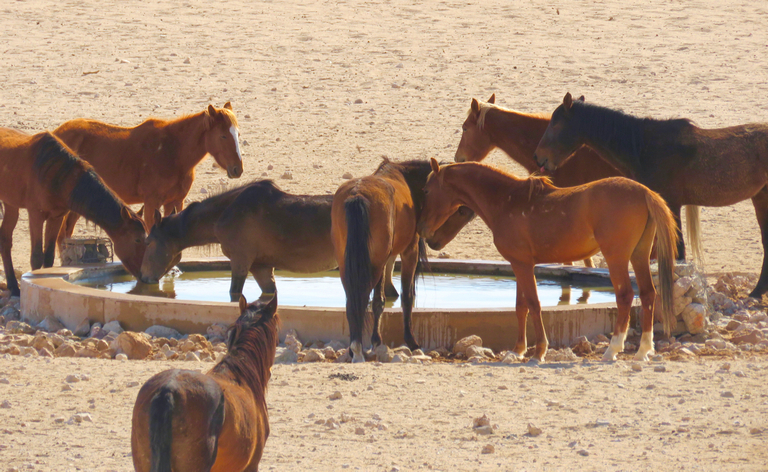 There is a certain mystique to animals that once were tamed but now have returned to the wild, to survive in an uncertain, changing world of heat and dust and pitiful rainfall. Southern Namibia’s feral horses are such a breed. Ranging within a 20km area near Aus, just east of the southern tip of the Namib Naukluft Park where it meets the desolate Sperrgebiet, they have become a lure for passing travellers.

The horses have become more visible in recent times as severe droughts have driven them to a permanent source of water at a pumped trough near a spot called Garub, which is situated alongside the B4 highway. During World War I, Union of South Africa troops were based here over a 10-year period, taking advantage of the borehole water supply. The flat expanse of desert plains to either side of the B4 make sightings of the wild horses a distinct possibility, and today they are a major visitor attraction. 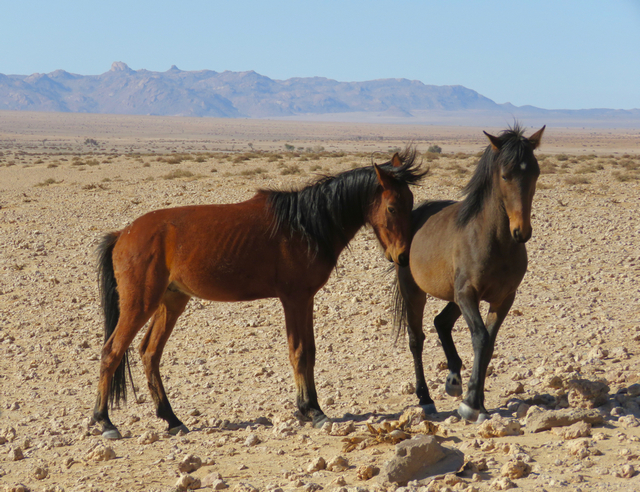