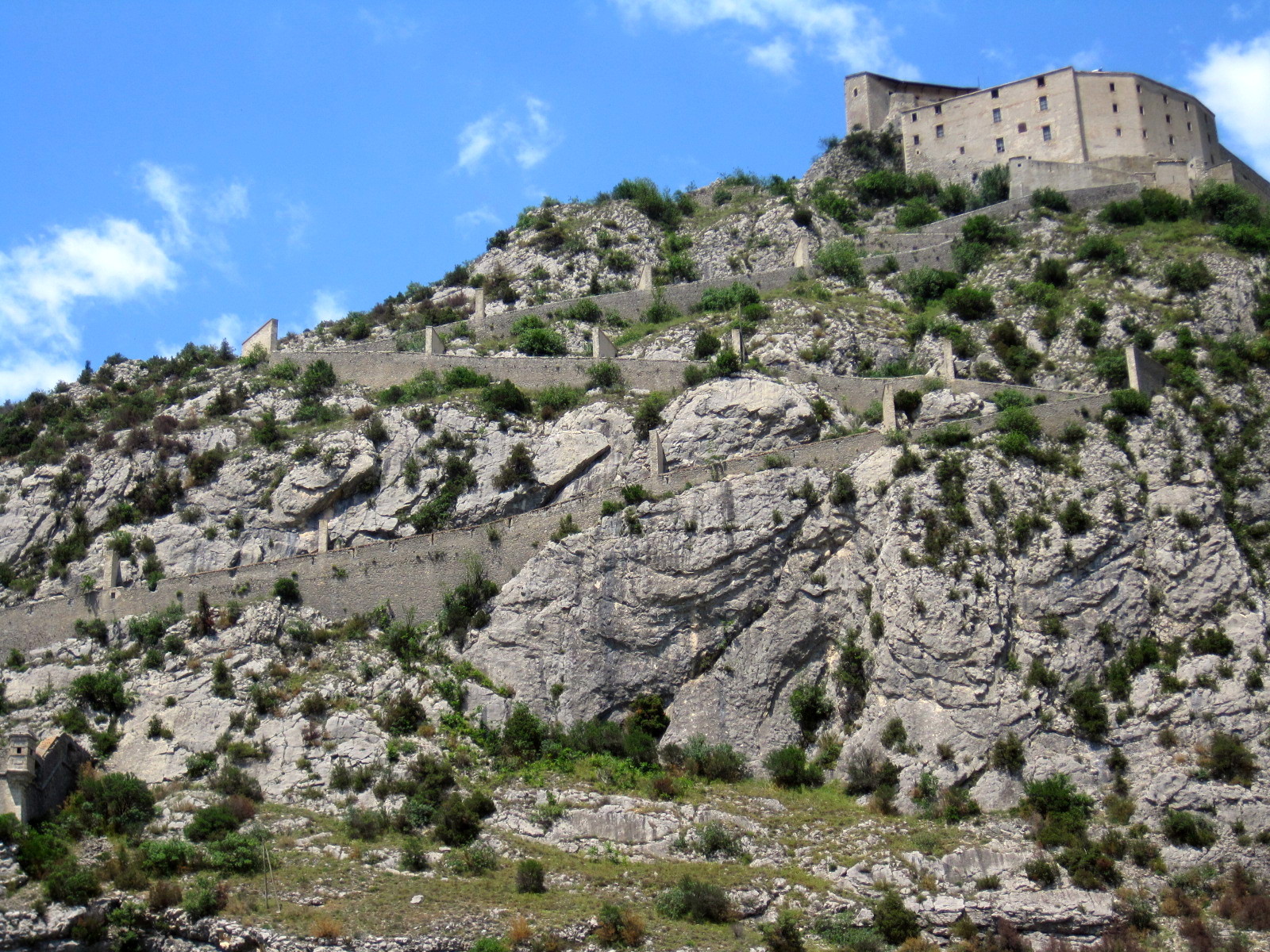 Our 9-hour (ouch!) trip from Acquacalde to Valensole in the Hautes-Alpes area of Provence crossed beautiful wooded country, up and down hills and past mountains, some with crusty gun-metal-grey rock cliffs. It was so hilly it could only be traversed via an unending string of tunnels. The Italians must have spent the last two centuries drilling holes through mountains … we spent more time below ground than we did beneath blue sky.

After hitting Nice, we followed the Route de Grenoble which contoured the edge of the Hautes-Alpes. An interesting interlude was a drenching downpour, forcing us to negotiate huge spraying water drifts along a tight winding valley, dramatic jagged peaks soared vertically above us. At times our Peugeot had to duck under solid rock overhangs. This part of the Alpes is beautiful: layered rock sometimes thin as phyllo leaves, at other times varied-width rock bands, sometimes stone fins jutting out like book spines. We passed an enormous lake, in a weird chalky turquoise, that went on and on between the interlocking spurs of the mountains. There were also the wing spans of huge vultures planing in the sky; confirmed when we passed a village with two gate posts topped by statues of vultures.

The first sign that we were in France was the laddered lines of plane trees lining the road and their lovely dappled shade. And lilac-blue shutters. Passing by Entrevaux (meaning “between valleys”) was a lovely surprise: a 17th-century citadel commandeering a rock pinnacle, packed-stone walls zigzagging up the slopes. 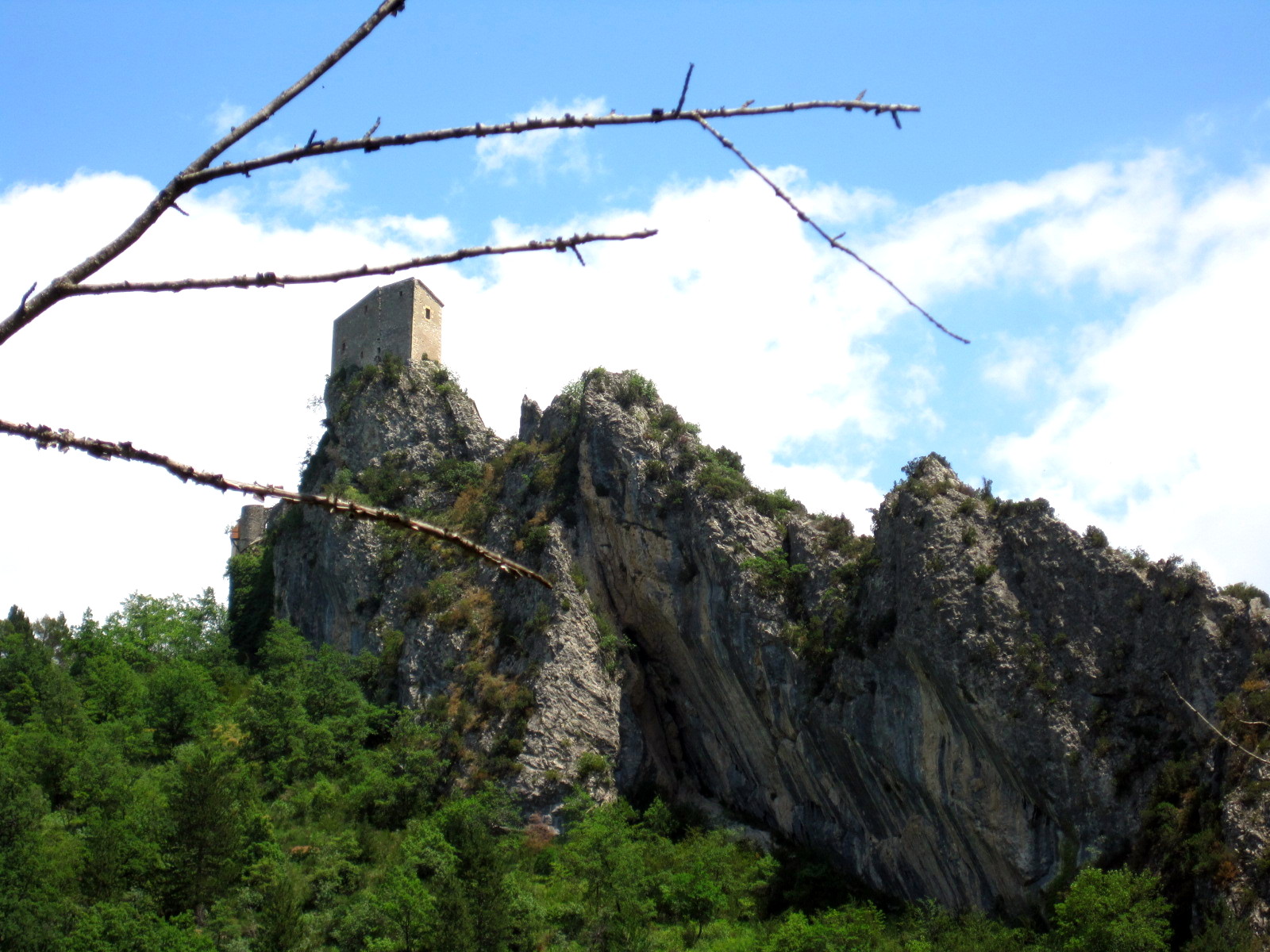 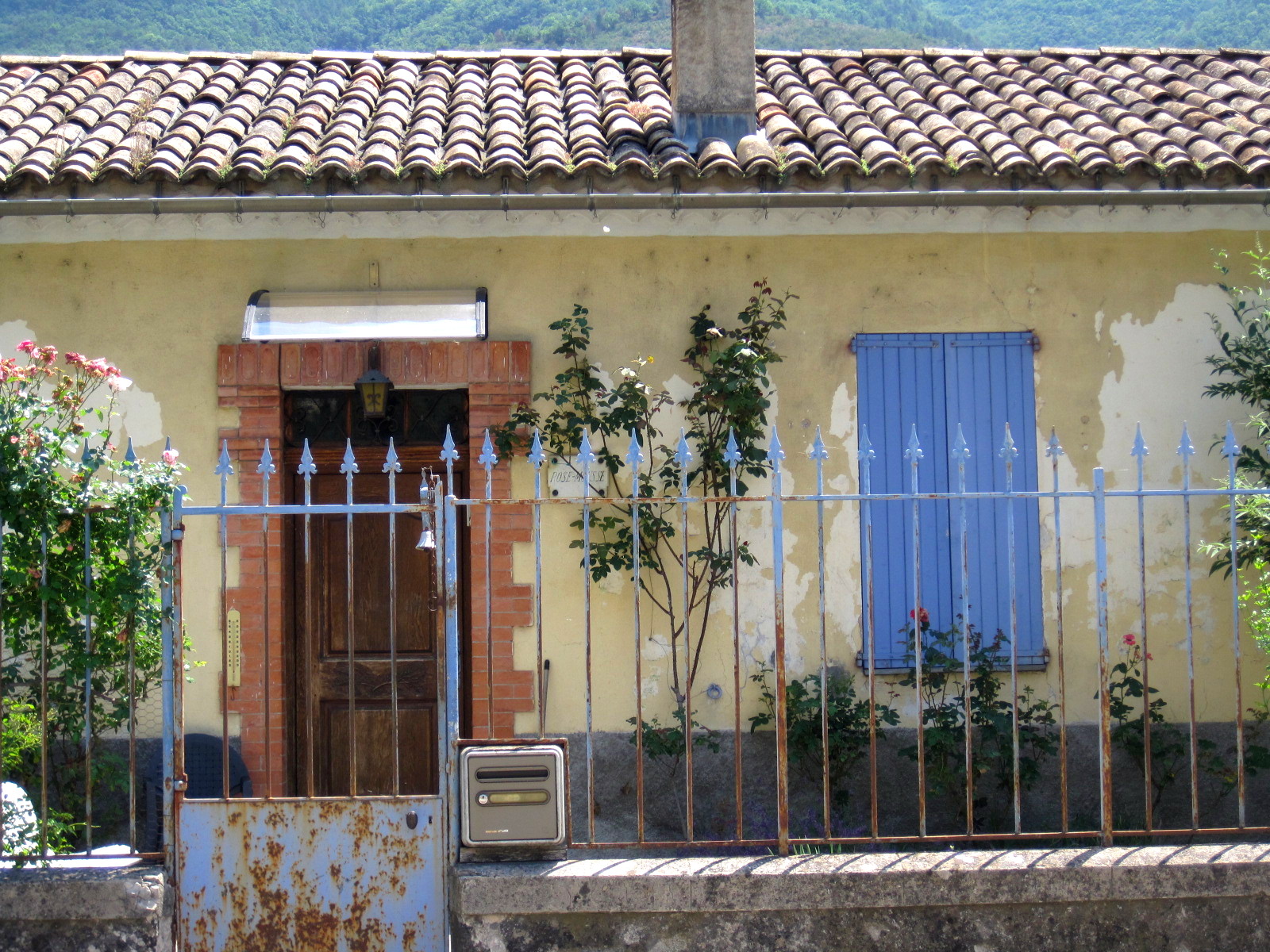 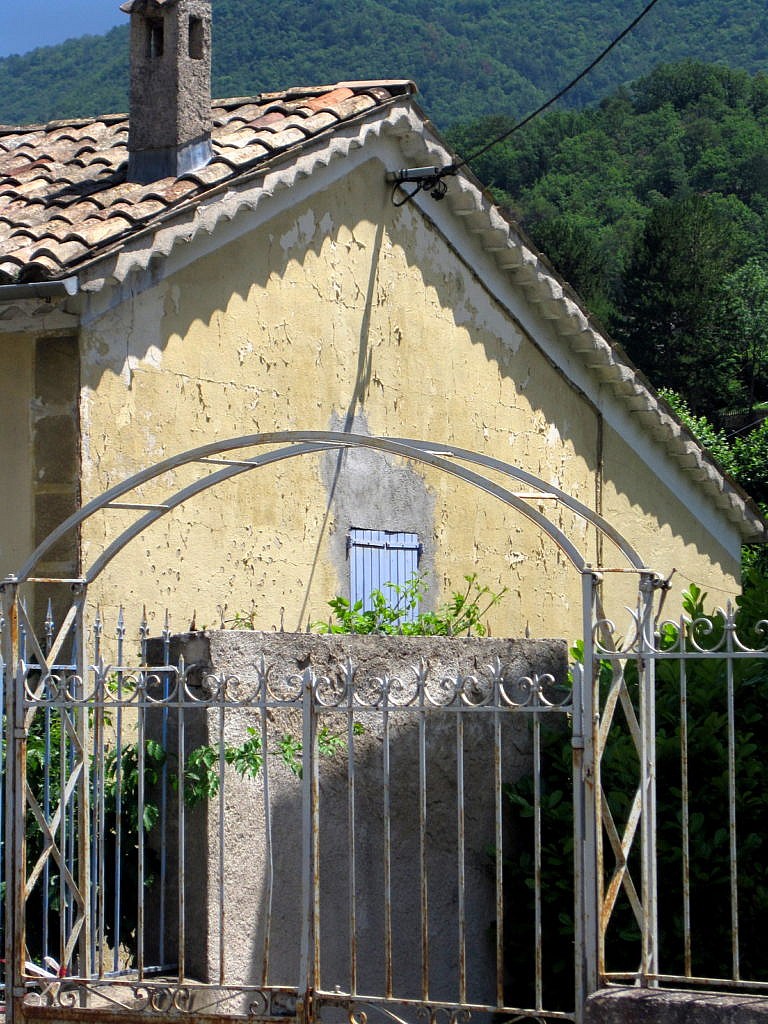