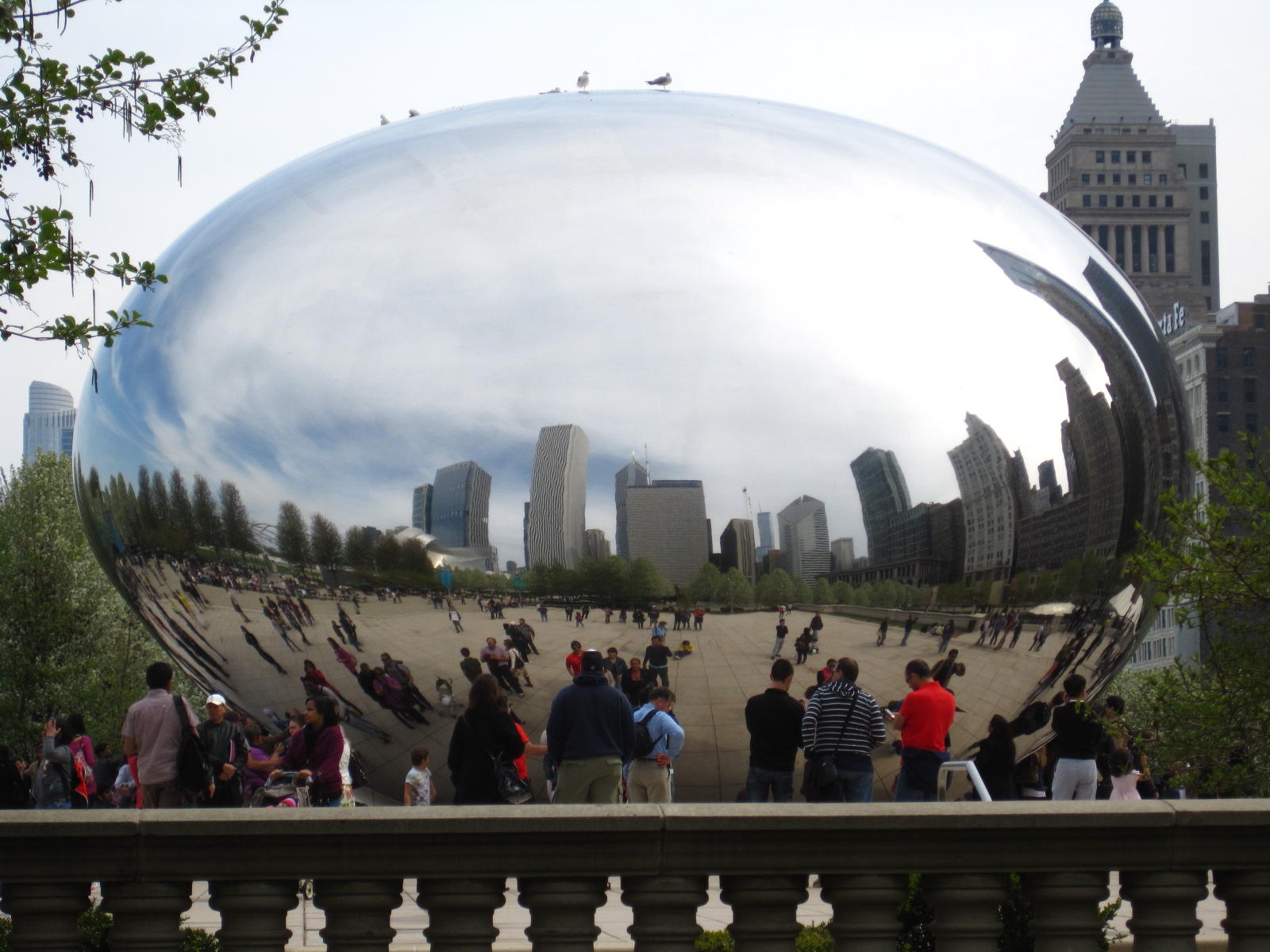 Reflection … the projection of mirror-like images … alternatively, careful/long consideration or thought. The two don’t appear to have much connection, do they? South Africa is engaging in much serious reflecting right now, since our national elections are just around the corner. Maybe it’s about thoughts being so long and considered that they’re eventually reflected back at you.

So how to portray these angst-filled machinations? I thought I’d spin to the other side of the “reflection” coin … the one of calm, peacefulness, and mirrored serenity (even if this does come from our travels in other parts of the world).

The truly amazing “jelly bean” of stainless steel, so polished it’s like liquid mercury, is by British sculptor (born in Bombay/Mumbai) Anish Kapoor. Called “Cloud Gate”, Kapoor explains: “The idea was to draw in the sky, the skyline … at the same time allowing you to enter it like a piece of architecture that was pulling your own reflection into the fulcrum, making a kind of participatory experience.” You’ll find it in Chicago’s Millennium Park. 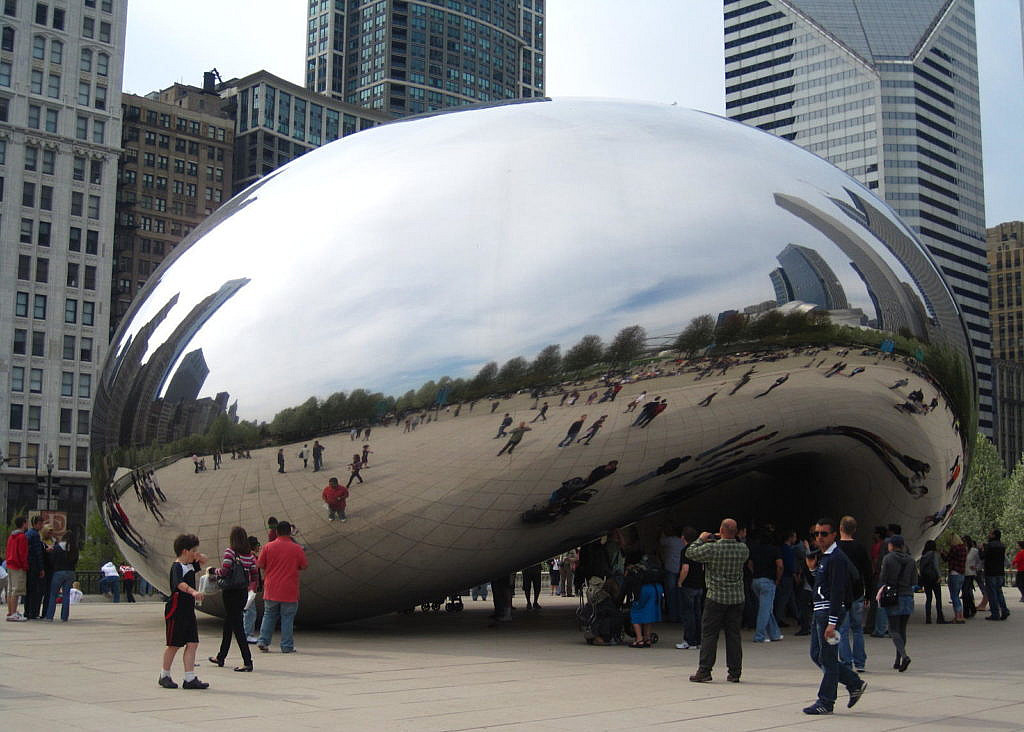 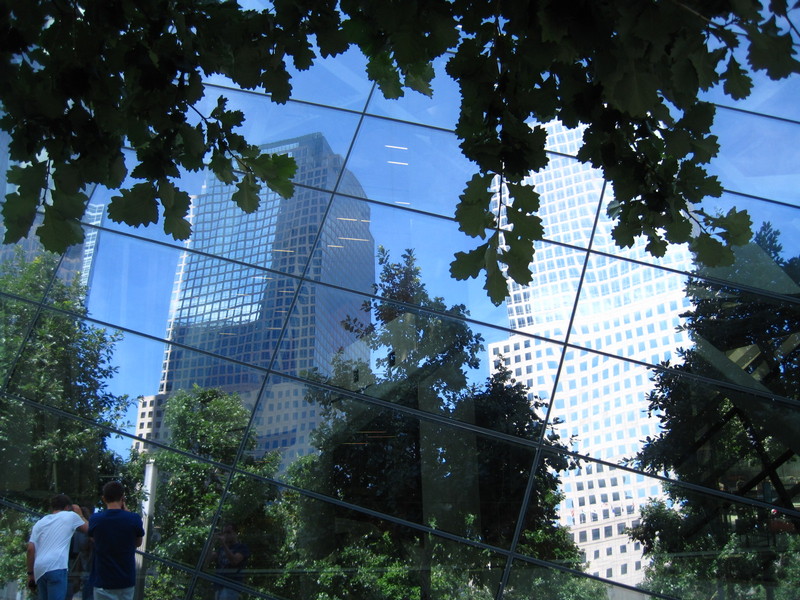 Buildings reflecting buildings, the museum at the September 11 Memorial at the new Ground Zero, where the first completed tower has been named 1 World Trade Center. Below  NYC‘s design-focused The New School. 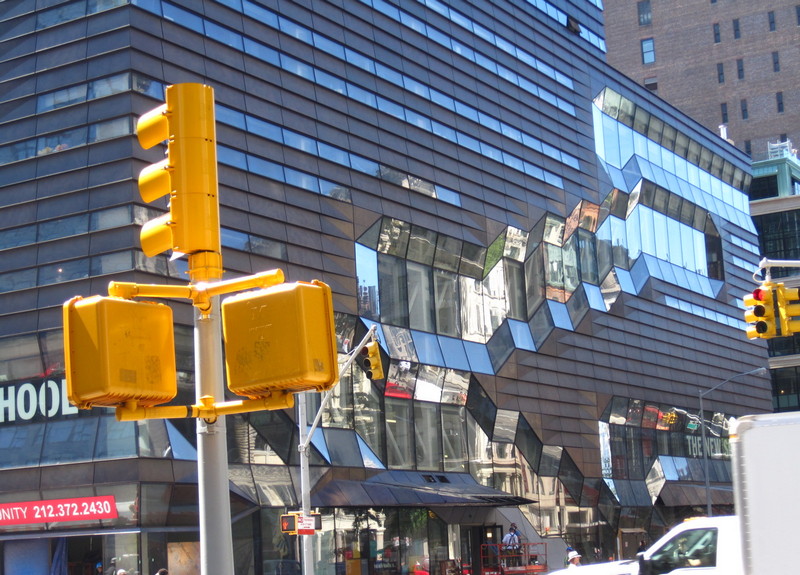 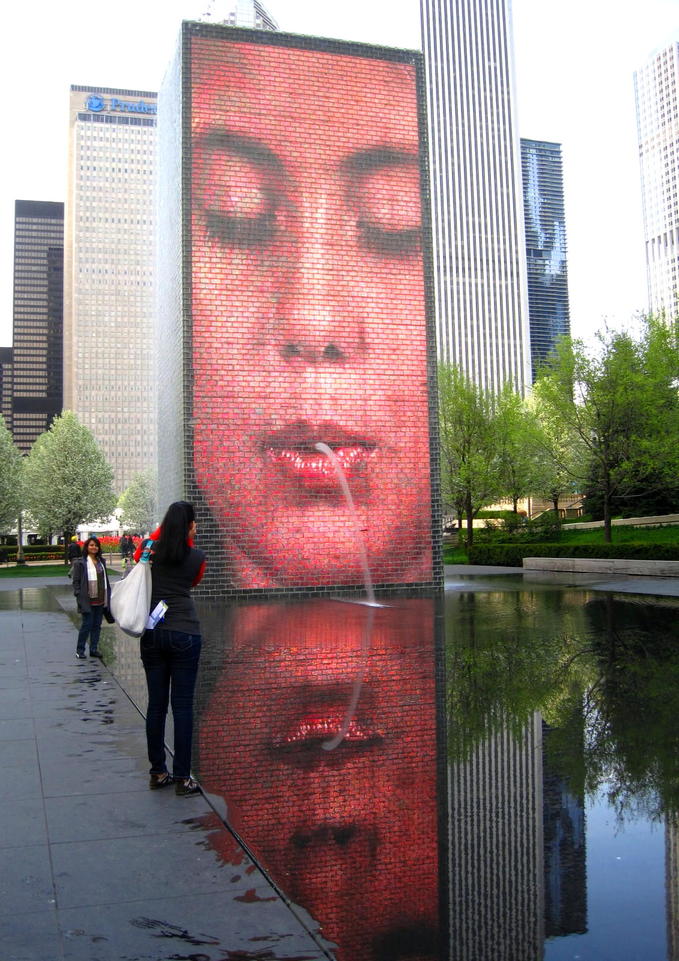 An ingenious concept. These 50 ft glass-block towers (22,000 10lb blocks used) at Crown Fountain project ever-changing video images of 1,000 Chicago residents’ faces. Designed by Spanish artist and sculptor Jaume Plensa, the idea was, through the use of water, light and glass, to imitate gargoyles — water flowing out of the mouths at different intervals is a symbol of life. 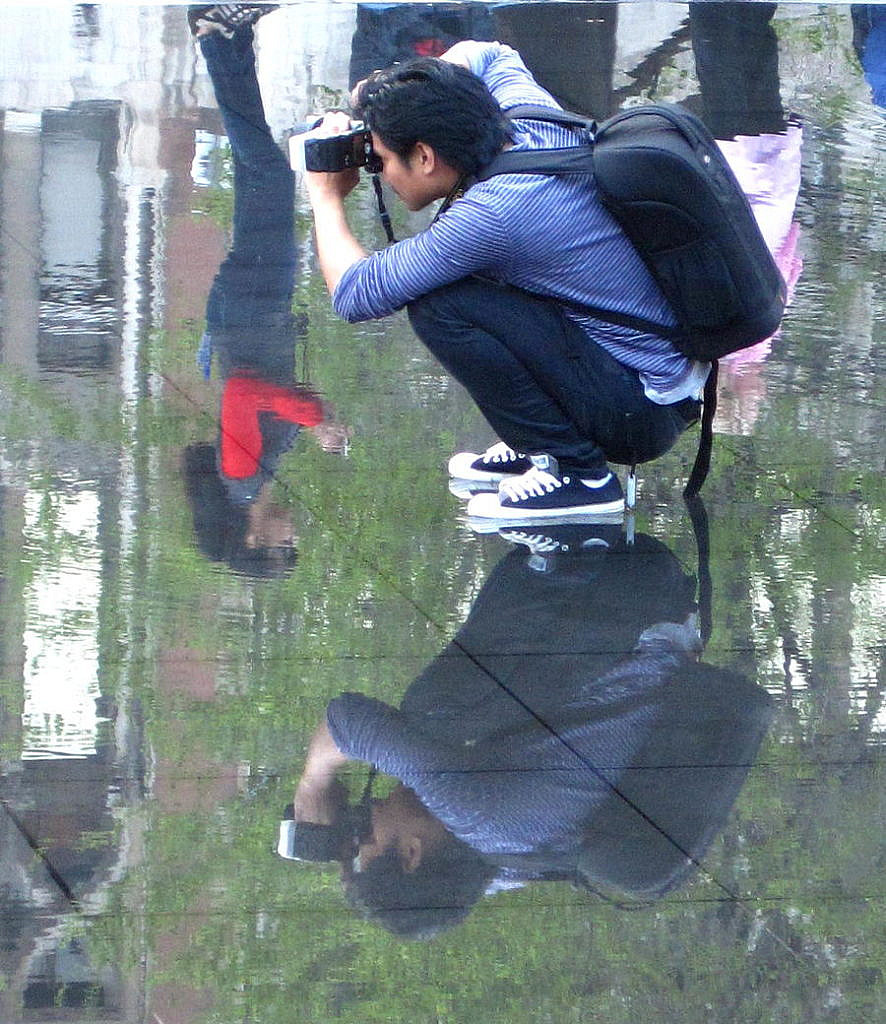