According to the guidebooks, the East side of Berlin is where the cool, hip dudes hang out. Think decayed grunge areas that are now attracting artists and creatives and young free-thinking individuals to settle in and do their thing. Of course we couldn’t leave Berlin without saying we’d been there. Also, there’s the East Side Gallery, a long series of old Berlin Wall panels that, in 1990, were painted by artists from around the world. It stretches for 1.3 kilometres along the Spree River. Most of the wall paintings were restored by the original artists in 2009.

After we’d seen the really disgusting, majorly-grunge panels outside the Sony Center (hundreds of people have stuck their chewing gum on the lower part of the panels, which has hardened like an installation of bottle caps), we were up for an alternative. Never mind the trash around the foot of the walls that never seems to get cleaned up. We’d been warned about the seedier installations of Berlin Wall panels. Full disclosure here: we actually never made our way to Checkpoint Charlie as the reports weren’t good. 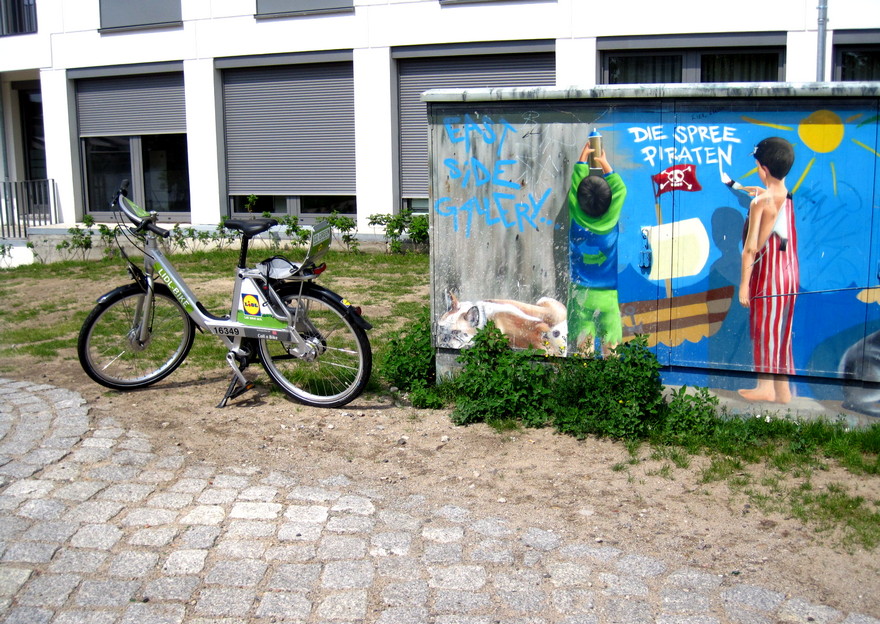 If you can read the writing, this is the start of the East Side Gallery. 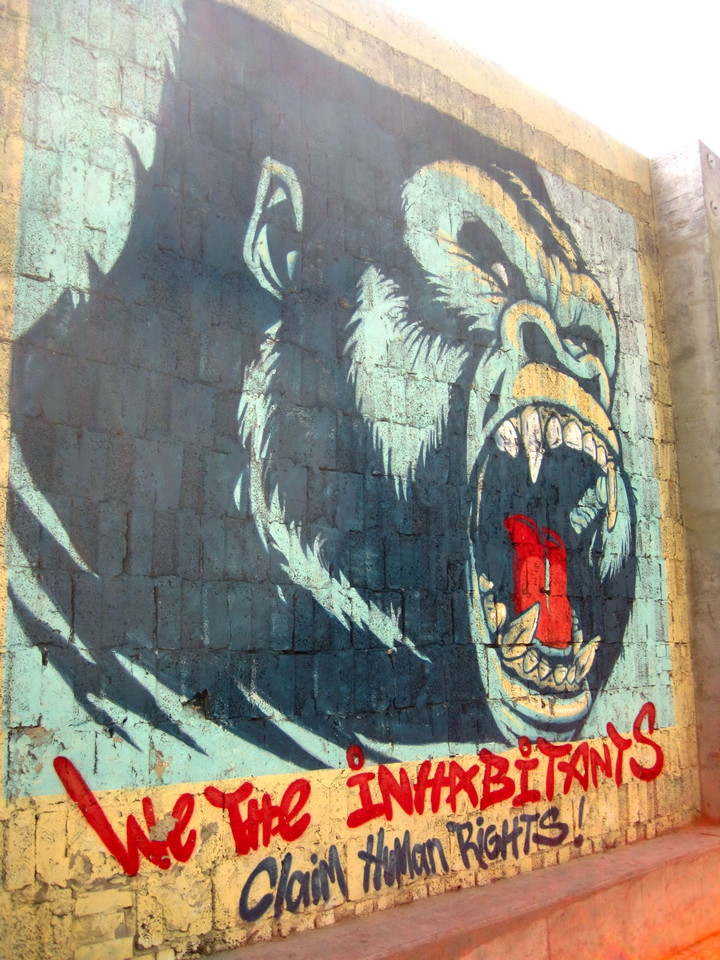 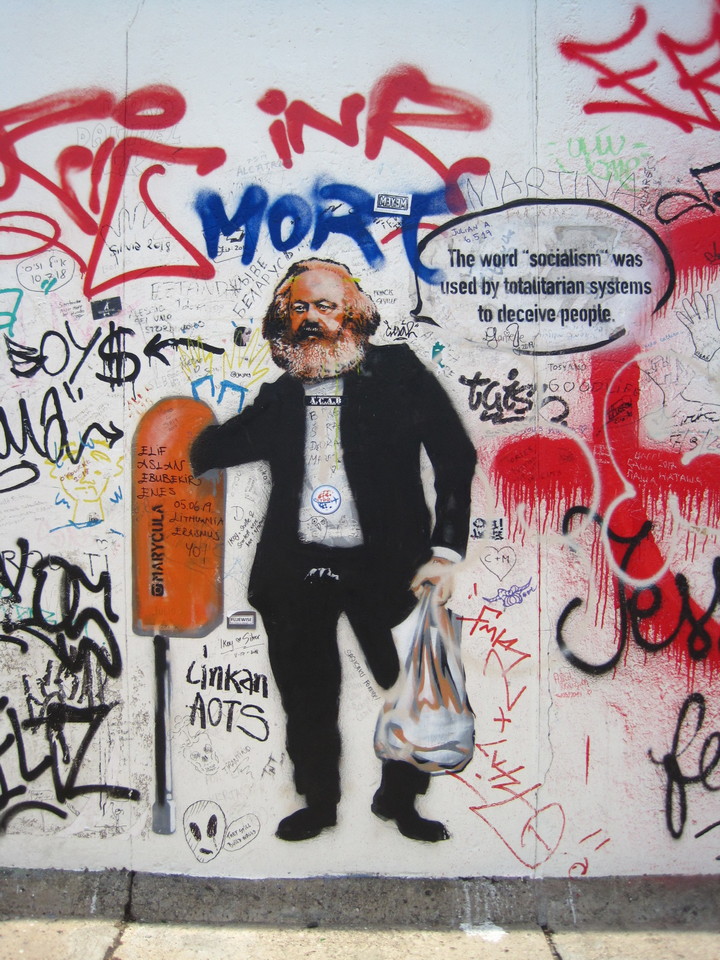 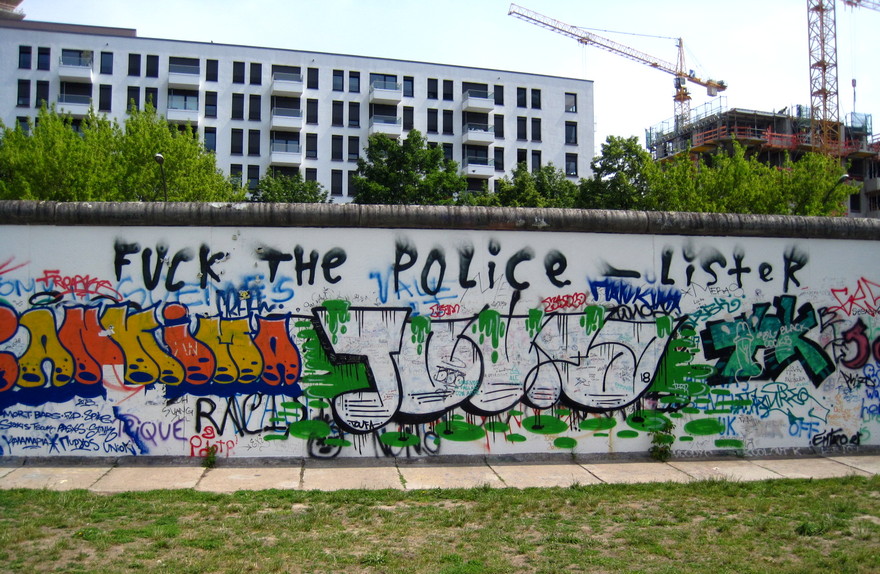 Free to express your views, that’s for sure. 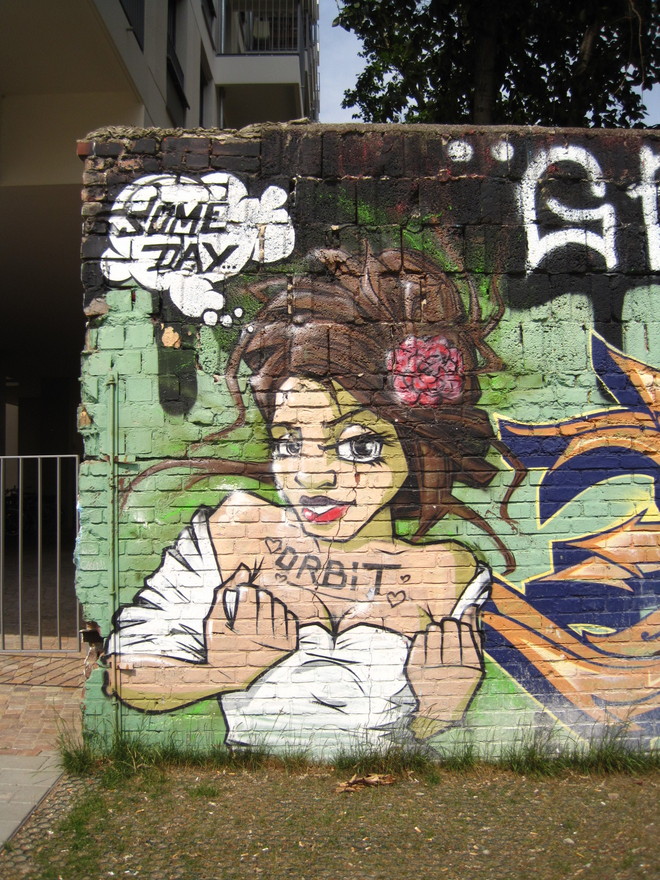 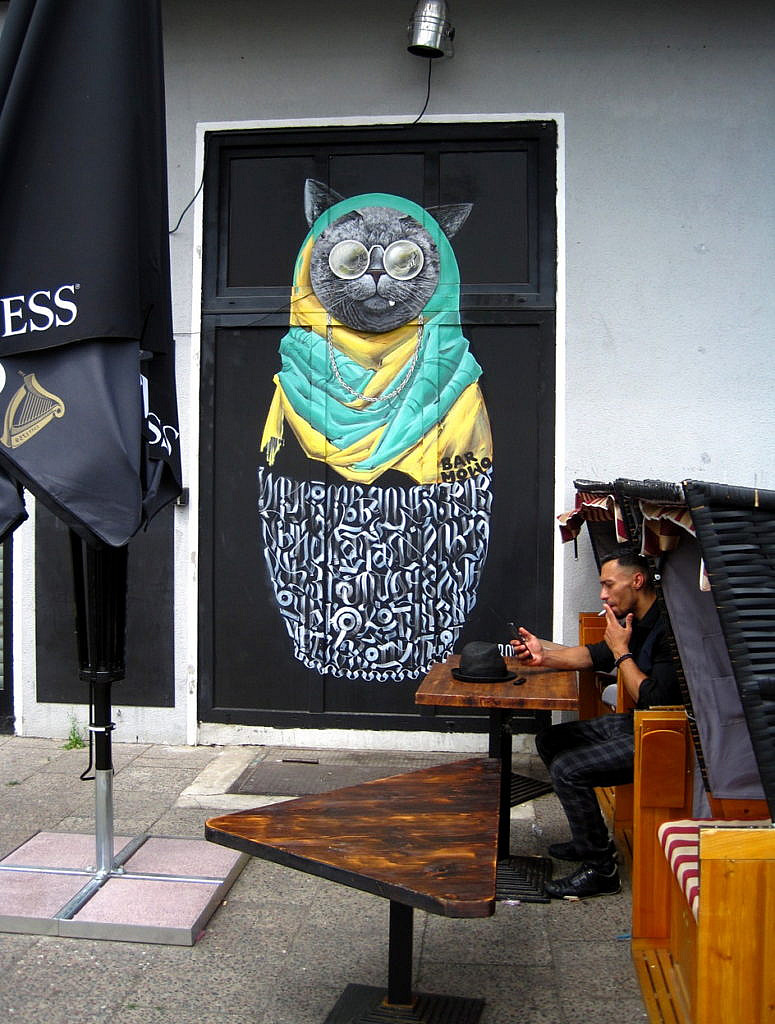 Above right was actually at a coffee shop along the way called Momo. 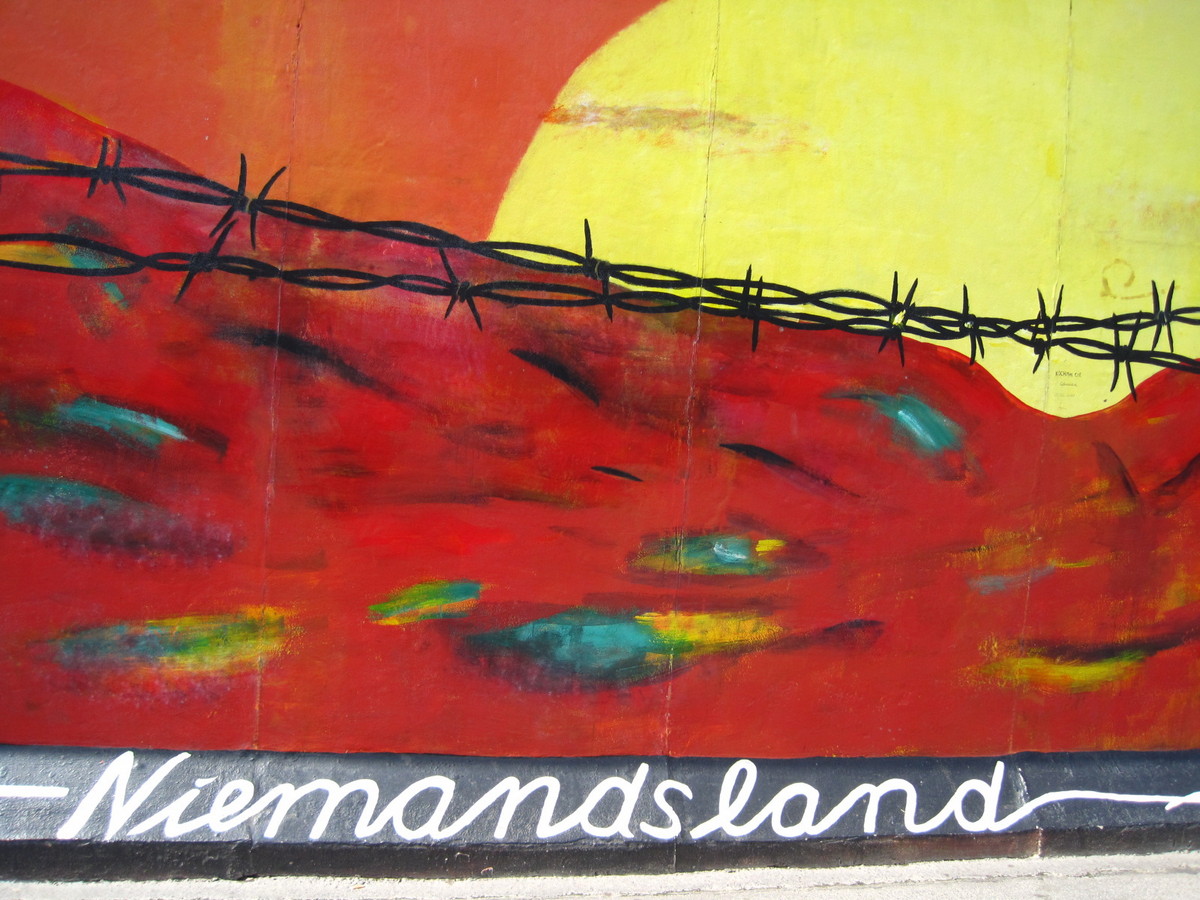 The German translates as “No-one’s land” or, I suppose, No man’s land. 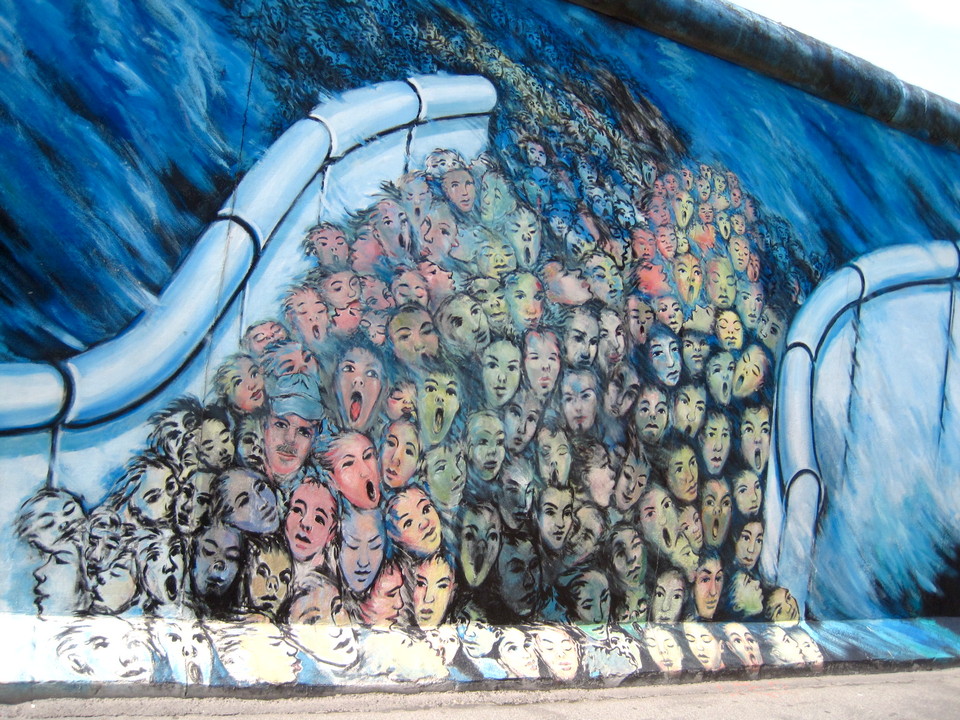 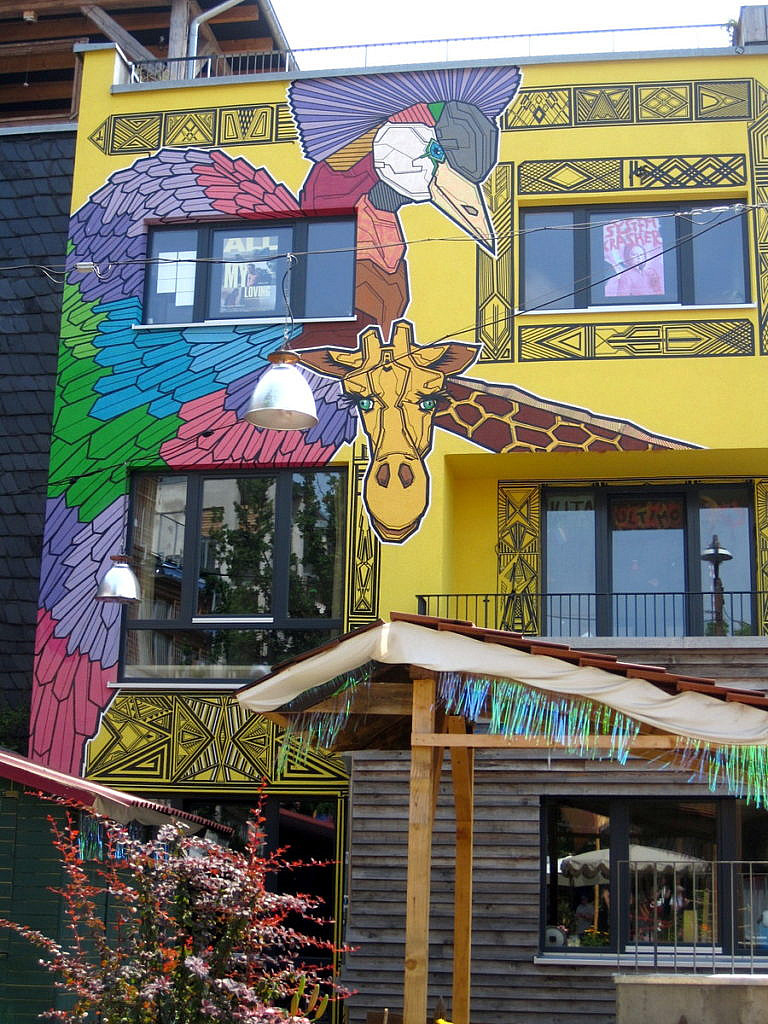 Leaving the East Side Gallery we chanced upon this extremely alternative hotel, which had a coffee shop in its back garden, where we had a good espresso and rhubarb and nut tart (that was breakfast at midday). Hirsh discovered that the barista was a South African! He said we were the second South Africans in at least a year he’d encountered in this area!!! Such intrepid explorers in the great wild beyond we are … 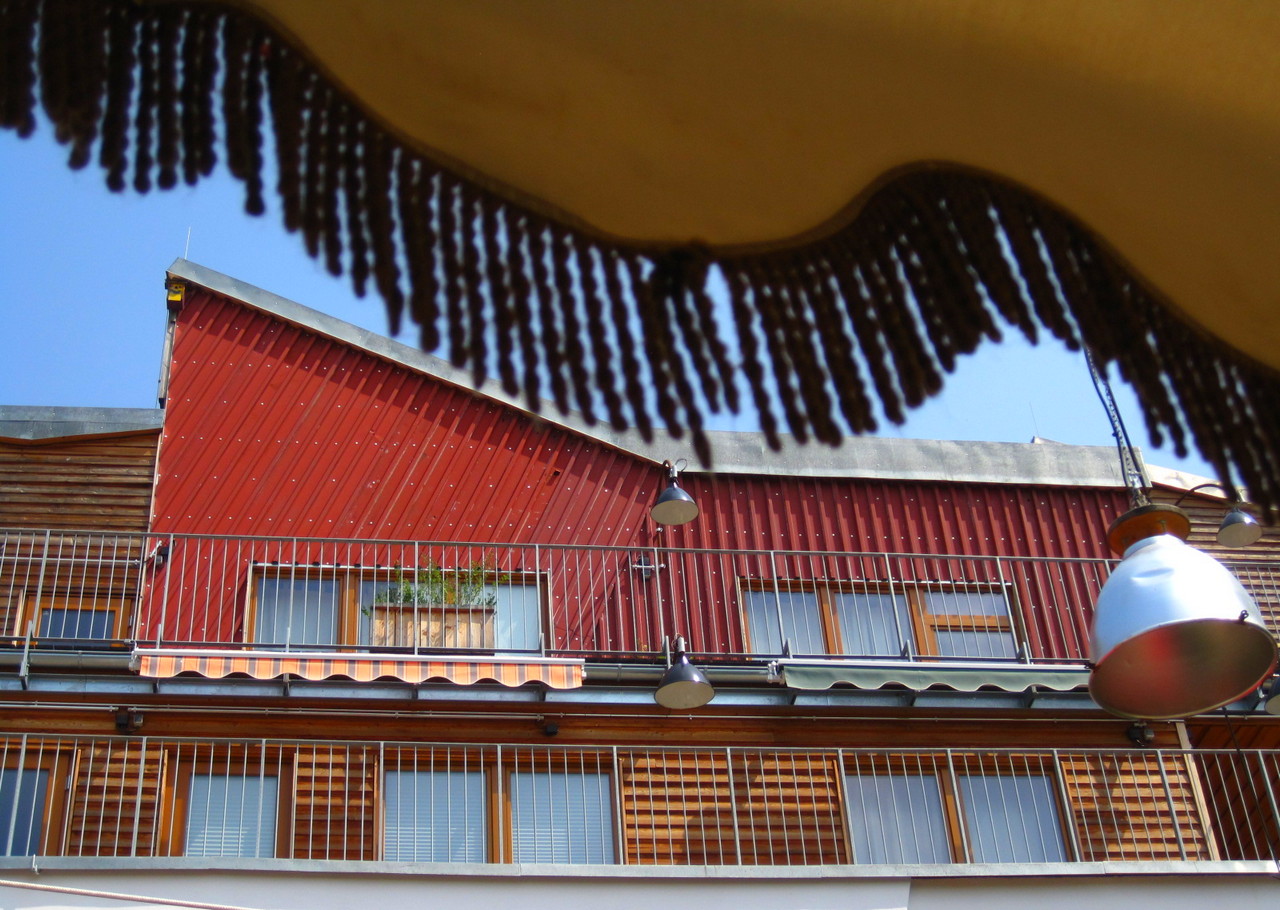 This was a view of the hotel (and this is the good part) from under our umbrella in the back garden. 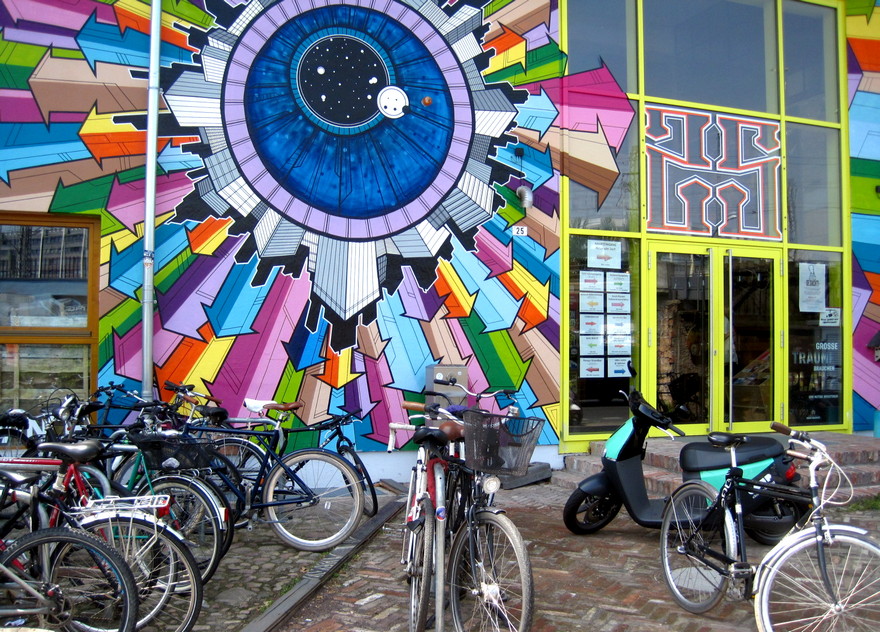 This was the hotel from the street. Funky’s not the word. 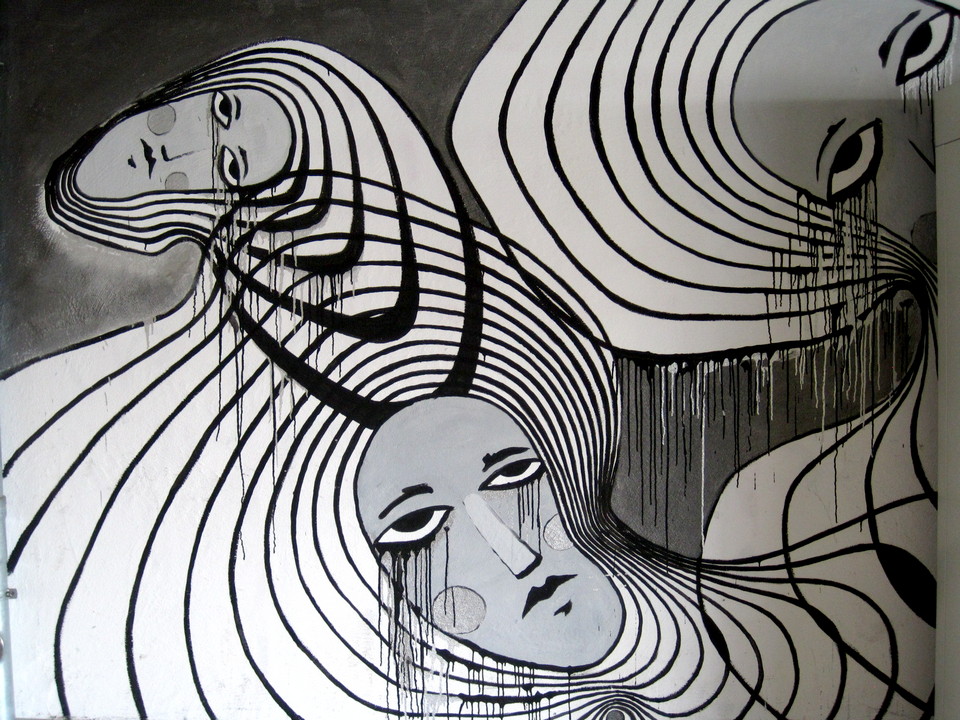 Wall art in the back yard … creatives definitely hang out in these parts. 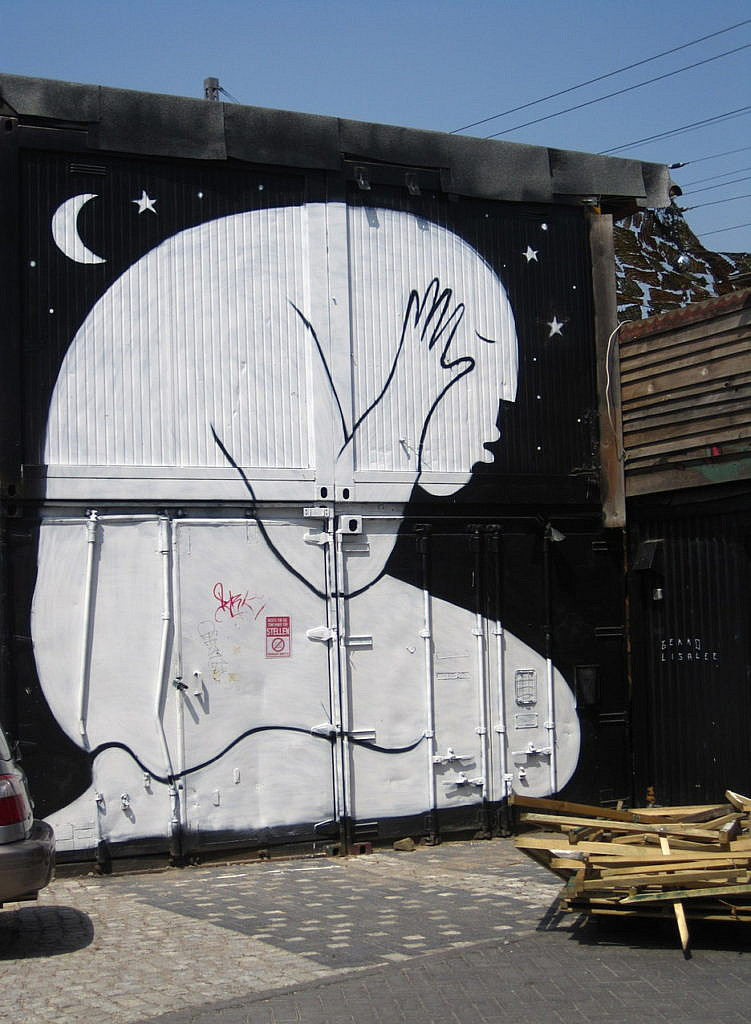 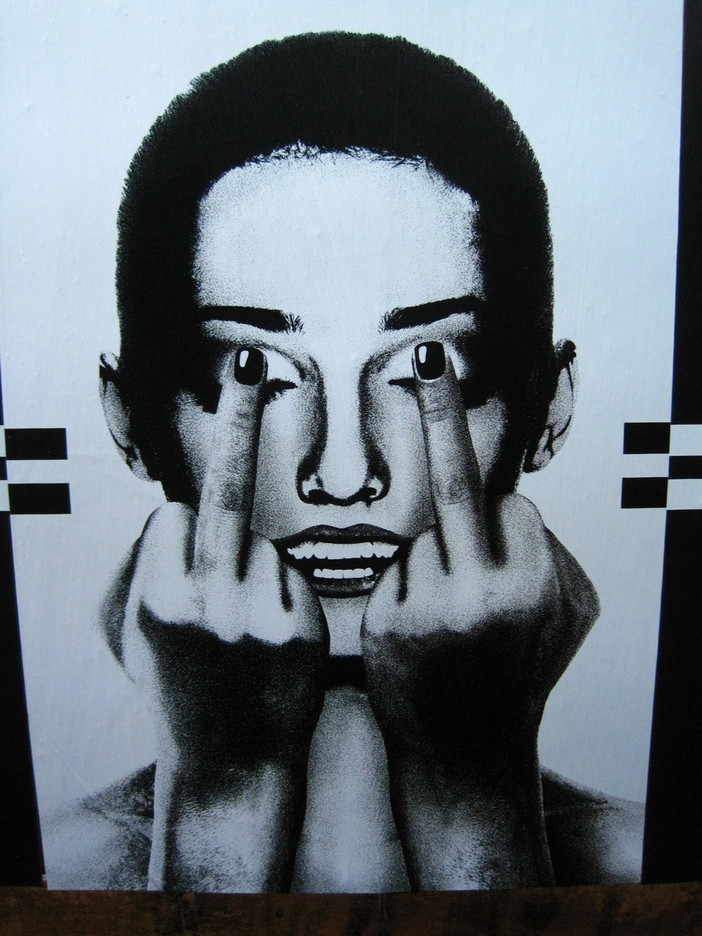 Left Back yard of the hotel, right a poster in a construction passage tunnel.