Kgalagadi is a hard nut to crack. Yes, yes, it’s the best wild precinct for Big Cats. Cheetah, leopard and those amber-eyed lion with beautiful dark manes. Put it down to the swathes of lustrous-gold grasslands to hurtle through and broad open riverbeds to stake out, filled with giant herds of springbok, gemsbok and wildebeest. And yet this transfrontier park is so vast, there is such space and amplitude within which the wildlife roams, that it’s enormously frustrating at the same time. The constant reports you hear of exciting sightings others have made … by the time you get there, the spotted / rosetted / dark-maned (take your pick) feline is long, long gone. FOMO at its most insidious.

And then Kgalagadi surprises you. Like it did us one afternoon.

Just for some background, those of you who’ve been there will know. Two generally dry riverbeds, the Auob and the Nossob, cut across Kgalagadi south to north from Twee Rivieren in a loosely curved V-shape. Sandy, stony, corrugated roads follow both riverbeds, forming the park’s two main touring routes. The only way to get from one dry riverbed to the other is via two crossroads in the south, which connect the Auob and Nossob. They slice across red-Kalahari-sand dunelands where vegetation is grey-green, sparse and spiky. Wildlife here is largely absent. Which is why most people barrel through in clouds of choking Kalahari dust. 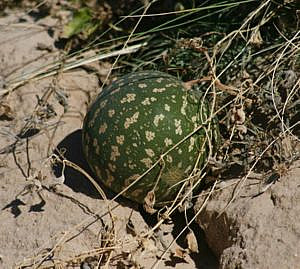 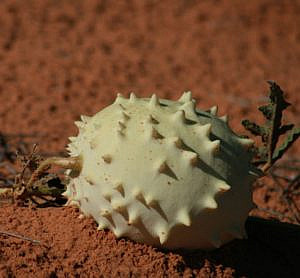 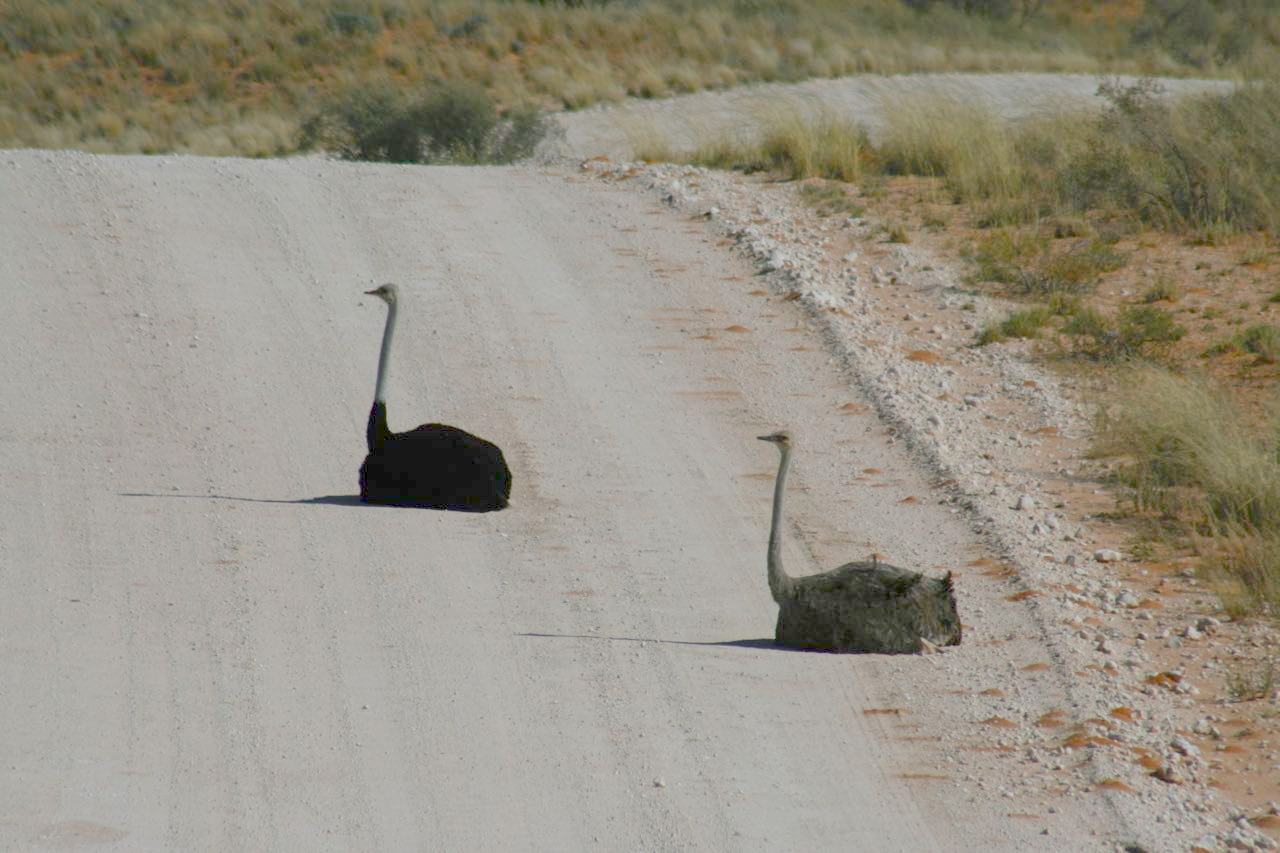 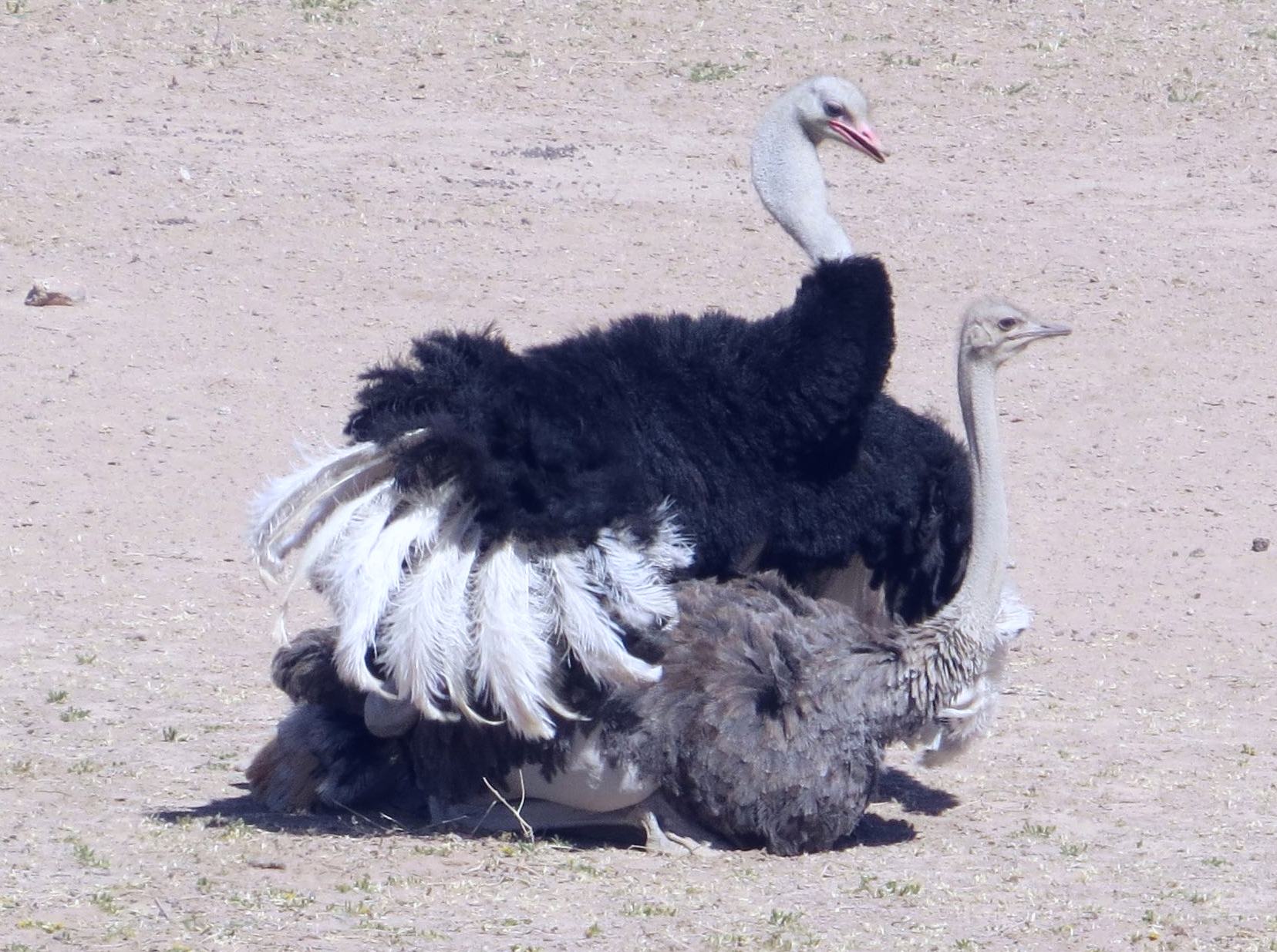 Sometimes they get up to stuff, with feathers flying … 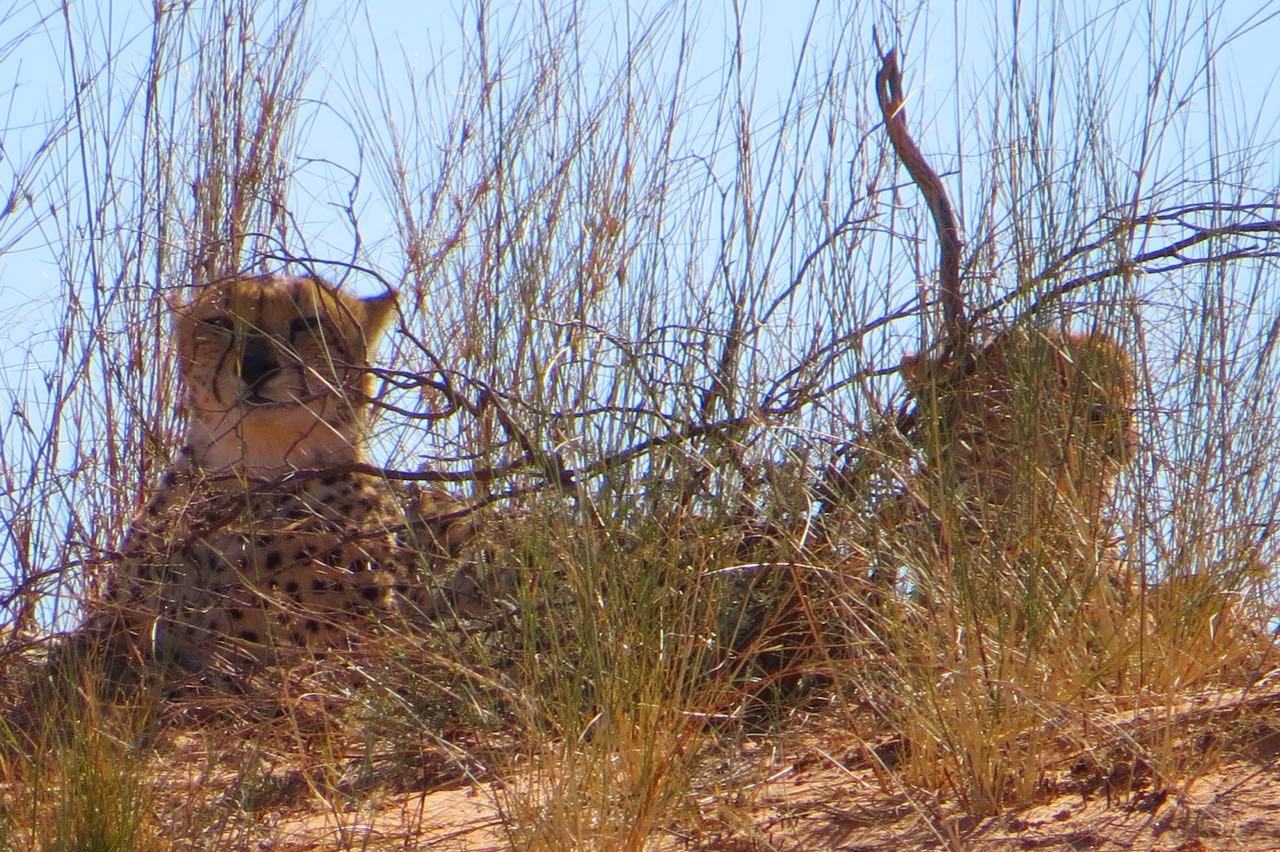 There, but not there. You gotta keep your eyes sharp …   [All photos by Hirsh] 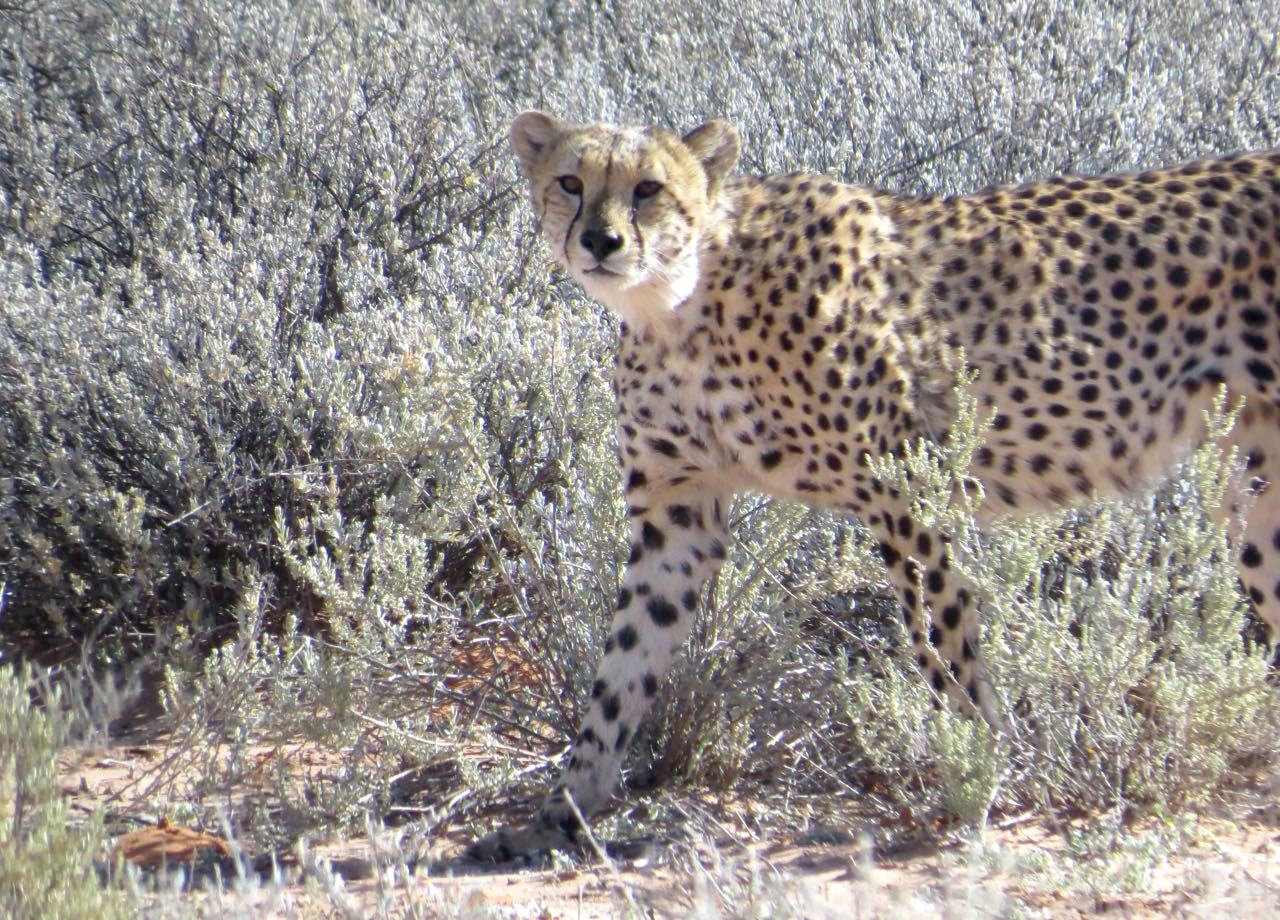 On the move after descending the dune, interrupted by a moment of uncertainty … 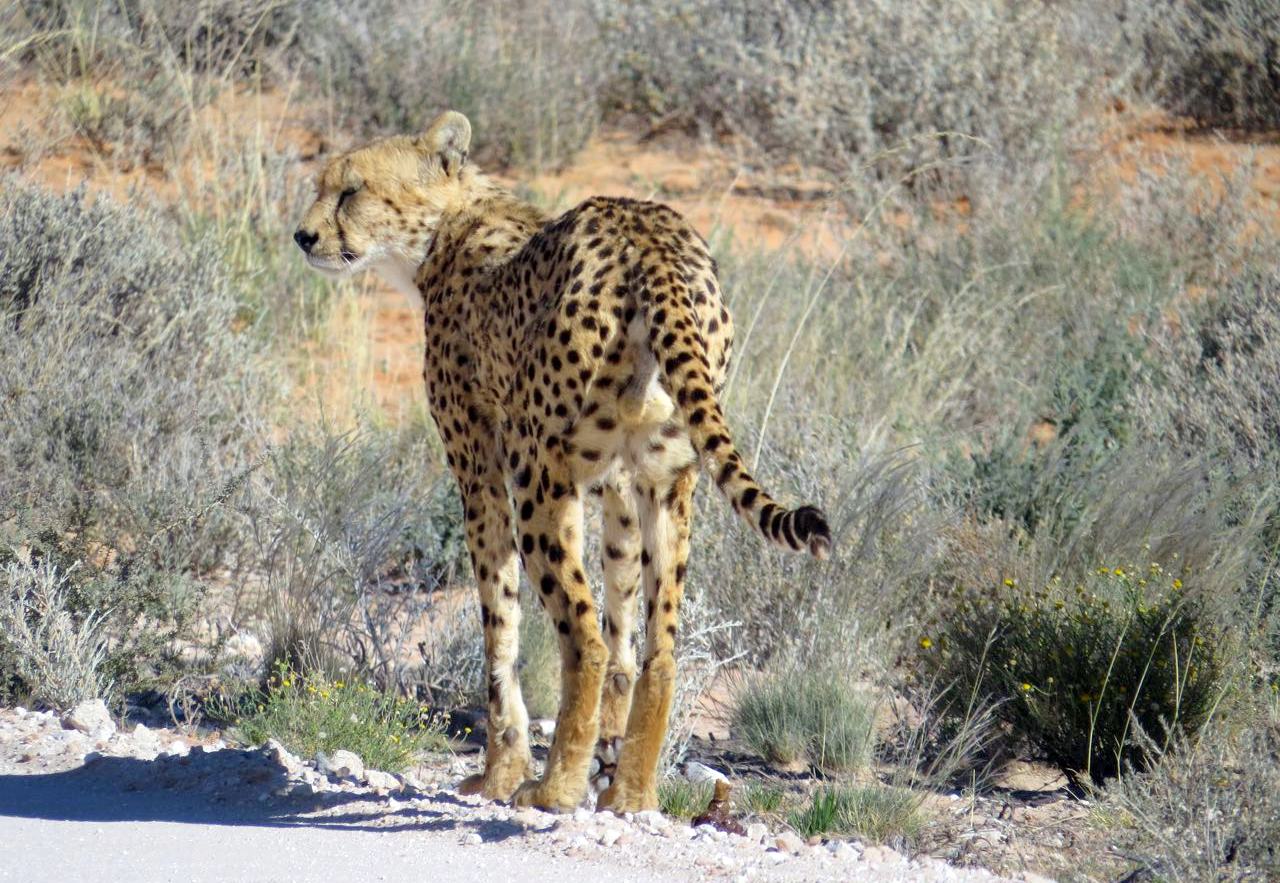 Brief pause just to check that those humans aren’t up to anything stupid before finally moving on. Got some sand dunes to cross …

Did you know that the name ‘cheetah’ derives from the Sanskrit words citra, which translates as ‘variegated, adorned, painted’, and chitraka, meaning ‘spotted one’.

So the moral of the story is … take your time when you make use of those crossroads. You never know when fleeting Chance will decide to drop by.