… with apologies to the original song by Dinah Washington (and Natalie Cole).

“… what a difference a day makes,
Brought the sun and the flowers,
Where there used to be rain …
There’s a rainbow before me”

The singer was talking about the effects of love and kisses, but I’m talking mountains and weather. And when, in South Africa, the subject concerns mountains of staggering size and stupendous grandeur, the Drakensberg is normally what first comes to mind. Yet, we forget that the Eastern Cape peaks and precipices are in fact an extension of that very same Drakensberg range. And with such ancestry comes a host of exquisitely beautiful — and eminently drivable — winding, climbing, dipping, twisting mountain passes. There are so many of them that, on one 4×4 excursion, we drove 11 astounding passes in 3 days. 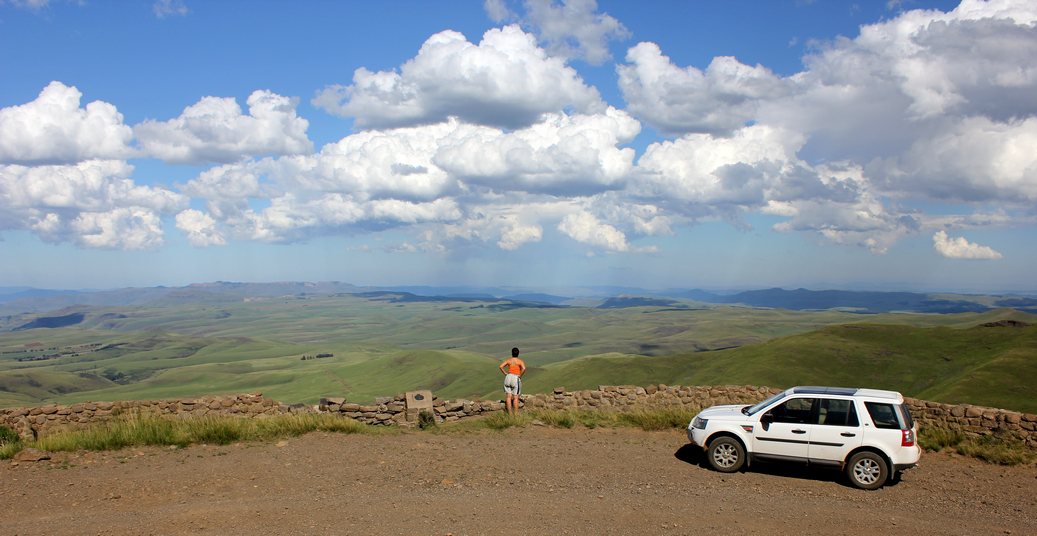 Naudé’s Nek is one such pass. The magic of it is that we’ve seen this circuitous byway under summer’s emerald-velvet mantle but also winter’s snow-fleeced cloak. Which is where “what a difference a season makes” comes in. Above Near the summit is a space to pull off for coffee or a spectacular lunch at the edge of the world. 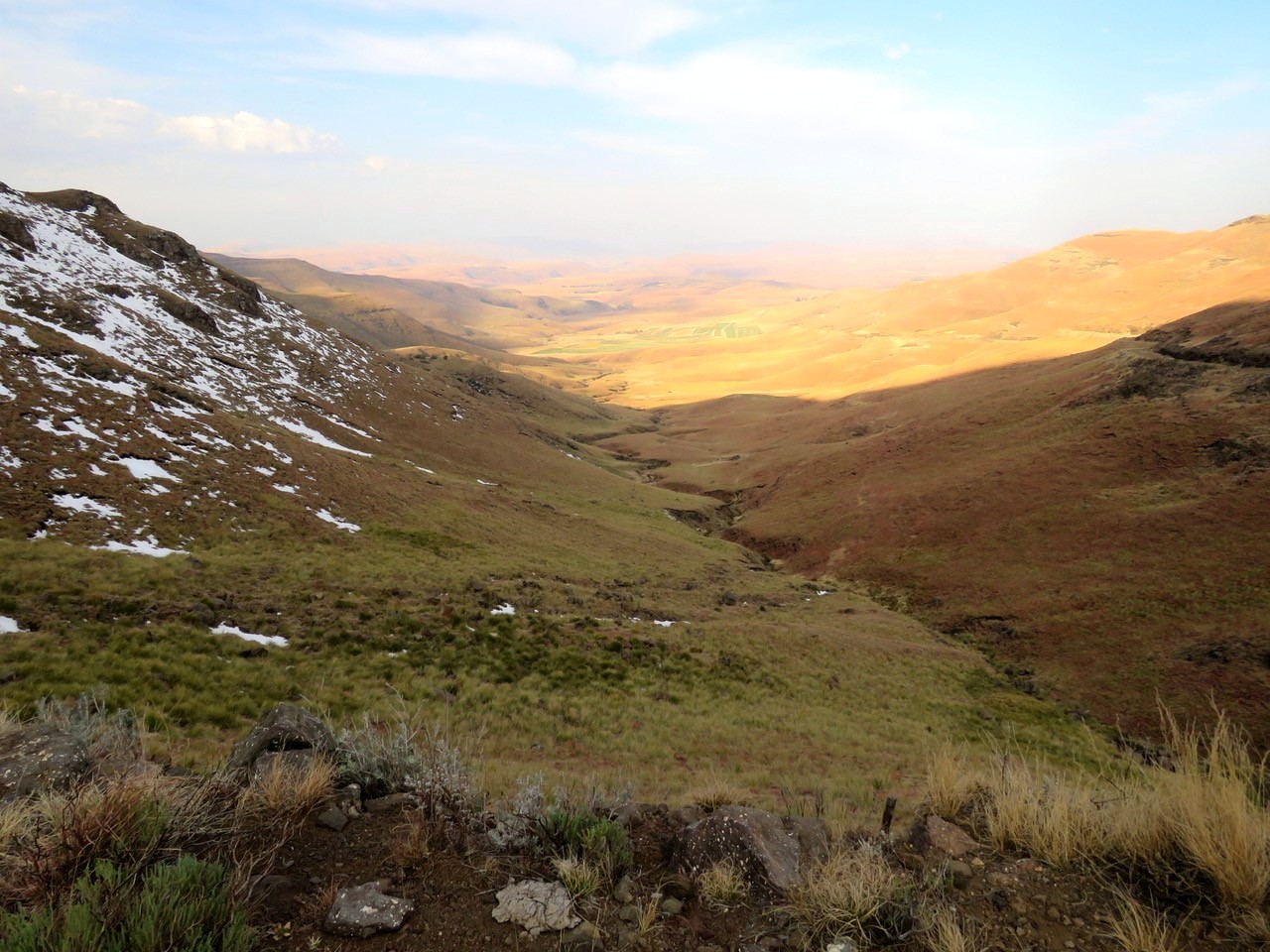 This is the very same summit view of Naudé’s Nek as the green one above, but this time deep in the grip of winter.

Entirely gravel, the road and its pass links the two small Eastern Cape villages of Rhodes and Maclear. Naudé’s Nek, in spite of its apostrophe in the singular, was in fact the work of two Naudé brothers, Stephanus David and Gabriel, who began constructing in 1896 and eventually finished in 1911. This was achieved purely using picks, shovels and two-wheeled wooden carts — hence the words ‘twee stoere boere’ (two tough farmers) which are carved into a stone monument at the foot of the pass. 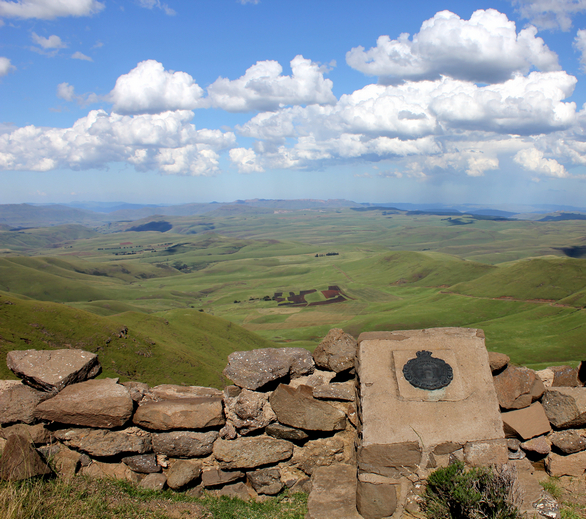 An old National Monument plaque once marked the amazing lookout spot just below the summit.
Today this packed-stone wall and plaque no longer exist — washed away by rain and snow! 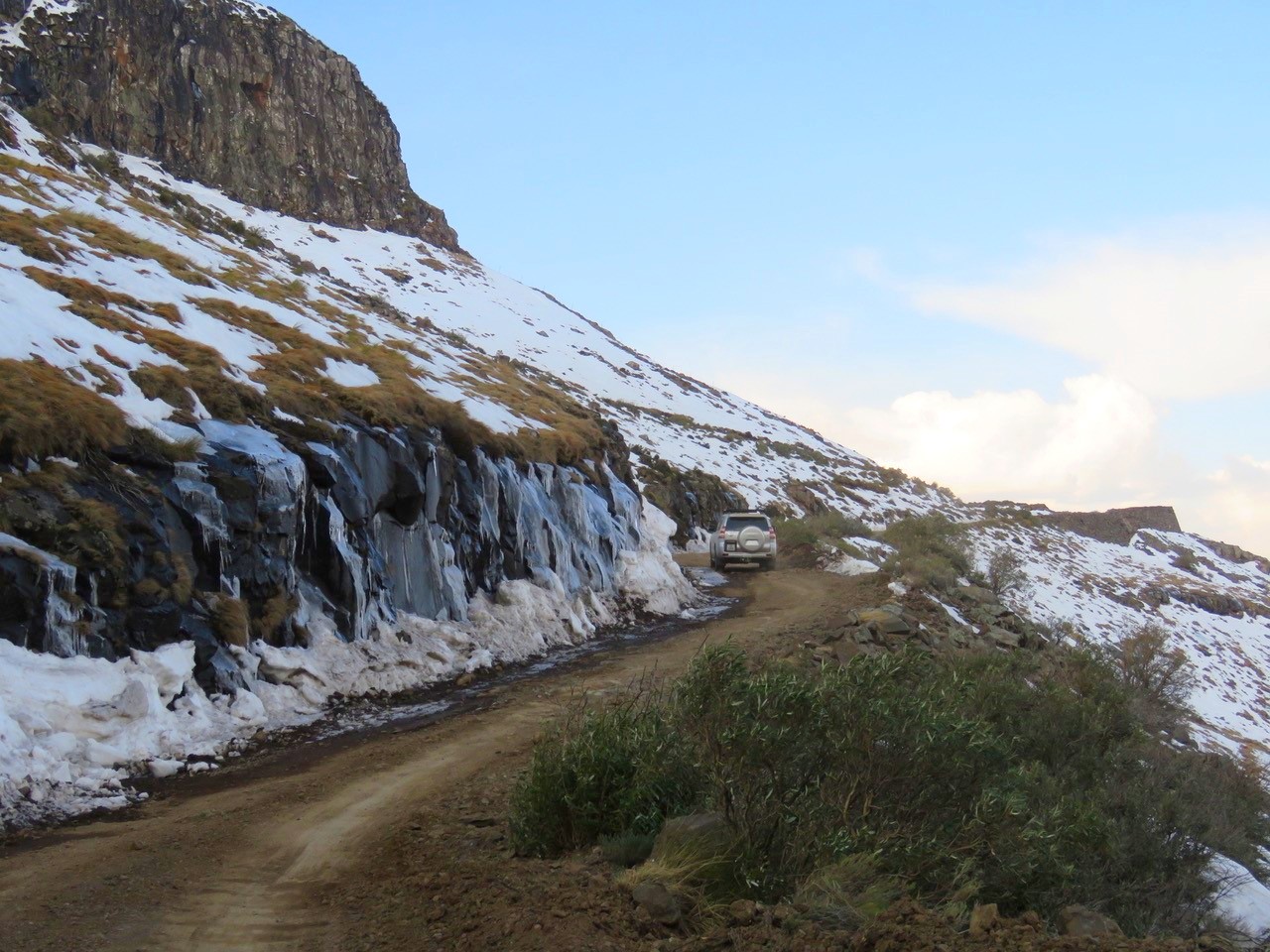 The track clings to the edge of a massive mountain slope, but gets itself into so many contortionist pretzels you can see the road grooving out curvy lines into the opposite peaks. Loopy bends double back on themselves, the road wavers and wobbles and zigzags as it travels from one mountain spur to the next. Sheer drops plummet to rounded hills in a wide faraway valley, with nothing but paltry bushes and upright stones to protect you at the road verge. An overcorrection or a slippery skid could take you on a precipitous tumble down a giant slope. 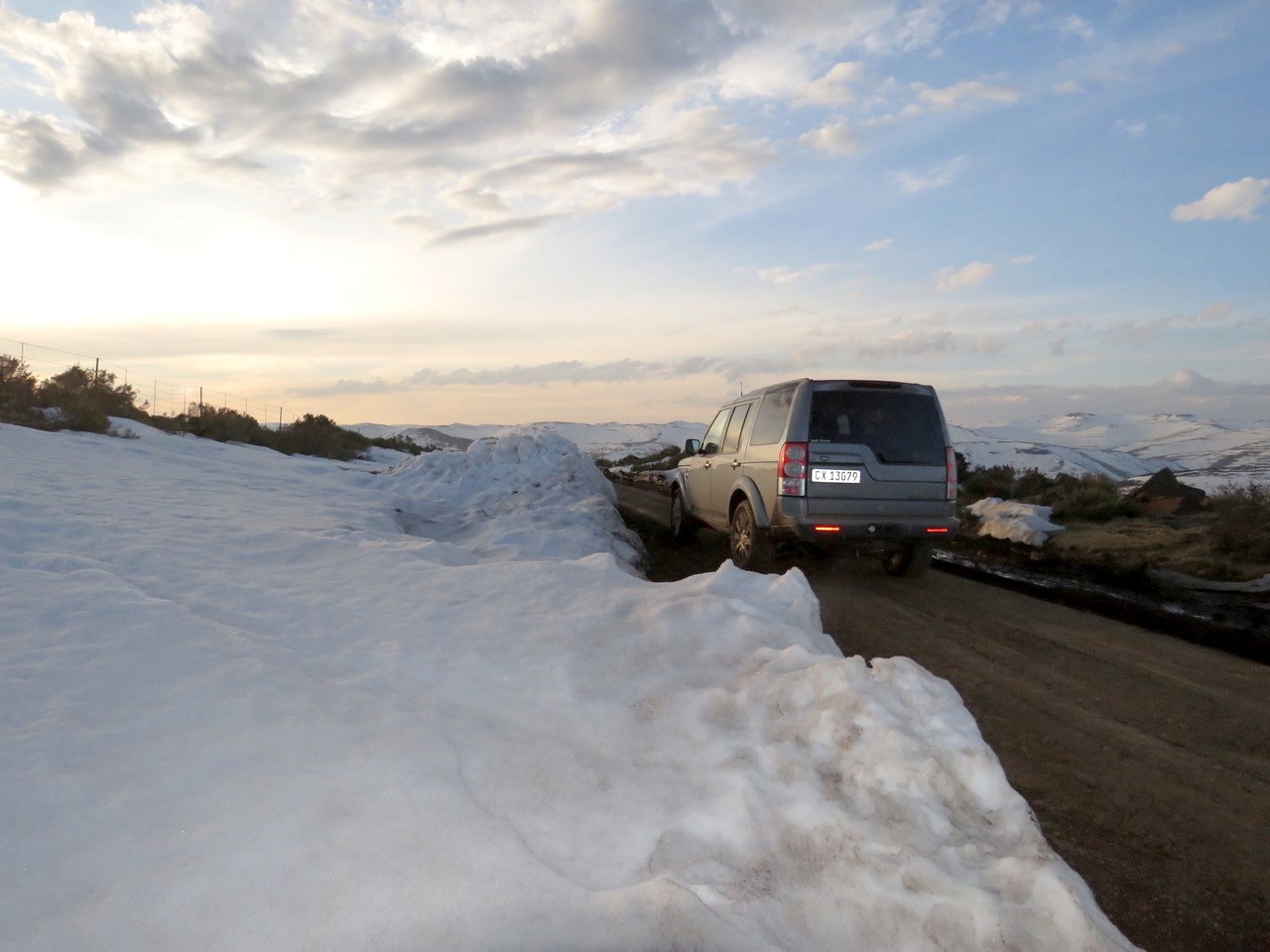 Quite a different perspective buried under banks of snow.

Naudé’s Nek is often called the highest pass in South Africa (our GPS said 2488 m; the sign says 2500 m; online anything up to 2592 m is quoted) — but the truth is incontrovertible. Compare this with (in the very same area):

We’ve driven all of them!

So … Naudé’s is the fourth highest pass in South Africa. 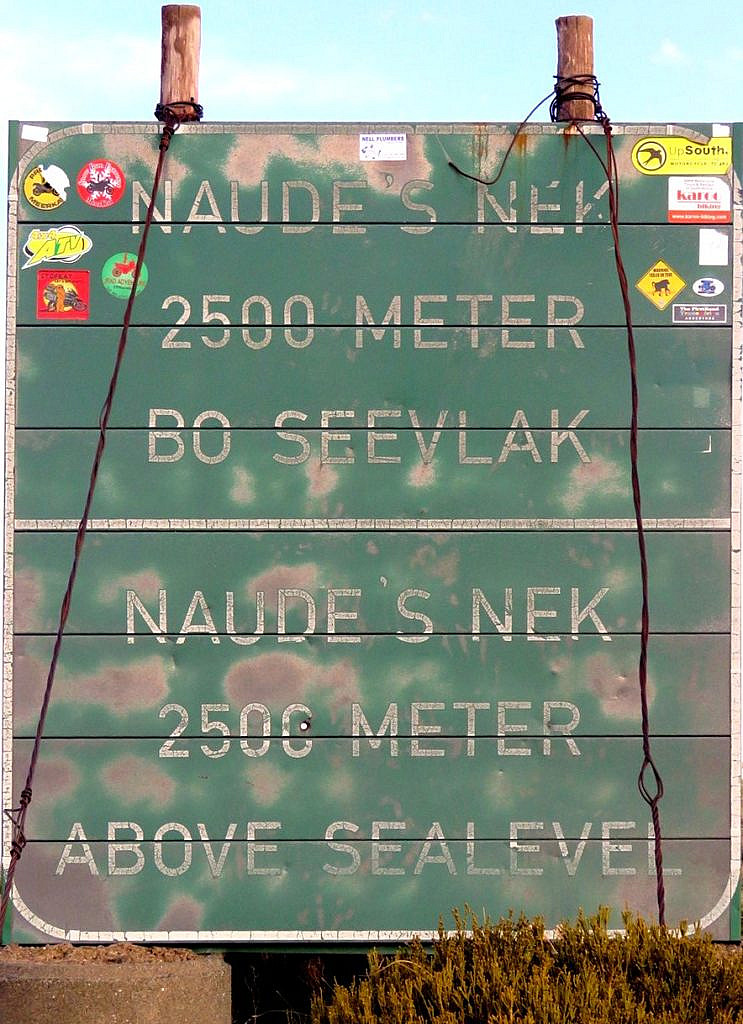 If you liked this, you will enjoy our FREE downloadable full-length stories of our adventures all over the place here