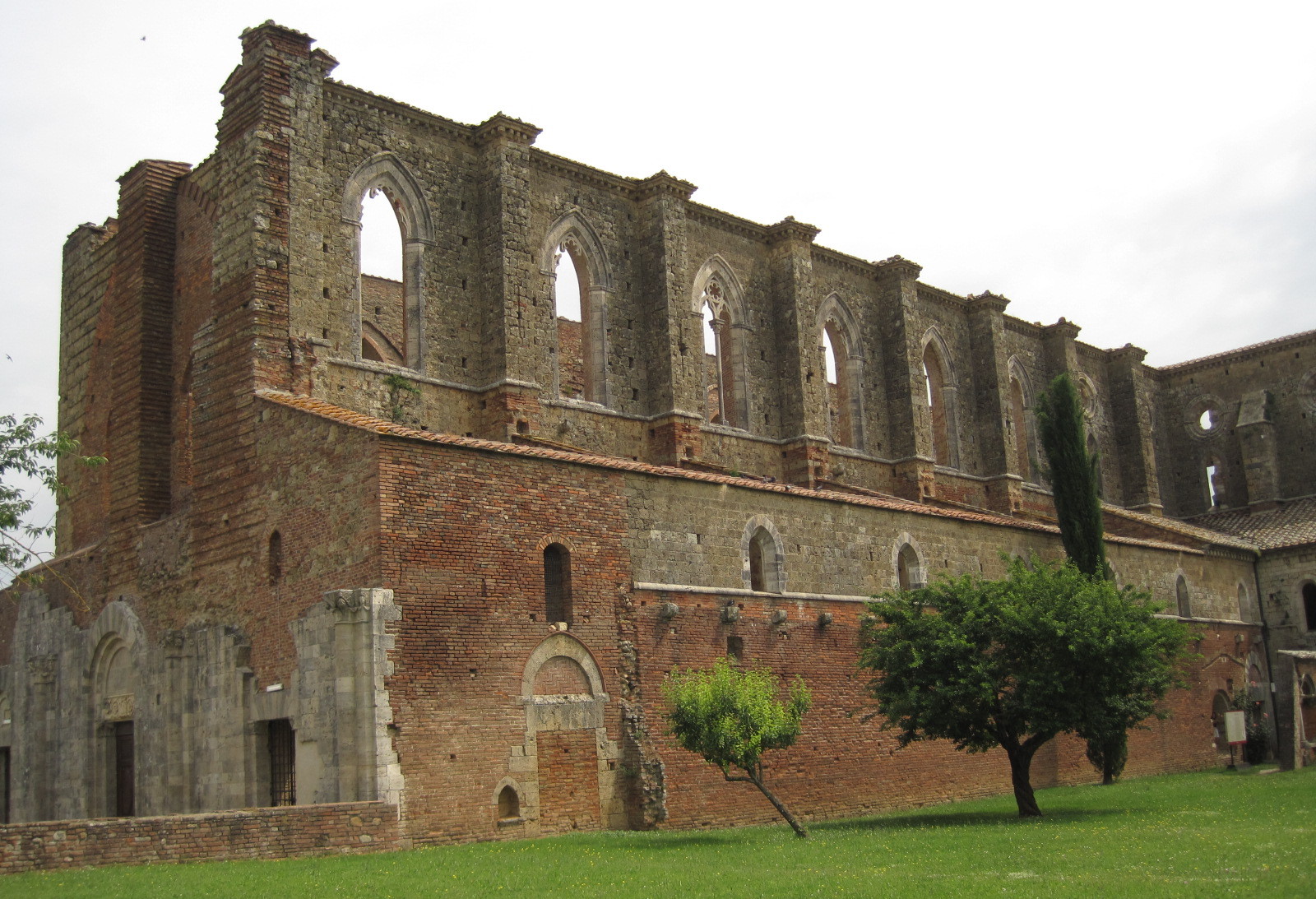 A particularly friendly (and pretty) Italian server at our favourite neighbourhood pasticceria and panetteria (superb espressos!) asked us if we’d visited the monastery of San Galgano, tut-tutting when we shook our heads. So that’s where we drove today, roughly an hour out of our tiny settlement, Acquacalda, on the outskirts of Siena. I found the idea totally thrilling as, with my love for mythology, the site centres on a rock into which a sword was thrust by a knight in the Middle Ages. The sword still stands there, imprisoned in stone, for all us rabid travellers to stare wide-eyed at. I was intrigued. It was all very King Arthur-ish, wrapped in an aura of mystique.

Except … the narrow windy roads slowed us down to a snail’s pace, especially when two unwieldy tour buses ahead of us tried to negotiate the tight curves. “That must be the ultimate in misleading advertising,” said Hirsh. On the back of the bus, in huge letters, were the words Bologna Express. It got worse when the buses turned into exactly the site we were visiting. Talk about bad timing. The ruined abbey is wonderfully photogenic, as you can see by the photos. 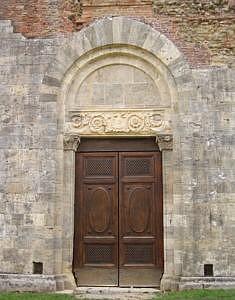 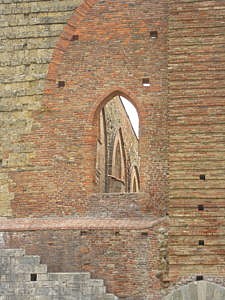 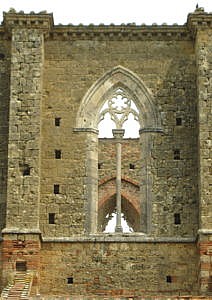 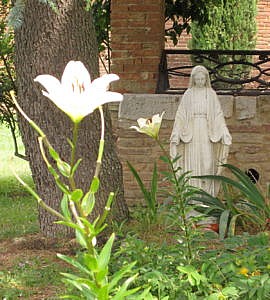 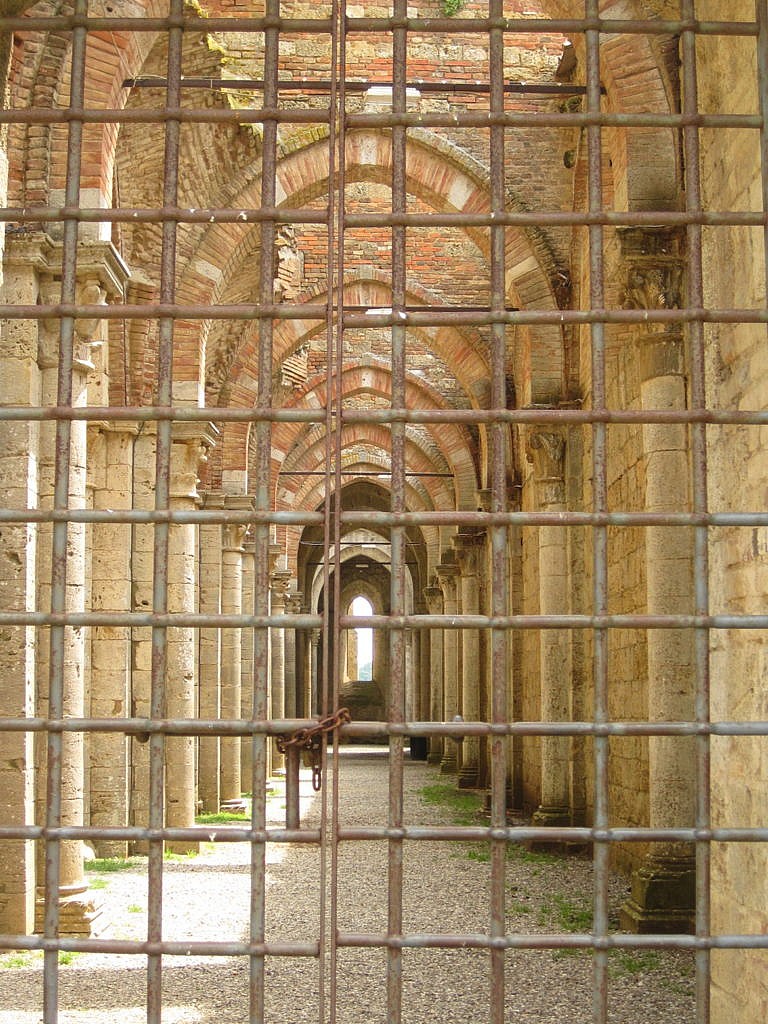 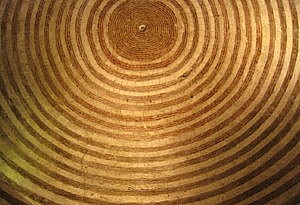 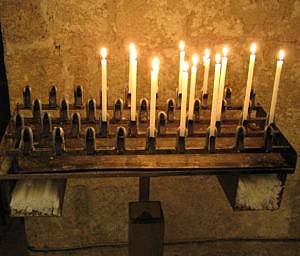 A viewing of the rock-engulfed sword required a steep uphill walk to a beehive-shaped temple-chapel on the hill. Which we did. Full disclosure here . . . I was a teeny bit underwhelmed. Firstly, the sword is under a plastic transparent dome, which makes testing the authenticity of the whole thing a bit difficult, never mind the photos. It all felt slightly tacky and a bit staged. And the guidebooks mislead you with crisp, clear photographs (sans the dome) of a pretty authentic-looking combination of steel meeting rock. And yet … in later research, I found a 2001 article by The Guardian (UK) in which Italy claimed, through archaeological tests and carbon dating of the site, that the sword could be traced back to the 12th century. In the meanwhile, I give you the legend below.

Galgano Guidotti began adult life as a selfish, arrogant and war-loving knight whose values were tested when the Archangel Michael appeared and challenged him to renounce his contrary ways. The vision led him up the hill, called Monte Siepi, and a disembodied voice tried to persuade him further. Galgano’s response: giving up his wild ways would be as difficult as splitting rock with his sword. With those words he struck his sword against a rock standing before him … the sword sliced into the heart of the stone with no resistance, lodging there. Galgano subsequently became a hermit, living in the hills until his death. The little chapel, as well as the Gothic monastery at the foot of the hill, were then built by the Church, while the Pope insisted that he be made a saint, hence the San Galgano of today.

The hilt, wooden grip and a few inches of the 3-foot-long blade protrude from the rock. According to legend, anyone who tries to remove the sword will have their arms ripped out of their sockets. In the Guardian article, the university is quoted as saying: “Dating metal is a very difficult task, but we can say that the composition of the metal and the style are compatible with the era of the legend.” 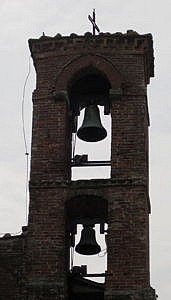 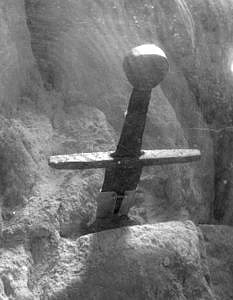 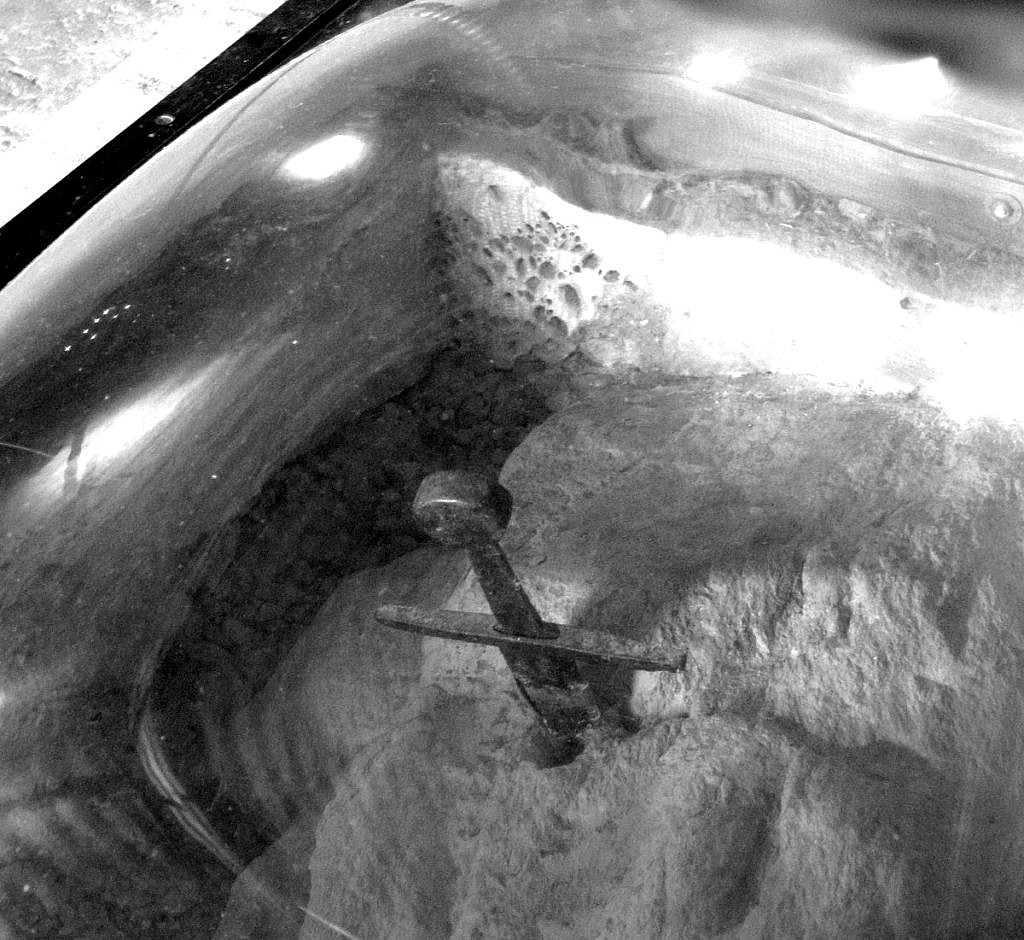