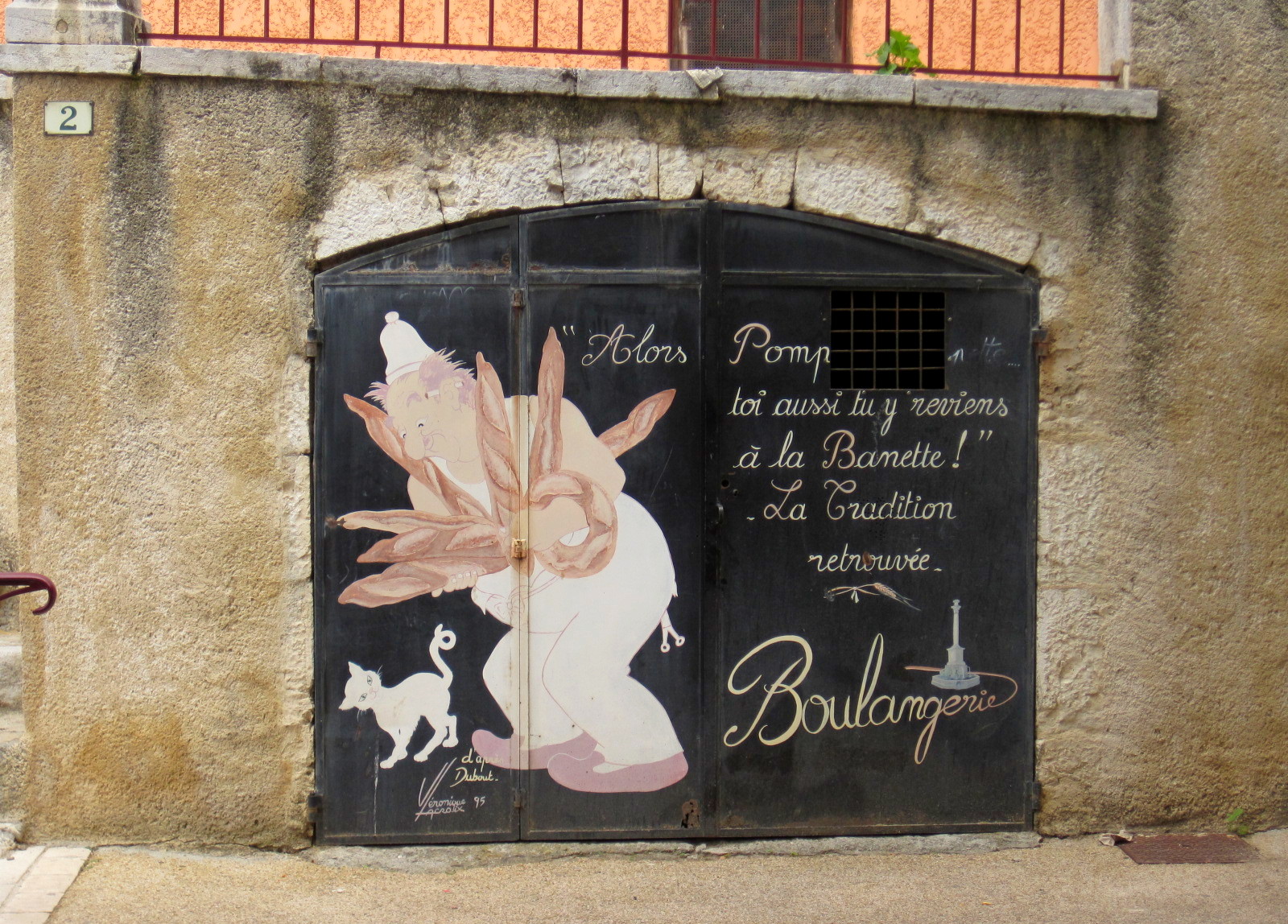 Translation: So, Pomp – – – – [part of sign missing here; I assume it’s the cat’s name!].
You, yourself, have also come back for the bread. “Tradition rediscovered.”  Bakery.

Our drive to the village of Riez was inspired mainly by the idea of seeing Roman ruins (a series of Corinthian columns) but it’s quite a thing to arrive there in one piece. You wonder what the accident rate is as everyone seems to have a death wish. A rash of bulky motorhomes constantly bears down on you with little regard for your allocated portion of the road — thank goodness Hirsh is a defensive driver otherwise we’d have been mealie meal a couple of times — and trucks thunder by oblivious to highly constricting lanes. But we made it. The old village is lovely in a shabby chic kind of way. 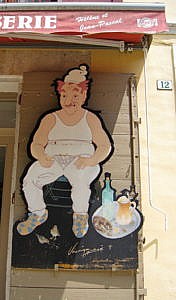 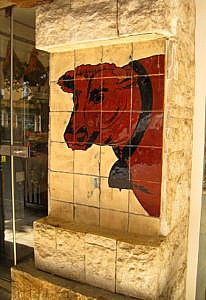 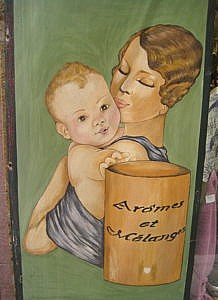 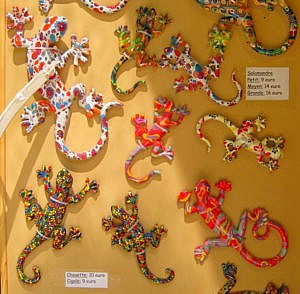 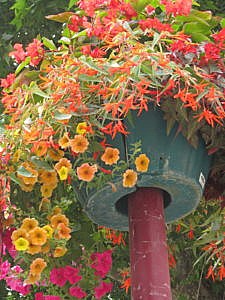 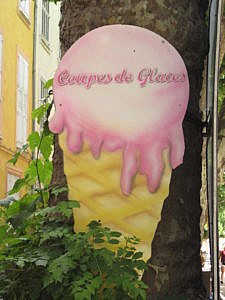 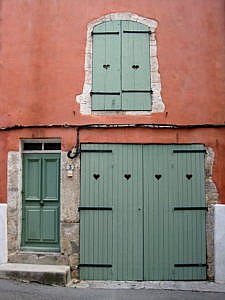 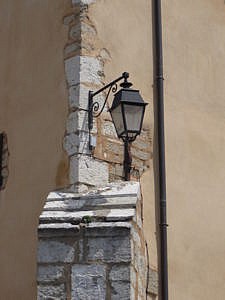 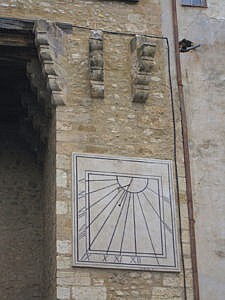 Then a short walk (to work up an appetite for lunch) to the Roman ruins. We were slightly underwhelmed by this row of four Corinthian columns dating back to the 1st century CE. It used to be a temple dedicated to Apollo, son of Zeus and god of all the cultural spheres … art, music and poetry as well as the sun, light and wisdom. The row stands a little forlornly in an open field, near to the Colostre River. You also have to sidestep the doggy landmines in the grasses as it’s obviously a favoured dog-walking spot. But nice smidgen of history. 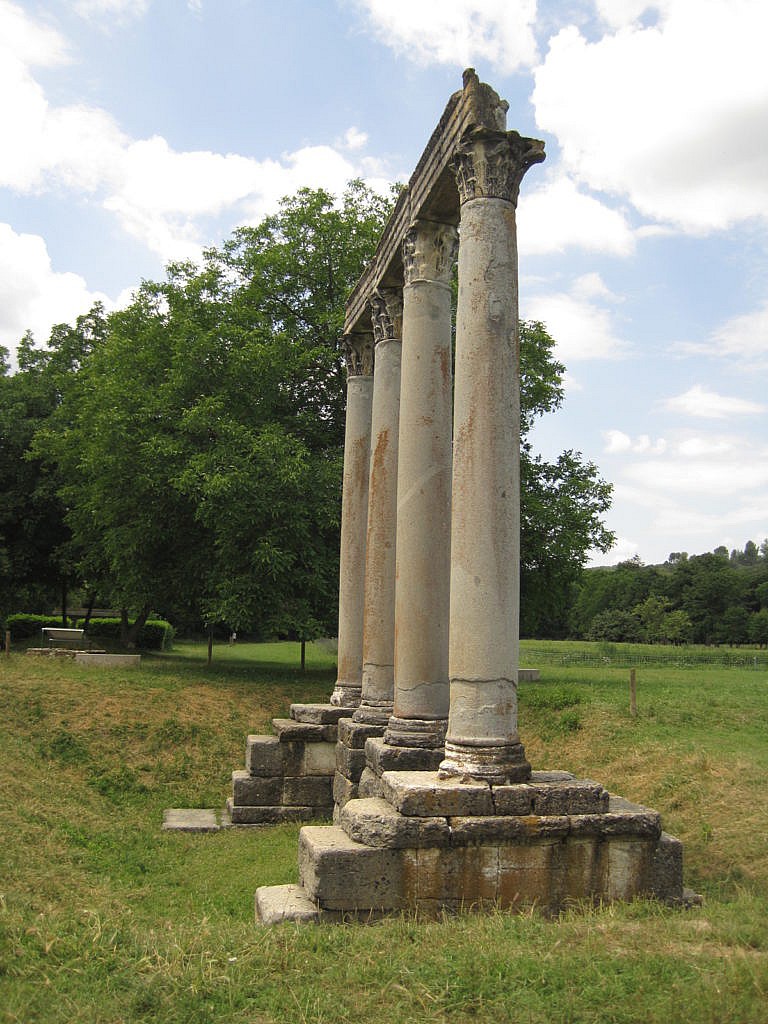 And then it was time for lunch, at a Trip Advisor rated café called … well … Le Café. We sat at tables under trees on the sidewalk, and ordered a salad of lettuce hearts topped with fresh bacon bits (lardons) and crispy pastry-cigars filled with warm goat’s cheese, accompanied by little rolled slivers of courgette stuffed with cream cheese. Yum. 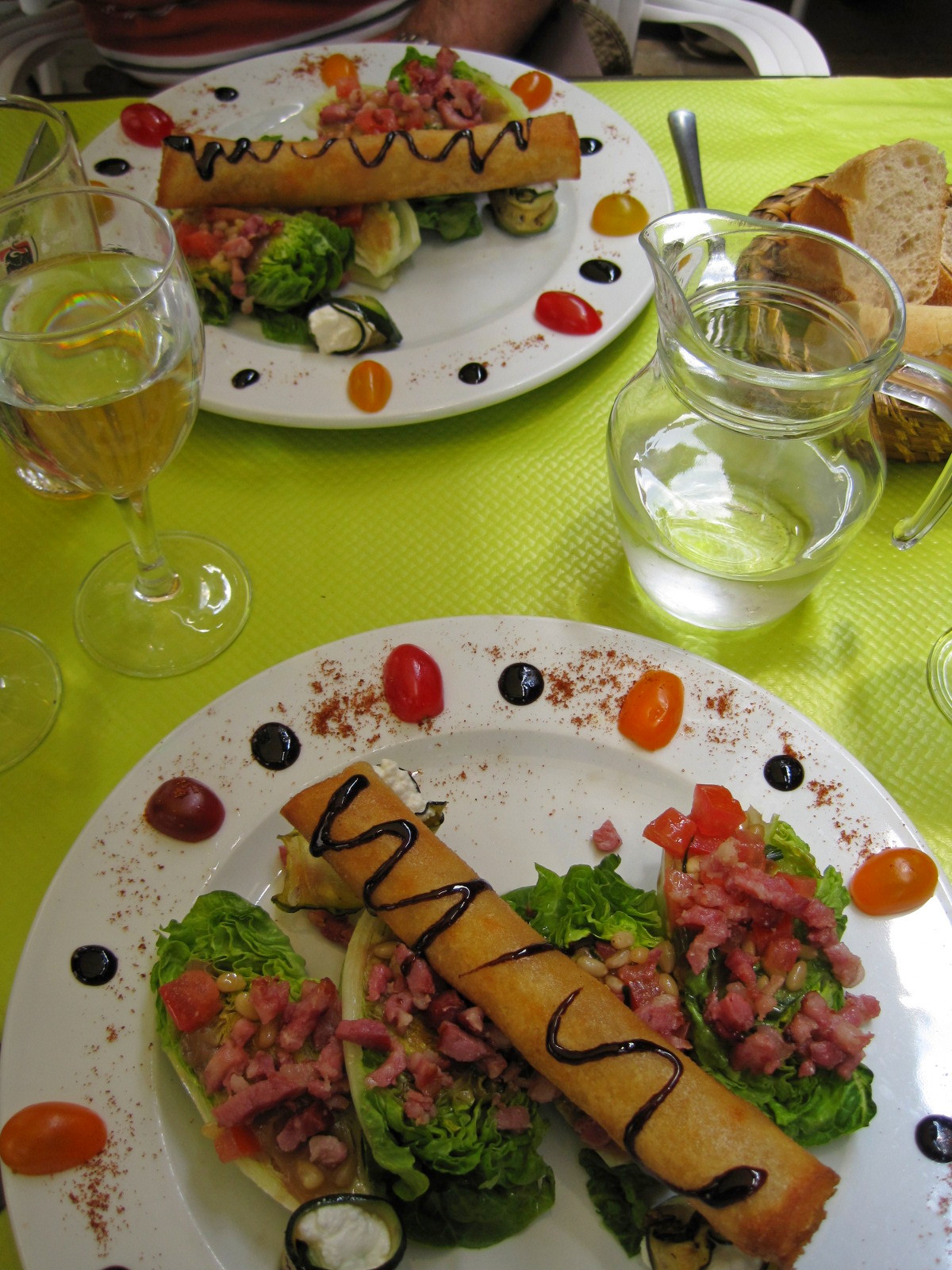