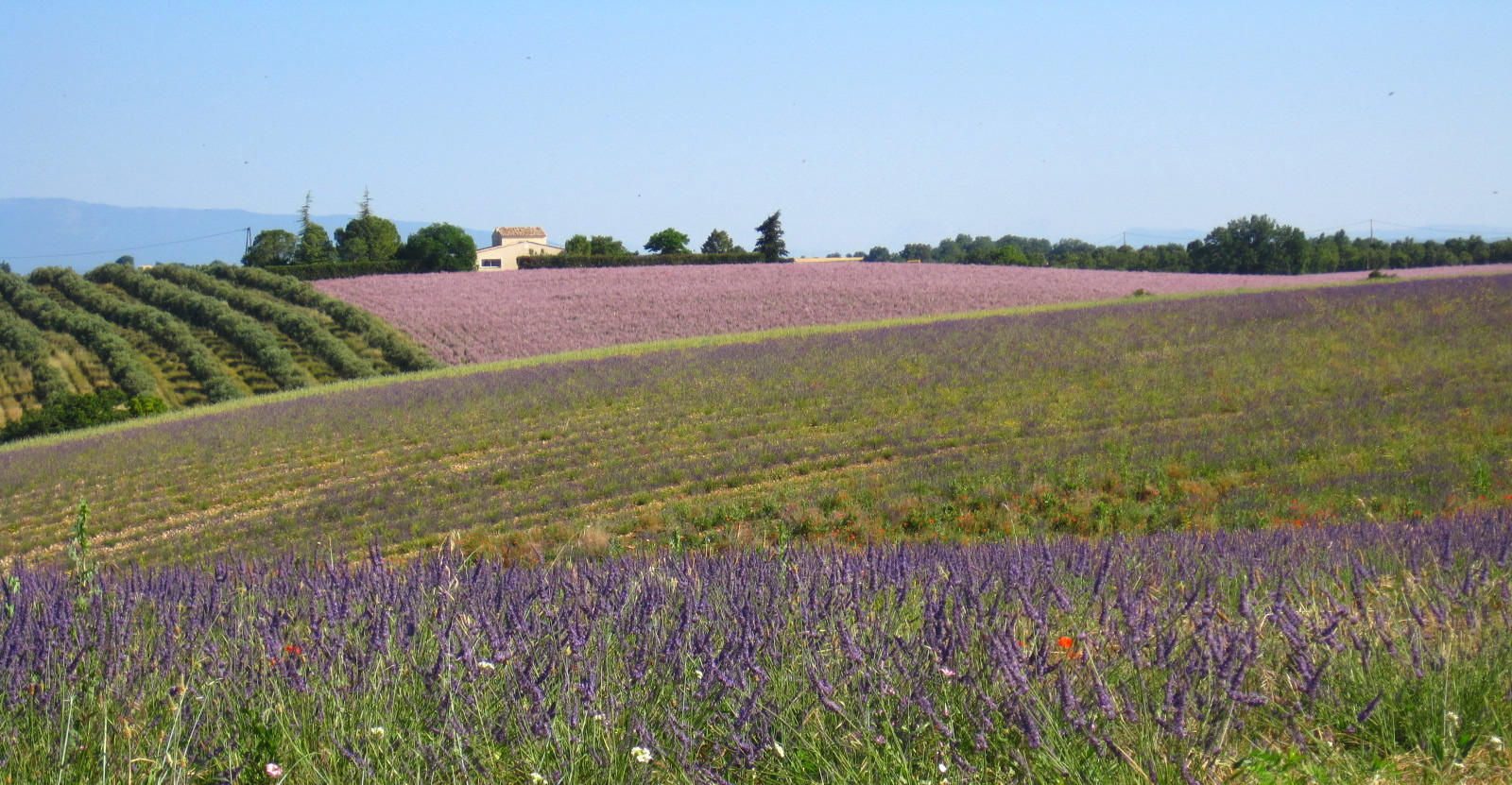 The country roads leading to this cliffside village wind through, not rolling wheatlands, but hill and dale of pale lilac and rich violet lavandin and lavender. It makes for a lovely drive. From our guidebook you’d never have known that Moustiers was such a charmingly pretty village. It’s a place of fountains and flower baskets spilling over with colour. Stone buildings are dressed in pastel shutters of soft green, purple and blue, and there are sounds of rushing water wherever you walk. The village clings to rock slopes with a restless river flowing under bridges and arches to the ravine below. A Romanesque church stands with flowers and weeds sprouting from every crevice, and on a high rock pinnacle (to which you can walk, uh, trudge — and people certainly do in their alpine gear and hiking poles) is a 12th-century chapel. 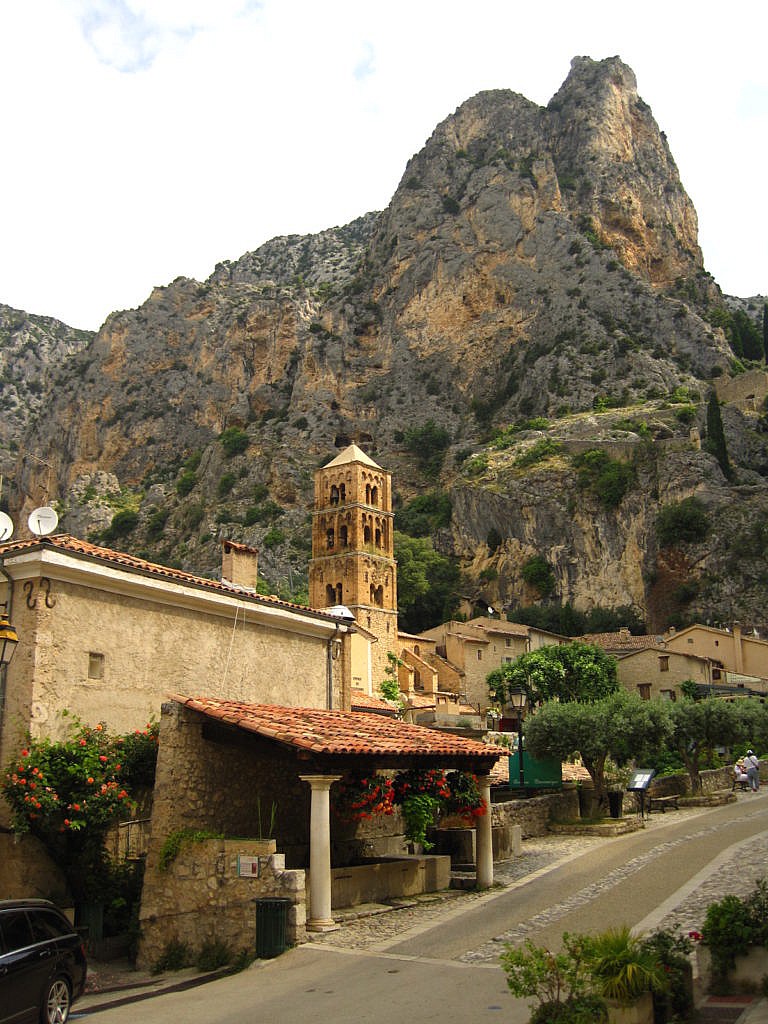 But most intriguing of all is the iron chain suspended between two rock pinnacles (very) high above the village. Apparently it is 227 metres long but from our perspective it’s as fine as the strand of a spider’s web, and if you crane your neck, you see at its centre a 5-pointed yellow star hanging like a charm on a bracelet.

The story goes that, in the 13th century, a chevalier (knight) called Blacas strung the heavy iron chain across the valley to make a public display of gratitude for the fact that he had been freed from captivity following the Seventh Crusade. The star is not the original, which was replaced in 1957.

I was gobsmacked when this photo actually came out on my tiny Canon point-and-shoot! 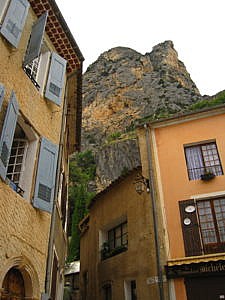 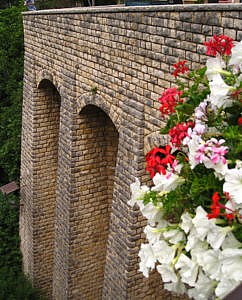 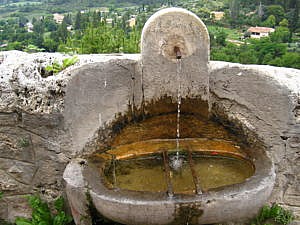 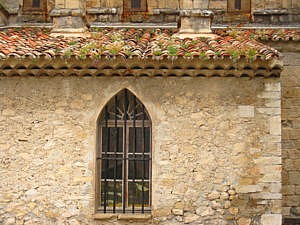 I loved the grasses and plants erupting from the roof tiles and parapets . . . 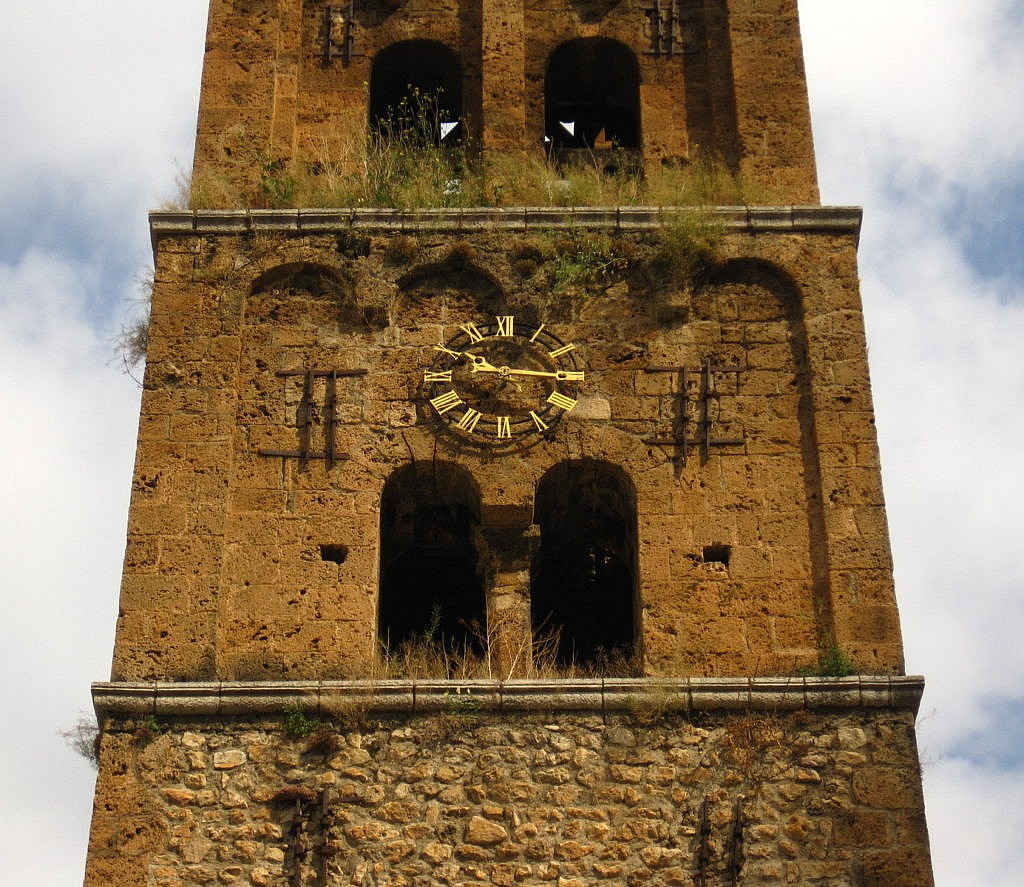 Having set out without morning coffee in order to beat the threatening rain, by now we were desperate for a kick of caffeine. We were rewarded with a measure of the extreme irritation the restaurateurs must feel with the daily onslaught of tourists. When I asked politely (in French) where we could find some coffee, the lady-host launched into local patois with a roll of the eyes and an exasperated raising of the hands as if to say: “Can’t you see this is a restaurant?!” I thanked her and wished her a good day. On my heels was a French couple, also looking for coffee, who at the sight of my expression said sympath-etically in the local language, “That’s the French for you!” It was priceless. Nevertheless, we found a small café with good aromatic coffee and the finest pain au chocolat we’ve had in France.