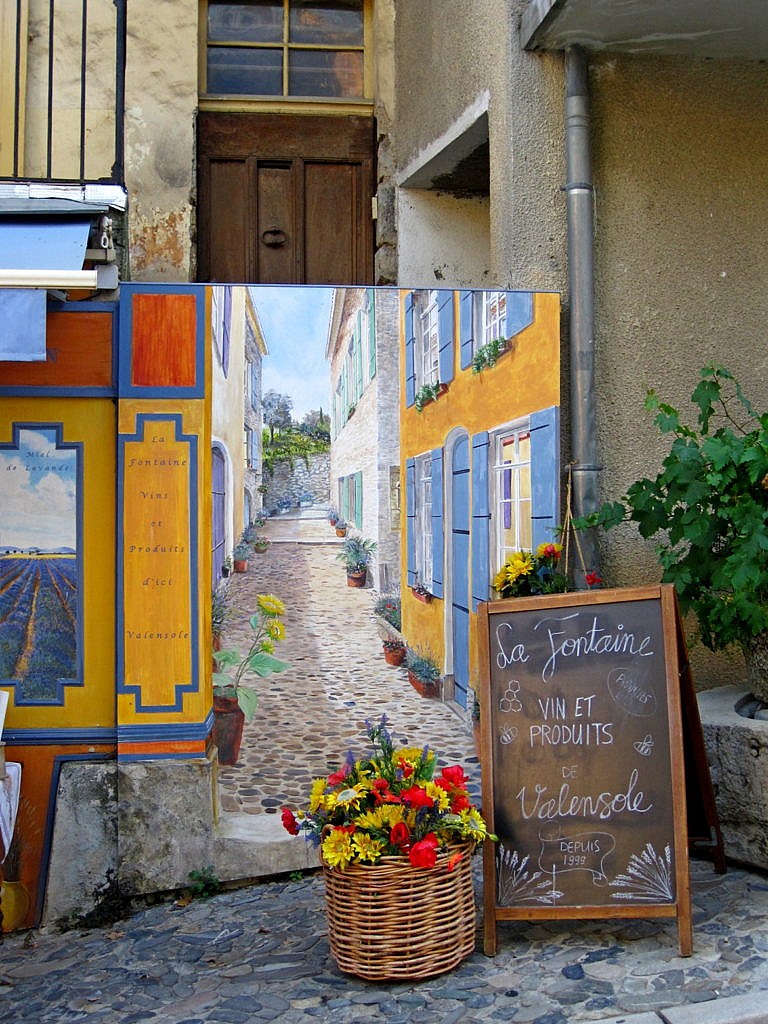 A final wander around our “local village” delivered some wonderful trompe l’oeil wall scenes
and lavender-blue shutters. I loved the wittiness of this first photo: the idea of a colourful
painted alley installed in front of a real (and a slightly more drab) alley. 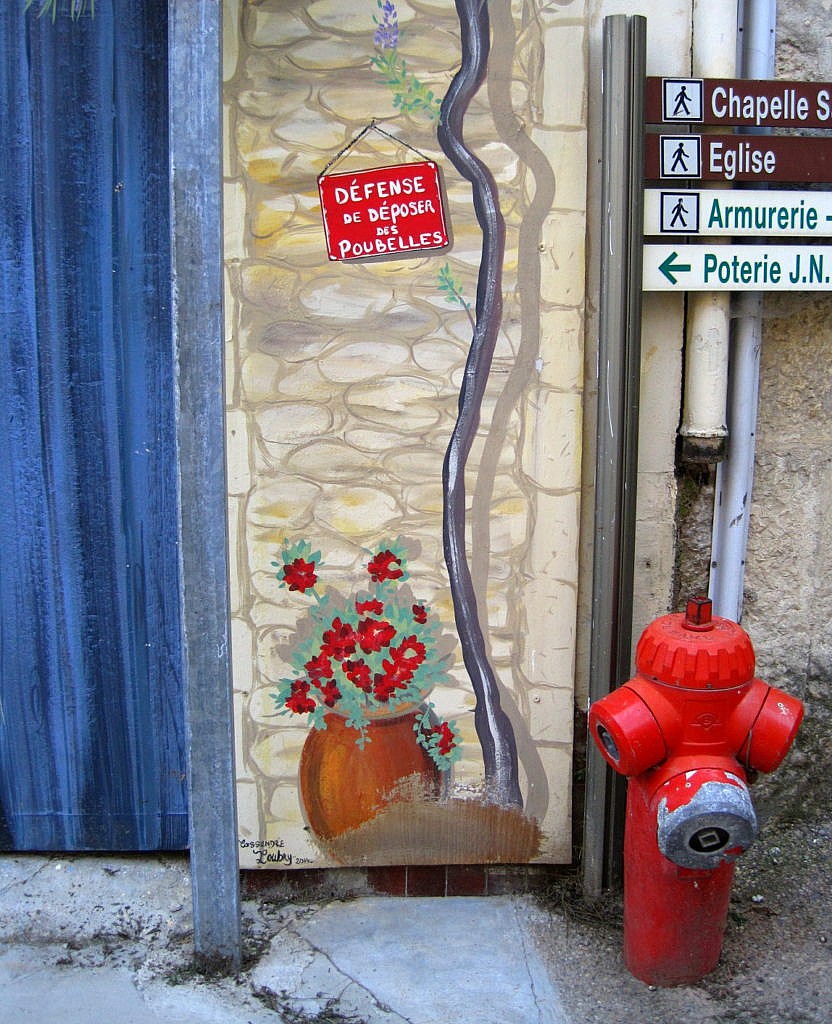 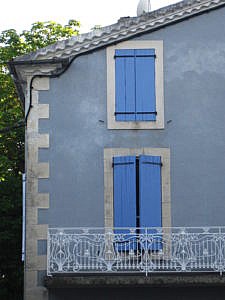 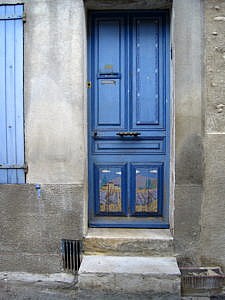 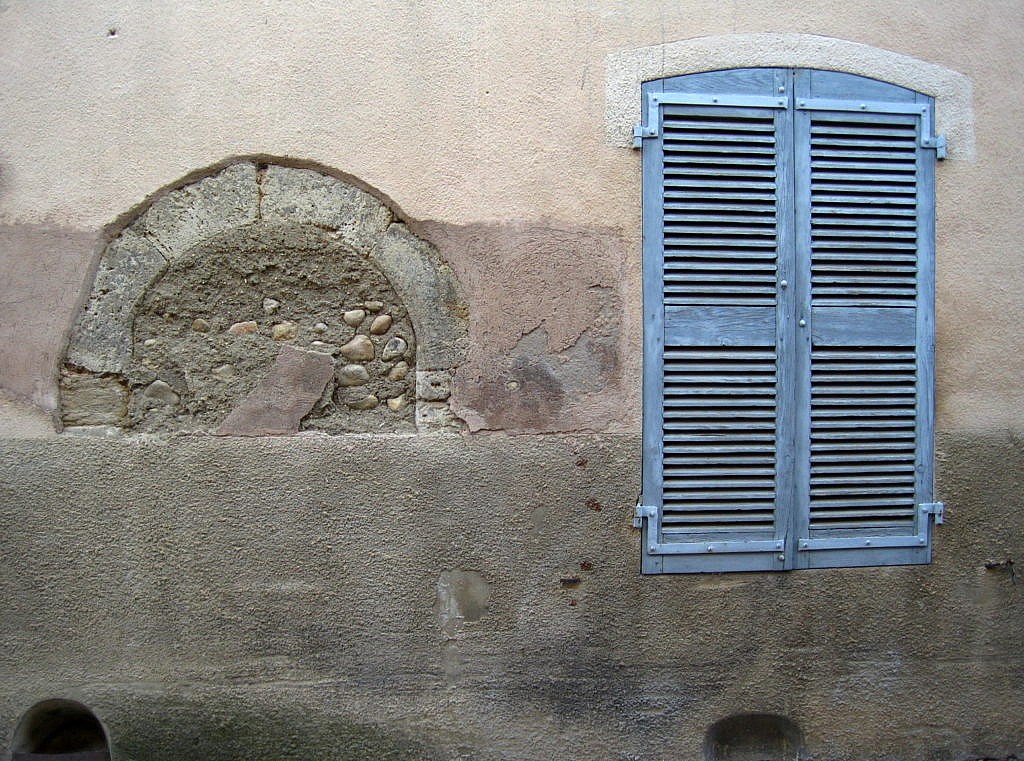 Finally, we chanced upon a fascinating story in the deeper streets of Valensole just before sitting down to a “last supper” at an excellent outdoor French-Italian restaurant. A painting of aliens on a window and an advertisement for an upcoming “aliens retrospective” exhibition led me to do some further research. A Provençal farmer, Maurice Masse, living in Valensole in 1965, noticed for a week that every morning his lavandin had been damaged, as if someone had cut away samples of the plants every night. Then, on 1 July 1965, he had the following experience (I quote from a French website — and, just as an aside, Masse apparently had the same “vision” on 1 July 2015):

“The flying saucer landed in the lavender field; it was populated by a group of aliens who spoke an incomprehensible dialect made of weird sounds, whistles and hand gestures. They appeared to be wearing a sort of cosmonaut’s uniform, but with a much larger head than the humans.”

No-one believed Masse until his story was corroborated by one Augustine Roche, who told the officer investigating the report: “Captain, come and see my barn … they stole my saw, my brand-new hammer, my crucifix, my 12 keys, and my pocket knife I bought at the market. Damn, it can only be aliens who’d know where I’d hidden them!” 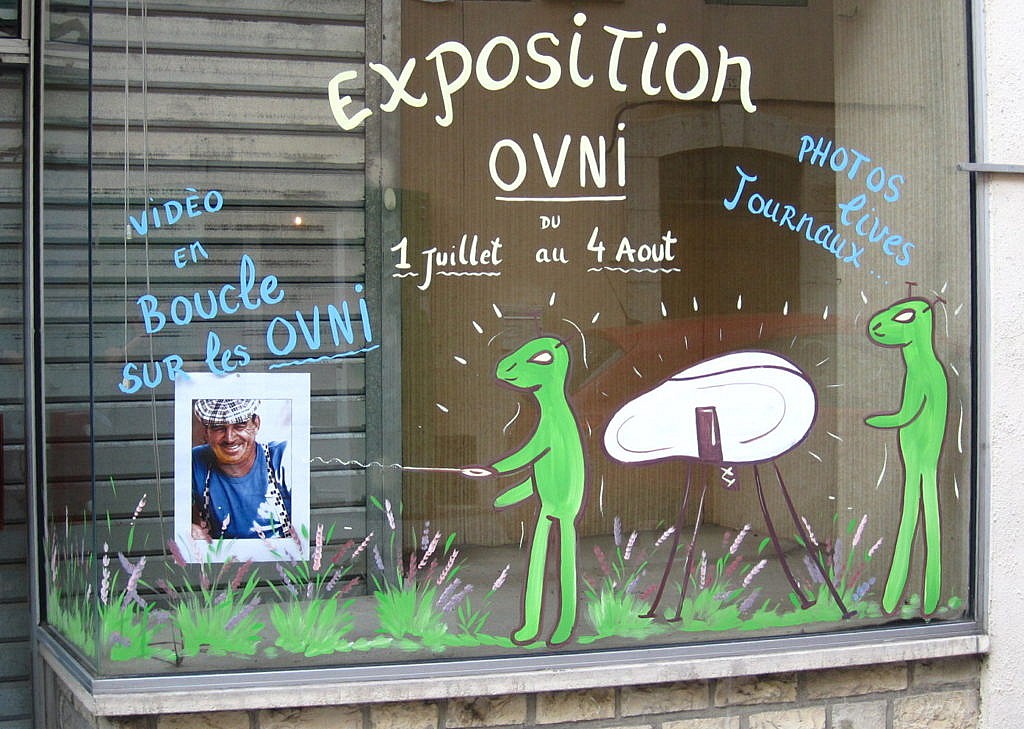 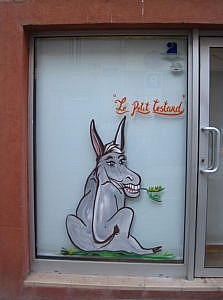 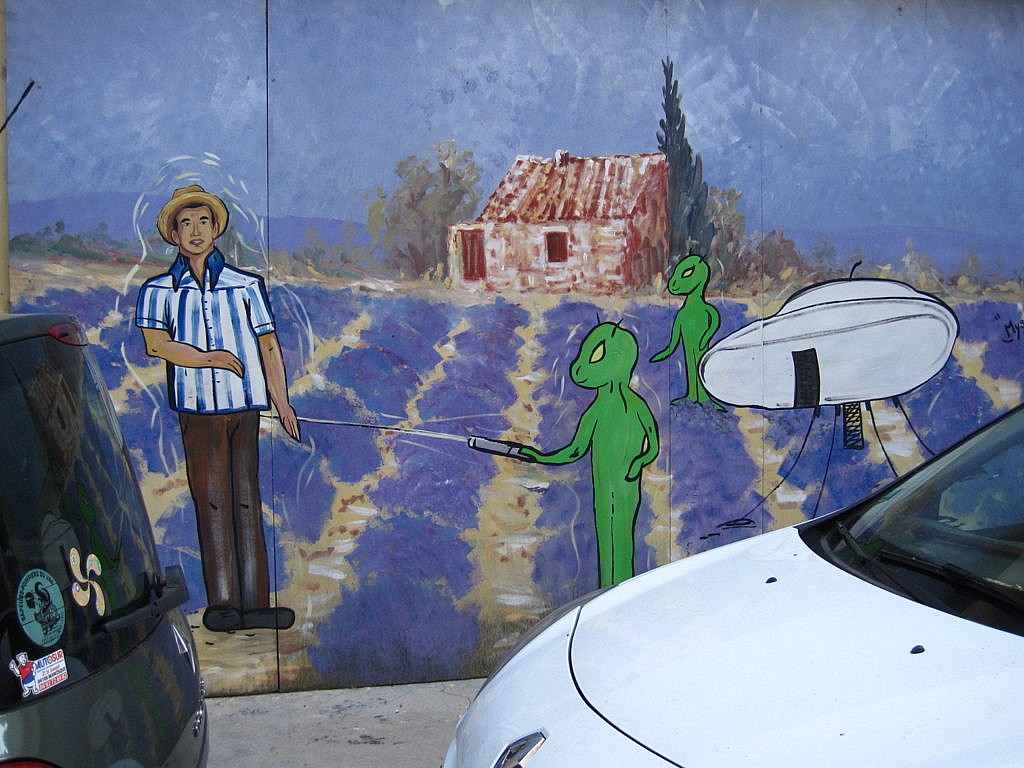 I loved our restaurant Café Régale’s mode of making reservations … writing the name of the person who made the booking on the table. In this case, “Hirsh” was misunderstood and morphed into “Mich”. No sweat, it was just one night … What a pleasure. We were surrounded by only French voices — on a Friday evening, it was obviously the local village hangout.

Not bad for a Provençal finale. 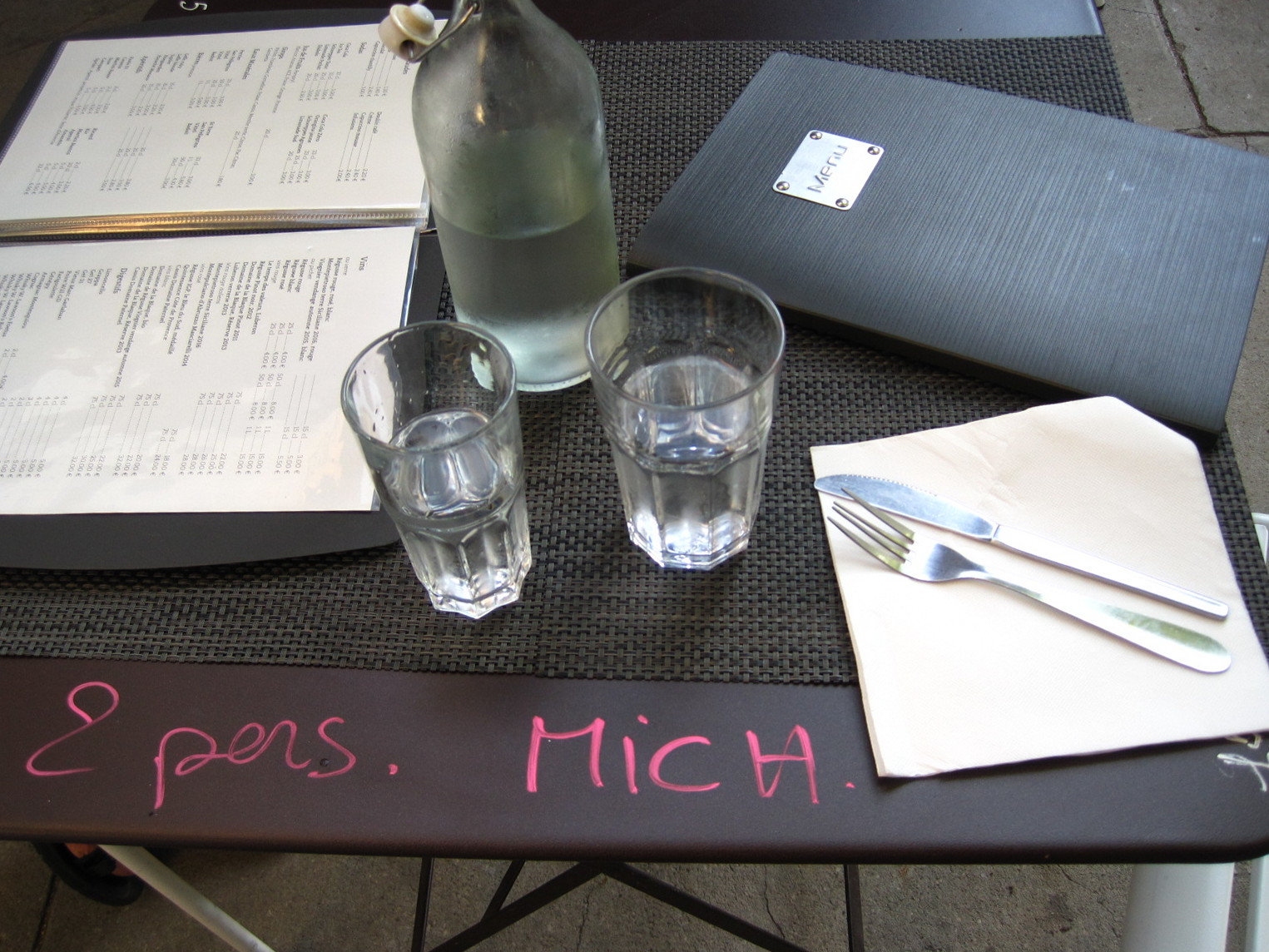