So … where, really, are we? Looking at the long, thin wedge that is Israel, we’re on a Moshav located at the start of the southernmost third of the country. We’re kind of in line with Be’er Sheva, at the topmost edge of the Negev Desert, and laterally sort of mid-point between Be’er Sheva and the Red Sea. Actually, the Gaza strip gets in the way of a direct path west to the sea. We’re in a real hotspot … Which means “our” Moshav and its permanent population of men, women and children has its fair share of rocket scares.

It’s fascinating to watch and experience how everyone goes about their daily business in spite of the risks. I’ve already heard two dull, protracted booms since we’ve been here (a night and a morning) and the ambit of possible explanations is interesting: neighbouring Egypt recently has been shooting at ISIS in the Sinai Desert; it might be one of the missiles from the Gaza Strip that land almost daily in Israel’s south (pretty close to where we are); and definitely less ominous, this is a farming community, so large trucks could be loading drums somewhere nearby. Take your pick. More often than not, though, it’s the more aggressive alternatives that supply the correct answer. 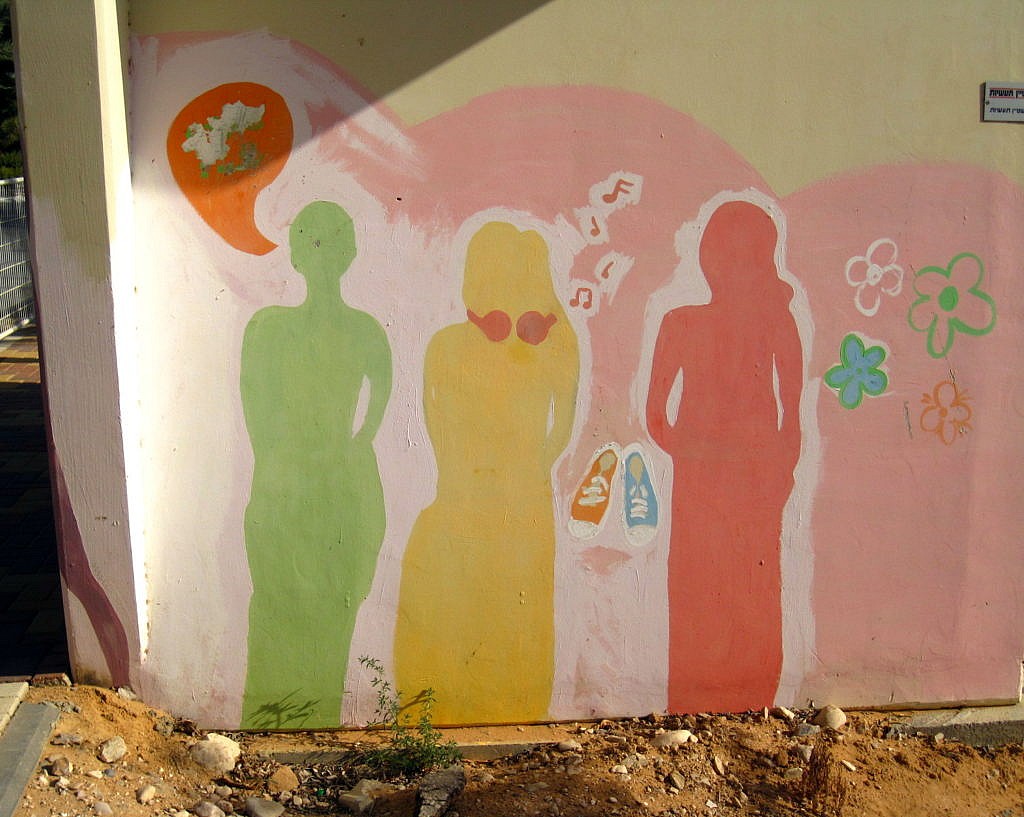 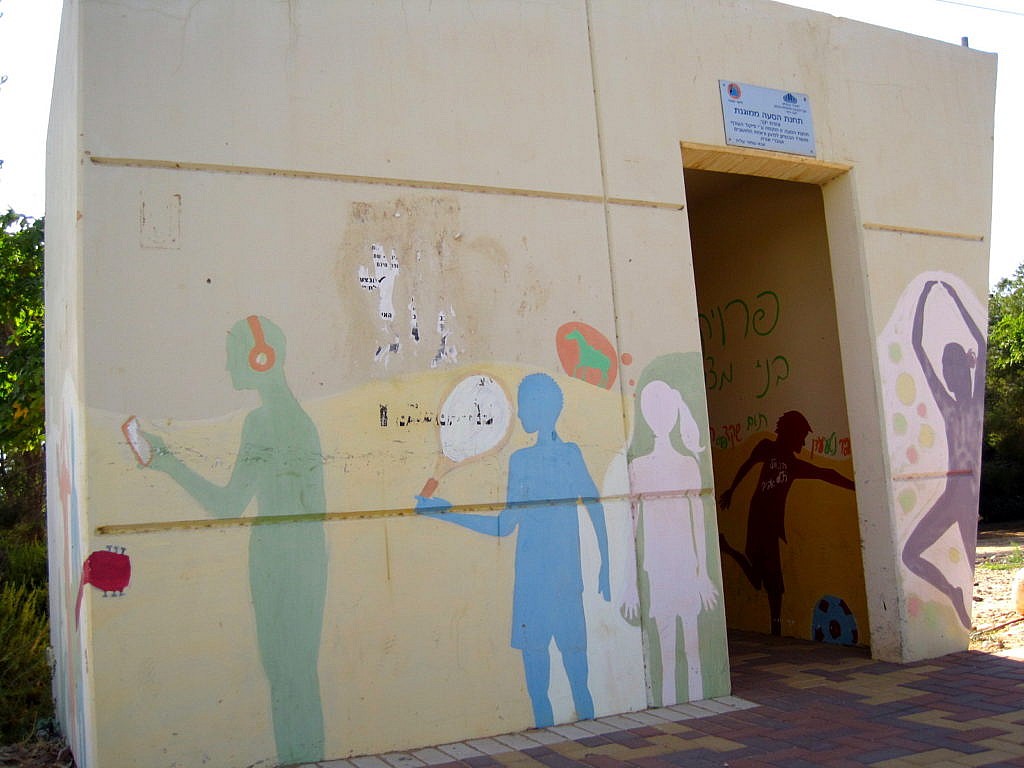 To soften the blow that this is, in fact, a bus bomb shelter,
it’s painted with funky “happy” murals

Sderot, where we were picked up from the train, is located right on the northeastern corner of Gaza. It recently has been relentlessly bombarded with rockets, and on our drive south, the evidence was stark. Burnt patches of landscape (and the presence of scarlet fire trucks) led us out of the town — charred groves of trees, devastated nature reserves (and this in a land that has patiently and laboriously been captured back from barren desert), even an archaeological dig failed to emerge unscathed. We also saw a balloon hanging in the sky which, we were told, contained a surveillance camera. In the south, each home or building has identified its “safe zone” — away from windows and shattering glass — every bus stop has a concrete shelter (beautifully painted with colourful murals), and everywhere loudspeakers have been installed, connected to a central safety communications centre.

To end on a lighter note, some insight on the difference between a Moshav and a Kibbutz. Where on a Kibbutz the land, property and fruits of the earth are communally owned, farmed and shared, the inhabitants of a Moshav live together and help each other out as a community, but each family owns its property, farmlands and the crops reaped from them. 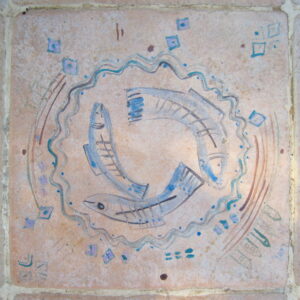 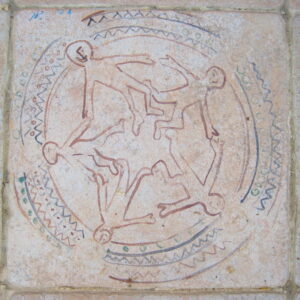 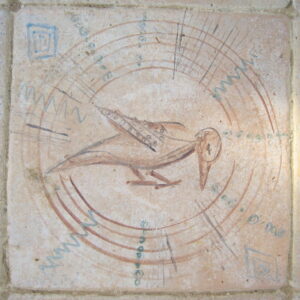 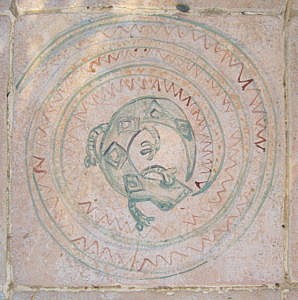