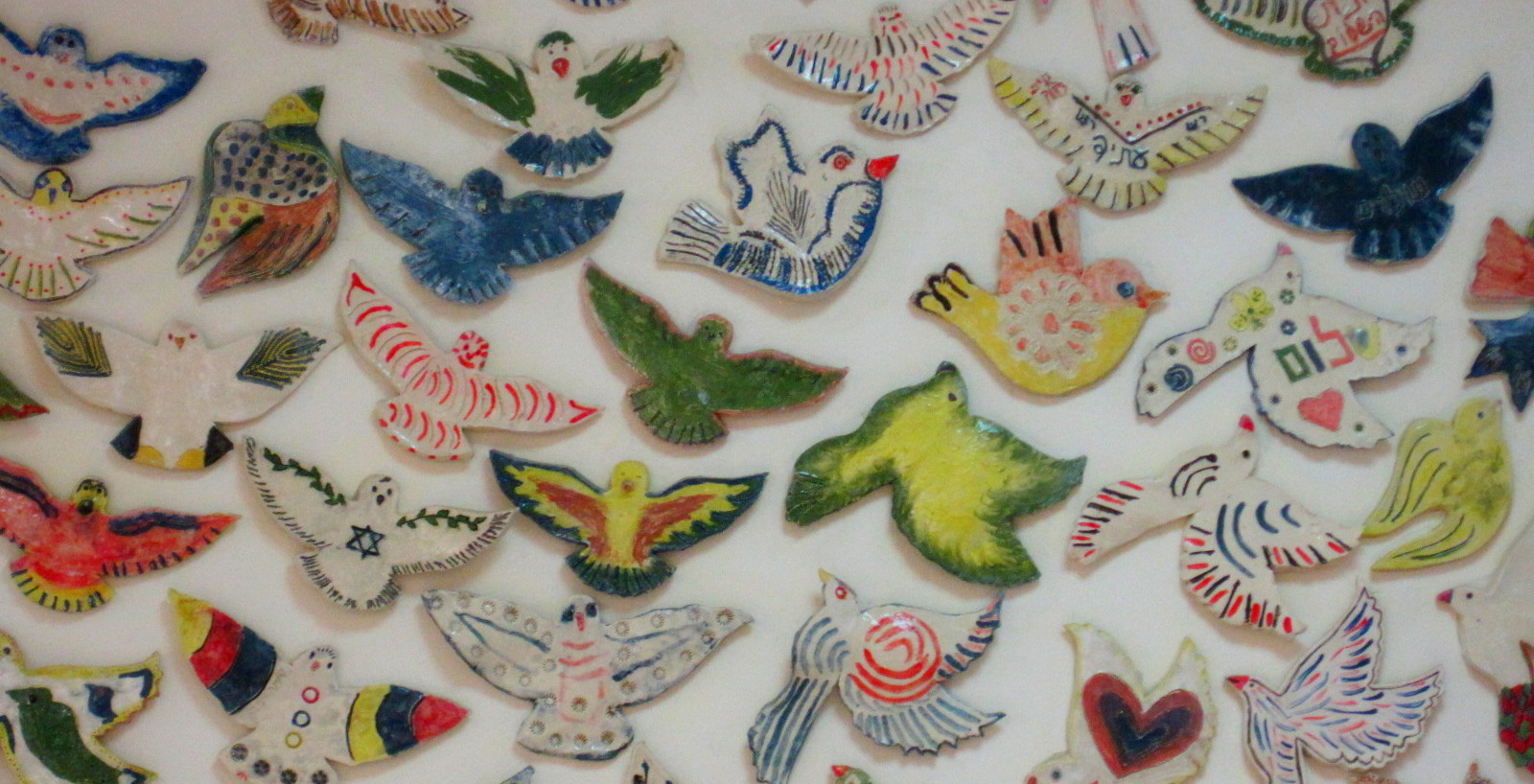 Among the many things the Israelis are particularly noted for is the respect they afford, and the efforts they go to, to care for their people. Education and culture are foremost in importance, as is the nurturing and support of the sick and ageing population. In the smallest of communities, there are schools, community centres, cultural hubs, and clinics offering medical assistance.

On our way to find the highest rated felaffel in a Bedouin settlement near Be’ersheba, we were taken to see the cultural and care facilities near our Moshav. It was eye opening. First stop was a small sandwich and cake shop run purely by volunteers (Tobi, Hirsh’s sister being one of them) to keep the Negev’s soldiers nourished and fed. Outside is a bus stop next to the requisite bomb shelter (artfully painted), inside is a prominent wall display of all the insignias of the different army regiments. 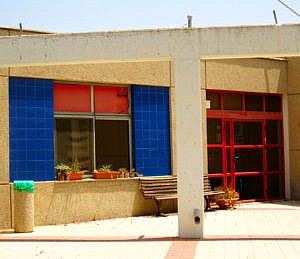 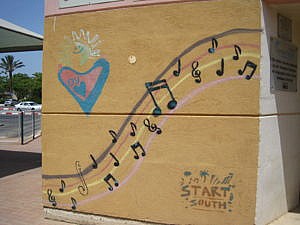 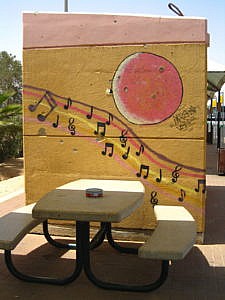 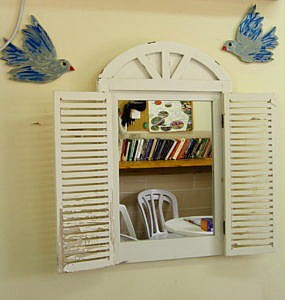 The retirement & cultural centre: the buildings may be flat-topped and concrete,
but always, always, they’re embellished and bright and painted. And, again, prettified bomb shelters at the bus stop, plus the interior of the sandwich shop. 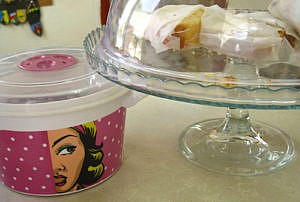 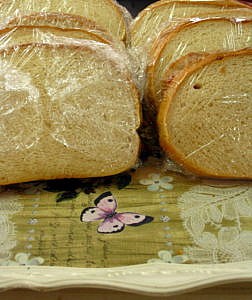 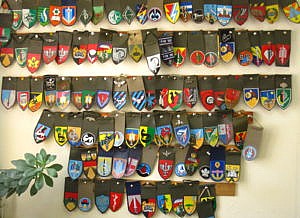 Nearby is the Retirement and Cultural Centre, set up to care for everyone from the purely old and retired to the physically disabled to those who’ve suffered a trauma such as stroke or chronic illness. It bristles with helpers and trained medical staff, but most of all, it is filled with art and sculptures and bright mosaics. It’s a happy place, full of vivid colour and beauty. There is a lot of art instruction at the facility, and some of the mosaics and paintings are by the occupants themselves. 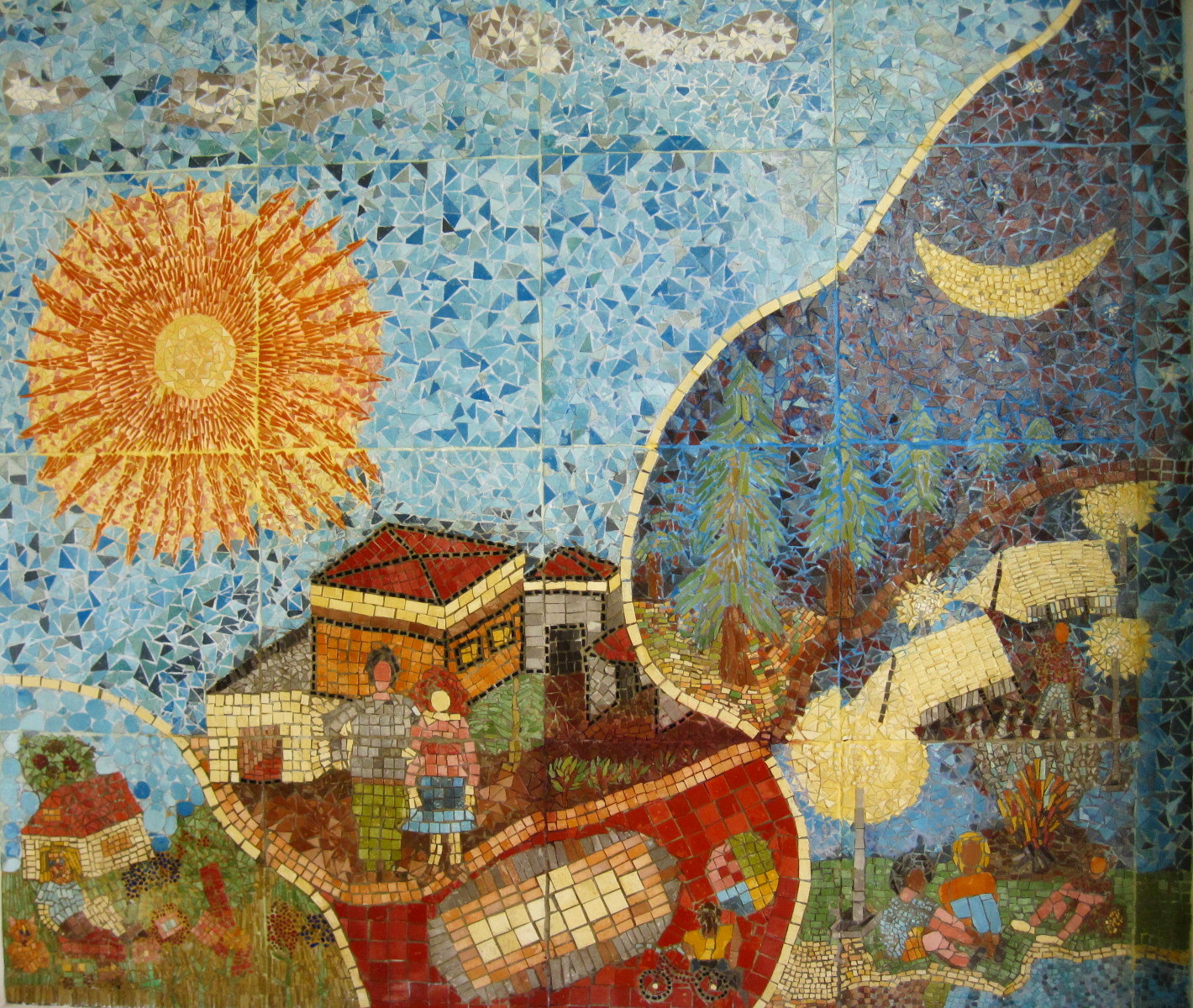 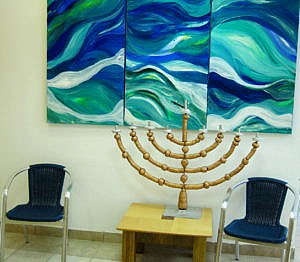 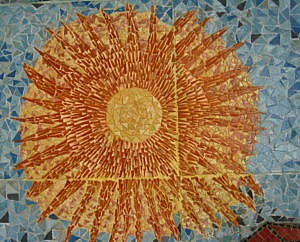 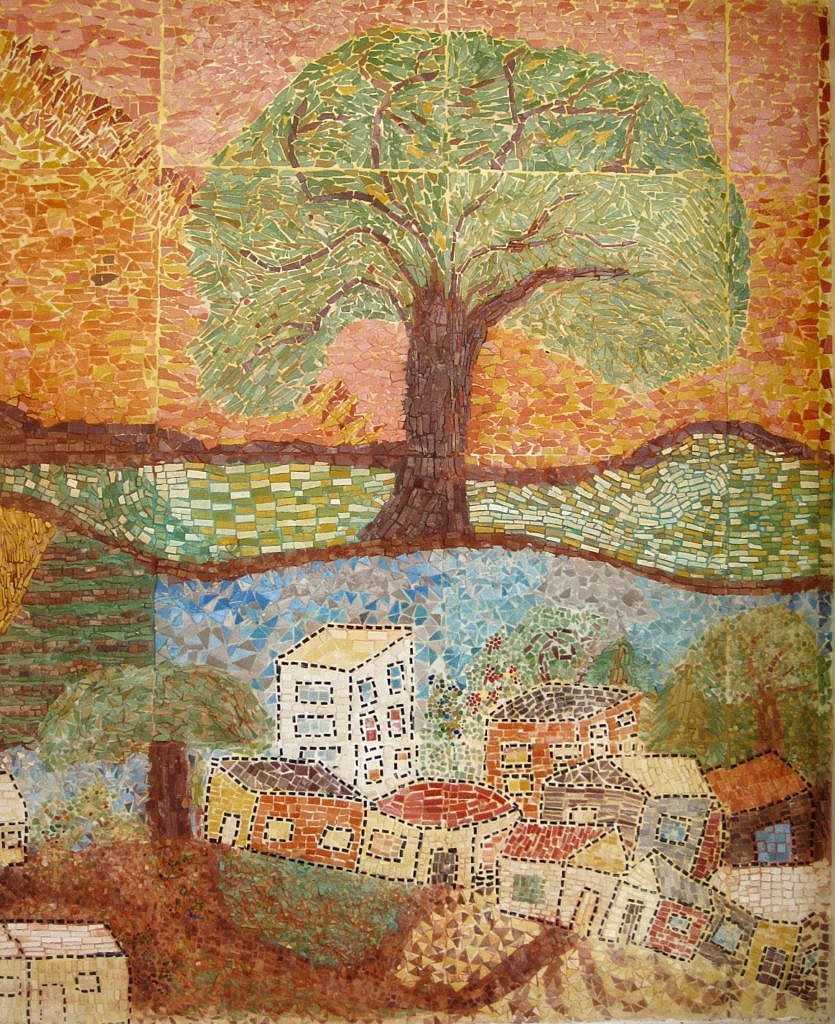 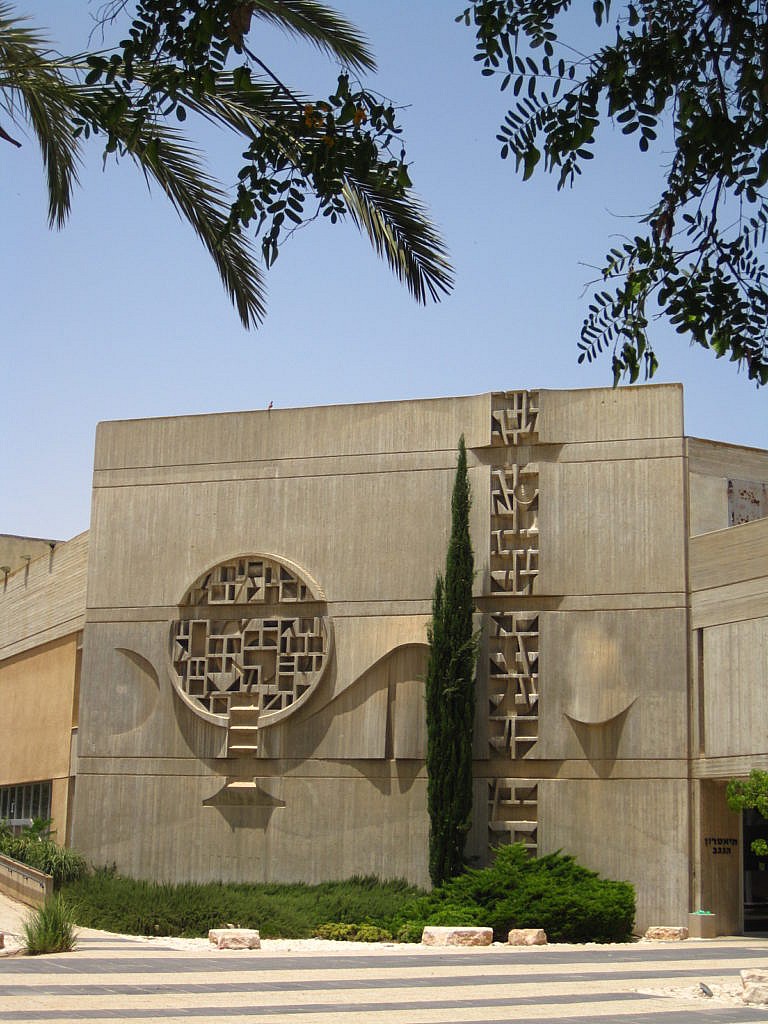 Also close by is the striking local theatre which has, in its entrance hall, a recreation of a historic partial mosaic discovered in the area by Australian troops during the second battle of Gaza in April 1917. Tobi, in fact, recently spent the entire summer last year painstakingly putting together a section of the tableau.

Left  The embellished façade of the local arts theatre.

Just prior to World War I, during the Ottoman Empire, Turkish troops built a trench on a mound in the Ghuzze Wadi (a dry river channel or valley) near the town of Shellal in Gaza. What they also did was dig through the historic remains of an early Byzantine church floor, later dated to 561—62 CE. It was discovered by Australian troops fighting in the Second World War of 1914—18. Final ownership of the cultural artefact has been highly controversial, as it remains today on display at the Australian War Memorial
in Canberra.

The partial mosaic that survived, consisting of tesserae (the tiny coloured chips) of marble and malachite, is recognised as being of very high quality workmanship. Although some of the image symbols appear in early Christian churches (a vine, caged birds, a lion and tiger), they do also feature in synagogues and private homes, so it is believed that some of the imagery may simply be decorative and representative of, perhaps, pagan traditions. 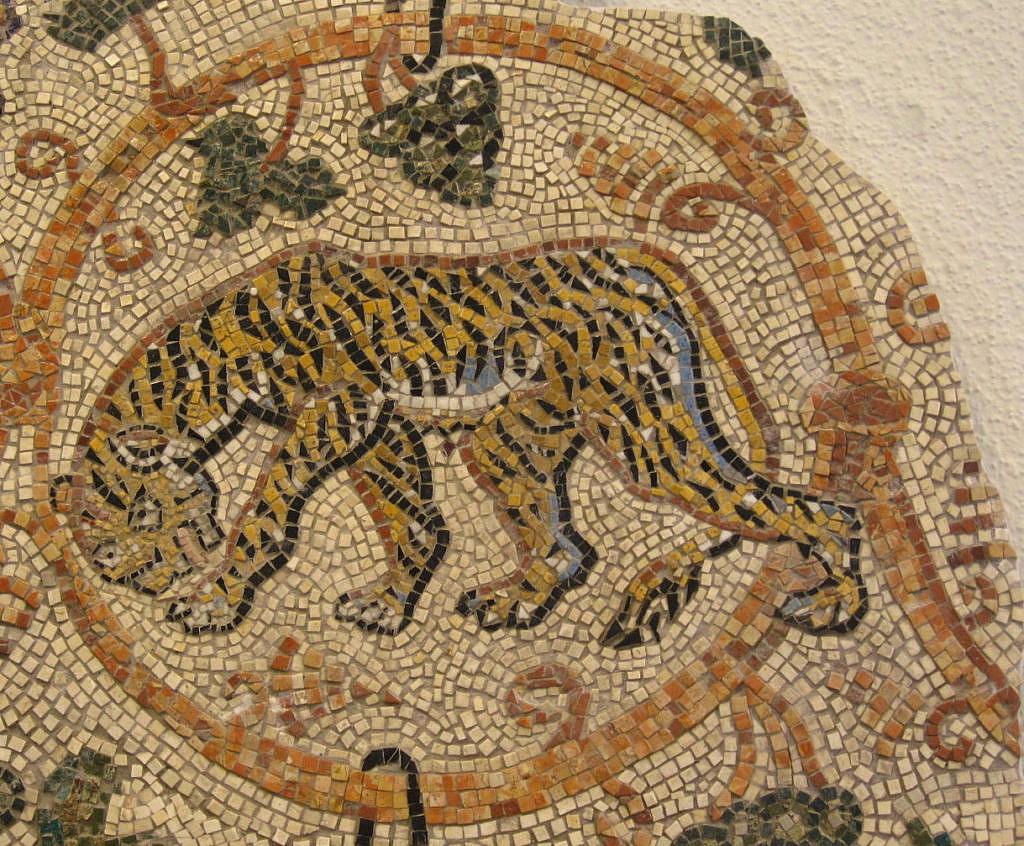 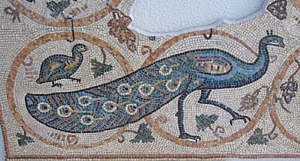 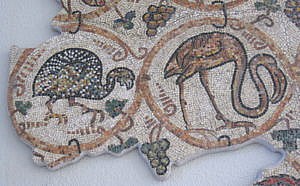 Above, at bottom right is the portion of the recreated historical Shellal mosaic
that Tobi carefully worked on for a full summer.

Then it was on to Be’ersheva to test out the felaffel at a Bedouin stall. Traditionally, the Bedouins are pastoral nomadic Arab tribes rearing their goats and sheep in the deserts of southern Israel, but they are becoming increasingly sophisticated and more sedentary. Slowly the Israeli government is helping them establish more permanent settlements, creating brand-new dedicated towns and installing basic services and infrastructure for the Bedouin communities. I fully expected to be taken to a remote settlement with tents and goats (having previously visited similar communities, and certainly they do still exist throughout the Negev Desert), but we ended up in a surprisingly large established town with brick and mortar houses and several soaring mosques. The felaffel stand, clearly, was a favourite of the locals and, indeed, the sesame balls were truly soft and fluffy and immensely tasty. Definitely the best we’d had so far. A wonderful experience. 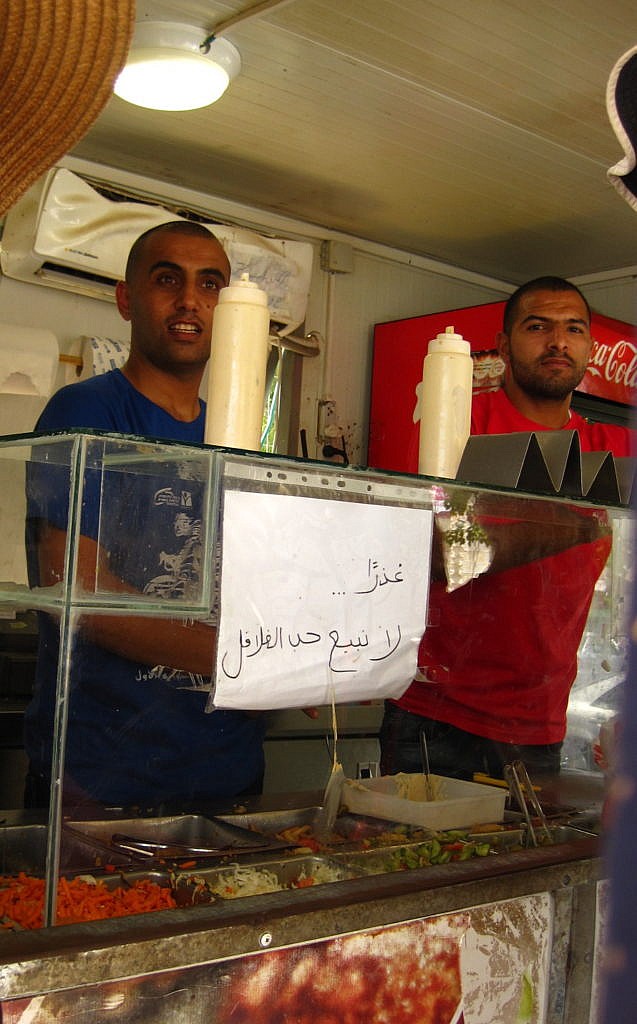 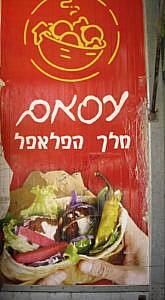 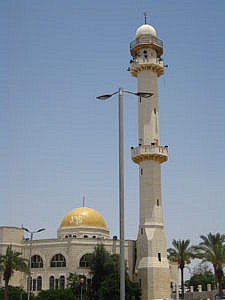 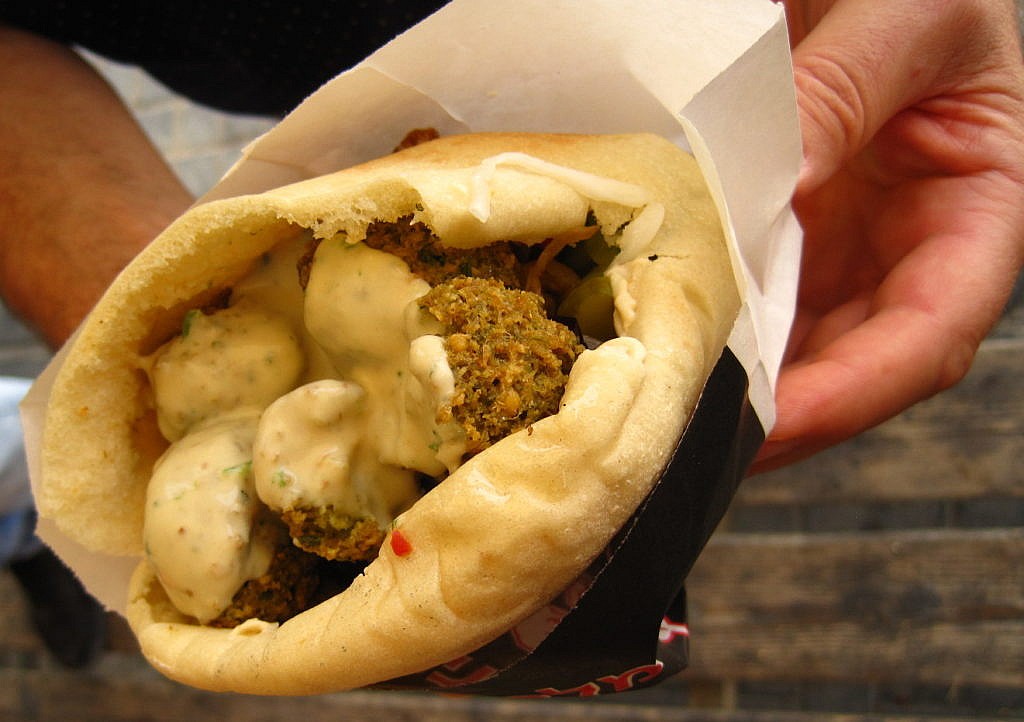