You don’t come to Israel for its beauty. You come here to get your eyes opened. Where we are in the south, the country is flat and arid. Other than the dusty tree groves and assiduously tilled farmlands, it’s baked earth and trimmed palm trees. As you drive around, there is a very Middle Eastern feel, with, between the large developed towns and cities, sprawling blocky cube-like houses and settlements, often built of white rock chopped out of the quarries.

But most of all, it’s quite fascinating experiencing how the Israelis live every day. This morning, a voice on the radio reported that today “only” 11 fires had been reported in our Negev area, started by helium balloons carrying incendiary devices launched from Gaza. From the earliest age, children are taught not to go near, or to touch, any balloons they might encounter floating in the air or lying on the ground. Later, while driving to the “safer” north of the country for a family wedding, we witnessed first-hand, near Sderot, a series of fires right next to the road being doused by a platoon of fire-fighters. 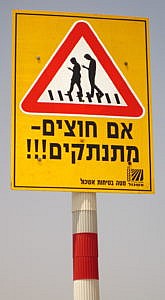 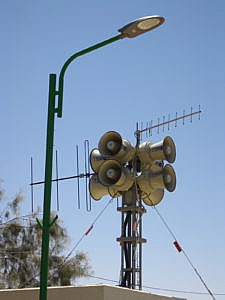 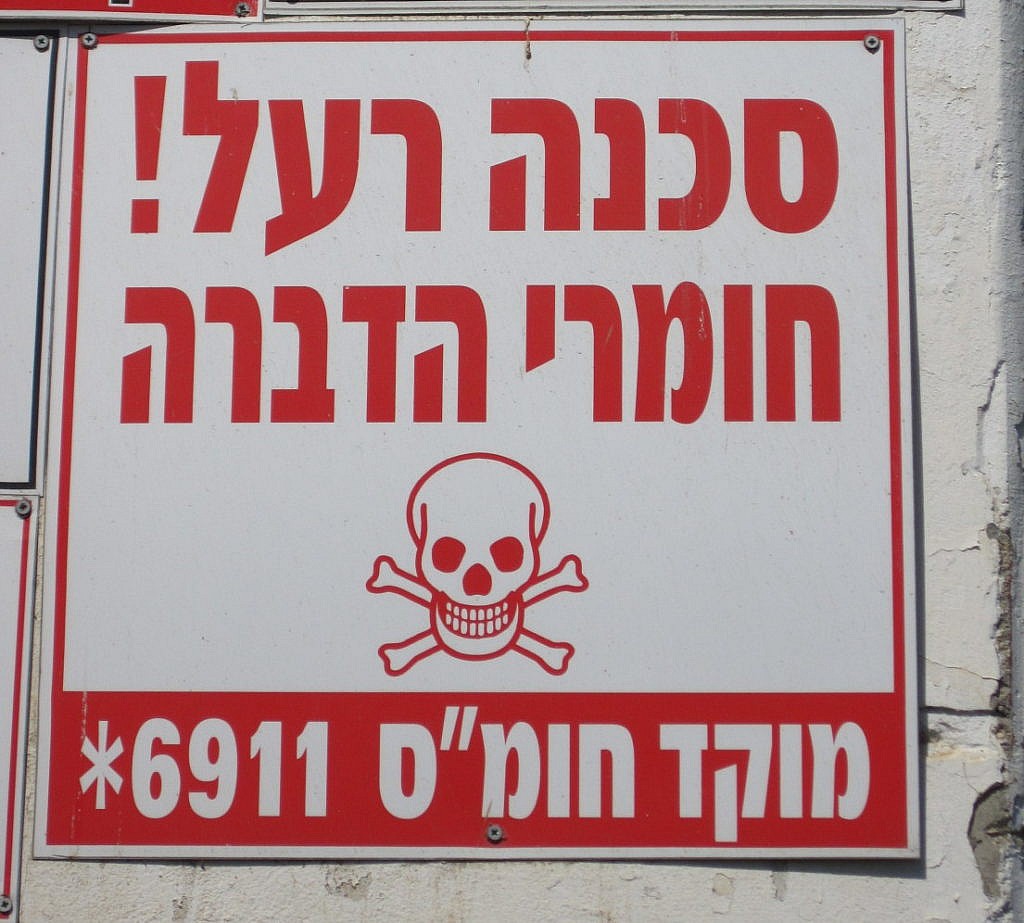 Nothing to do with the border, but it’s all about life and death, isn’t it?!
Warning against crossing the road while texting; a cluster of speakers at a bus stop in the Moshav
for “Red Alert” — a communication system in the case of missile launches from Gaza;
a sign outside a farm chemicals building;

Whenever you’re driving in the vicinity of the border, there are cream-coloured parachute-style balloons suspended in the sky containing surveillance cameras. We passed a grove of giant radio-wave dishes, looking much like our SKA (square kilometre array) radio telescopes in South Africa, beside a great white dome that is a radar facility. And what appeared to be a merry-go-round — a central pole with wires radiating out from it — was a communication mast. These are all army intelligence “listening stations”.

A day or two ago, Hirsh’s brother-in-law decided to take me on a mini sightseeing trip … we ended up at the border meeting point of Egypt, Gaza and Israel. It is marked by great concrete fence blocks, a barrier presently being constructed by Israel for added protection. But what tickles me the most is that, as always, a structure so industrial and offering so little beauty was decorated with stylised birds.

Trucks loaded with cement and building materials were in the process of being checked before crossing into Gaza; the irony of it is that Gaza relies on Israel for these materials, but often they go into the building of secret underground tunnels into Israel. I had to be very careful taking my pictures, then we sped out of there in case we were apprehended. A fascinating excursion. 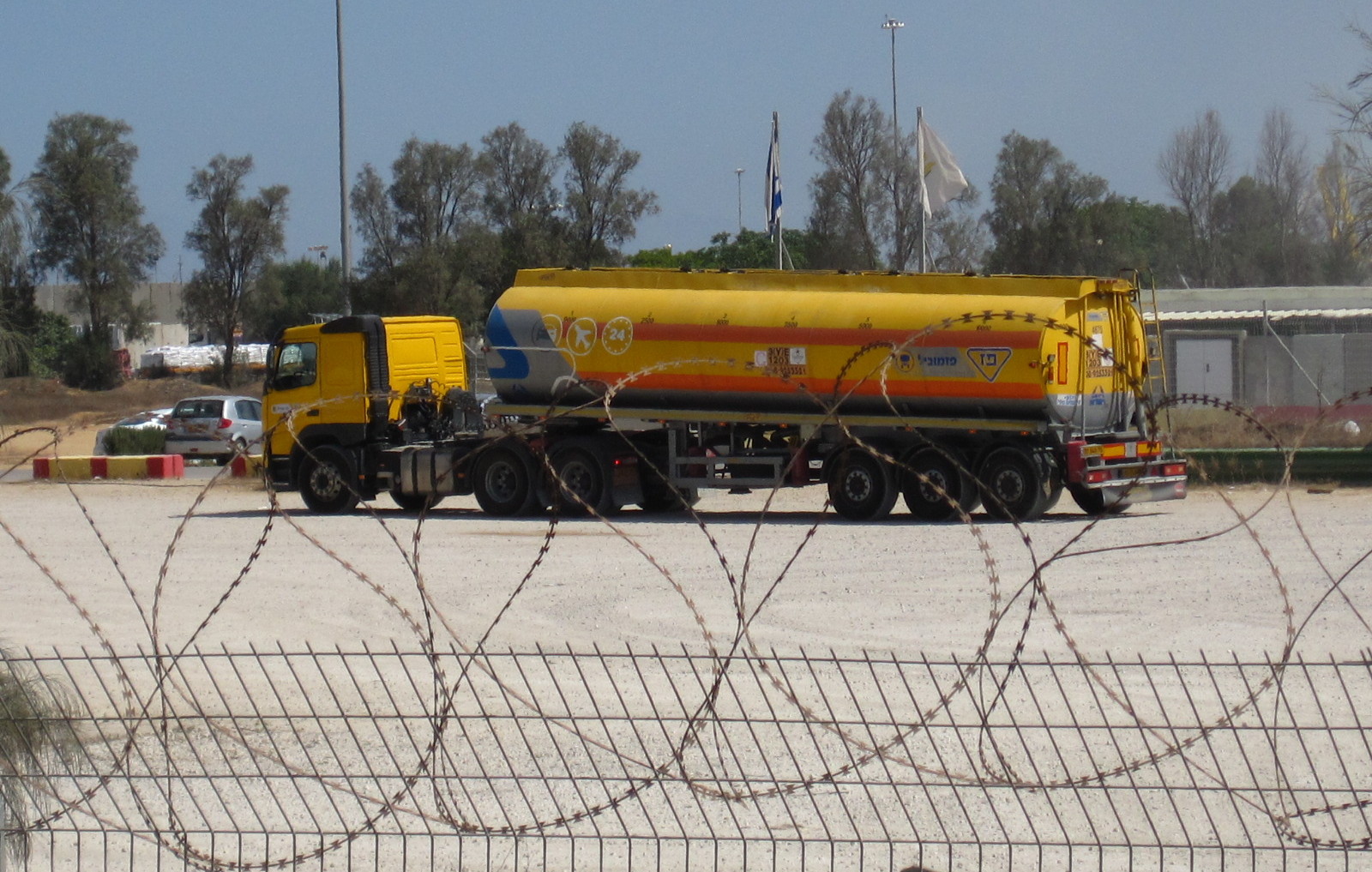 Taking a sneaky photo … a tanker on its way into Gaza

A man has to eat … a food truck stationed at the border;
note the photo of the soldiers on the side