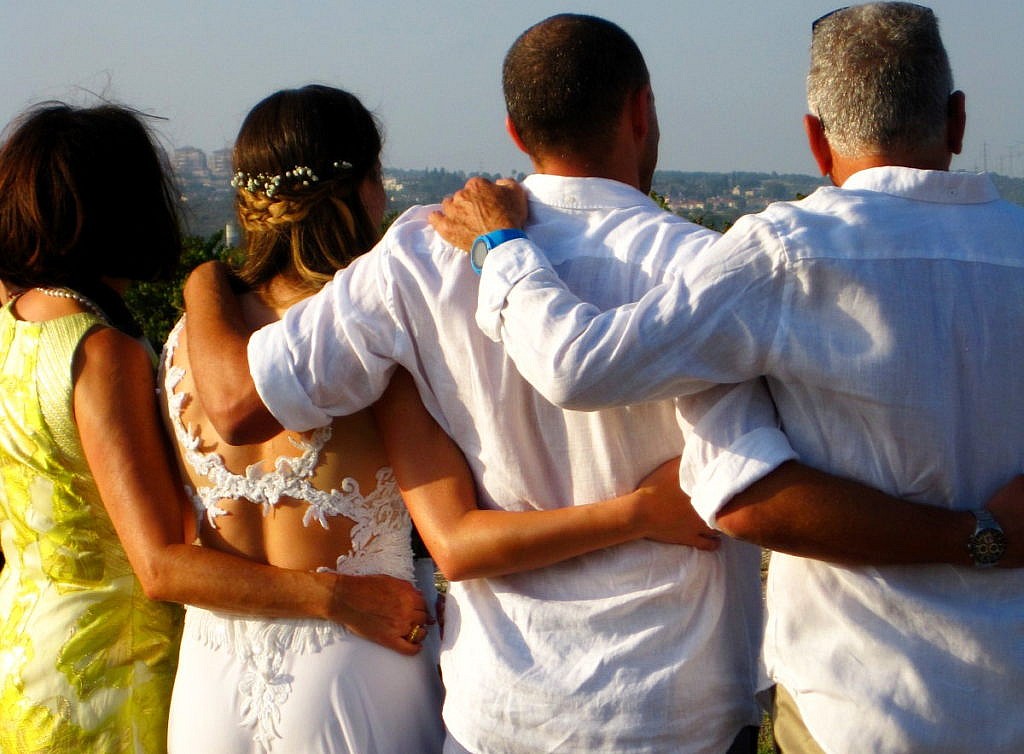 So … the principal reason for our trip to Israel … and by extension, Tuscany, and Provence. THE WEDDING. It was the celebration of a special nephew of Hirsh’s. It was also the most unconventional wedding we’ve been to.

The setting was a vineyard originally established by Baron de Rothschild (actually, Abraham Edmond Benjamin James de Rothschild) in the north of Israel, near a town called Zihron Ya’akov. Beautifully rustic, with lights strung along the vine rows, café-style tables and chairs, and pot plants in paper bags tied with string, the ceremony took place around sunset, gilded light playing across the vines and tables and crowds. 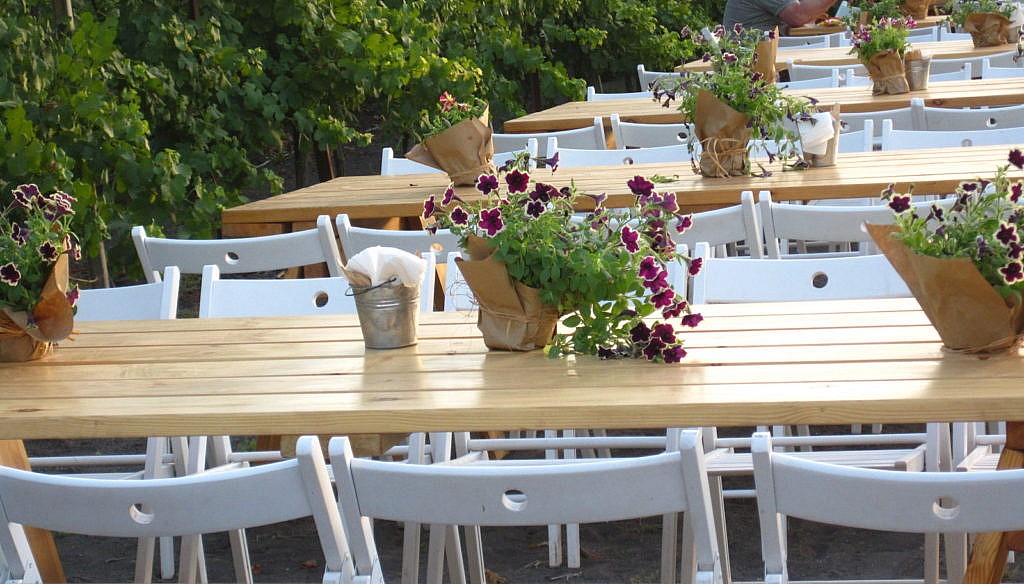 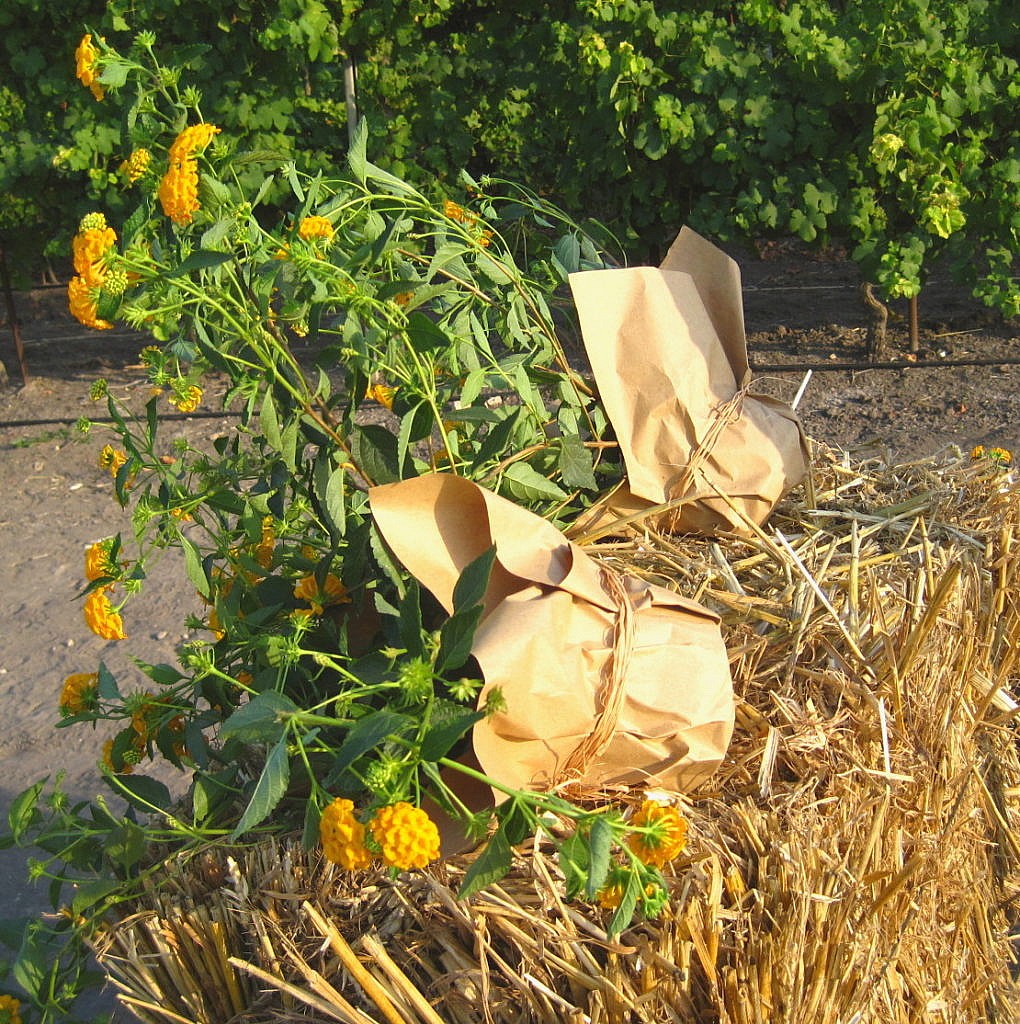 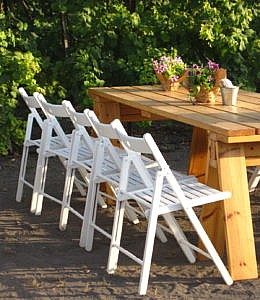 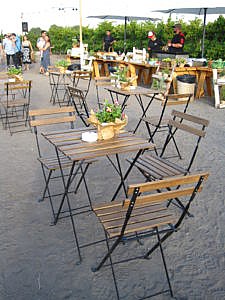 The lovely couple arrived together in a little dusty car, quietly and unannounced; the bride fetched her own posy of flowers out of the trunk and then the two, stationing themselves in the car park, laughed and greeted and hugged guests as they arrived. 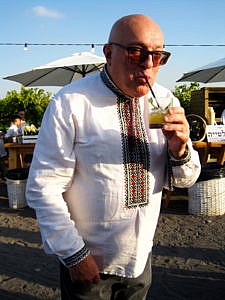 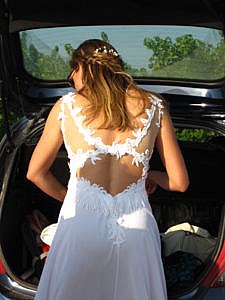 A very cool “rabbi” in his embroidered Eastern shirt sipping the truly delectable
gin, mango & chilli cocktail; the bride retrieving her posy from the back of the car.

First came the eating, wandering up and down a series of contemporary designer food stalls lining both sides of the seating area, from coriander shrimp tails on skewers to salmon (and meat) burgers to roasted peppers and brinjal. The bar kept revellers lively with a mango, chilli and gin cocktail (among others) and a disco lured those with diamonds on the soles of their shoes to the dance floor. 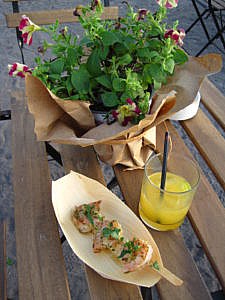 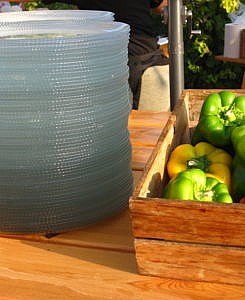 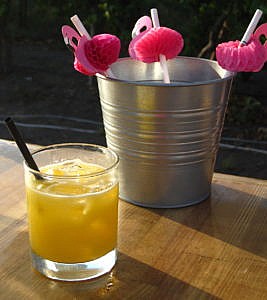 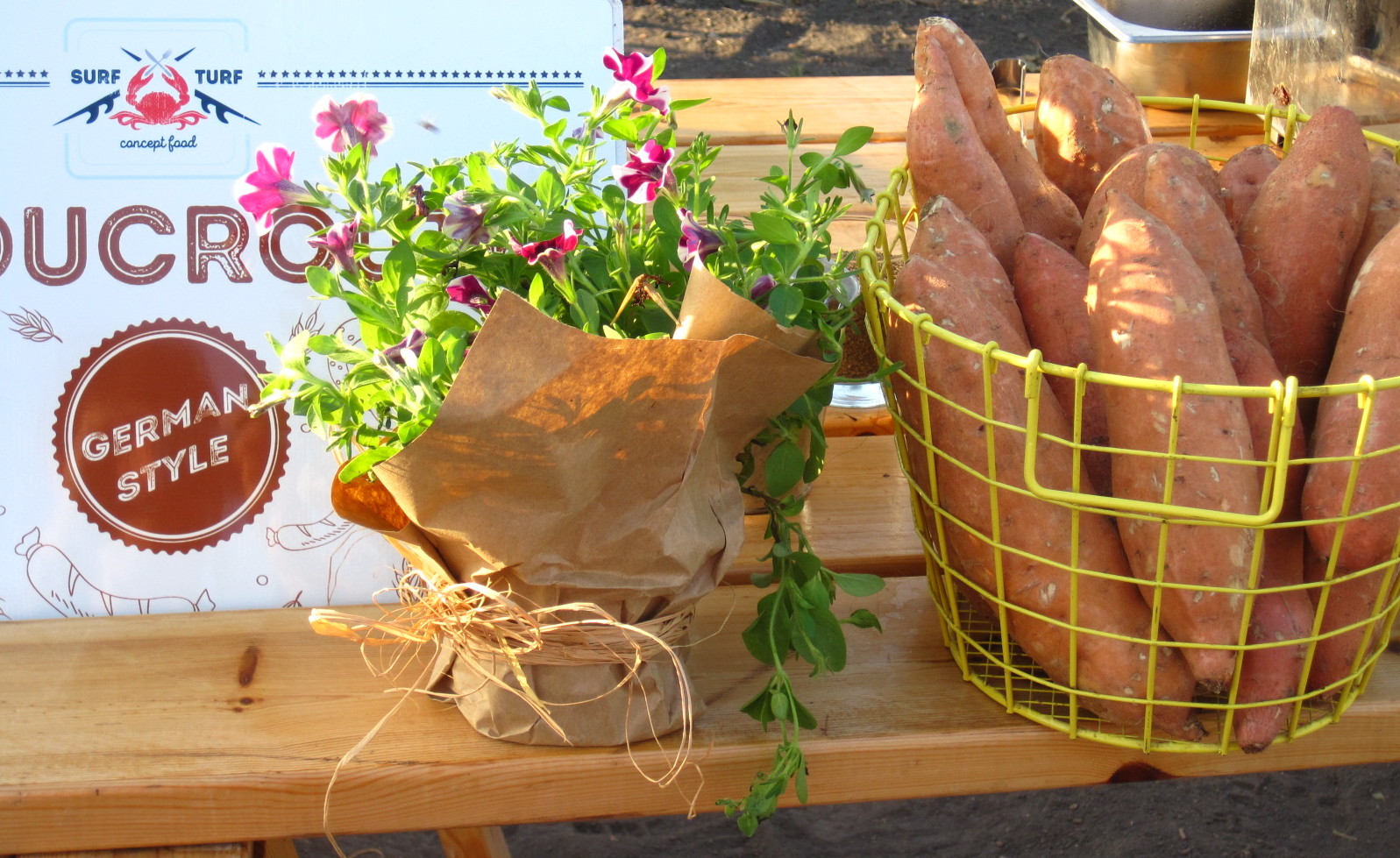 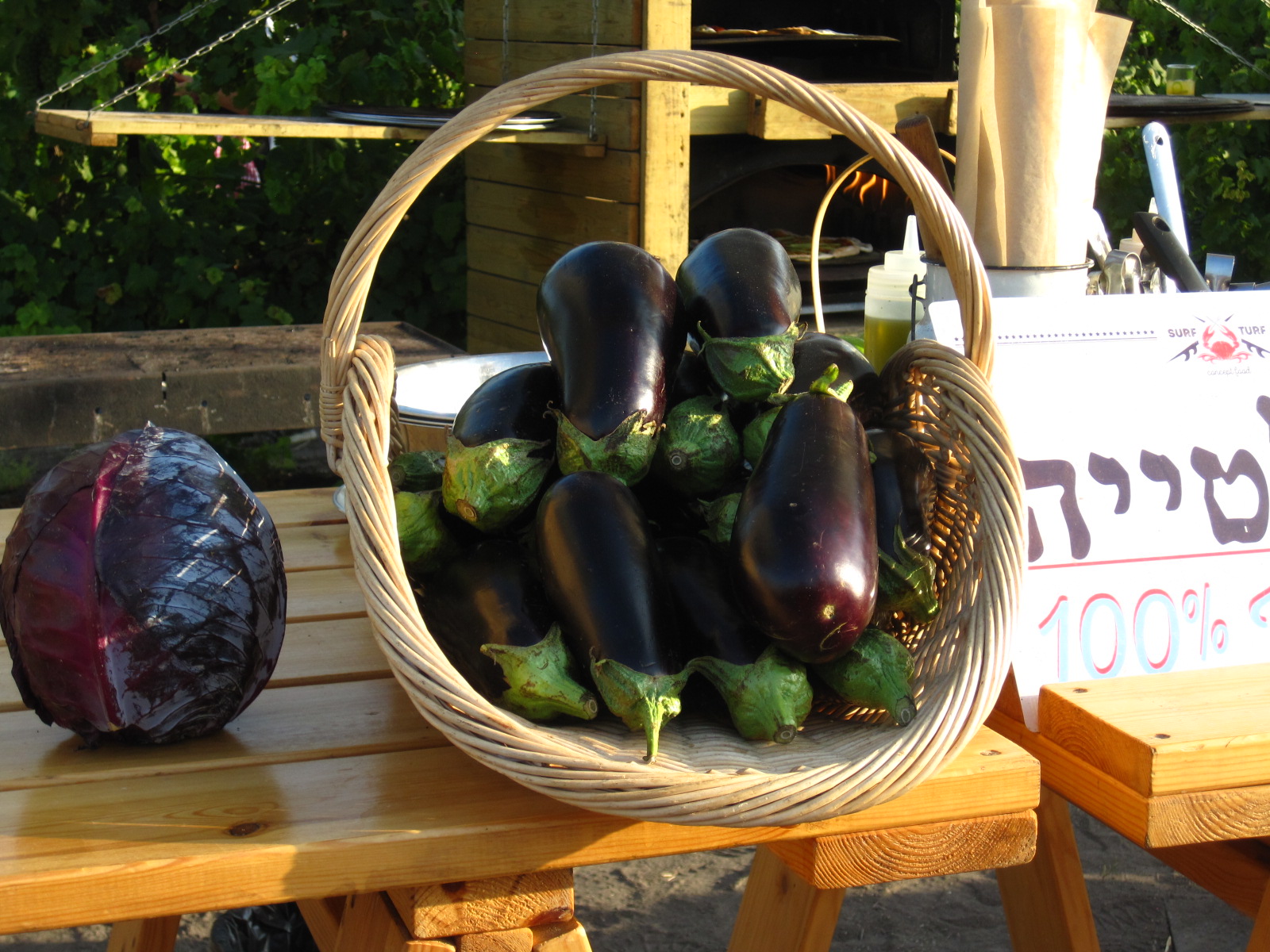 Only much later did the ceremony happen, conducted by a hip “rabbi”, a family friend from the UK who is trained to conduct civil ceremonies, whatever the persuasion or religion. The only traditional part was the Chuppah (the canopy beneath which the vows are made) and the groom stamping on a glass — among several interpretations of this ritual is the symbolism of the marriage union lasting as long as the glass is crushed: forever. Then the dancing began in earnest, way into the night, uh, early hours. 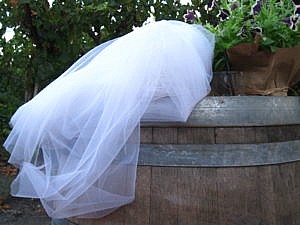 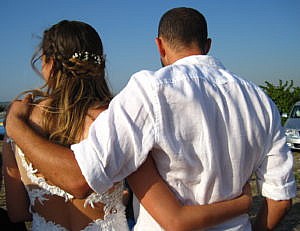 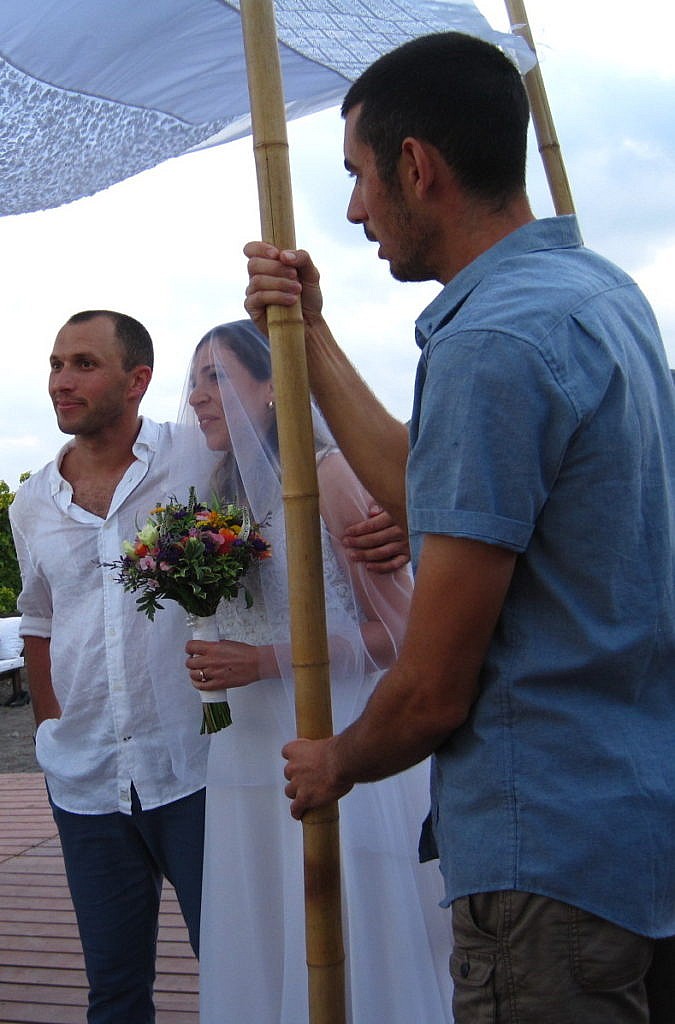 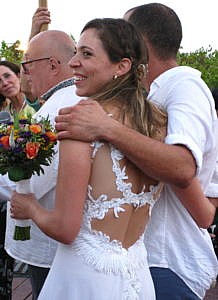 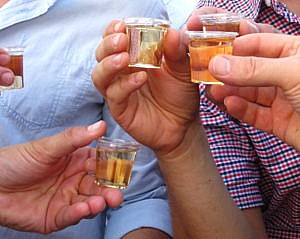 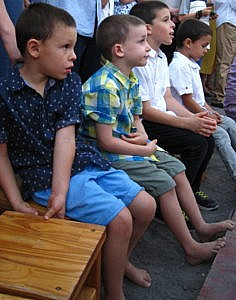 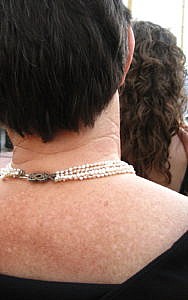 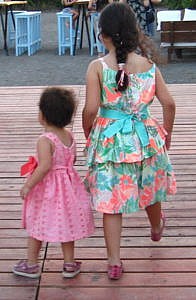 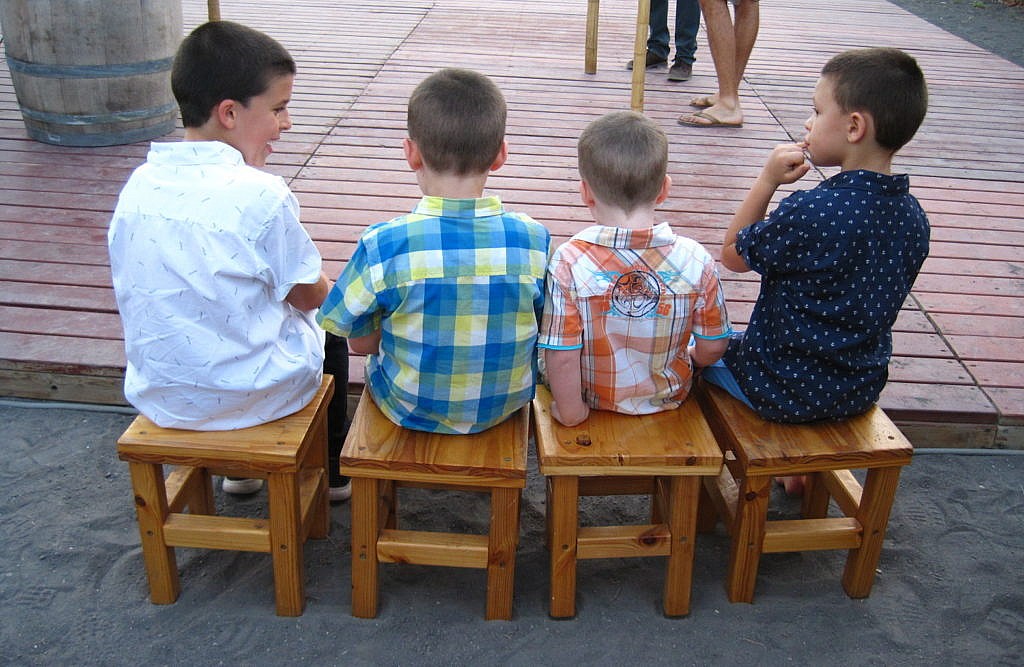 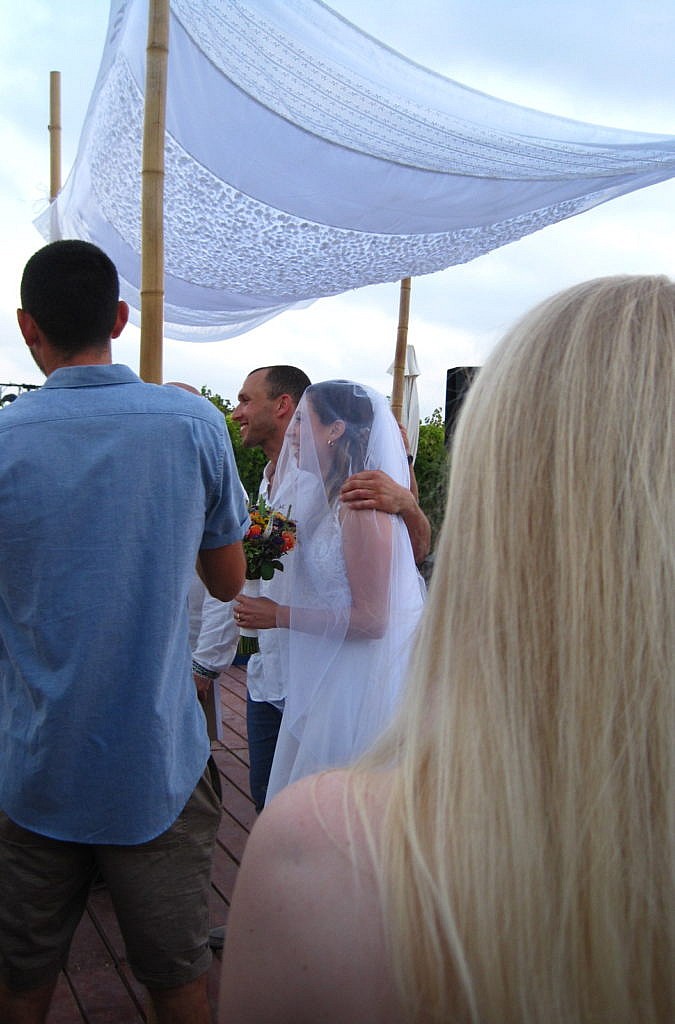 Our final day in Israel was a rambunctious lunch with the entire family. Picture this: 18 adults and 14 young children arranged around two tables in a dining room / kitchen. For a child-free couple like Hirsh and myself, it was Interesting. But a warmer, more hug-filled send-off you wouldn’t find anywhere else.