Hirsh started it. The kilometres were flying past us on our 770 kay, first-leg drive up to Botswana. His back was sore, my eyes were glazed, and we still had some way to go. Somehow Credo Mutwa — South African visionary, prophet, sangoma, and also an artist — became part of our conversation (without there having been any previous mention of him whatsoever). I’d said to Hirsh, “Hey, come on, you know that the Back Road Tours credo is: It’s All About the Journey.”

Hirsh’s response? “One man’s Credo is another man’s Mutwa.”

Credo’s father, a Christian, gave his son this first name from the Latin for “I believe”. The child was born out of wedlock; Mutwa means “Little Bushman”, so translated it’s something like “I believe in Little Bushman”. 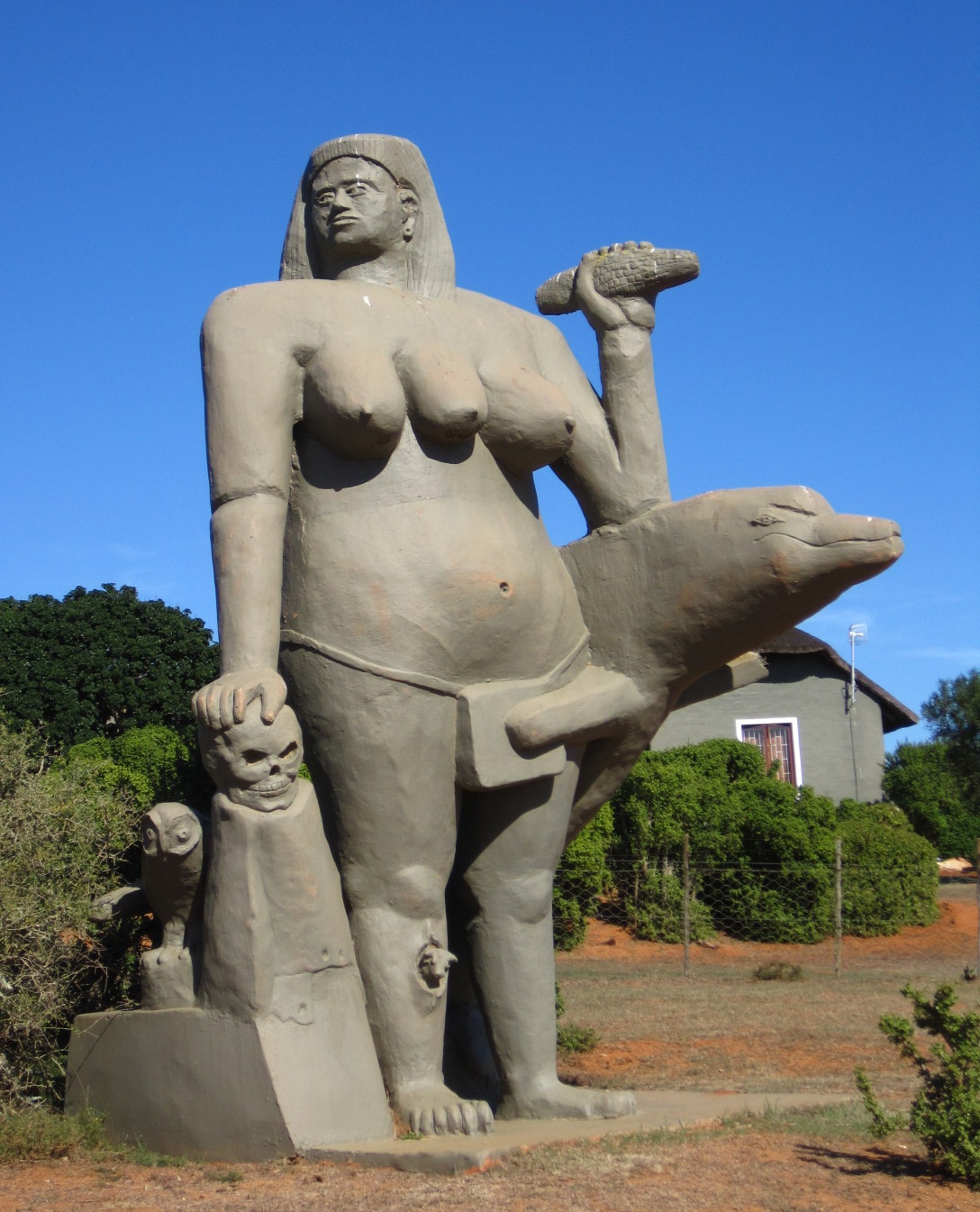 Mutwa’s writings and poetry and sculpture are wrapped in mythology and symbolism, notably that of African spirituality and its traditions. We were startled to encounter this towering sculpture in Shamwari, moulded and pinched and smoothed by none other than Credo Mutwa, who lived here for some years, steeping himself in animal conservation. The trio of breasts belonging to “Mother Earth” symbolise our living creatures — fish, birds, and land animals, while the dolphin represents our connection with Nature and the Creator. Mutwa believed that the sea god Mpangu brought dolphins to Earth as protection against negative energies. The skull “Mother Earth” leans on represents the ancestors so pivotal to Xhosa culture.

Our NINE-HOUR journey took us via Oudtshoorn and Beaufort West to Victoria West and Britstown, then finally Broadwater Lodge on the Vaal River, just west of Kimberley. It was a trajectory straight up the centre of South Africa, south to north (with a few gentle deviations) through a flat Karoo landscape of muted pistachio, cocoa, and caramel. But it’s the sheer amplitude we relish … 1 per cent earth, 99 per cent sky. 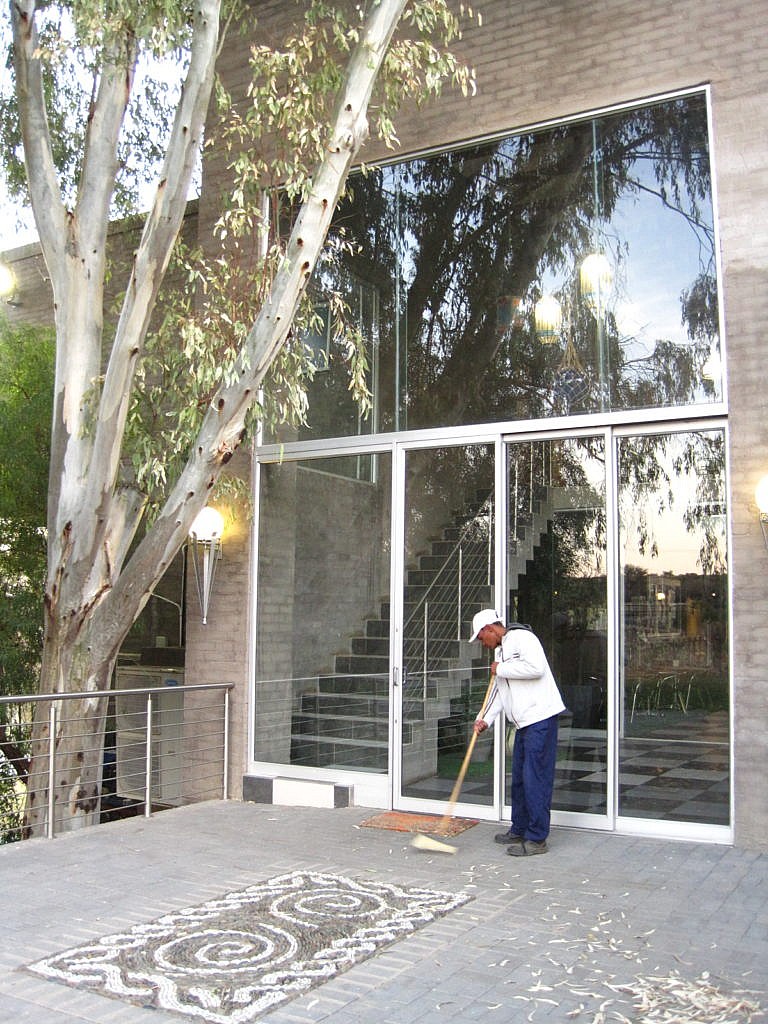 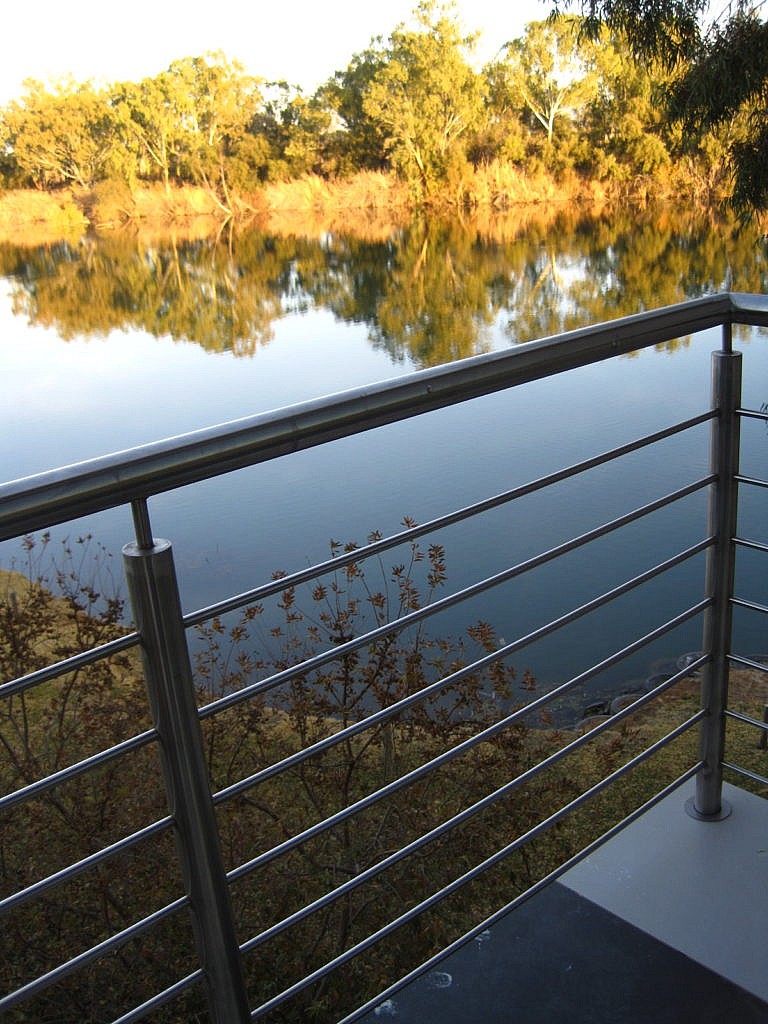 Above left, double-volume glass entrance to Broadwater;
right, our view of the Vaal from our bedroom 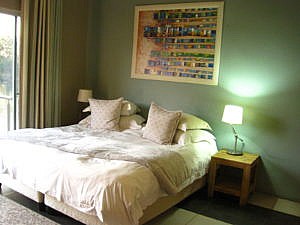 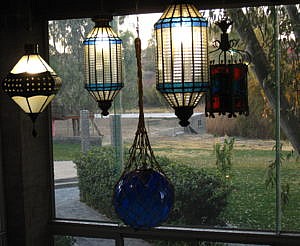 Broadwater has seriously maximised its use of glass and views onto the water, each unit featuring sliding doors onto a balcony suspended above the river. In spite of the early wake-up call from a cacophany of Hadedas at a decidedly unfriendly temperature of 3°C, best treat was the high-pitched chittering and squawking of a pair of Giant Kingfishers sitting right outside our open glass doors. 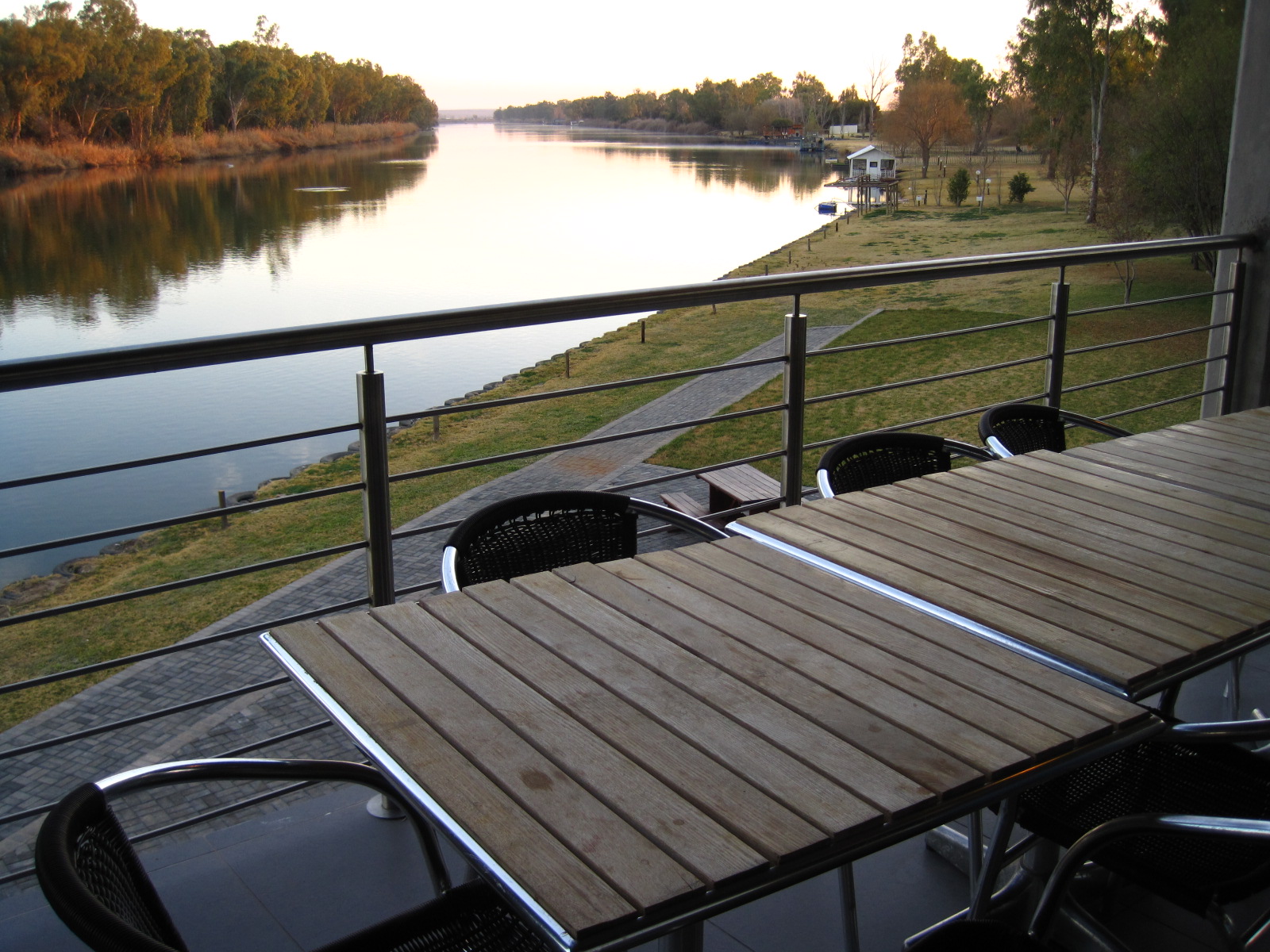