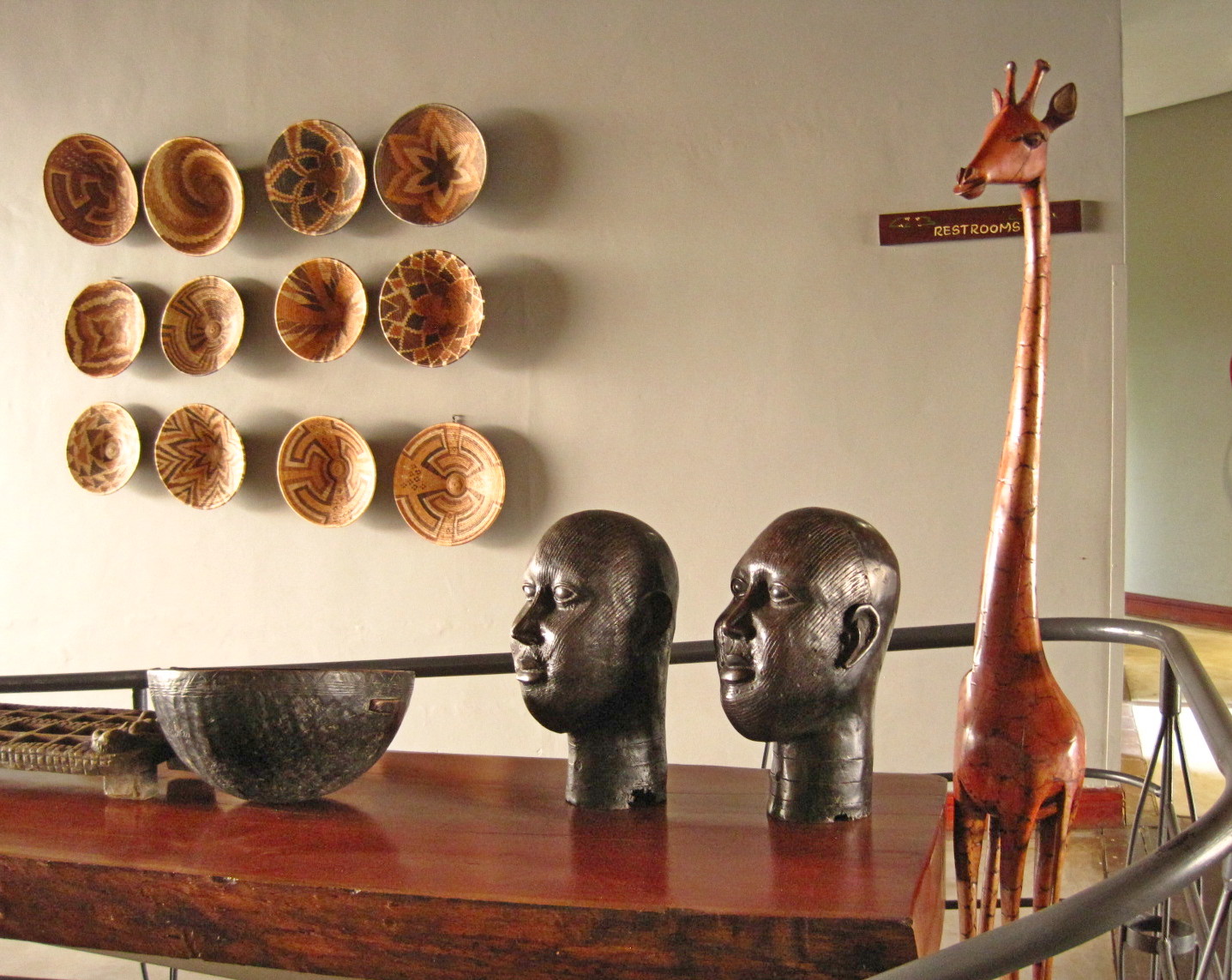 Distance. That’s what our days have been about so far. In three days in Africa we’ve covered the same distance as we did over two weeks in Europe. 2,400 kilometres behind us. Ahead of us our destination for four days … Chobe Bush Lodge. Nirvana.

What struck us about the stretch between Nata and Kasane, though, is the true wildness that Botswana still embodies. In spite of the tar, the hurtling trucks, the kamikaze drivers, to either side of the highway is dense acacia and mopane veld, morphing into leafy Brachystegia woodland. Just 20 km out of Nata the elephant signs started appearing and, abracadabra!, there was a bull elephant stripping trees at the edge of the A1. We had to rub our eyes to make sure it wasn’t an apparition. Then there were impala, warthogs, another three single elephants, and finally at least 10 in a circular huddle beneath a shady tree. As you approach Kasane, the woodland becomes glossier and greener, dominated by beautiful spreading Zambezi teaks.

Chobe, though, a great conglomeration of safari and bush lodges arm-wrestling for space along the banks of the massive Chobe River, is a sobering jolt to one’s sensibilities. Row upon row of lumbering safari jeeps line the streets and jostle like minibus taxis outside the lodges. Or they’re heading out for the park bristling with foreign tourists. Thank goodness for our Back Road Tours trip planner … Hirsh made an excellent call to check us into a smaller, more intimate lodge slightly off the river. No railway station for this crowd. 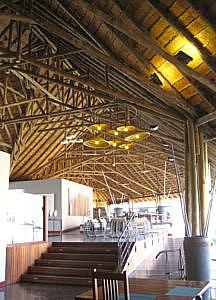 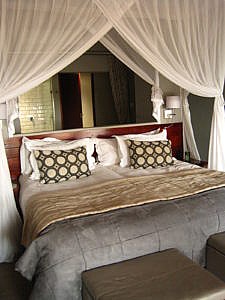 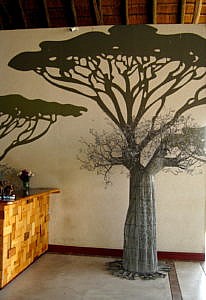 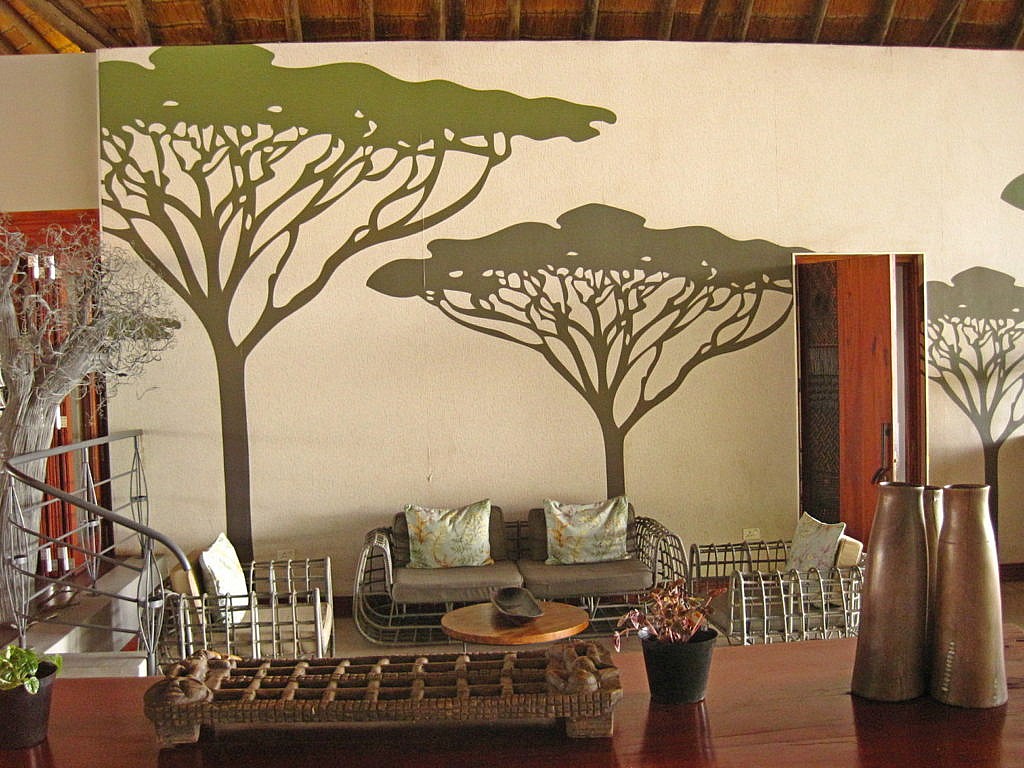 First activity of our day, an afternoon boat trip on the river. Another eye opener. It’s like a busy port, huge roofed pontoon boats constantly chugging in and out, squeezing between parked boats to upload or offload their passengers. French, Spanish, Dutch, German … they’re all here to get their taste of Africa. And once you’re settled into your canvas chair, one of many set out in serried rows, you share the waters with a multiplicity of floating craft. Exclusivity isn’t a word in spite of the refined Botswana air. 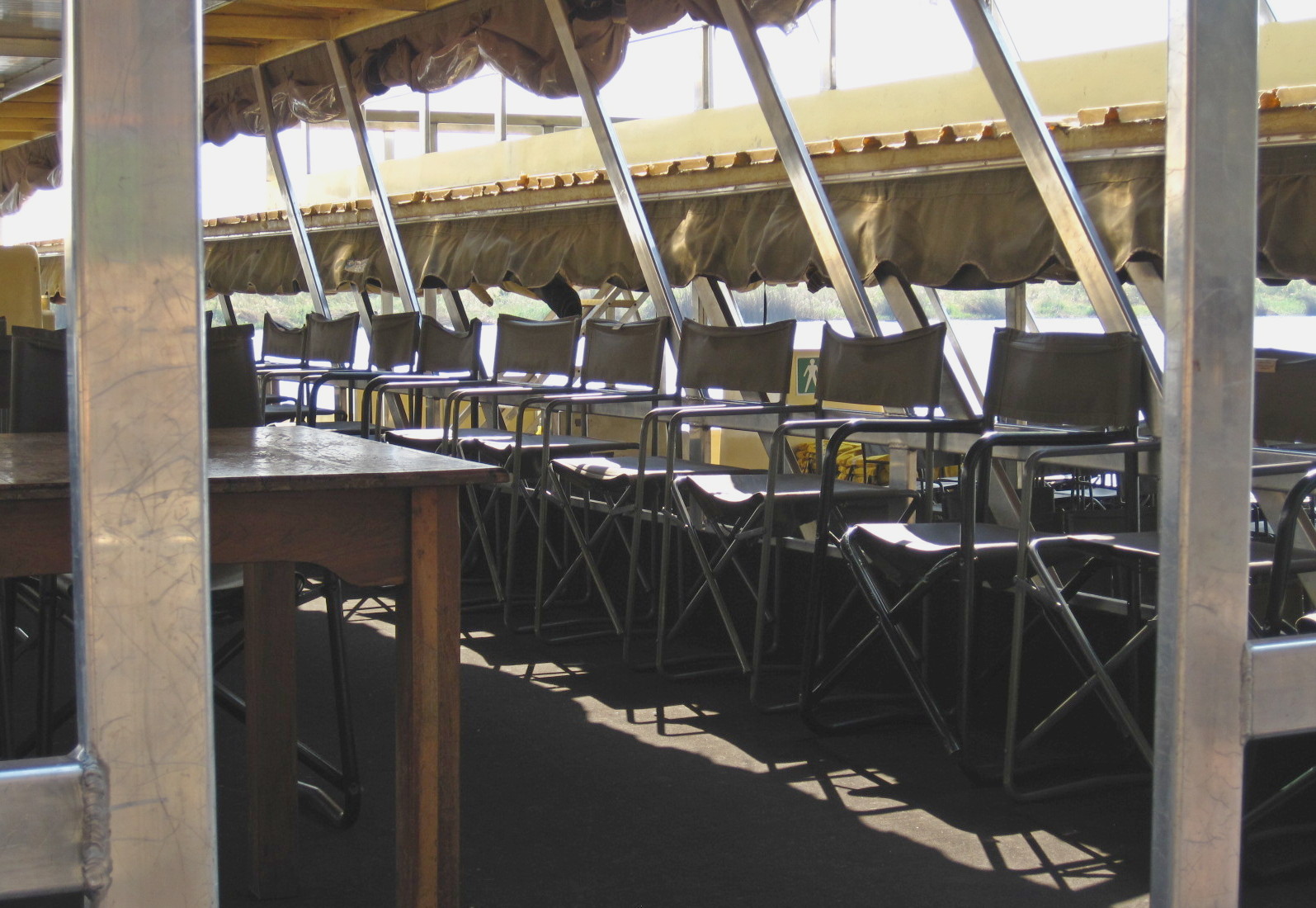 Having said that, our boat trip was absolutely glorious. It’s as if all the wild animals fall under a spell cast by the broad, silvery waters. Elephant, buffalo, hippo are drawn inexorably to the islands and channels and marshes to drink and bathe and wallow. 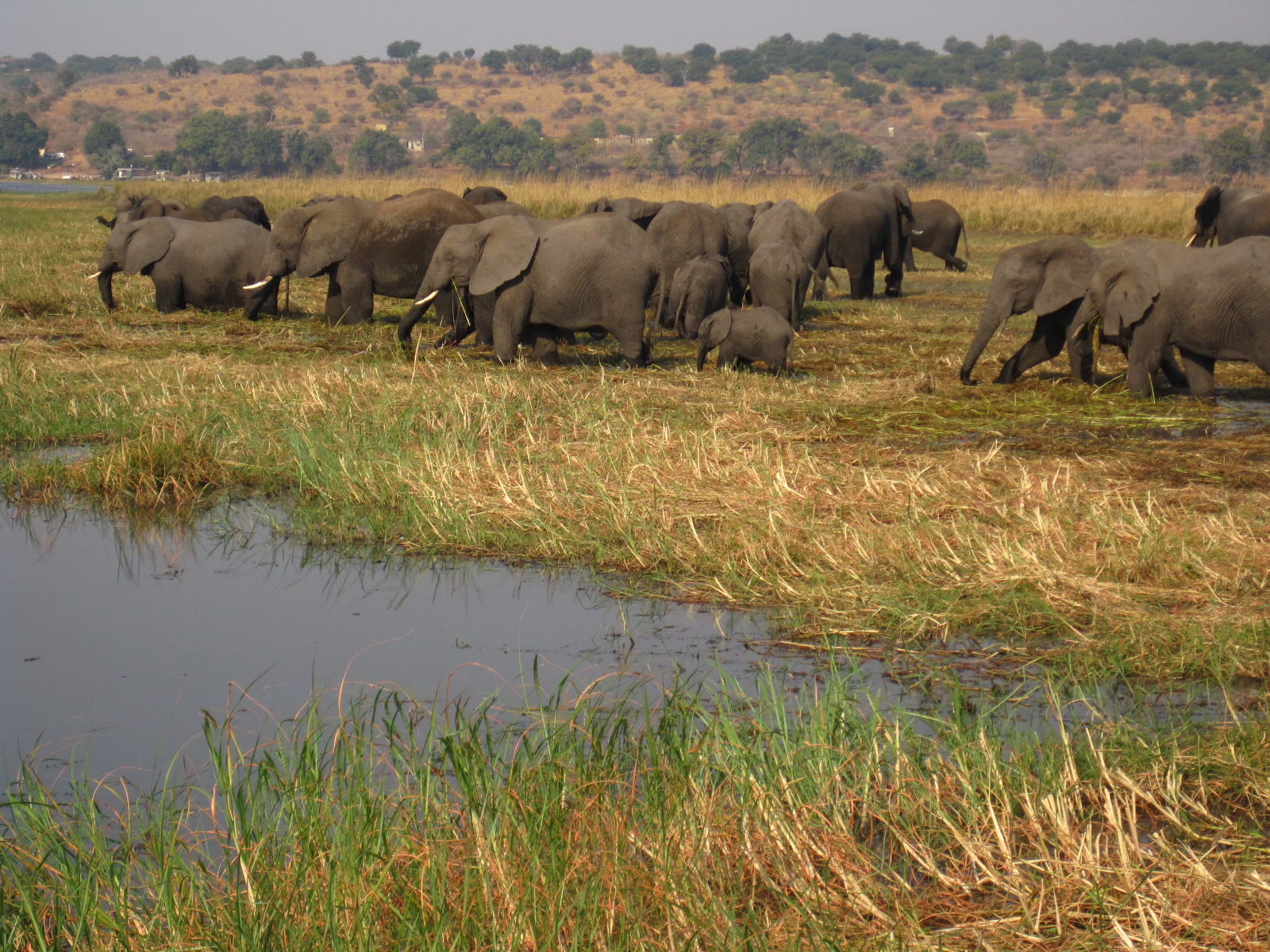 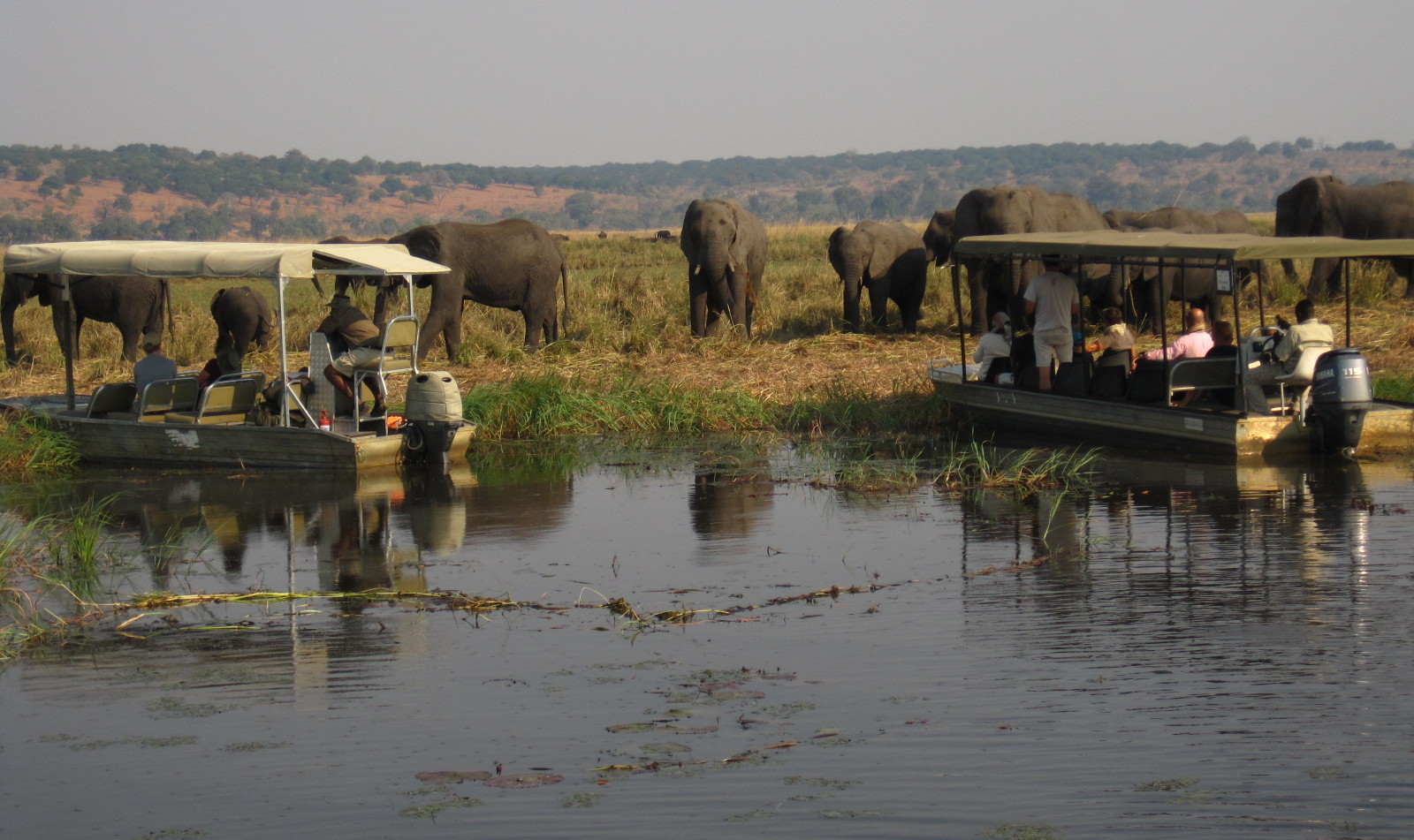 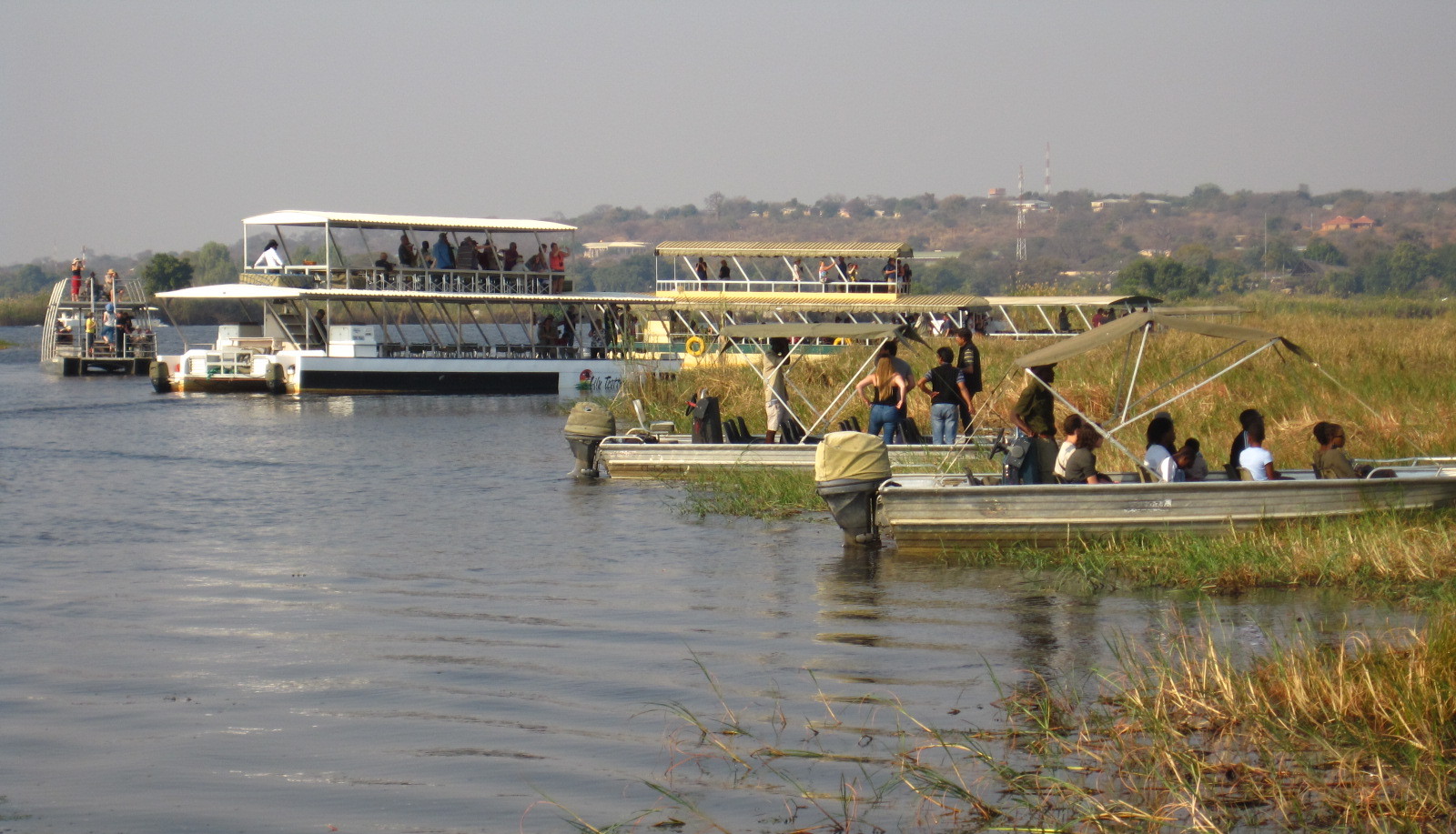 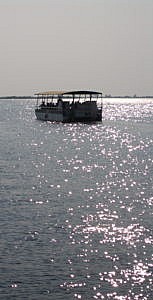 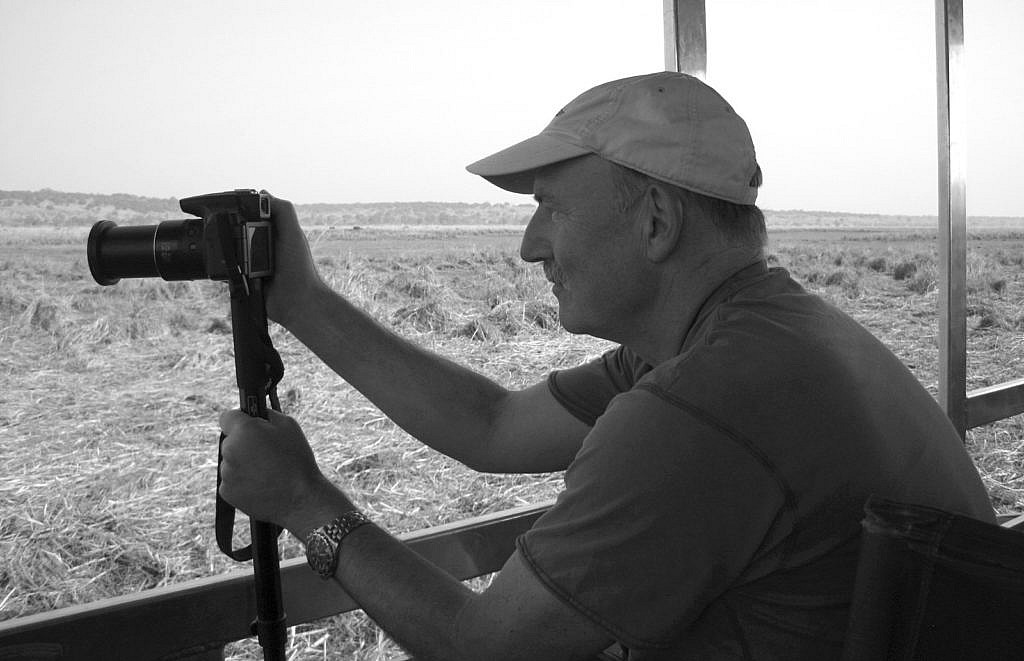 Photographer at work. (But all pictures mine!)

Crocodiles with crooked teeth and leering yellow eyes absorb the sun’s warmth on the banks, while the sheer variety of water birds is astounding. Squacco, Green-backed and Purple Heron; Yellow-billed and Marabou Stork; White-faced Duck and Spurwing Goose; African Jacana and Great White Egret, lots and lots of Fish Eagles. 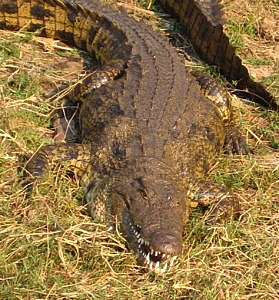 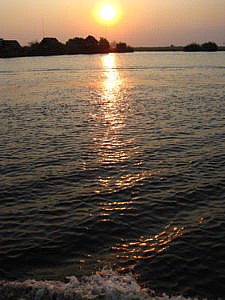 Most exciting of all are the very rare African Skimmers, darting along the surface of the water, pointy scarlet beaks prised open to scoop up small crustaceans and tiny fish. Their lower mandible is longer than the upper one, all the better to scoop with. 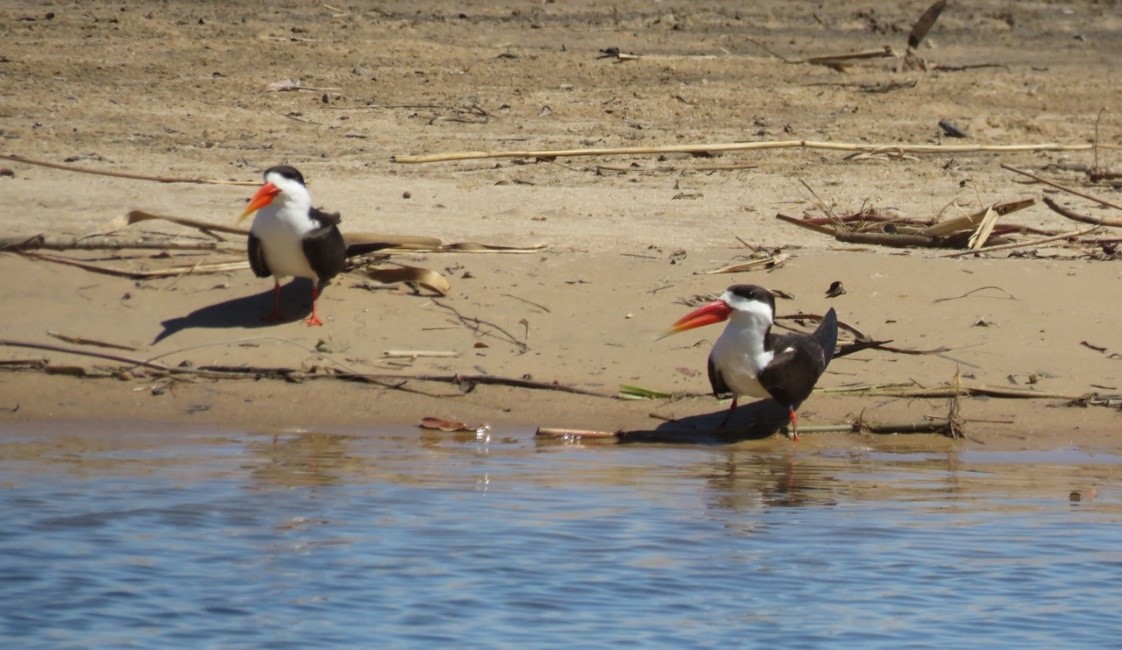 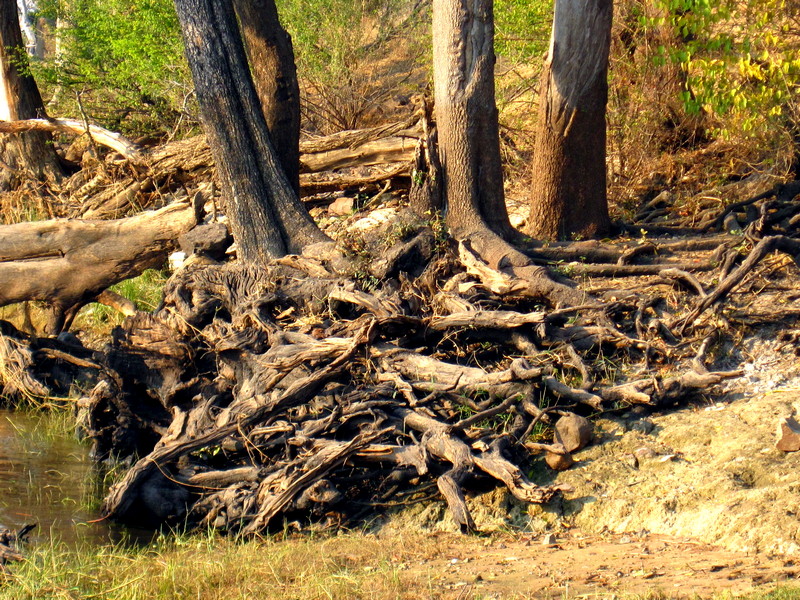 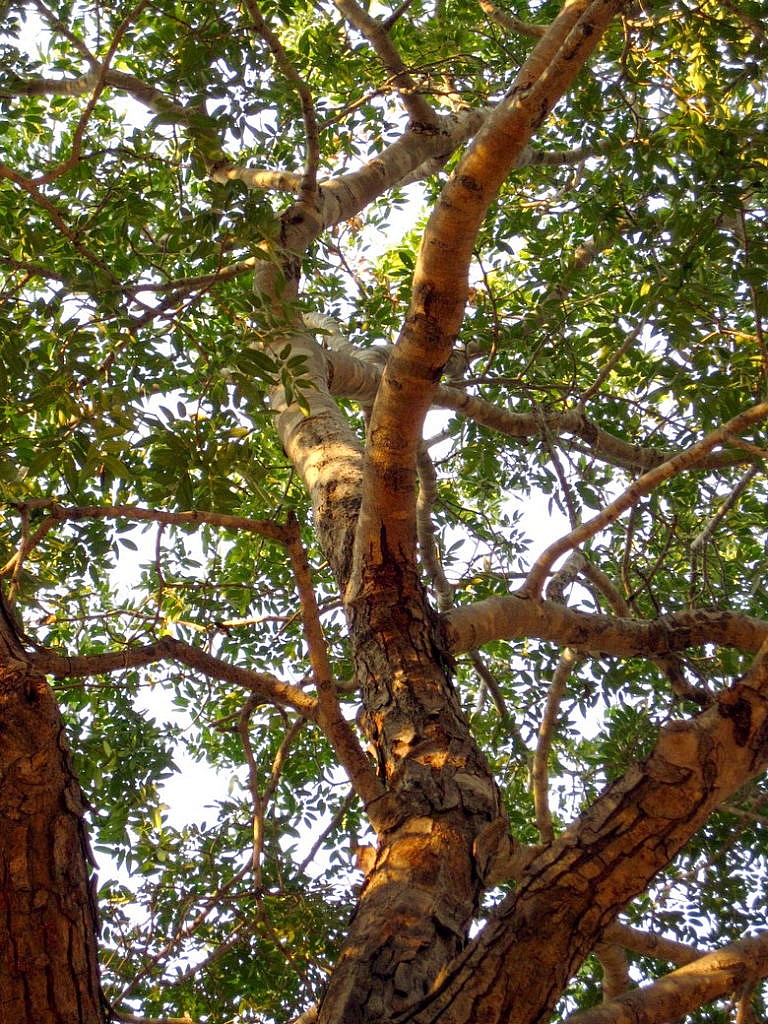 In the end, the true magic was simply being surrounded, for 360 degrees, by troop upon troop of wild animals. And the ruby grapefruit sinking sun. 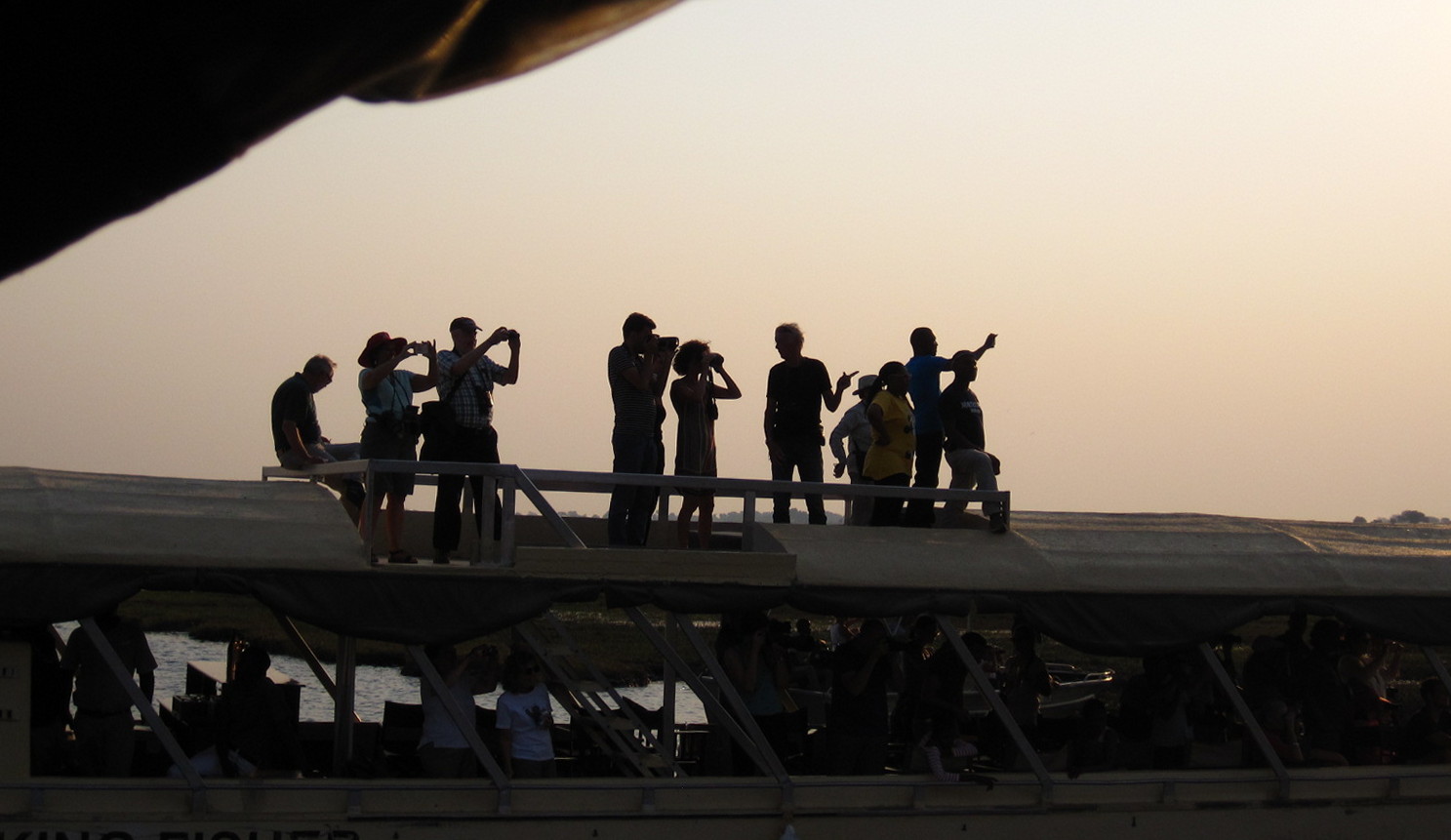