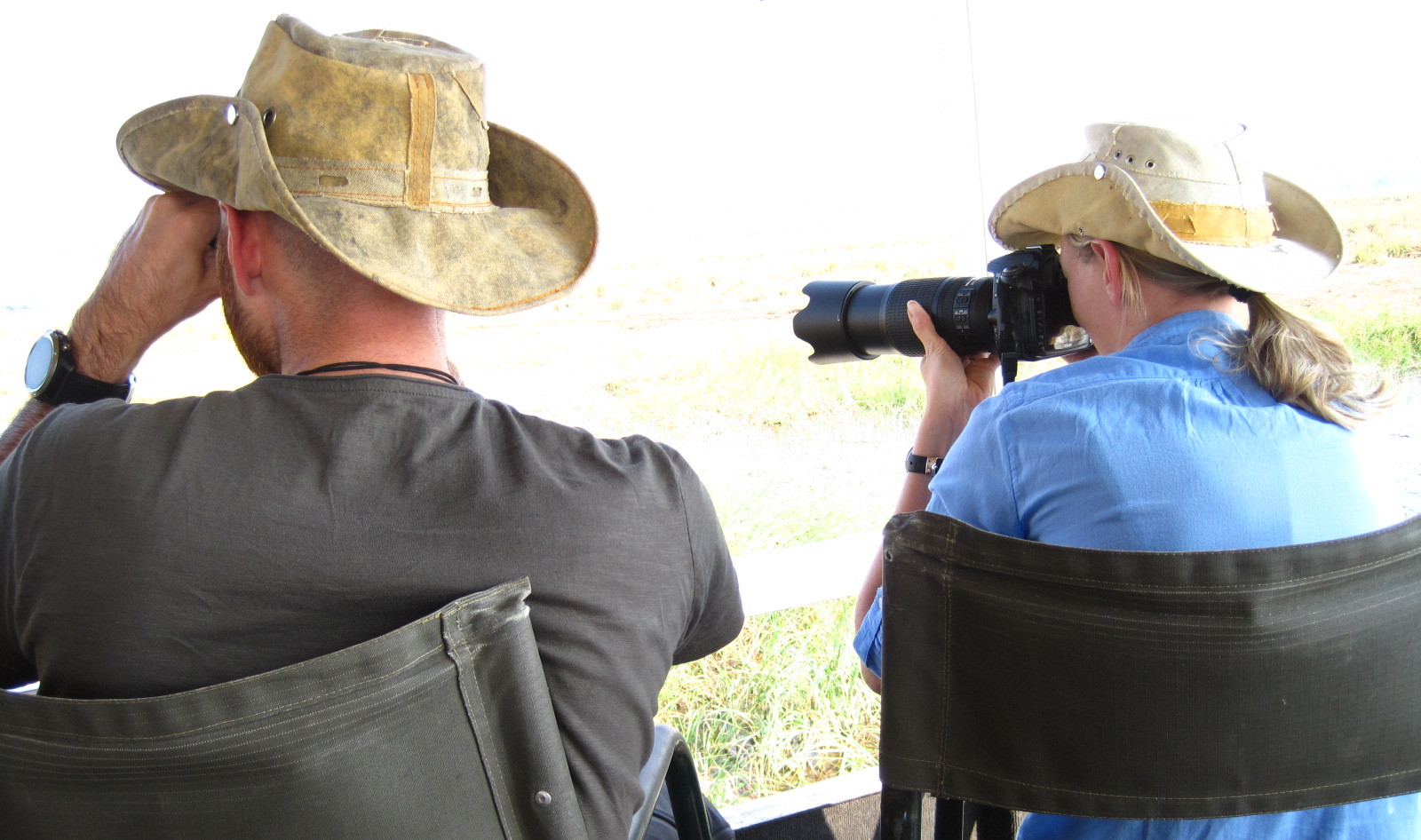 It’s all about the perfect shot…

So, our last boat trip on the Chobe River. One of those really big pontoons tightly packed with … Italians … and more Italians. The animated jabbering didn’t stop until we docked after sunset back at our starting point. It was the noisiest boat trip we’ve ever experienced. Even after our boat captain pleaded with all of us to keep our voices down. Respect for the animals and all that. 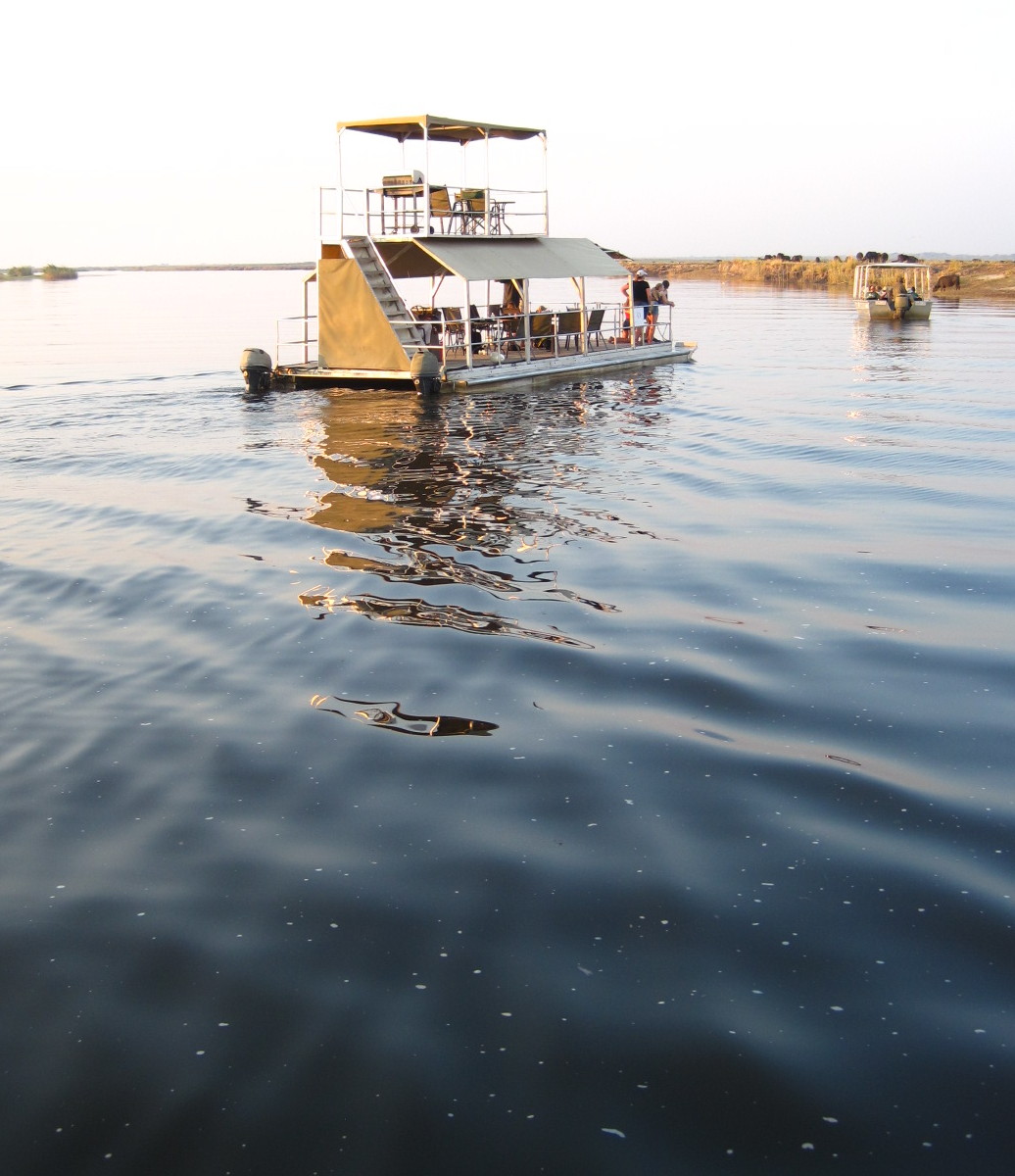 Hightlights included an elephant bull in musth chasing down a female on the river banks who wanted none of his amorous attentions. First we saw the female running along the sands, ears and trunk flailing as she tried to get away from him, followed by the sexually rampant male with a particularly large appendage creating drag on his progress. The Italians were fascinated. There was a lot of cheering and egging on from the sidelines. But after a protracted pursuit when the elephant male actually caught up with the female, then pointedly ignored her, a huge protest arose from our boat. This continued for a while as, from the water, we tracked the progress of the mating pair across the Chobe sands. At the third leg of the chase, the encouragement and cheering from our boat increased so much, you’d have thought we were watching a crucial Italian soccer match. After all that, we never saw the chase consummated, as the elephant pair disappeared into the bushveld.

The best comment (from the two boys) was that the Italian males would have a lot to live up to that night.

The second highlight was the teeniest-tiniest baby elephant, so small it was still fuzzy. Our boat captain estimated it was no more than a week old. In the safety of its mother’s legs, it tried to imitate its elders by collecting up dried grasses with a wobbly ineffectual straw of a trunk. The tiny tot managed to collect up a bundle of grass, then didn’t know what to do with it, so eventually the grasses were abandoned as a bad idea and it trundled off to the protection of legs again.

End of a really lovely stay at Chobe Bush Lodge. 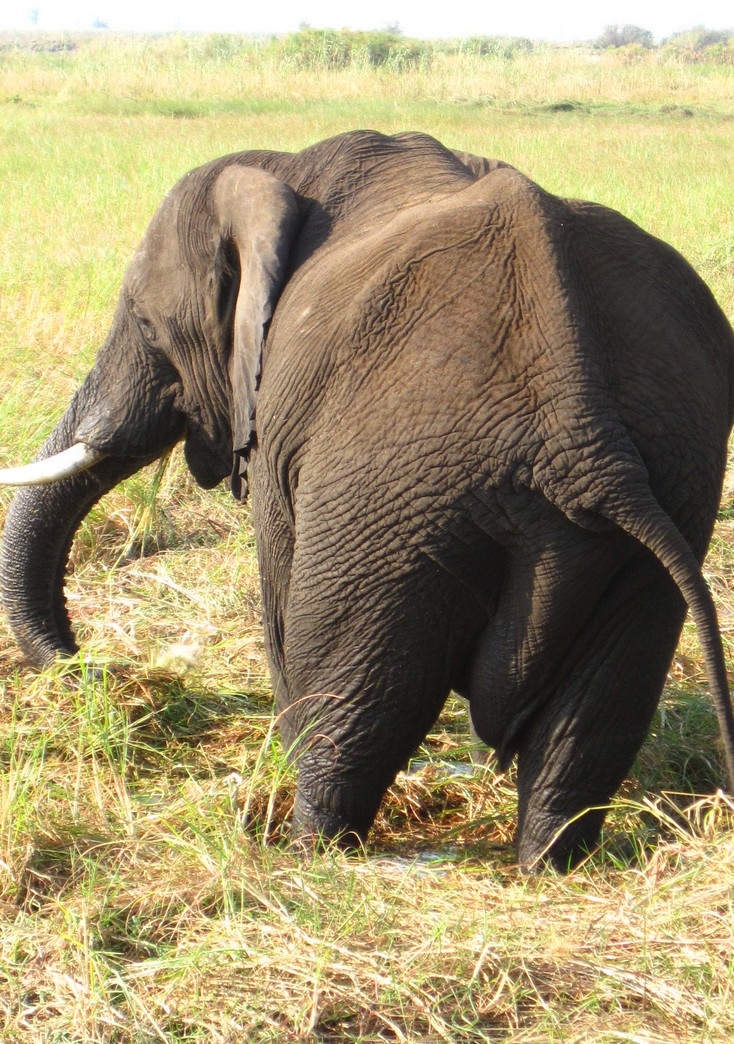