From Grand Central station to the outer limits of Timbuktu … that’s how it felt leaving Chobe and arriving at Jackalberry Tented Camp. Drenched in silence other than the gurgle and gargle of birds, utterly remote, enduringly peaceful … exclusive’s a word that applies here.

To get there, we drove through Chobe National Park — cut through by the highway! — to the Ngoma border post and into Namibia. In spite of the park designation there was no sign of wildlife, not even the dainty bobby sox of an impala. The situation was softened by the rich gold and russet leaves of beautiful Zambezi teak woodland.

What could have been a fairly painless passage through the border turned into a 1½ hour patience endurance test, of which 1 hour was entirely taken up by a single staff member checking vehicle licensing, trying to account for any contraption that had wheels. We were already behind lines of overland vehicles, 4x4s towing caravans, and a touring party of leather-jacketed motor cyclists. The loos were execrable: the Men’s taped up (who knows where they were meant to pee), grubby seats abandoned on the floor, the Ladies’ seatless loos stained and dirty, floors filthy. The only thing that worked was the flush mechanism and the questionable taps. A wonderful welcoming face to the hordes of international tourists flowing through Namibia’s portals looking for a good time. 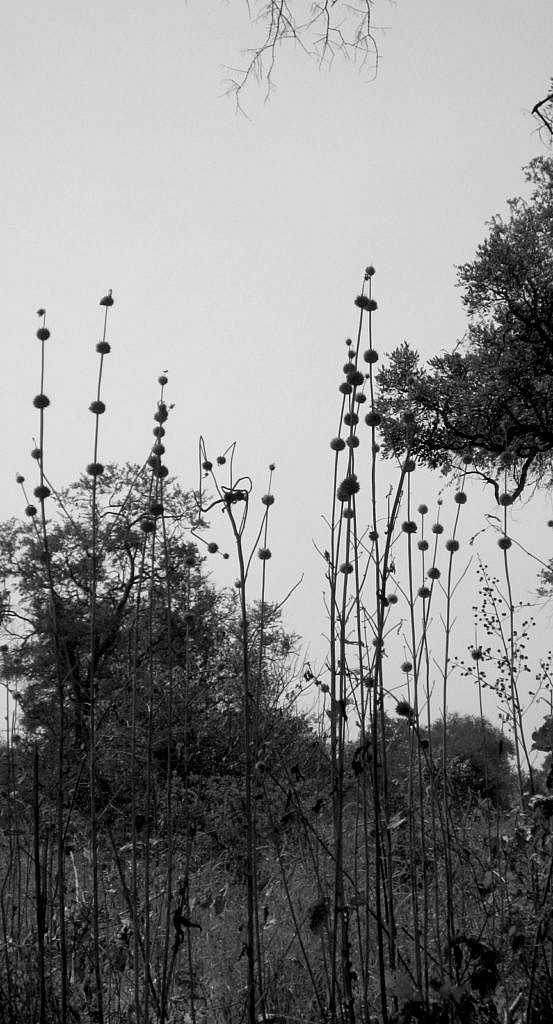 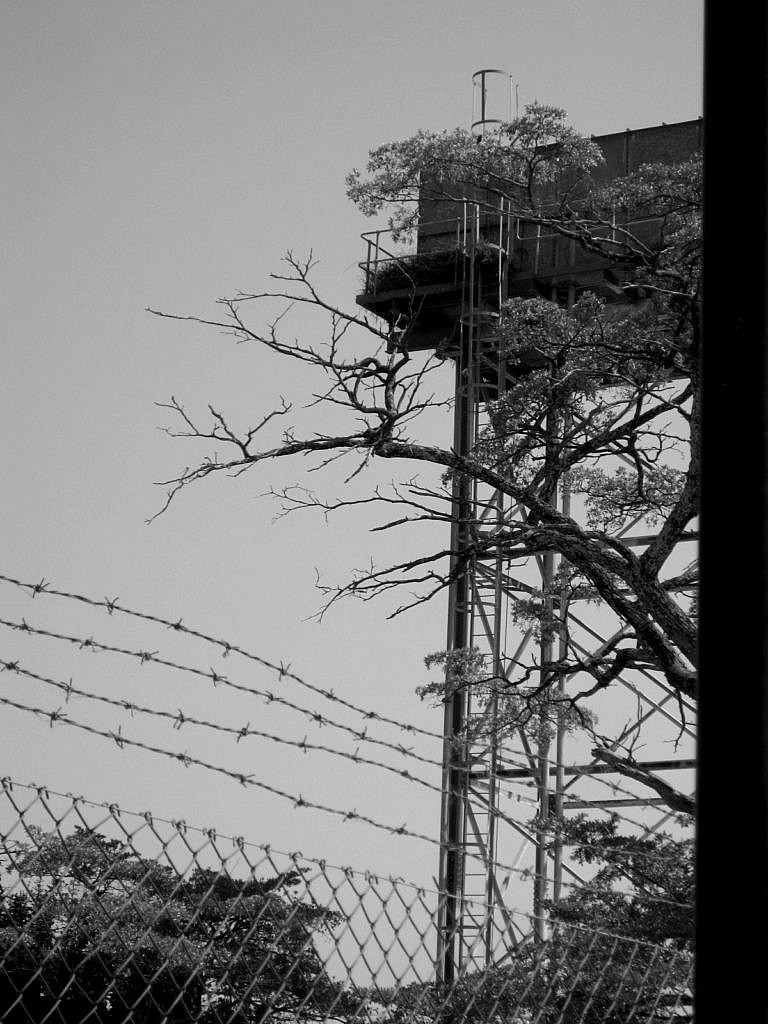 As we made our way to the Nkasa Rupara National Park, an extension of the Caprivi (just can’t bring myself to call it the Zambezi Region) where our tented camp is tucked away, we passed through a constant string of little clay-and-thatch settlements within spotlessly swept wooden-stake-fence enclosures. In spite of the baked earth, each enclosure has little rows of carefully tended fruit trees, often pawpaw. A bateleur in his striking black, white and red plumage flew in low and fast across our bonnet, a lovely omen. 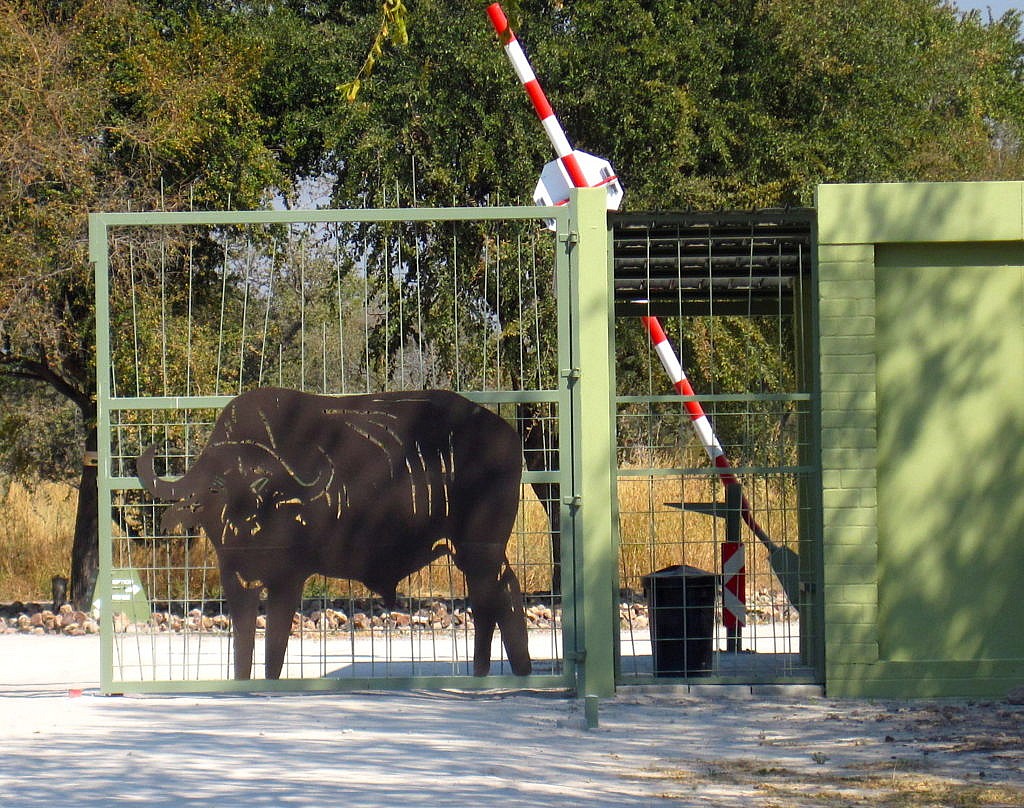 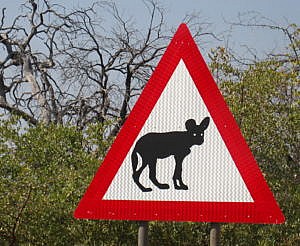 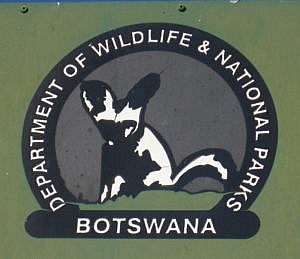 It was only about 20 km, the rutted, sandy, humpy-bumpy, sometimes marshy road winding its way to Jackalberry, but it took us an hour. It was 36°C. Nevertheless, kudu females nibbled on the top of an antheap, a pair of warthogs scampered, tails like pliant aerials, and a troop of baboons loped through the yellow grasses.

The Nkasa Rupara is a park of swamps and wetlands fed by the Kwando River Delta, which in turn swells from waters that fill the Okavango and Linyanti Swamps. By now, August, the marshlands should be dry and dusty but because of the unseasonal flooding that has also influenced Botswana, there are still great marshy patches and large water pools from which many suspicious eyes and flaring nostrils appear, belonging to ornery hippos. Access to one of the two main (permanent) islands — Nkasa and Rupara — from which the park has inherited its name, is still waterlogged and blocked via road. Pity, because it’s from here that we heard lions roaring repeatedly in the night. Jackalberry sits at the southernmost tip of the second island, Rupara. 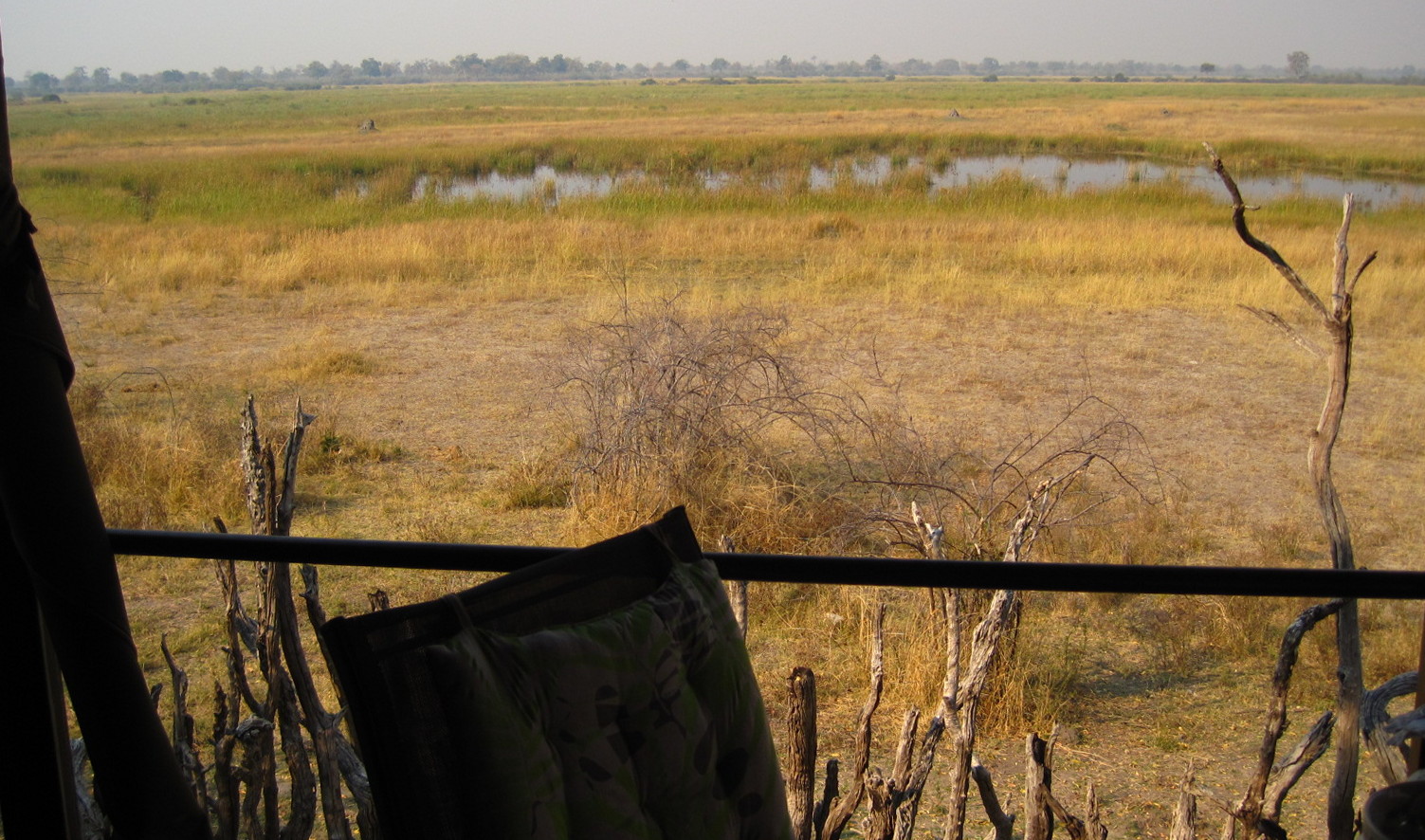 Jackalberry’s dining / lounge area constitutes a three-storey open-sided wooden tower that forges into the branches of a mighty Jackalberry tree offering lovely breezes and unfettered views that follow the curve of the earth — a flourishing sweep of grasslands and marsh dams and distant tree belt. From the moment we arrived, elephant were rumbling and swishing branches outside our host’s tent (we had to be escorted to our own tents nearby), hippo grumped and grumbled in a continuous sound loop, and throughout the night, a lion’s bellows followed by descending staccato grunts thrilled us from our pillows. 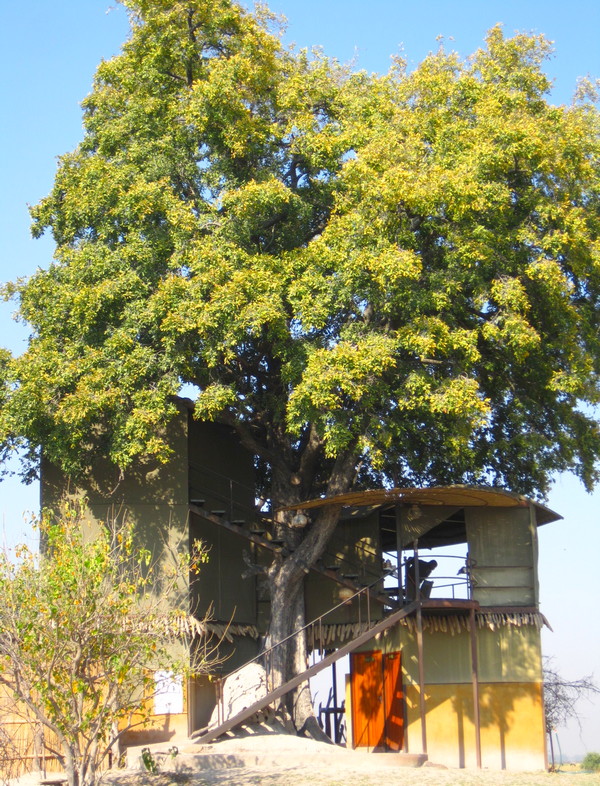 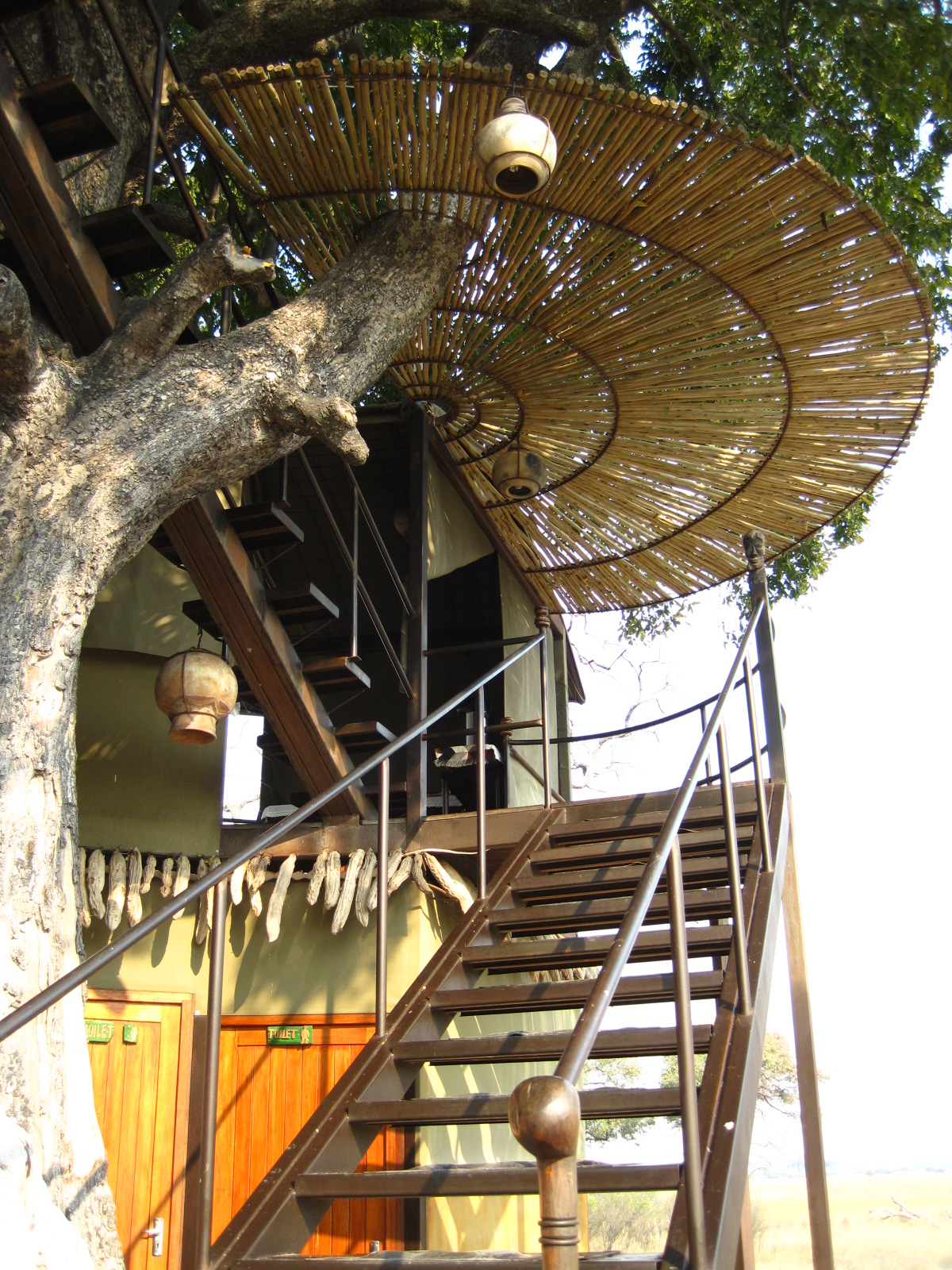 The tented camp only has four units — canvas roof and walls set on painted screed floors enclosing a spacious bedroom and coffee nook, with a reed and wood screen separating the shower, loo and basin, and a corner for clothes. A canvas overhang out front with two loungers is a great way to catch the afternoon breezes. Comfortable and utterly adequate.

We were in heaven. 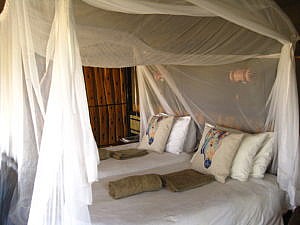 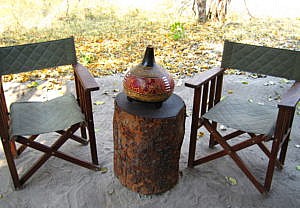 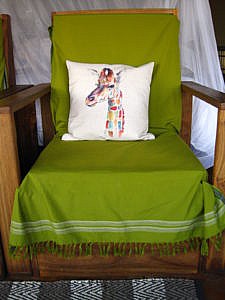 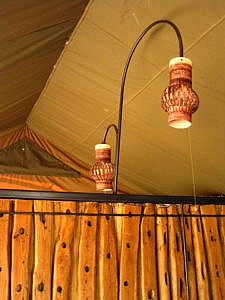 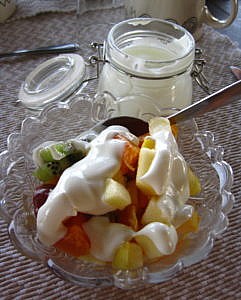 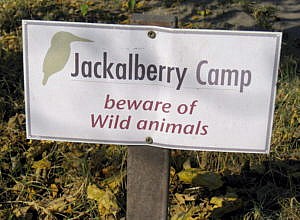 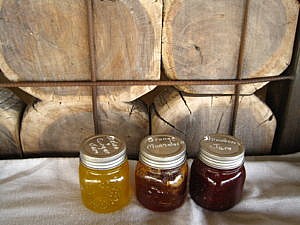