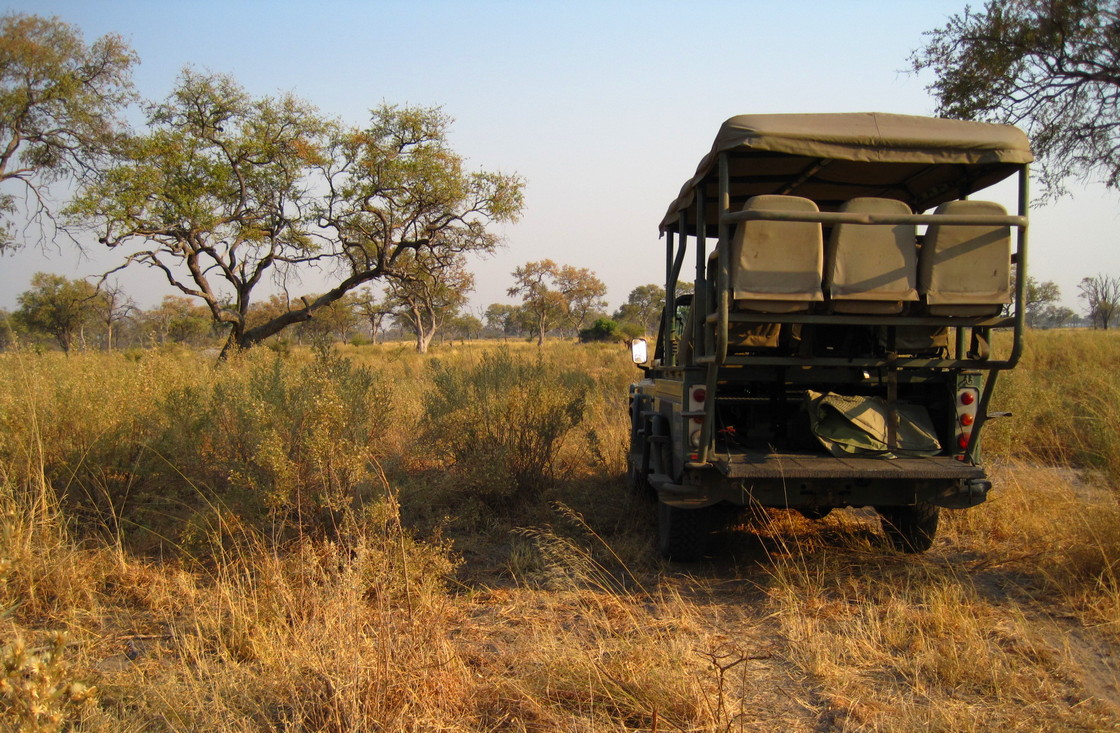 We had the glorious pleasure of spending four nights at Jackalberry Tented Camp, for much of the time the only guests. As it turned out, we also monopolised the companionship of our guide, Robson, a soft-spoken gentle soul with a deep spontaneous chuckle. On our first game drive he was stunned to find out we were interested amateur birders (“Not too many of those around here”) and with his enthusiasm spiked, our sightings ratcheted up a notch (well, several notches).

I can’t even begin to give you a roll call … your eyes would glaze over. So, just a few of the terrestrial specials: Green Wood Hoopoe, Southern Black Tit, Black-crowned Tchagra, Senegal Coucal, Crested Barbet, Emerald-spotted Wood-Dove, Ground Hornbill. And, oh, so many more! Sky-bound species (more accurately, giant scruffy nest-bound) were Tawny and Brown Snake Eagle, Bateleur, White-backed Vulture… Popping blood-pressure-worthy sightings: a Pearl-Spotted Owlet throwing us a big yellow bright-eyed stare from a low-lying branch at the roadside, a diminutive Dickinson’s Kestrel and a Red-necked Falcon (a sensational roadside close-up). The blood-tingling yowling of the Fish Eagle was so prevalent it became our background soundtrack. For the truly splendid photos, you’ll have to go to the Back Road Tours Facebook page. Hirsh is getting quite territorial about his images. 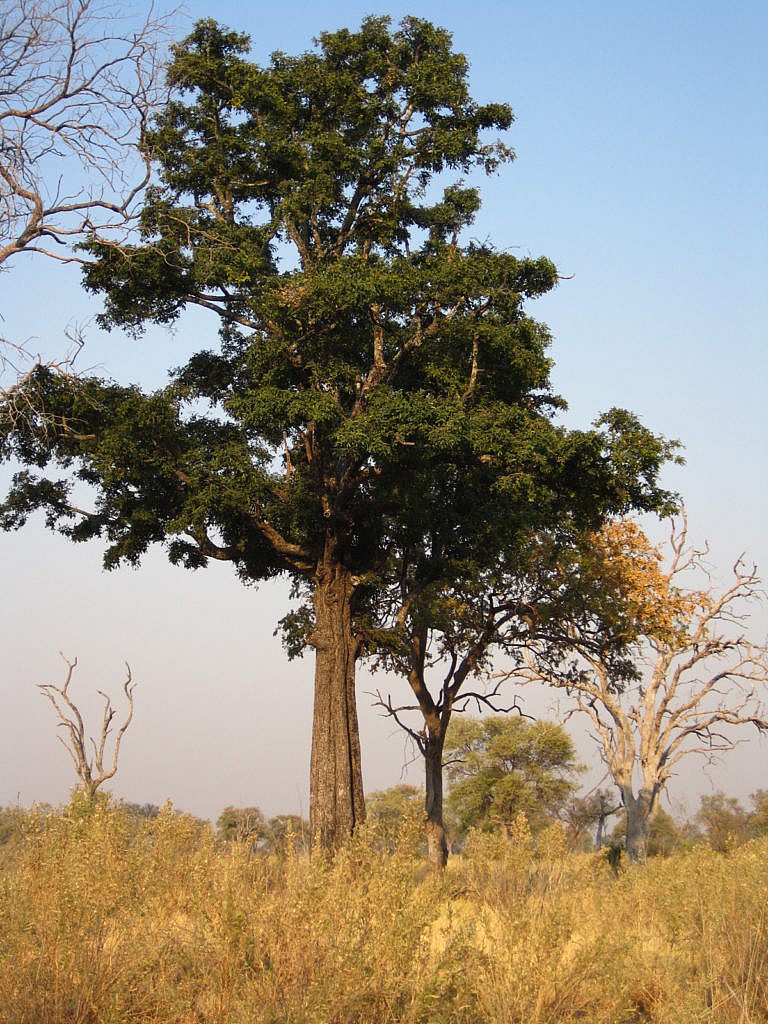 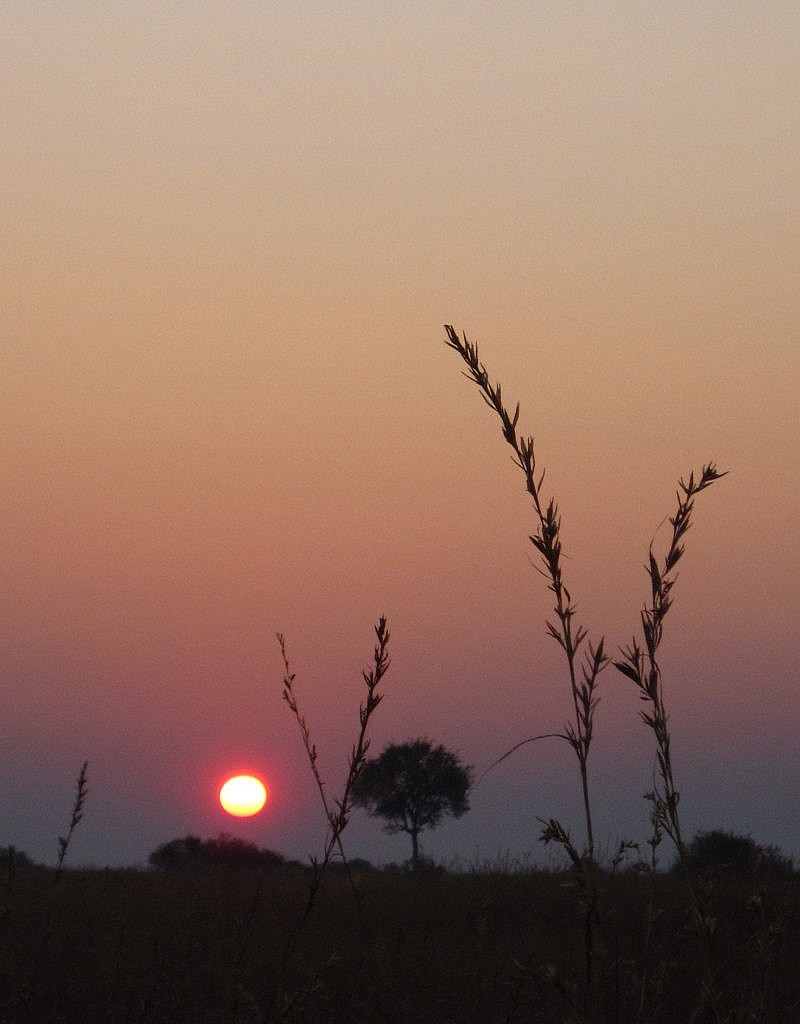 Nkasa Rupara has a certain magic to it. When it’s dry (beware, during the high point of the seasonal floods, 80% of the park is inundated with water!!) it has a true bushveld feel. In the early mornings, the shoulder-high grasslands are a lustrous golden-yellow for miles around, there are sausage trees with giant long pendulous fruits, beautiful glossy-green canopied jackalberries, big-leaved dusty-green Large Fever-berries and, my favourite, the leadwood trees. Symbolic trees of Africa, they branch outwards low on the trunk, creating dark tracery against the sky, their spreading canopies are like clusters of painted dots, and the fissured grey trunks, cracked and crusty. 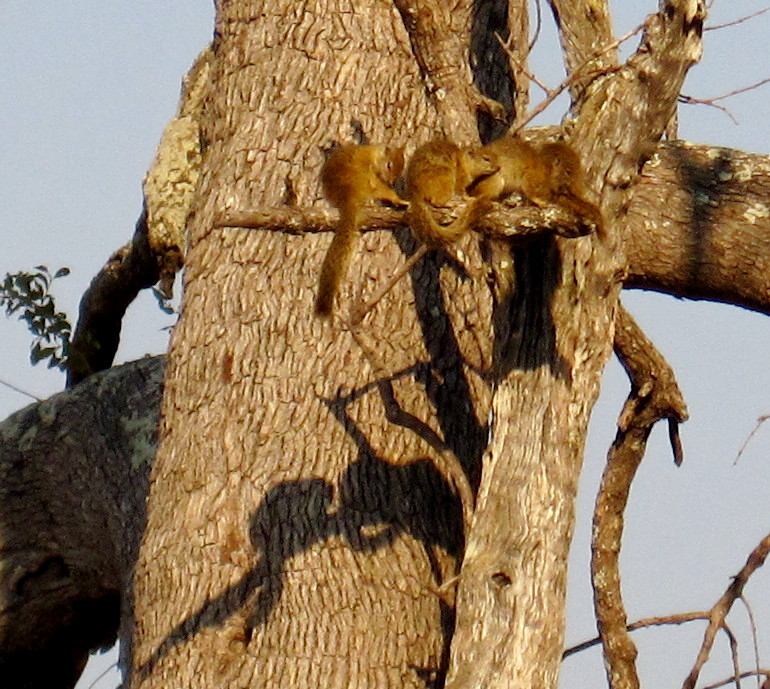 Tree squirrels sunning themselves against the fractured bark of a Leadwood tree.

Robson took us on morning drives, afternoon and evening drives, and a lunchtime boat ride across the Linyanti Channel. From here we negotiated water paths the width of our boat, tightly packed with Phragmites and Pampas grasses, their sprinkly mop-heads like little wild-haired Einsteins. Highlights were Black Crake with scarlet legs and electric-yellow beak, a Rufous-bellied Heron (first time EVER!) all sooty-black and brick-red wings and belly, and the dinkiest, most iridescent Malachite Kingfisher sitting so still on its perch, it might have been nailed to it like John Cleese’s Dead Parrot.

On our night drive the spotlight picked out a gorgeously marked serval crouching in the grasses, the wobbly gait and spiky armour of a meneer of a porcupine, innumerable spring hares bouncing about like tiny kangaroos, and even two black-backed jackals, puffed-up and furry in the night cold, which got Robson the most animated because they hadn’t been seen in the park for a very long time. 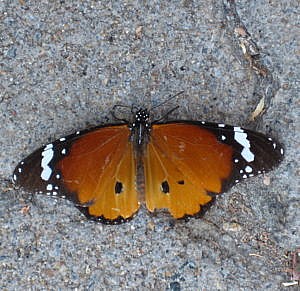 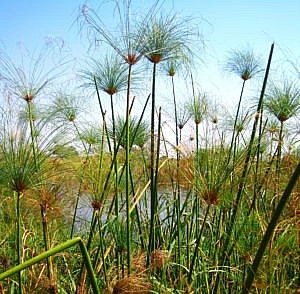 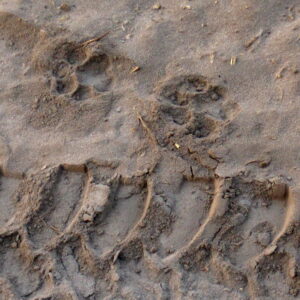 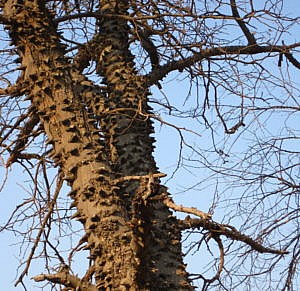 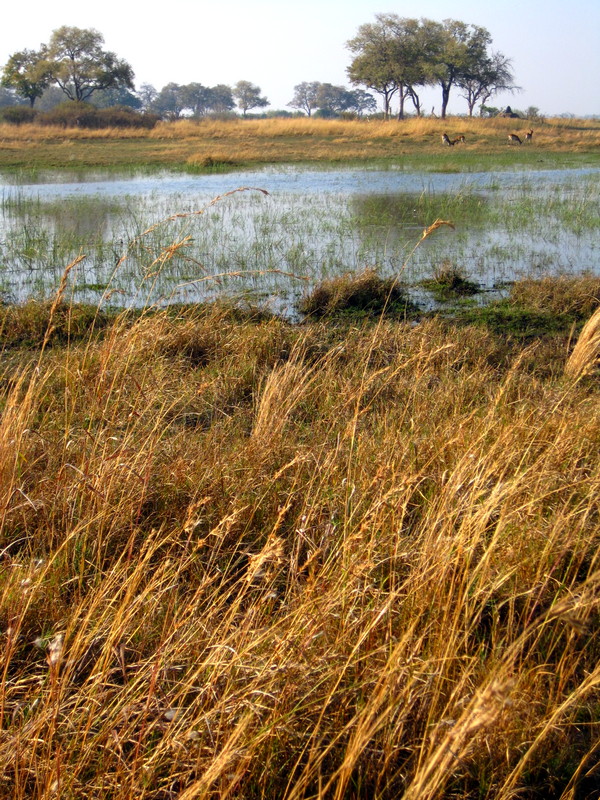 We’ve seen herds of over 40 elephant on Nkasa Island; the dusty train of a buffalo mini-migration, heavy swaying heads held low; and a string of red lechwe bouncing vertically through the water with an almighty splash — a sort of pronking that’s quite thrilling to watch. We’ve been stared down at dusk by a massive elephant bull with a sheared tusk lumbering down the road towards us, who remained implacable in a standoff till we conceded, and drove into the bush to circle round him. Robson has a healthy respect for the Nkasa Rupara elephants as they’re known to be aggressive, particularly at night. Most of the big wildlife herds are migratory since, as part of the Kavango Zambezi Transfrontier Area, there are no fences between Botswana, Namibia, Angola, Zambia and Zimbabwe. By the time the elephants have reached Angolan shores, they’ve learned to be untrusting and reactive. No surprise. 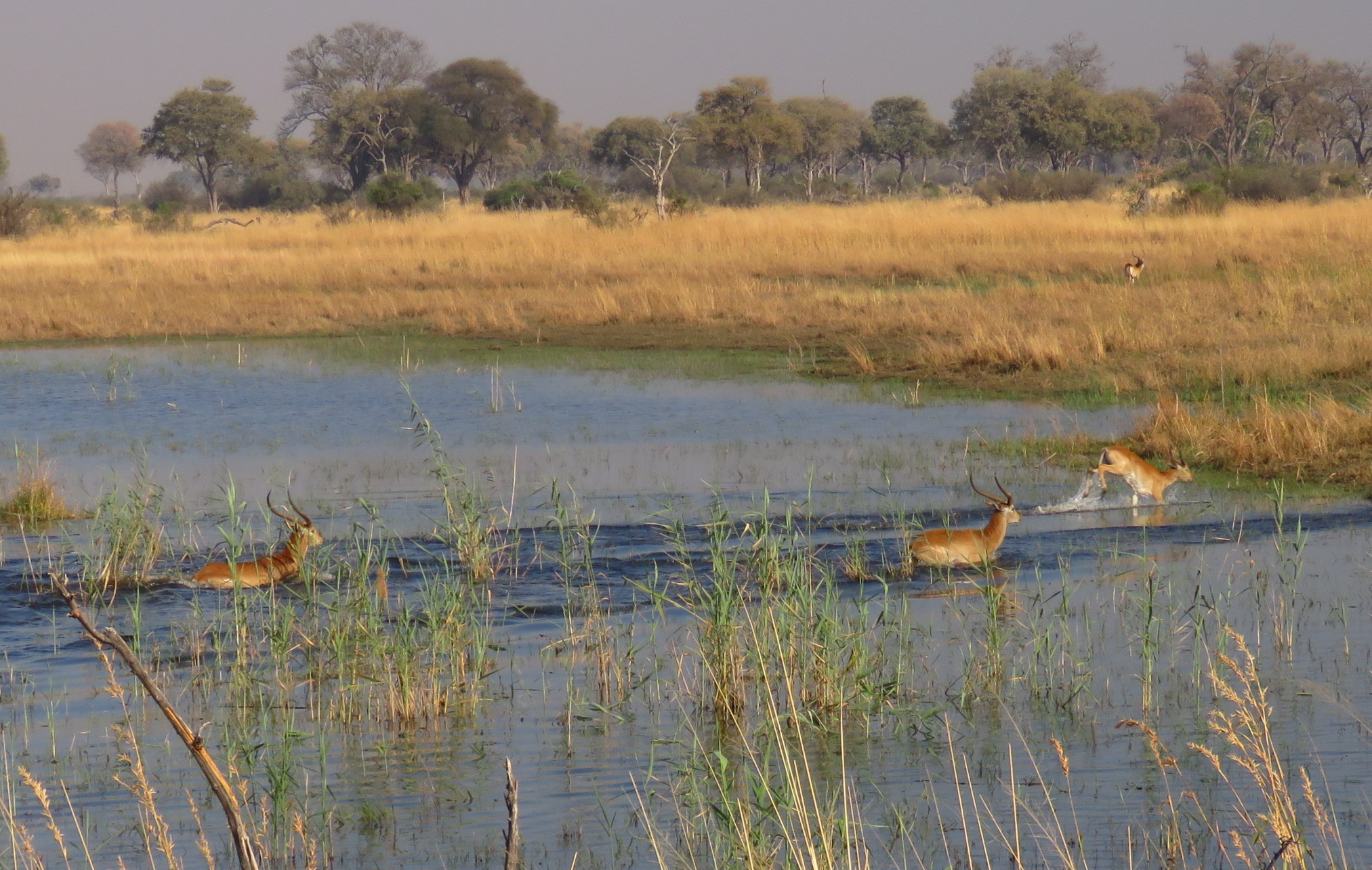