A long, straight, tar highway drew us southwest towards Grootfontein, Tsumeb, and ultimately, the southeastern corner of Etosha. This time, ranged outside village fences, were rows of oval clay pots, then upended mokoros honed into different shapes out of rich dark wood. Lining the settled areas stood the most gargantuan sycamore figs, all massive canopies and knobbly warty trunks in shades of yellow, grey and black, like a leopard’s pelt. I was fascinated. Otherwise it was unbroken teak woodland segueing into more open acacia veld and finally dry acacia-mopane thornveld, all under a dusty-blue sky. In between a sudden sprouting of slim-trunked makalani palms. Our only companions, scruffy-crested go-away birds, grey and yellow-billed hornbills with their strange banana-curve glide, and an occasional lilac-breasted roller. Once a bateleur slid elegantly past us and a martial eagle observed us from a skeletal tree.

By the time we got to Etosha, we’d travelled 3,500 kilometres. Not too shabby a trek. We also got ourselves tied up in an unplanned adventure — after yours truly traipsed up and down in 30°C heat opening and closing cattle gates while we crossed various farms on a gravel road detour. You know how our 4x4s love kicking up dust and spitting out stones. Trouble is, the final imposing gate we stopped in front of was … well and truly padlocked. Behind it a was private reserve. Nothing left to do but backtrack. 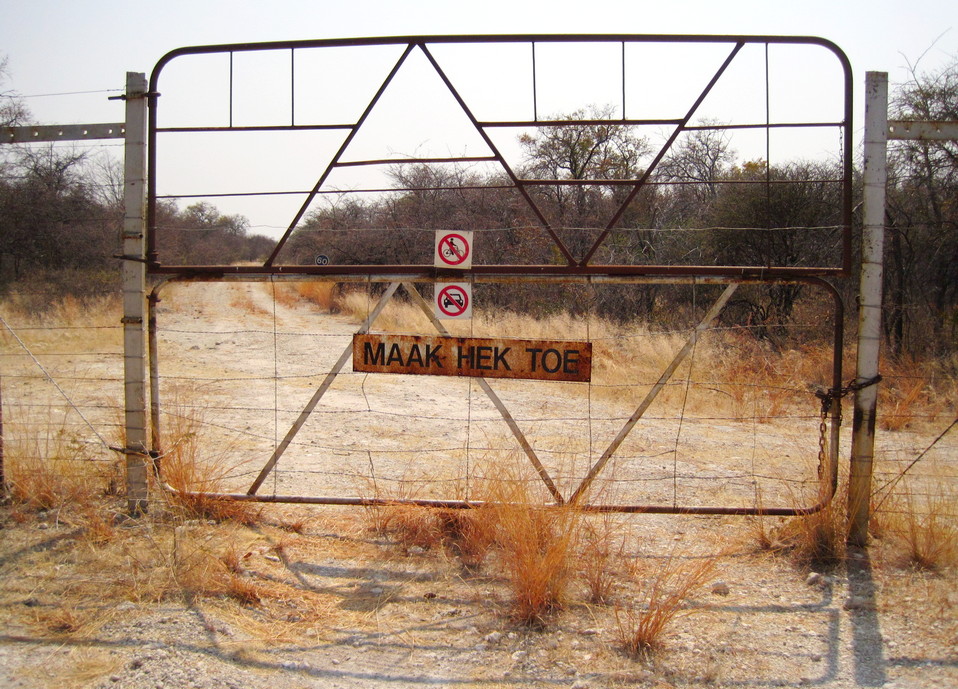 Lessons to be learned here! The boys had switched temporarily to StreetMaps because it nicely displayed all the speed limits on the tar; instead of reverting to our plotted route on Tracks4Africa, Hirsh punched in Namutoni as a destination. StreetMaps, obviously not as savvy with dust and gravel and wayward paths as Tracks4Africa (it had logged the locked gate), blithely led us straight to Fort Knox. So backtrack we did, 8 gates later and a detour of 30 km. Mercury is retrograde, after all! What did we expect? 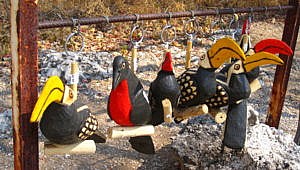 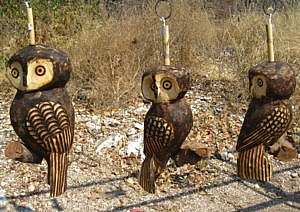 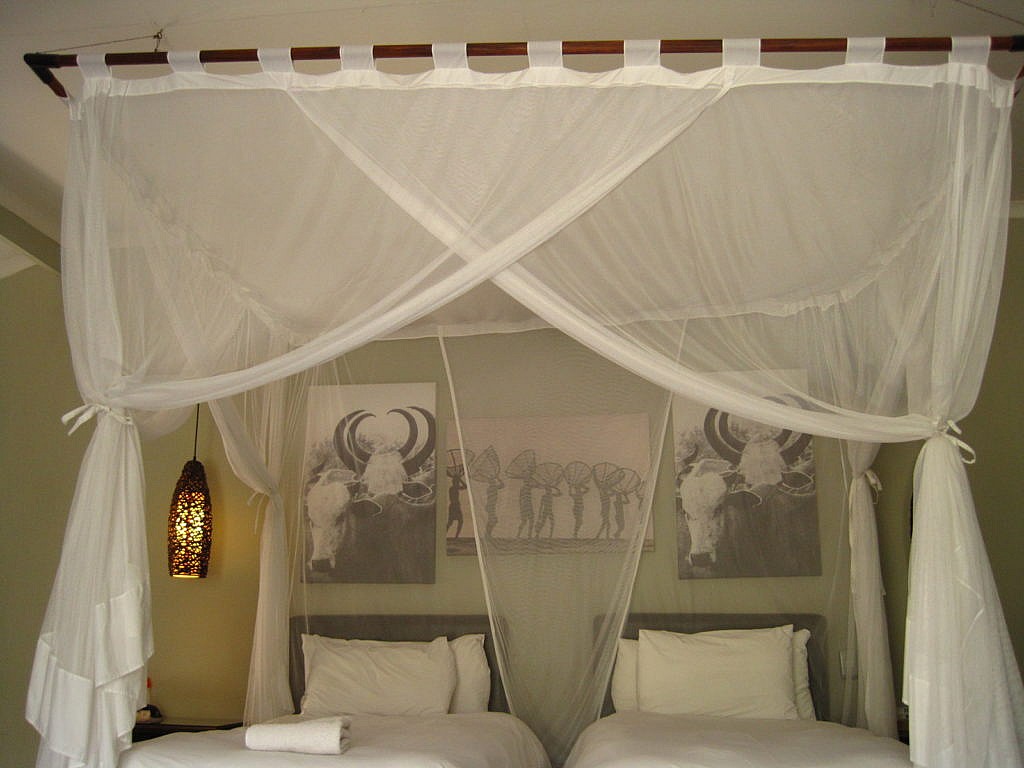 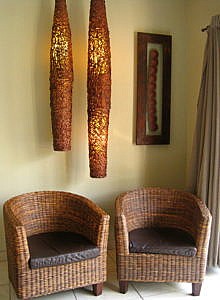 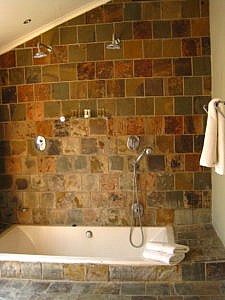 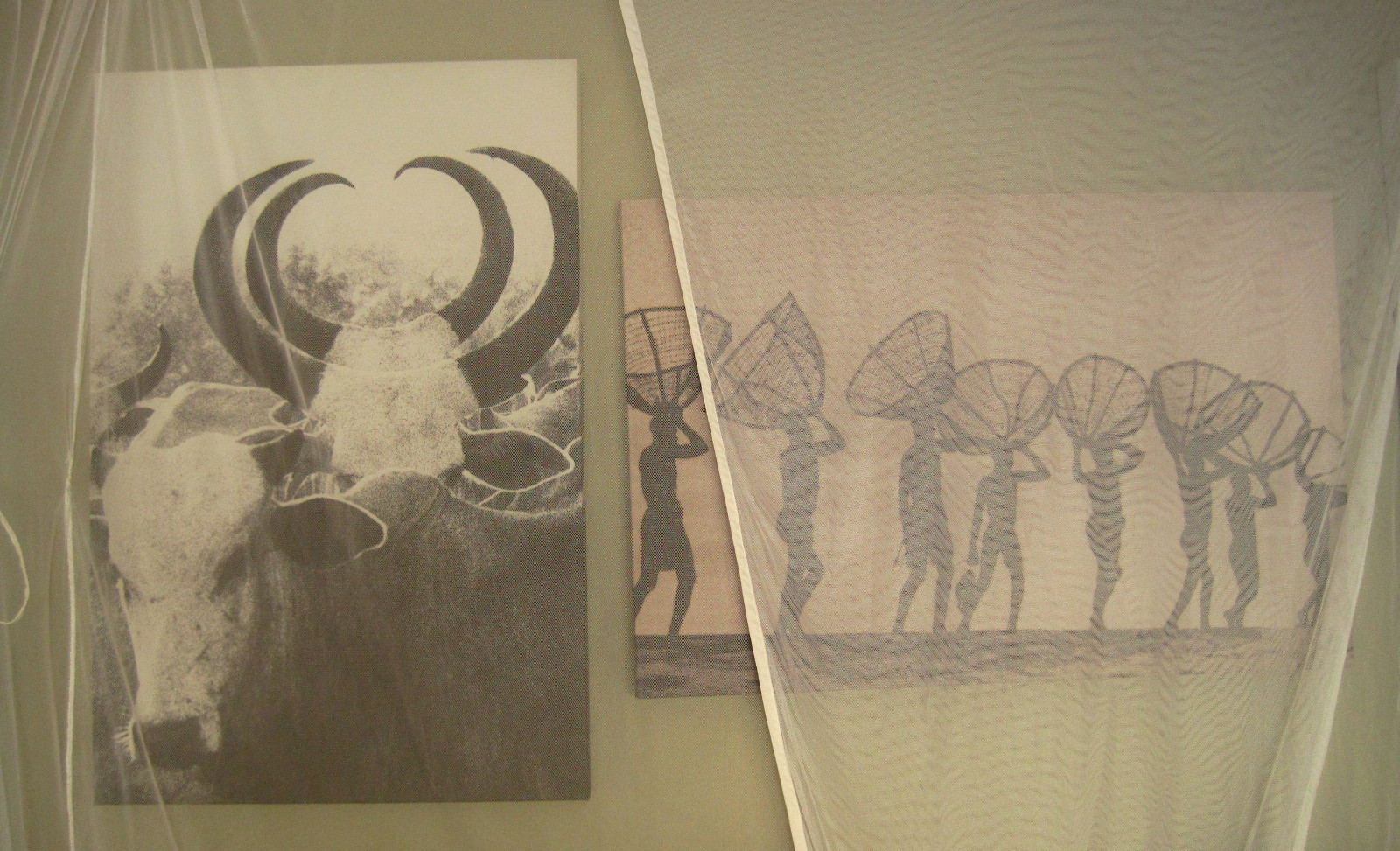 Such beautiful photographs hidden behind the gauze of a mosquito net!
Our chalets at Namutoni were really very nicely appointed.

First day out at Fischer’s Salt Pan turned out to be magic. Our vehicles crossed a world so flat it’s as if it was pressed out with a rolling pin, all muted colour streaks. Grey-blue salt pans (in early morning light), golden grasses, dusky-pink sky. The black dots were wildebeest and zebra strung out like beads all along the pans. And there, in the short cropped grasses not too far from the road sat three small dark heads with, a little further, the sleek low-slung profile of a female cheetah. What a start to the day. The three cubs chased and pounced and flopped down, completely disappearing, while mom slunk away, with tense alertness, to shoo off hovering black-backed jackals. When she passed behind a hump, it was as if they’d never been there. Ephemeral, present, but in an instant, dissolved into thin air. It’s about the fleeting moment and exquisite timing. (Again, you’ll have to consult Hirsh’s Back Road Tours Facebook page for animal photies.) 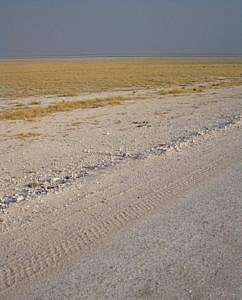 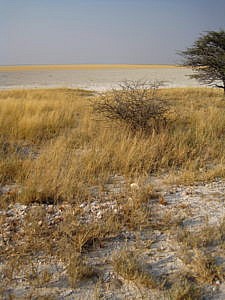 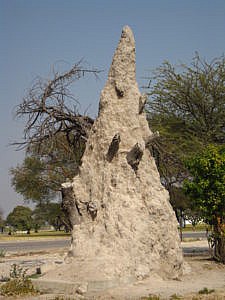 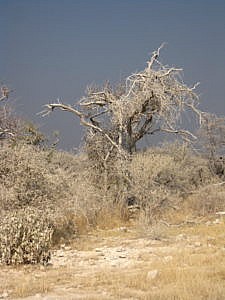 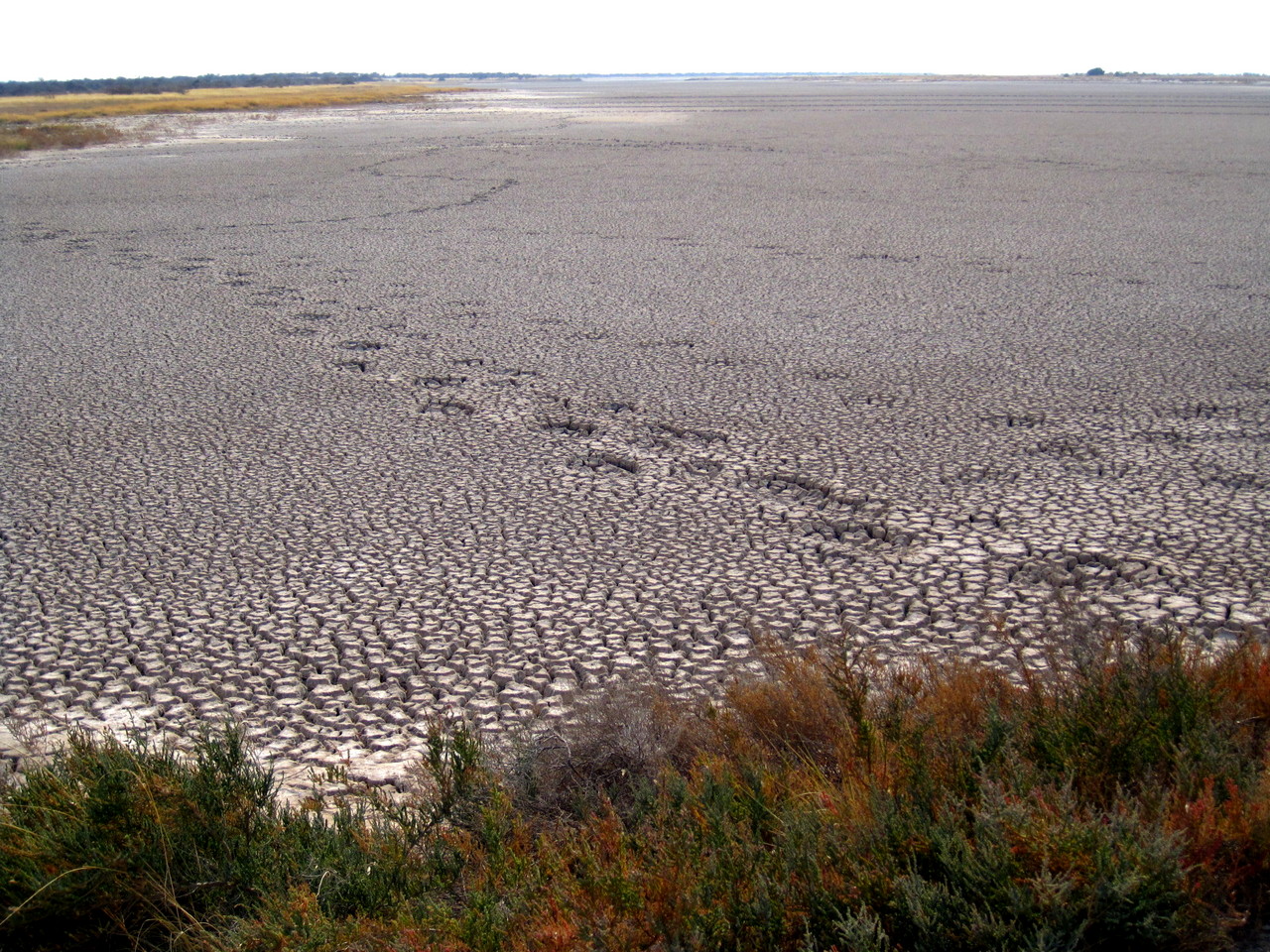 After having started out with Italian, Dutch and German tourists racing around in hired 4x4s, it was if suddenly we had the entire park to ourselves. Surrounded by miles and miles of cracked white salt, ours were the only two vehicles. We assumed they’d all raced off to the other side of Namutoni where, a ranger had mentioned, a pride of six lion were spotted. We were perfectly happy with our Kori Bustards, a puffed-up Greater Kestrel, Black-shouldered Kite and Northern Black Korhaan. The bustards, in spite of being the world’s heaviest flying bird, appear weightless and elegant in flight, giant wings lazily beating the air. The black-faced impala occurring here are especially pretty, and on a short dense-thornveld loop, we spied four of its secretive residents … the dinkiest, daintiest of dik-diks with enormous liquid eyes and such matchstick legs you fear they’ll break. 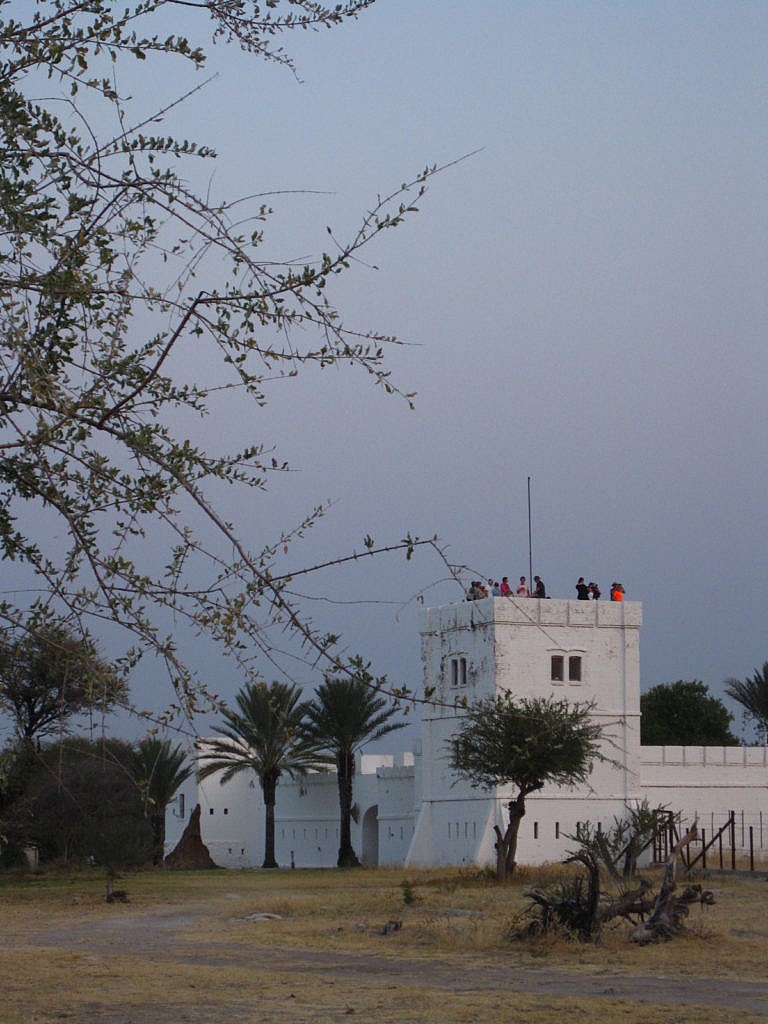 Does this look like a fort that’s been renovated? We keep on reading literature
that says it has, but I asked the question while we were here,
and apparently rehabilitation hasn’t quite started yet … 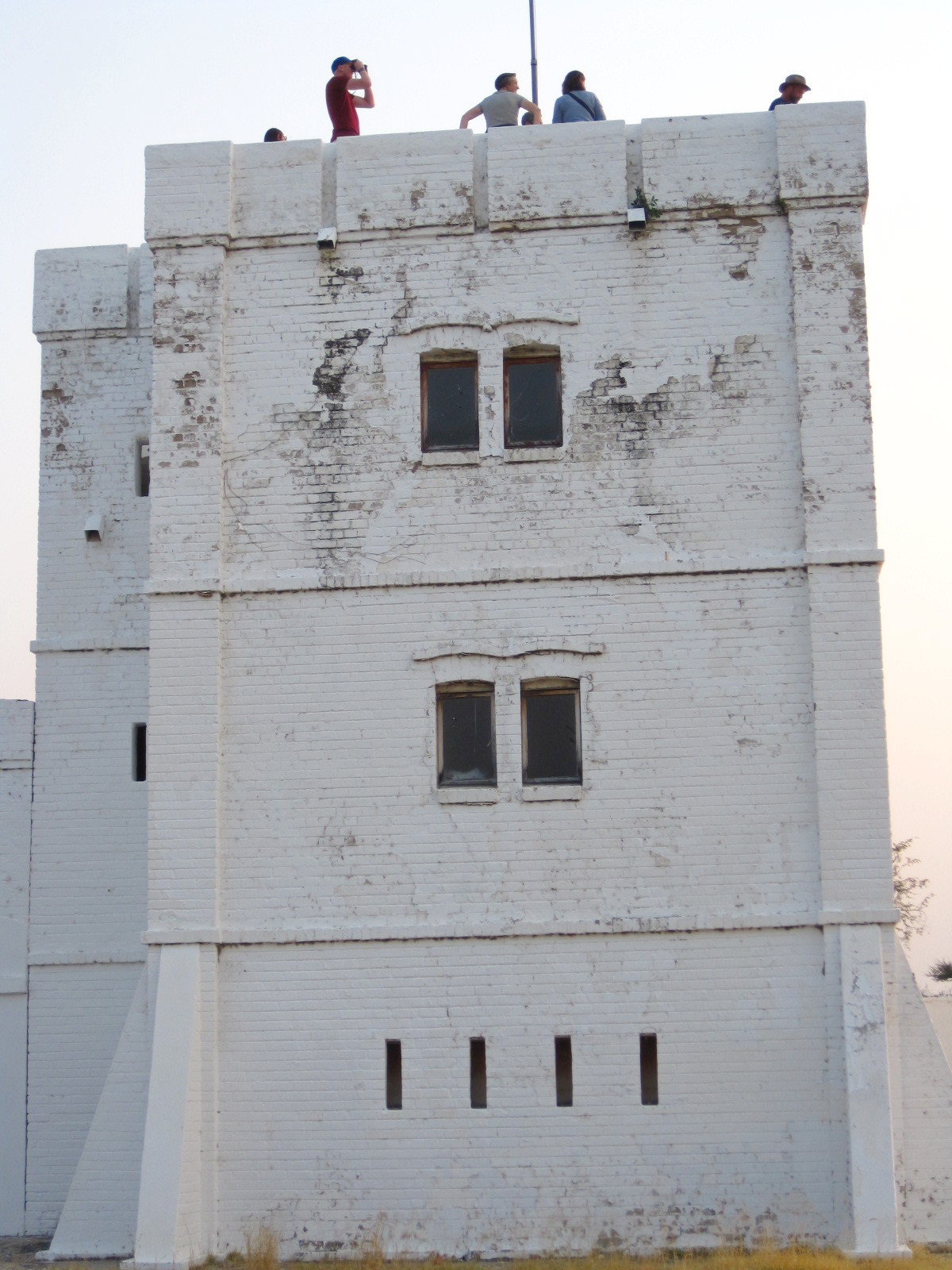 But are we having fun? Yes, yes, yes!