While still at Namutoni, a late afternoon game drive to some of the nearby waterholes delivered exactly what Etosha is so well known for … a Noah’s ark line-up of animals — but this time in far larger numbers. It was 4 p.m., 33°C, at Chudop waterhole. At its far end, a herd of eland led by the darkest, most gargantuan bull I’ve ever seen; at stage right, a sprinkle of gemsbok; keeping guard at the fringes, a klompie of watch-tower giraffe; approaching tentatively, a couple of black-faced impala; and scampering on little legs among everyone’s hooves, a battalion of helmeted guineafowl. In the air, a Tawny Eagle was circling low on lazily beating wings, and on the crest of a tree a ducking Martial Eagle was being thoroughly dive-bombed by two Crowned Plovers. Stage theatre doesn’t get better than this.

Then through the woodland trees at left, we noticed the flapping ears of an elephant. We watched as he slowly materialised, a big lone bull with shorn tusks as evidence of a long, battle-scarred life. It was like watching a Disney movie. He approached with infinitely slow, measured, methodical steps; cue the drums … Boom … Boom … Boom …  Enter the Elephant King!
Animals scattered, and when they did dare sidle up, they afforded him immense respect.

Today on our drive to Halali, our next camp, it was like passing through a grey Mad Max world. The air was choked with dust and ghostly thorn trees carried a shroud of fine-ground chalk — the result of vehicles flying over sandy roads (Speed limit? What speed limit?!), coating everything in white powder. A stationary vehicle ahead alerted us to possibilities. A large lioness was plodding slowly in the treeline, sometimes visible, sometimes not. Next a cub appeared, gambolling after her, tail flailing in the air. We did a U-turn and followed her slow progress as she threaded through the trees. There was a waterhole nearby; we thought she was probably heading for it, so we gapped it and drove to the water, along with a string of park jeeps. We waited. And waited. This game exacts patience! One by one, the various vehicles’ stamina dissipated, and when the park vehicles eventually left, we conceded defeat.

But the day was not without its animal hordes. At one waterhole we counted 25 giraffe, and they were still loping steadily in. At another, a mass of zigzag stripes announced a congregation of easily 100 Burchell’s zebra. 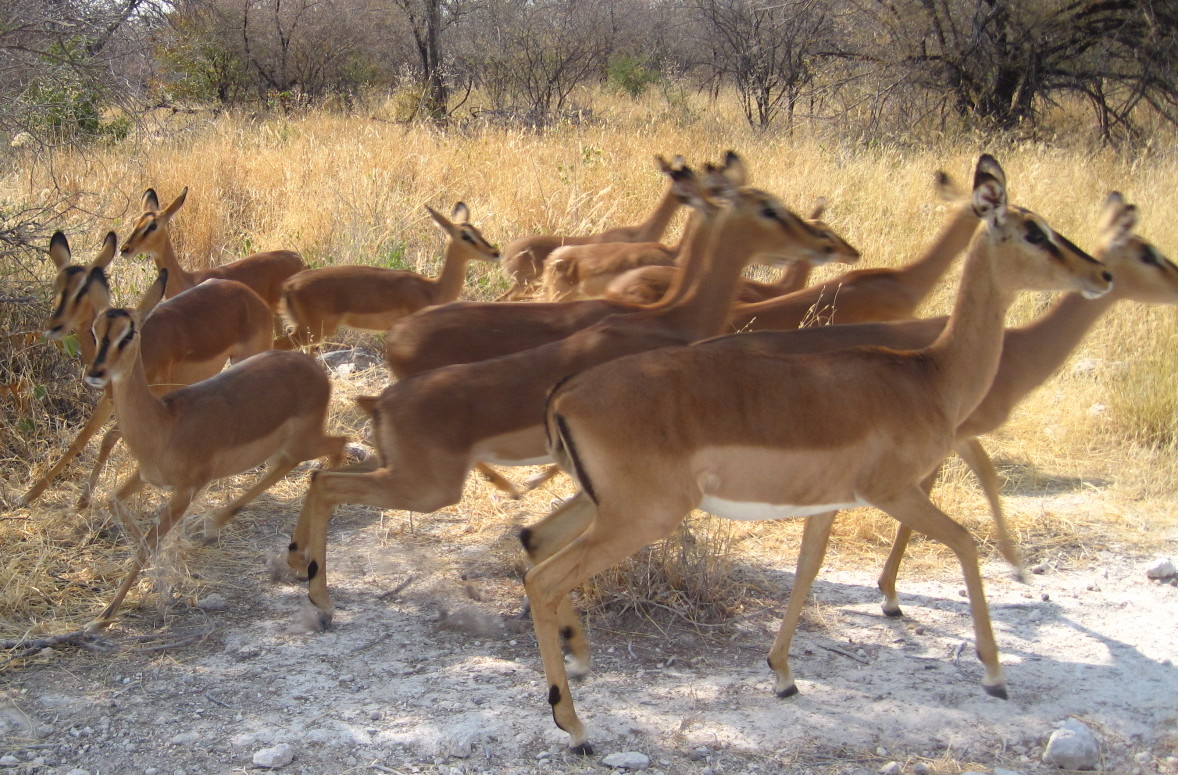 And then in our dire need for coffee (it was noon after all) we made a beeline for the only designated Picnic Site in the area. At the turnoff, a small plinth was painted in large capital letters: Toilet. Dream on. The derelict site represents everything that is wrong with Namibia. It is an absolute disgrace. I needn’t explain as the photos speak for themselves. On top of it, the area isn’t even properly fenced — an entire section is missing. 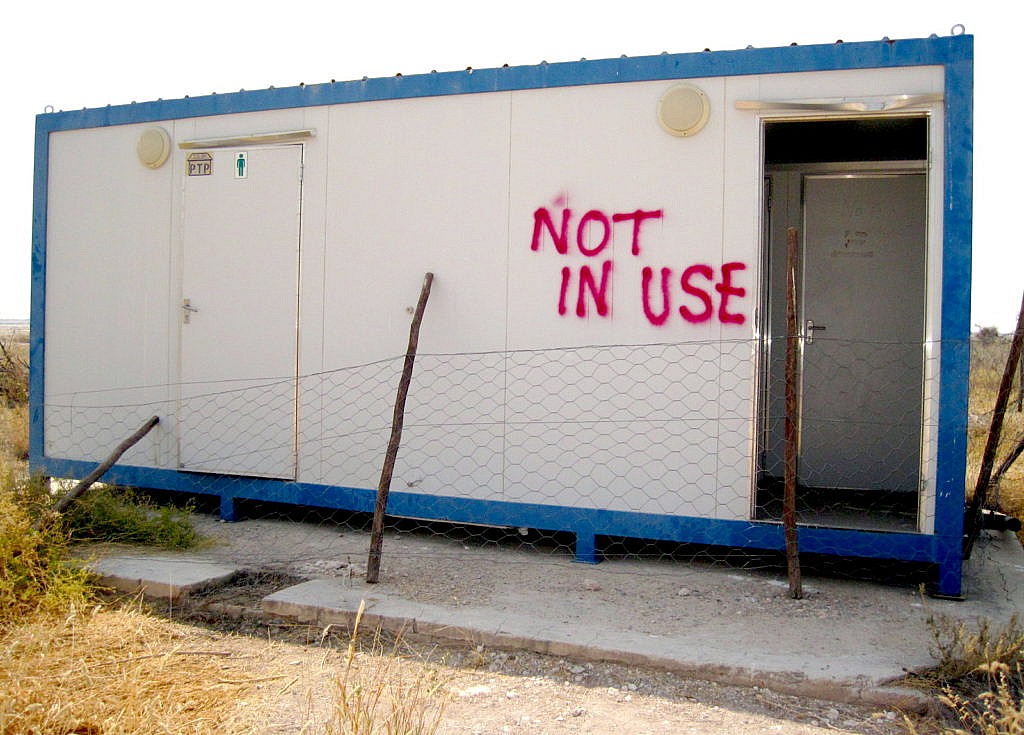 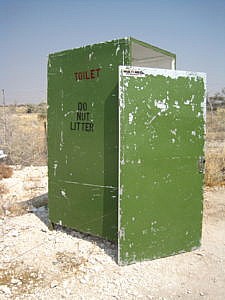 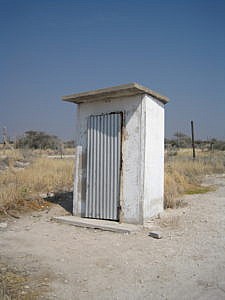 This, my friends, is the extent of the Halali area’s ablution facilities: long drop
(with broken door) to the left, old and defunct long drop to the right

This is a country that receives 1.57 million international travellers every year, of which 400,000 are tourists, raking in over 20 billion Namibian dollars. You’d think that for their Number One flagship national park they’d make some effort to provide clean, functional ablution facilities, especially since there is nothing for miles and miles between camps. As the staff member at Namutoni herself said in reference to the (non)renovation of the historical fort: “I think the government’s money is going to the wrong places.”

We have noticed that the work ethic we found among the Tswana people doesn’t apply here; in general, the staff we’ve encountered (there are exceptions!) project a lackadaisical attitude, and are certainly not prepared to go out of their way for anyone — a couple of incidents we’ve had back this up. The response you get is kind of a shrugging of the shoulders.