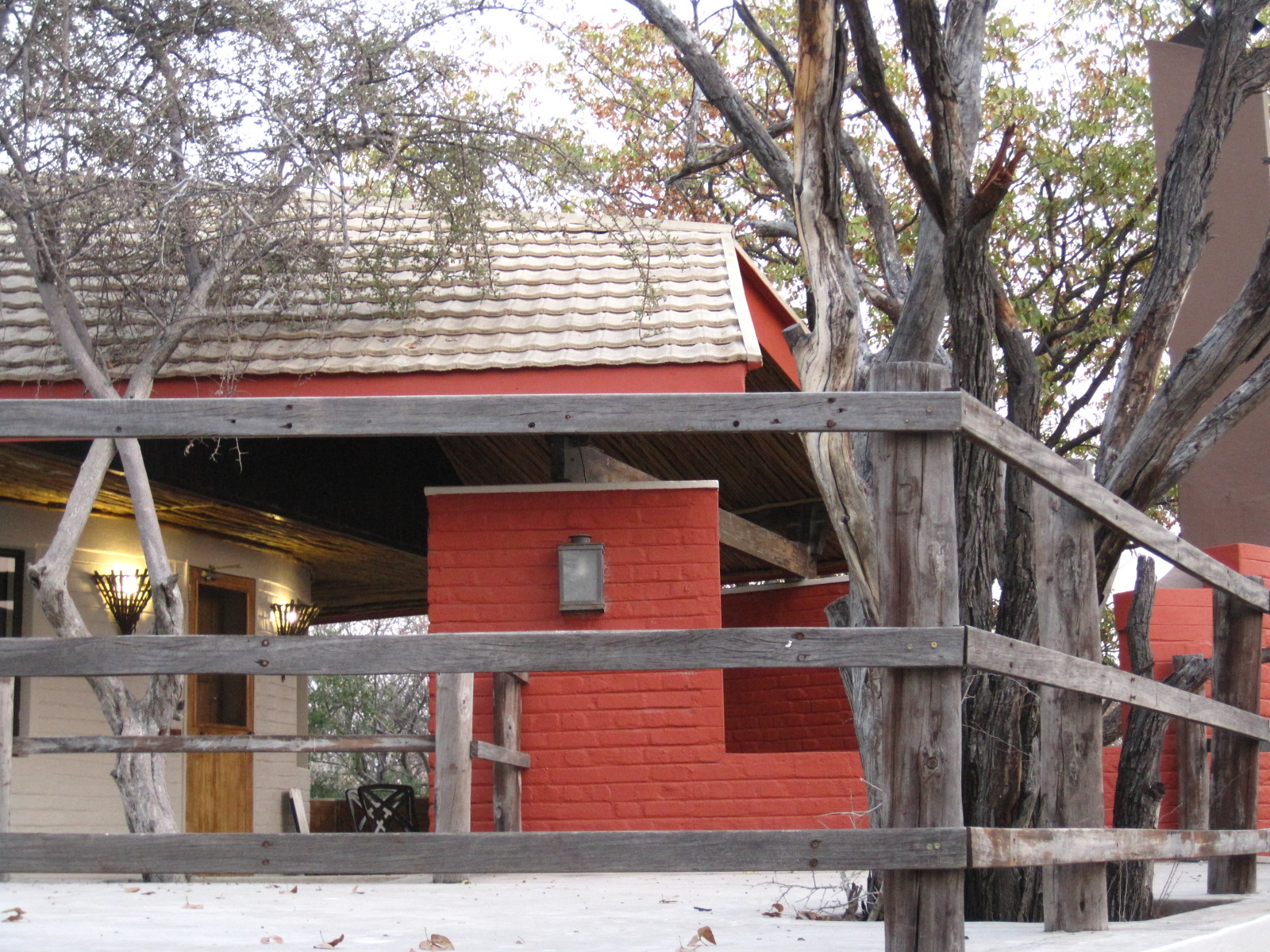 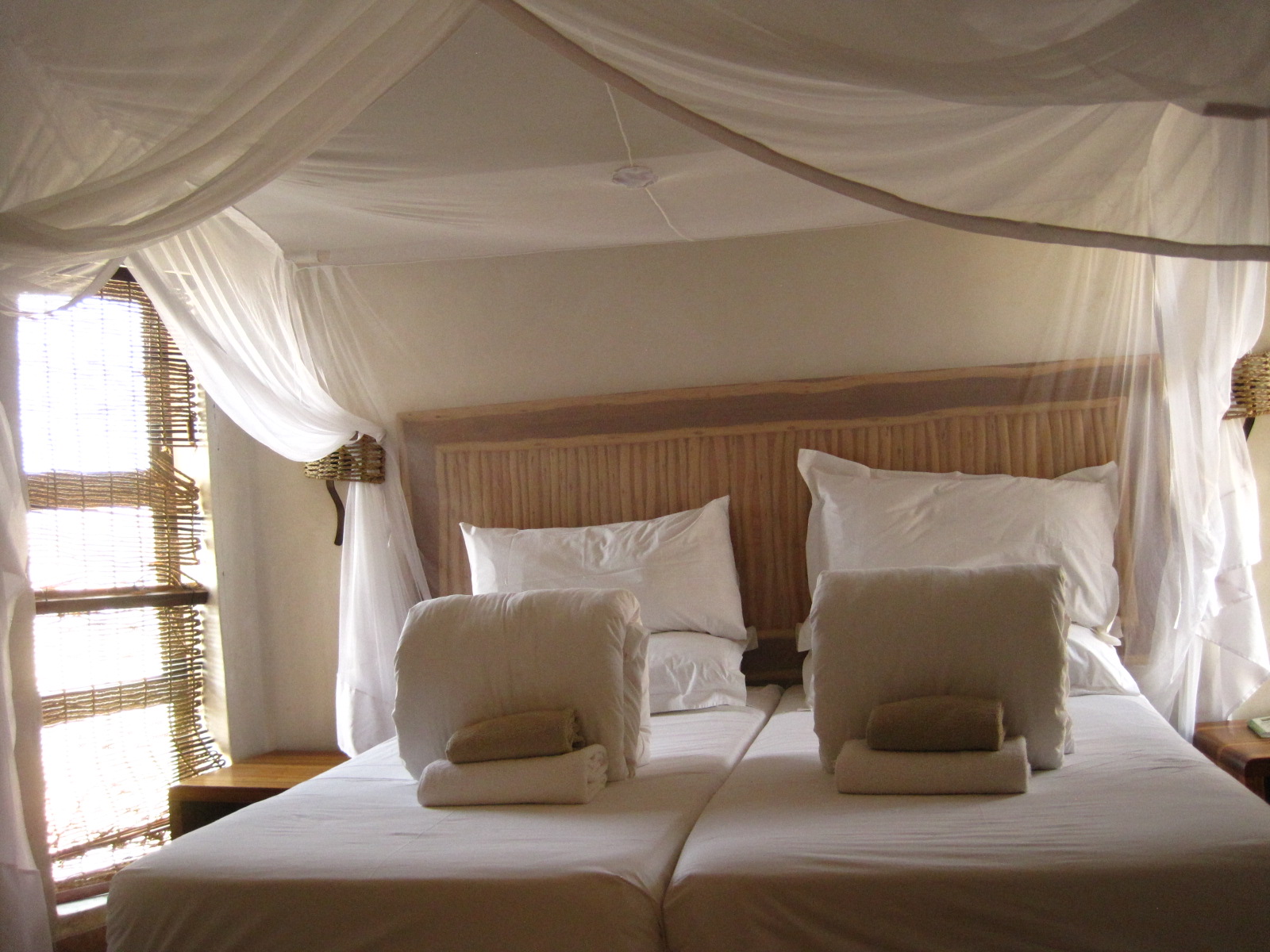 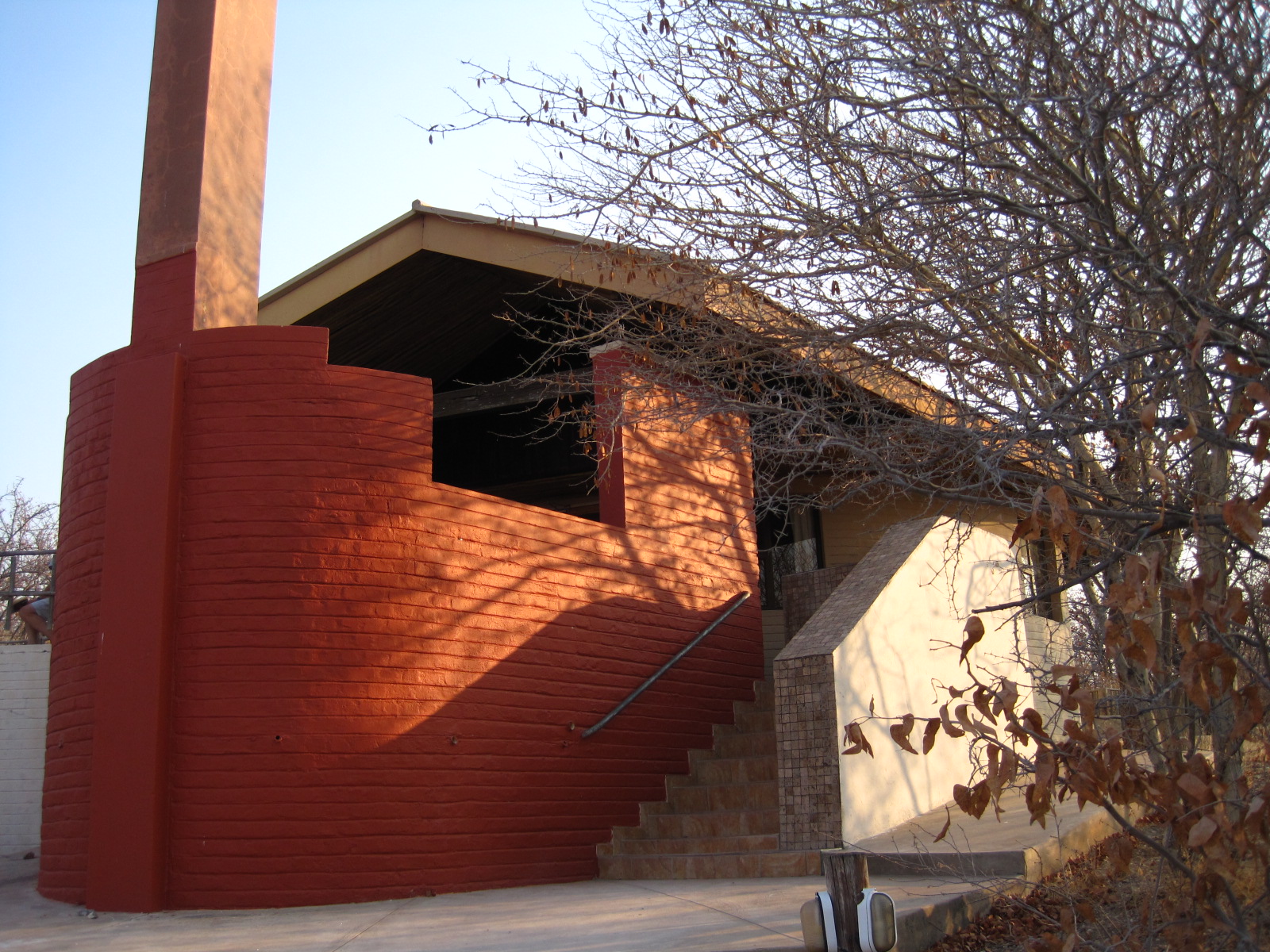 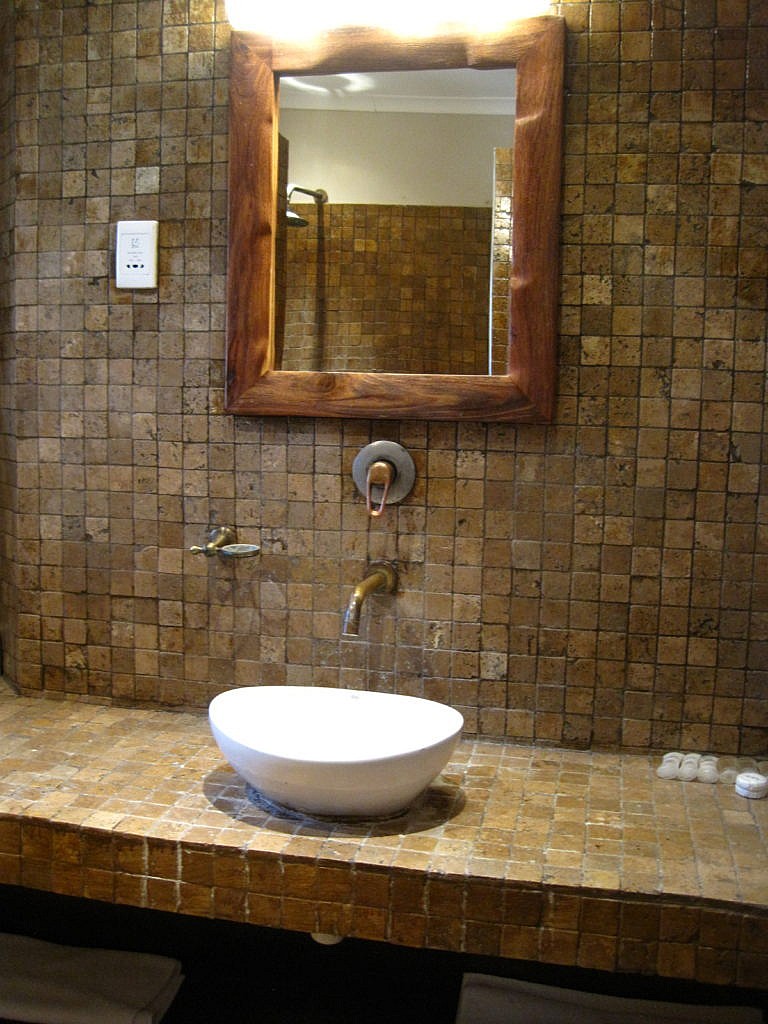 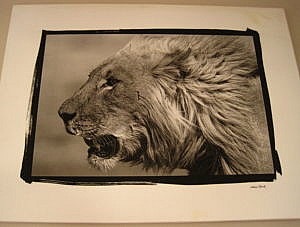 We loved our “Family Cottage” (one of only two) at Halali;
it also gave us the opportunity to do some self-catering.
Dinner was stepped up a notch! Meals at the Etosha Camps
have been nothing short of pedestrian, with seriously no
imagination. And with the abundanceof meat around,
vegetarians are the indisputable losers …

I’m quite impressed . . . the international visitors sure know how to find their lion. Every time we’re alerted by a crush of vehicles, it’s the hired double cab that holds prime position, hulking great camera lens projecting out of the window. First, it was at a waterhole. Among a sprinkle of edgy impala, the tension was palpable. Close by, under a thorn tree surrounded by shrubs, all we got was kitty ears twitching, tails switching, and the russet smudge of a mane. 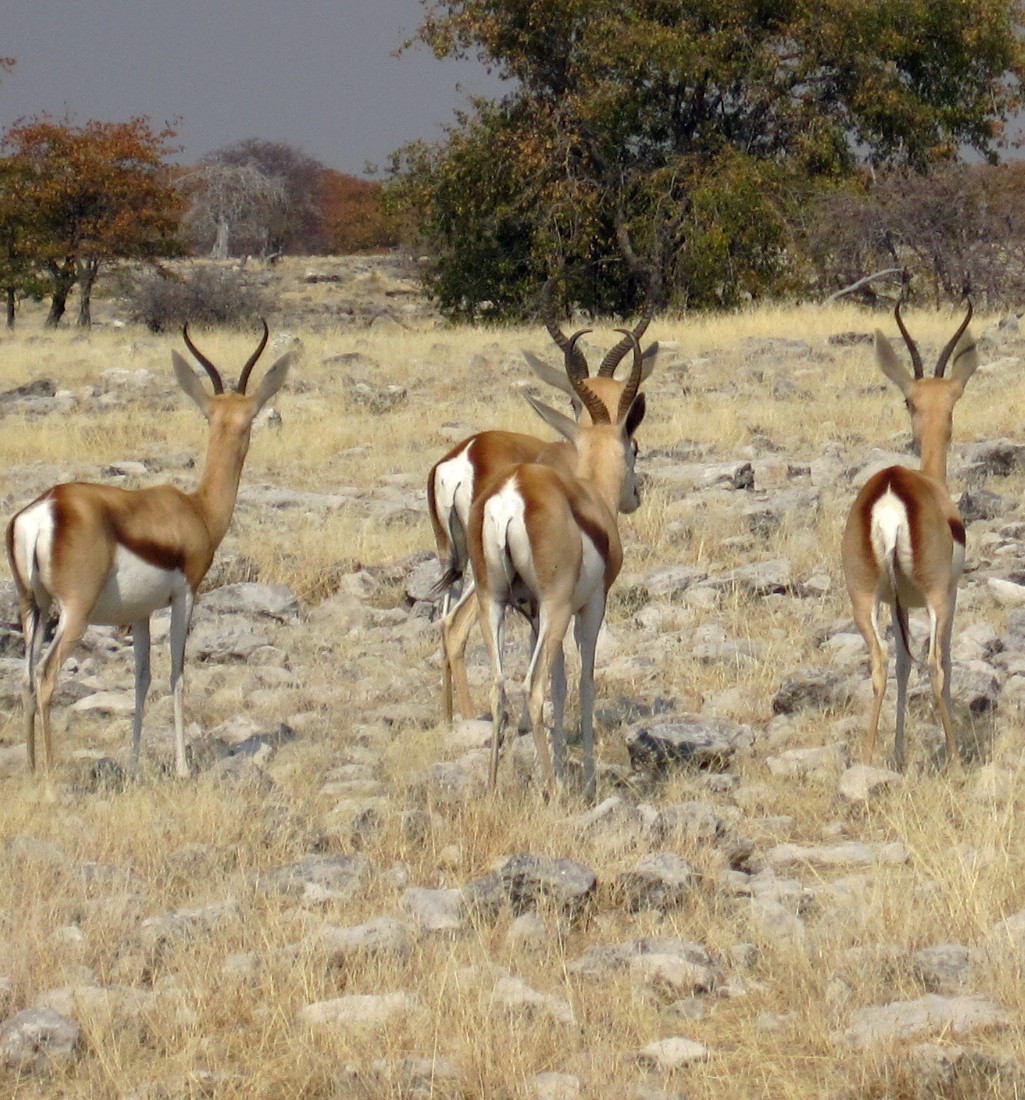 Could that be a subterfuge mane I see?

Next time around, a little way down the road from a waterhole, a pride of six lion had flopped down under a low-hanging acacia. On closer inspection, we could make out six plump tummies, of which two were small cubs. A female sat up every so often, and we got the feel of her yellow eyes. In the pink smears on her jaw, we could see evidence of a recent kill. These cats were going nowhere, and we didn’t stick around.

Otherwise, it was flat tawny grassland and dusty sky for 360 degrees. Often our world consisted of two colour bands, yellow and blue, cut by a white ribbon of road. We are staggered at the volumes of plains game. At a pan marsh fed by an underground spring, 1,000s of springbok were strung out to the horizon, a mass of horizontal side-stripes and white flashes to distract the eye. Nearby it was masses of razzle-dazzle zebra, the strangest sight as many were prostrate on the ground, faces pressed to the soil to absorb the warmth — this at 32°C! The mind boggles. Next came the crowds of gemsbok, spiky horns crisscrossing this way and that. 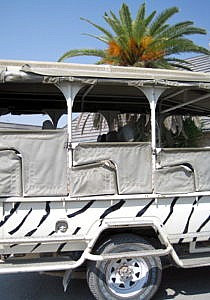 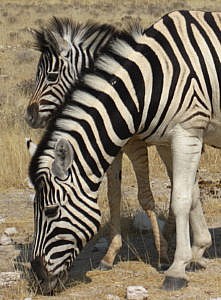 But our astonishment is reserved for Okaukuejo… Why should we be surprised? It simply never fails to deliver. Historically, we always give Namutoni’s waterhole a miss; Halali, usually great, this time was disappointing; our first evening at Okaukuejo? Almost surreal. From early evening onwards, troop after troop of elephants, up to 30 at a time, marched imperiously in. As one family group left, the next swiftly moved in. There were tiny tots, juveniles, sub-adults, matriarchs, bulls, and the interaction was wondrous. Sparring, pushing and shoving, trunks curling and uncurling, winding around one another or sliding along the backs of siblings. They splashed and blew bubbles, climbed on top of each other and dunked their siblings, trunks emerging like snorkels.

In between this activity, on different occasions no less than THREE single black rhinos trundled up to the water, one walking right in to his flanks to cool down. Another was involved in a face-off with a testy sub-adult elephant practising on asserting his authority. A small mock-charge from the rhino had him back off immediately, only to return later for a re-match. He didn’t win the war.

Constantly at the fringes was a group of the most bangbroek giraffe, 11 of them with faces turned in the same direction all night. Highly strung and skittish, they hovered and hovered, until we turned in for bed and they’d finally picked up the courage to move in. Stop-start, stop-start, till they reached the water. Best of all was the high-pitched crazy laughing of spotted hyena, not that far off. Oh, and the Barn Owls were giving us little screeches all evening. We’re not really enjoying ourselves that much. 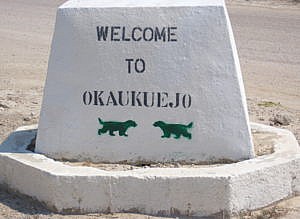 Left For a nocturnal animal that’s usually rare to spot, we saw
three honey badgers scamper past our cottage at Halali while standing at the braai, and one ran in front of our vehicle while
we were driving at 10:30am!! Below Do those look like happy
faces? Travellers on a ranger-led drive have just visited the
ablution facilities near Olifantsbad. Likely longdrops, but I
didn’t stick around to verify … 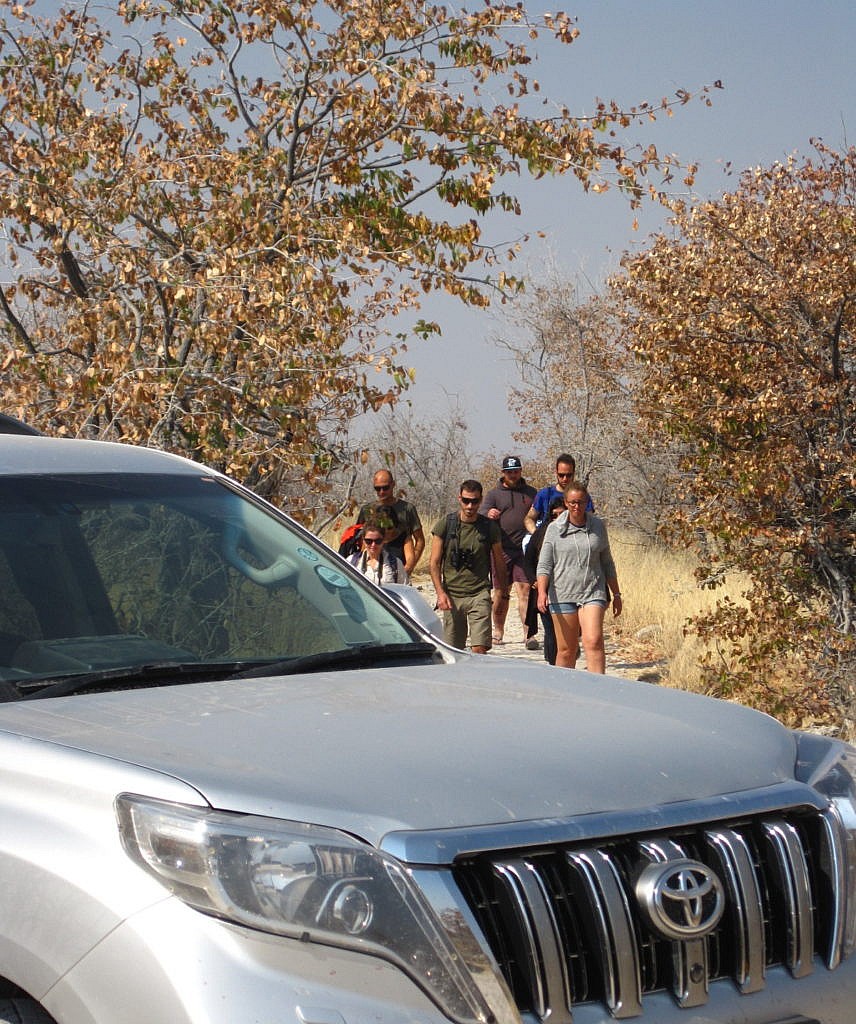 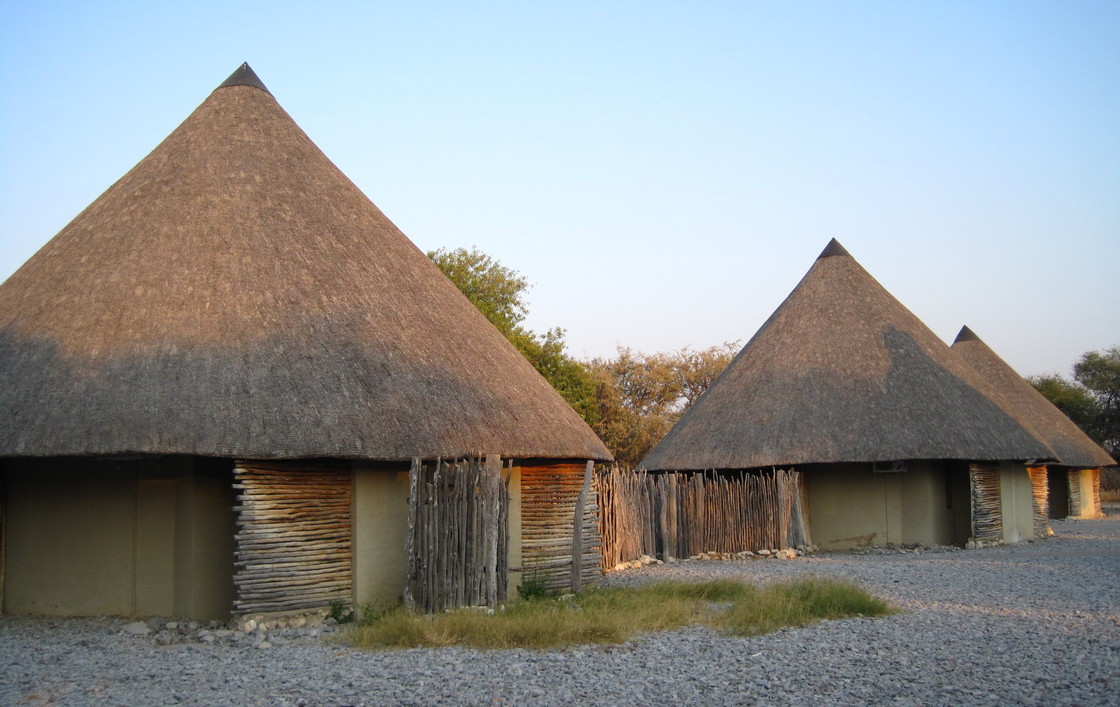 There is a pretty symmetry to the rondavel structure and reed screens of some of Okaukuejo’s units. 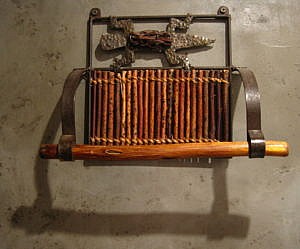 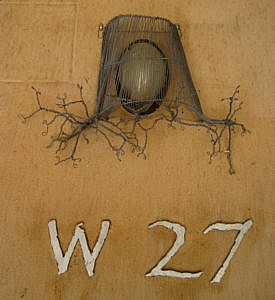 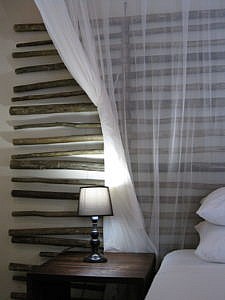 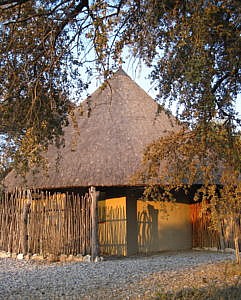 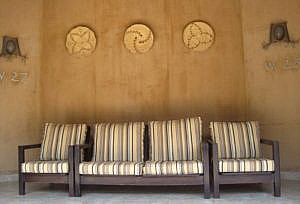 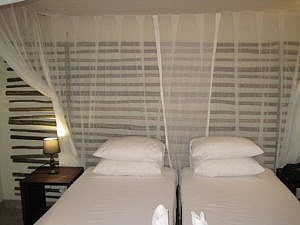 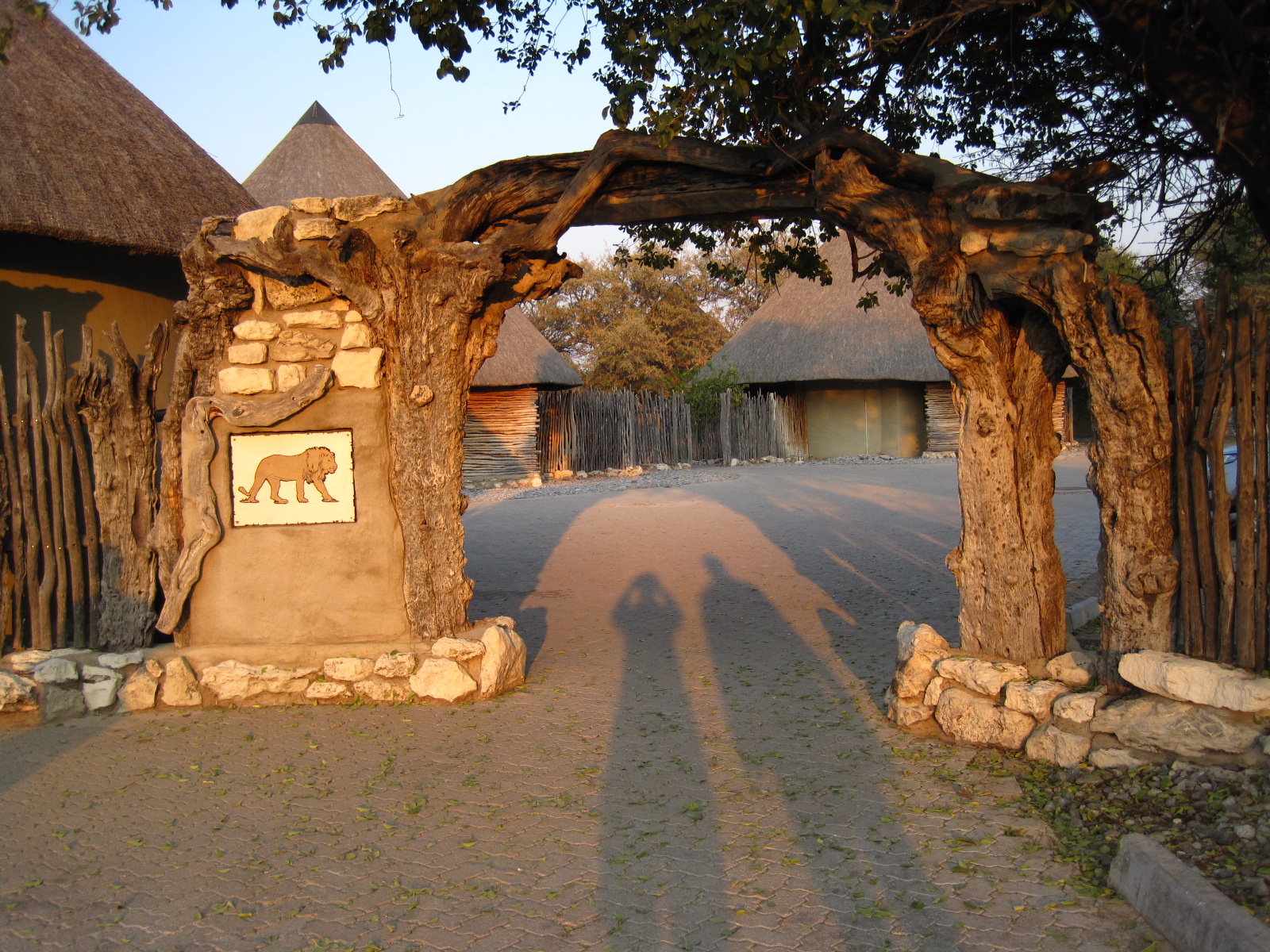 The name Okaukuejo is said to translate as “Woman who has a child every year”. Considering the constant to and fro of wildlife to its waterhole (you need never go off on a game drive, just sit tight and watch the animal world go by!), you’d think it implies the fertility, and therefore proliferation, of the animals of the area. But, no, there’s a legend centering on an unattainable princess of a local tribe who was relentlessly pursued by a member of a neighbouring tribe.

Halali is of German origin; the word imitates the sound made by bugles of the past when a hunt was over. Today it has been appropriated to symbolise the celebration that the animals are now protected and will never again be hunted. 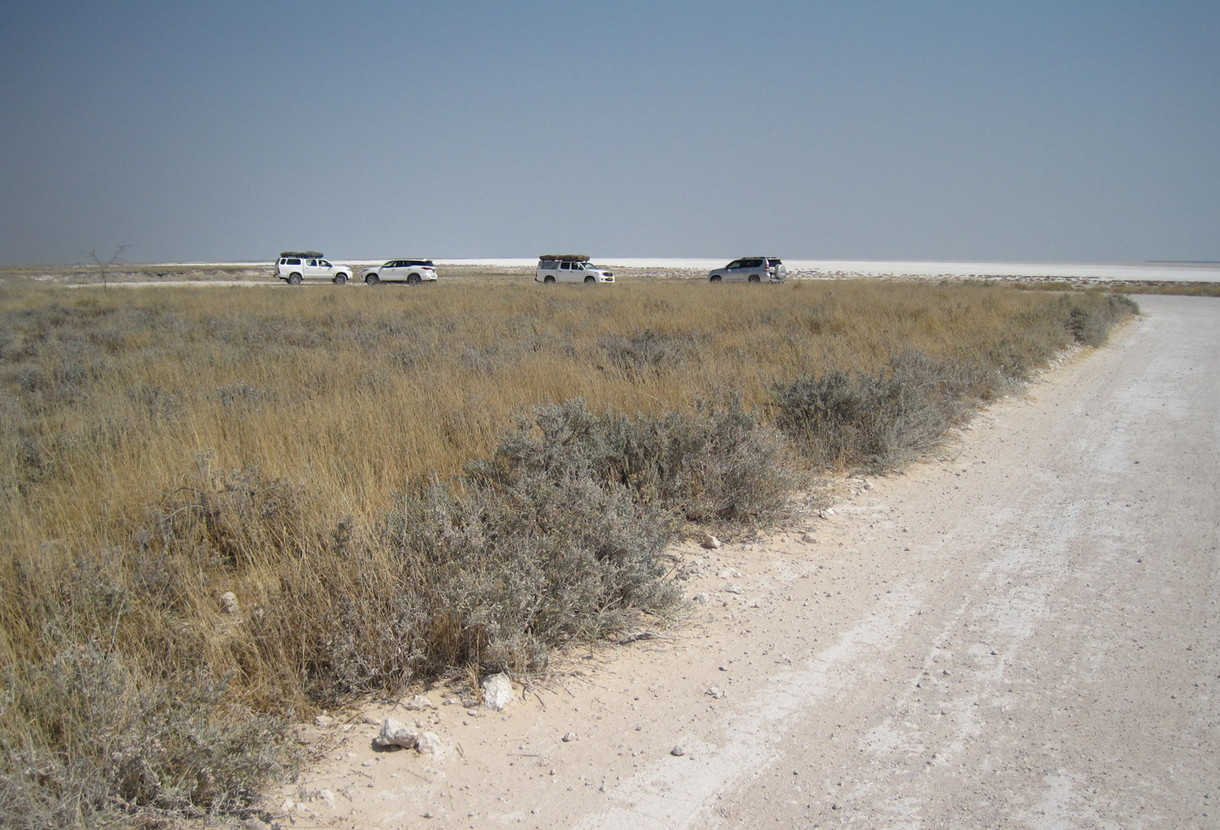 A viewpoint onto the sweep of the Etosha salt pan — blinding white in the sun.
The size of the pan alone is a massive 4,731 square kilometres.