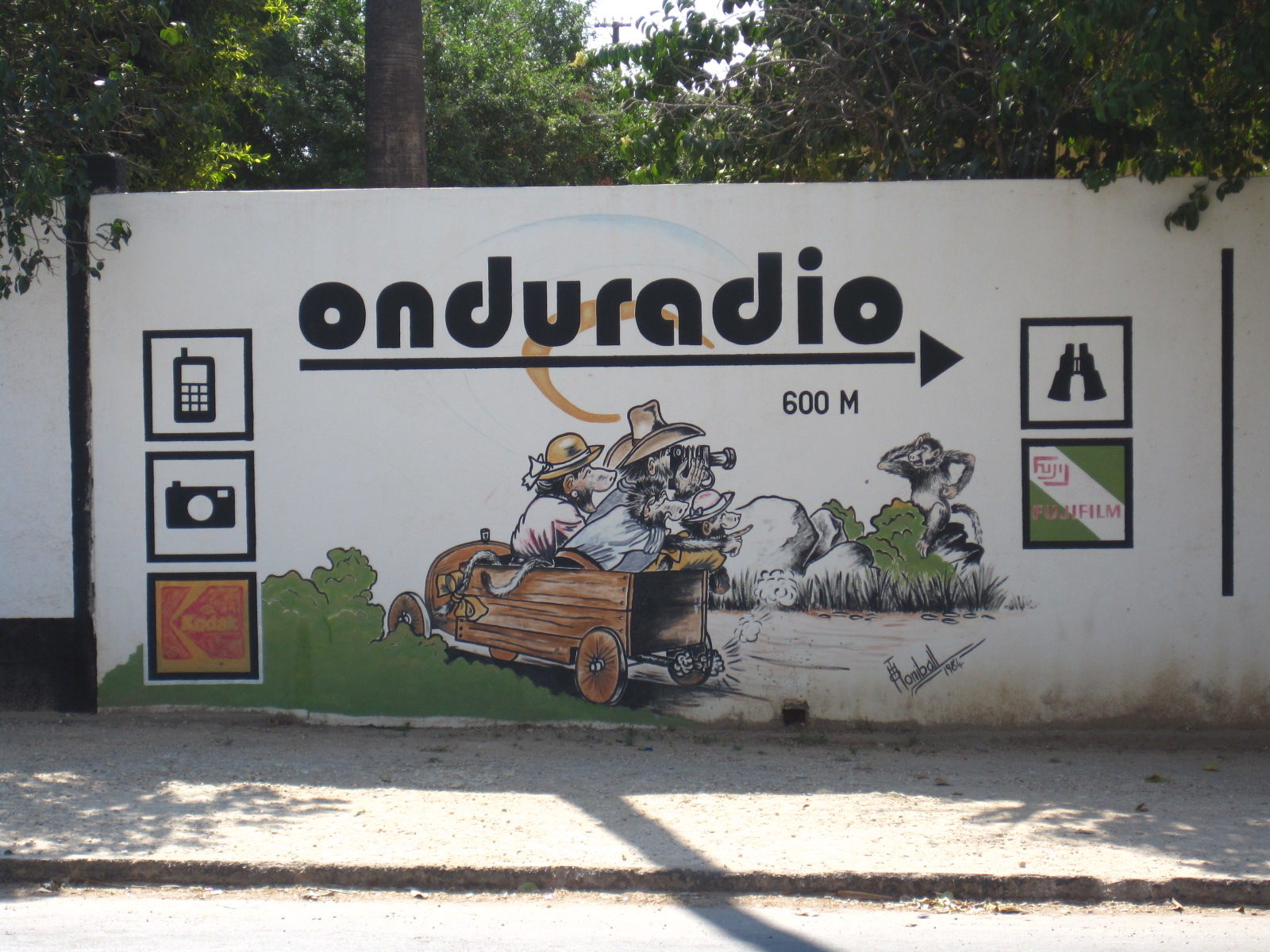 What a finale from the Okaukuejo waterhole! The resounding award went to the bellows and rasping hiccoughs of two male lions saying hi to each other (or firmly re-establishing the boundaries of their respective turf) at 3:00 in the morning. One male sat maddeningly just out of sight of the waterhole, very close to our unit; the other’s roar was more muted, some distance away.

And earlier, besides the enduring presence of grey ghostly shapes and the swishing and splashing and throat rumbling of elephants, a spotted hyena sloped in to the water’s edge. Mighty excitement. Next, a female black rhino and her grown calf trundled silently in, followed later by a solitary rhino. Hirsh, who clearly needs a lot less sleep than any of us, popped up at the waterhole like a jack-in-the-box throughout the night, tallying up a total of eight black rhino!

Needless to say, I was also to be found sitting on a bench in the chilly dead of night waiting for “our male” to come down to the water … but evidently thirst hadn’t got the better of him. (He may also have already done a visit while we were still tucked under the covers.) I was rewarded, though, by the flutter of white wings in the spotlights; this materialised into a Barn Owl as he settled on a nearby branch, posing perfectly face-on. 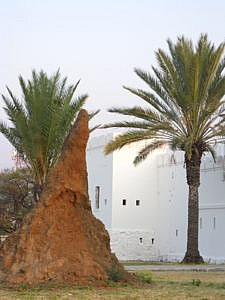 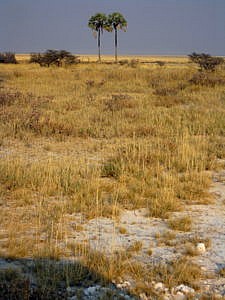 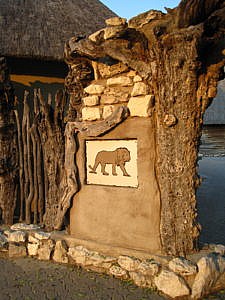 And so we say our goodbyes. But not without feelings of resignation and sadness. It has to be said: Etosha could be such a lucrative, well-run national park. The potential is enormous, the visitors simply flood in regardless. (This might be part of the problem?!) But there’s something seriously wrong here. Simple general maintenance is an issue. In our Okaukuejo cottage, four out of five lights didn’t work in the bathroom, one out of two in the bedroom. (After reporting this, nothing was rectified during our stay.) Accessible plug points were blocked by an immovable reed headboard. And I’ve already mentioned the mundane, featureless, repetitive food. (Running out of adjectives.)

At all the designated “Picnic” spots, they consisted simply of fenced areas with (I’m assuming now) only pit toilets, some functional, many not. (There’s a lot of peeing going on in the veld, NWR!) No concrete tables or benches are provided, not even a plinth. Every single time, the dustbins so overflowed with trash it had piled up all around the bases too.

For a park that receives droves of international tourists daily, the selection of T-shirts and craftwork at the curio shops is utterly abysmal, with display stands and shelves standing bereft of any beautiful thing. Throughout the day, one overlander vehicle after another disgorged lemming-streams of hot travellers lusting after ice cream in 33°C temperatures. Yet most of the fridges stood empty. At Okaukuejo (No. 1, showcase head office) a small tray of a single flavour was on offer. Mint chocolate. This is the height of tourist season, guys!

NWR, you’ve just got to pull up your socks. One day, when they wake up, your visitors will stop coming. 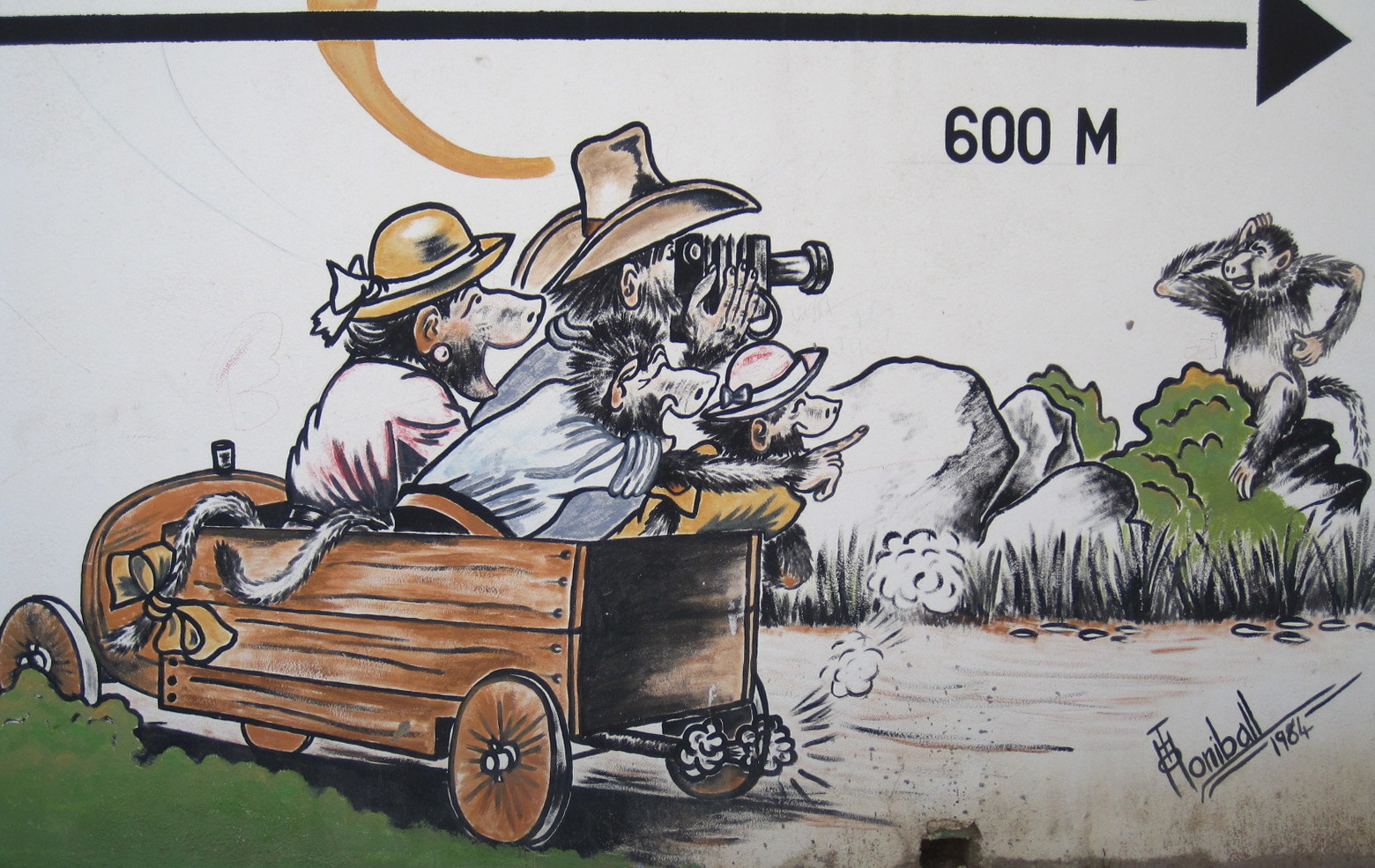