Sorry, Swakopmund. I just don’t feel the love. This town has utterly lost its early German charm. It is now one great, big, holiday resort. 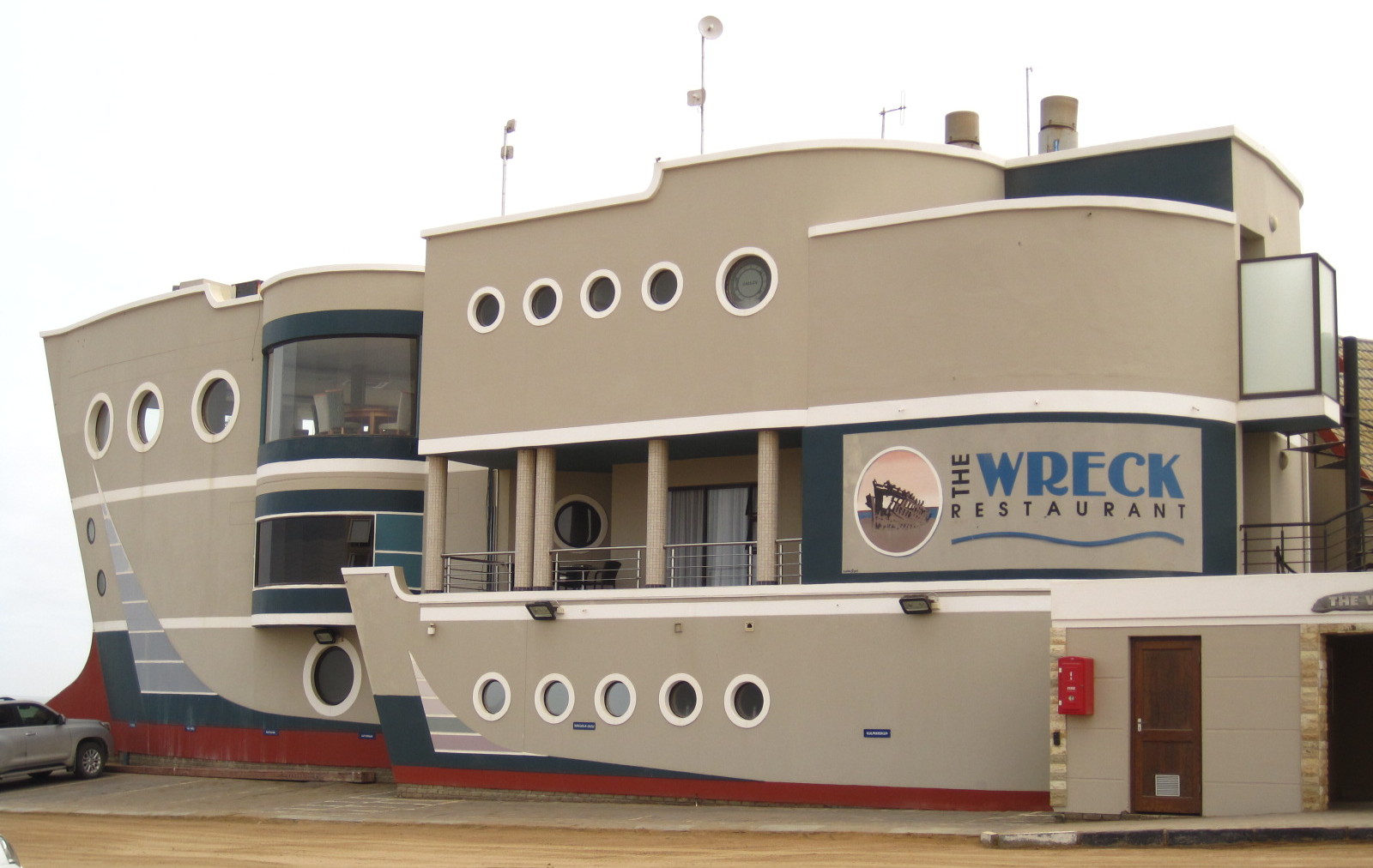 In spite of my laments, we just love The Beach Lodge right on the seashore, designed like a boat complete with portholes, which we return to again and again.

But first, to get there … we drove nearly 600 kilometres, in time to clock up a total of 4,720 kays. Impressive, huh? Along the way, first there were glowing-skinned, buxom-breasted Himba ladies, hair braided and shiny from the clay and animal-fat paste they use, waving at us to stop and photograph for a fee. Later, in the Omaruru district, Herero women dancing in their bright, voluminous, Victorian-like garments and pillow-headdresses. The stalls were imaginative, with painted signs beside life-size clay or wire elephants, or dressed-up scarecrows in eerily human-like poses, wearing clothes that billowed in the wind. 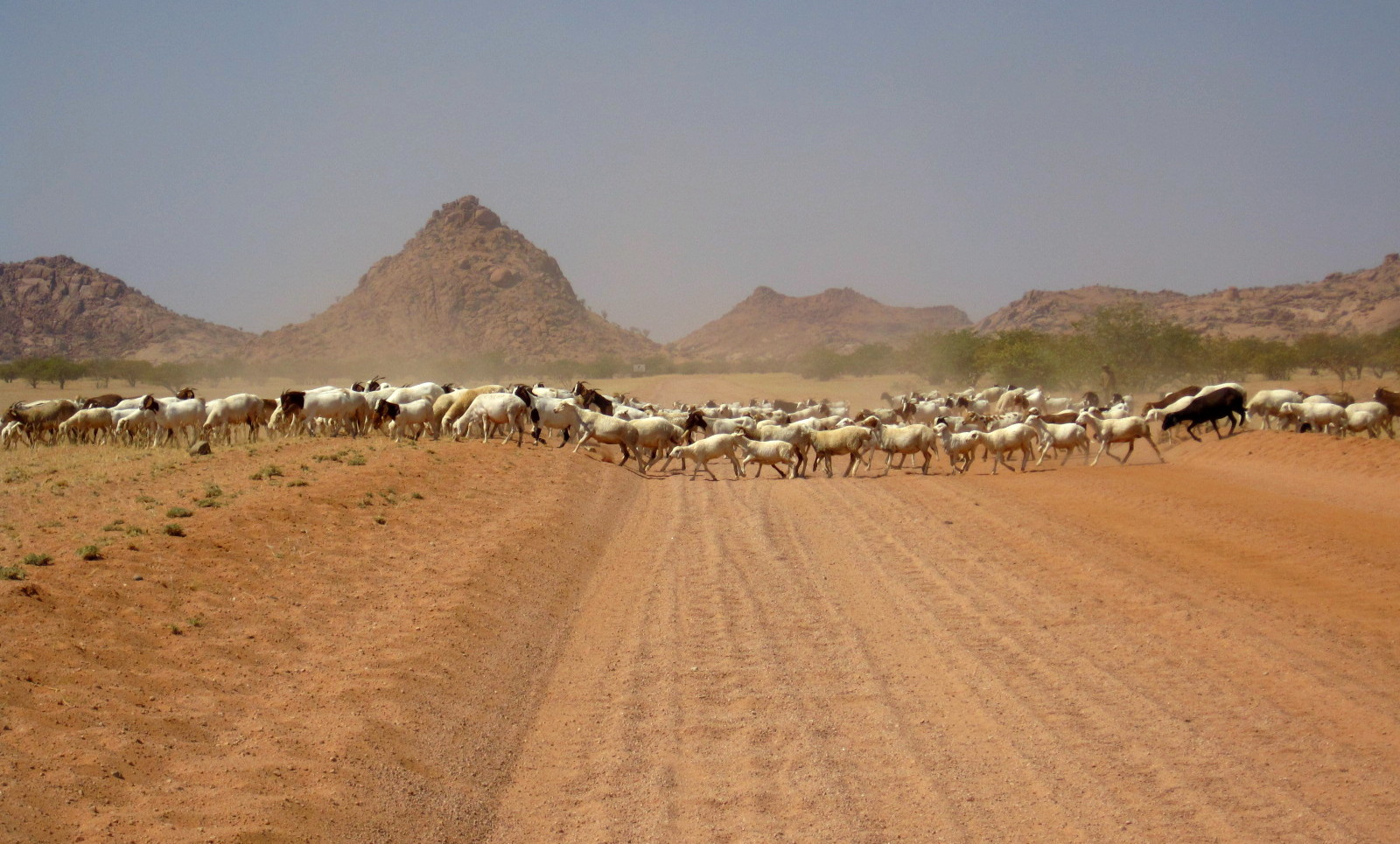 Then we hit flat, pebbled plains; next it was just a yellow fuzz of grass; then purely hardened desert sand. Weird mirages of blue pools of water danced on the horizon. We passed a hired double cab on the roadside, looking decidedly wonky and out of shape, its occupants standing around while one person tried to change a wheel. It had obviously rolled and landed back on its wheels. A sobering reminder of the treachery of these sandy roads and the inexperienced drivers who race along its course. A support vehicle had just stopped by, so we moved along, mulling over the inherent dangers. Then it was such a rollered flat landscape that you could hardly make out the road from the surrounding flatlands. 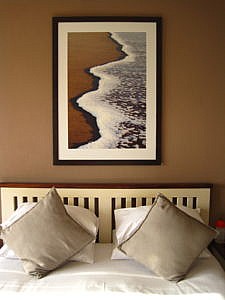 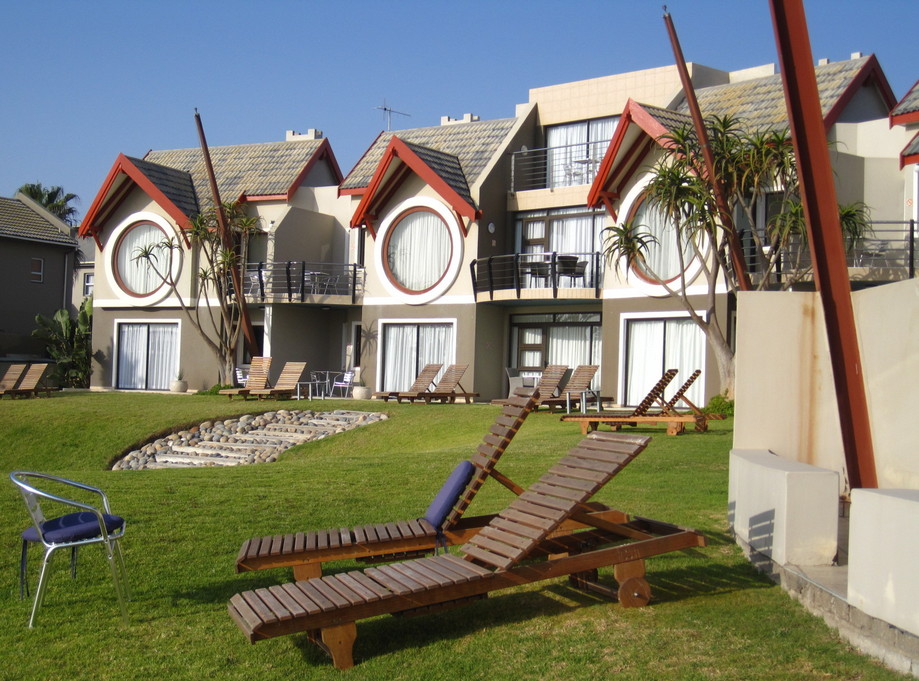 We can’t complain about our accommodation.
Giant portholes in the sea-facing bedrooms, the sigh of the waves,
the lapping of the sea just a toe-tip away…

And into Swakopmund. The urban development is mind-blowing. Architect-designed luxury holiday homes, blocky apartment complexes, B&Bs, one massive hotel after another — most of them with glowing red dots indicating that security alarms are prepped and active — and sandwiched in between, carefully levelled and raked sandy plots with For Sale signs just waiting to be bought. Yes, the centre of town still has a sprinkling of classic German architecture with its elaborate details and painted reliefs, but this has mostly been swallowed up by urbanisation. Swakopmund definitely has its sophistication in trendy craft breweries, some very good restaurants, and even the elegant, reflective-glass façade of the Kristall Galerie with its gargantuan crystals, but … hmmmm … I’m not so taken. 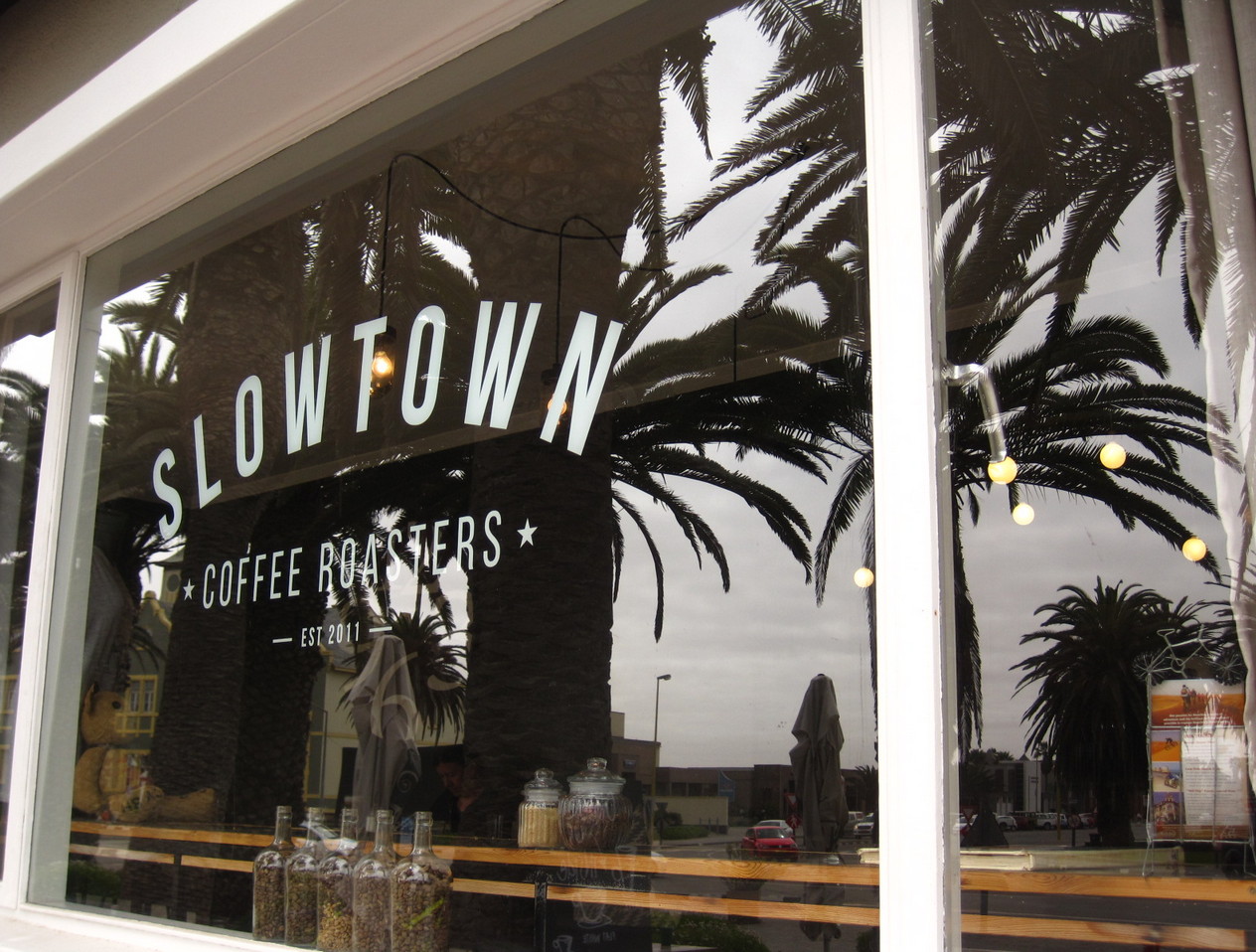 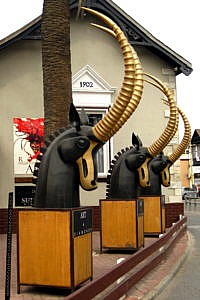 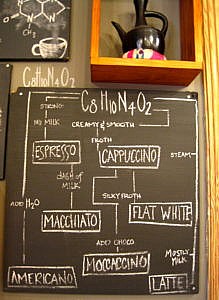 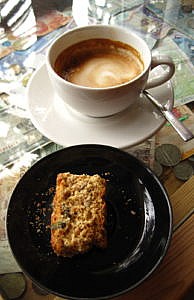 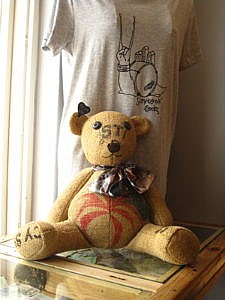 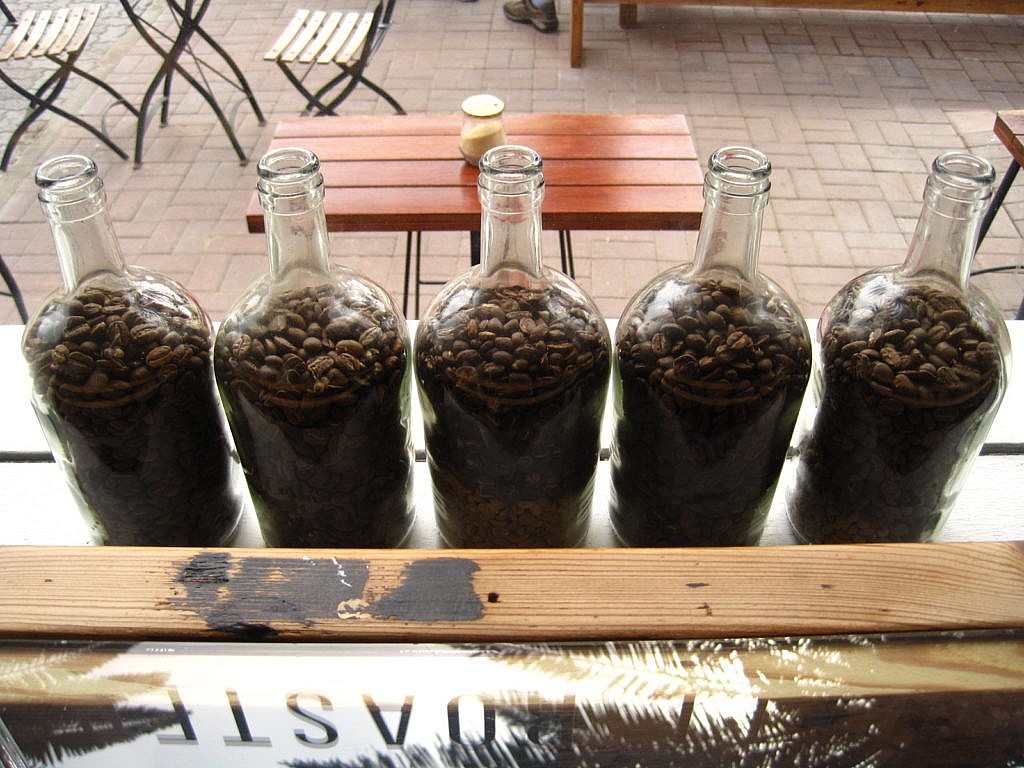 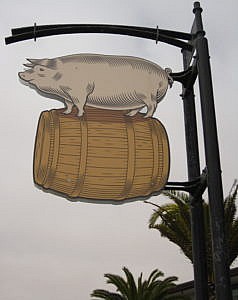 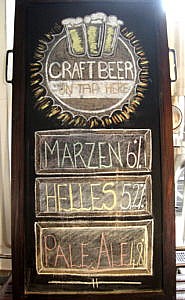 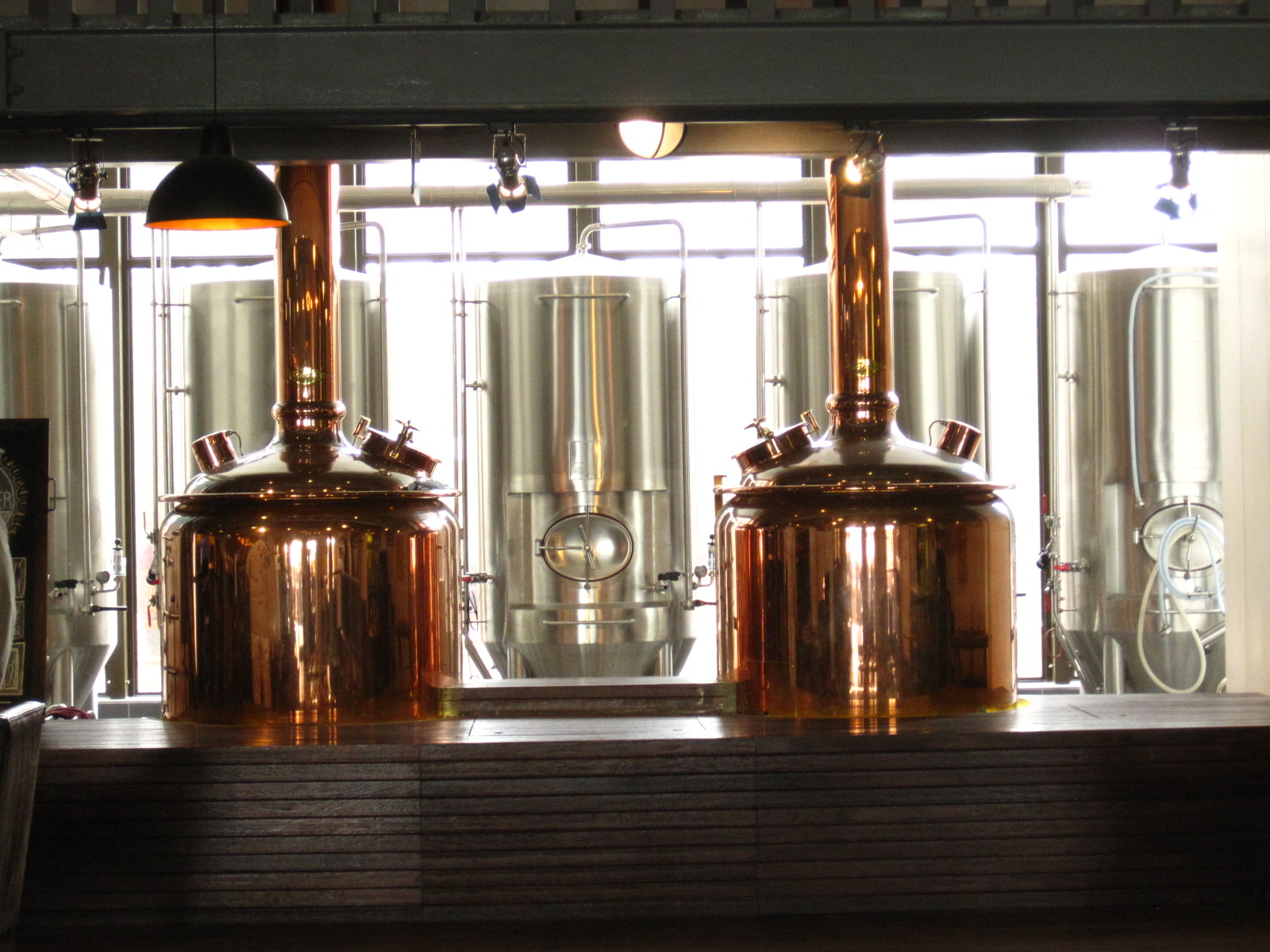 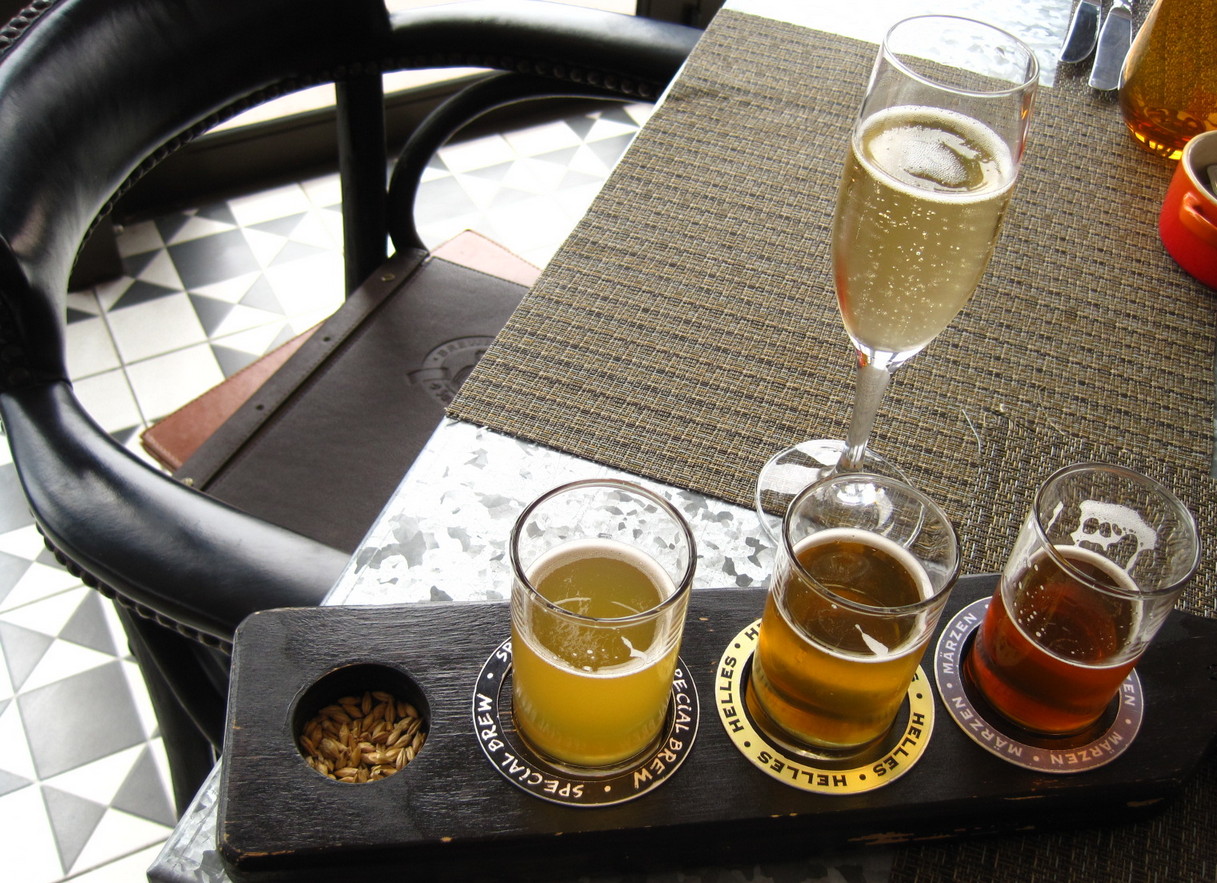 And the boys were delighted with The Brewer and Butcher.
(At least I got in my glass of Pongracz.) 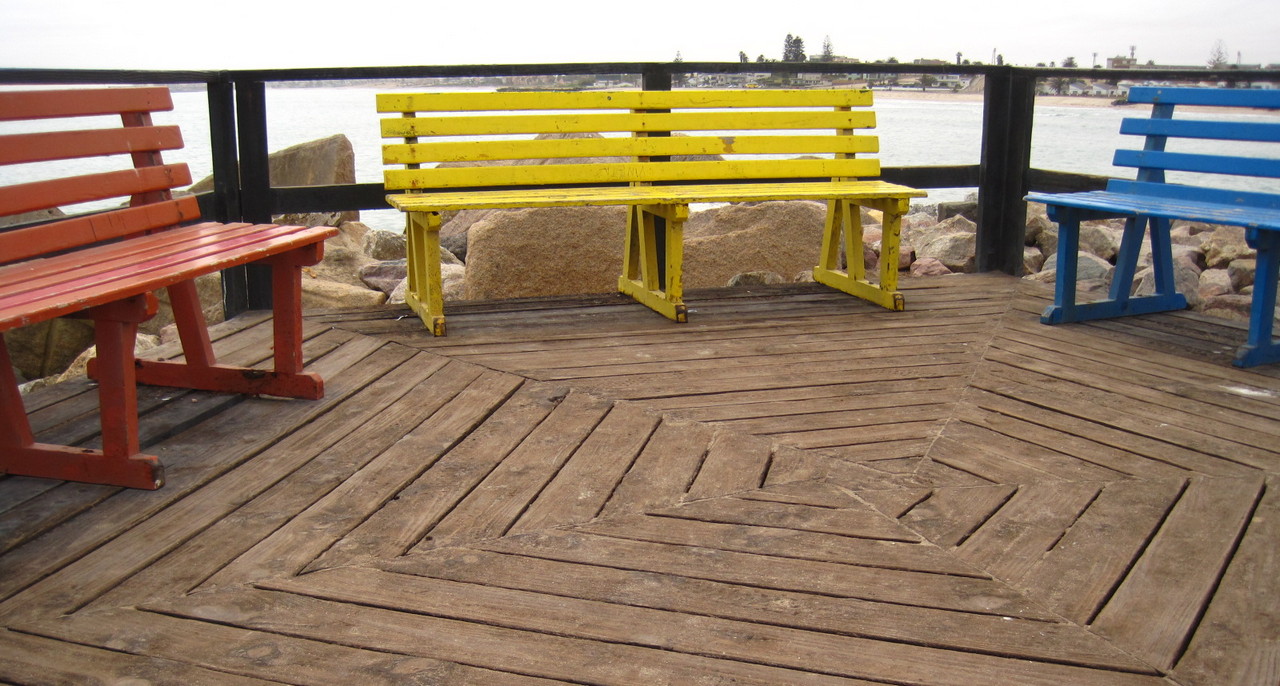 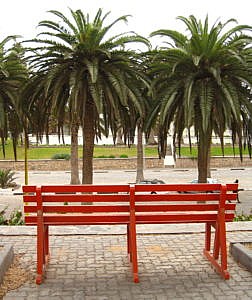 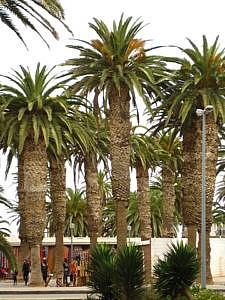 Lots of date palms and brightly painted benches along the shoreline
and at the end of piers. 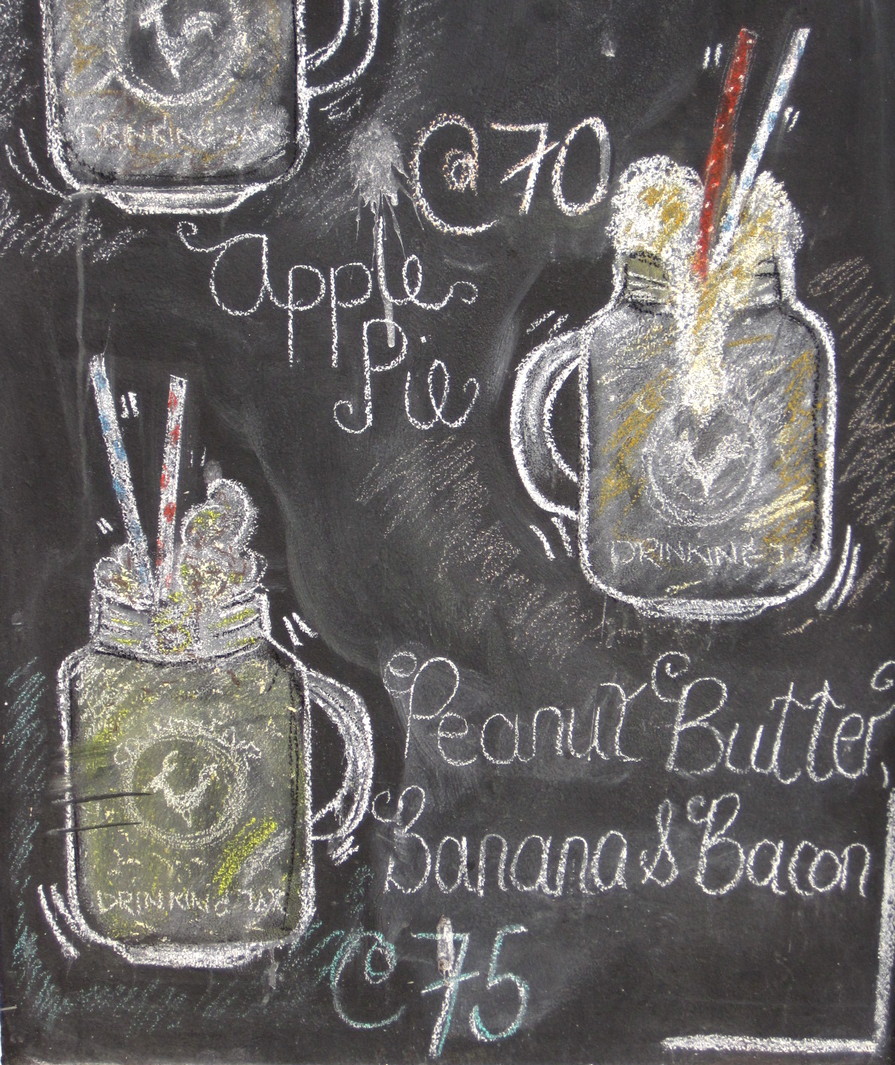 Could you resist a peanut butter, banana and bacon milkshake??

And I’m afraid this might be the end of the road, for this trip at least. Hardap Dam … hmmm, the jury’s out on that one. Kgalagadi … no signal, and most of you know it anyway! Britstown … the stories are already out there on our Gravel Road Adventures website. So, friends and strangers who have been following and liking and commenting, thank you, I love that you’ve travelled with me, please keep on doing so. The travels won’t stop. There is always a new adventure just around the corner …