Stimulated by my friend Clare’s comment (she, herself, is an accomplished photographer with an excellent eye for an unusual composition), I’ve done some experimenting with sepia on a few textural photos from Kgalagadi. 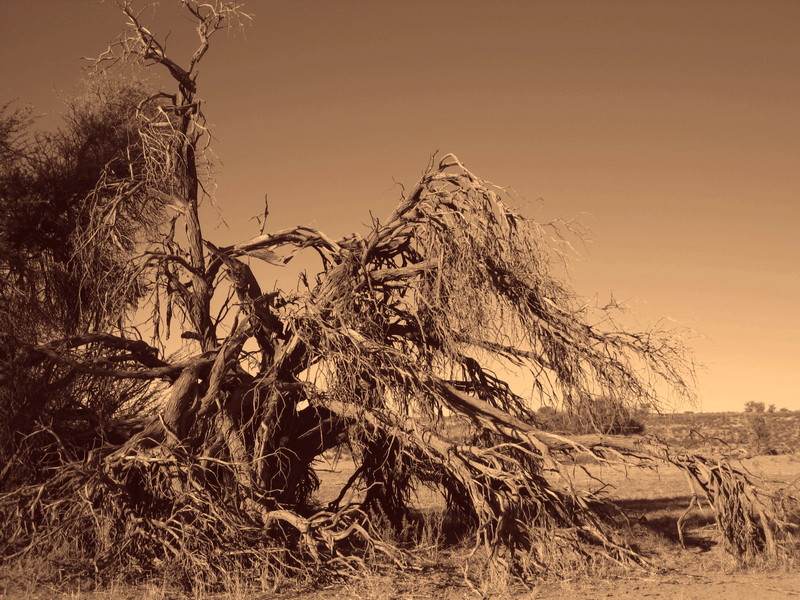 Simply love the shapes of the collapsed camel thorns,
gnarly limbs splayed out like giant tarantulas

Photographers of earlier centuries used silver nitrate to develop their black-and-white photographs, but eventually learned to replace this with a sulphide containing the cuttlefish ink pigment. They liked the warmer tones, considering these to be more inviting than the cool, more detached, effects of monotone. 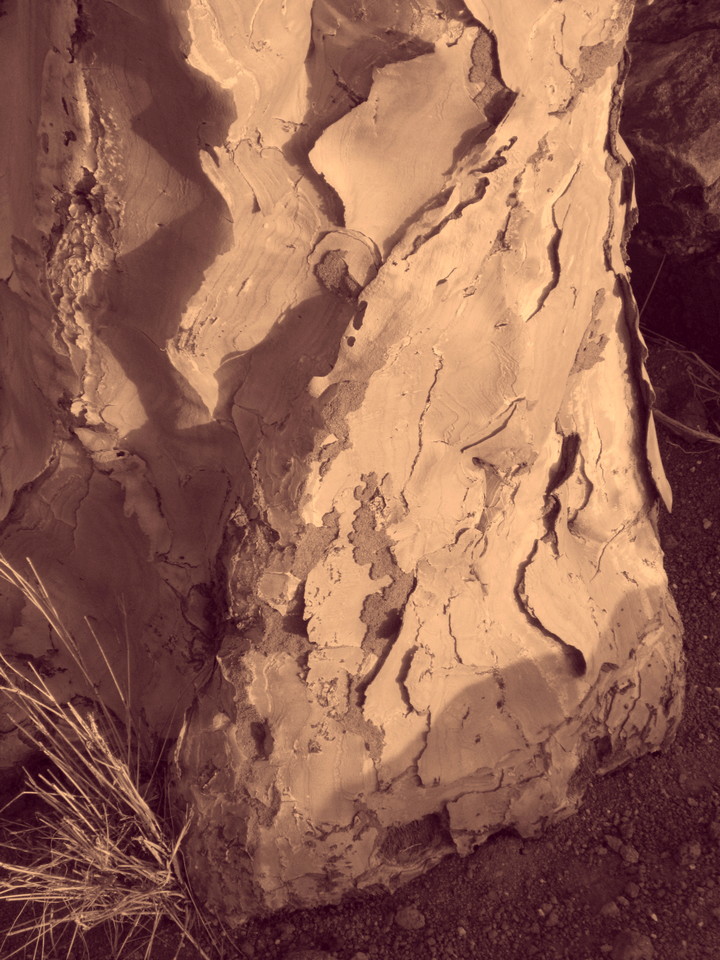 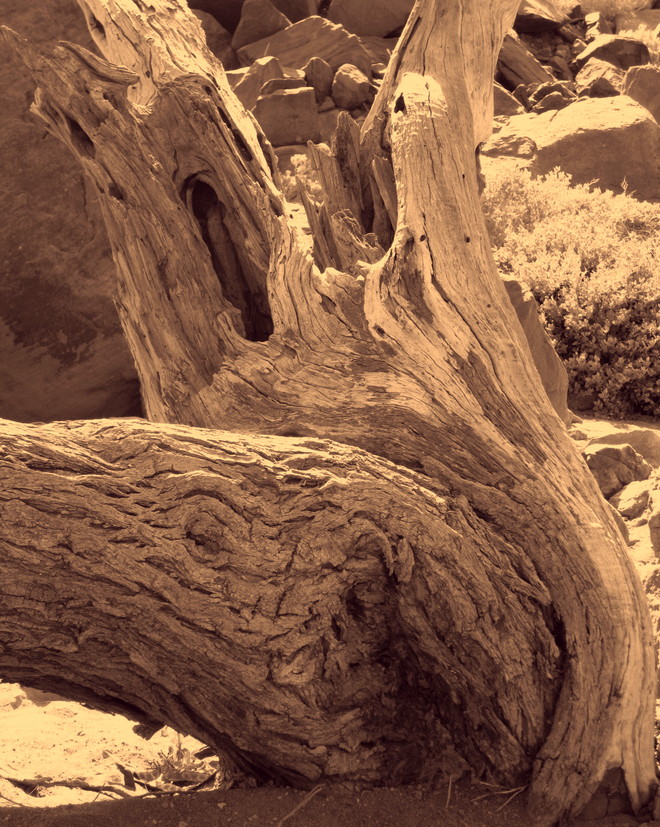 I love that the tree trunk on the right resembles a forward-leaning torso, thigh outstretched as if the trunk is sinking into a yoga forward bend… At left, the crackly base of a quiver tree.

For me, the sepia? Hmmm, jury’s still out. I feel that black and white produces a crisper image, with more definition to the shades in between dark shadows and highlights. I do, though, love the words of Isabel Allende, below. 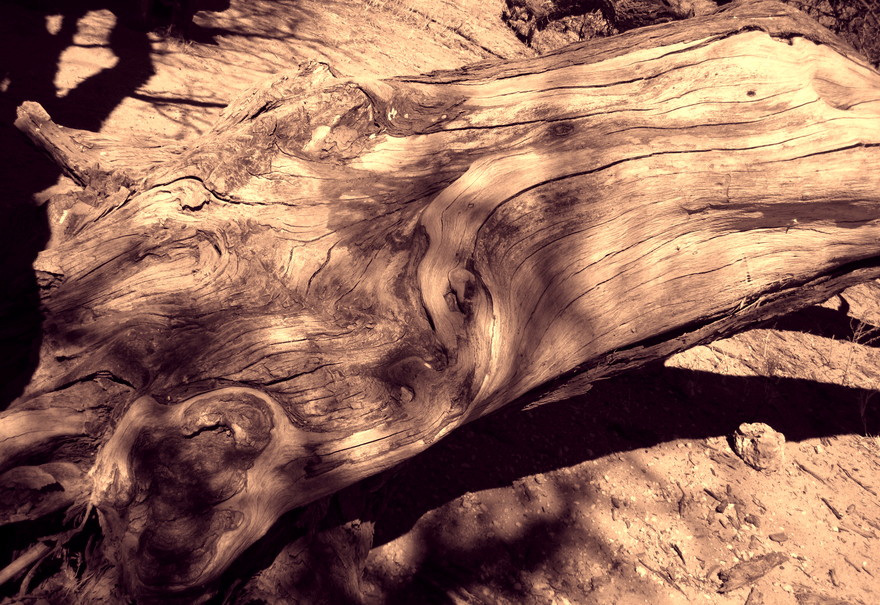 “Each of us chooses the tone for telling his or her own story. I would like to choose the durable clarity of a platinum print, but nothing in my destiny possesses the luminosity. I live among diffuse shadings, veiled mysteries, uncertainties; the tone of telling my life is closer to that of a portrait in sepia.”

― Chilean author Isabel Allende in her book “Portrait in Sepia”