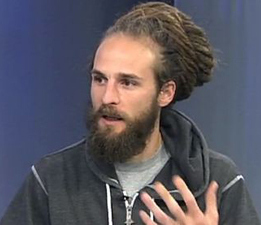 Following on from my recent story about Knysna’s street art, I got really excited when I subsequently passed a graffiti’d wall that seemed to suggest famous street artist Rasty (left) of Johannesburg had visited.

It was a simple tag in black letters (at which I was a teeny disappointed because some of his more elaborate street murals are mind-blowing … C’mon, Rasty, we need one in Knysna!).

But on closer investigation (and a photo for posterity), I realised the tag said “Rastar” and not “Rasty”. Bummer. 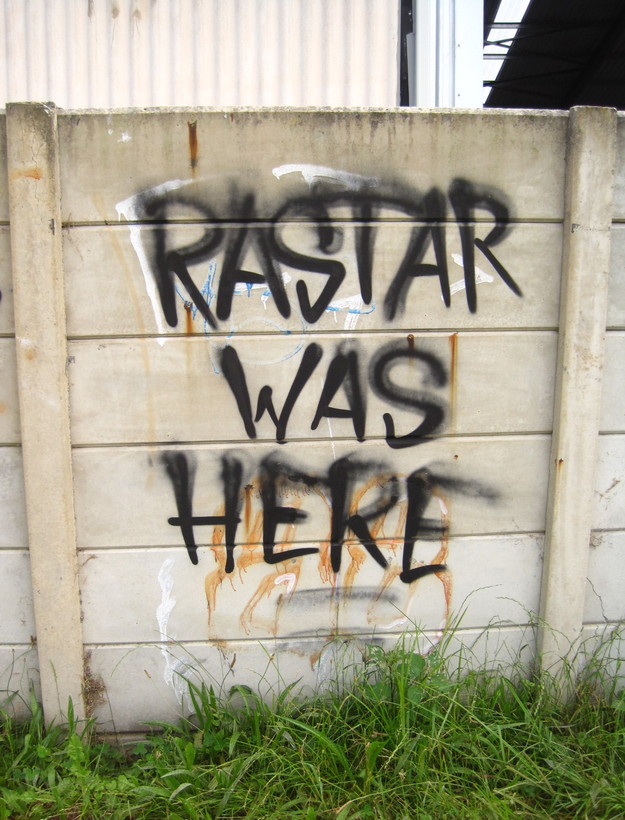 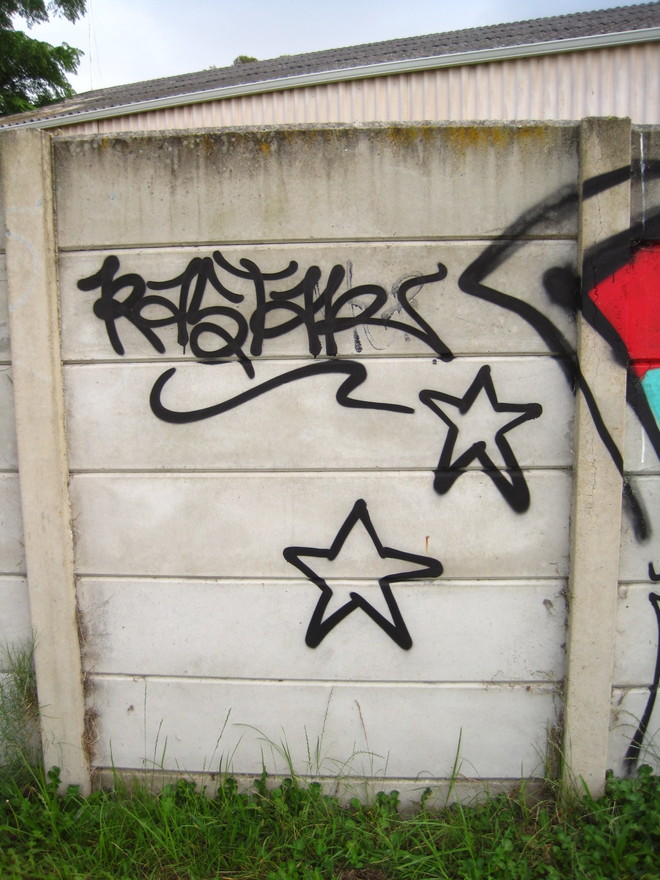 Everything is NOT as it seems … Left  A subtly different “Rastar”; right  Another graffiti artist? 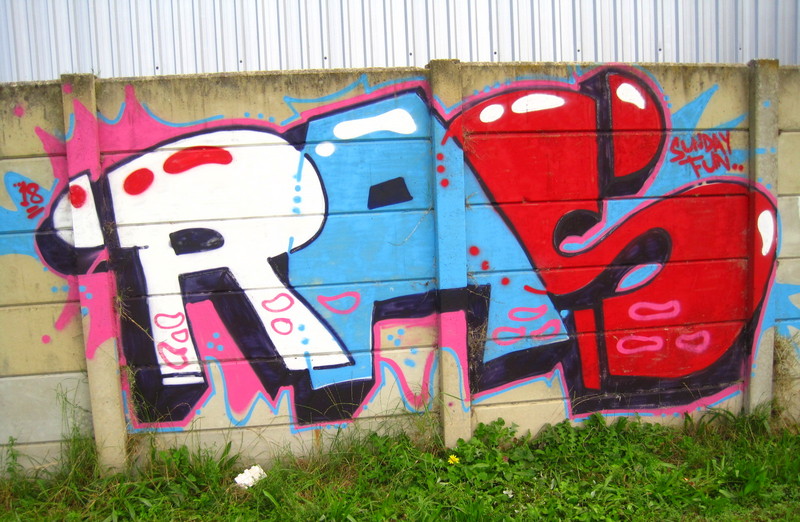 You could be mistaken, if only for a second…

Tagging — a means of artistic self-expression for those voices that are usually unheard — is a precursor to the unbelievably creative street art and wildly imaginative giant murals that are holding us spellbound today. 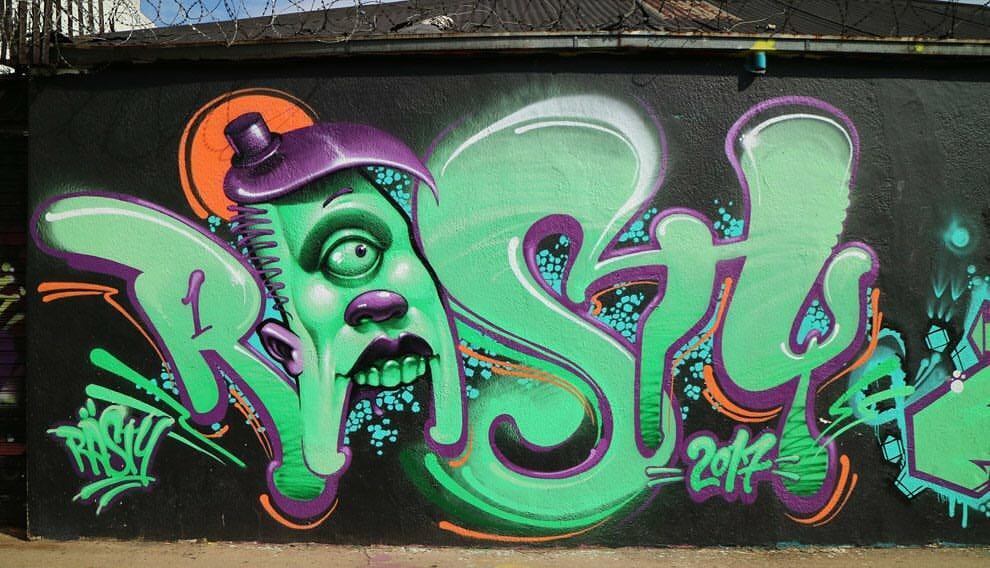 This is a REAL Rasty tag.

“Tagging: It’s almost like calligraphy, an art form.
It’s about letter style and there are levels of what makes it good or bad quality.”   — Falko

Back to Rasty, who also works full time as a tattoo artist. He has been involved in many mural art collaborations with different artists, including the inimitable Falko, originating in District Six and Mitchells Plain on the Cape Flats. Considered to be one of South Africa’s top graffiti artists, Falko painted five murals in Greece running up to the 2004 Olympics. Below [images NOT mine; they’re from the Web] are two Rasty / Falko collaborations. 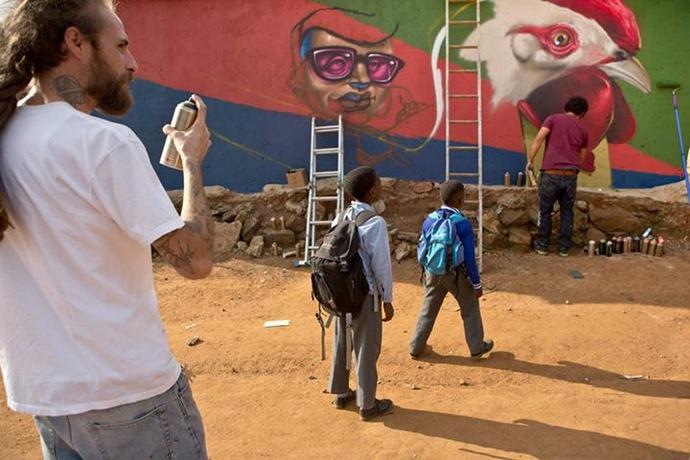 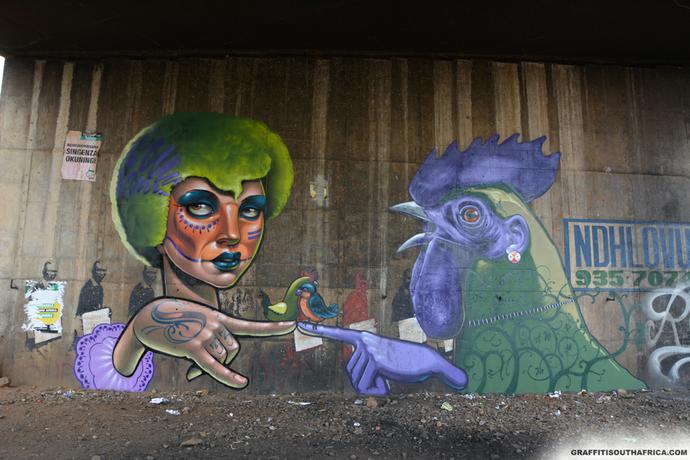 Below  Falko’s signature is his elephant motif. [Again, image NOT mine.] But how amazing is that?! 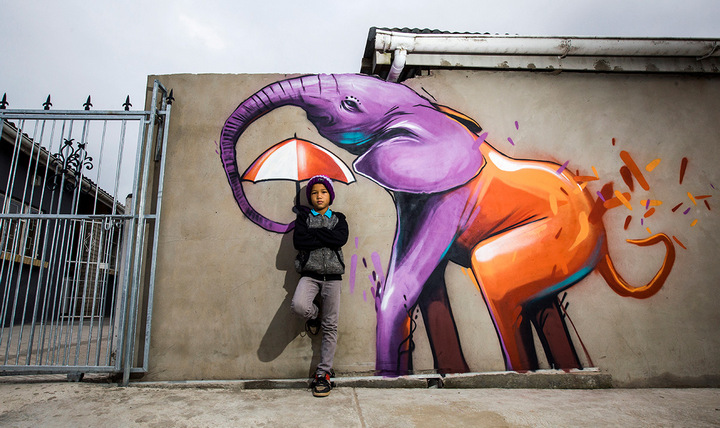 If you liked this, try some of our FREE downloadable stories on arty places we’ve been to here or here