Anyone out there who’d like to test the integrity of your new all-terrain tyres? The interior suspension of your 4×4? Or you’re merely hankering after the head-banging joy of jackhammer corrugations (… and washaways, loose boulders, airborne dropoffs …).

I have just the adventure for you.

Actually, it’s a jeep track (and it says so on the map too). This is the rudimentary road link from Wupperthal to Eselbank to Matjiesrivier. After which you turn sharply west-northwest, and you’re in the Cederberg Wilderness (71,000 hectares of it). But by then you know this, from the crenellated profile of cracked and crusty sandstone all about. 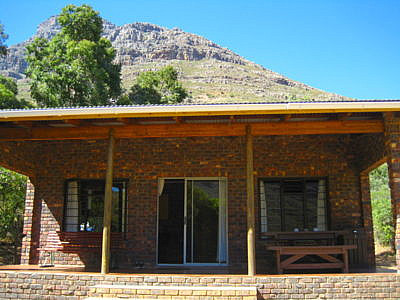 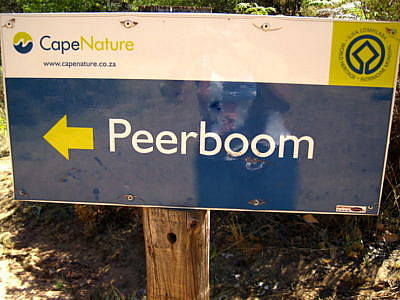 Our destination: Algeria. Managed by CapeNature, it’s kind of halfway up in the Cederberg Wilderness, but has less of the bright lights appeal of Sanddrif in the southeast. Think Wolfberg Cracks, Wolfberg Arch, Maltese Cross, Stadsaal. You can still get there from Algeria, but this place is more about the camping, mountain walks and catch-your-breath chilly river holes.

Us? We don’t do camping. But as luck would have it, Algeria has cottages in the shadow of the Bosherberge mountains … Dutch/Afrikaans rough translation of bosherberge: “bush inns”. So, in the early trekking days did some kind of hostels or inns exist here, embraced by mountains that subsequently got their name from them? Today’s simple facebrick cottages carry names such as Peerboom (pear tree), Sas se Werf and Prik se Werf (werf is a yard as in: area around a person’s farmhouse or cottage). The above story strengthens. 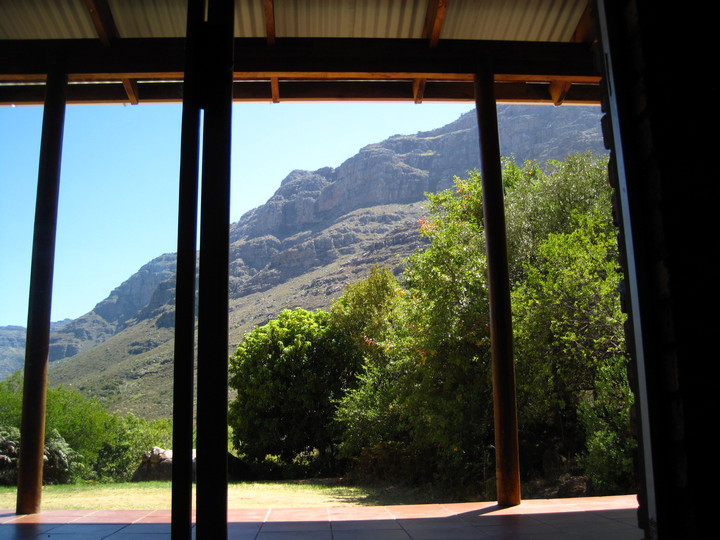 Each cottage’s vista is filled either with the checkerboard stone face of a mountain or fronds and leaves and clear bubbling water of the Rondegat River, as at Sas se Werf. Lights are solar-powered, with the addition of hurricane (paraffin) lamps. Nothing fancy, but perfectly comfortable and just the thing for a couple of days of digital detox and TLC. And some walking if you’re up for it. (By the way, an extra six modern, luxury cottages have been newly built near the Algeria campsite for those wanting a little added zing to their experience.) 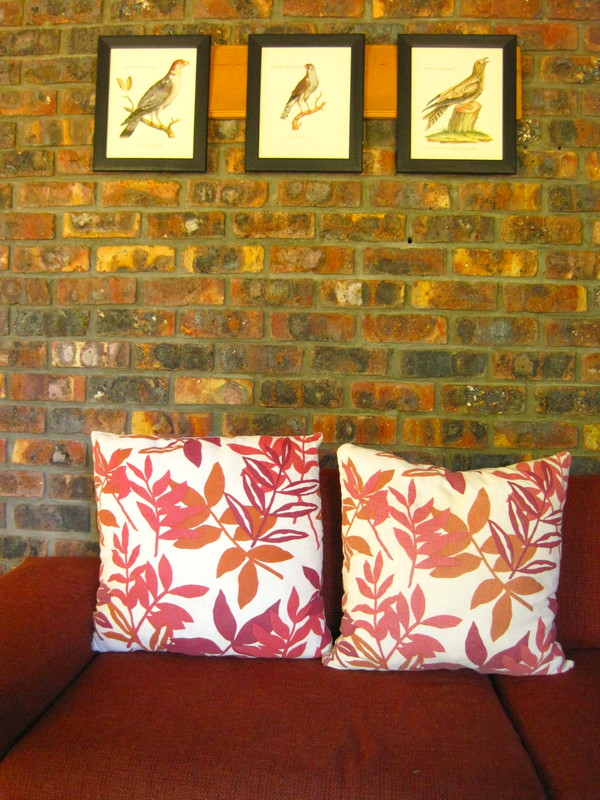 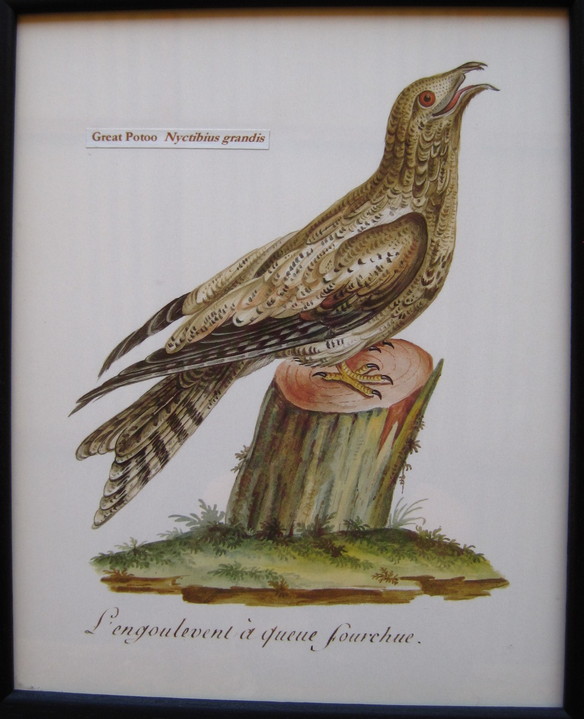 French text for the bird illustration above translated as: Forked Tail Nightjar. Such a weird crumpled beak… 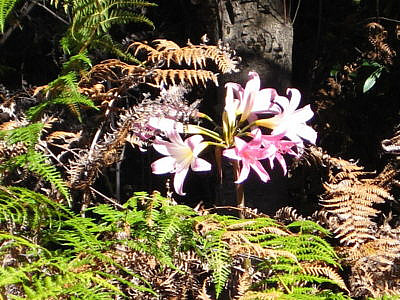 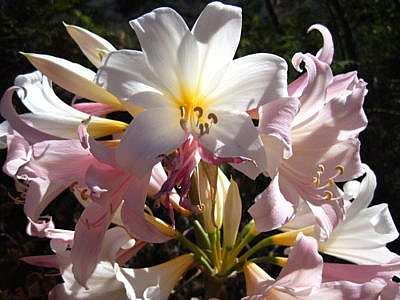 Such fragile beauty above the unruliness of wild ferns, March lilies tilting heads so delicately pink. It’s also known as the Belladonna lily, after its Latin name Amaryllis belladonna. 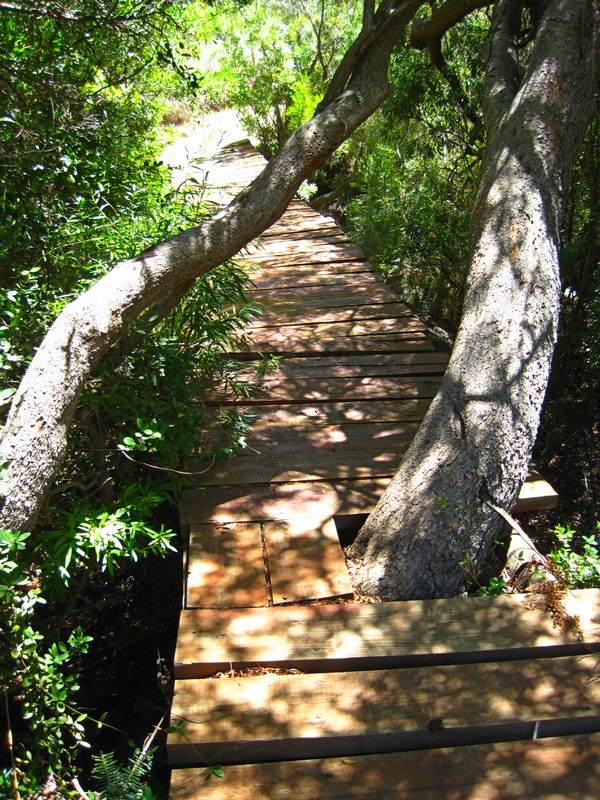 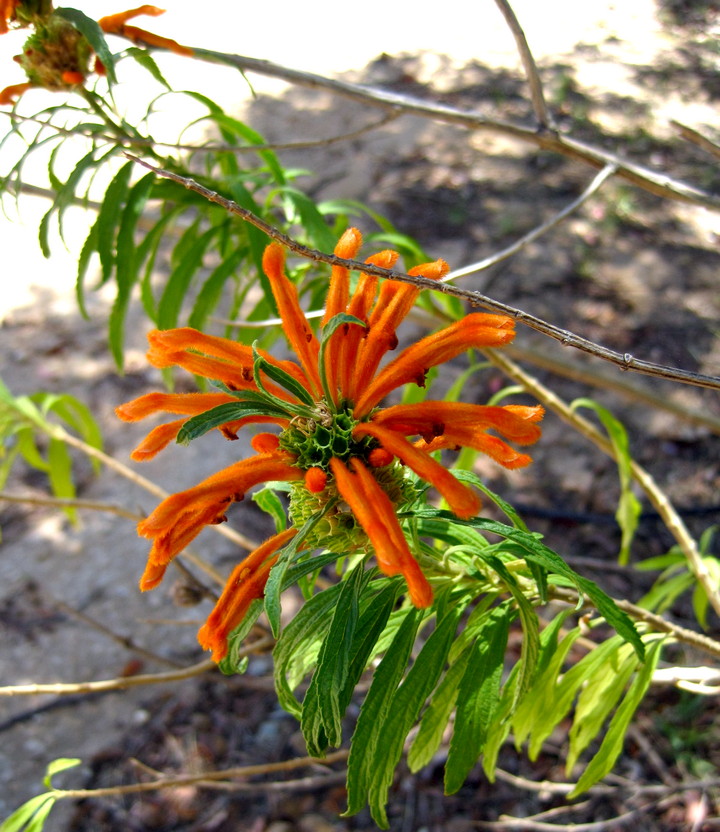 The inquisitive, yet intensely watchful, bright eyes of Cape Grey Mongoose, who chittered and rolled and snuggled together on the warm earth. 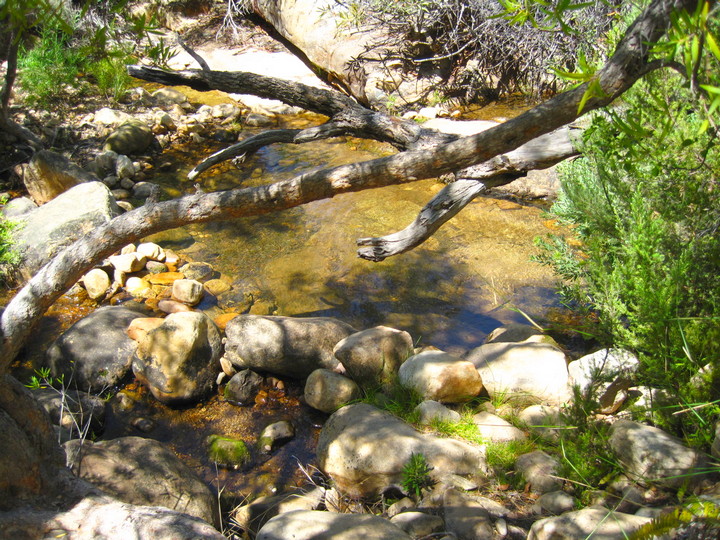 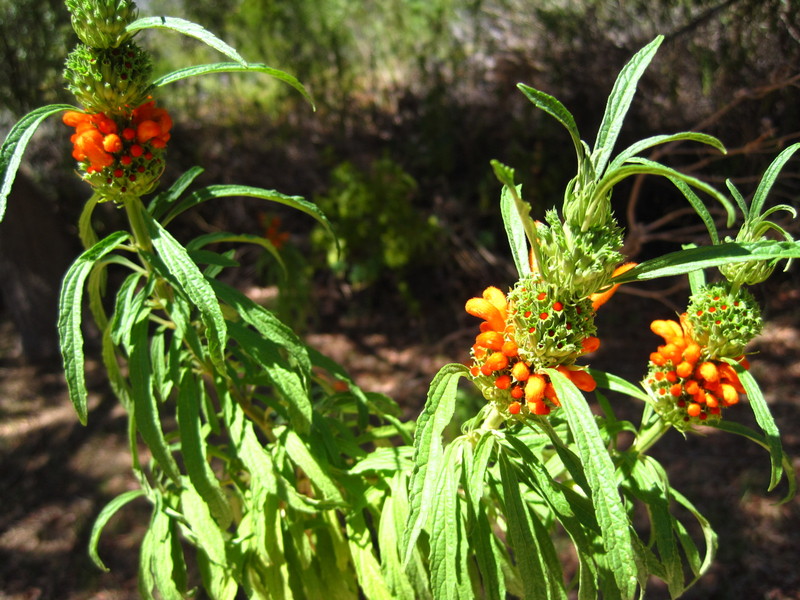 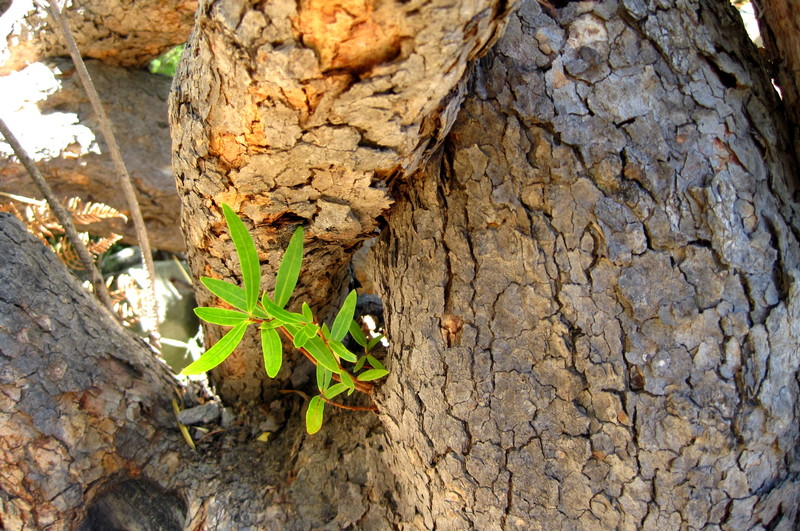 The Story of the Cederberg’s Algeria

A French count with the illustrious name Comte Mederic de Vasselot de Regne was appointed as the first Superintendent of Woods and Forests in the Cape Colony, and head of the newly created Department of Forestry for Crown Lands. He apparently visited the Cederberg in 1882, and the mountains here reminded him of the Atlas mountain range in Algeria, northern Africa. Algeria at the time was a French colony. 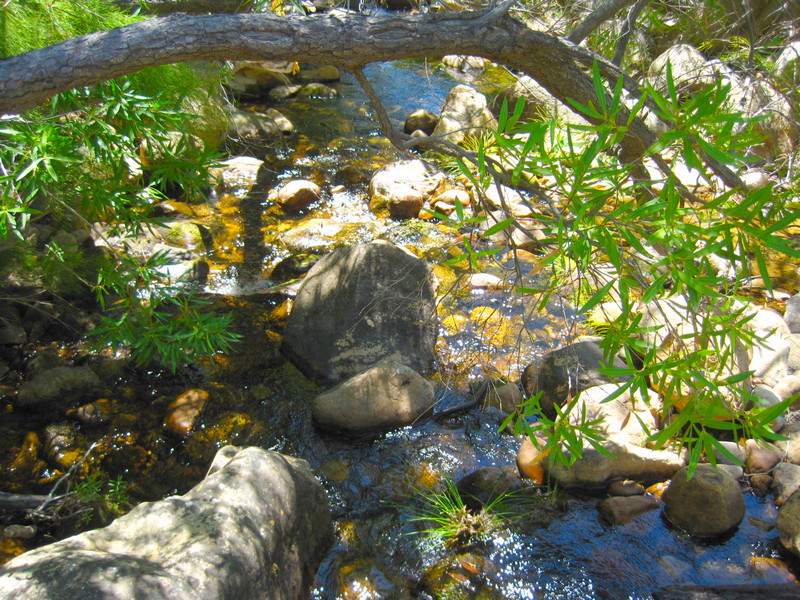 If you liked this, we have FREE downloadable stories about our travel adventures all over the show. Click here 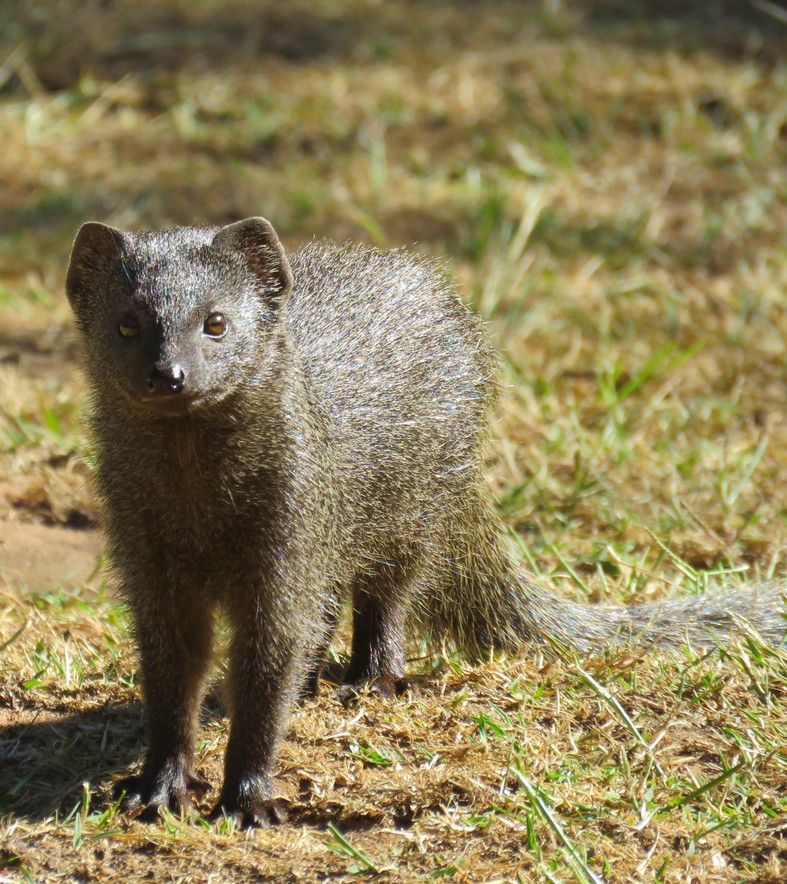