It’s amazing … out of all our Instagram images … cheetah, lion, owls … this photo of Mokala National Park got the highest votes! 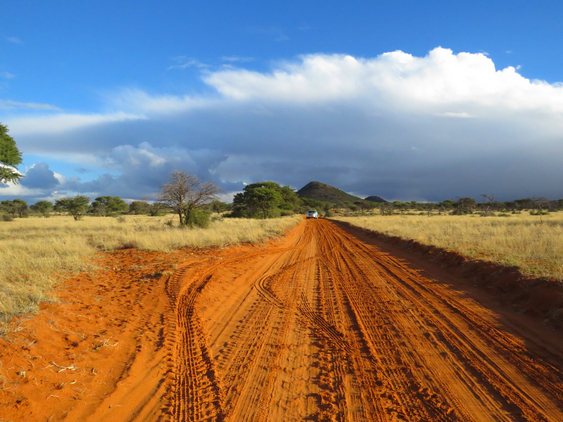 When we first visited, what we weren’t prepared for was the scenery — wild as Kgalagadi and colours as deeply saturated. Lying just southwest of Kimberley, the park is a synthesis of the Northern Cape’s bone-dry air and desert soils. Mokala is Setswana for the camel-thorn acacia, and this was the setting, mingled with lovely flat-canopy umbrella-thorns and a jumble-tumble of small-bouldered rock kopjes, that we drove through to furtively spy on the park’s wild animals.

Late afternoon, low filtering sun gilded acres and acres of rippled yellow grass; binding the grasses was rust-red Kalahari sand. Tiny black spikes poked out of the yellow ocean: it was the horns of seated red hartebeest trying very hard to blend in. Silhouetted on a ridge was a slow bobbing trail of around 50 buffalo, moving steadily like a reticulated coal train. For over an hour we excitedly followed the red-dust flanks of a white rhino; it played hide and seek with us as it ambled from bush to bush, grazing and proprietorially spraying as it moved. 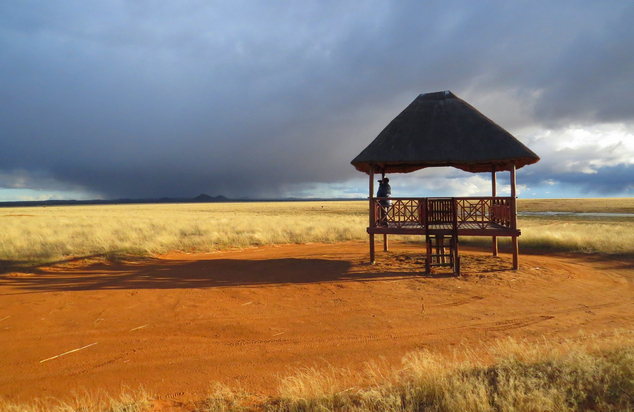 But it was the next morning that got our heartbeat going — we were desperate to see the very rare sable and roan antelope, for which Mokala is becoming known. The three of us set off holding our breath and crossing our fingers. We were dressed like polar bears — it was a frosty 3°C! Even the Discovery was flashing us a snowflake icon. Cruising slowly through dense acacia woodland we rounded a corner, and there they were: at least 20 sable antelope, horns arched gracefully back, tucked into the trees . . . they were everywhere, along the roadside, hiding behind umbrella-thorns, guarding babies, nibbling seed pods, eyeing us out nonchalant and unconcerned. There were bulls and smaller females; young antelope with stumpy horns and half-mast horns; a woolly russet baby with no horns at all. There was even a pair of lighter-coloured and less dramatically horned roan antelope.

In just one visit, Mokala had stolen its way into our hearts. 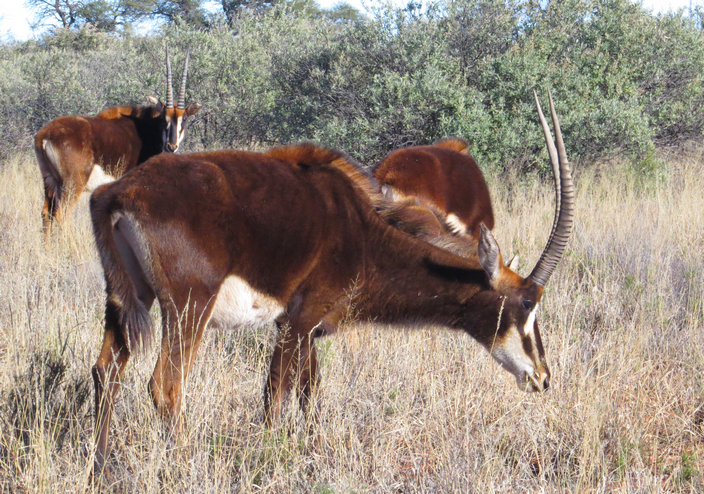 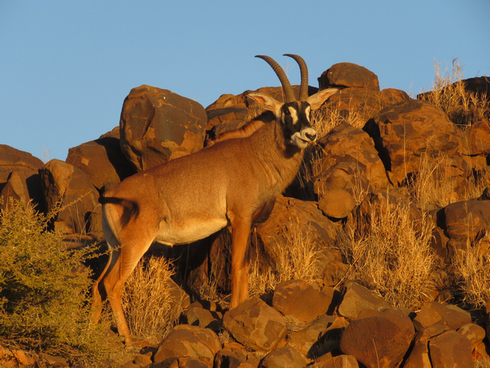 As South Africa’s youngest national park, Mokala’s special role is to present a protective environment for some of our threatened wildlife species. The fascinating story of the sable antelope begins with a veterinary services manager at SANParks who noticed that European zoos were harbouring rare African animals that often no longer existed in South African parks. It struck him that they could be used in the breeding of a new population to reestablish numbers here. So, in 2002, three female sable antelope and one male were sourced from the Netherlands, then a group arrived from the Czech Republic, and later also from the UK. From this breeding herd eventually nine females and two bulls were translocated to Mokala where, by 2010, numbers had risen to 23 sable antelope. Today, though, sable are having less success than roan, not adapting as well and also falling prey to disease. So when you do encounter a sable antelope, treat it as special! 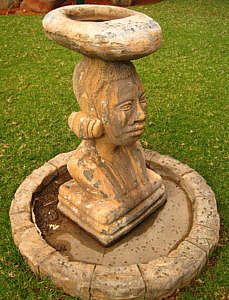 If you liked this, you will enjoy the FREE downloadable full-length article on Mokala here