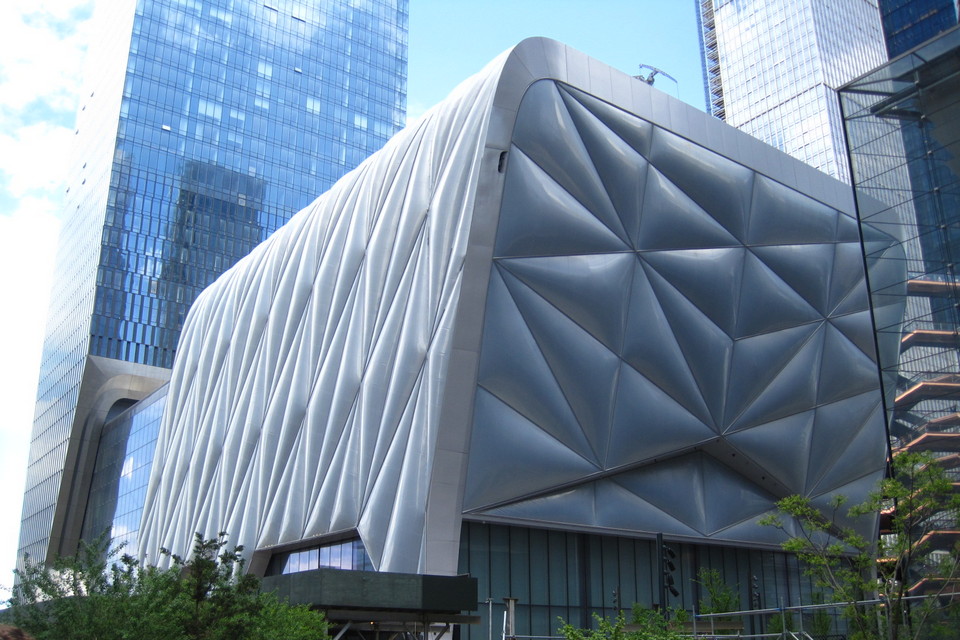 It constantly amazes me that an abandoned, derelict series of railway tracks can be so utterly transformed that it has set into motion its own building boom. In the meanwhile it draws a constant pitter-patter of hundreds of thousands of feet across its concrete plinths, whatever the time of day, whatever the weather. (Don’t think that if you get there early, you’ll miss the crowds. Too many people thinking the same as you.) The extent of the construction work going on here is staggering … luxury apartment block after luxury apartment block (who’s going to populate them??? Who can afford it?) with diggers and jack hammers and giant cranes swinging overhead as you amble. That said, the architecture along here is jaw-dropping … witness the pillow-style facade above. 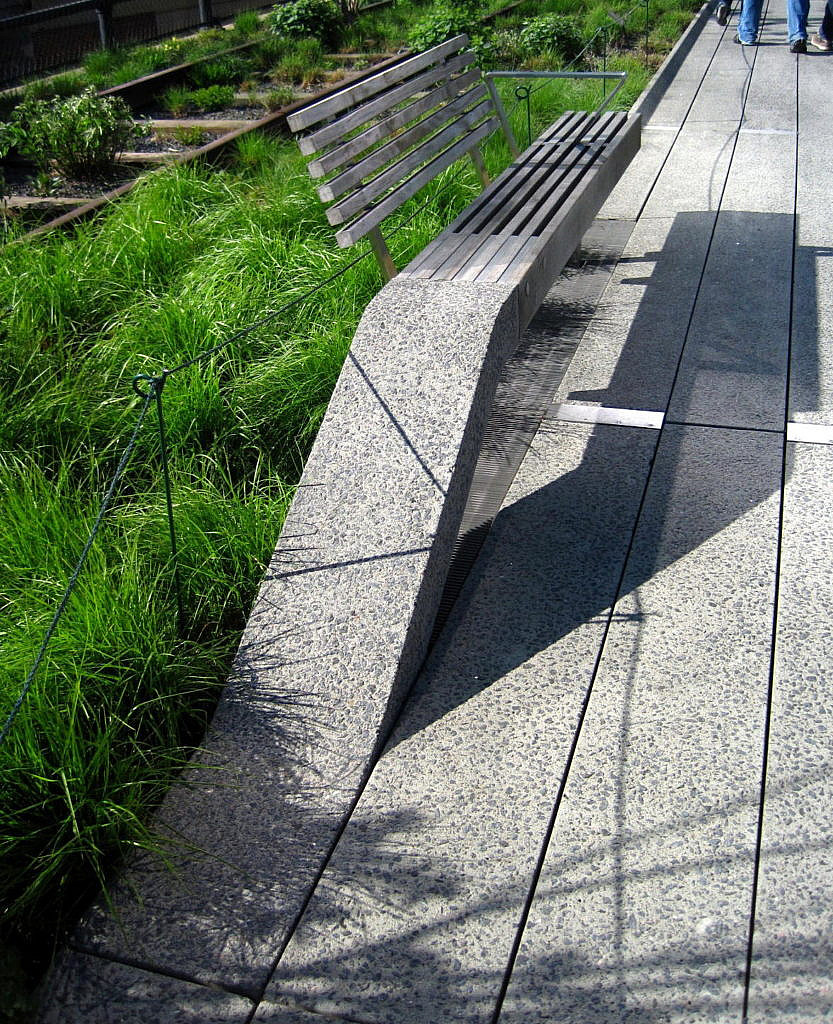 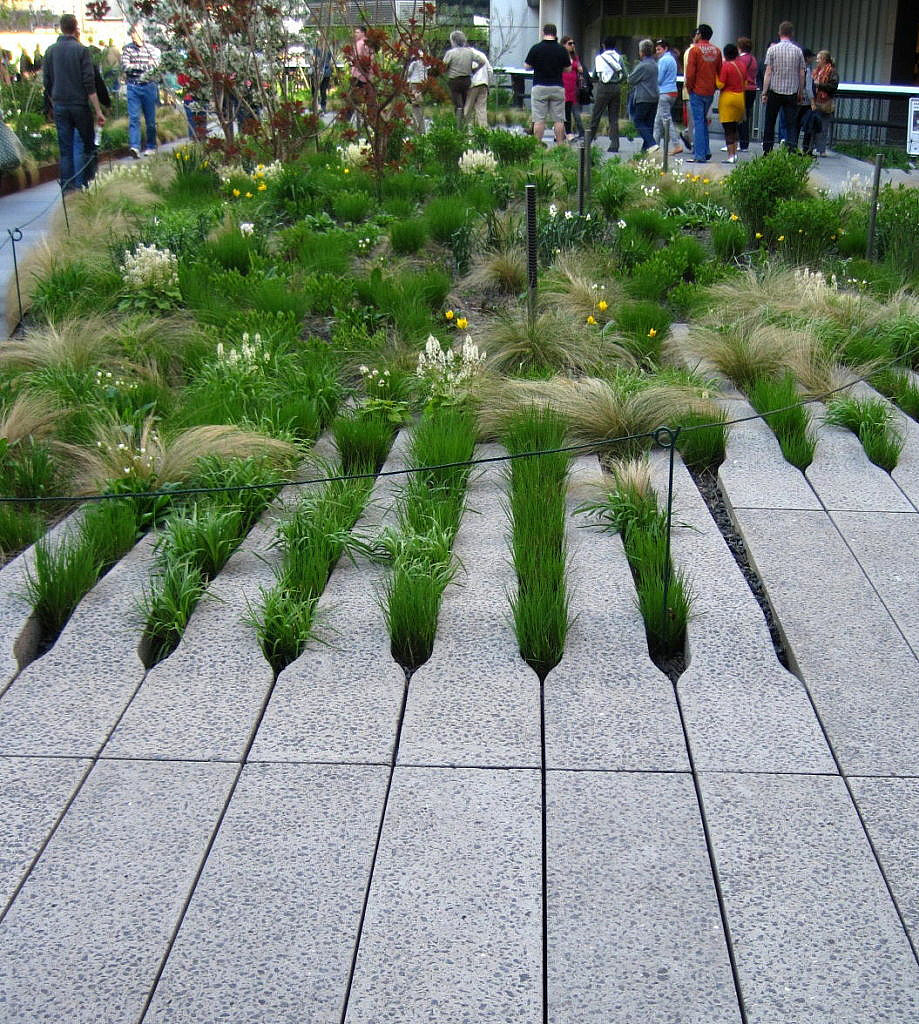 There is also an ingenious use of concrete plinths alongside the rail tracks; suddenly one subtly rises to form a bench or is gently prised open to allow plants to sprout out from the cracks.

As for the Highline, now 10 years old, it is a continuously changing landscape. Plantings, often self-seeded, flourish and flower and die with the seasons. The Planting Designer of the Highline is quoted as saying “Brown is a colour also.” And brown you see, in amongst the trees and evergreens and mophead grass mounds, as flowers and grasses pass through their life cycle. 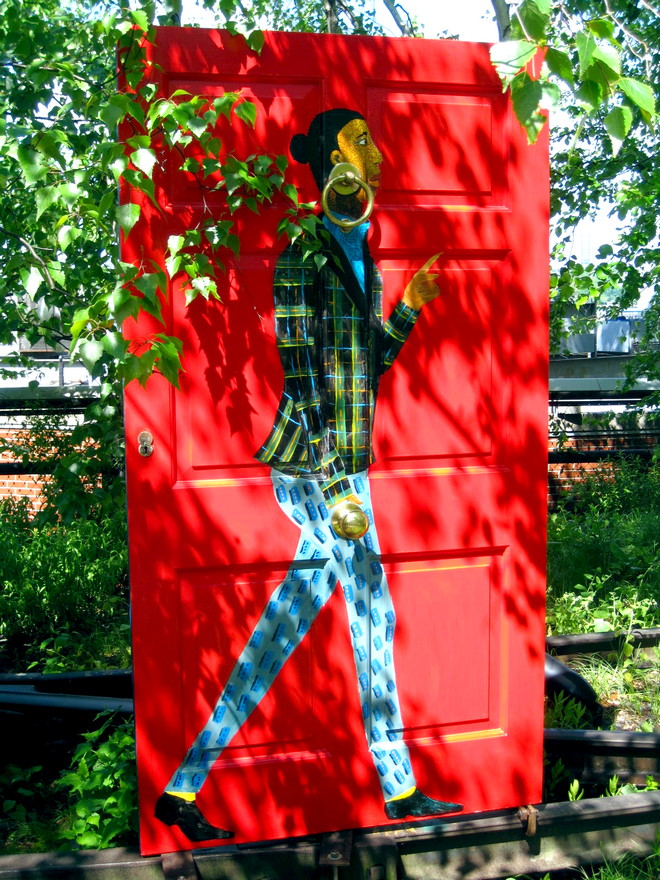 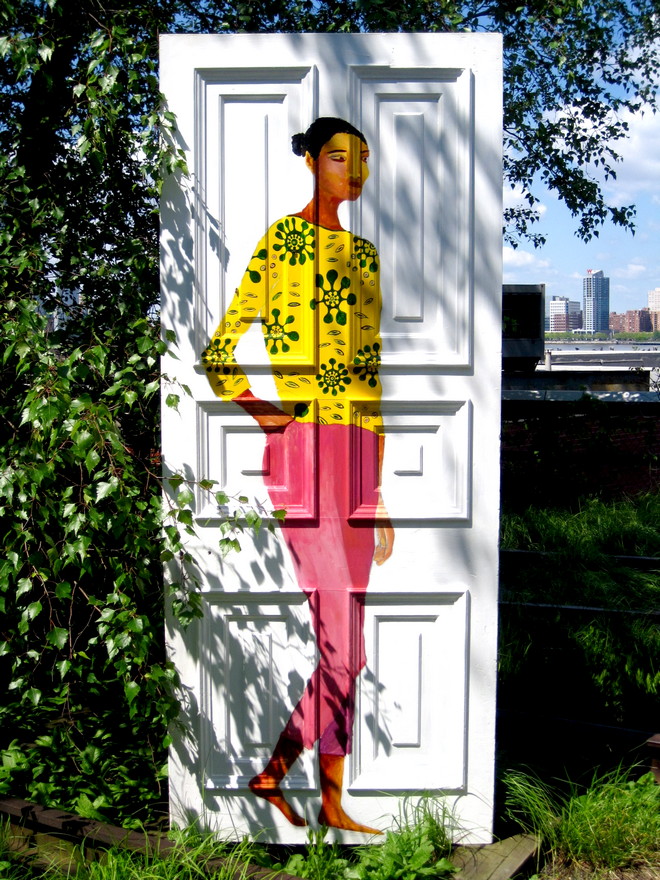 A lady after my own heart … those earrings are sensational. This is part of an outdoor art installation called “En Plein Air” which explores a tradition of painting outside. The doors, called “Five Conversations” depict people from different walks of life. 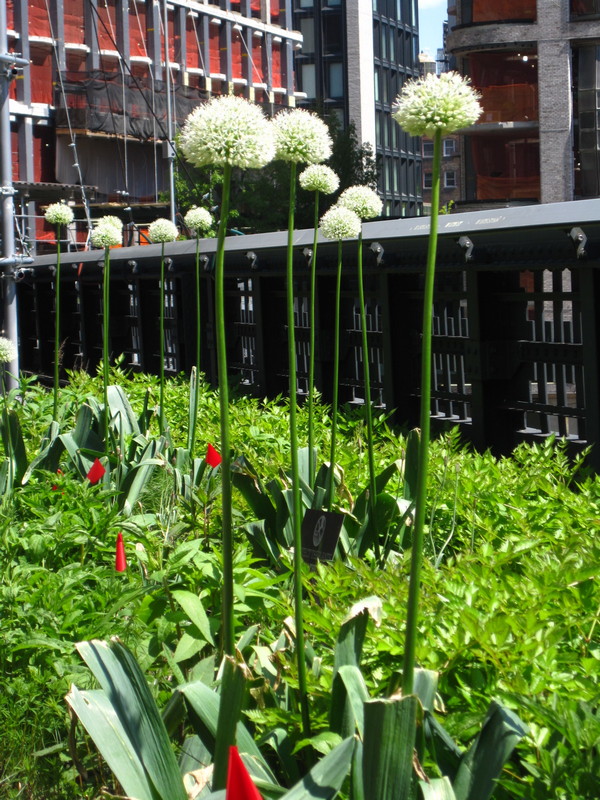 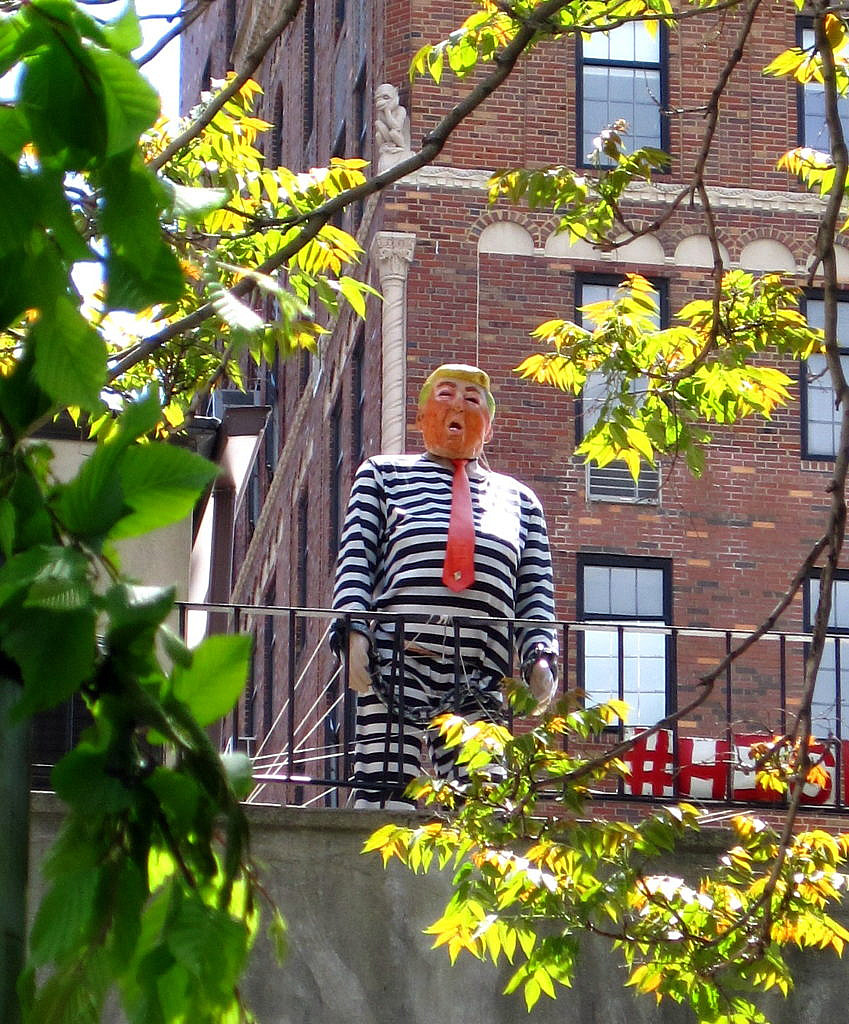 There are glimpses of all sorts of interesting things … even Donald Trump (in a prison uniform) appears in a spurt of protest by a group of residents. Freedom of expression thrives on the Highline. 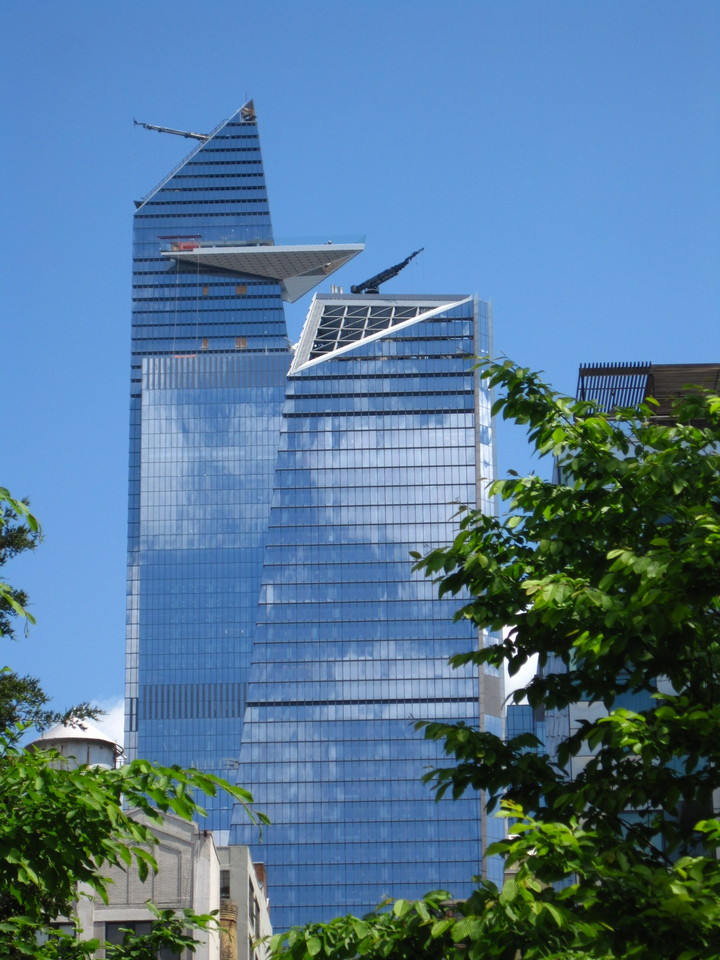 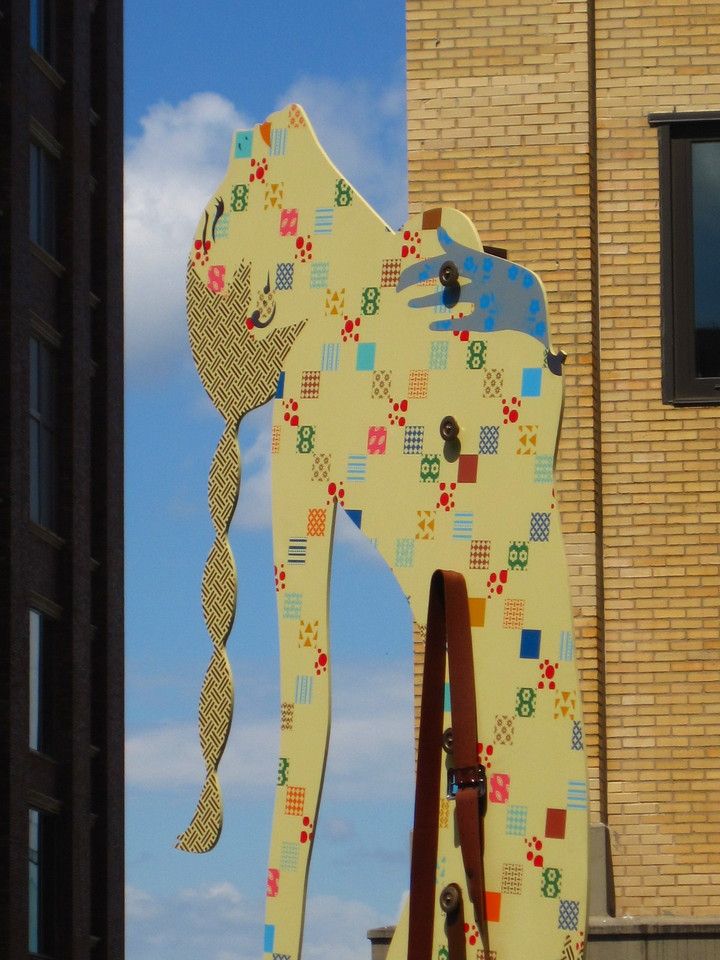 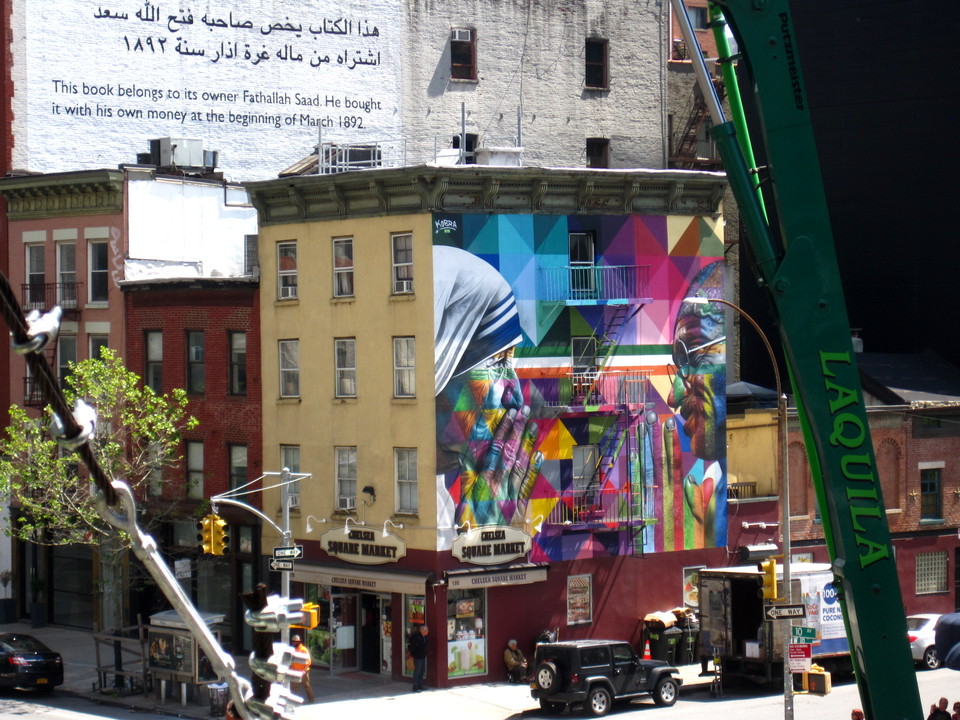 Brazilian street artist Eduardo Kobra (he’s most famously recognised by his last name) spent 5 months creating 18 murals around New York. His goal, through his trademark kaleidoscope colours, always is to promote peace and social justice, and to fight racism and violence. This project took 5 months and was, he said, filled with challenges.  His “Colors of Freedom” series features a whole array of personalities, from musicians and artists to Einstein, Gandhi and Mother Teresa. 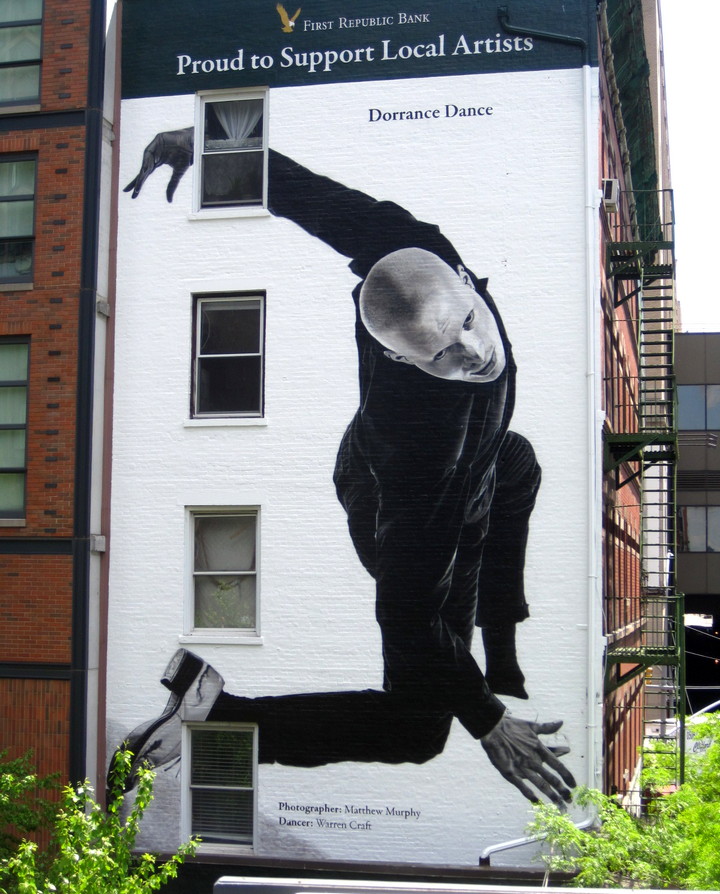 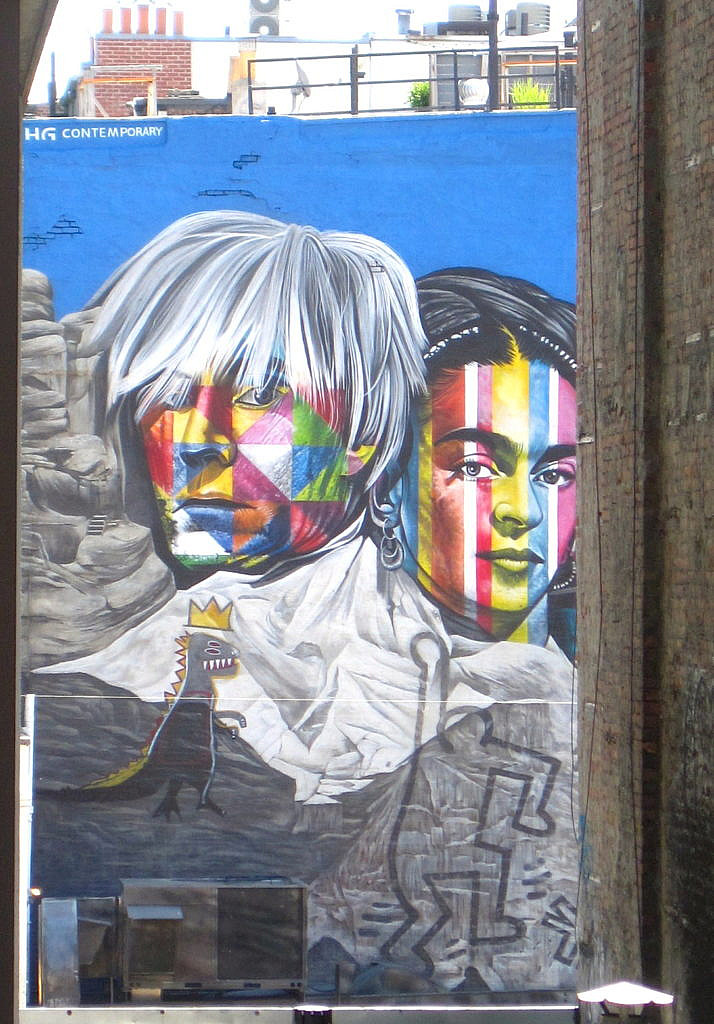 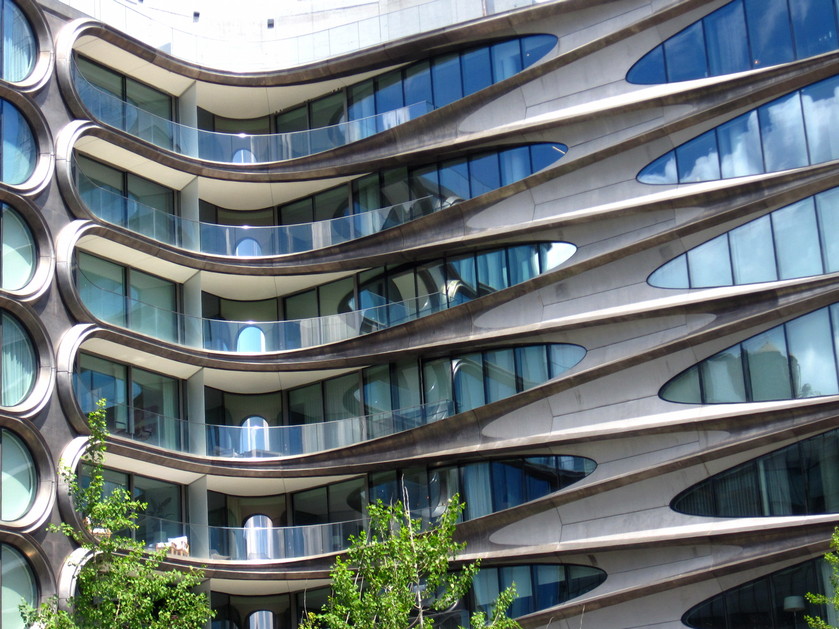 The Space Age is upon us, particularly in architecture.

And now the Highline extends all the way to an industrial area called the Hudson Yards, where a gigantic bronzed spiral staircase, called “The Vessel”, sits in the middle of an open square. (Surrounded of course by a glam shopping precinct with high fashion stores, coffee shops, bakeries and restaurants.) And soaring luxury apartments. So if you need a good walk, the Highline paths and plantings today stretch from the Meatpacking District, around 12th Street, to 34th Street. 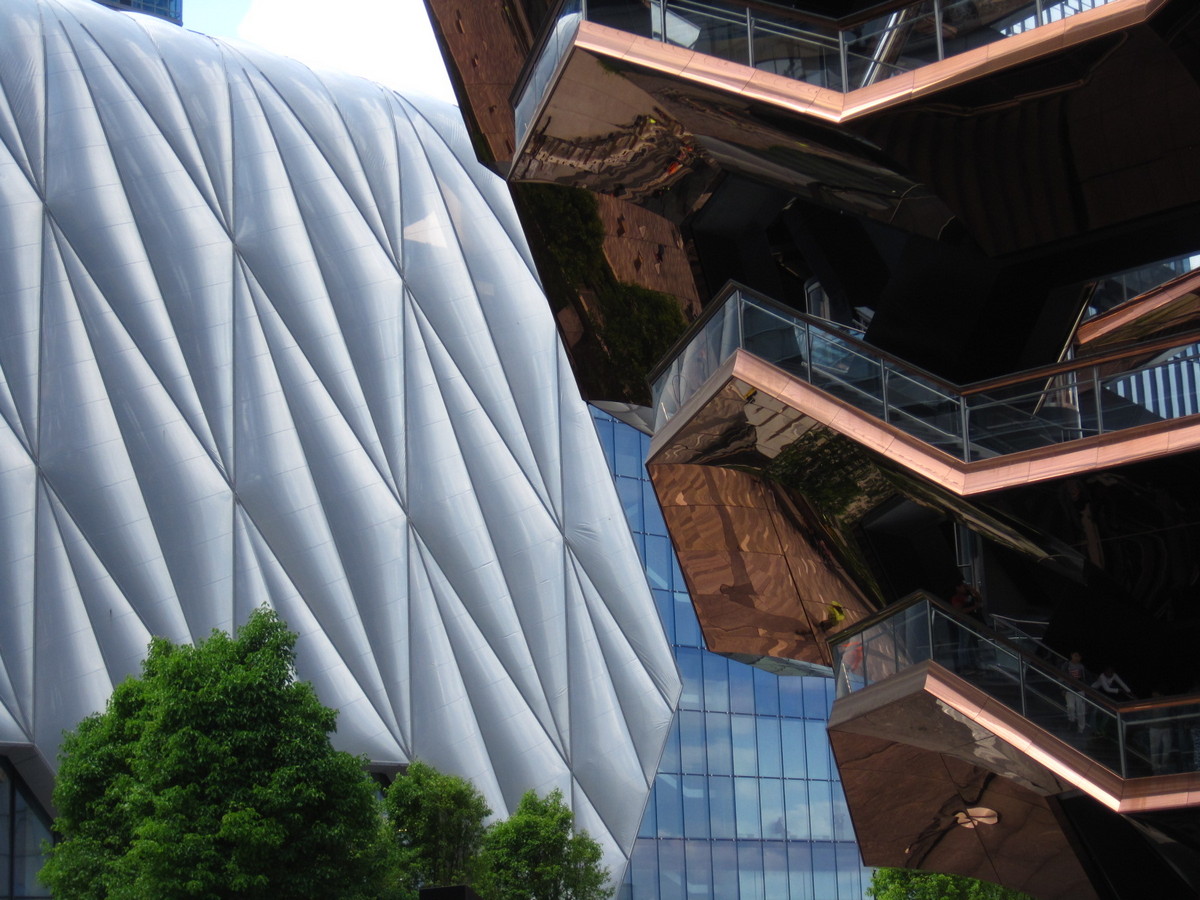 Because you’ve already seen the Vessel in Hirsh’s Facebook post, I give you different perspectives. But just see how the architecture of New York City combines and melds and confounds the eye. 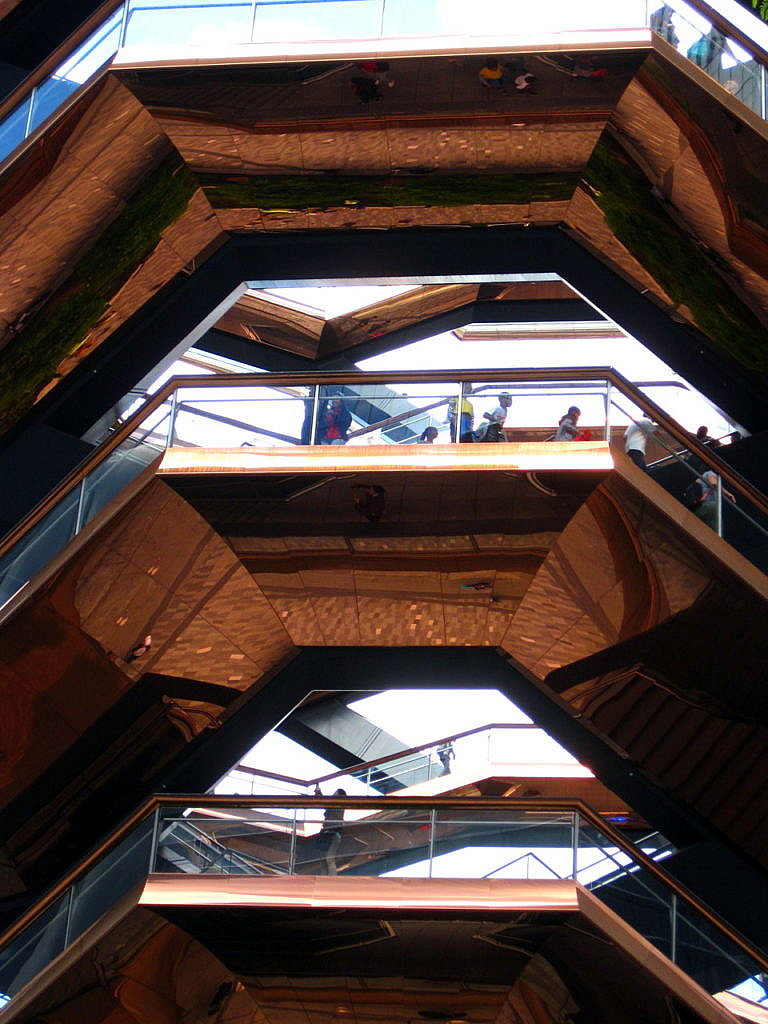