What strikes you about New Yorkers is the yadda-yadda-yadda. It’s constant. Everyone walks around with a white golf tee hanging out their ear; everyone is hustling or in the throes of clinching a deal. They bark into their phones — held horizontally like Kim Kardashian — or they talk to themselves (they have an earpiece) or they’re bending someone else’s ear. They’re either trying to get in somewhere (a company, school/university, programme, theatre production) or they’re being hustled (head-hunted, bullied, ignored, facing competitive rivalry) — or they’re self-analysing (themselves, others). 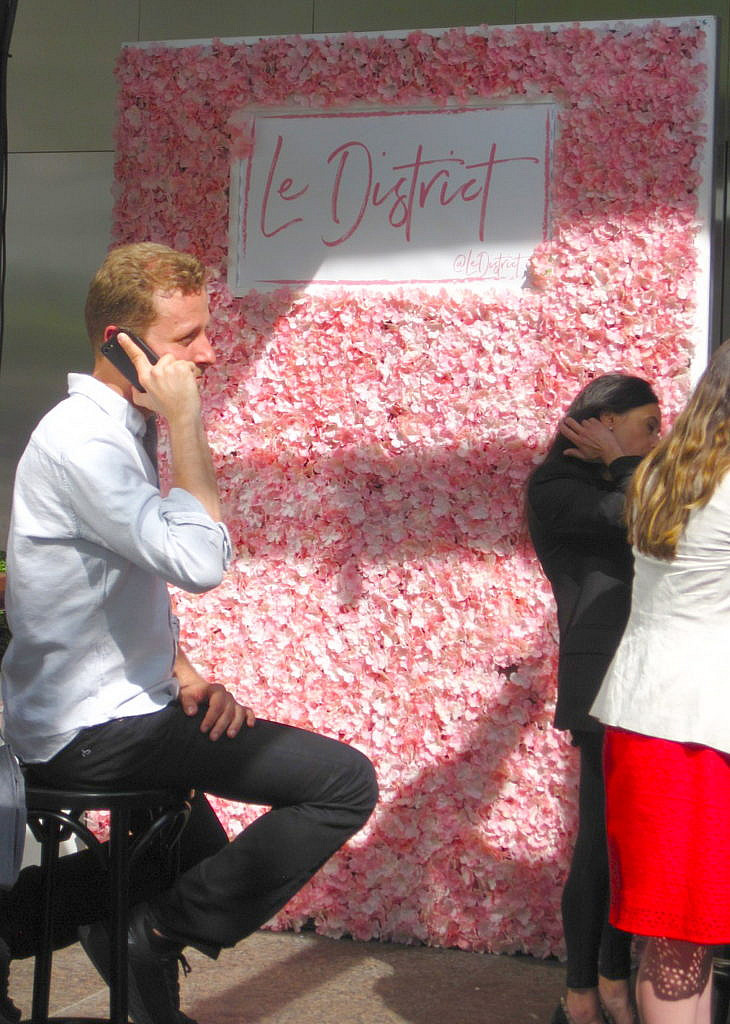 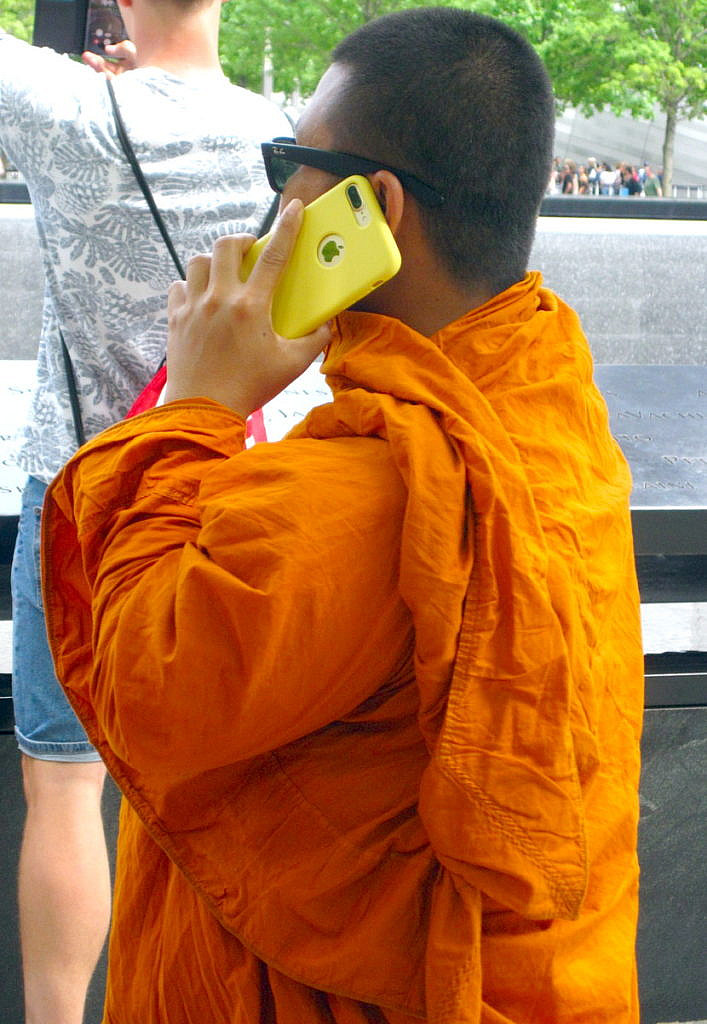 Wherever we are, there the yadda-yadda is … even Buddhist monks get to do it. Le District was the cool bar we rested our feet at (and imbibed a glass of chardonnay or two) after walking from one end of Manhattan to the other … well, almost. Our view was the yacht basin outside the Winter Garden. 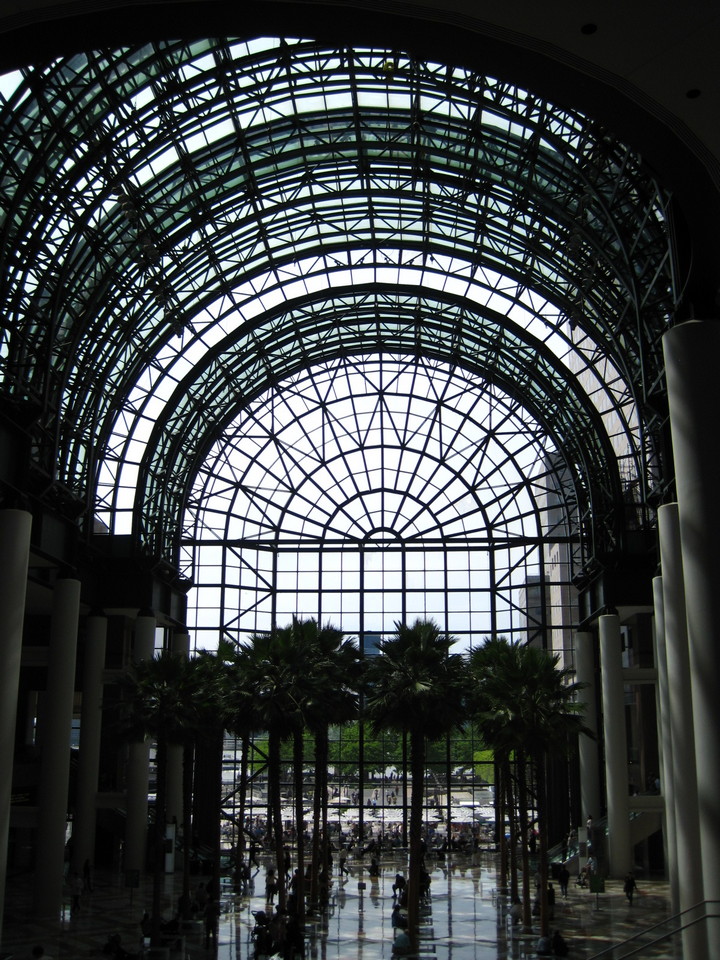 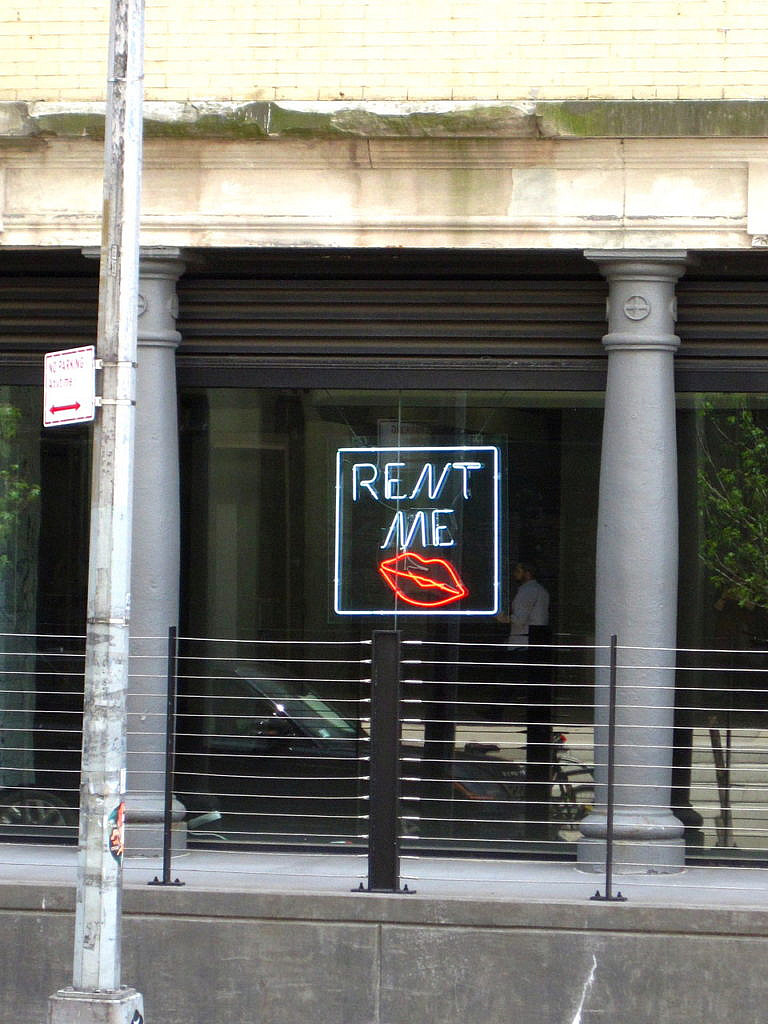 Graphic lines from inside the Winter Garden; those trees are extra tall palms. Above right  A novel way to sell retail property.

Remembering a loved one who was lost on Sept 11, at one of the building-footprint waterfalls at the new World Trade Center. 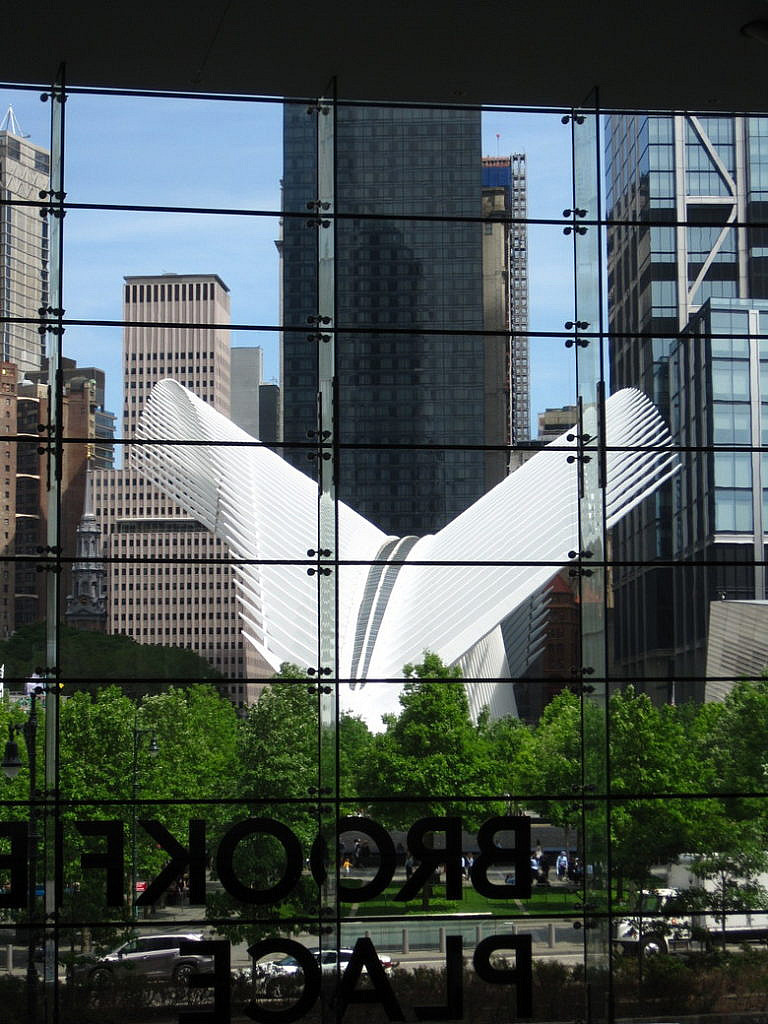 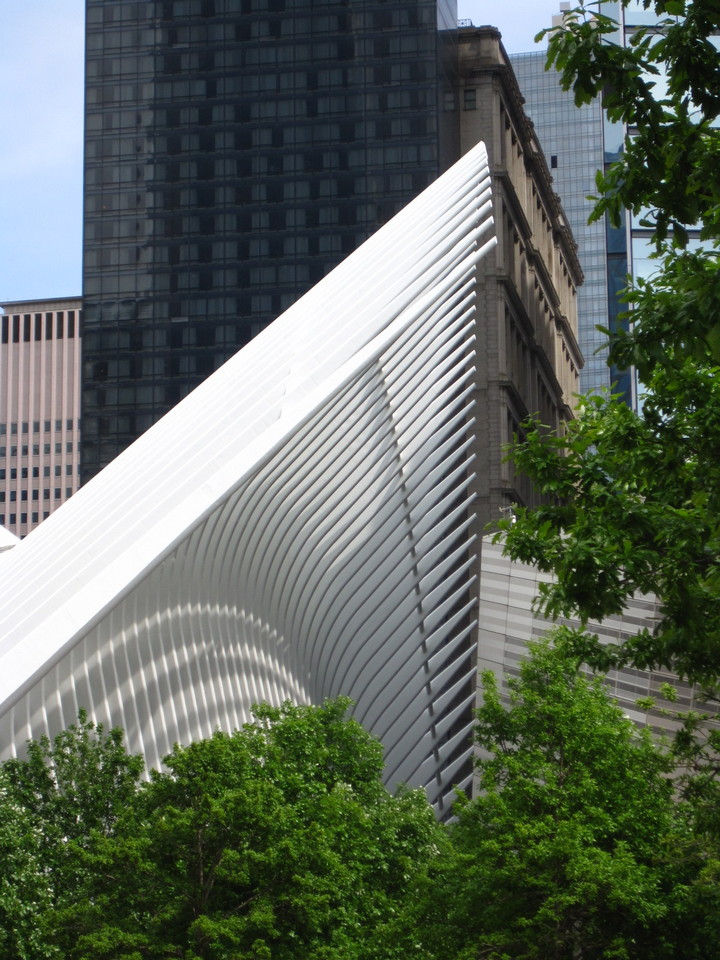 I present to you the World Trade Center Transportation Hub, designed by Santiago Calatrava and named “Oculus”. His vision was to design a structure that would symbolise a dove released from a child’s hand. Inside, a 335-foot-long skylight forms a central rib to the dome (below right) and every September 11th, at exactly 10:28 a.m., the skylight is opened to allow light to fill the main hub of the transport hall — this is the moment that the North Tower collapsed on 11 September 2001. The Oculus is also a symbol for how light continues to shine through after the darkness of that tragic day. The term “oculus” is from Latin, meaning a round or eye-like opening. 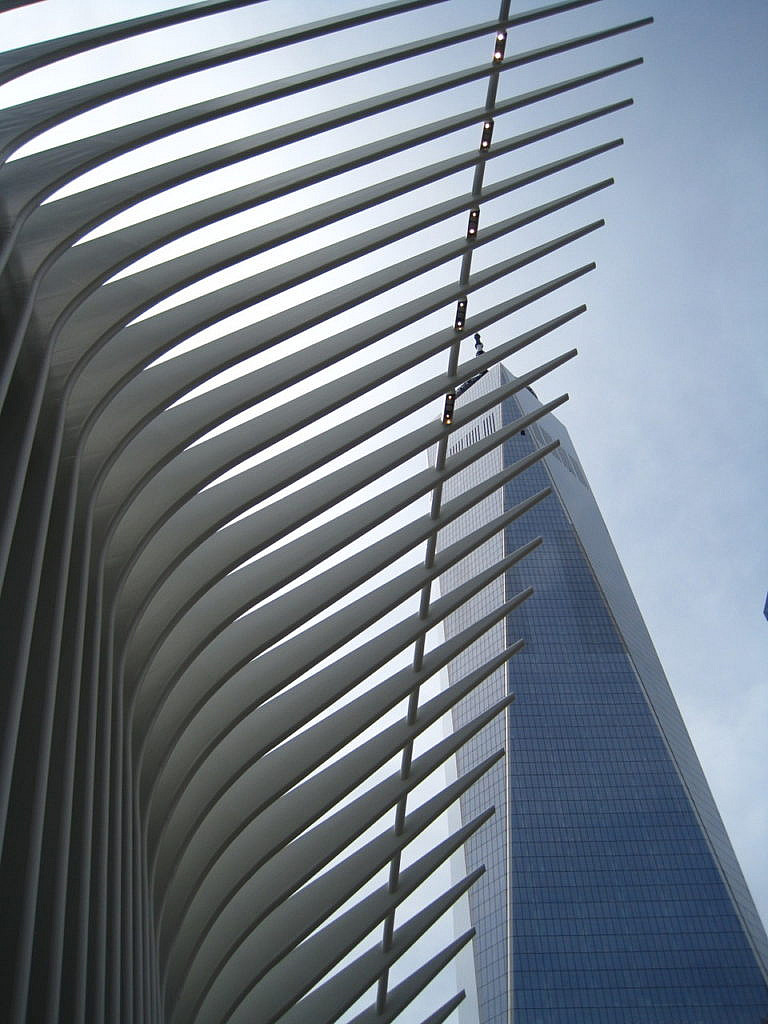 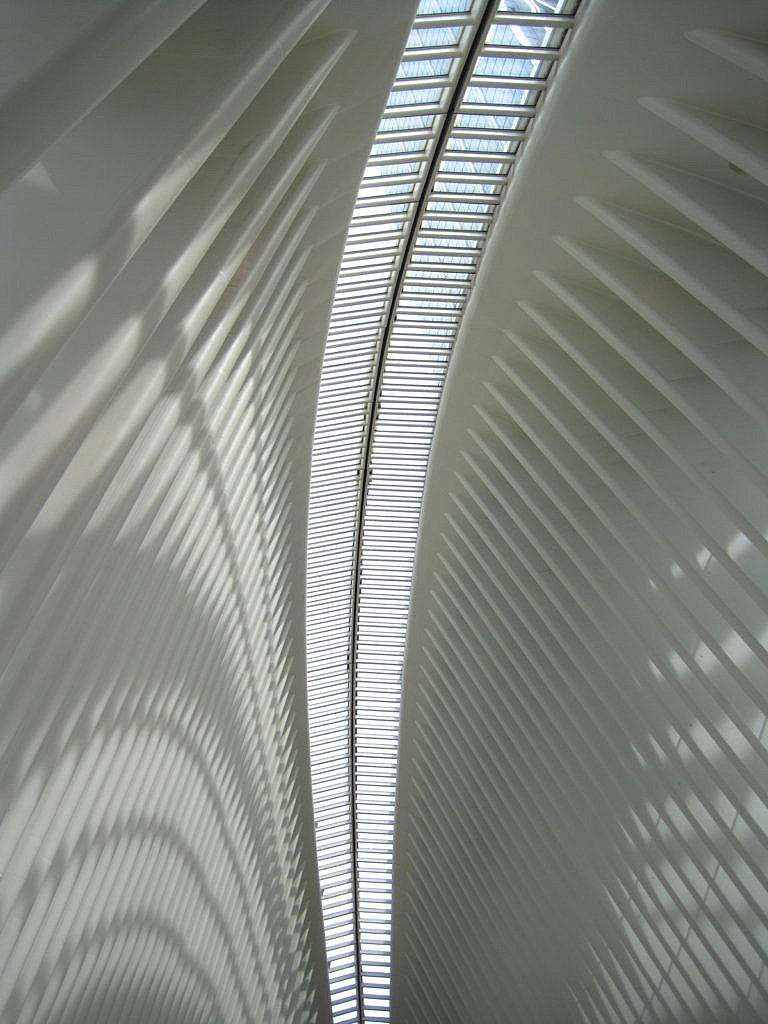 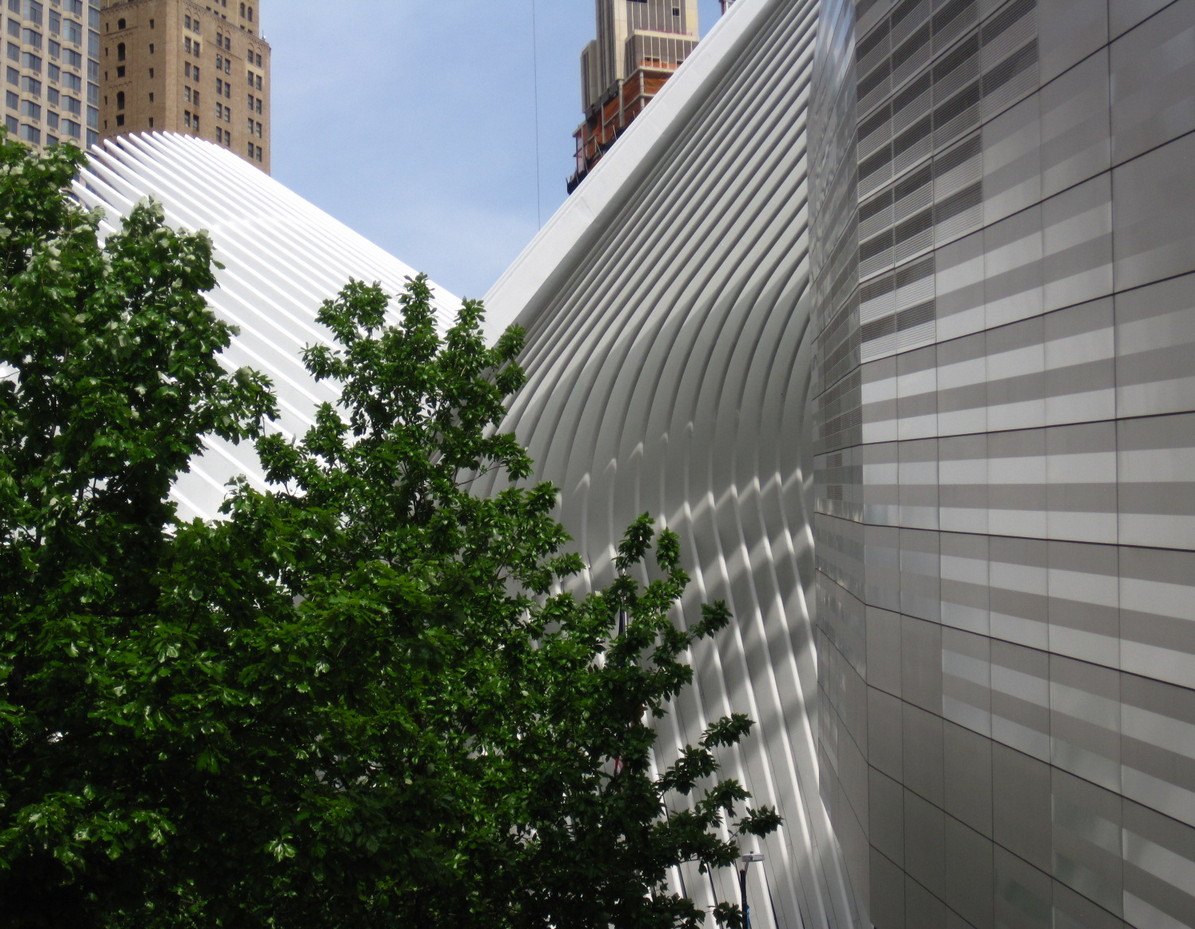 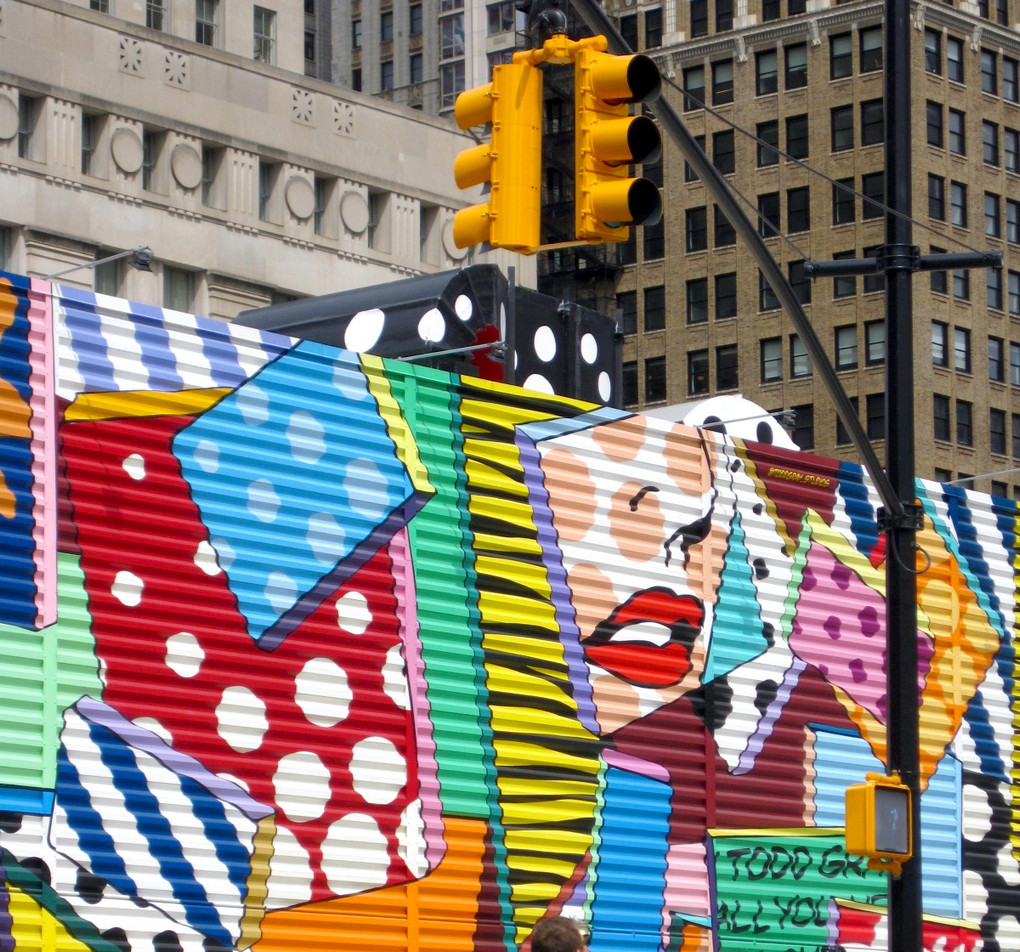 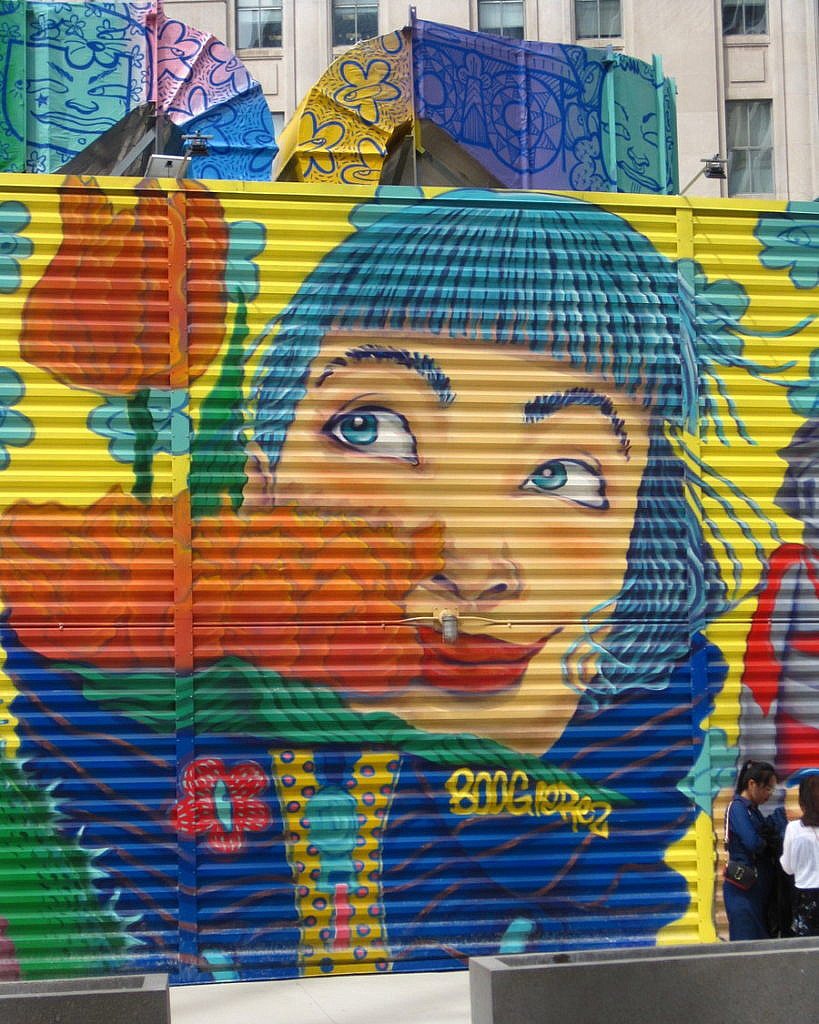 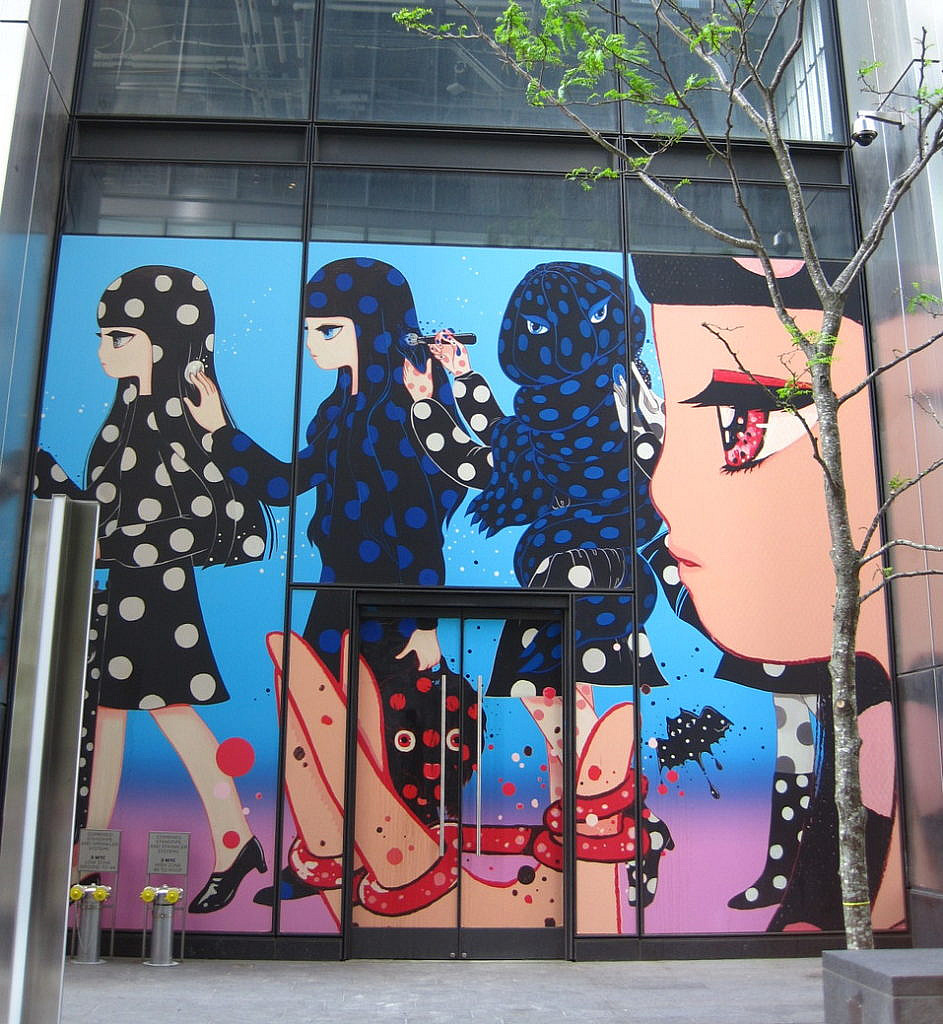 Bright and beautiful street art on the hoarding outside and around the World Trade Center.