How fortuitous that we chanced upon an exhibition featuring a 3-in-1 … the crazy Spaniard painter Salvador Dalí, American Pop artist Andy Warhol, and Art Nouveau illustrator Alphonse Mucha. Granted, it was mainly posters, illustrations, postcards, calendars and so on, but we were excited nonetheless. 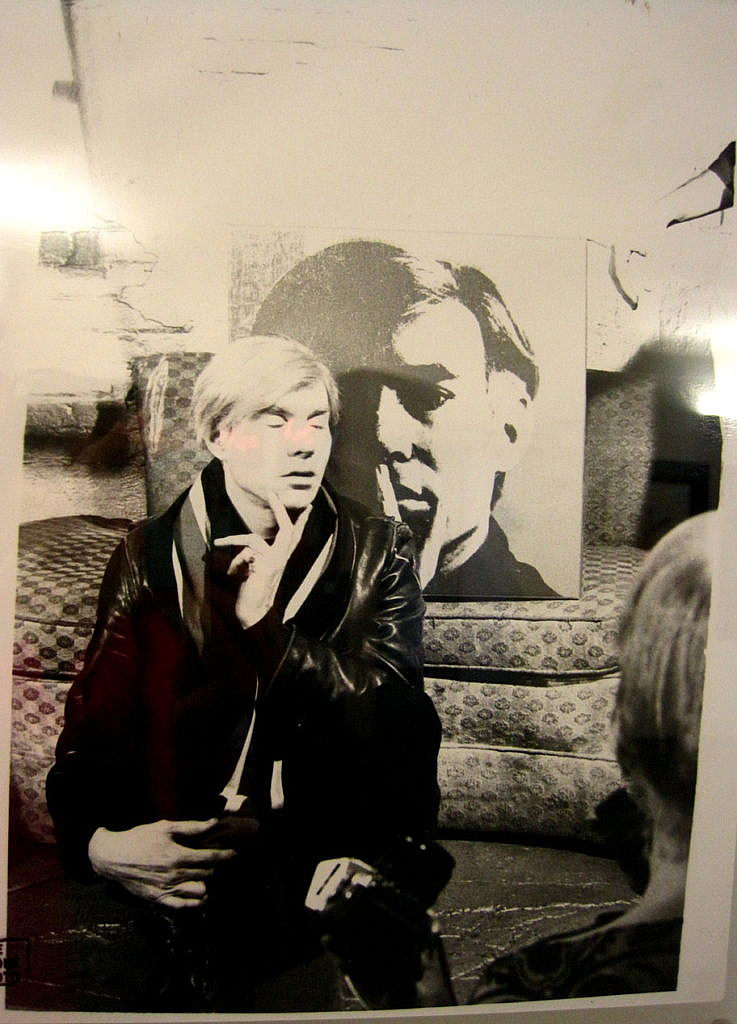 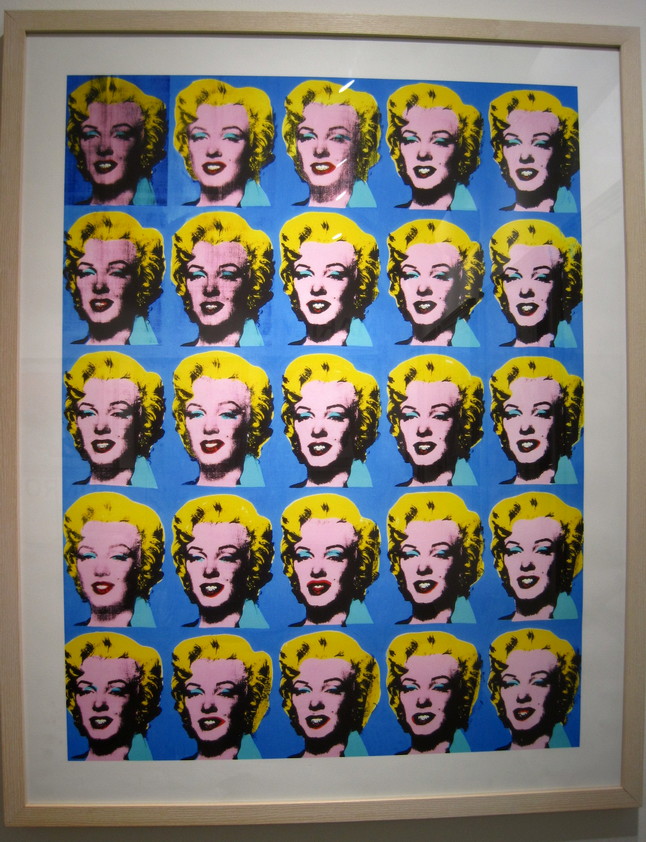 Andy Warhol’s silkscreens of famous personalities (where he introduced the idea of mass production to the art world for the first time) are among the most recognisable of his artworks.

Something I didn’t know was that Andy Warhol’s parents were Slovakian (Warhola), although he was born in Pittsburgh, USA. When he eventually moved to New York City, he began his artistic career as an illustrator in magazines and advertising. Later he made his name as a painter, graphic artist and film-maker (we watched a couple of his black-and-white films … generally a couple of Sixties individuals staring blankly at the camera for interminable minutes, and a concert where he constantly zoomed his lens in and out — very avant-garde film techniques, so they claim), and extremely dizzying. 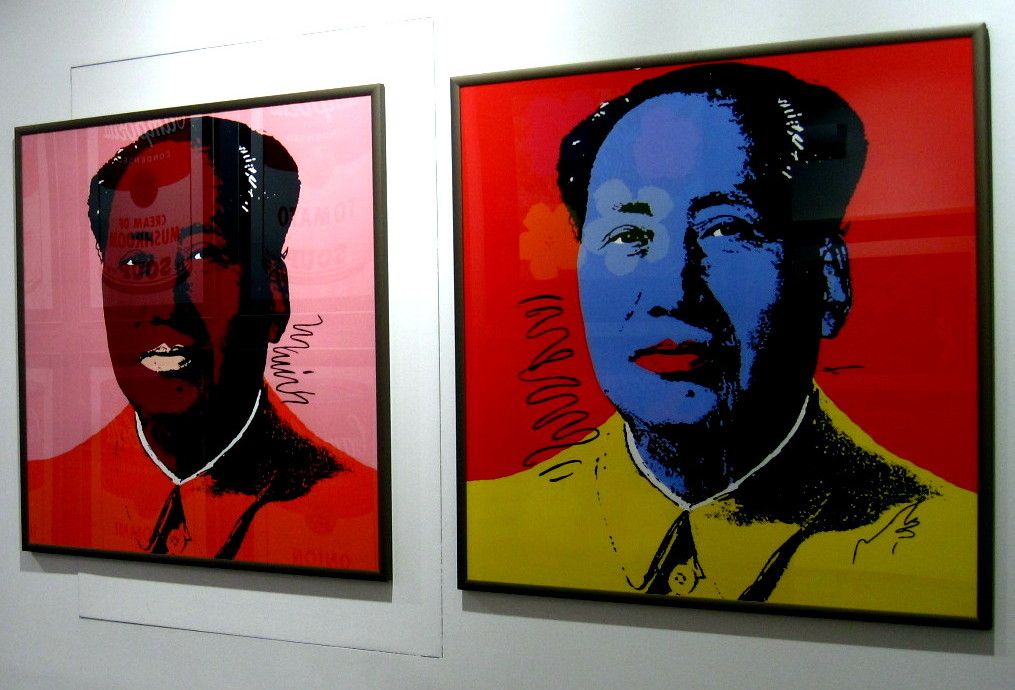 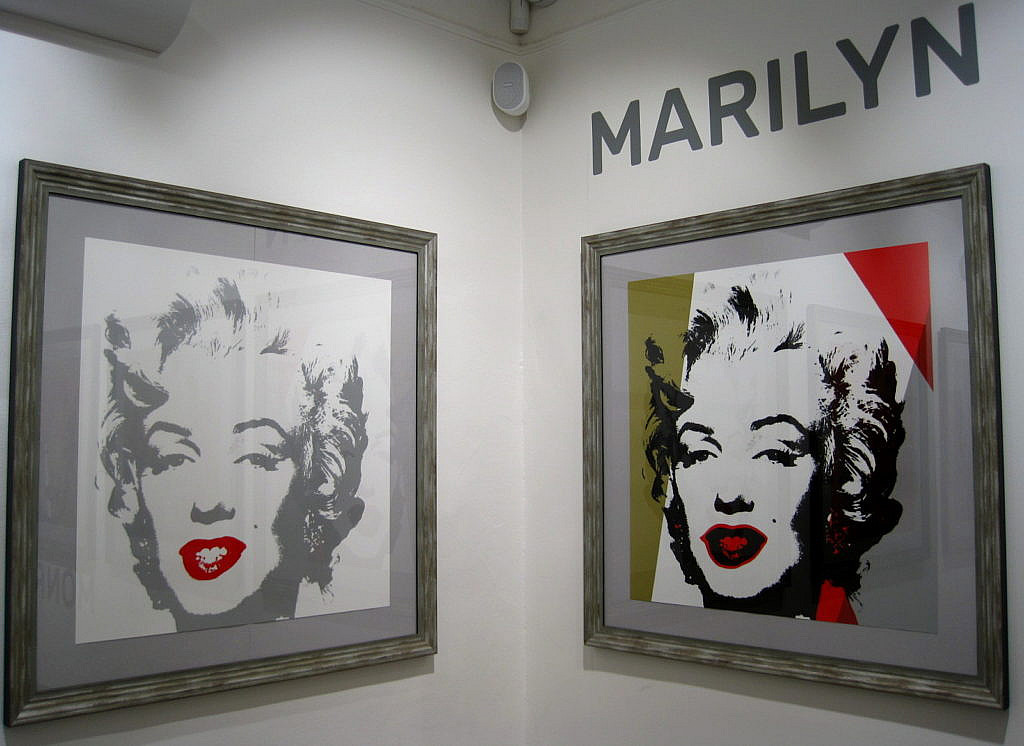 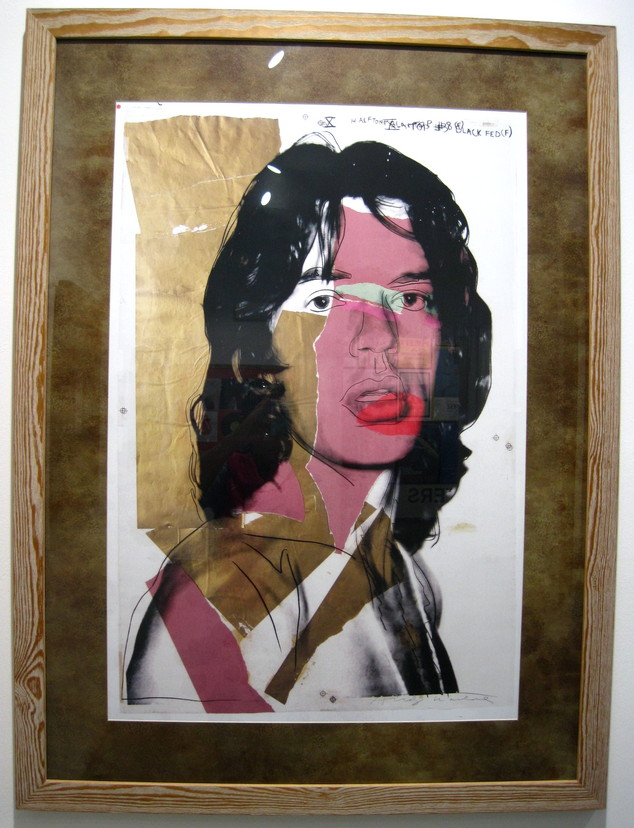 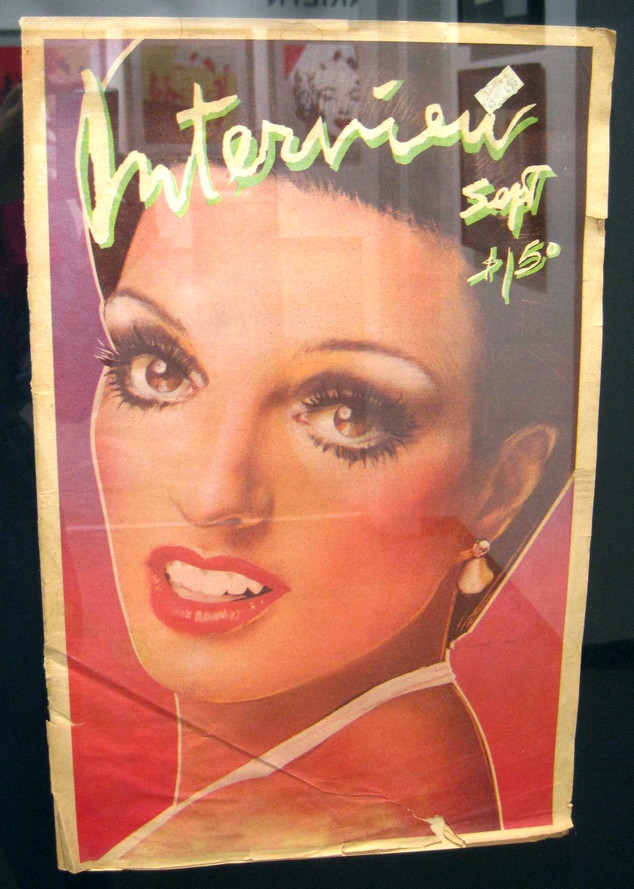 Above Mick Jagger and Liza Minnelli. Andy Warhol designed the cover art for the Rolling Stones’ “Sticky Fingers” album. His fame as an artist mainly derives from the fact that he chose to illustrate mundane objects from daily life, which the masses identified with (remember Campbell’s soup cans?).

Salvador Dalí, on the other hand … no-one’s ever denied he was a crazy person although he famously said: “The only difference between me and a madman is that I’m not mad.” Just take a look at his paintings, though, whose style was initially influenced by Futurism and Cubism, and later became known as Surrealism. 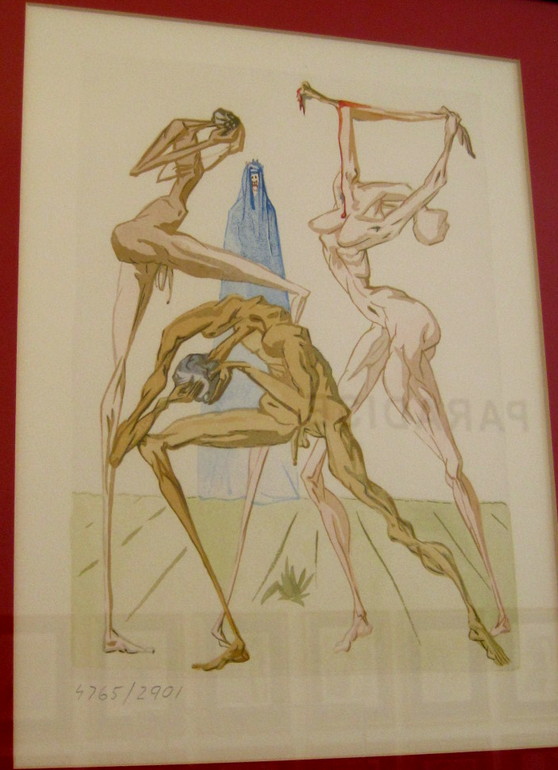 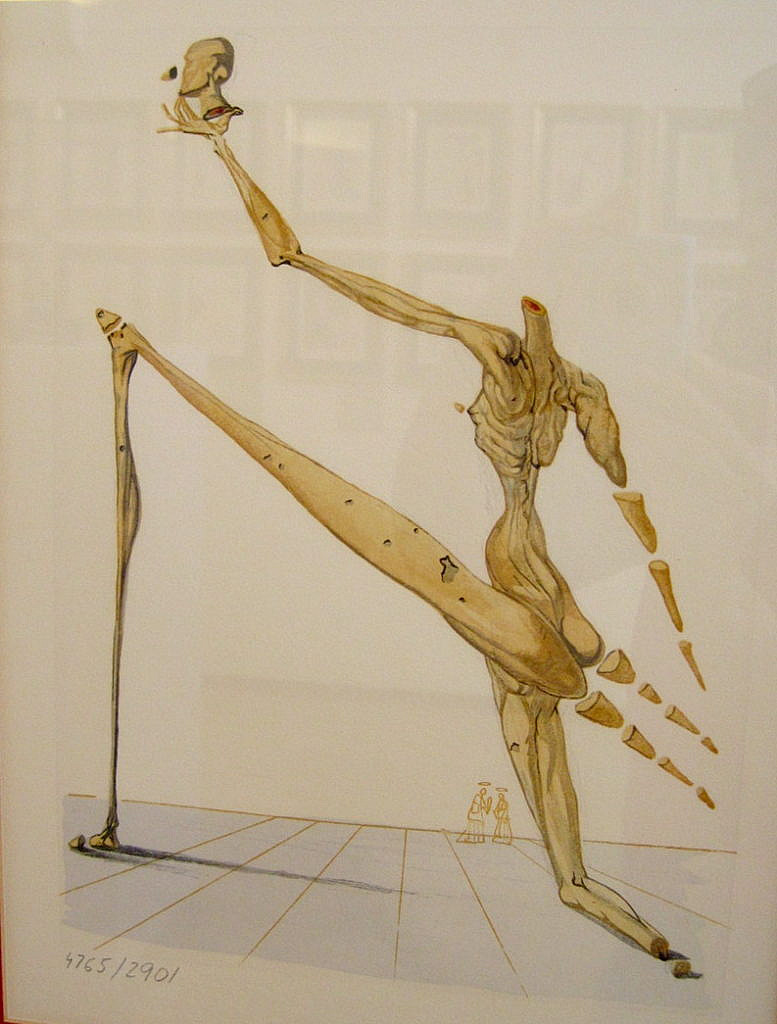 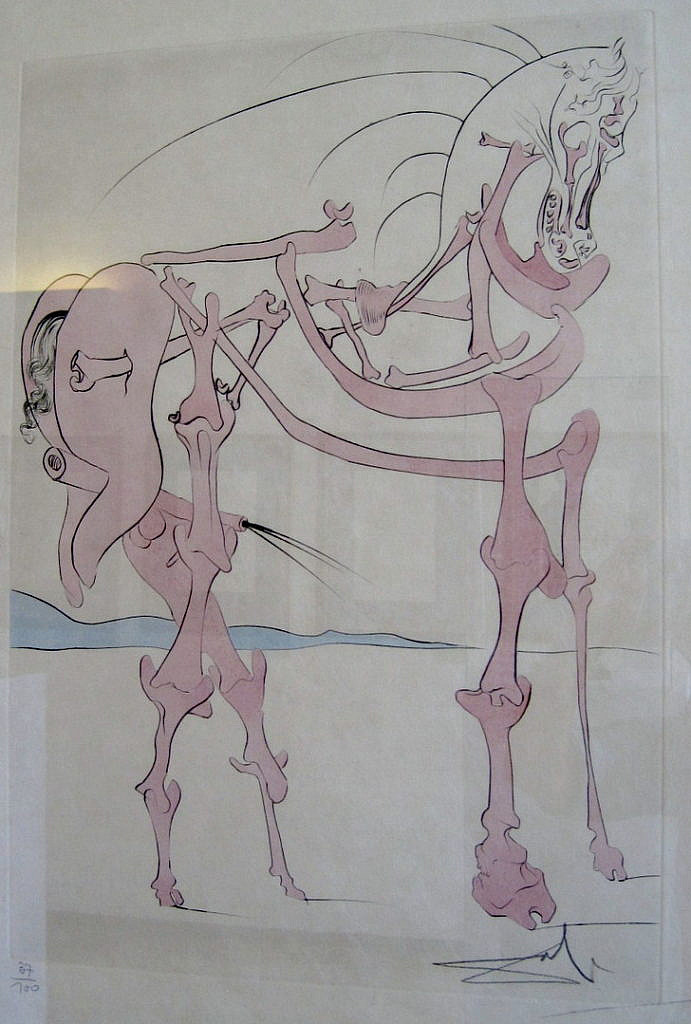 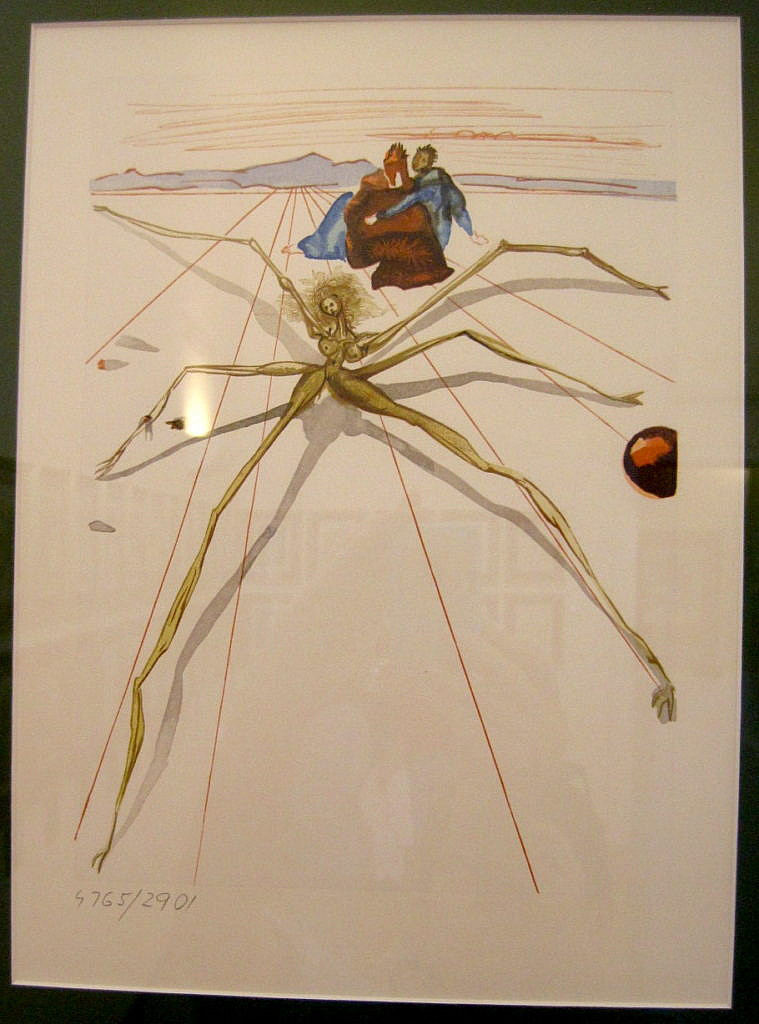 Dalí relied on free association and the dream world for his inspiration, and he used a number of symbols in his art, the most famous of which include an elephant on long spindly legs (see our Instagram page!) and the melting watch, symbolising Albert Einstein’s theory on the relativity of time. 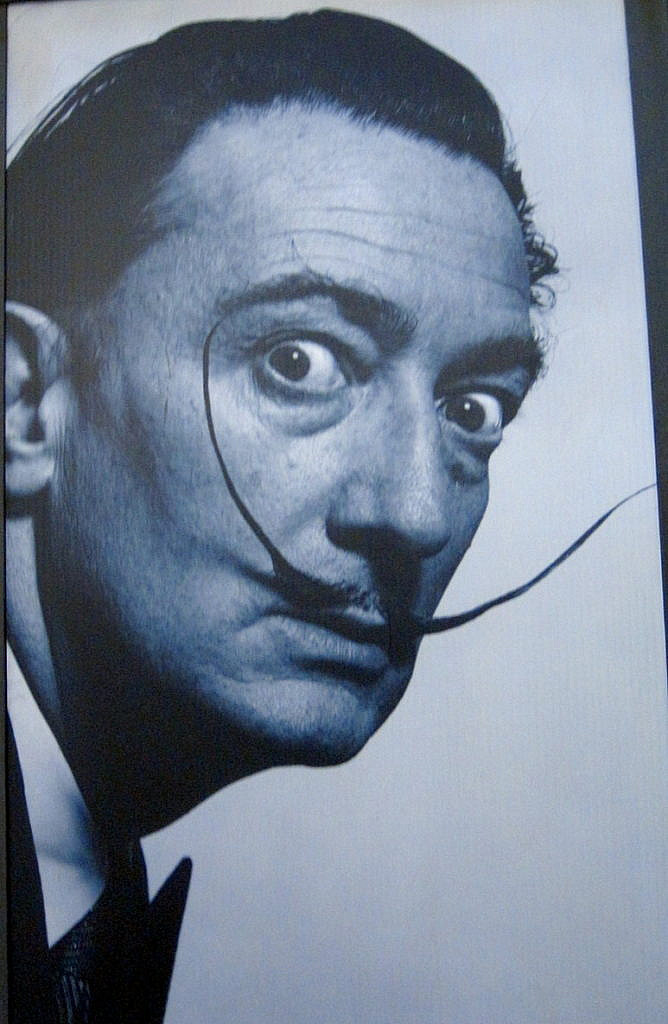 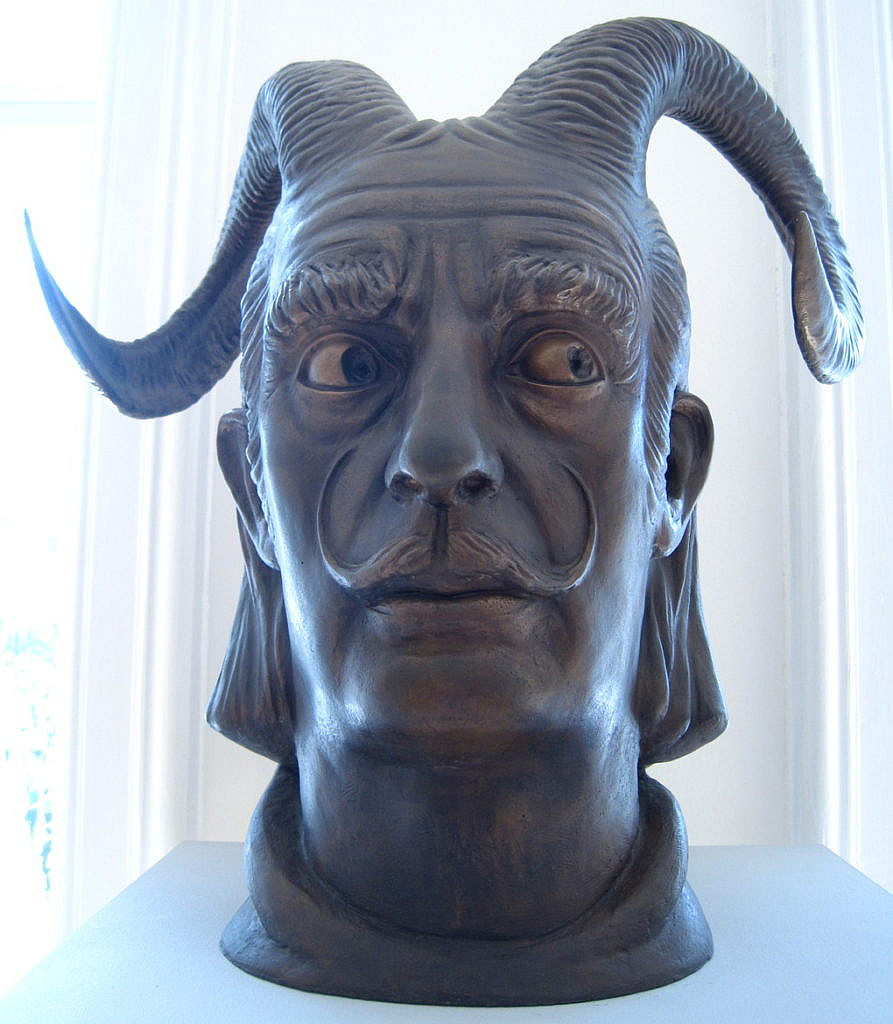 Ze crazee madman himself. He did do some relatively normal stuff too, though, like his Lady Godiva and Trojan Horse below. 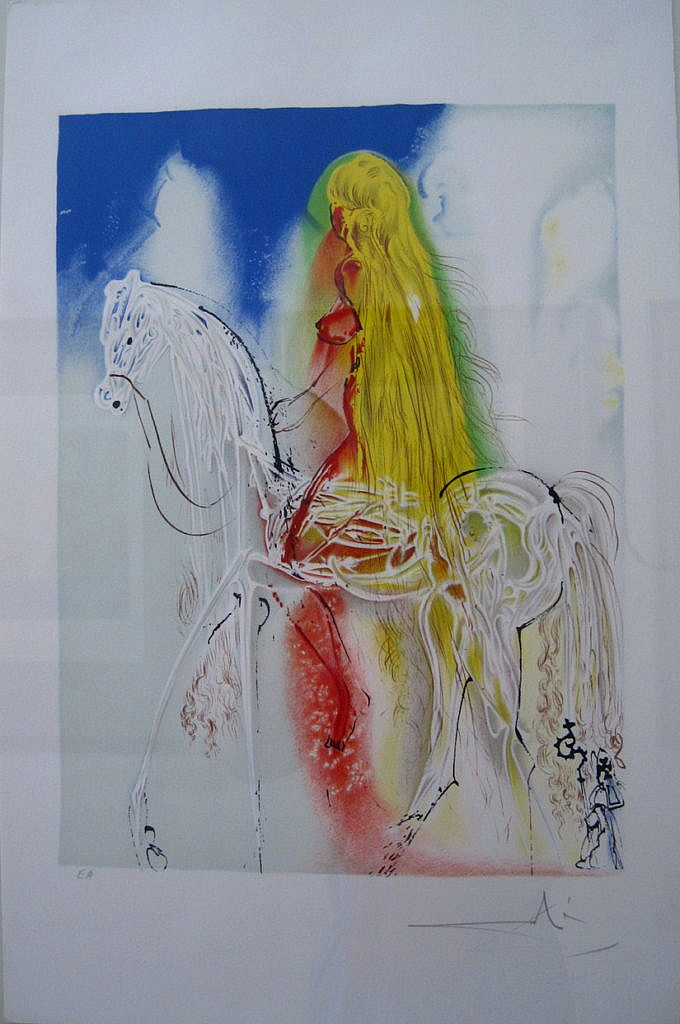 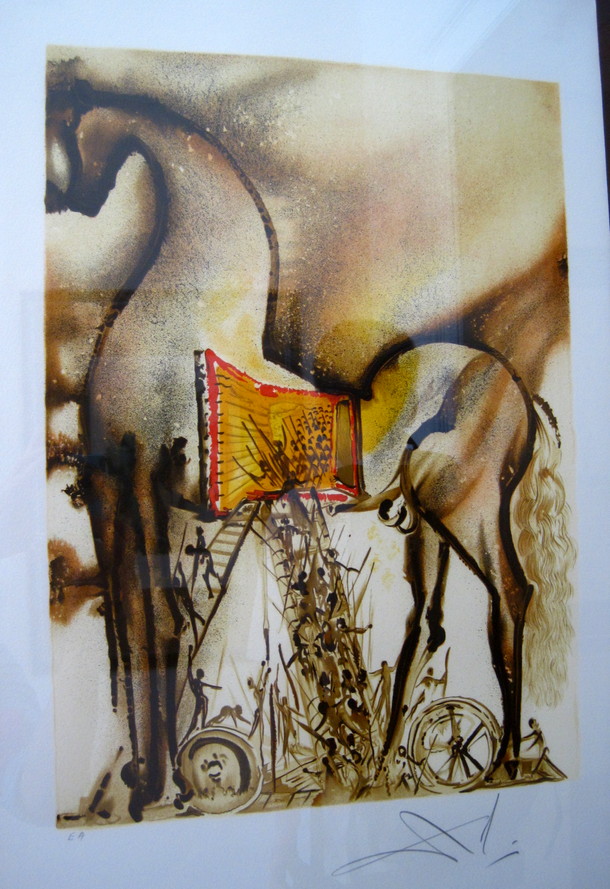 And then on to a gentler, more decorative artist, Alphons(e) Mucha, born in Bohemia in the then Austro-Hungarian Empire. He led a difficult artistic life, relying on the support of art patrons who often let him down. But he is most recognised for his extremely detailed, flowing, curly decorative style which he put to good use in calendars, posters, menus, magazine covers and leaflets. 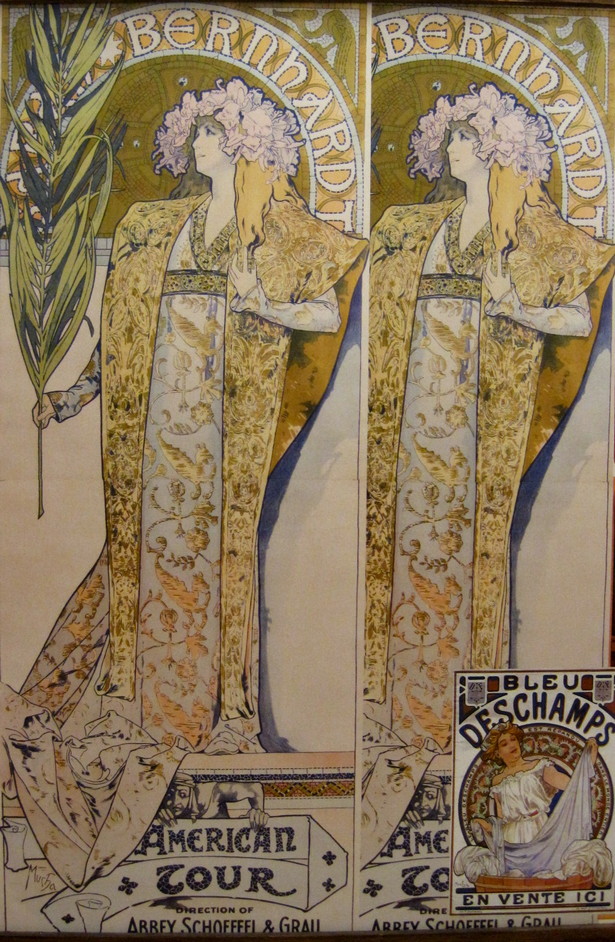 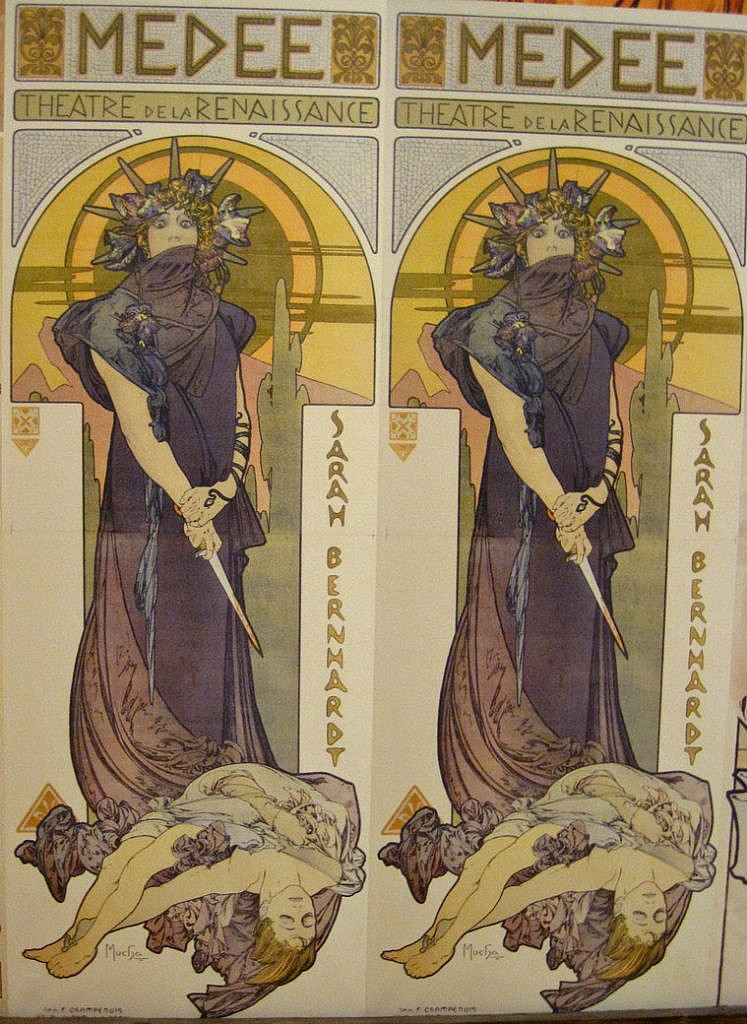 Alphonse Mucha reached a pinnacle of fame when he designed the theatre posters for the French stage actress Sarah Bernhardt.

I didn’t know the Incas made good wine, but there you go … (Sold in every pharmacy.) Interesting. 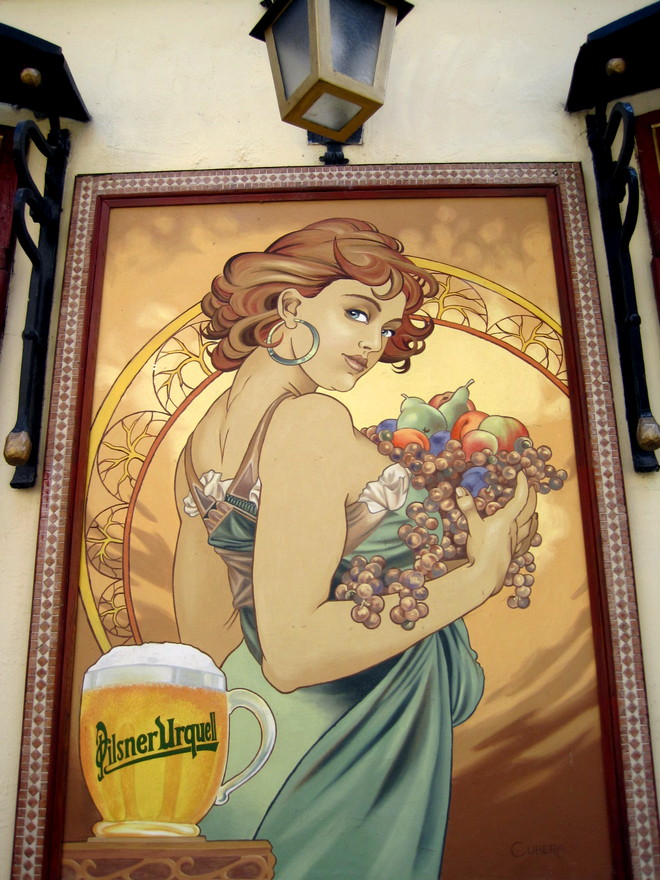 And then the real thing … a sign outside a bar / restaurant in Prague.