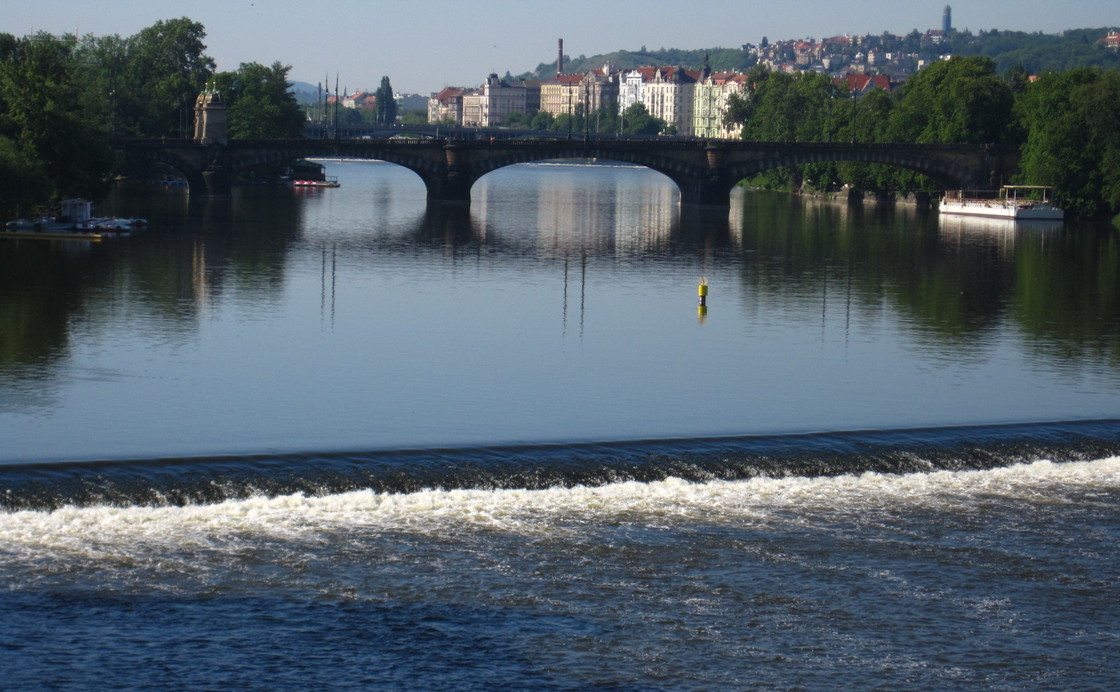 From Prague’s Vltava River, which divides the city into two, you need only look up the hill to see the huge, sprawling Castle complex. By the time you get there (you can take buses, trams or do a long, winding, uphill walk — which like madmen we did), it’s a bewildering maze of leafy shaded gardens, monasteries, one walled palace after another, and a soaring Gothic cathedral. The area it’s situated in, Malá Strana, is very pretty, with the colours and decorative details of the architecture as elaborate as in Prague’s Old Town on the other side of the river. We did something very uncharacteristic and got up early to walk across the Charles Bridge, and then up the hill to explore the complex. Amazing, the difference in the crush of crowds … you could actually take pictures without being photo-bombed at every click. 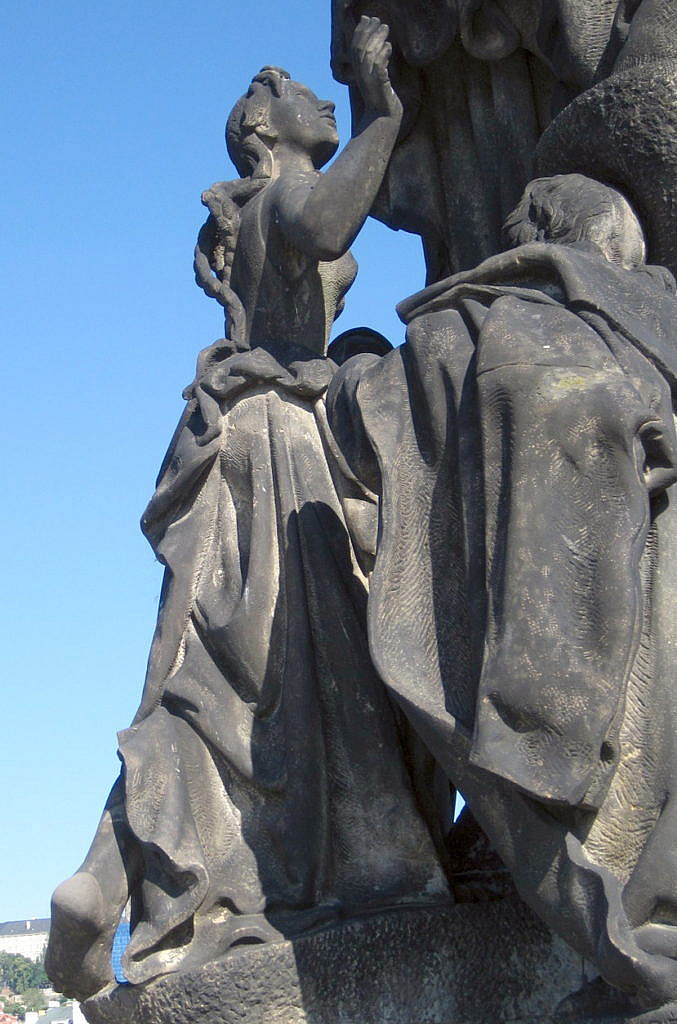 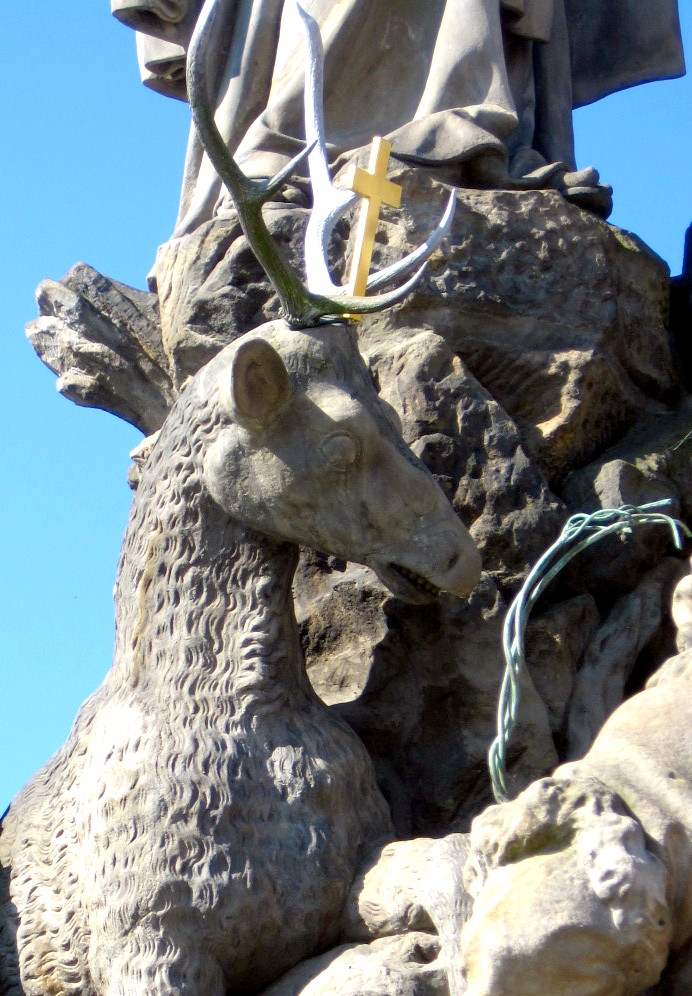 Out of all the religious iconography on the Charles Bridge — there are 30 statues along its length — these were the only two images I was inspired to take … a stag (reindeer?) with a cross between its horns?! … and a bare-footed lady, whoever she may be. The bridge, which is 520 metres long, is named after Charles IV who commissioned it; today the statues are copies, with the originals in Prague’s museums. 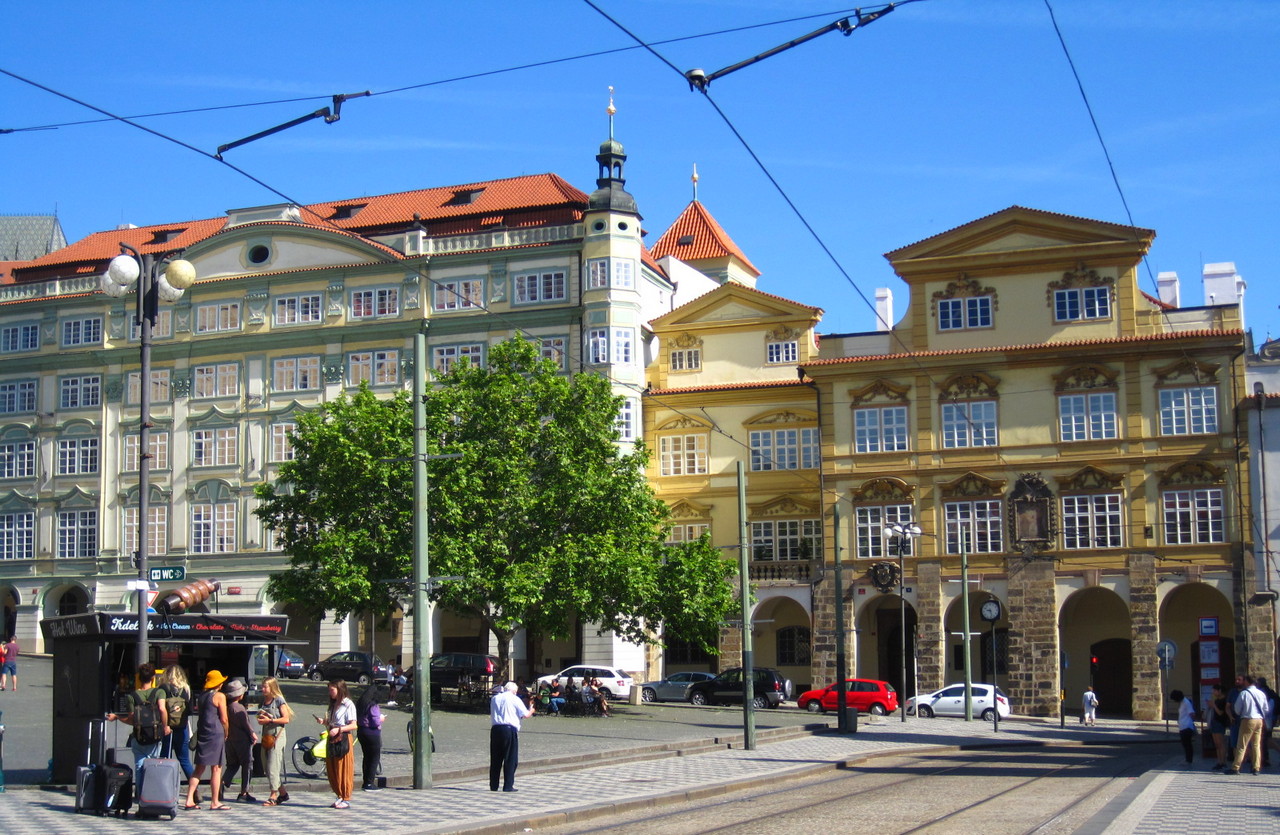 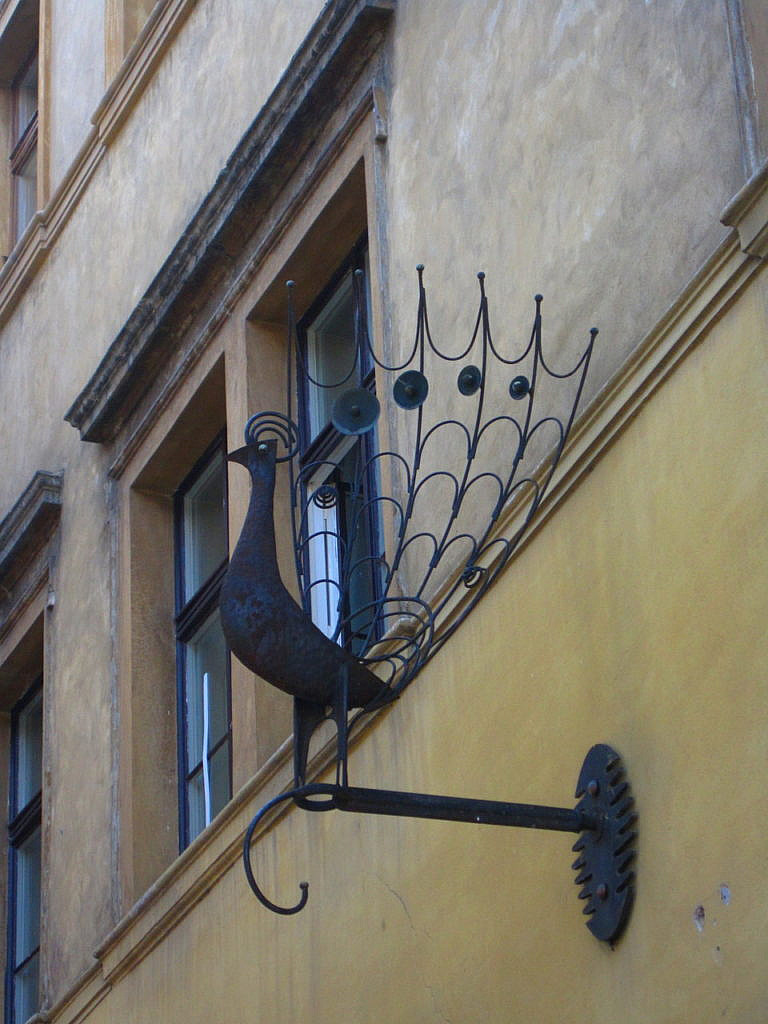 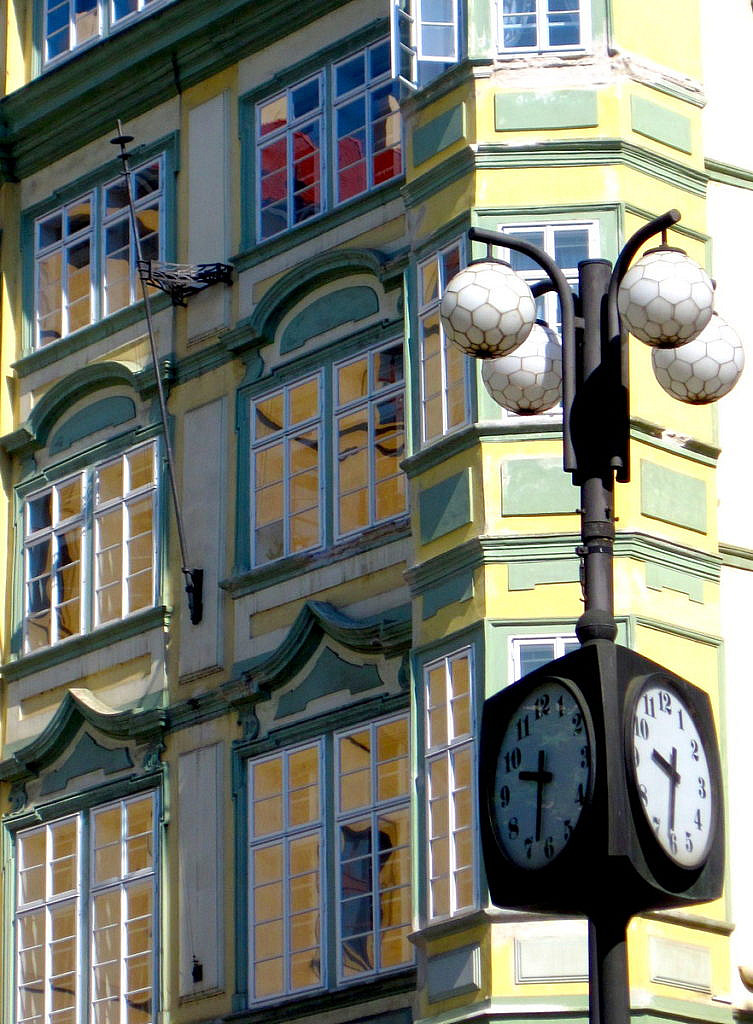 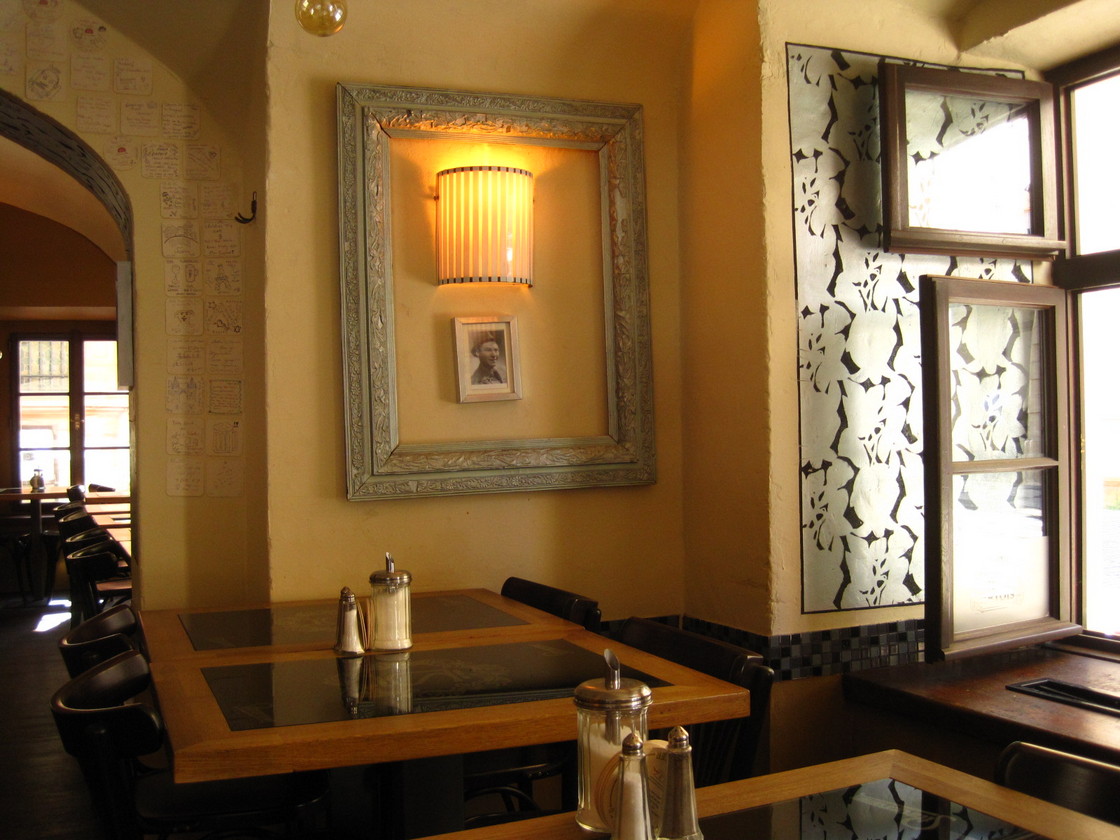 Having skipped breakfast to get here early, a double espresso stop was mandatory. We found a great coffee stop along the way. 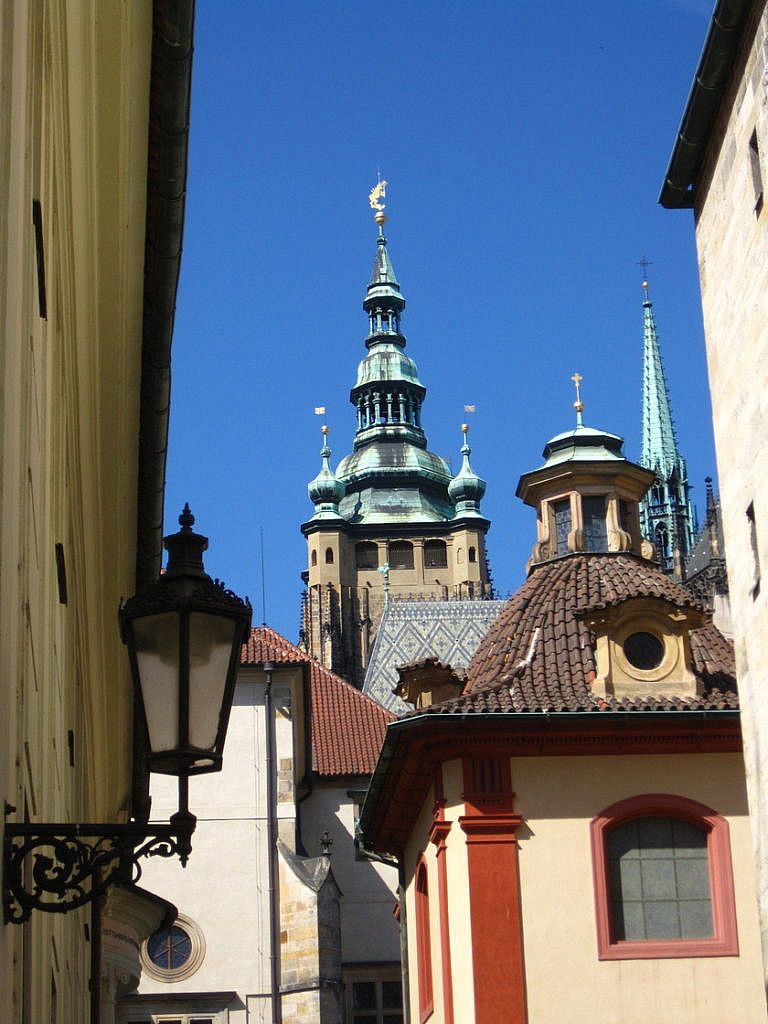 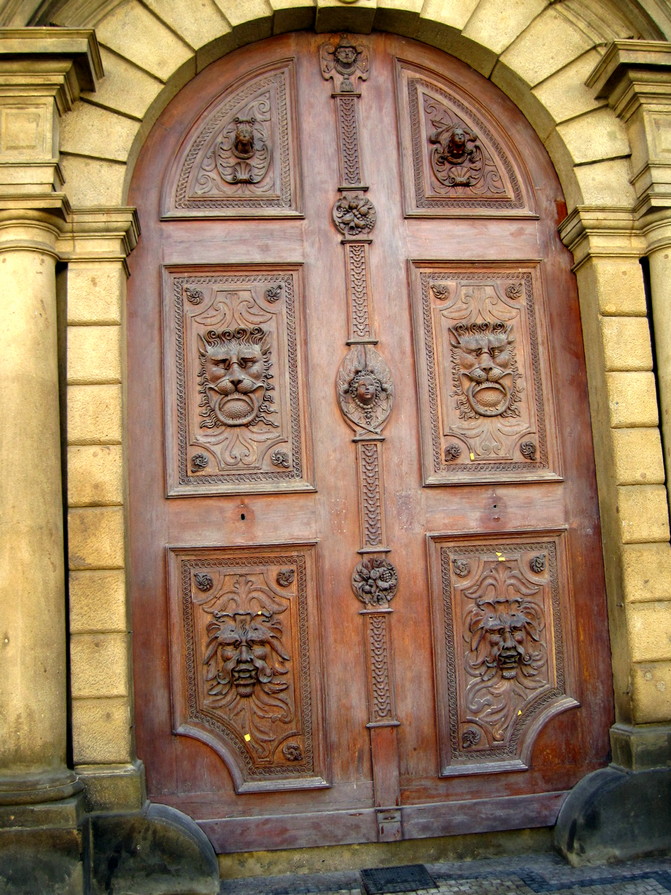 A sneak peek at the Renaissance and Gothic towers and turrets to come. 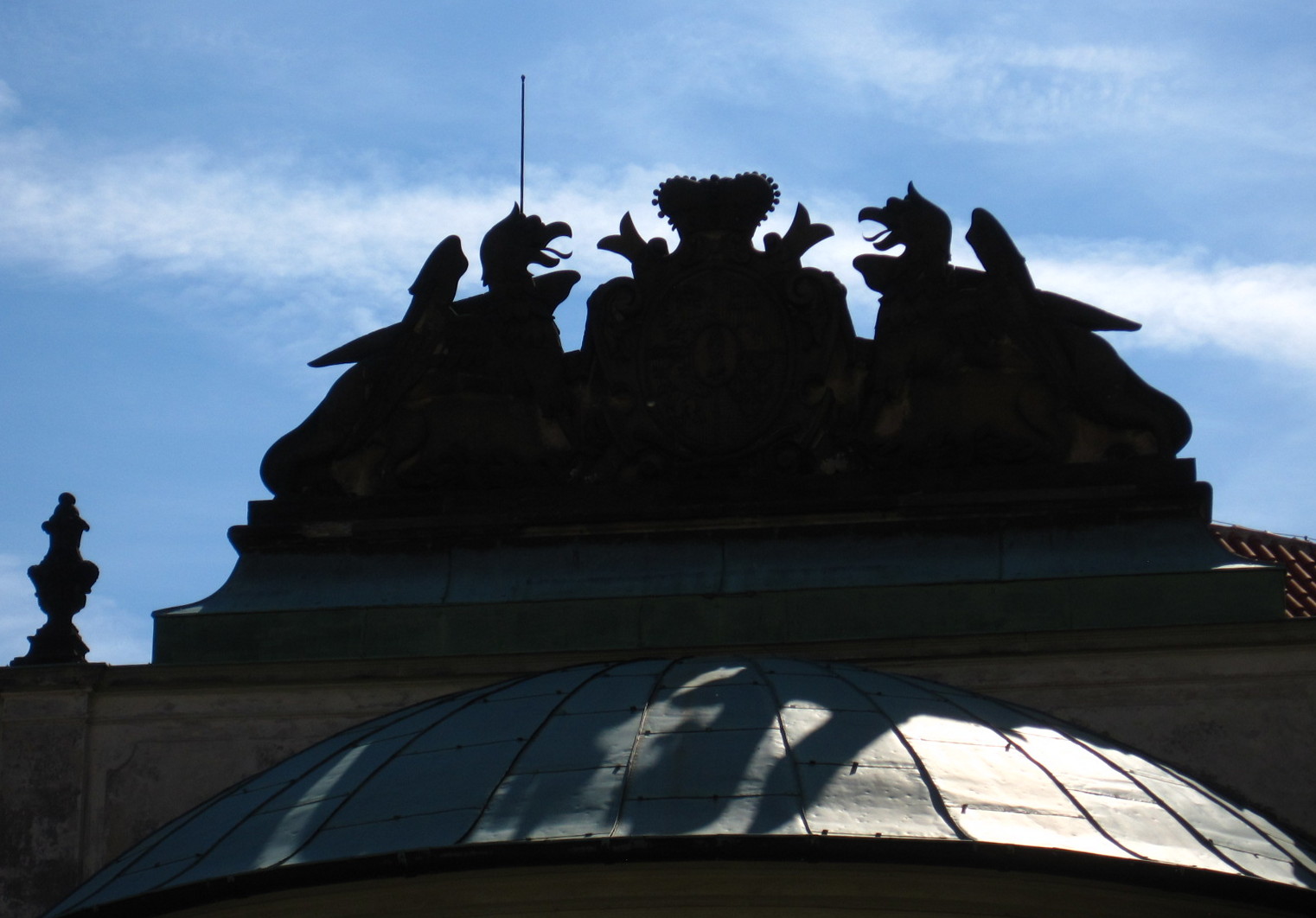 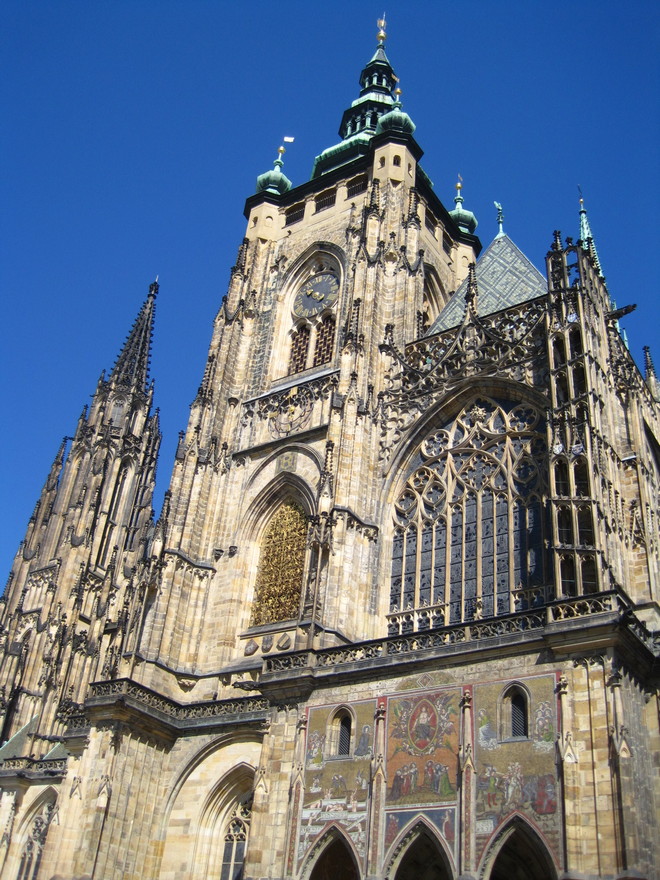 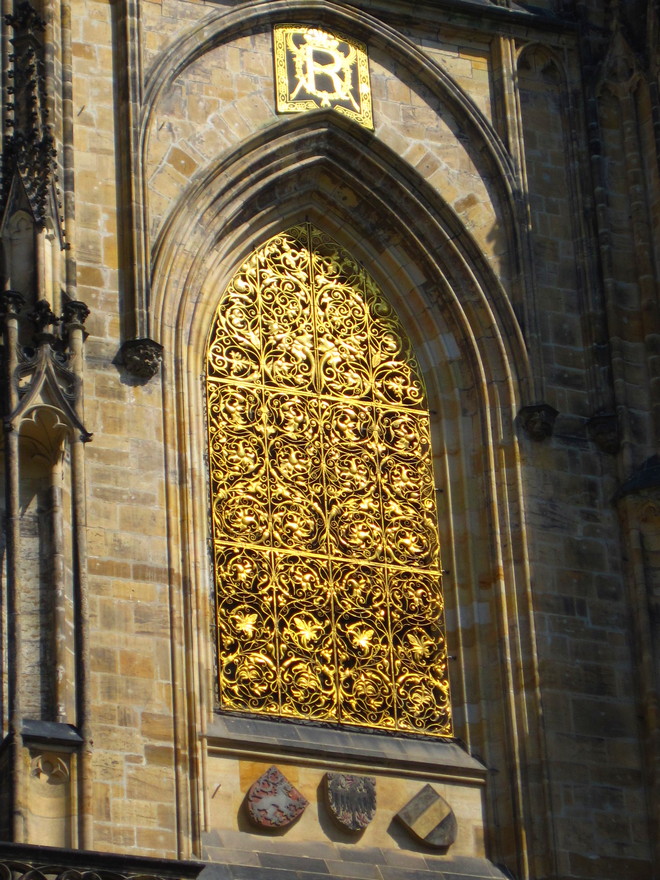 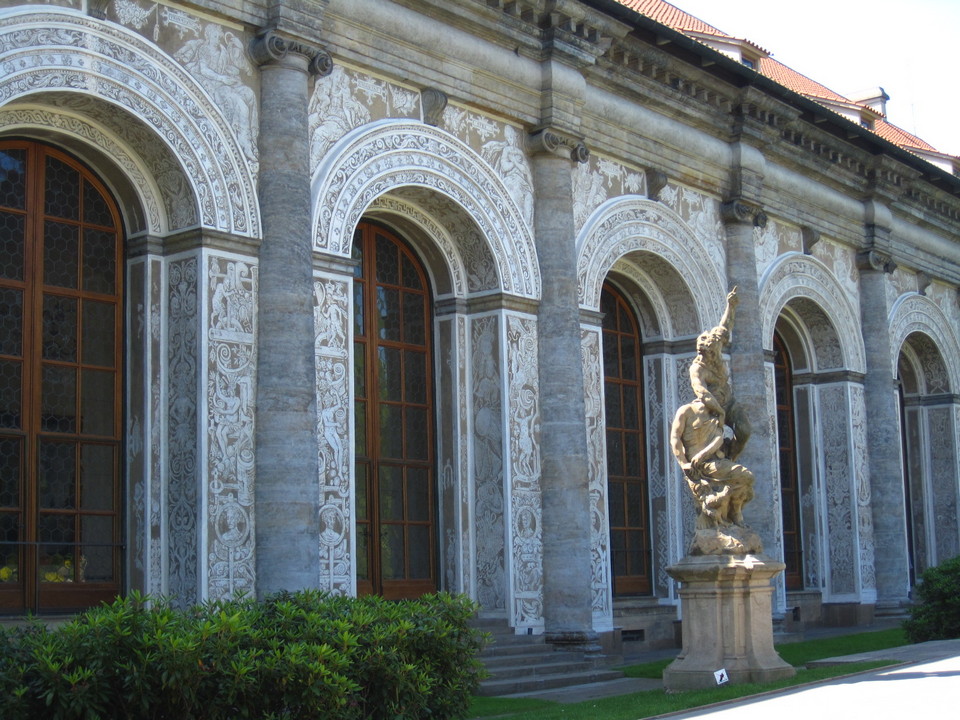 A beautiful colonnade in the Palace Gardens. 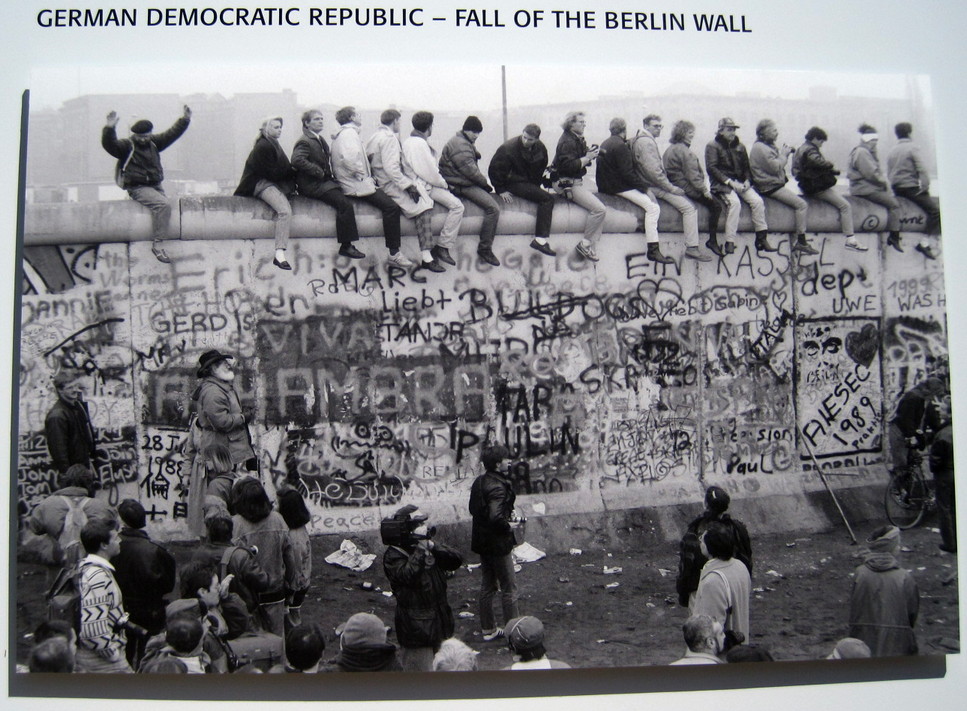 An interesting photographic exhibition in the Palace grounds recorded the fall of the Berlin Wall, followed by a reconstructed section of wall which was quite fun. 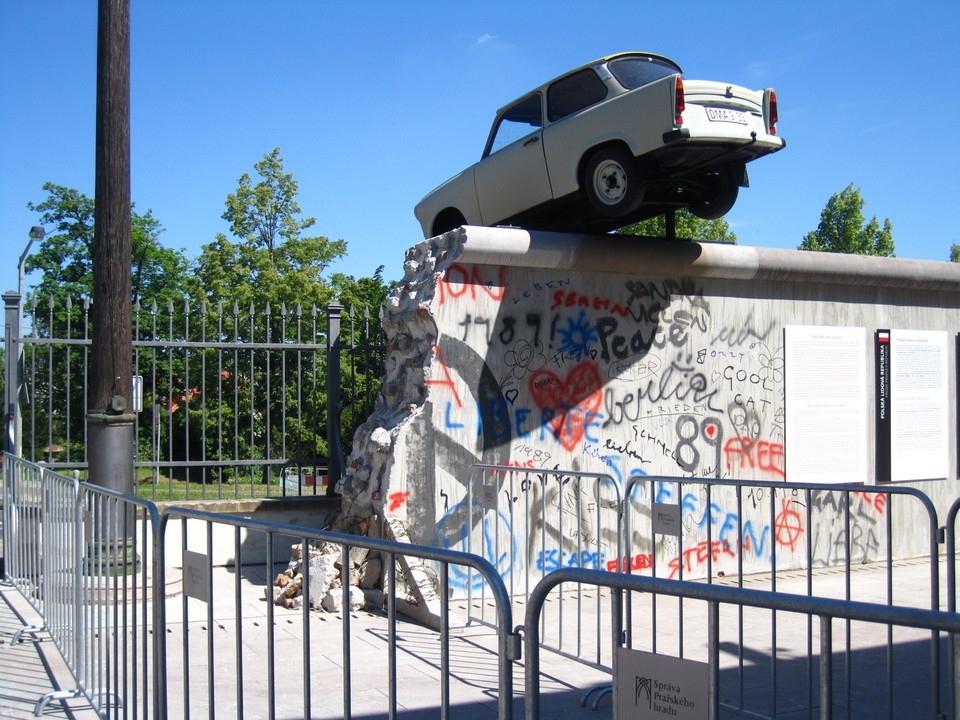 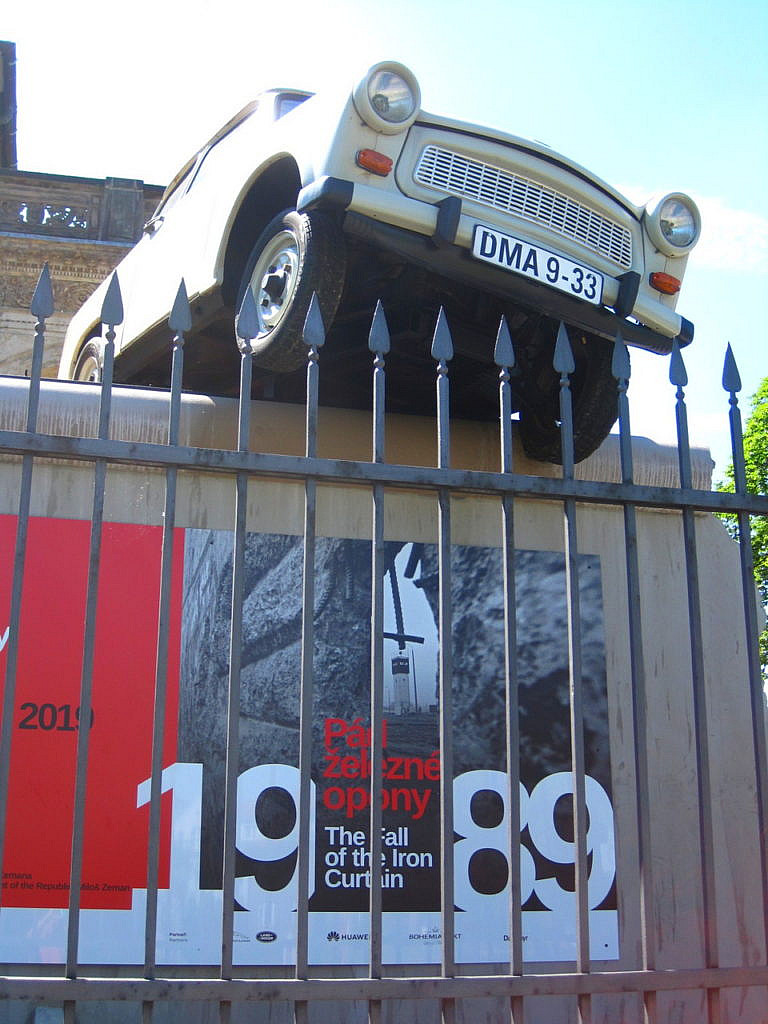 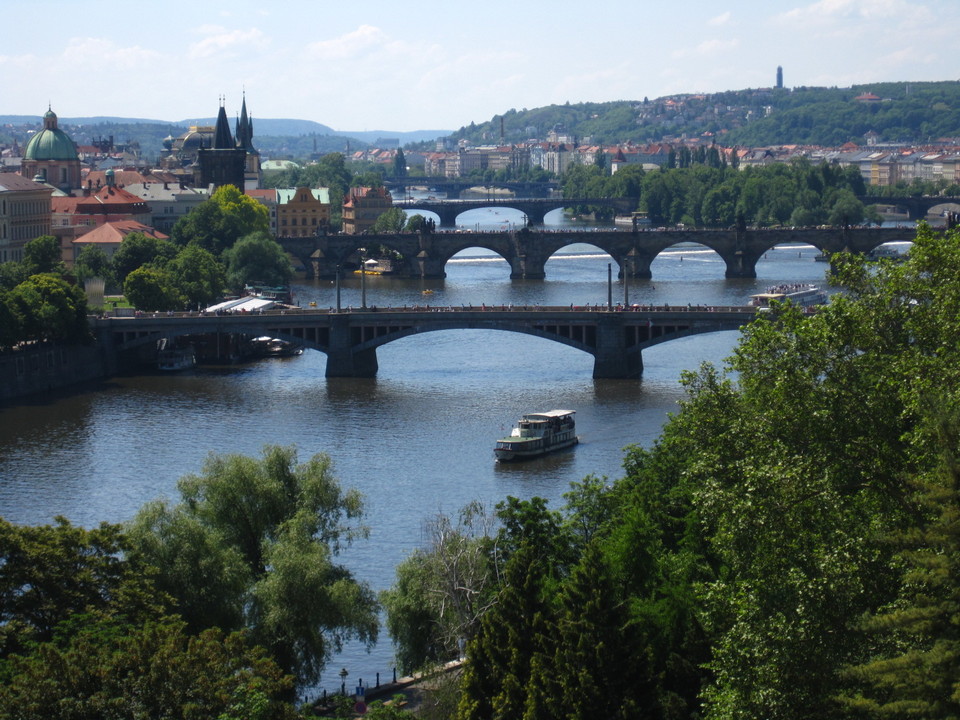 The views onto the Vltava River coming back down the hill again were amazing.