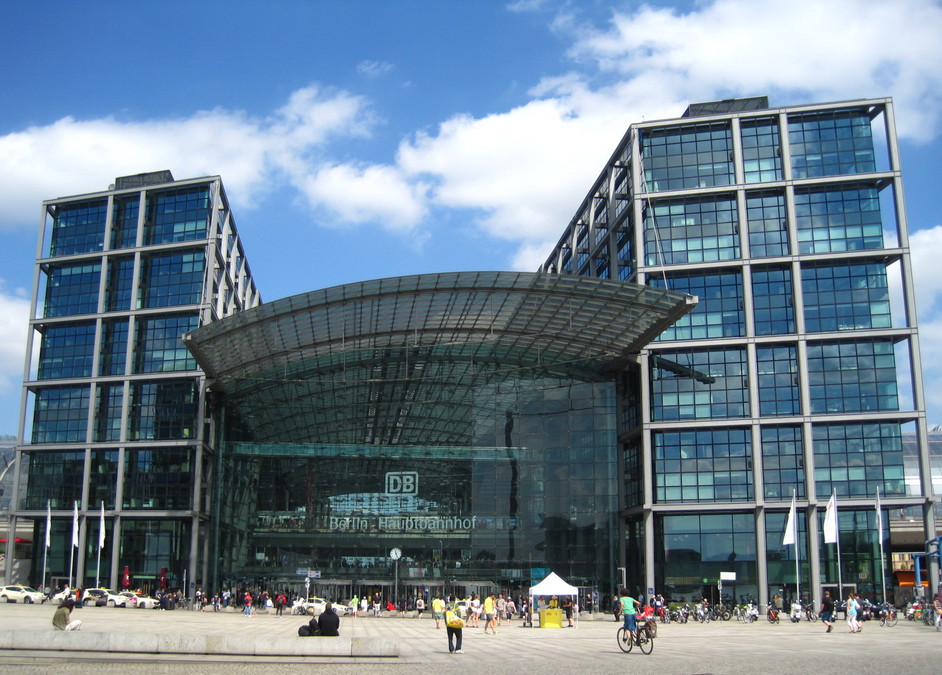 Berlin’s HauptBahnhof is pretty impressive, with 3 floors, and all the shopping amenites, including supermarkets and clothing stores.

We had a rather inauspicious start to our leg to Berlin. At first, all was relatively smooth, from apartment to Metro to Prague’s main train station . . . with much lugging of very weighty suitcases (what did we accumulate along the way?!). All started falling apart when, on the electronic departure signboard, a 10 appeared next to Destination Berlin. Off we rushed, luggage in tow, to find platform 10. Only, the very long passageway came to a dead end at 7. Up and down, up and down we trekked, arms pulled out of our sockets dragging suitcases to find the elusive platform, with the tick-tock, tick-tock getting perilously close to departure time. Confusing signage didn’t help. Eventually, through sign language, a building worker indicated emphatically that there were only 7 platforms. Nothing more.

Back to the original signboard, where Hirsh eventually clicked that the 10 meant a delay of 10 minutes!! With my knowledge of German, I should have picked this up (but we simply won’t go there …) FINALLY, the Platform No. flashed up — 25 minutes late. And just like the Goon Show, you could hear a pitter-patter of 10,000 feet as all the waiting passengers charged off in a single direction to get their seat. Thank goodness for 1st Class and seat allocation. We witnessed an altercation between a young American woman, a couple of irate passengers and the conductor, who berated her (politely and without raising his voice) for, yes, having a valid ticket, and no, nary a sign of a seating allocation. She loudly and angrily exited while instructing her accompanying little brother that this was exactly how not to be cowed by bullying individuals who used their size and power to intimidate others. In a tiny voice, the little boy insisted that the conductor was only doing what he was trained to do. Sister shouted him down.

Otherwise, the train ride was very smart (all four hours of it!), with a pushcart dispensing food and drinks, and a restaurant car right next door. We arrived in Berlin, however, in pouring rain. Trundling out of the frenetic station, like bedraggled wet cats we wound our way up an interminably long street, not finding our apartment (10 minutes’ walk from the HauptBahnhof, Google said). All we saw were building sites and construction workers. Hirsh had no WiFi on his phone, so we couldn’t call our guy. Long story short, he found us in the street (the only two sad idiots dragging heavy suitcases in the rain) and let us into a building we’d already waaay passed some time ago. We’d done so because, as Hirsh said, it looked like it should have been condemned ages ago. Nowhere close to the Google StreetView.

Next rude shock: no lift, a very dank smelling basement, and four double flights of stairs to climb with  deadweight suitcases. The apartment itself … enormous creativity has been used in the photos posted on the Air BnB site. But to be honest, it does have certain artistic appeal in a grunge shabby-chic kind of way. Hirsh’s view? Not so much. On the positive side, it is large, high-ceilinged, light and airy. There is a series of spacious interleading rooms, the bathroom has been modernised, and there are lots of separate areas for preparing food, eating, writing and blogging, relaxing and sleeping. It is furnished in a kind of Zanzibari arty deconstructed way … paintings propped against the walls instead of hanging on them, dark carved objects, potted palms, and certain walls left unplastered to reveal historical layers from previous incarnations. The story is, it’s a pre-war building that carries historical monument protection. So apartments are being (sort of) renovated piece by piece. What’s also happened, though, is that construction has sprung up on every side, so in fact you’re living in a building site. And it’s constantly Noisy, with a capital N. (No evidence of this, either, on the Air BnB site.)

In short, we nearly booked the next flight home.

But an hour or maybe two of sleep, blue skies the next morning, a run in the lovely cool leafy Tiergarten park (that’s the zoo) with birds trilling the most complicated of melodies, and a day’s walkabout around the Brandenburg Gate area, we’re kind of settling in. Not feeling the love just yet, but it’s early days, who knows? 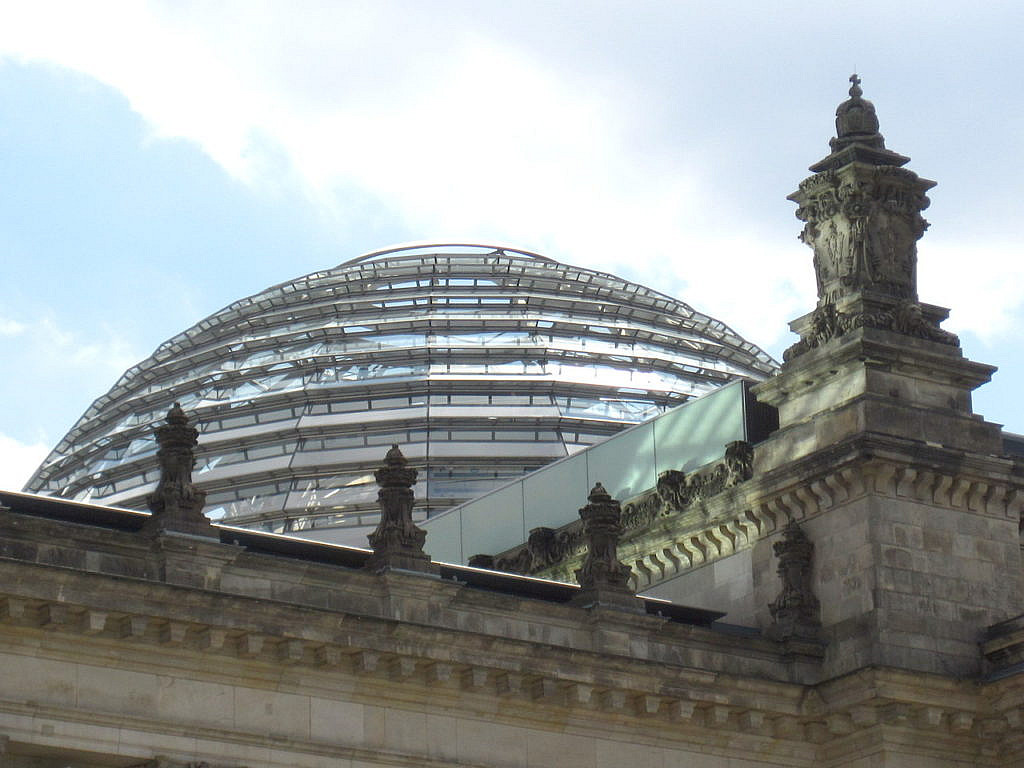 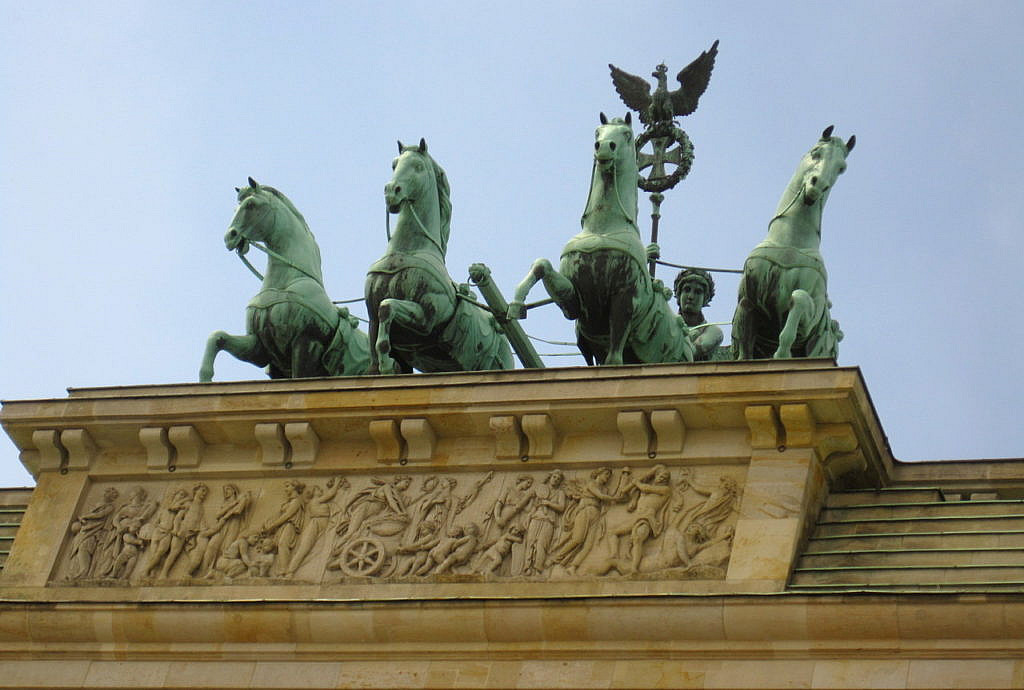 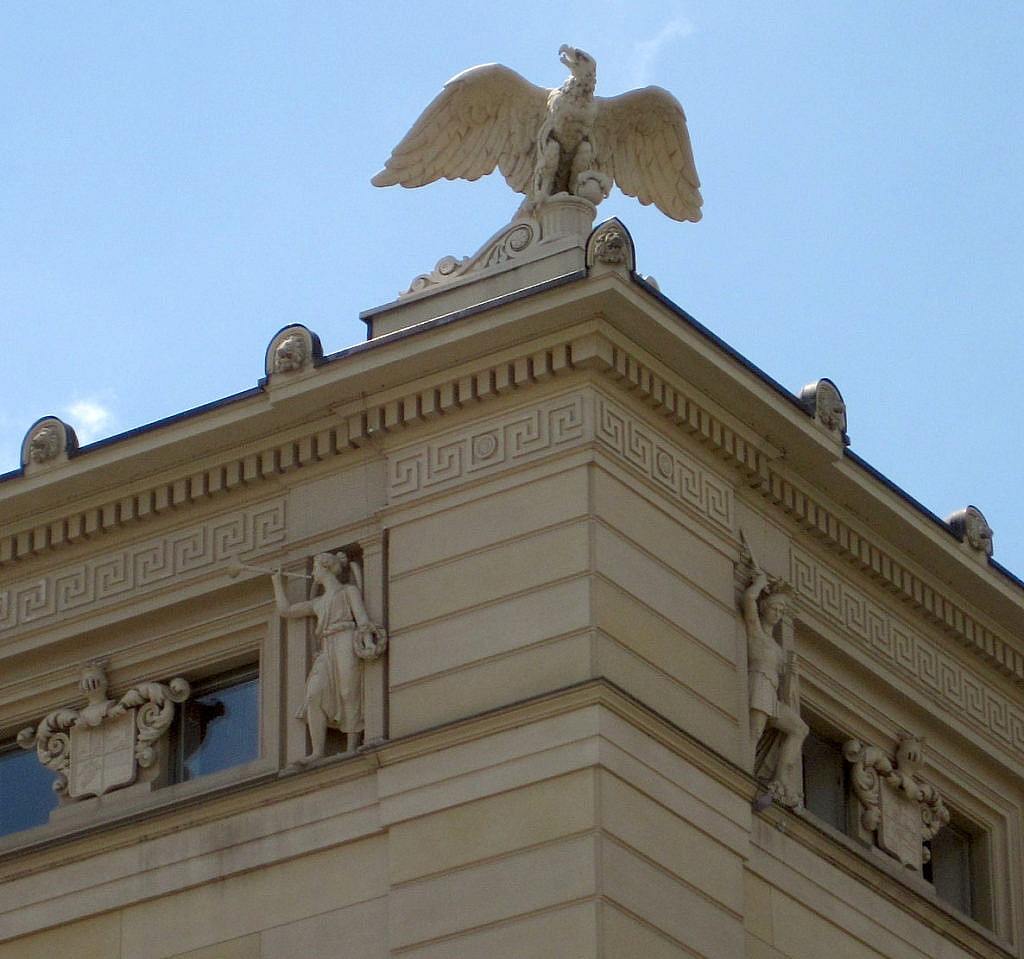 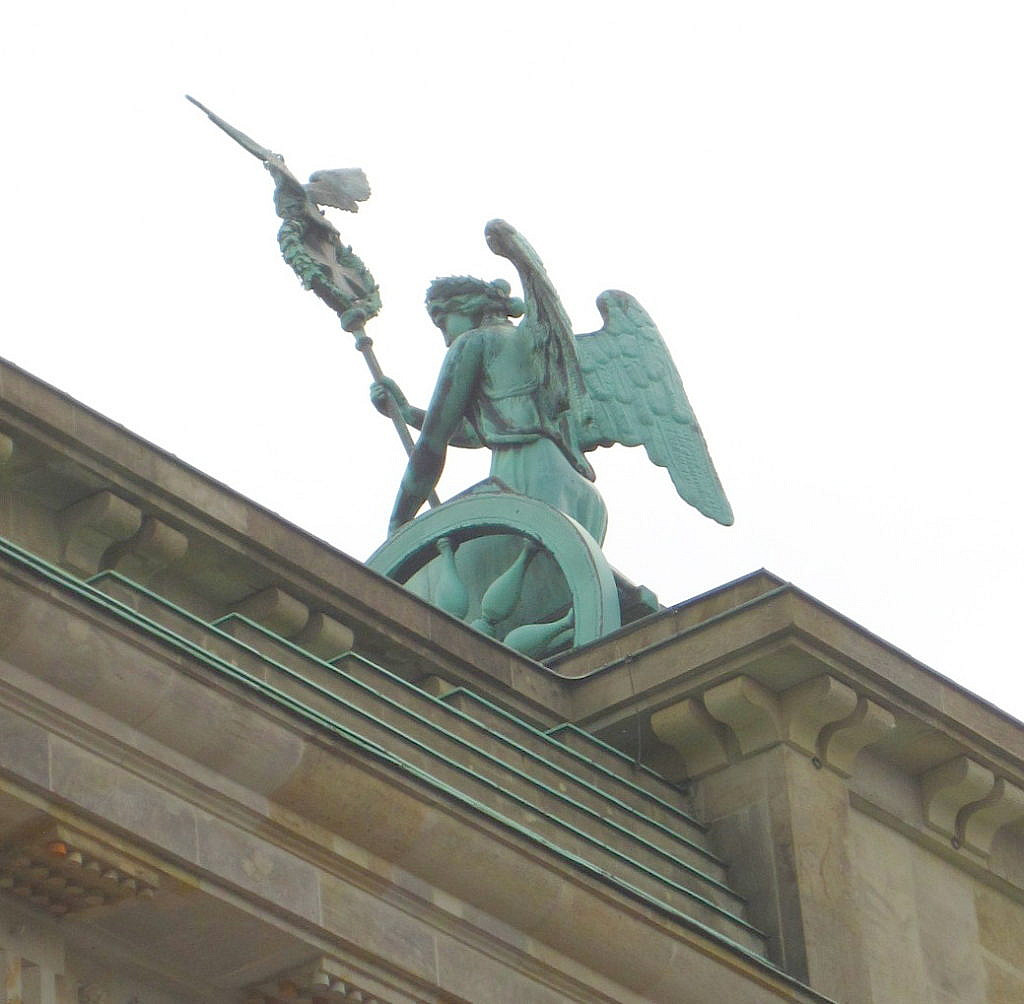 Top is the famous glass dome from the Reichstag (Parliament) building, which you can book to climb 2 or 3 days ahead online. The chariot is atop the Brandenburg Gate, the others not necessarily so, but a common theme is eagles and winged creatures in chariots carrying staffs. 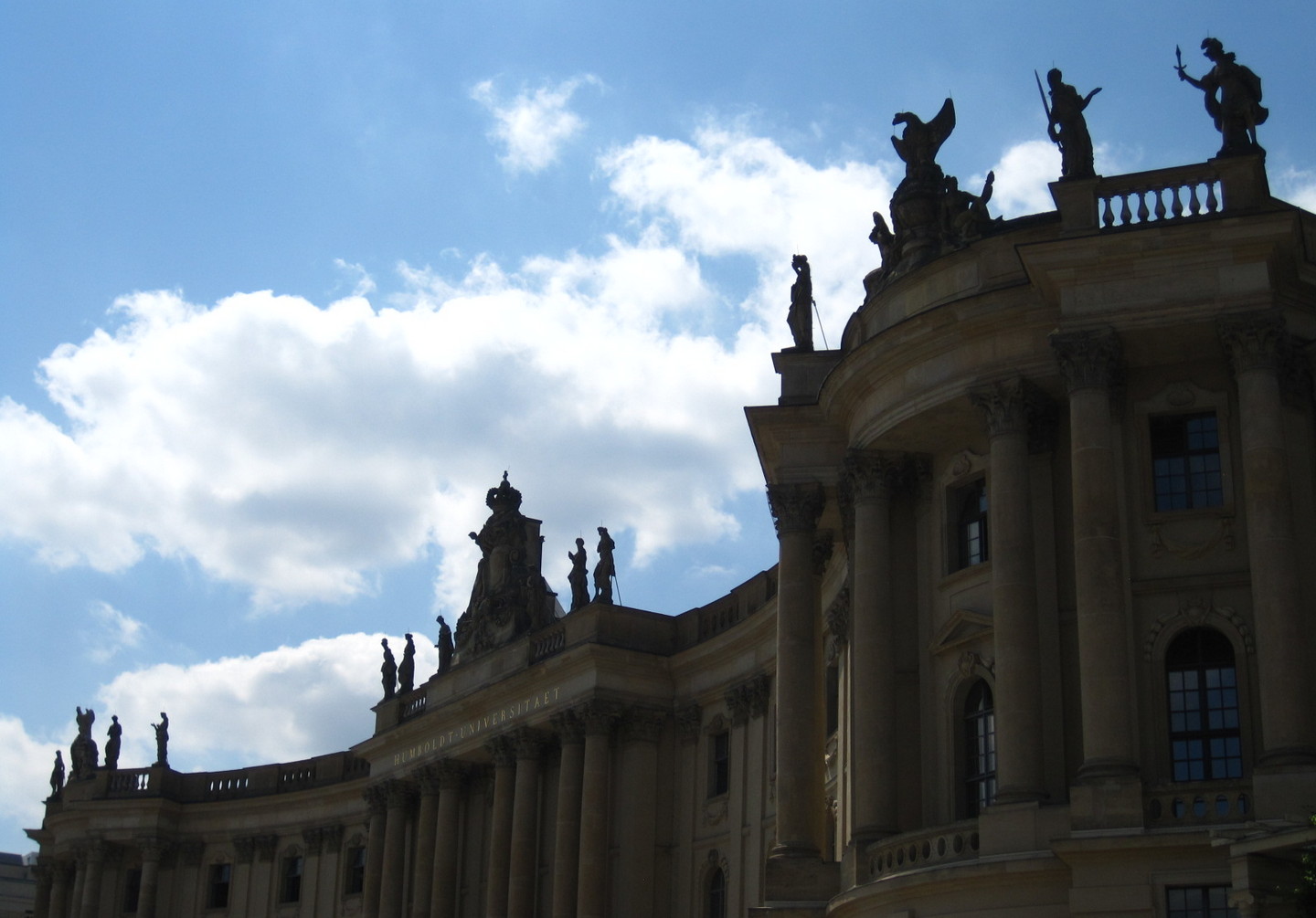 The midday light was so bad, I decided to do silhouettes instead. The above is part of some very elegant university buildings. 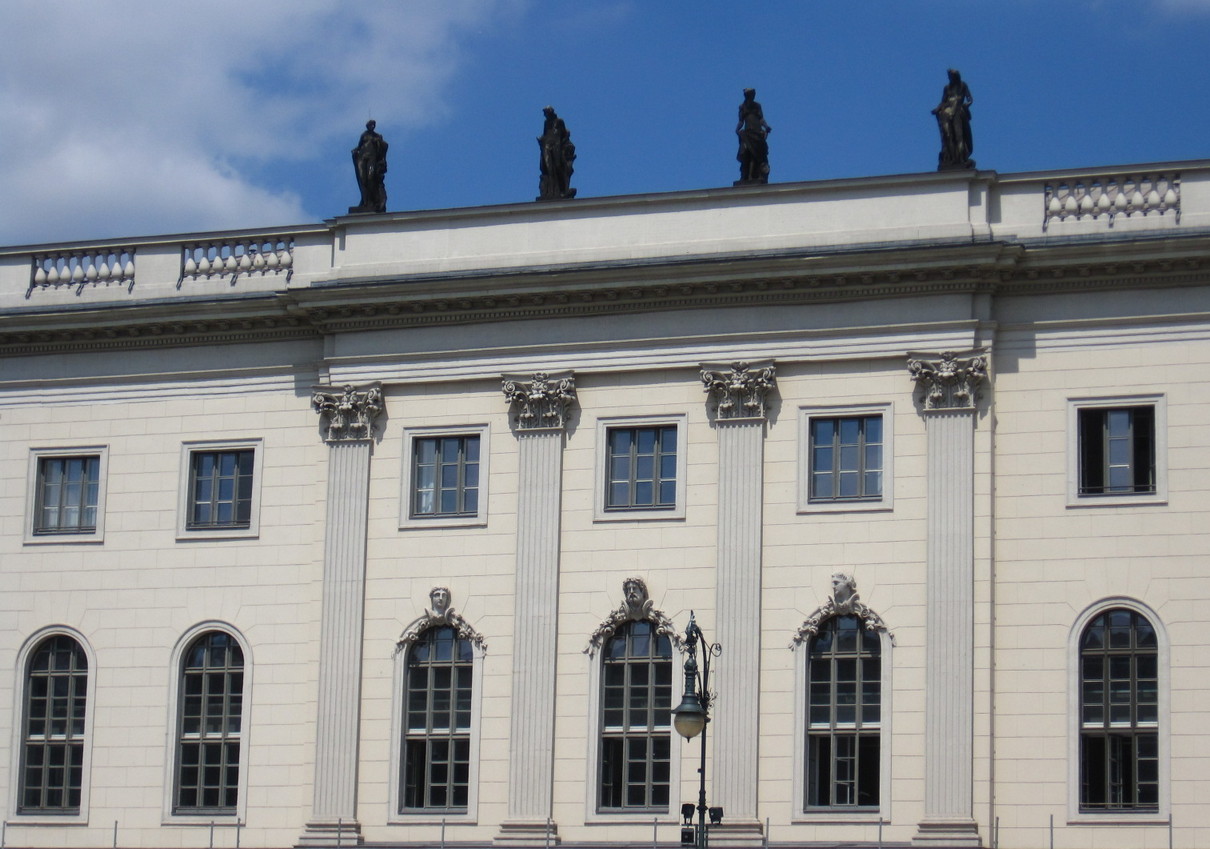 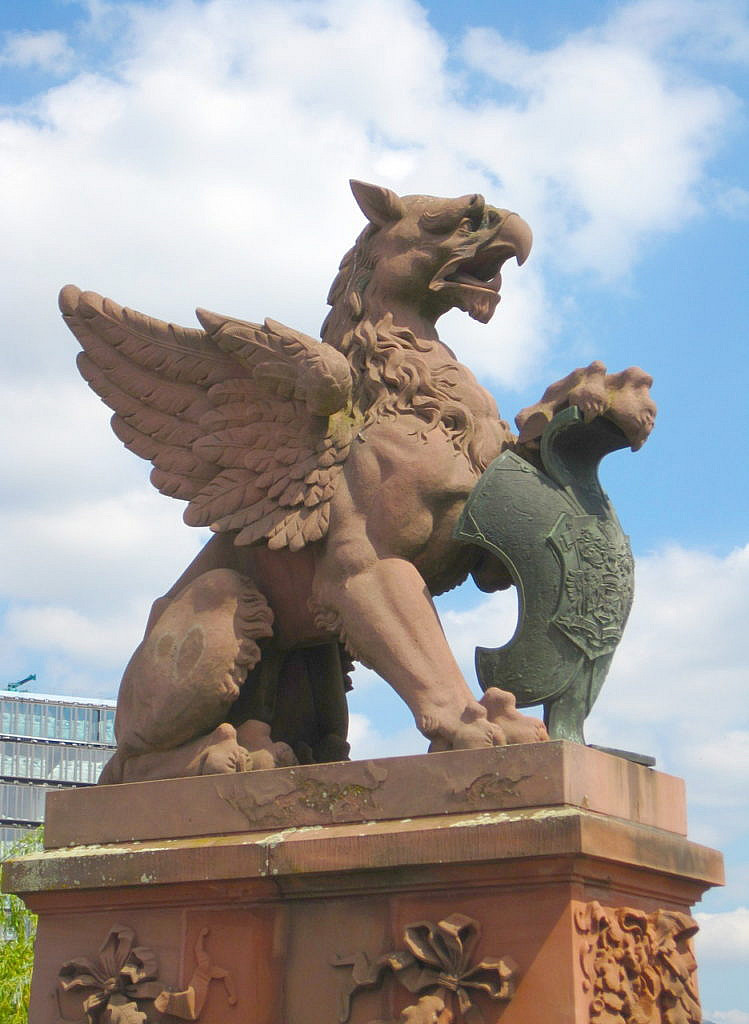 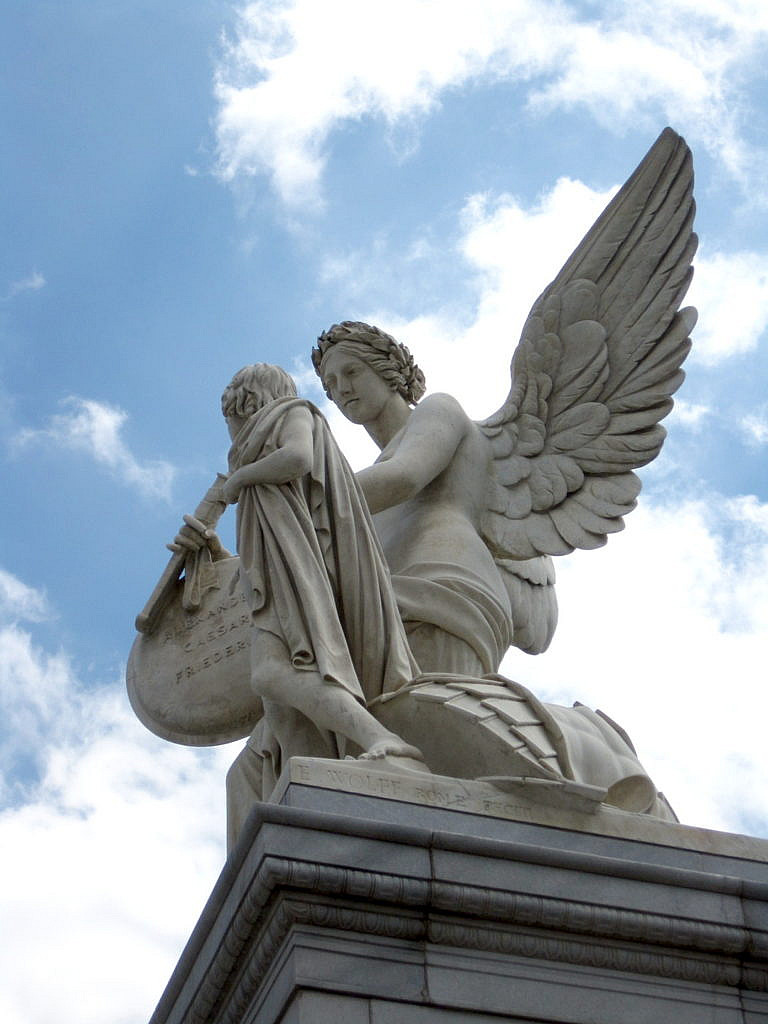 Above left Gryphons have the body of a lion, and the head, wings and talons of an eagle. Above right Winged creatures, always, proliferate.

And then, just some fun … we thought only Amsterdam had lots of bicycles. 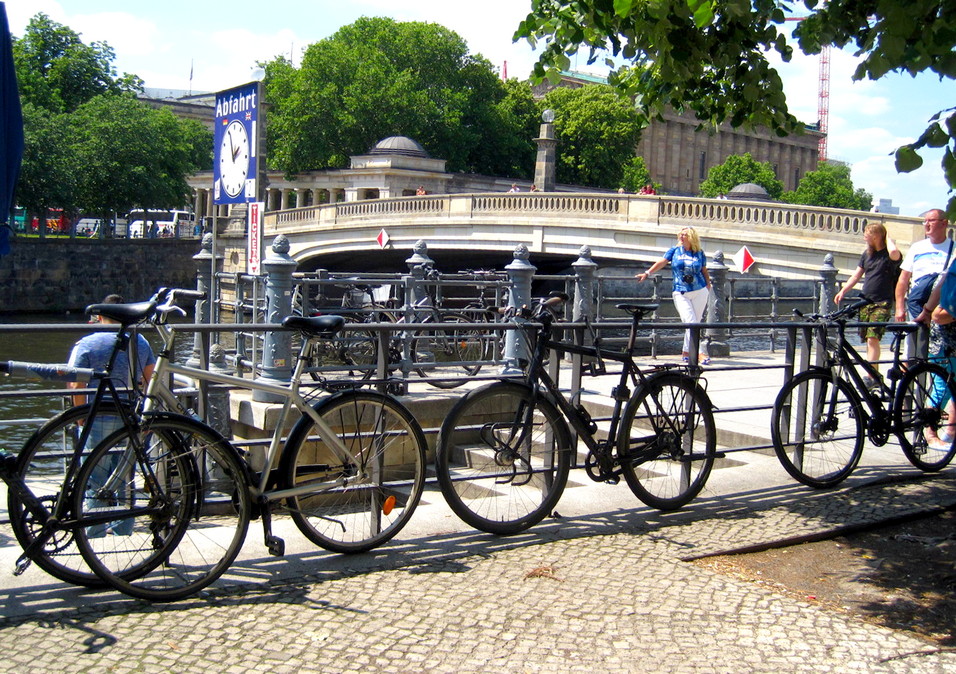 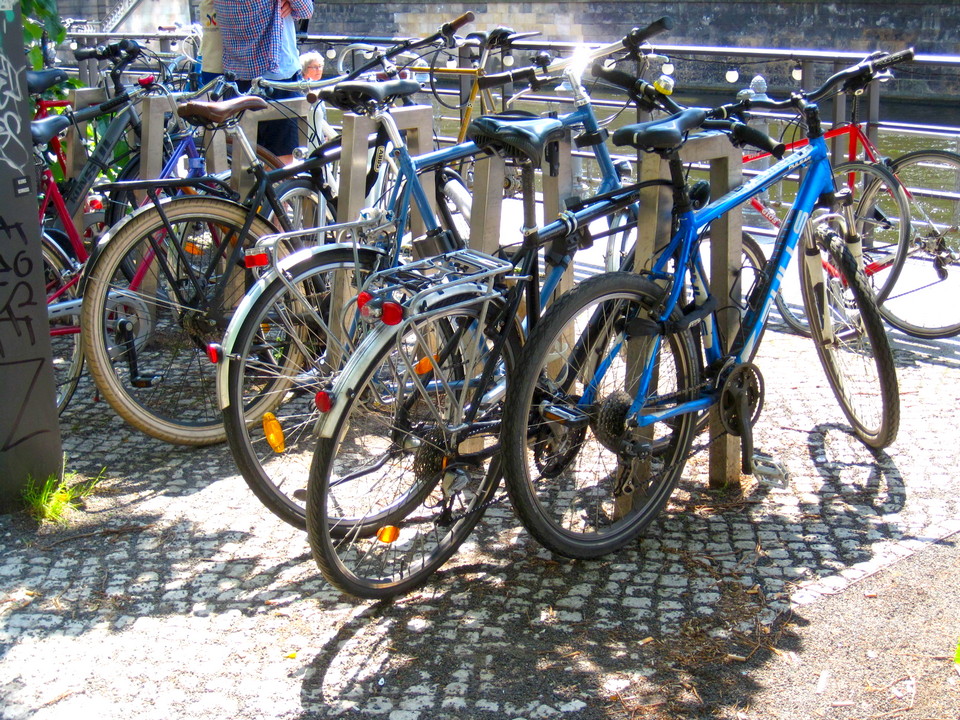