For us it was moody skies, bald-headed mountains lined with a sparse bristle of blasted pines, many many double-length cargo trucks to pass, and Ozzie Osbourne and Deep Purple on the iPod. No kwaito, trance or rap for us. Then cart-wheeling blades of the wind turbines doing their lethal air-slicing. We chuckled when Hirsh said, “This lends a whole new meaning to moving house” as we passed a small truck balancing, literally, a small house on its flatbed. Winibago with a difference, Keith called it. 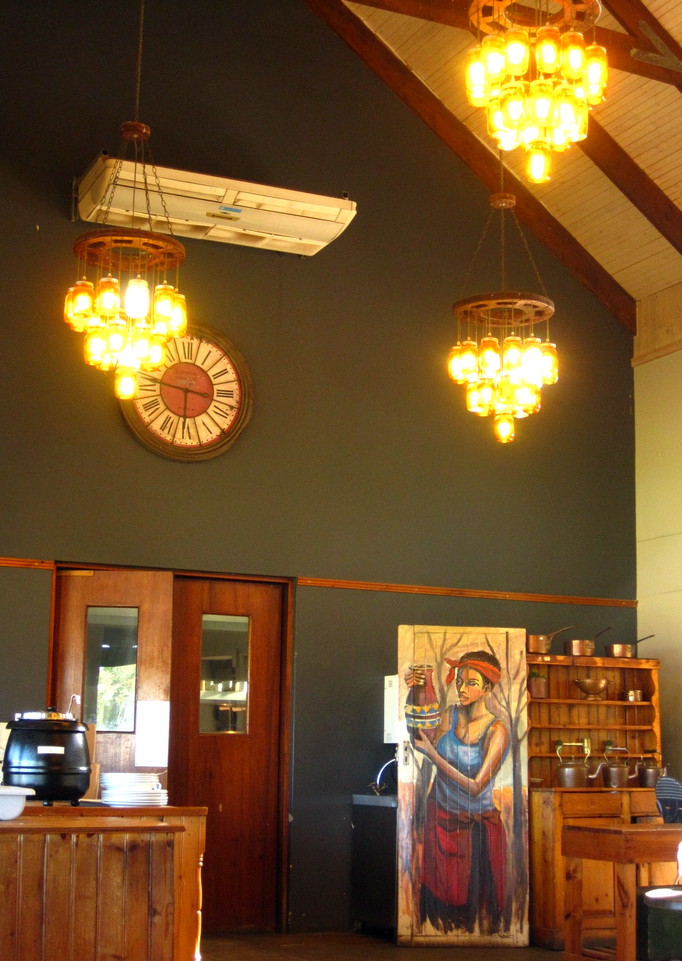 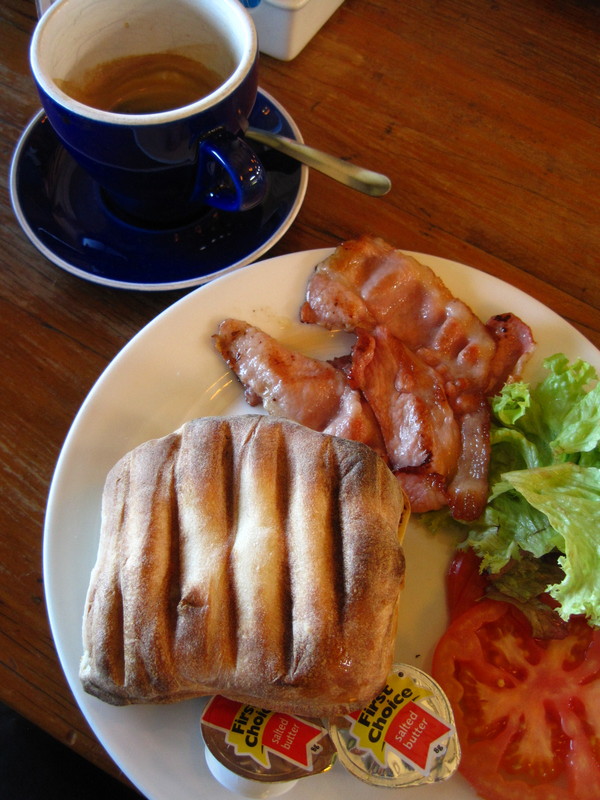 Just past PE is Nanaga, a farm stall whose only vegetarian option is Greek salad. So, above, is my perfect vegatarian option … don’t worry about the bacon …

Driving parallel to the Eastern Cape coastline, we couldn’t believe how many wide shiny rivers, with unfamiliar Xhosa names, flowed lazily to the sea. Pretty sky-reflecting estuaries we didn’t know existed. Then the roadworks. We were guided through them by an erratic tiny Golf. Whenever it disappeared in a plume of dust, we knew there was a hole ahead.

What struck me most as we passed through the green rolling hills, between Port Alfred and East London, with hilltop settlements painted in lovely pastel colours, they were all so clean and neat and tidy — from the highway, at least. No piled-up trash heaps sprawling down the hills, no plastic bags snagged in trees and fences. And this is because …?

The dearth of shopping centres and their infernal plastics and excessive packaging! The minute you approach the major centres, the ragged plastic decorations begin.

We were all quite impressed with East London (Hirsh’s birthplace!). All along its streets are some lovely historical buildings, some with pretty elaborate detailing, and generally nicely painted in different colours. Many were certainly kept in better shape than some of the major towns we know. Won’t mention any names. 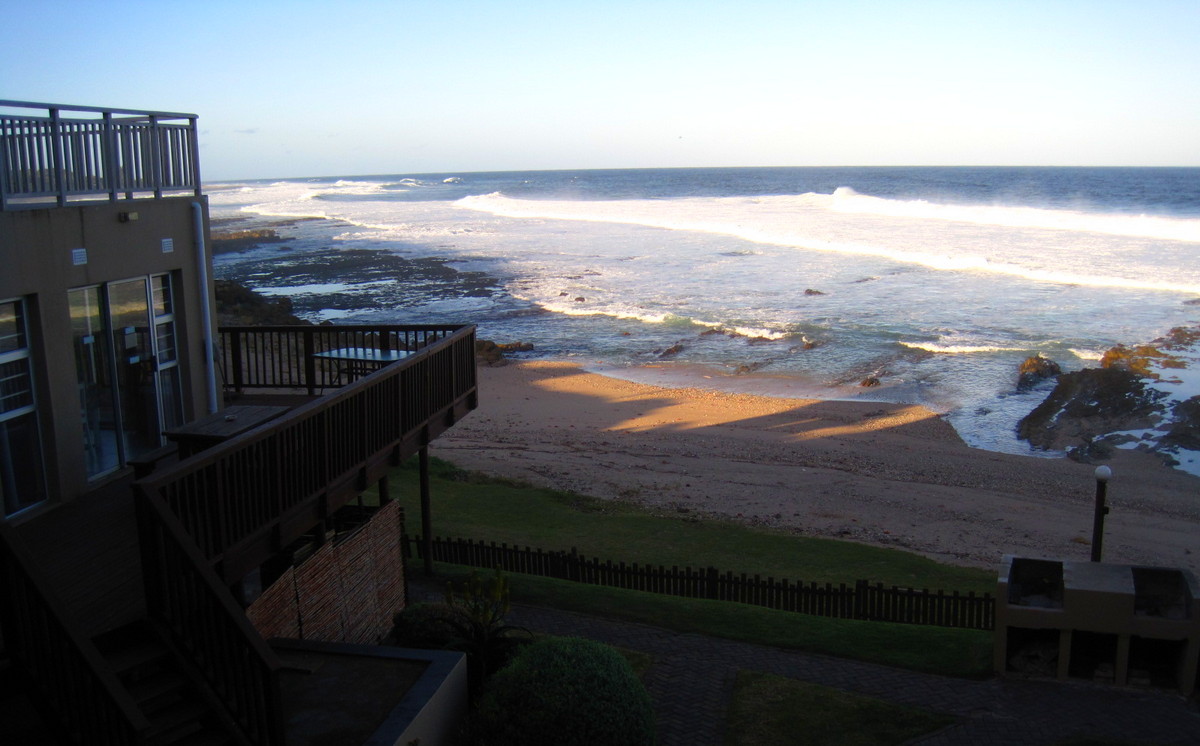 And here we are at the Haga-Haga Hotel, with restless seas swishing in our ears. Our hostess called us while we were travelling and said, “Are you guys doing okay so far? I know you’re Gravel Road Adventures and all that … but you do have to be careful on our road!” We found out what she meant: 10 km of gravel made up of embedded stones and holes. But, hey, that’s what the Prado and Disco are built for! 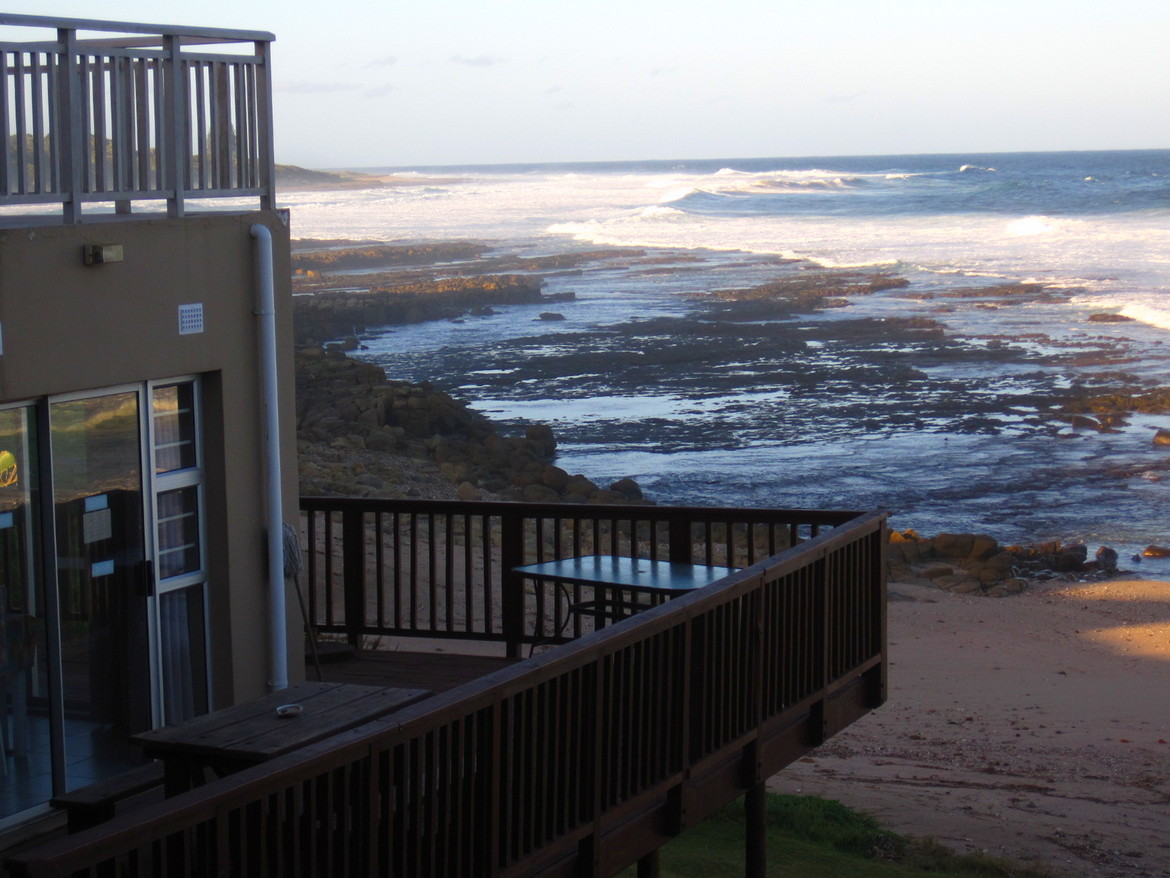 This is an old, very family-oriented style place … don’t expect too much, but we’re happy. After 650 km, it’s a great place to chill.