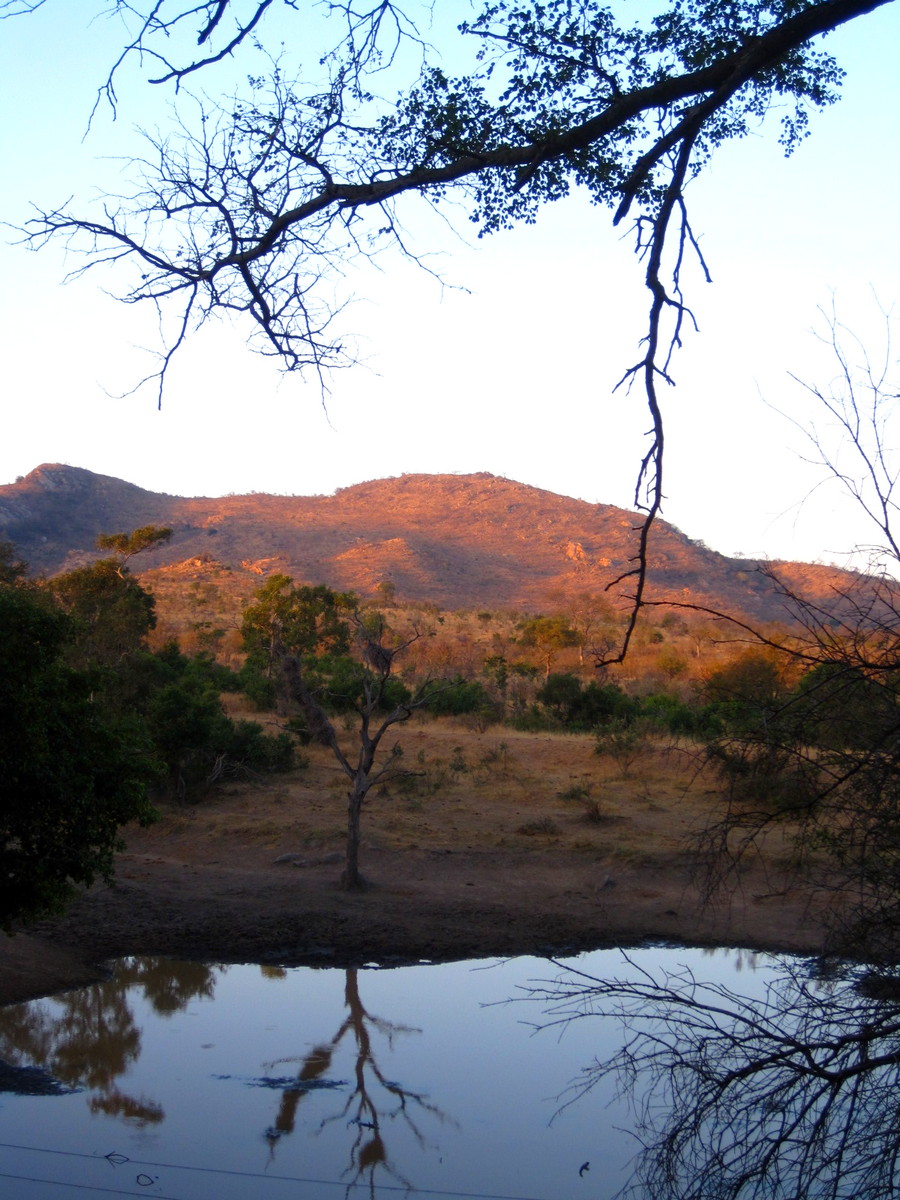 It’s so amazing how different one day can be from another. The first night there were hyena whoops and lions grunting, the second it was utterly still except for the whistling of a pearl-spotted owlet. 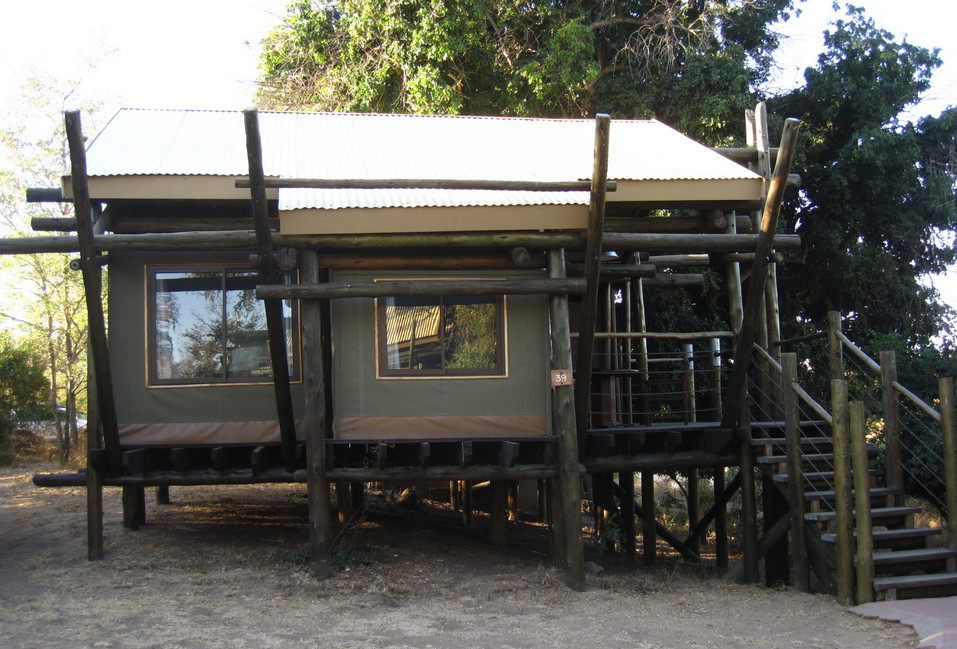 Our unit at Tamboti Tented Camp 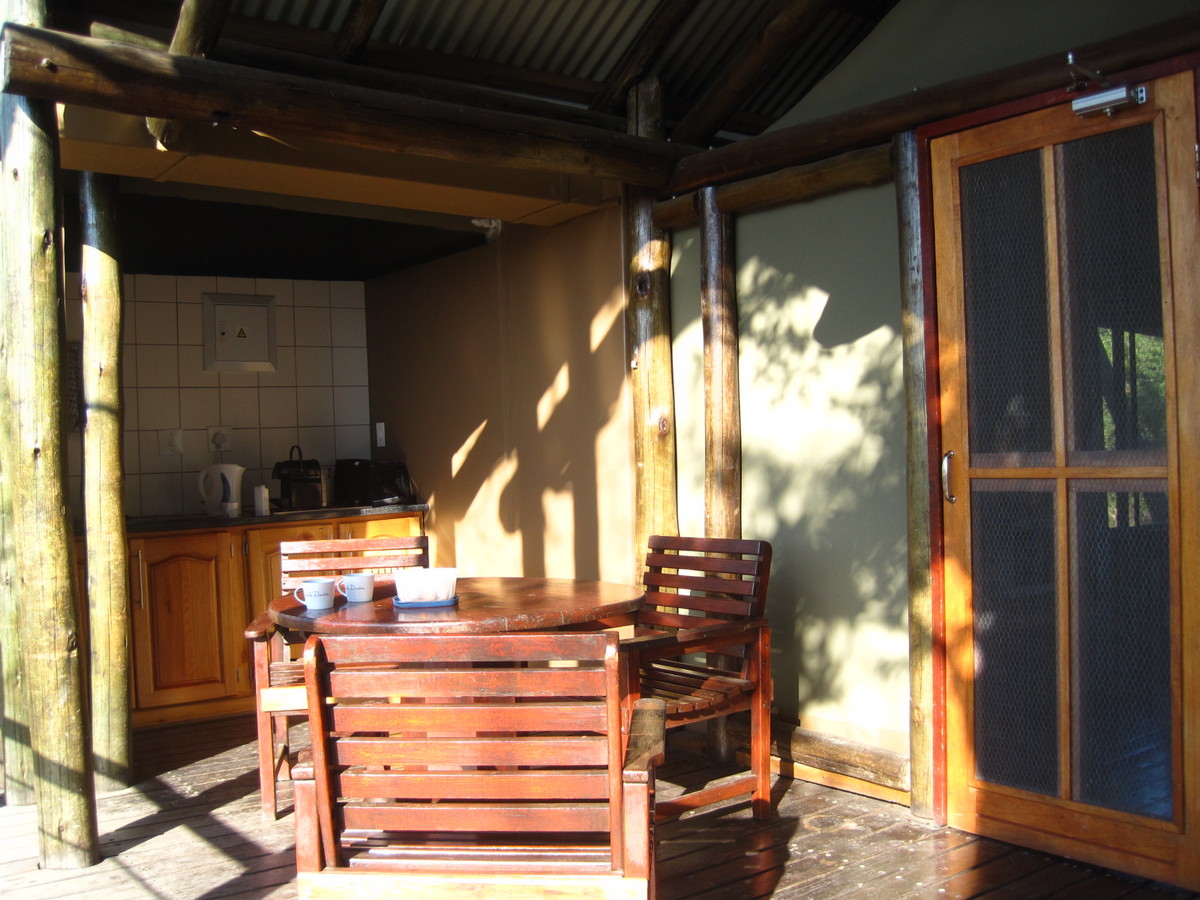 Our first day was extremely pleasant but nothing to spike the temperatures. There were impala and kudu and ellies, and an enormous amount of rhino-dung middens, supported by smooth grey boulders that turned out not to be rhinos. But The Wild manages to string you along, baiting you with another sighting just when you’re ready to give up. It is reinforced so strongly here that the bush is simply about chance encounters. There is absolutely no predictability. No prearranged Tinder hook-ups. This is about the most fleeting of sightings. We so often heard: “Apparently there is a leopard here …” accompanied by a line of cars to rival Cape Town’s traffic jams. And no leopard. We did see some good raptors, though. Brown-headed kingfisher, black-breasted snake eagle, a juvenile bateleur with his blueish beak. And a sky filled with gliding bateleurs, tipping their wingtips from side to side like small fighter planes. They definitely rule the skies in Kruger.

Then there was the day that everyone dreams of. It played out like a tightly organised trip itinerary. It went something like this:

7:30 a.m.  A spotted hyena, water droplets on its jaw, loping slowly inland. Followed shortly by three lithe, muscled female lions, weaving and winding alongside the road busy stalking a herd of impala we’d just passed. First it was just our two cars, then there were 20. One of the females crossed the road right in front of us, burning yellow eyes appraising us. Next was a slow, ponderous buffalo crossing, followed by some grazing grey prehistoric-looking denizens of the veld we’re not allowed to mention.

11:00 a.m.  Alerted by a herd of impala, still and tense, all facing in the same direction —  a bit like in a theatre where everyone is transfixed at the action onstage. Then we saw two female lions, who ended up loping slowly alongside Keith’s Prado, oblivious to the vehicle. We followed them for a way till a snarl-up of cars ahead told us there were more to come. Five more females. It was bedlam, cars trying to get a better position, bad behaviour, and all that. 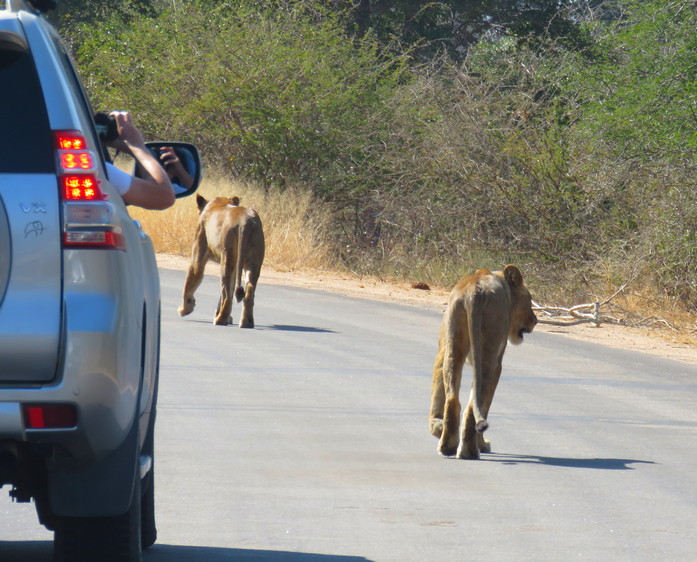 12:00 p.m.  My one enduring wish for this trip was wild dog. We didn’t quite get there, but we did get to see a pair of black rounded twitching ears in the grasses, some way in, and the shadow of a body as it got up to change position.

1:00 p.m.  It was after lunch, we were on our way again, when we encountered a long string of vehicles on the road. Next, a leopard popped up out of the bush on the road verge ahead of us — it had ducked away from all the cars and was heading purposefully in our direction! He was a beautiful specimen, panting in the heat, and directing beautiful green eyes our way a few times. We slowly followed him as he marked a few trees on his roadside amble, just a metre or two away, then he eventually threaded deeper into the bush. 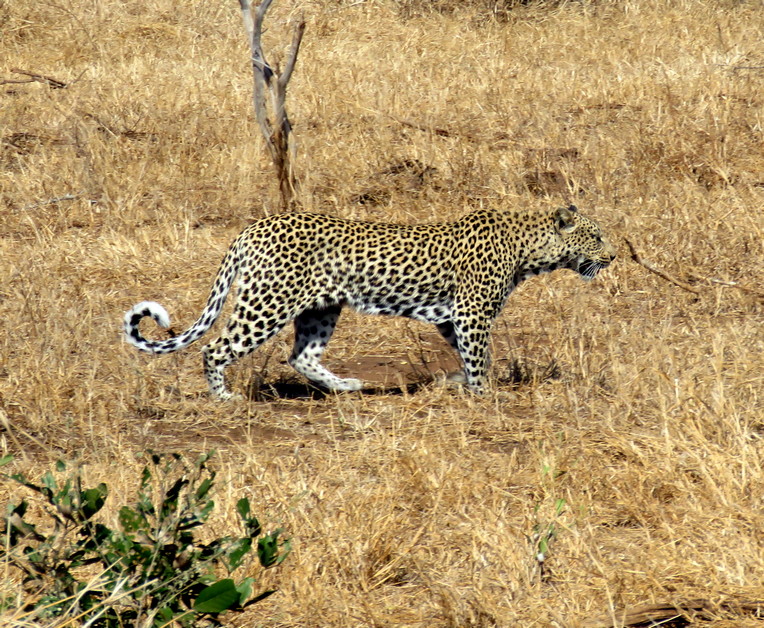 We almost fell about laughing hysterically, it had been such an improbable day. Will take a lot to beat this …

A pack of wild dogs, maybe? 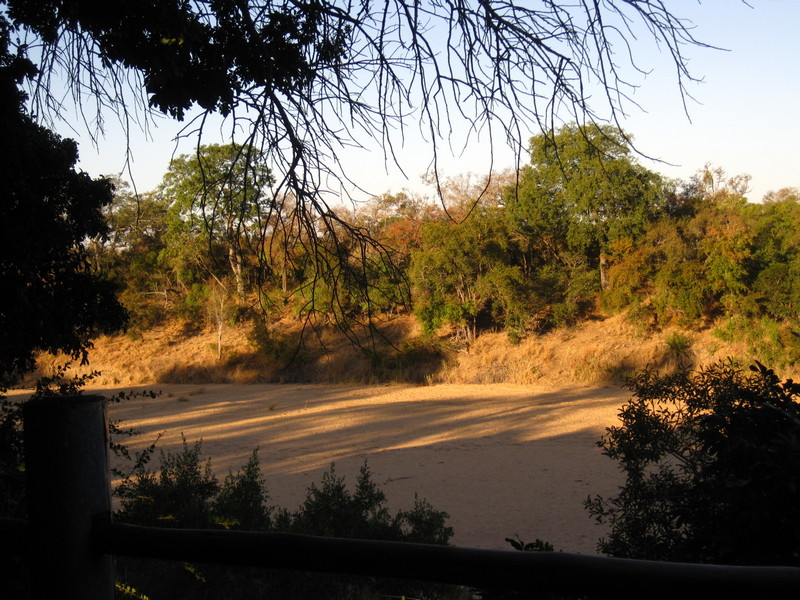 Sunset on our riverside front at Tamboti