Our tented camp is strung out along the dry Timbavati River bed and the night activity along here is wonderful. We dined to the sound of elephant crackling and munching and rumbling on the treed riverbank, listened to the whooo-oop! of spotted hyena throughout the night, and actually saw one with our spotlight right at the electric fence below us). A lion, pretty close by, also reminded us across the night that he was King of the Kruger. As we were snuggling into bed (beanies, socks, long sleeves, leggings — it was a freezing 5°C!)  Hirsh and I heard the distinct sawing-style coughs of a leopard nearby. This is what Africa is all about. 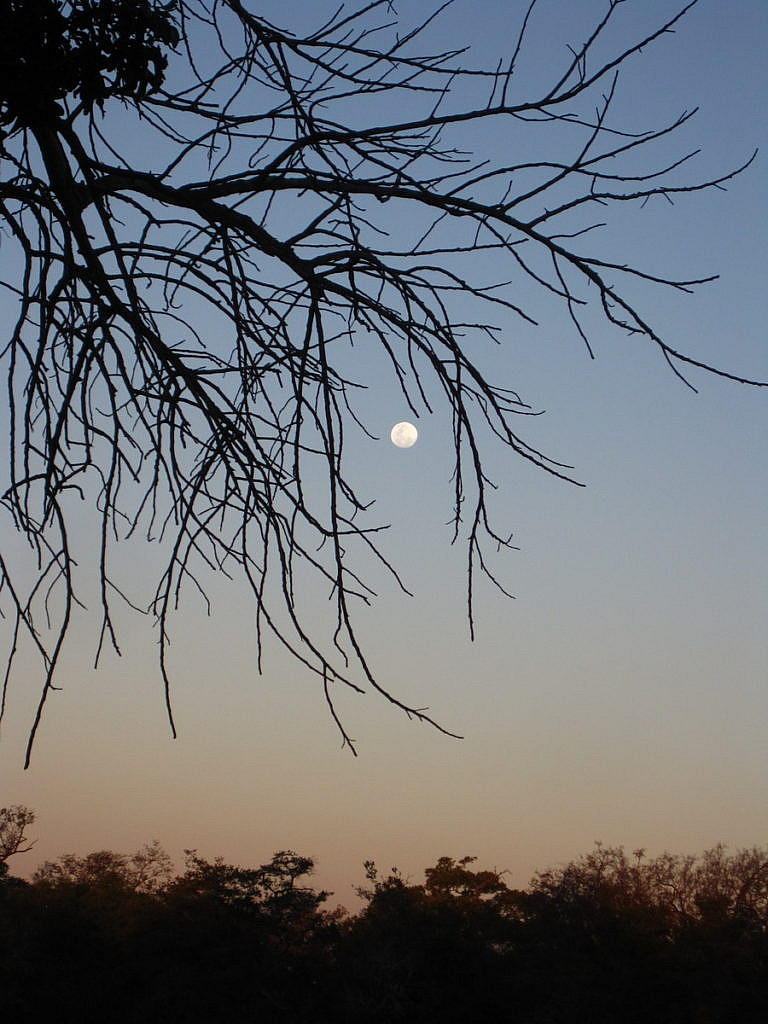 We didn’t bank on the highly aggressive behaviour of the resident honey badgers, though. While we were eating, two low-slung badgers scampered up the stairs, didn’t heed us at all and headed straight for the bin stashed in the cupboard beside us (the kitchenette is on the veranda). First time, with much stamping and shouting, the boys managed to chase them off. Later we retired to bed but not before we’d pushed our heavy portable fridge firmly against the cupboard with a solid wooden chair propped beside it. Next minute we heard scuffling on the deck, only to find a thickset male simply sliding the fridge aside with one powerful swipe. We both leapt shouting upon him. Finding himself cornered, he flared his lips and bared sharply honed teeth, hissing loudly and aggressively. We know what damage badgers can inflict so retreated slightly, but managed to give him an exit route and he scampered. After that the kitchenette was barricaded like Fort Knox using every available piece of furniture. 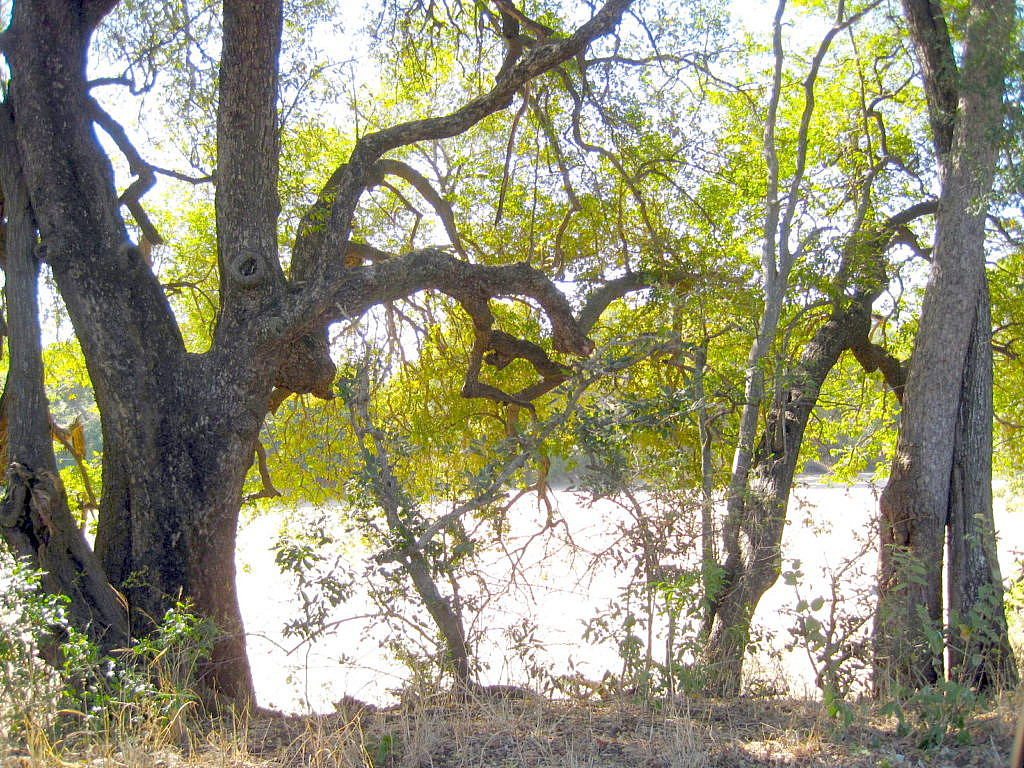 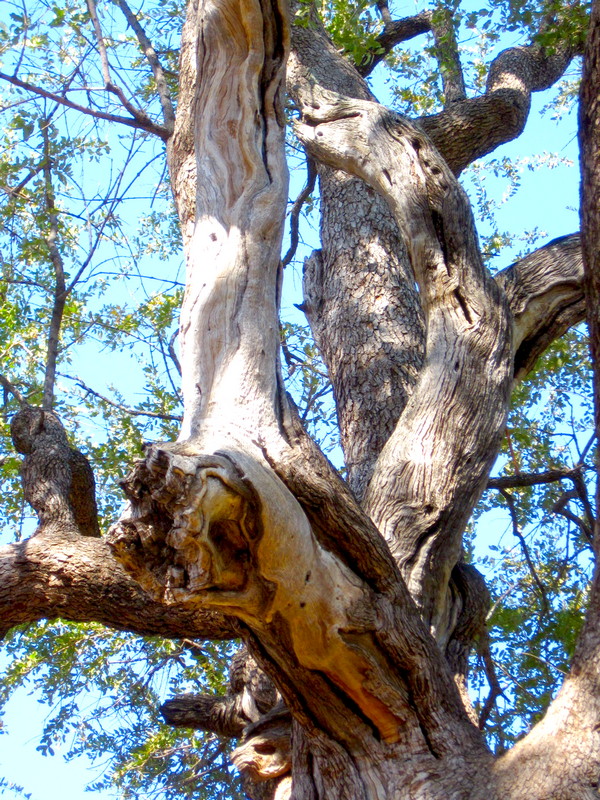 The next morning, Hirsh and I strolled to Keith’s tent to indulge in morning coffee, courtesy of his mini Nespresso machine. Such a treat in the bush. Very, very serendipitously I went back to our tent to fetch my camera. As I approached I could hear knocks and scraping inside. My heart sank. I dashed up the stairs, shouting, and by the time I’d opened the door clapping my hands loudly, a posse of vervet monkey butts were crammed into the window aperture. They’d managed to slide aside the gauze screens where, naturally, our window was open. We’re South African, after all. South Africans need air.

There were monkeys and half-digested bananas and discarded peels everywhere. Happily they hadn’t had time to get to the naartjies. After managing to shoo them out of the bedroom, I returned to the deck. They’d all gathered in a group facing me, brazen, standing their ground. When I made as if to dash at them, a couple of monkeys crouched, hissing at me with fierce little eyes and filed teeth, preparing to do a leap-charge. Obviously no fear for female two-legged creatures. Shaking like a leaf, I persisted with my stamping and shouting and managed to elicit a temporary retreat. It was a scary standoff, absolutely fearless as they were. I was trembling so much the boys had to feed me fortified coffee and rusks. 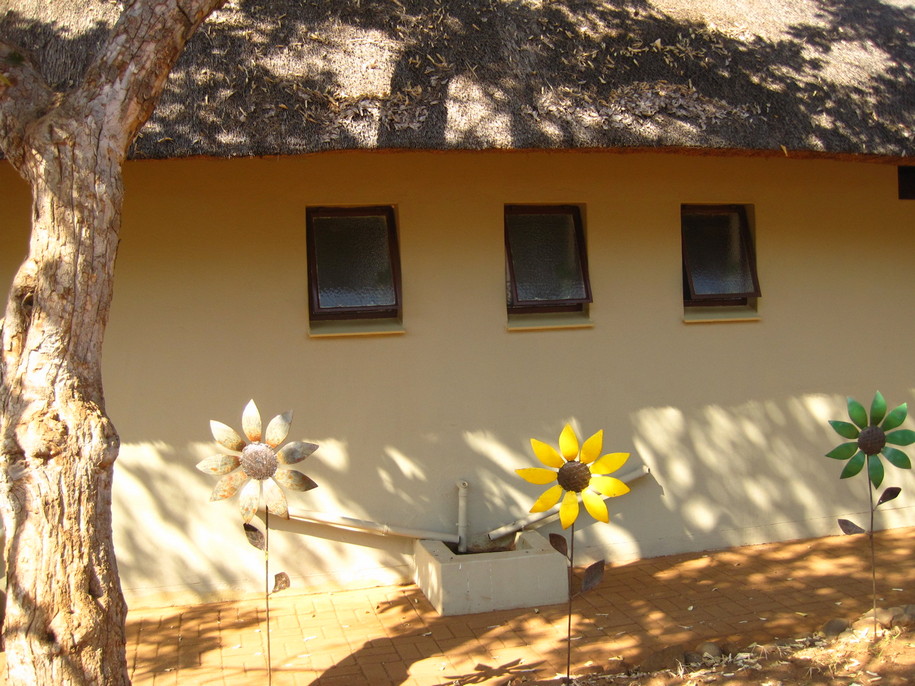 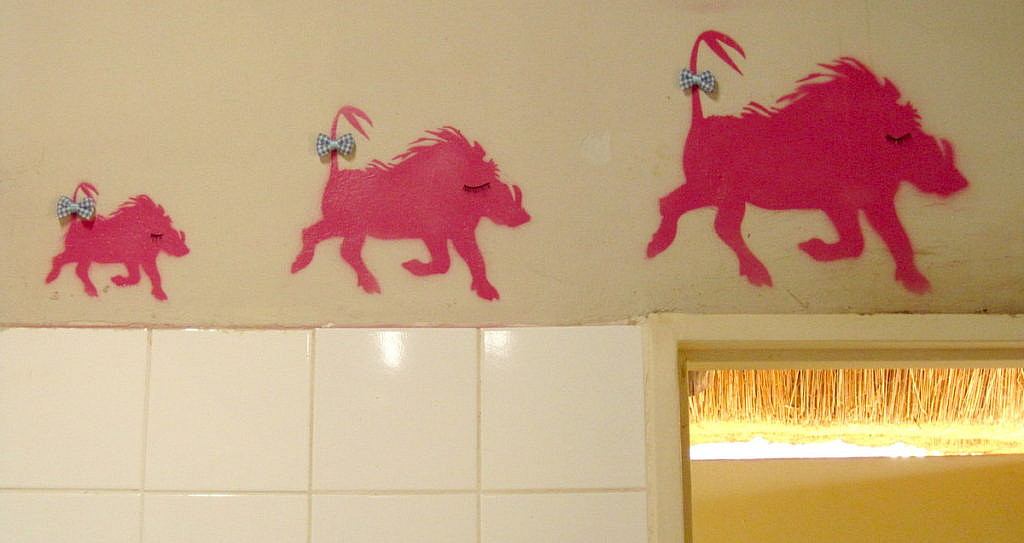 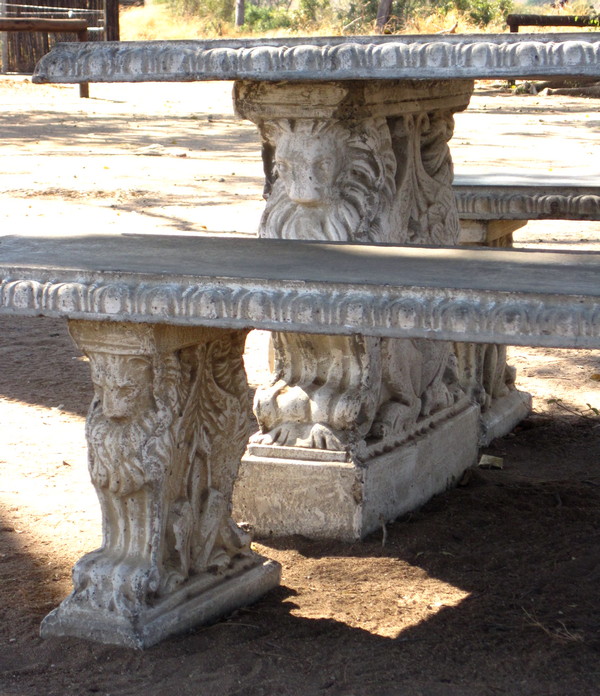 Classical lions in a bushveld setting … a little ironical.