Other than a flicking ear, this is the closest I got to a wild dog (experts like to call it painted dog these days), a logo on a safari vehicle, even if I’m now advertising someone else’s business.

Our six-hour drive to Musina just outside Kruger’s Pafuri gate felt very, very long even though we were bidding a final farewell to this amazing park. We did see a little bit of everything, including a cluster of tsessebe, and surprisingly at a small stretch of river water, a pair of fish eagles performing a duet in the same tree. But it was all very strung out, and there was little but dense mopane veld that seemed to go on and on with no reprieve. We did have fun on the Zartek radios, though. A typical conversation goes something like this.

Me, after Keith had reported a seated herd of buffalo on the left: “I can’t believe we missed that!”

Keith: “Yes, but you were busy looking at the wildebeest on the right. Don’t worry, Madame, you haven’t lost your marbles.”

Me: “Hirsh would say I lost my marbles long ago.”

Hirsh: “From a purely philosophical perspective don’t you think, Keith, that you need to have marbles to lose them?”

Otherwise the monotony was broken by lime-yellow fever trees cropping up singly along the watercourses and scruffy-branched baobabs popping up above the low mopane scrub. We joined a whole lot of other travellers at the Pafuri picnic site near Crooks Corner overlooking the Limpopo, and suddenly there was a surge in wildlife. We were stalled by four ginormous dusty elephant making slow, deliberate, carefully placed footfalls across the road; there were kudu females, nyala bulls with their striped harem, buffalo and their calves, warthogs and chance-taking baboons being pursued by parks staff with catapults. 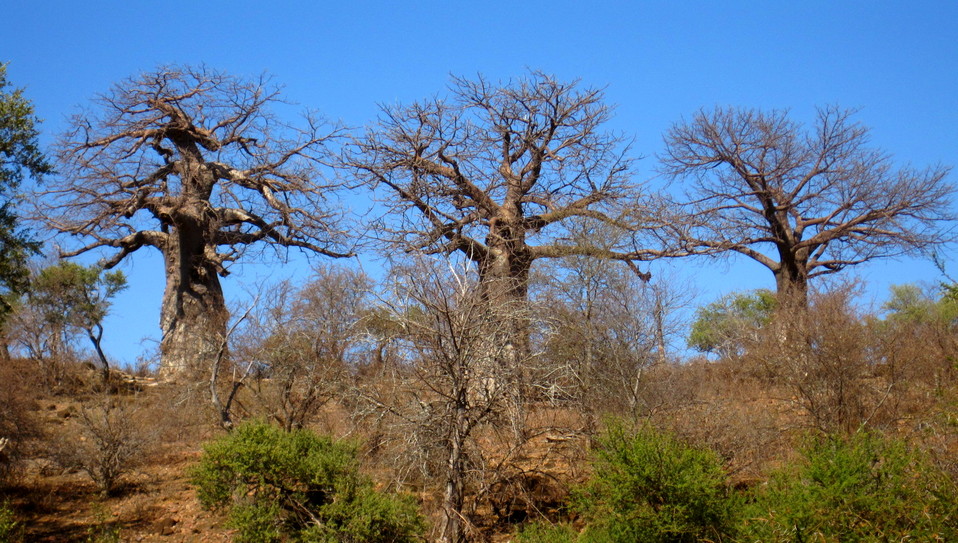 Then a quick look-see at Crooks Corner, once a place of ivory smugglers, hunters, gun runners and illegal traders in the late 1900s. It’s clear how easy it is to slip between the three countries (Botswana, Zimbabwe, South Africa). Right now it’s a vast sandy floodplain with a ribbon of water partly running through. Open flatness, no fences, unrestricted access. 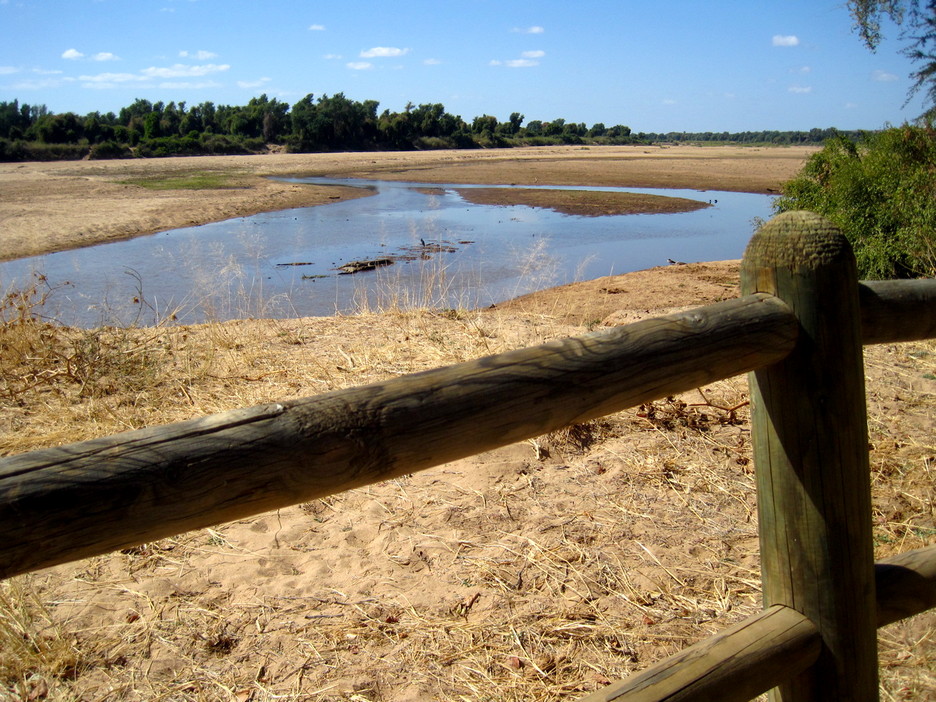 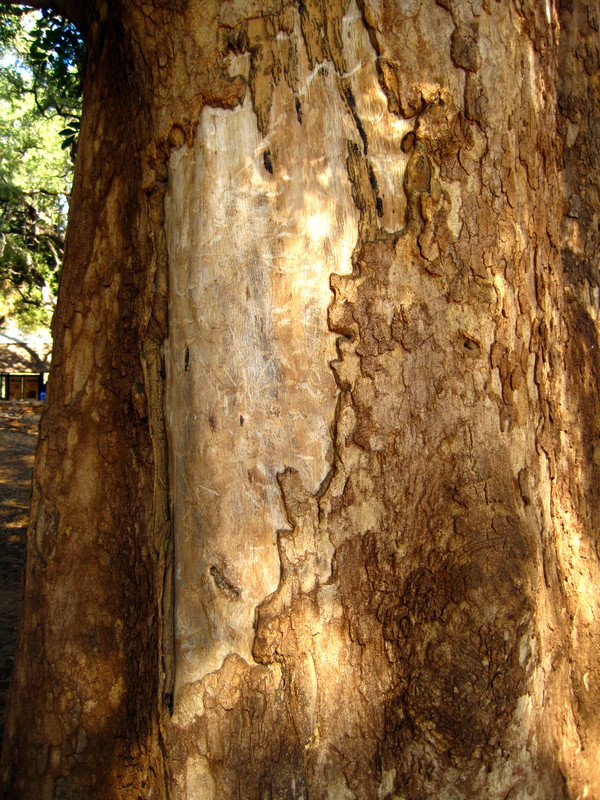 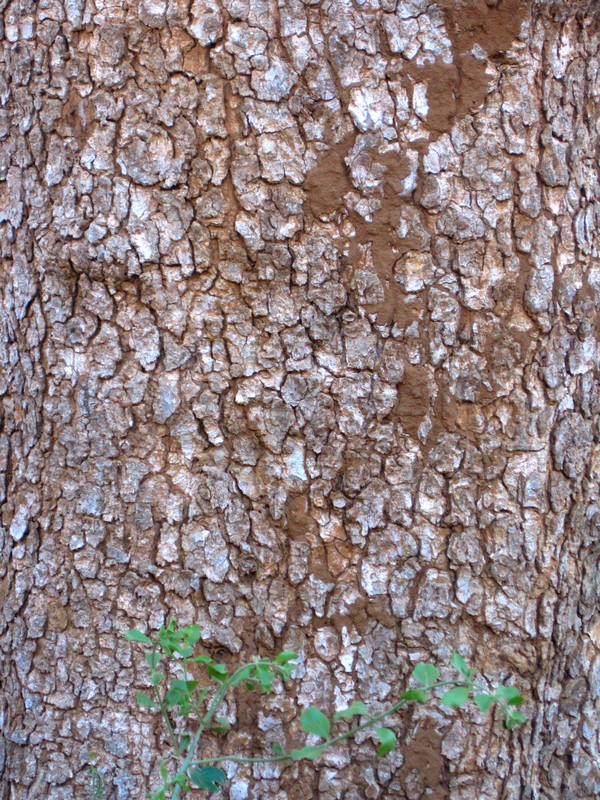 Crooks Corner: how they got away with it

At the spot where the Luvuvhu and Limpopo rivers meet is a beacon marking the convergence of four early territories: to the north, Southern Rhodesia; to the west, Union of South Africa; to the east, Old Portuguese territory; and to the south, a huge wild tract of land that is today Kruger. Wily crooks learned, while being pursued by the law, that if they reached the beacon and stood on the opposite side of it, their pursuers would violate an international boundary and could not make an arrest. The story goes that even sitting on top of the beacon assured a crooked character his protection. 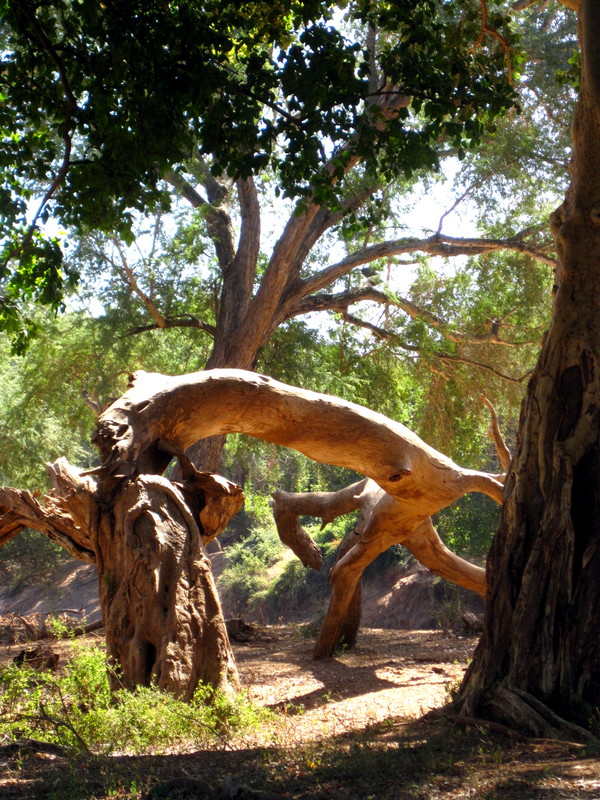 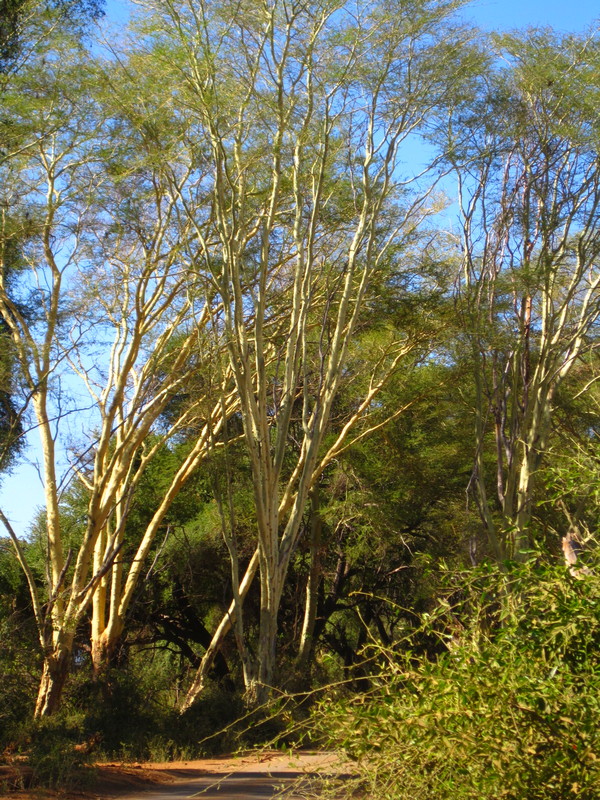 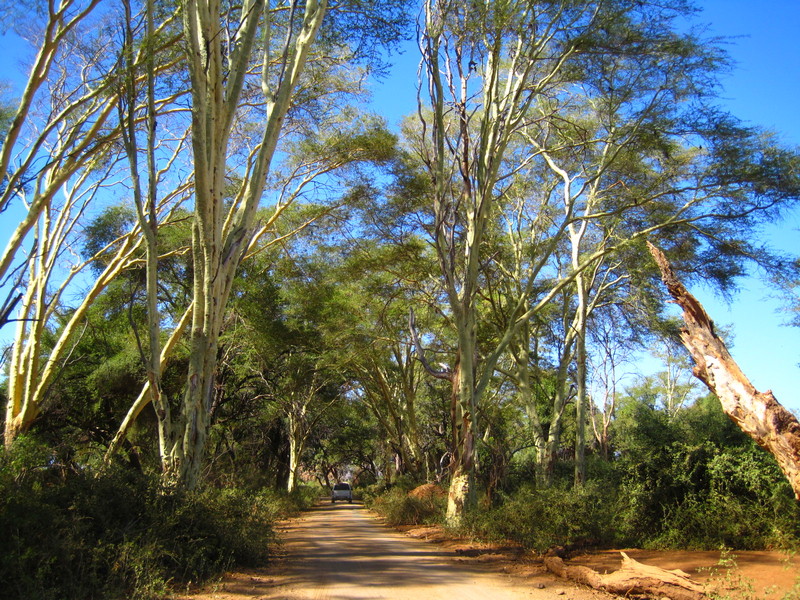 Driving along the river and through the Fever Tree Forest. My favourite spot in this area.

It was a shock to the system to go from wild animals and bushveld to the sprawling lively rural communities of Limpopo. An uninterrupted string of rudimentary dwellings, donkeys, goats, and roadside shelters selling vegetables. Then we played dodgems with the potholes and eaten-away edges of the tar all the way to Musina. Which is another eye-opener. Shanty villages abut the main town centre, which itself is a mangled mix of shanty structures sandwiched between sophisticated mall and everything in-between. Minibus taxis Limpopo-style means driving down the main street (potholed all the way) with your elbow on the horn to attract customers, so the din is cacophanous and unending. I’d be committed to the loony bin in just an afternoon. 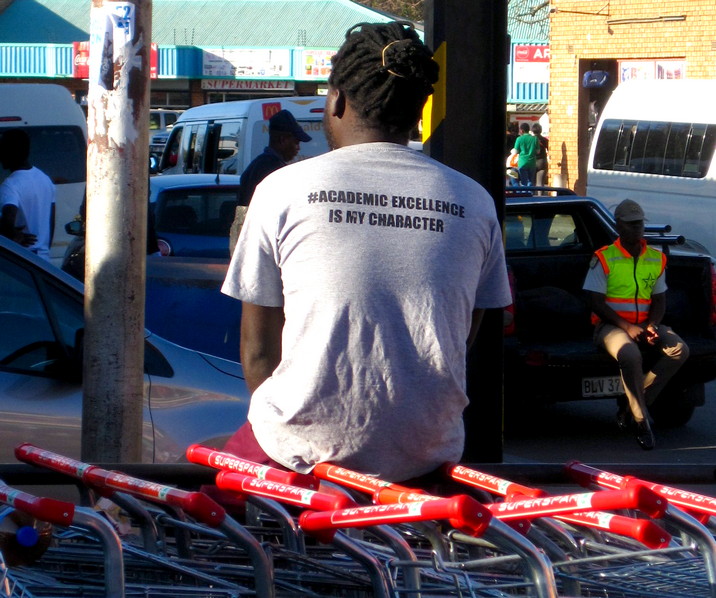 And here we are in the wondrous rock-mountain landscape of Mapungubwe, installed in the beautifully appointed Leokwe Camp, entirely surrounded by crusty red stone. Only snag: all-day power cut with no means to find out why. Dinner will be a braai under the stars eaten by candlelight. 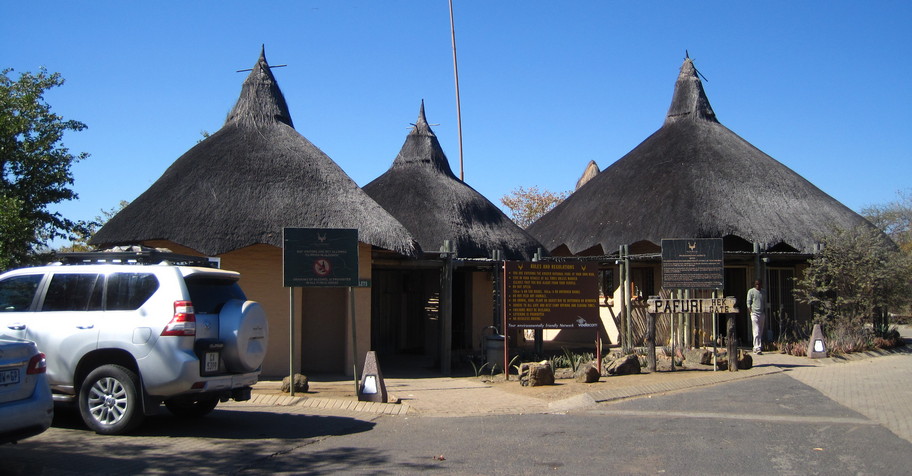 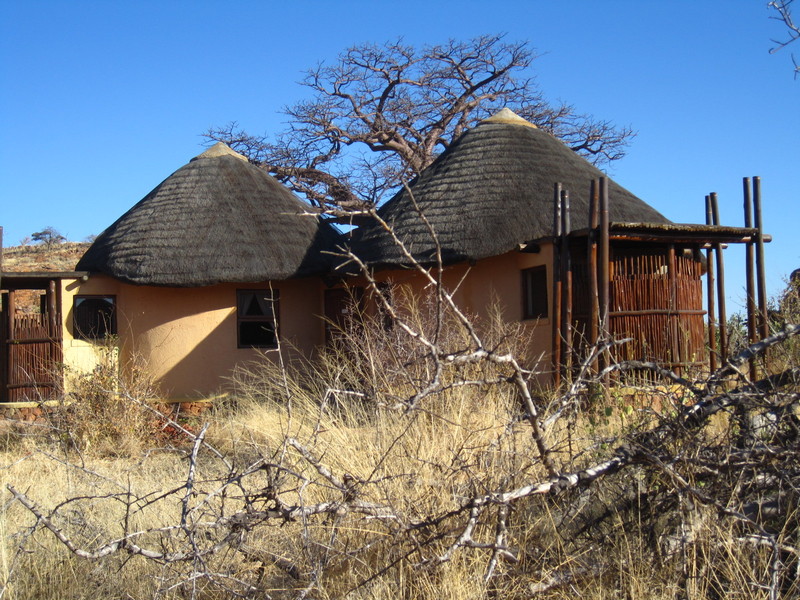