In Marakele Tlopi Tented Camp wins hands down. Consisting of wood, glass and canvas, and again, heavily monkey-proofed — vervets are notoriously mischievous and nifty here; many a foreign visitor has been caught unawares — its position right at the edge of the Tlopi Dam is magic, with views across to those giant sandstone molars. 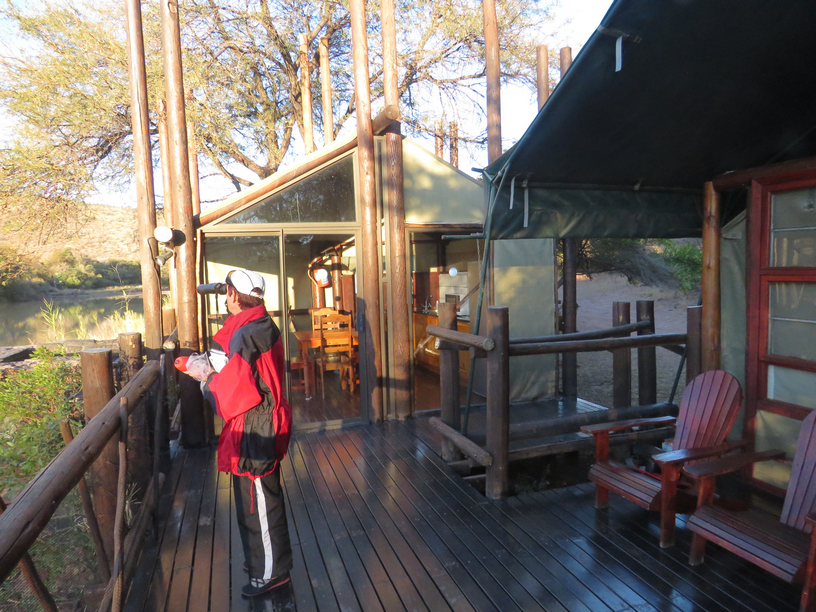 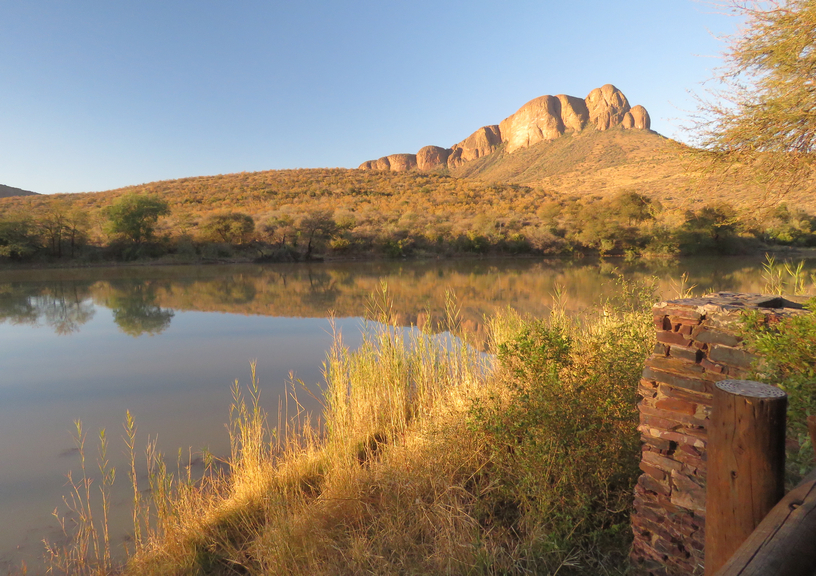 The view from Tlopi Tented Camp. That mountain range looks just like a giant’s jaw with its set of molars. I can’t claim to have taken these two photographs (well, obviously); they’re Hirsh’s artistic eye.

Our afternoon drive took us up to the Lenong Viewpoint at the top of a mountain near a series of massive communication towers. The route is spectacular. You wind up, and up, on single-lane tar hugging the edge of the mountain, rising so high you feel you’re on top of the world as you gaze down on surrounding mountain crests. Not good for vertigo. My stomach was already doing flip-flops. We rose to 2,060 metres where the air was decidedly cooler. Walking over a series of jumbled boulders there is a bench from which to watch vultures spiralling on the thermals. It was late in the afternoon, but every now and again, Morse code dashes of wings would suddenly materialise and the sky would fill with vultures performing their last circuit for the night. If I remember correctly (I’m out of range of web connectivity) there are several species, including white-backed and lappet-faced. But don’t quote me. 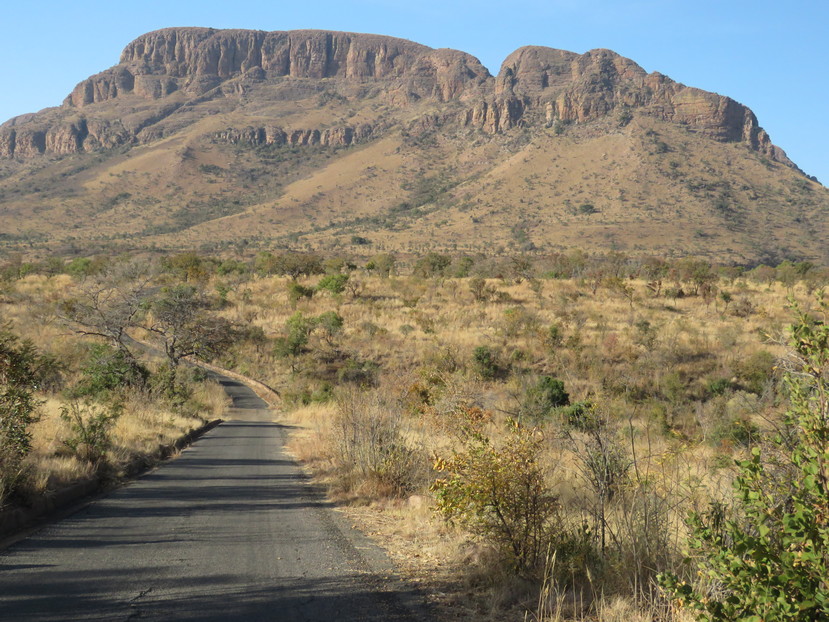 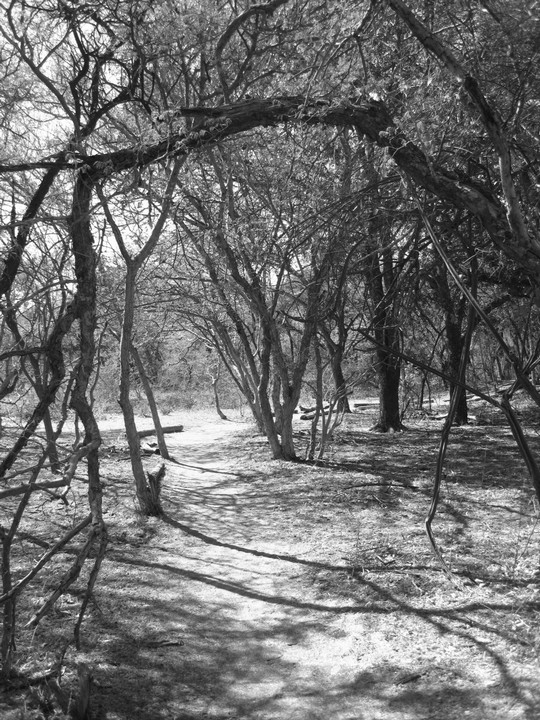 A monochrome treatment to the lovely wooded tracts.

Then, near the camp, a large herd of buffalo, spread out on either side of the road. So in the end we saw, as the boys said, the Big Three: rhino, elephant and buffalo. Just as darkness fell on the dam, some hysterical shrieking announced a long line-up of elephant with their requisite tiny babes making a slow single-file procession to the water’s edge. All you could hear was the swish-slurp of water being drawn up into trunks. A lovely end to our day. 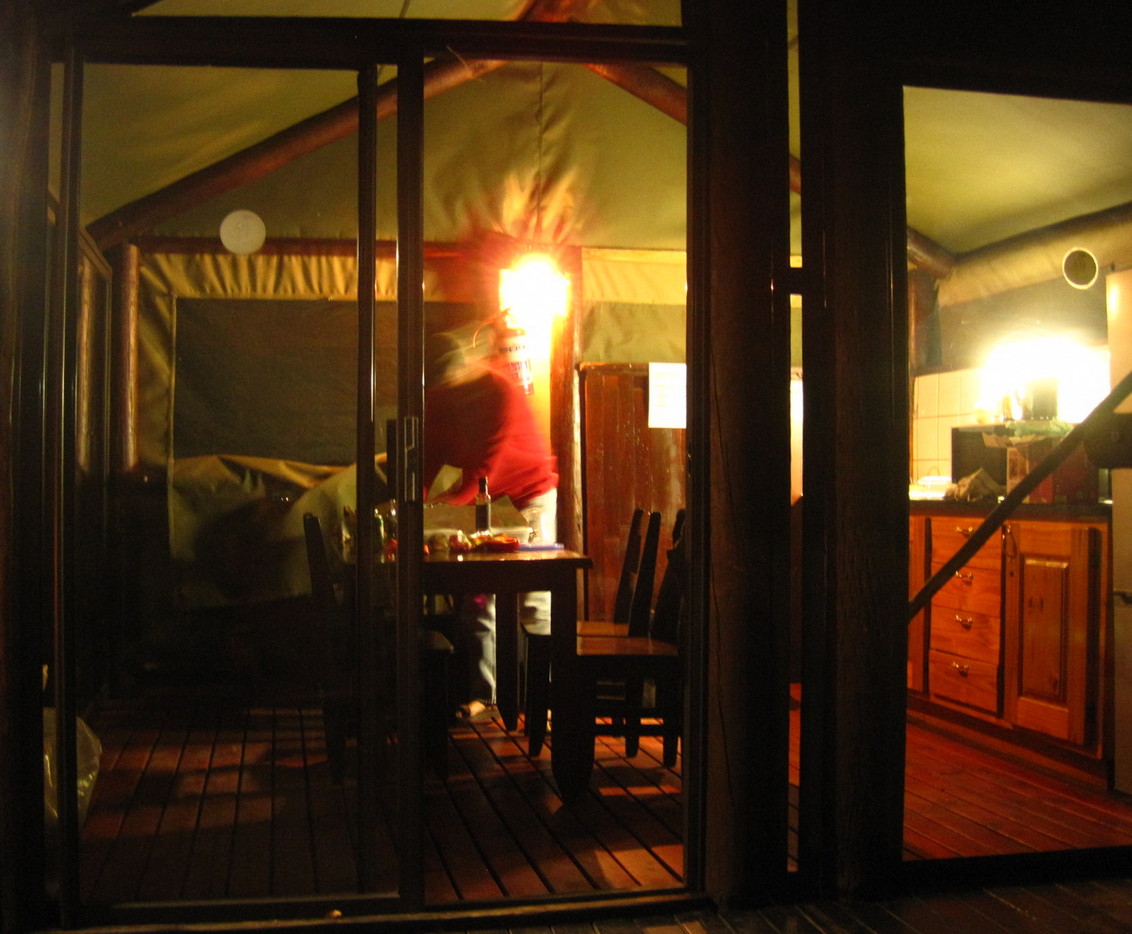 Our travelling chef preparing dinner in the adjacent glassed-in kitchenette. 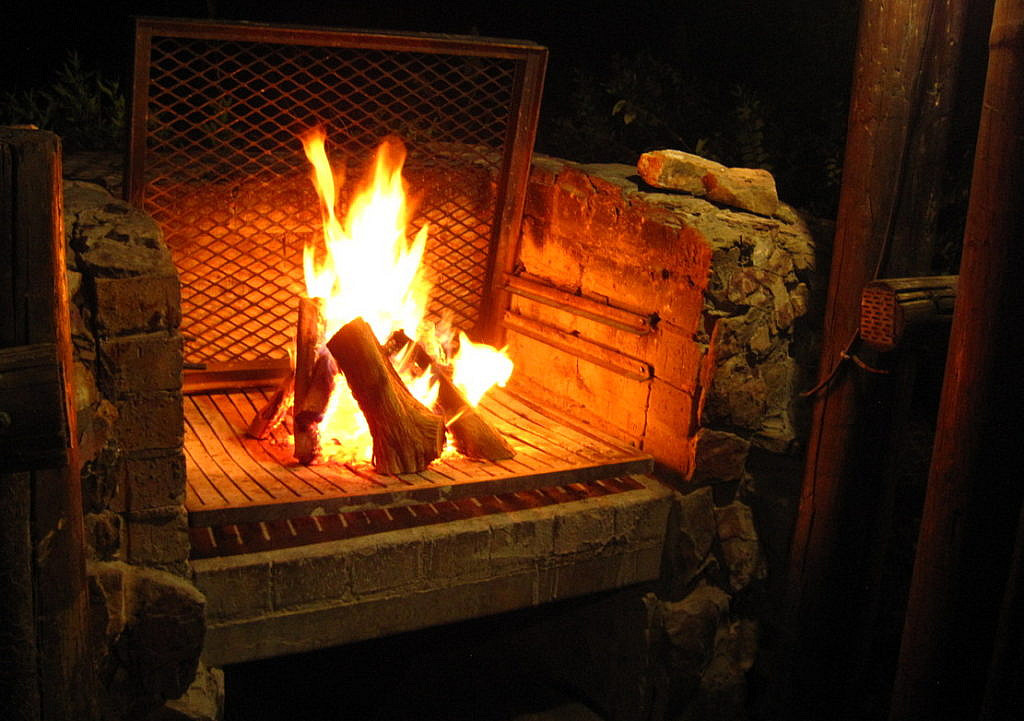 But what a night. One day you’re below 5°C, in bed with leggings, socks and beanies, the next there’s an enraged warm wind, pushing and pummelling and sucking at the tent, flaps are slapping and banging, trees are thrashing and bowing and sighing. If felt like elephants charging, then retreating, charging, then retreating. And even sometimes as if a sizable butt was sitting against the tent wall, rocking your bed. Needless to say, no-one slept. And the alarm trilled at 4:45 so we could drive the 8 hours to Mokala.

Did we say bushwhacking was fun? Just kidding. We got over it. 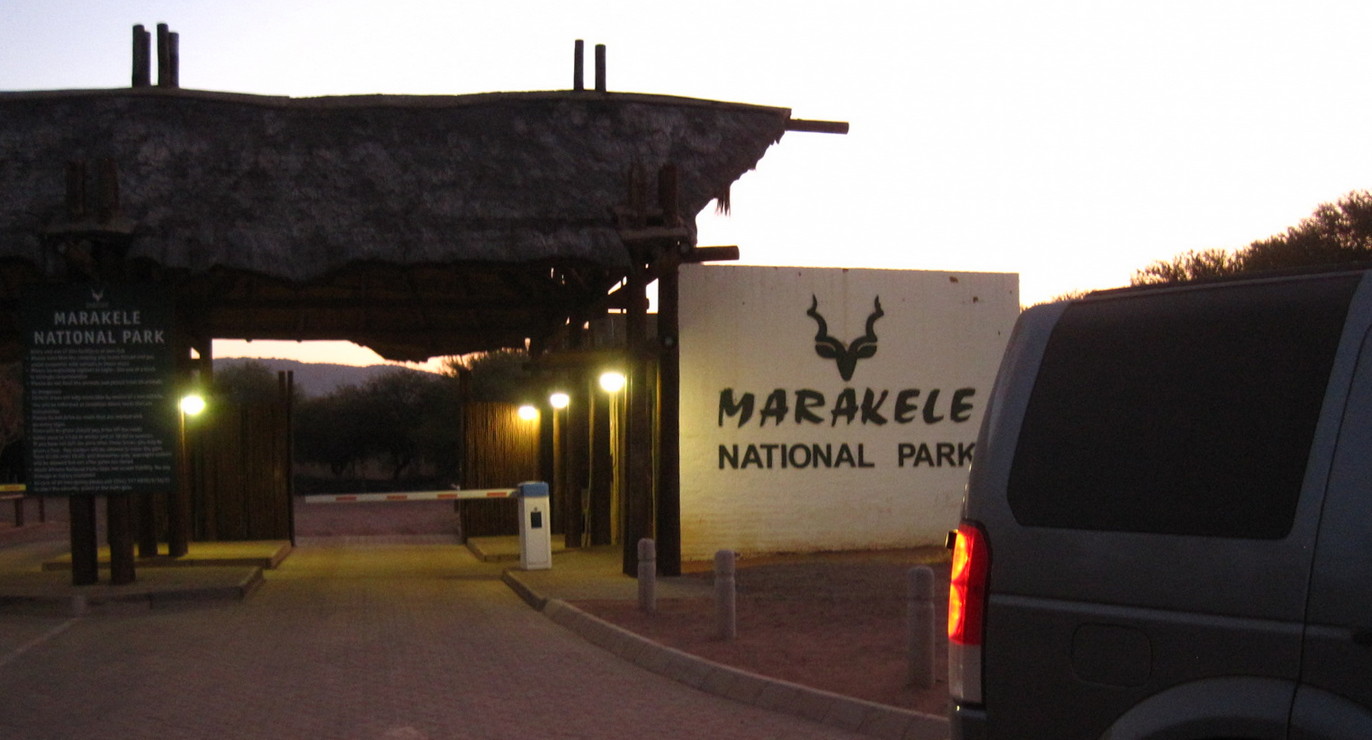 Leaving the park at sunrise. Winding our trip down, now!