A short, gentle sojourn in Groot Brakrivier (or Great Brak River to the English) opened my eyes recently to how we sometimes underestimate what very long stretches of silky-sand beaches (in a still-pristine state) we have in South Africa. We walked for kilometres on broad ribbons of powdery sand, sometimes flanked by high dune ridges, sometimes pancake-layered sedimentary rock, which could have been lifted straight out of the De Hoop Nature Reserve. Bar the roofs of houses lining the ridge tops, we were the only people — my friend, her dog Grace and I — on the entire stretch of beach.
Okay, there was a single fisherman. 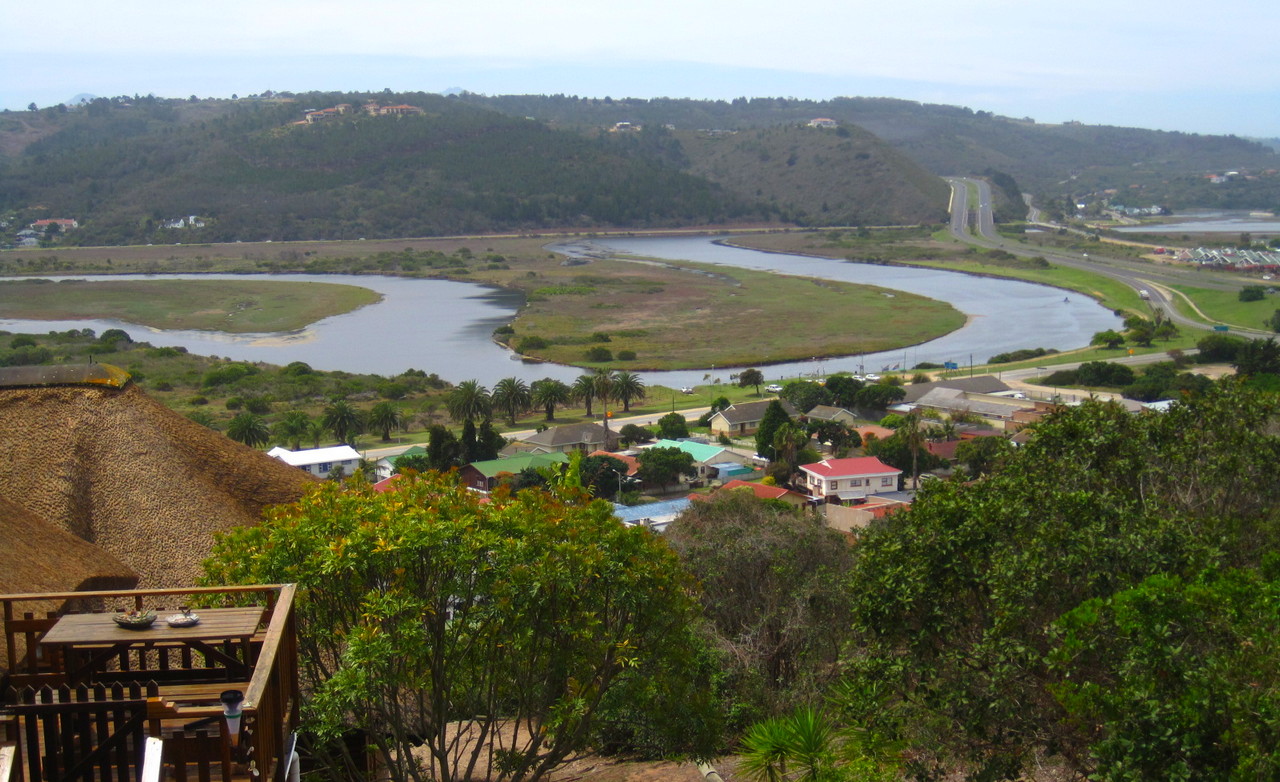 A beautiful horseshoe in the Groot Brak river just as it reaches the Indian Ocean. At the estuary, the river splits around an island — large enough to carry a slew of residential holiday homes — before emptying into the sea. Groot Brakrivier is sandwiched between George and Mossel Bay, on the Garden Route. 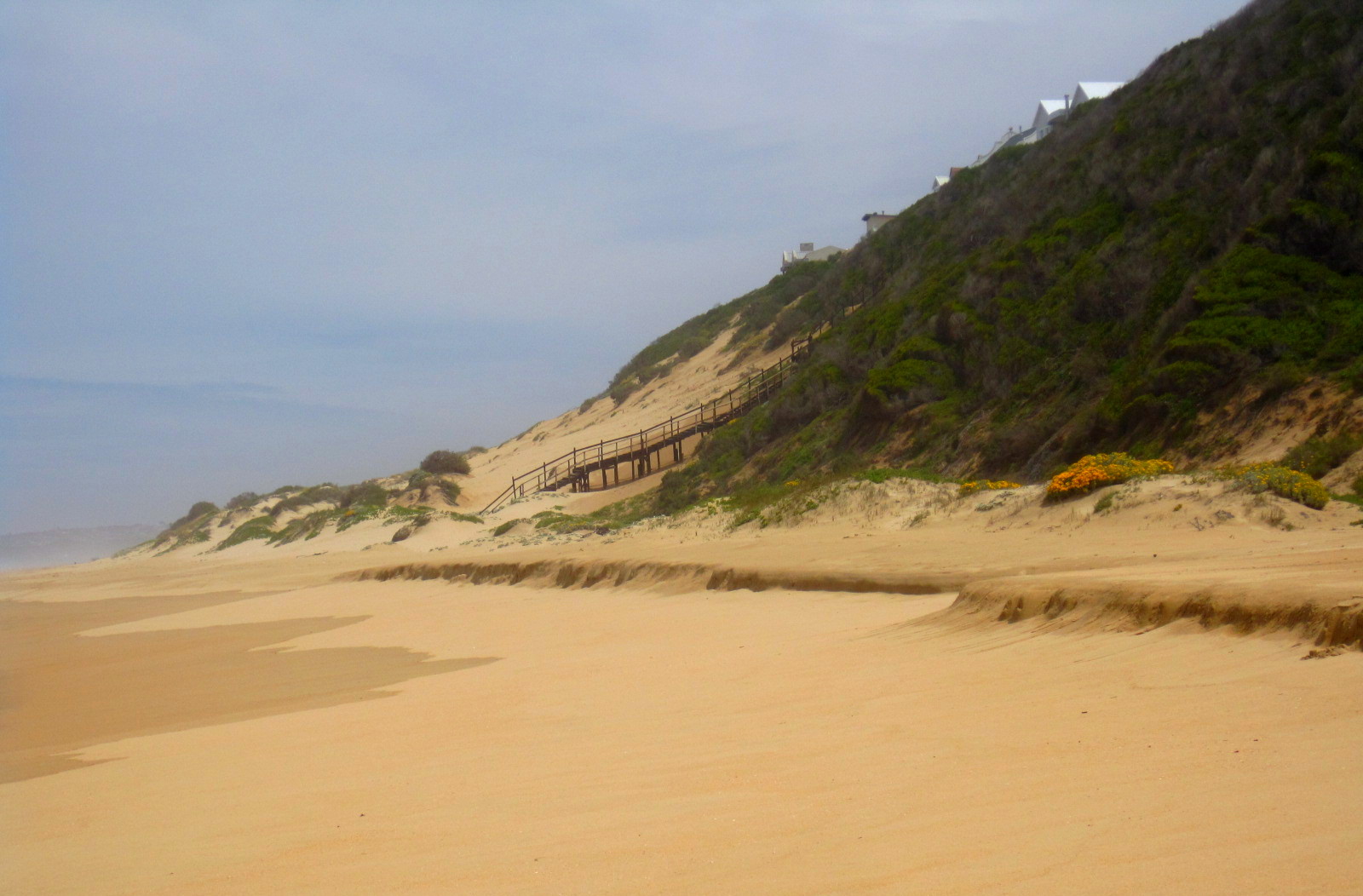 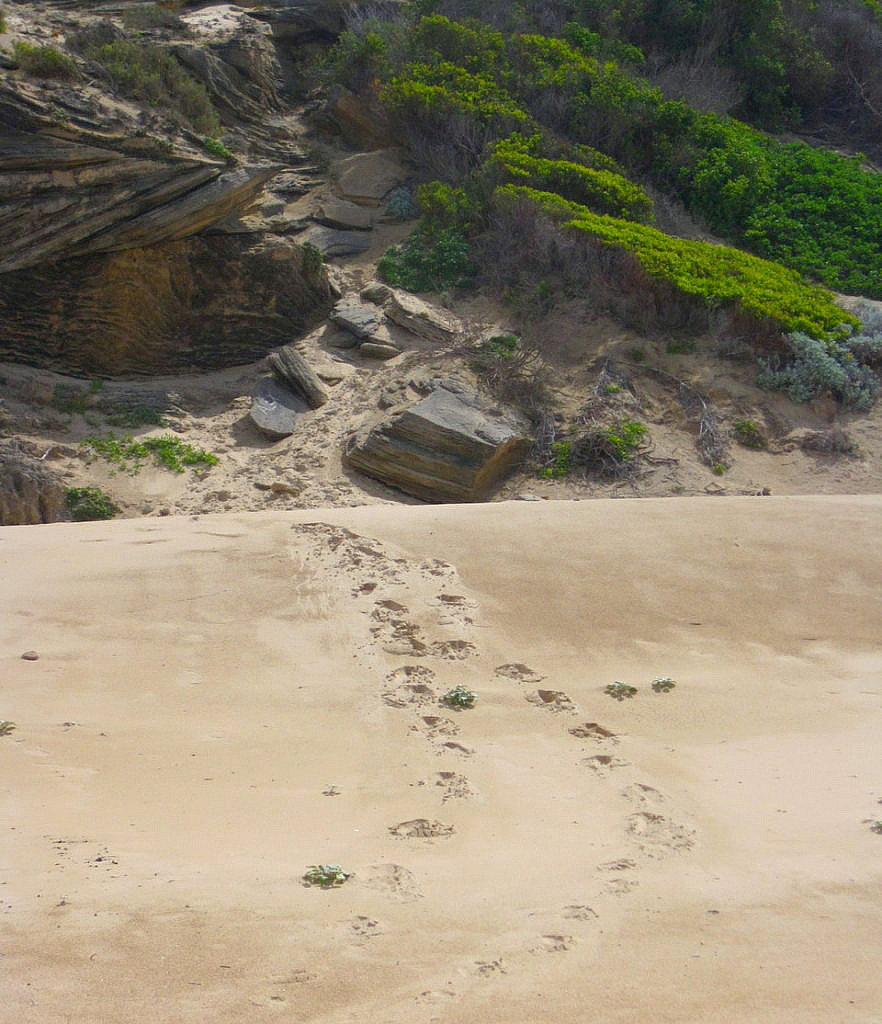 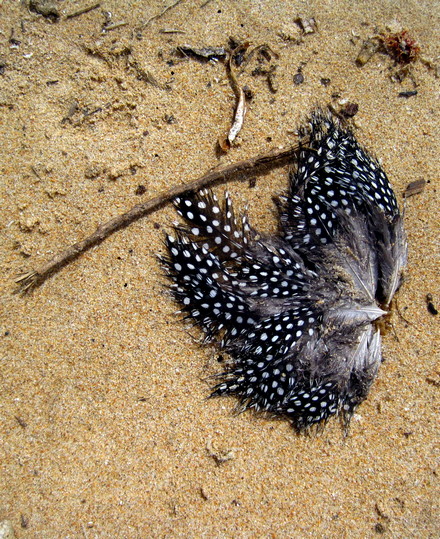 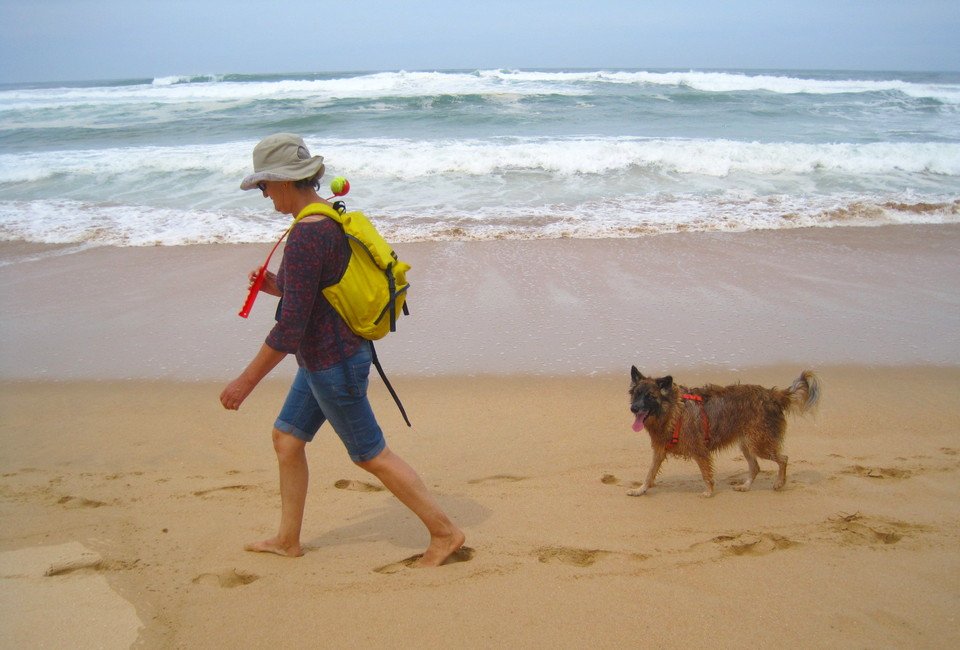 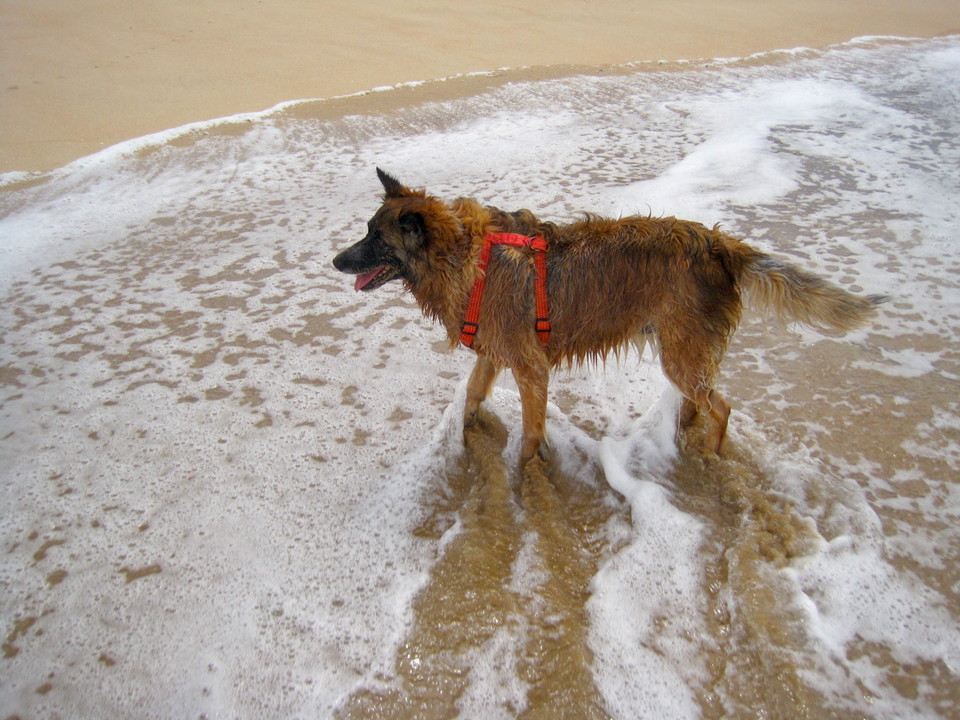 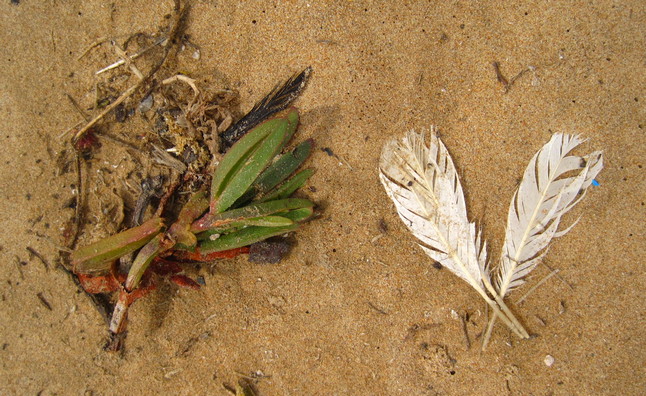 Then off to The Island — the one between the arms of the Groot Brak River — which is linked to the mainland by a single-lane bridge (large vehicles need not apply) for a session of sunset yoga. 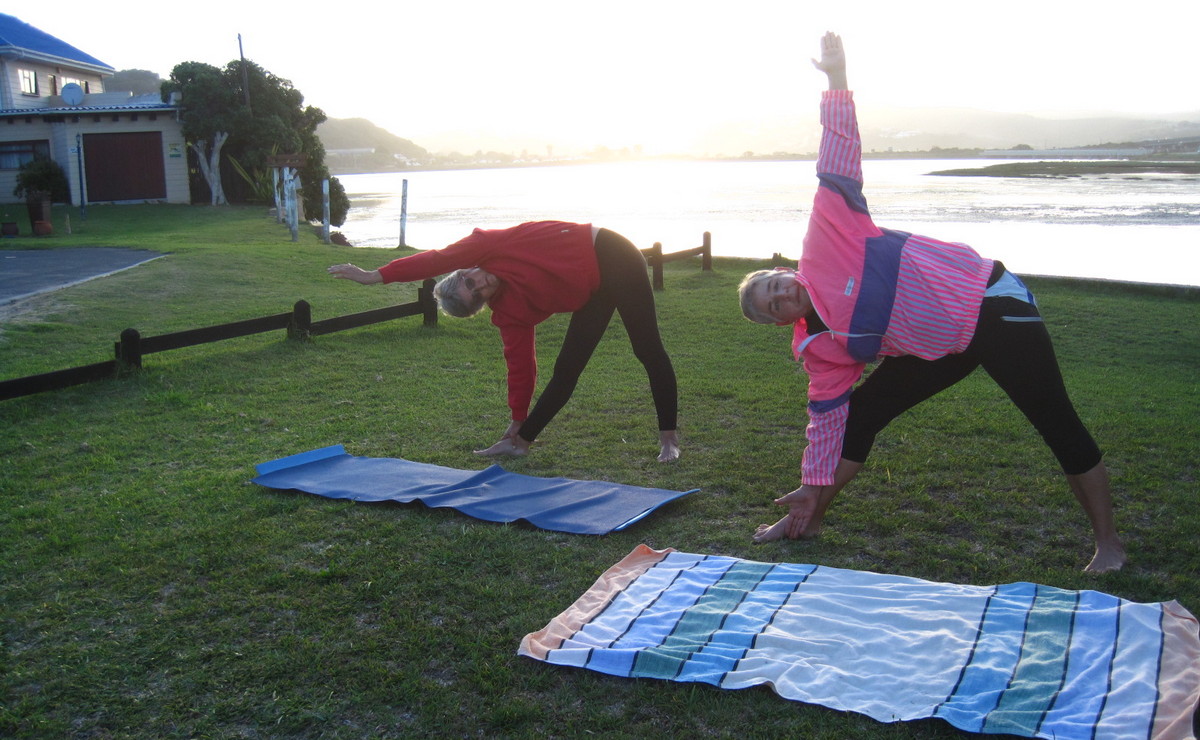 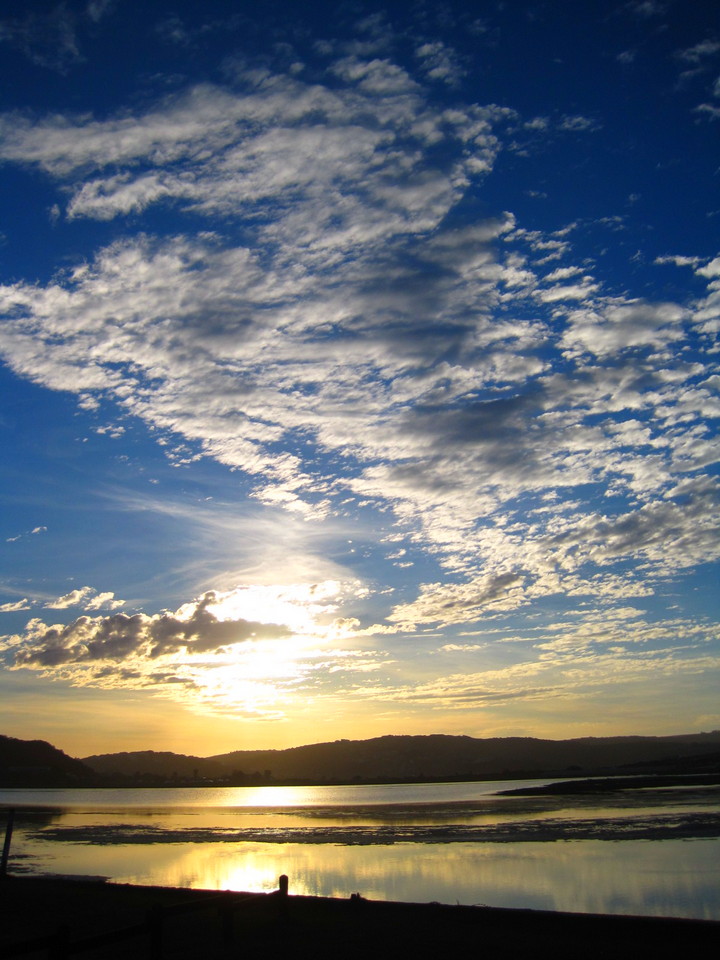 Textures of The Island and artist Laurinda Smit’s beautiful sculpture garden (below right). 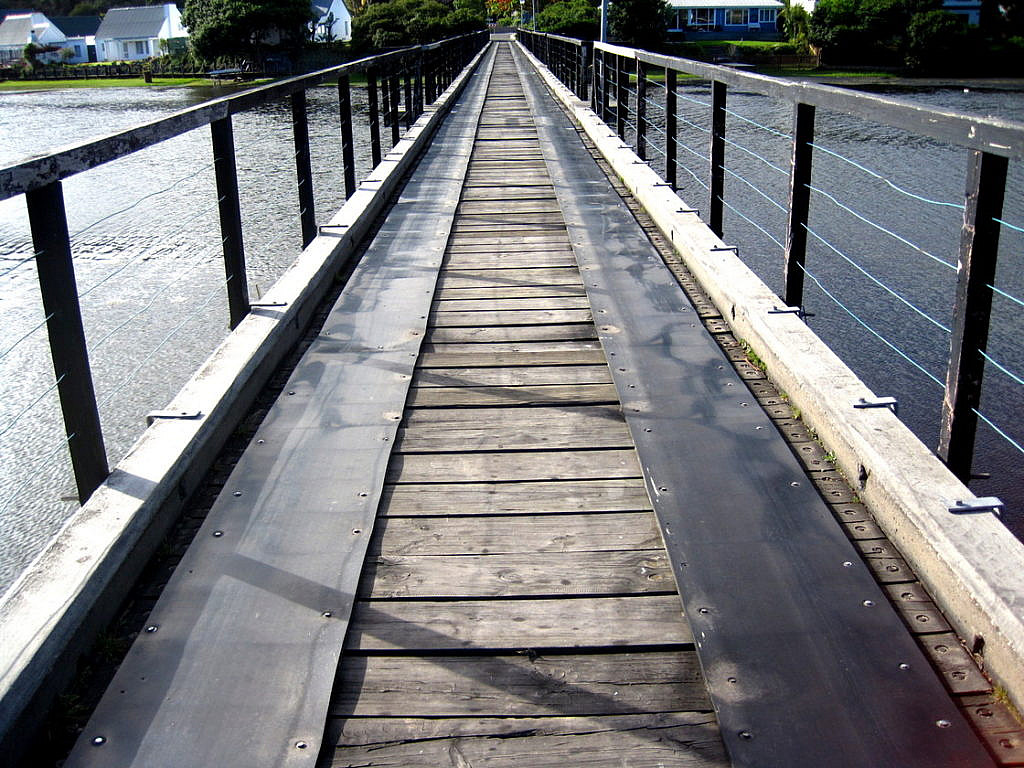 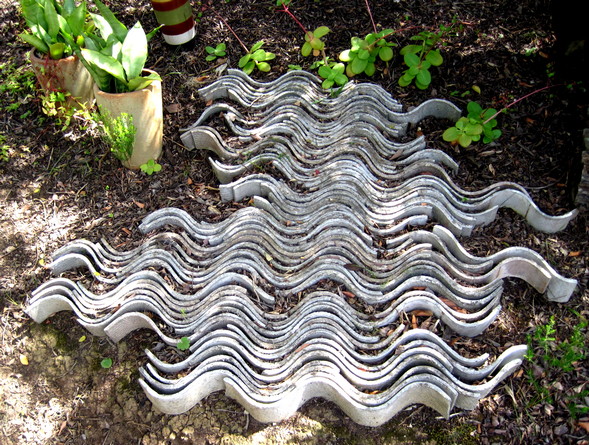 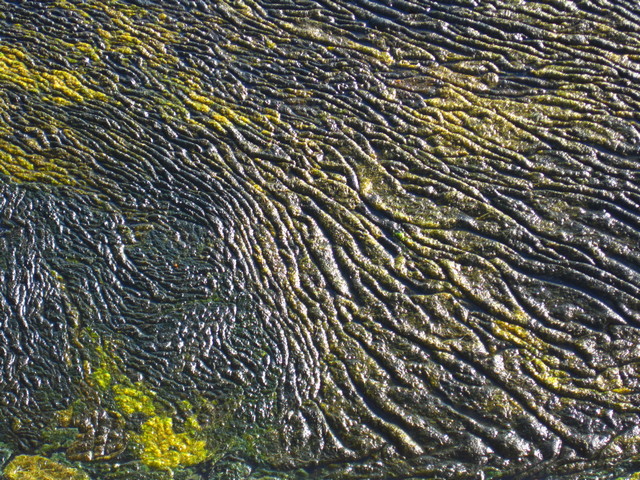 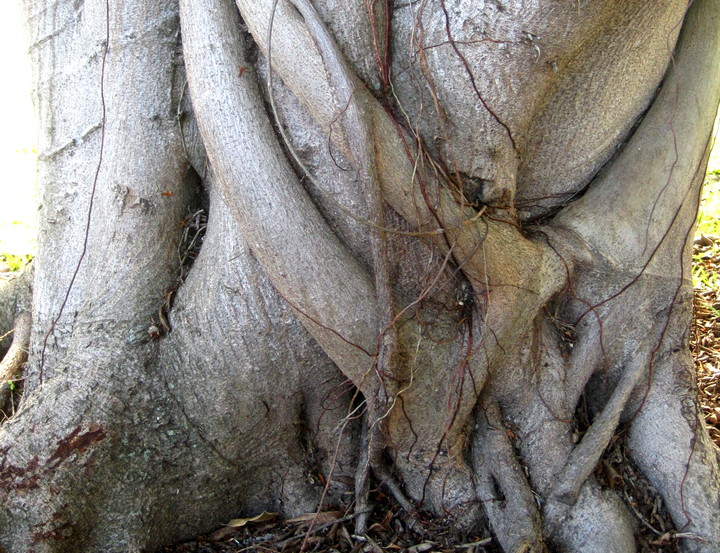 The holiday homes on The Island look a little dejected and soulless with no laughter inside and curtains tightly drawn. Apparently the houses only come alive in December. 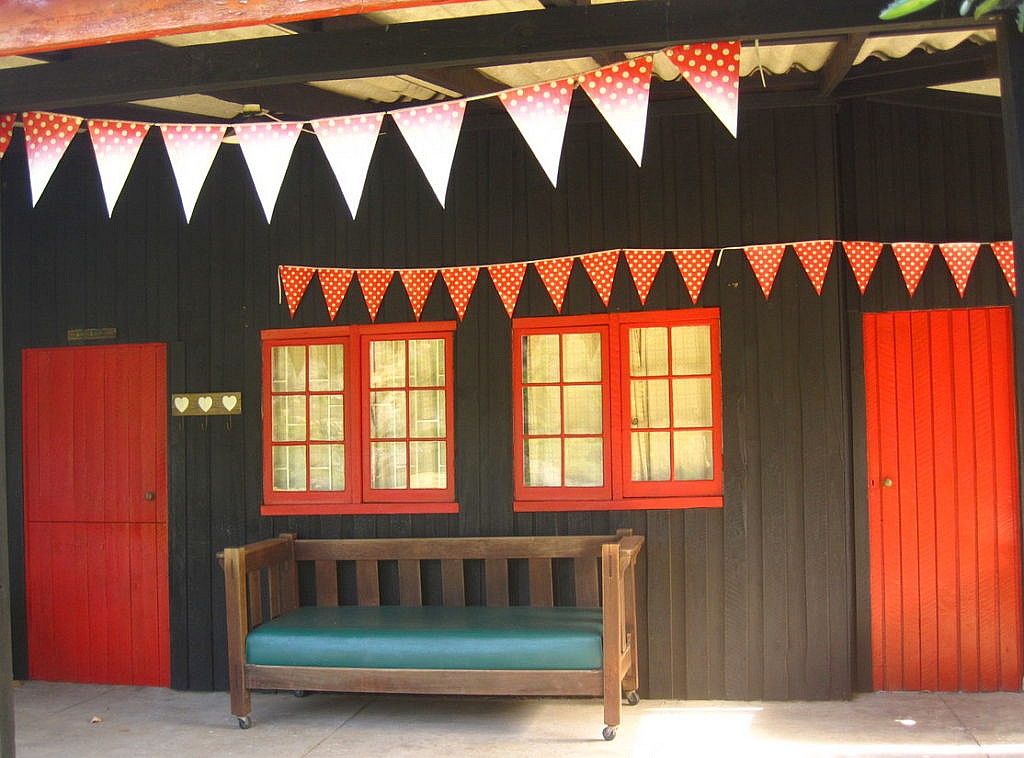 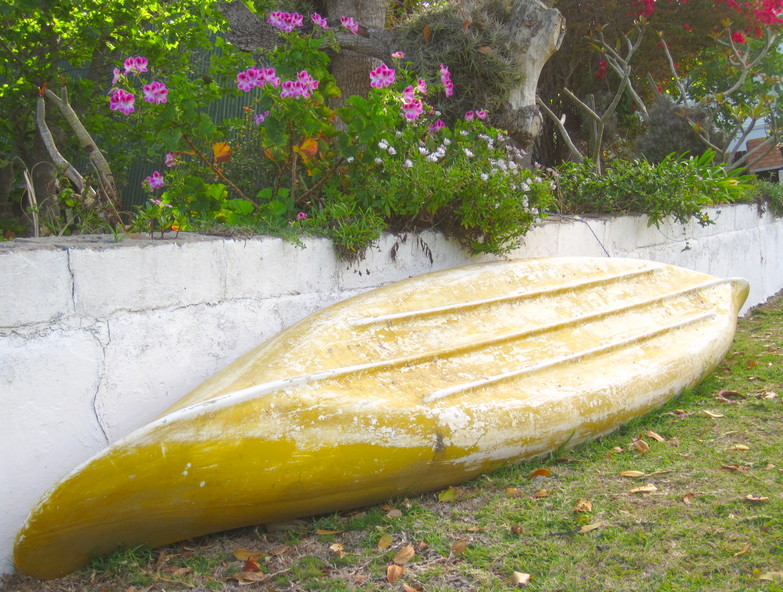 Locals love kayaking on the arms of the river cradling The Island but at certain times of the year, the matted vegetation can pose a problem. Groot Brak residents wait for the river to breach to clear out the dense mats. 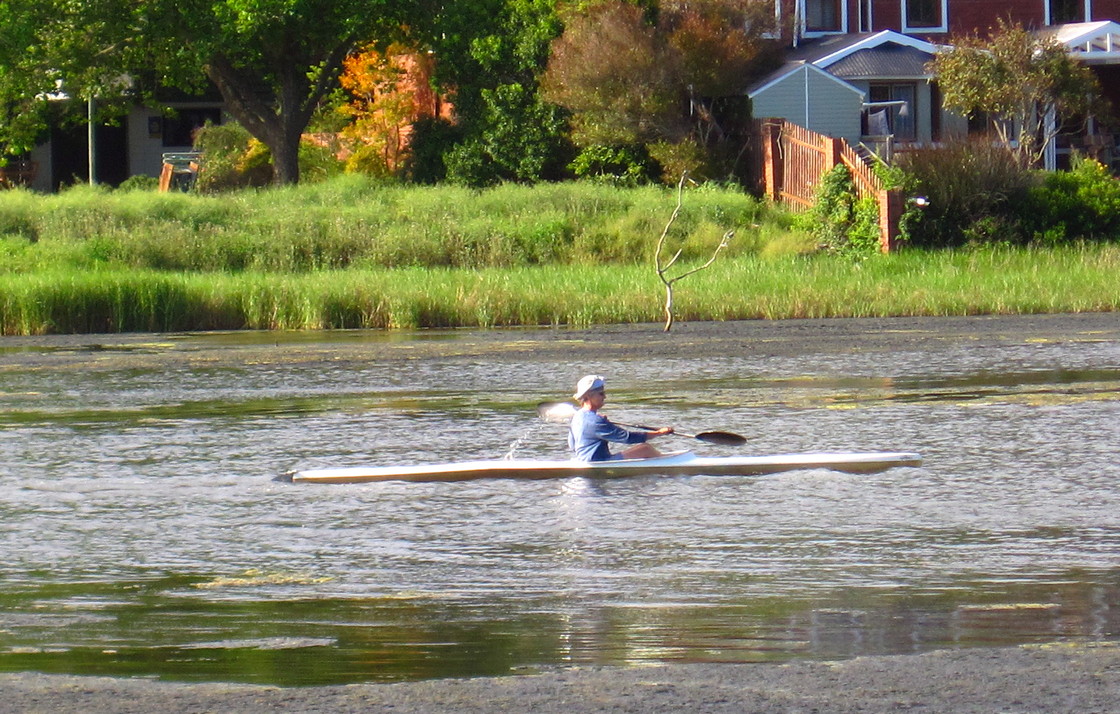 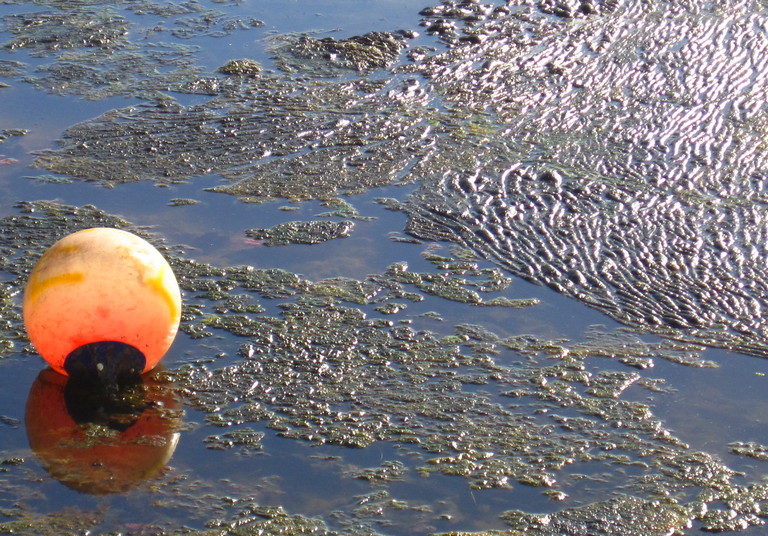 The river was named for its brackish waters (the Afrikaans word, brak). 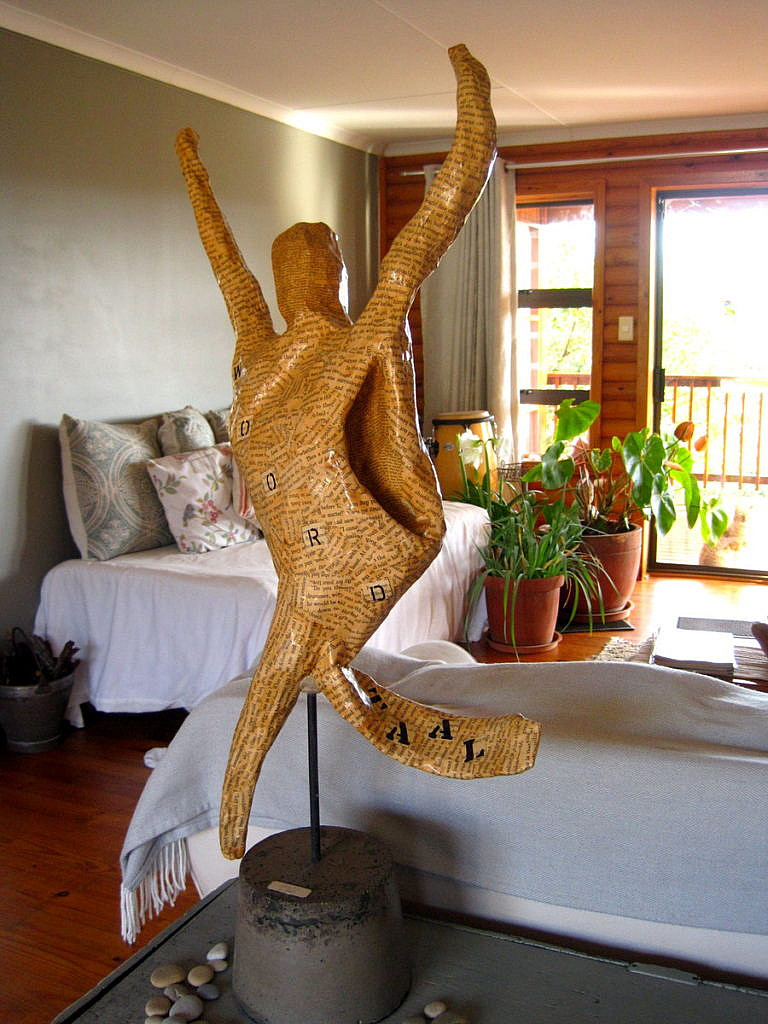 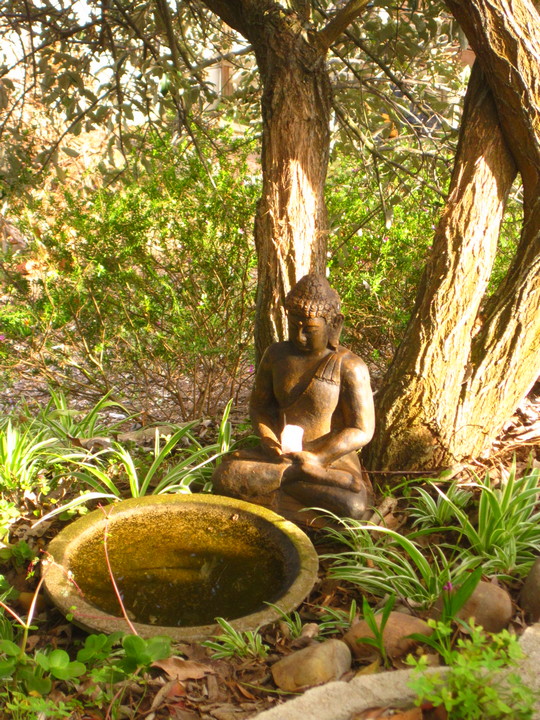 The beautiful home and garden I was privileged to spend a few days in. I had a Knysna Warbler peeping and trilling outside my bedroom window all night long. How it never needed to take a single breath from all that warbling is beyond me. But how’s that … I had to leave Knysna to hear a warbler in Groot Brak!