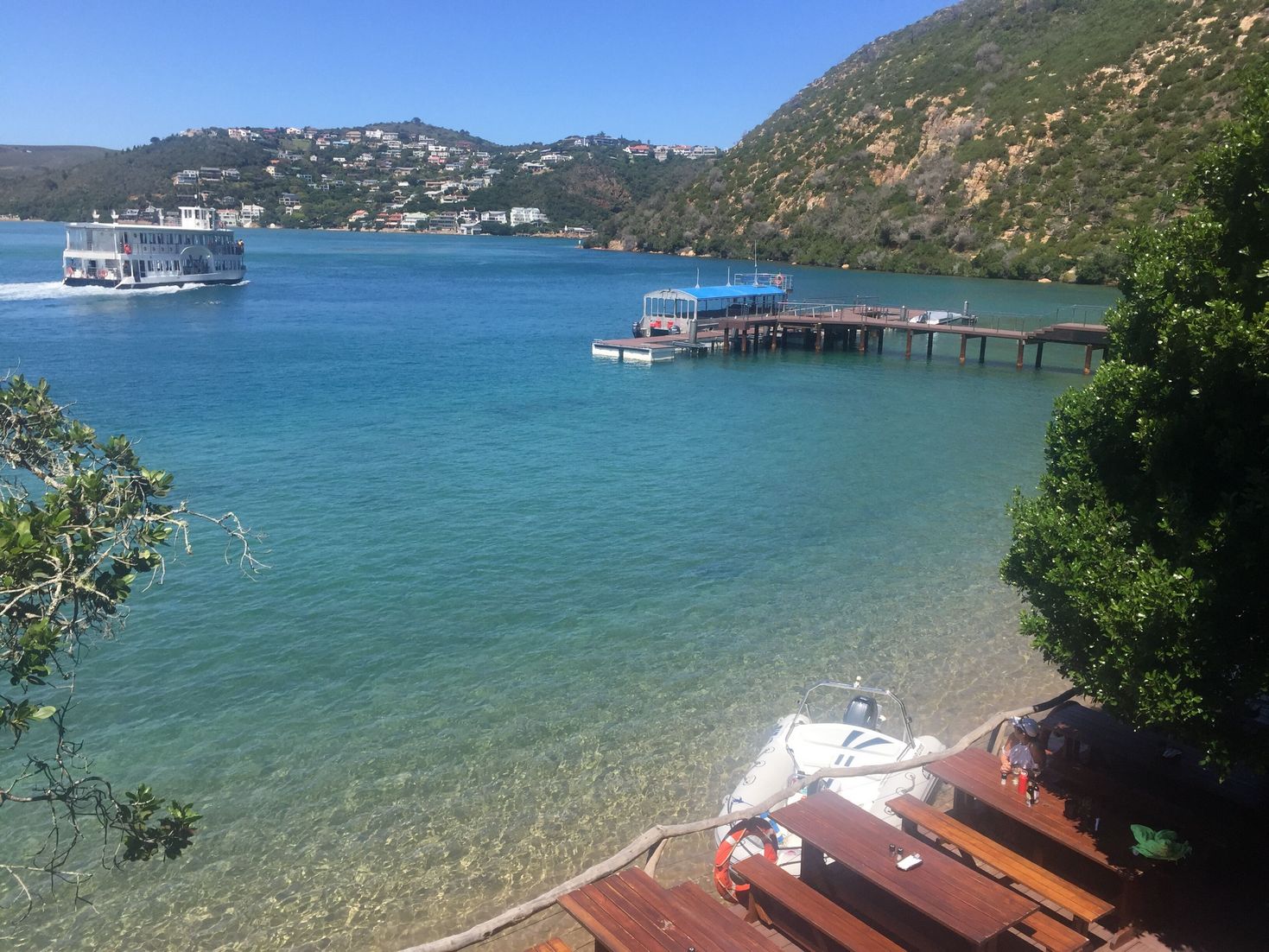 Only the elegant old Paddlesteamer gives the game away … [thank you to Jenny Wolhuter for this photo!]

So, while the rest of South Africa was watching the Springboks/Wales Rugby World Cup face-off, three of us went AWOL. The tension was simply too much.

And then the Boks went and won the game!!!

Well, then, it was fitting that we were celebrating at the tiniest beach bar tucked into the side of the Western Head of Knysna’s Featherbed Nature Reserve. We were the only ones there! We felt like royalty, with the entire place to ourselves and a team of staff dedicated to only us. Reggae and funky African rhythms belting out over the loudspeakers, you’d have been fooled into thinking you were somewhere in the Caribbean. Or maybe on a Greek island, the water was so crystal-clear-aquamarine.

But no, we were drinking chilled rosé in the protected Featherbed Nature Reserve, privately owned and covering part of the Western Head (150 ha). The late ichthyologist Professor JLB Smith (he of coelacanth fame, Smith identified the fish species after its rediscovery — clearly no longer extinct!) was the first owner, and protector, of the piece of land that became Featherbed. 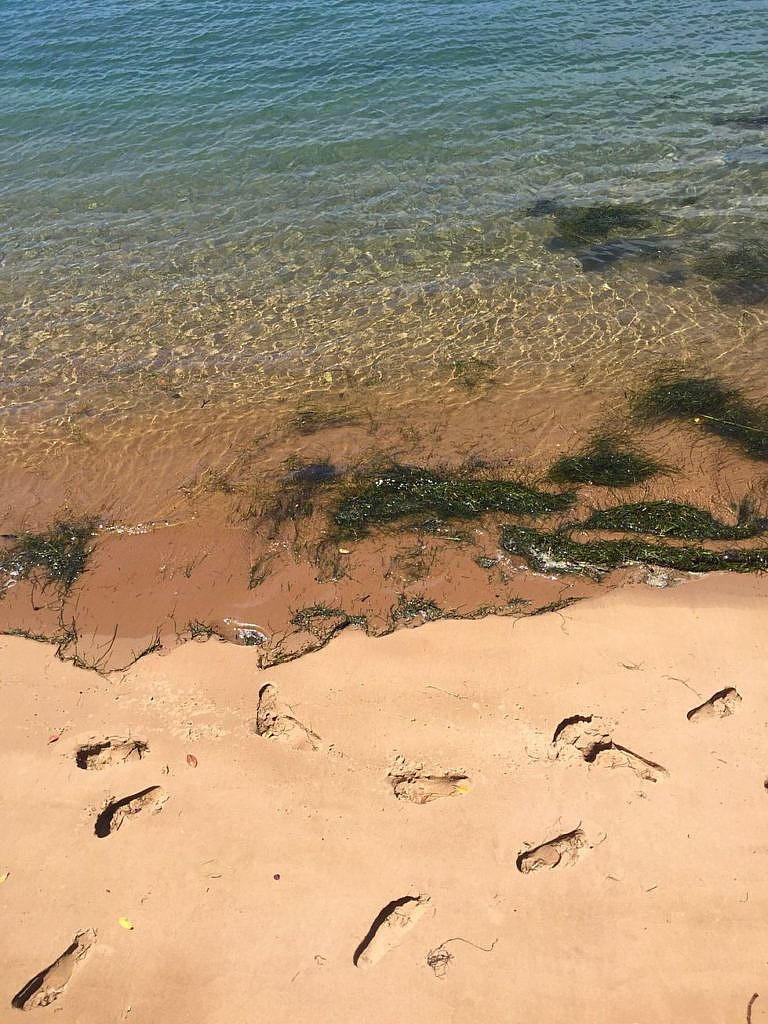 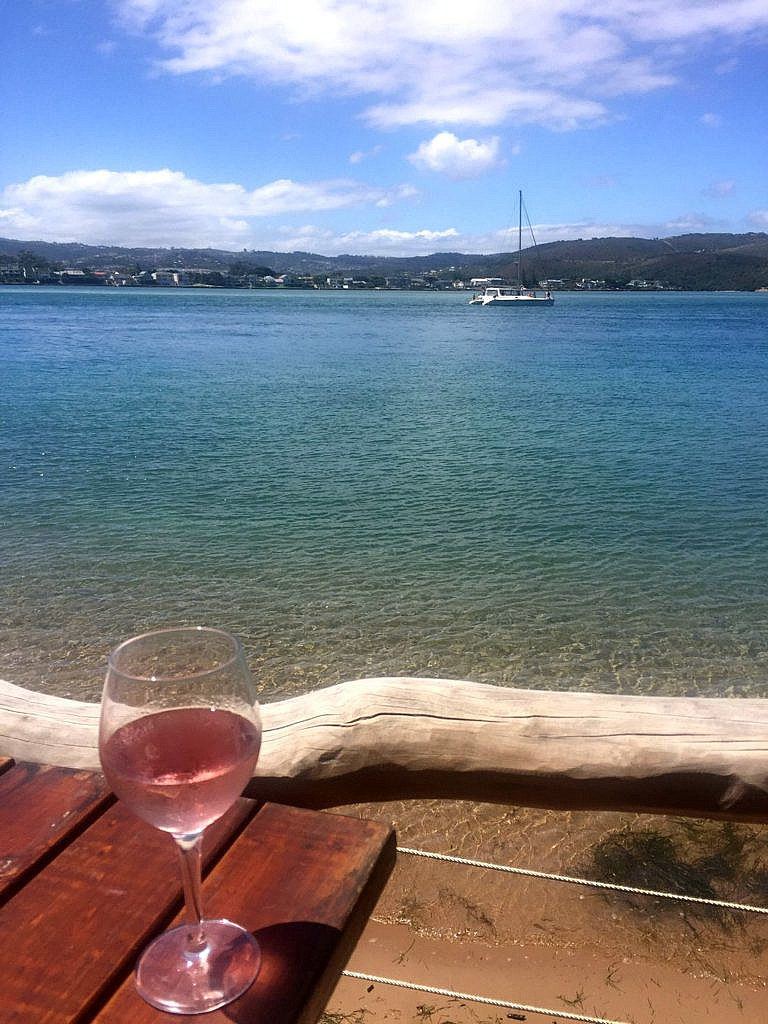 Pity about the grasses in the water spoiling my photograph. 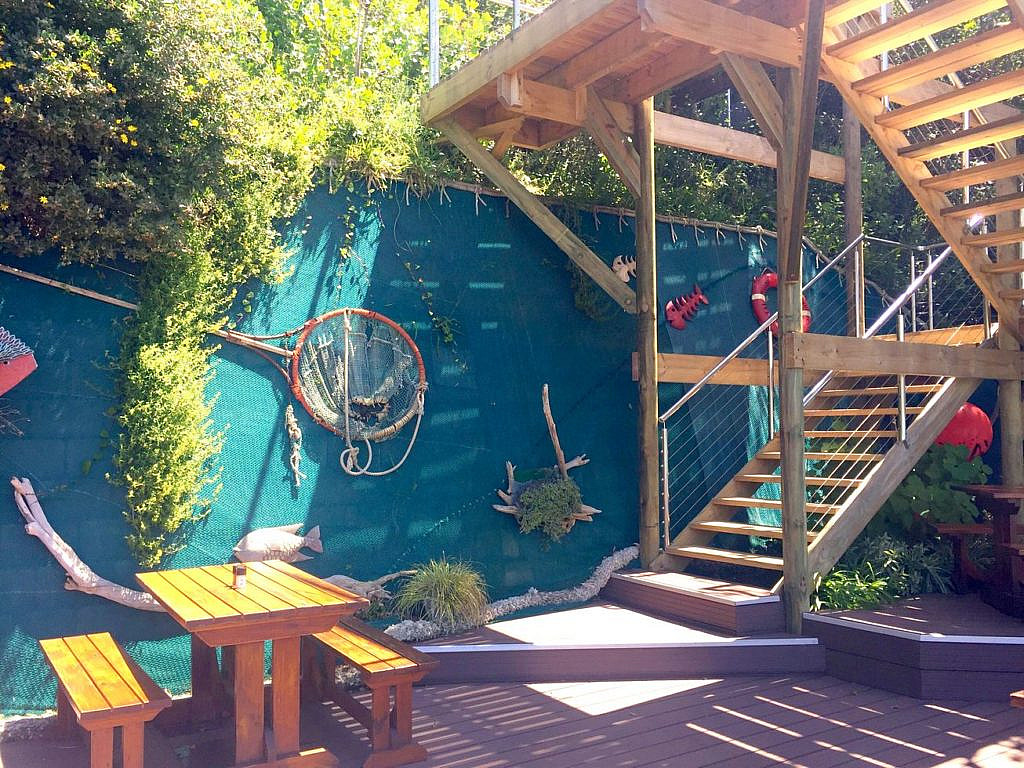 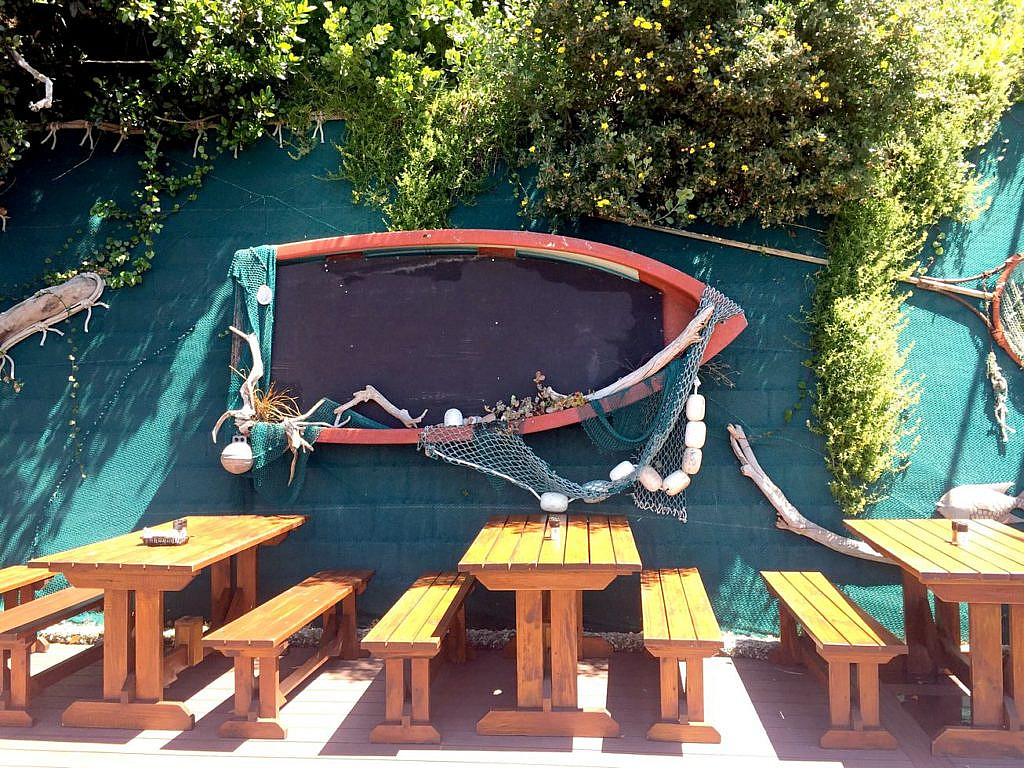 The decor is definitely rustic beach bar … and I can vouch that the grilled calamari is good.

The excellent Knysna Museums website has some good historical info. For example, the origin of the name ‘Knysna’ is uncertain. Speculation has it that the Khoi word xthys xna (I’m sure there must be a few exclamation marks somewhere in there!) mean ‘place of timber’. The first map of the Knysna Estuary, drawn by one of the earliest British settlers, James Callander, was notated with the ‘Nysna River’.

A fascinating point made by the website is that many places associated with water in other parts of Africa carry similar sounding names to Knysna: Lake Malawi was once Lake Nyasa, and Webster’s Dictionary defines nyanza as an African word meaning ‘an expanse of water, as a lake or wide river’. Howz that?! 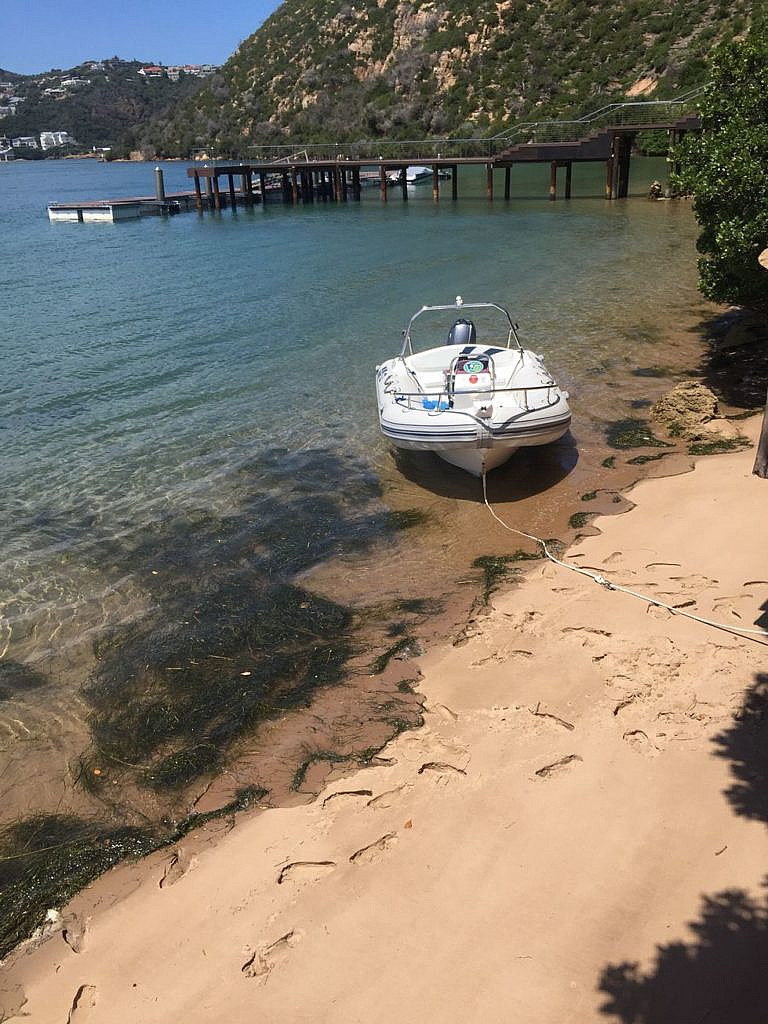 The two sandstone Knysna Heads (the town’s most famous feature?) were once called by the British the most dangerous harbour entrance in the world (the Brits were the first colonisers to build a port in the Knysna Estuary). The often wild Indian Ocean pulsing in, dangerous undercurrents, hidden sandbanks … these elements are all responsible for the sinking of many ships.

According to the Knysna Museums website, at least 11 ships were wrecked while entering or leaving the Knysna Heads. The most well-known is the Paquita, a three-masted German barque, whose shipwrecked remnants still lie underwater in front of the East Head Café.

From this distance, doesn’t look so treacherous . . . but it is!