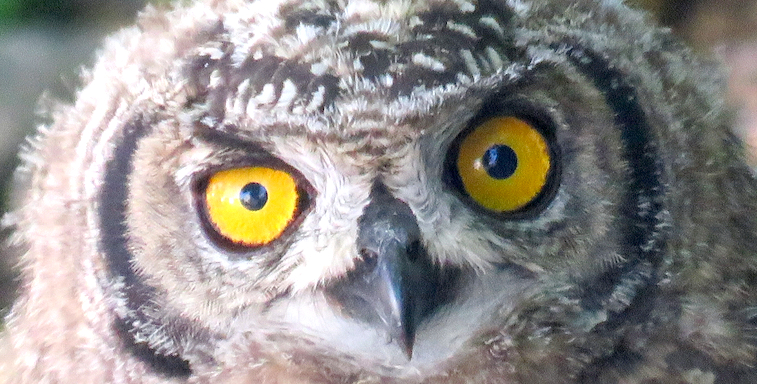 The call of the Spotted Eagle-Owl is one of those typical owl sounds that appear again and again in mythology, fairy tales and spooky stories — and it’s also one of the cries we make when we’re happy. As in Whoo-hoo! It’s the December holidays! And Thesen Islands has just celebrated the third brood of Spotted Eagle-Owl chicks from, what we believe to be, the same breeding pair that turned our beloved coffee shop Île de Païn into Uïl de Païn — because of the adult owls’ penchant for hanging out there quite a lot, in spite of the ongoing cacophany of the crowds. So, owls and holiday celebration kind of fit together right now. 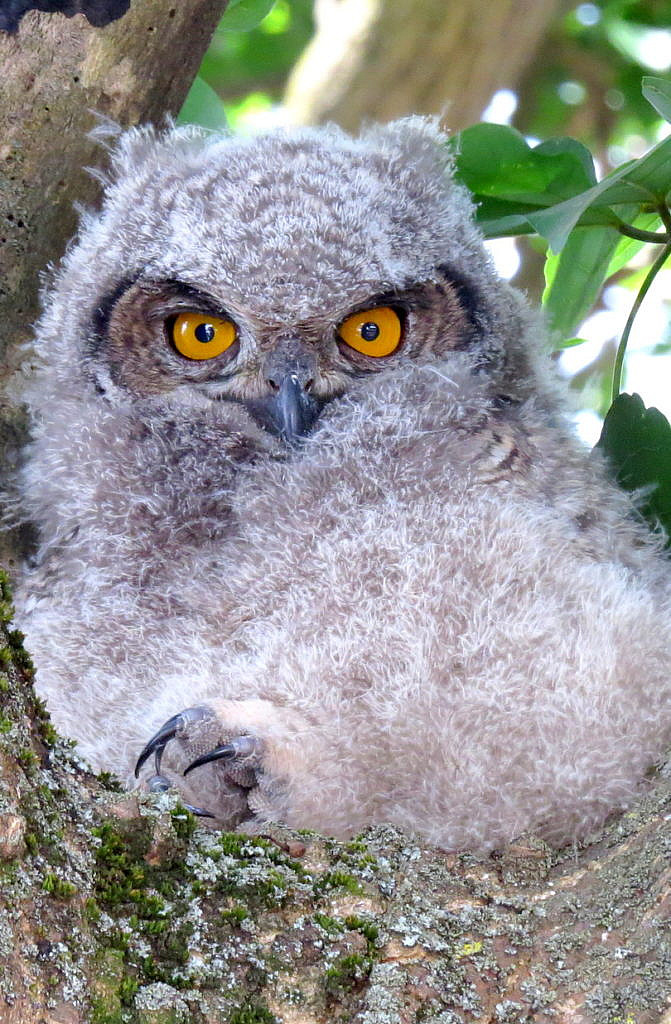 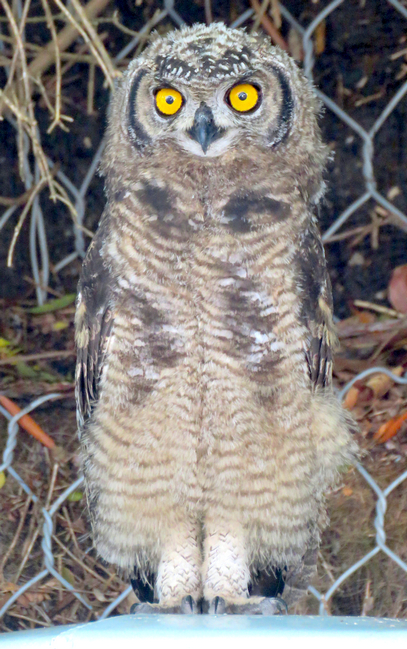 The breeding season is usually May to August, and the nesting cycle, from laying eggs and hatching to fledgling, takes just under four months. And the reason we’re so lucky to have seen so many chicks reared is that the adults, once they’ve chosen their territory, pair for life and live year-round in the same spot — sometimes for decades.

The chicks leave the nest when they are about six weeks old, but they can’t yet fly. However, this does happen just a week later, at seven weeks, and they can now even catch their own prey. We were delighted one afternoon to find one of the chicks (now well into adolescence) sitting on top of an electrical box outside our house. One of its parents sat above in a London plane tree, keeping a half-opened vigilant eye on the teenager. The adolescent then flew up to our deck and made great efforts at demolishing a branch of our potted hibiscus. It kept ripping at the leaves with its beak. Highly intriguing. 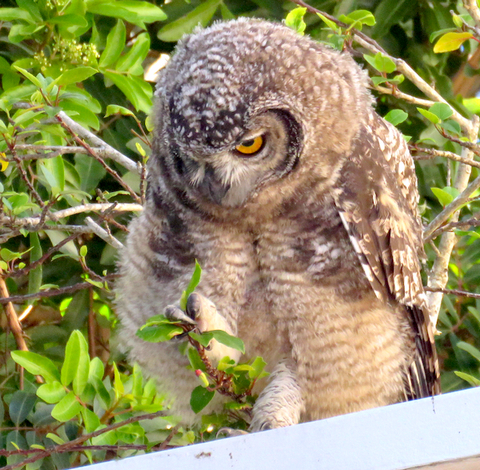 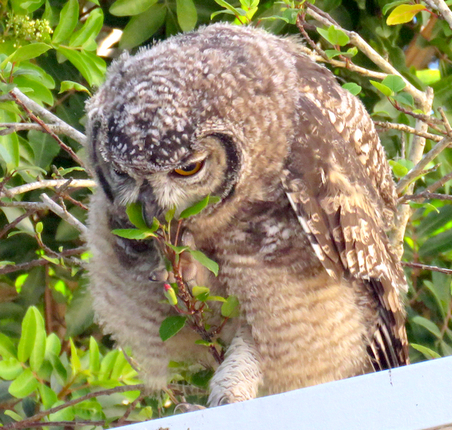 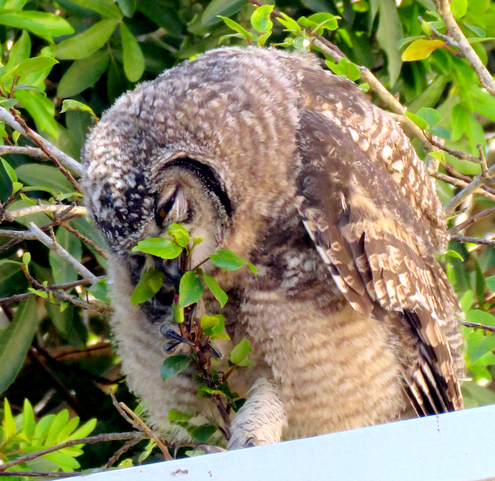 Just look at how it grasps the branch in its sizable talons!

The owls are only fully independent when they are about four months old. At this point they move away from their parents’ territory to find a place of their own. They are fully mature at one year, and get to live for 11 to 12 years.

Africa has nine Eagle-Owl species (or the Bubo genus), so it’s believed that they originated on our continent and then migrated to Europe, Asia and North America. The Spotted Eagle-Owl is the most frequently seen species. The size of their prey has been known to include Black-shouldered Kite, Lanner Falcon and even Francolin. 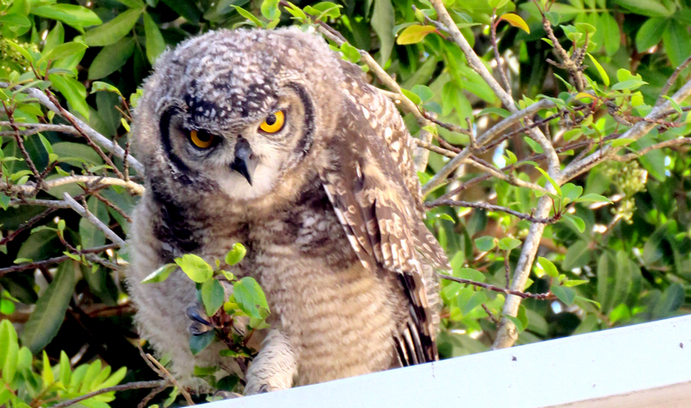 You think I don’t see you?!  it appears to be saying.

For a parting smile, I leave you with this: the male Spotted Eagle-Owl uses two notes in his typical call, the female responds with three notes. So is this where we got: “I don’t give two hoots.” ?

All the gorgeous photographs were taken by HIRSH ARONOWITZ