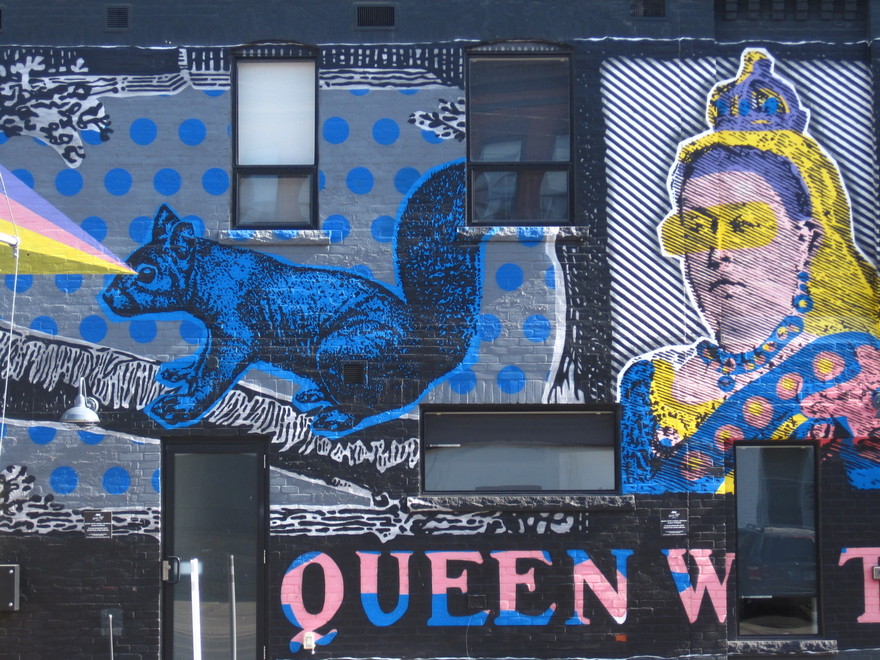 With a new adventure happening in Toronto, we’ve just spent some time getting to know the city. It’s been great fun, and so far we like what we see. Here is a brief sense of our first impressions, and a little flavour of the city. (No snow in this particular Blog Post, but there was plenty of it while we were there!) In the image above, Queen West, exactly west of Toronto’s downtown, is a young, hip, offbeat area (in spite of the grave visage of Queen Victoria in the street art!) … but the graffiti gives you an idea of the freewheeling spirit of this precinct. 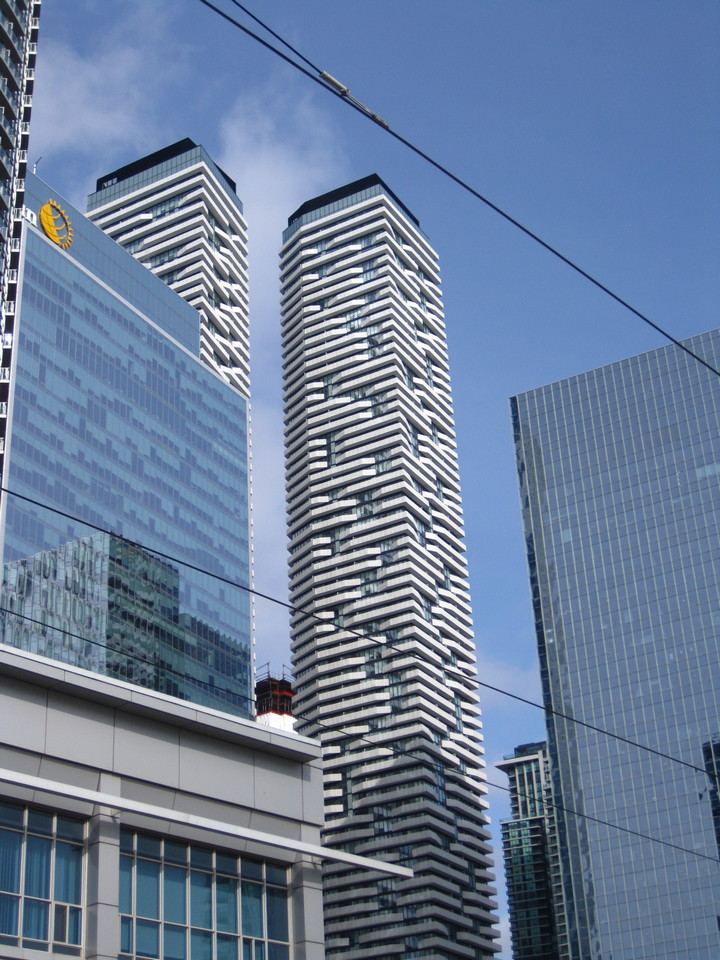 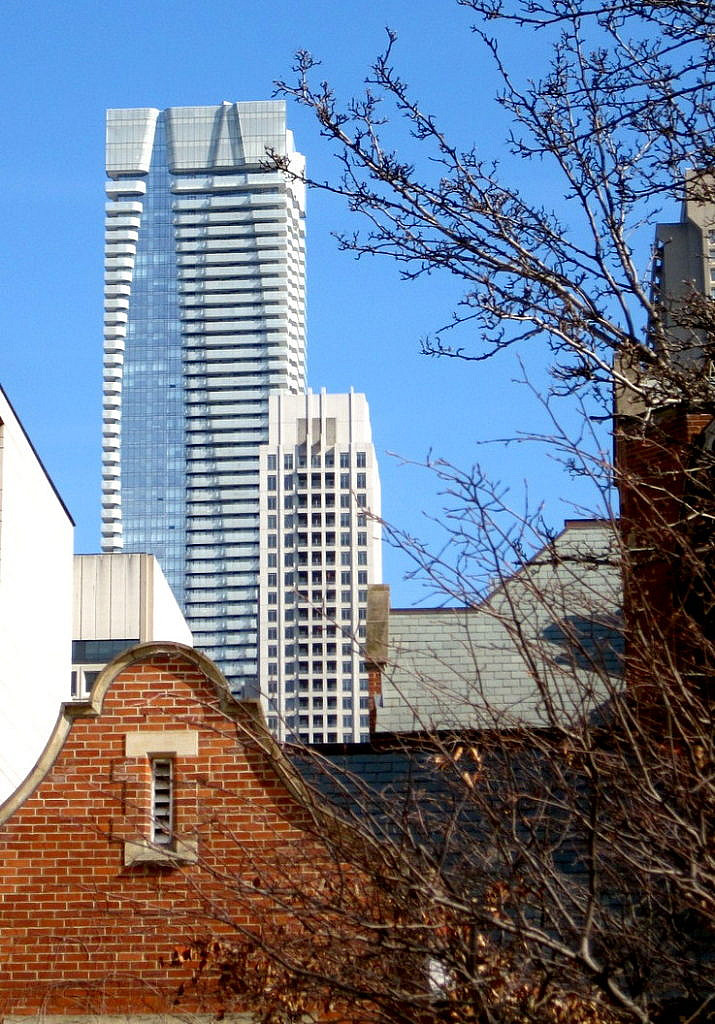 Some interesting architecture, although not pushing the boundaries as much as some cities. In the building on the right, One Bloor Street, the architects (Hariri Pontarini) describe the visual effects as “balconies pinwheeling around the tower, increasing in size for the larger corner units to maximize views and light”. Clear as mud. But the undulating, curved shapes made me think of Frank Gehry. On the left, a very meccano-like structure. 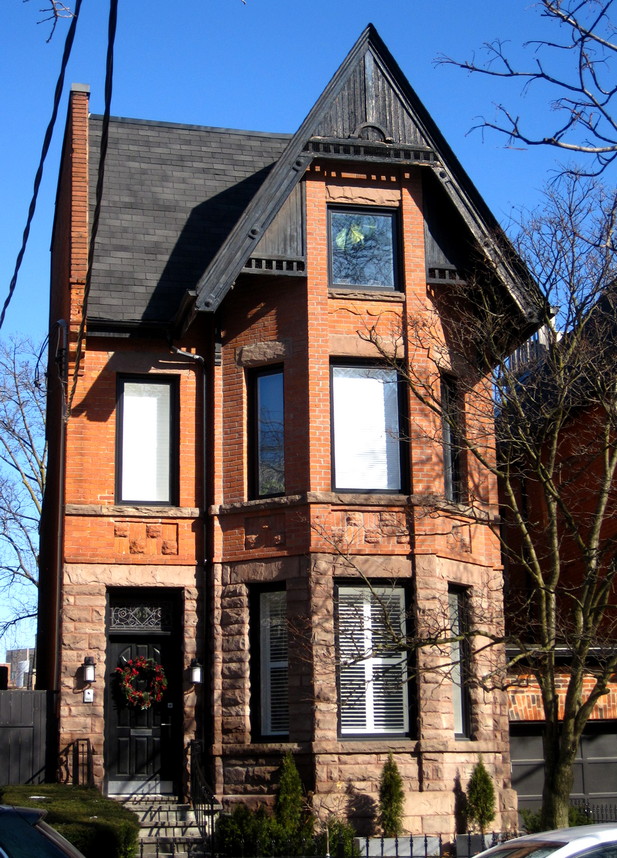 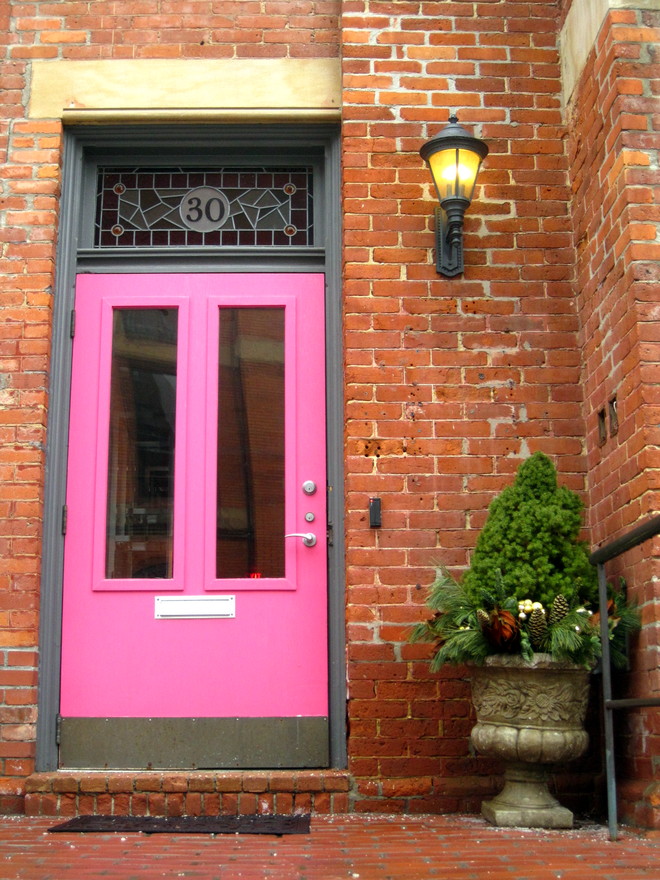 Toronto has a unique architecture, a Victorian style inherited from the colonising British, referred to as “Bay and Gable” and characterised by narrow façades and sharp, Gothic-inspired gables. Some of the neighbourhoods really are very pretty, with entire streets of semi-detached row houses. 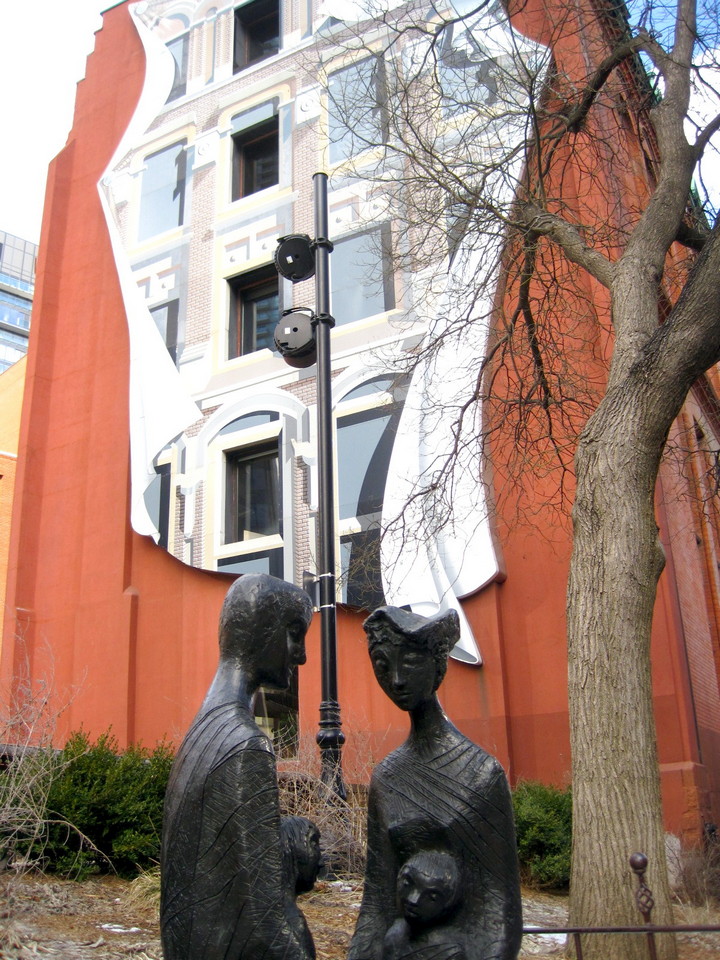 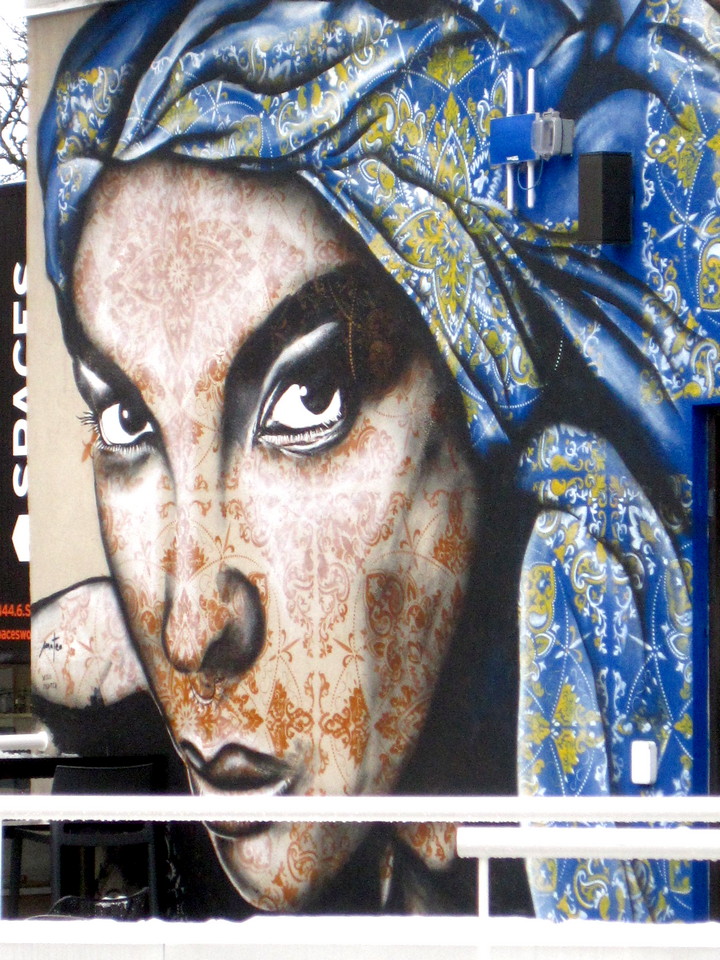 Trompe l’oeil on the left, mural art of the right. Montreal-based street artist Mateo is known for his faces which are superimposed on the intricate and complex designs of traditional carpets. His intention is to question cultural identity in a system that pushes for mass-culture conformity. These challenges present themselves in whatever country you find yourself in! 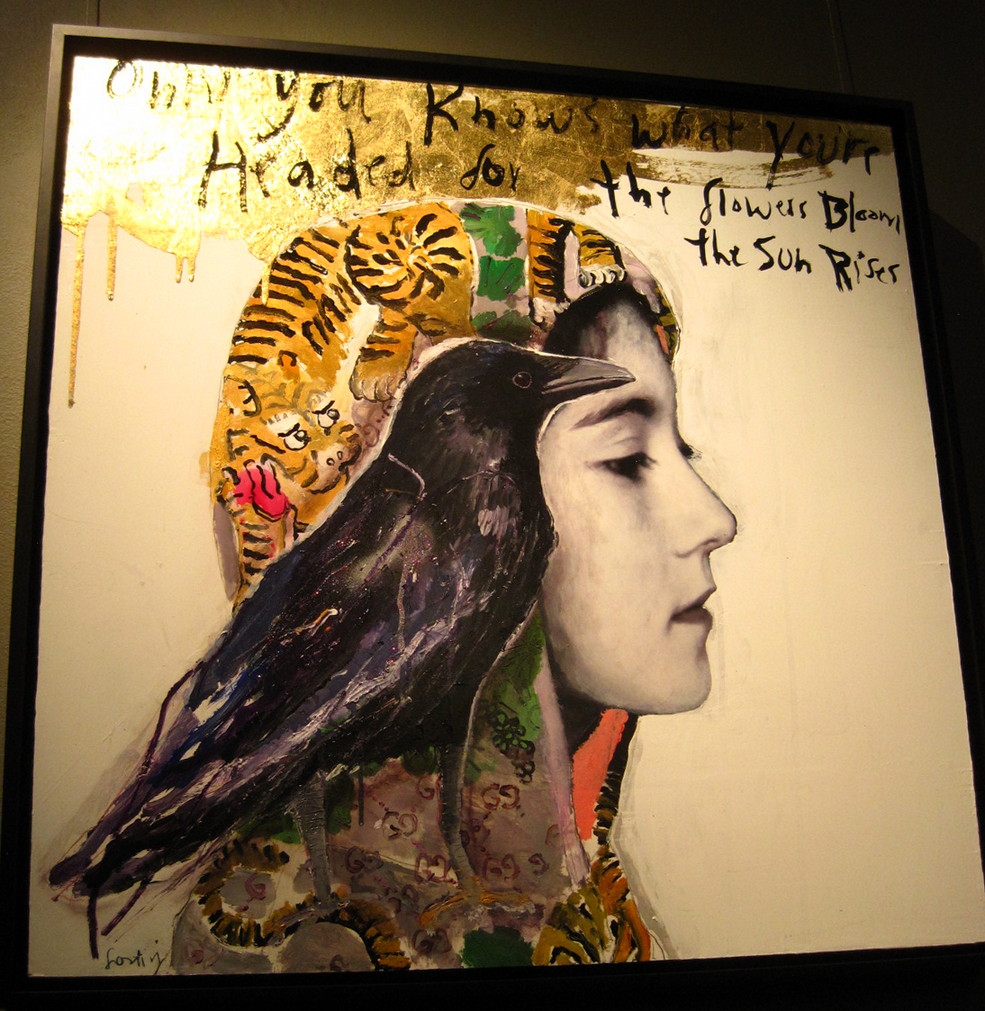 There are many galleries with interesting artworks, often combining different media.

And then, I just couldn’t resist this quartet of buddhas, part of a whole display in the window of an upscale art gallery in Yorkville. 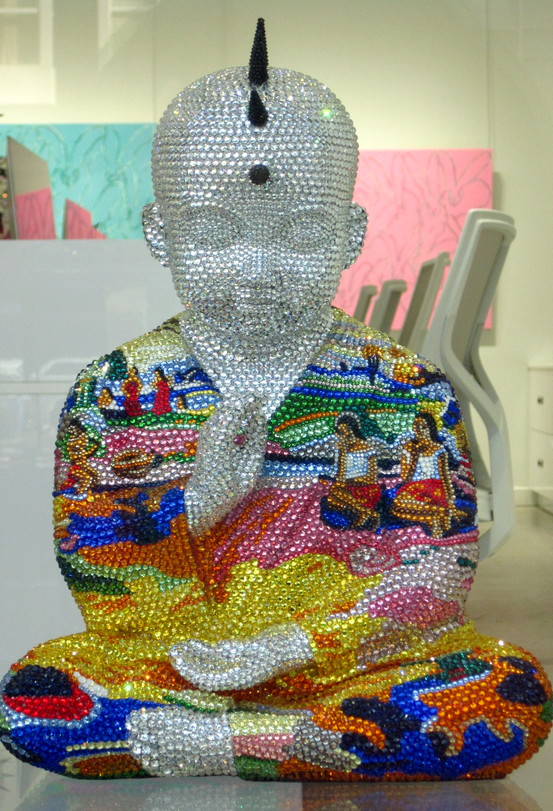 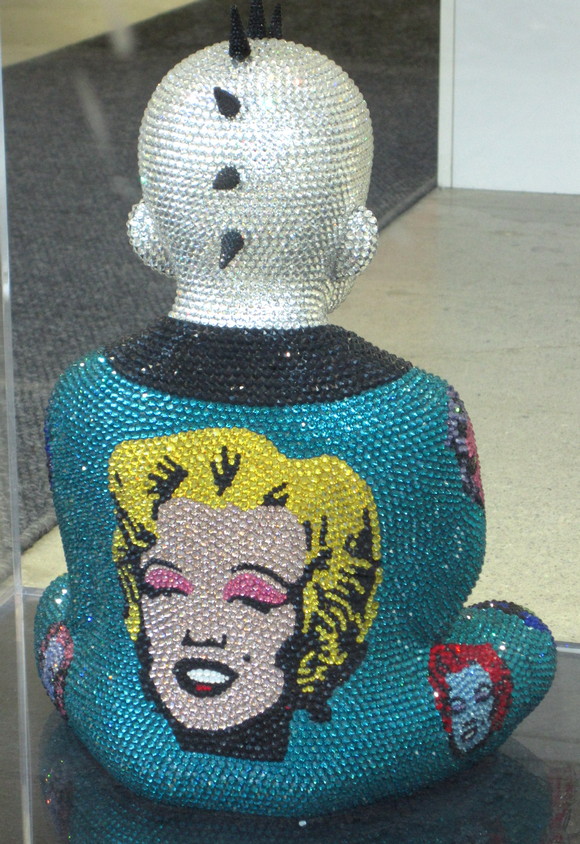 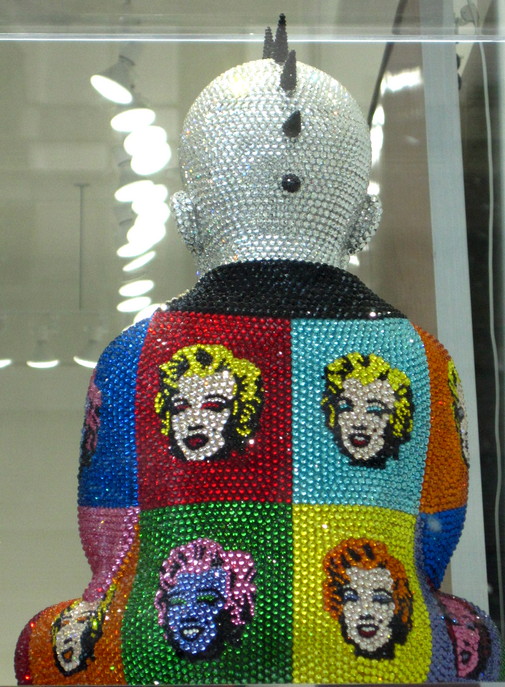 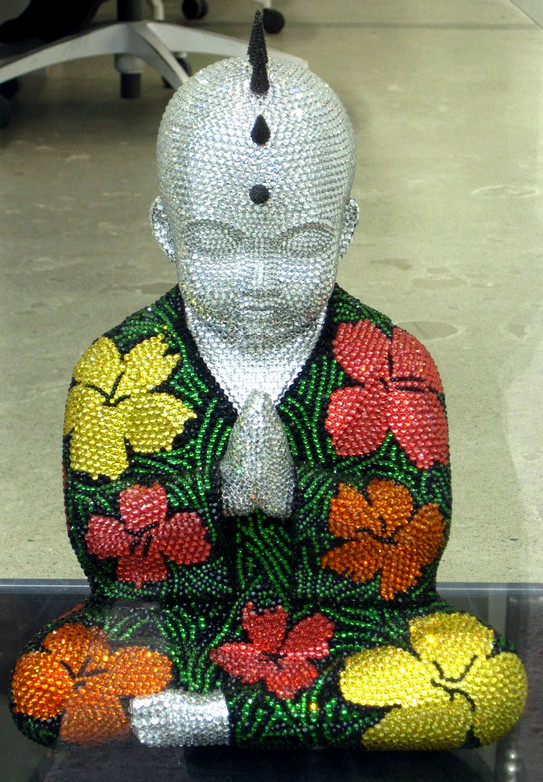 If you liked this, Mariëlle has a new blog on life in Toronto here