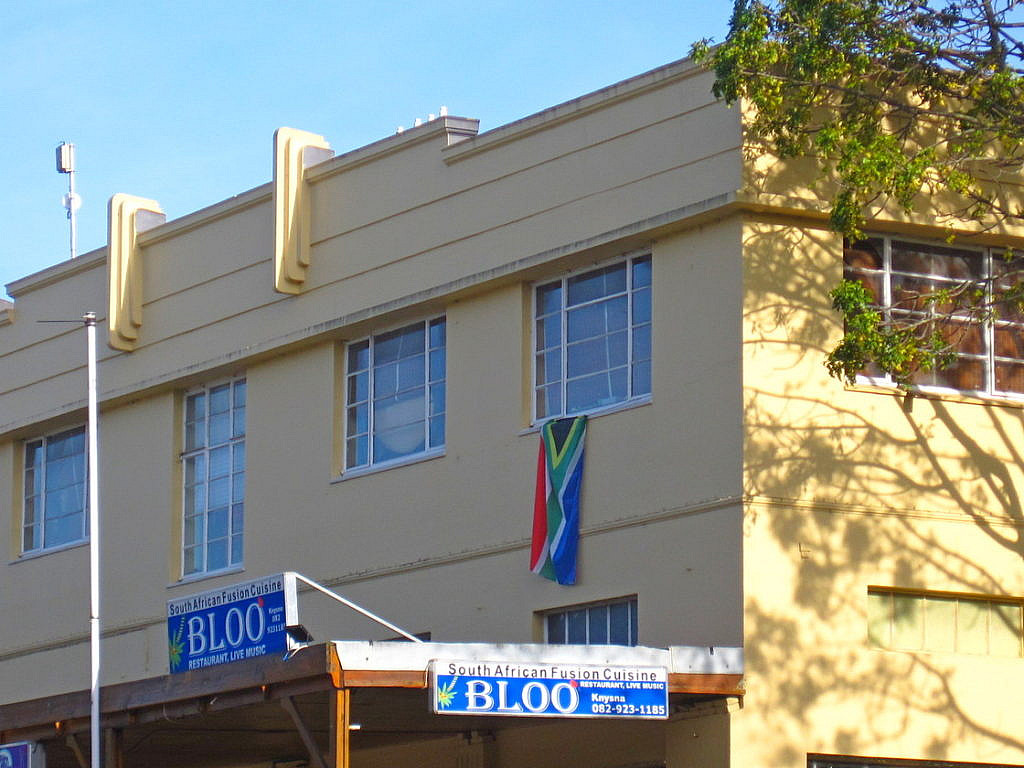 If you don’t look closely enough, you’d never believe that a small tourism-based village such as Knysna in fact followed some highly fashionable trends in its earlier building styles. I’m talking specifically here the period between the 1920s and 1930s. 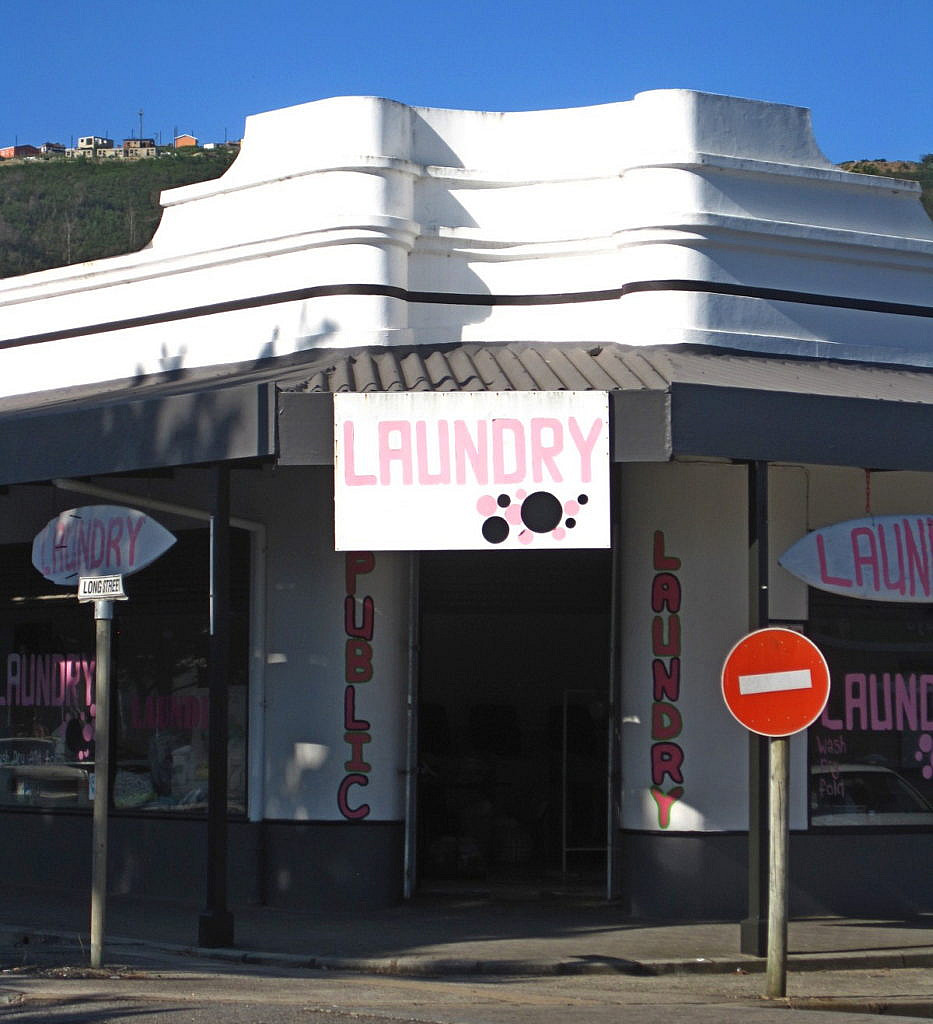 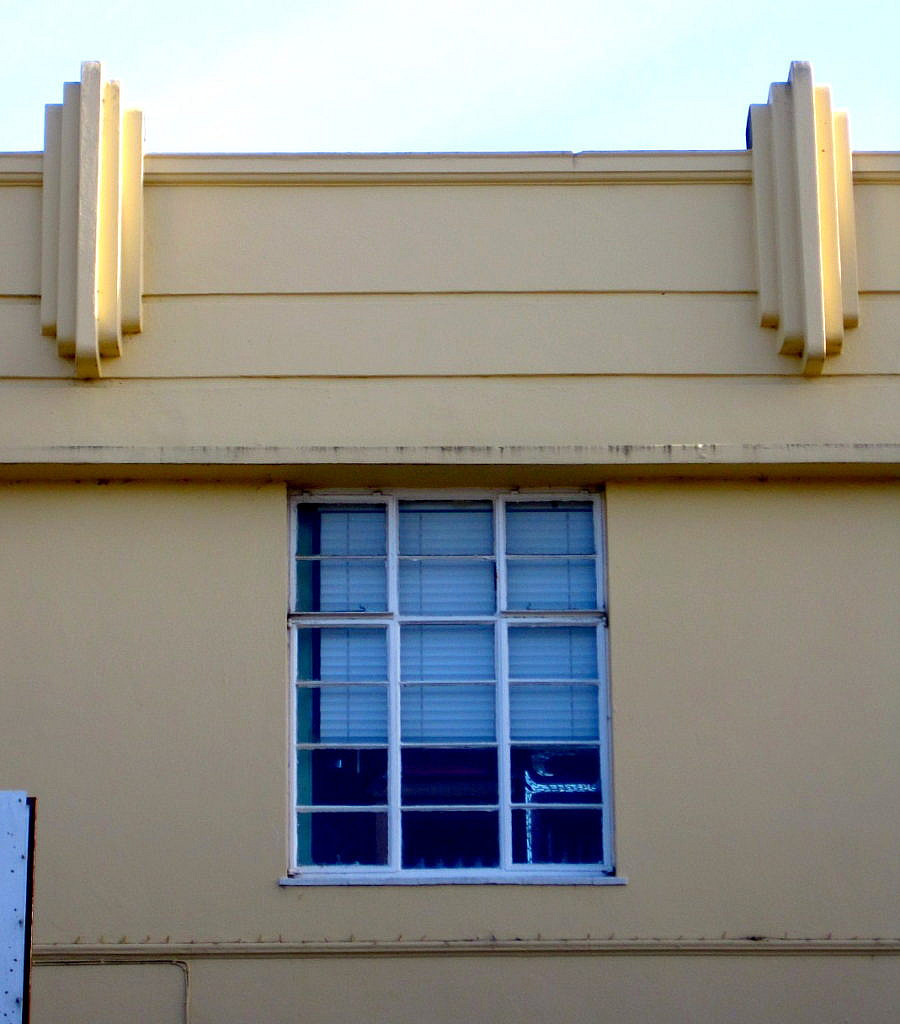 It’s an architectural trend that was coined after an international exhibition of the decorative arts was held in Paris in 1925, and derives from the term ‘Arts Décoratifs’. Building styles included sleek linear shapes, an angularity in the lines, which are hard-edged and often feature stepped outlines. 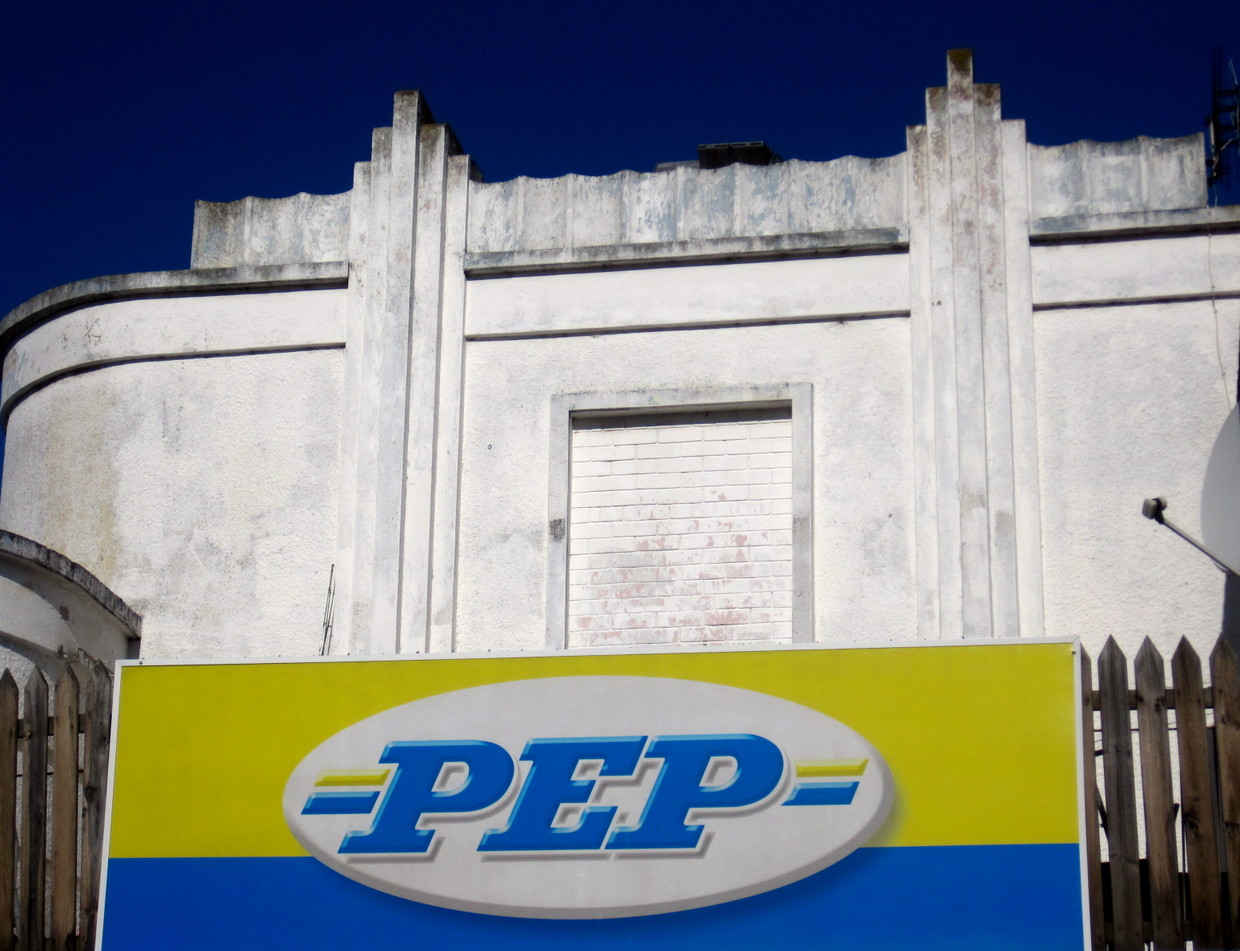 Yes, a teeny bit grubby these days (and a little garish with its store sign), but the beautiful stylized lines are quite evident. It’s almost as if it could have been an old decorative cinema. 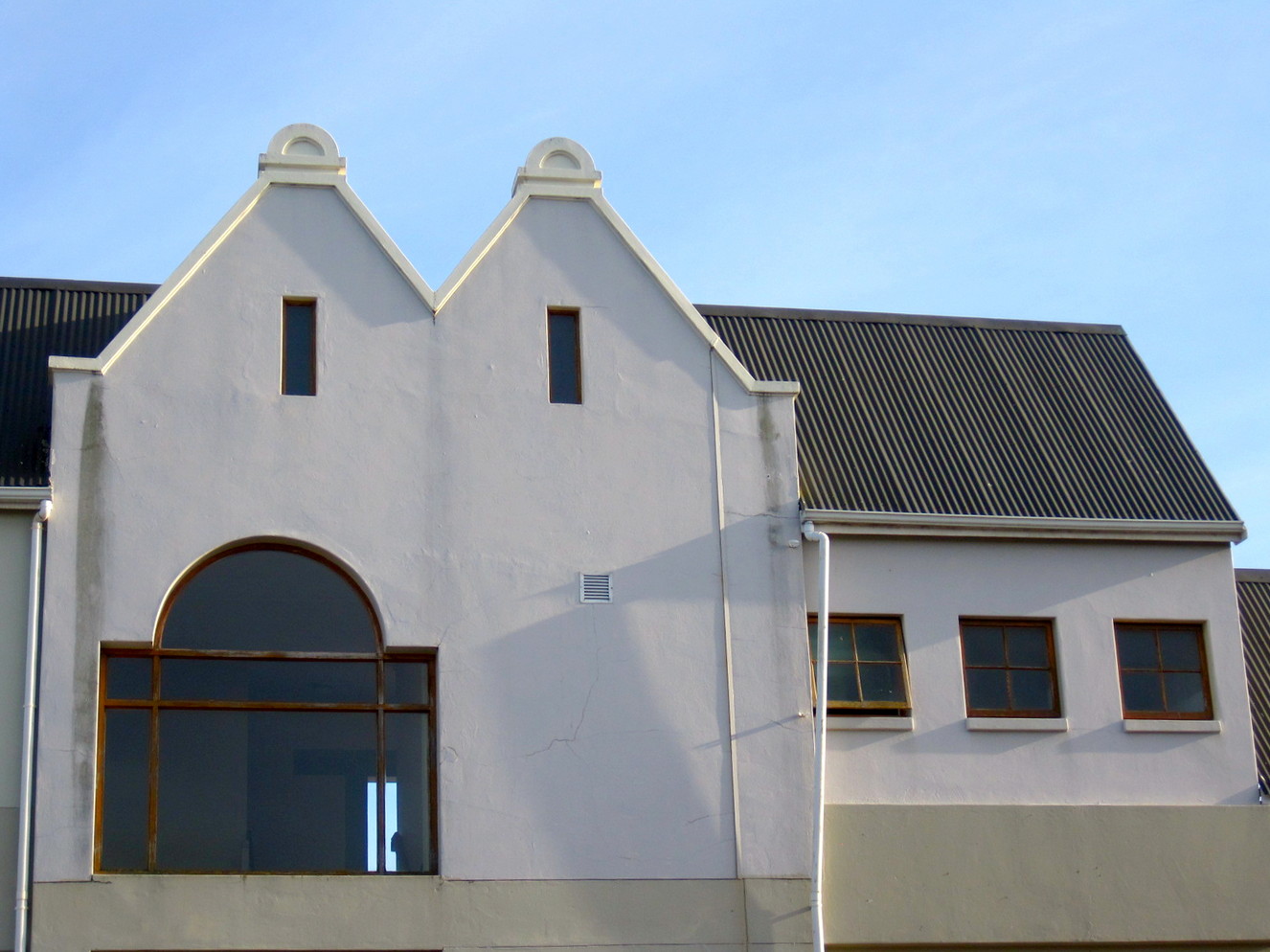 Okay, so there are other influences happening here too. The gables, the corrugated-iron roof, the Georgian symmetry in the windows. But there are also domes and curves and V-shapes and straight lines. 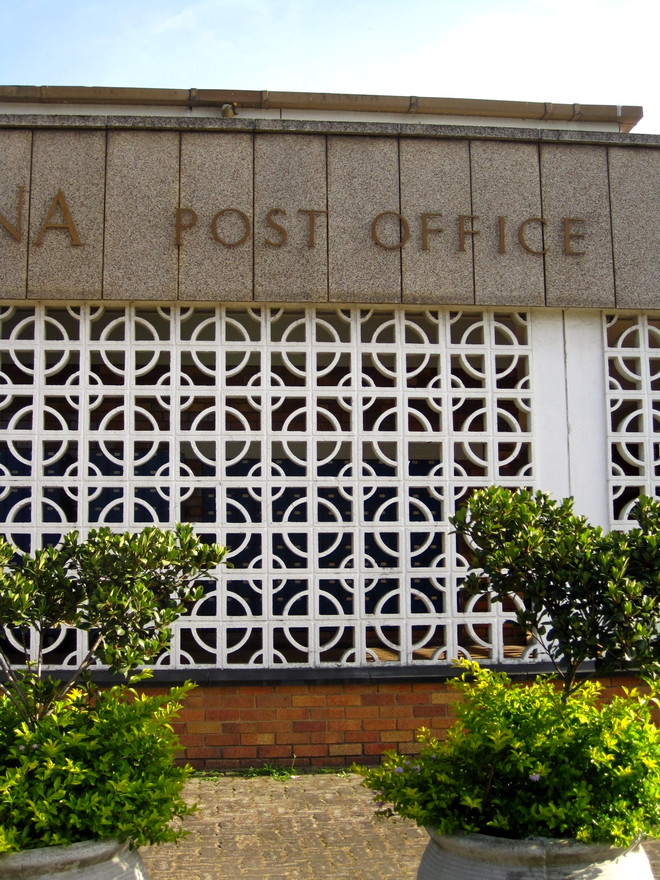 Who would have thought we’d find a Post Office attractive, but look at those psychedelic circles! And the Old Gaol isn’t exactly Art Deco, but it has lovely crisscross and grid lines (the candy-striped construction tape is an unfortunate add-on). 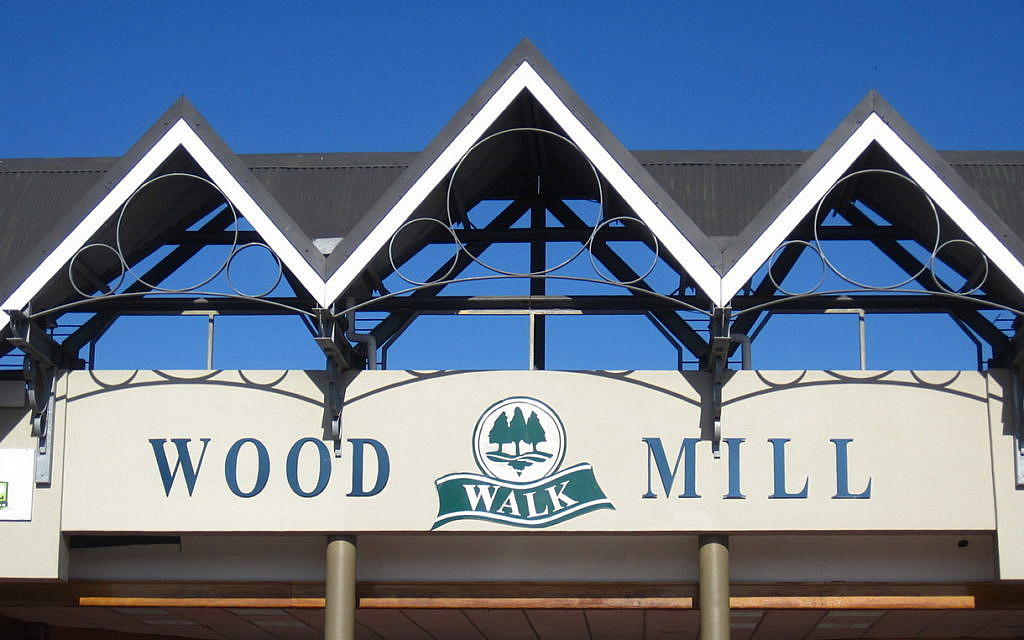 Chevron-style zigzags, circles … at the entrance to the Woodmill Lane shopping complex, which once was the site of the first sawmill built within the fledgling town. Constructed in 1875, it was later owned by The Knysna Steam Sawmills Company whose directors were P.C. Metelerkamp, Hjalmar Thesen, and George Cruickshank. George Parkes then bought it (1891), renaming it George Parkes & Sons Hardwood Timber Merchants.

All names that are well recognised in today’s Knysna. 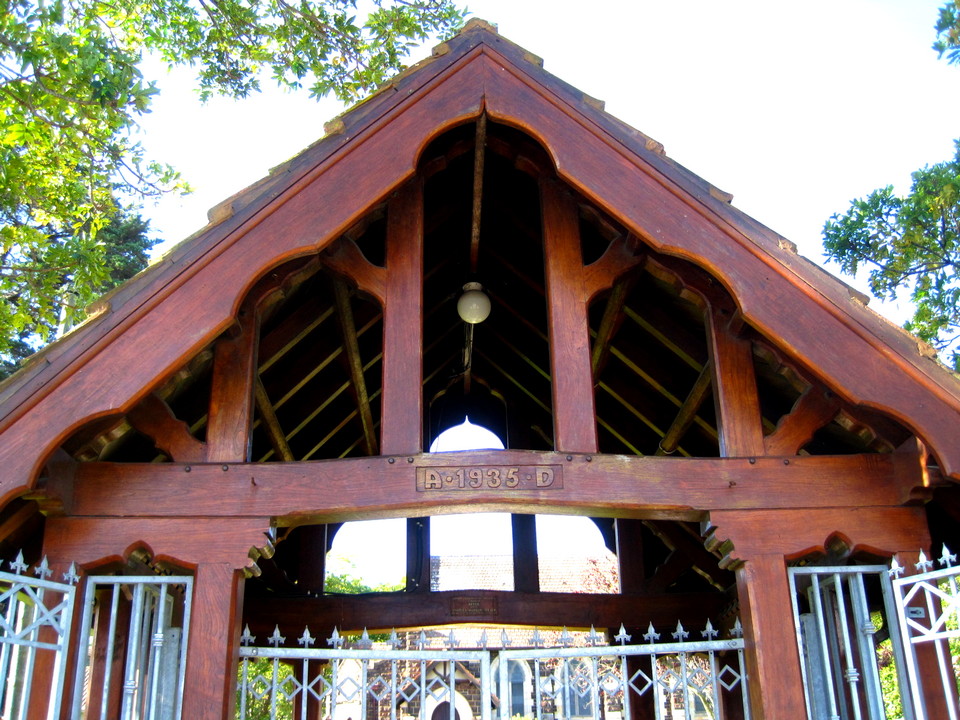 Talking of timber … the carved entrance to St George’s Anglican Church. Not Art Deco, but it fits in with the V-shaped theme. And Knysna’s historical wood-cutting industry. 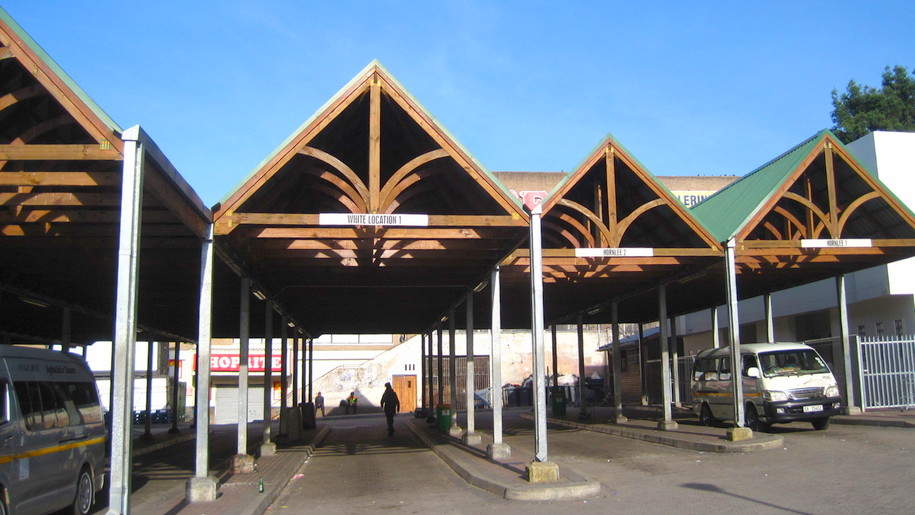 Even the Taxi Rank has its beautiful curves and triangles and straight lines.

As I strolled through here, very early one morning, the vagrants were still waking from their night’s sleep.
One street guy yelled at me: “Hey, merrem! This is private property! You’re not allowed to take photos!
You have to pay R5!” 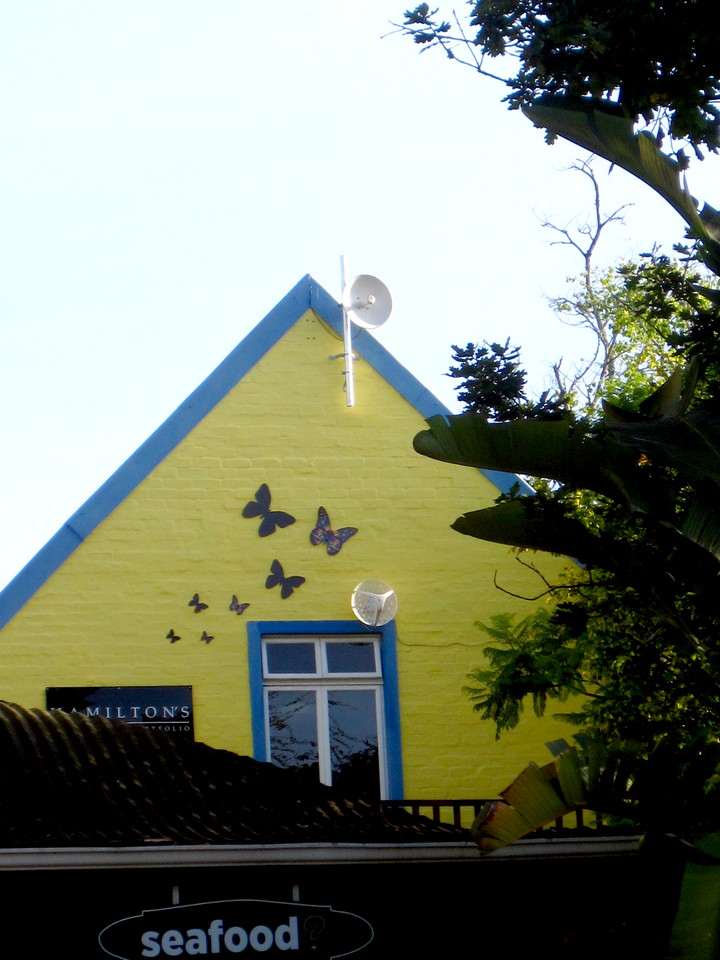 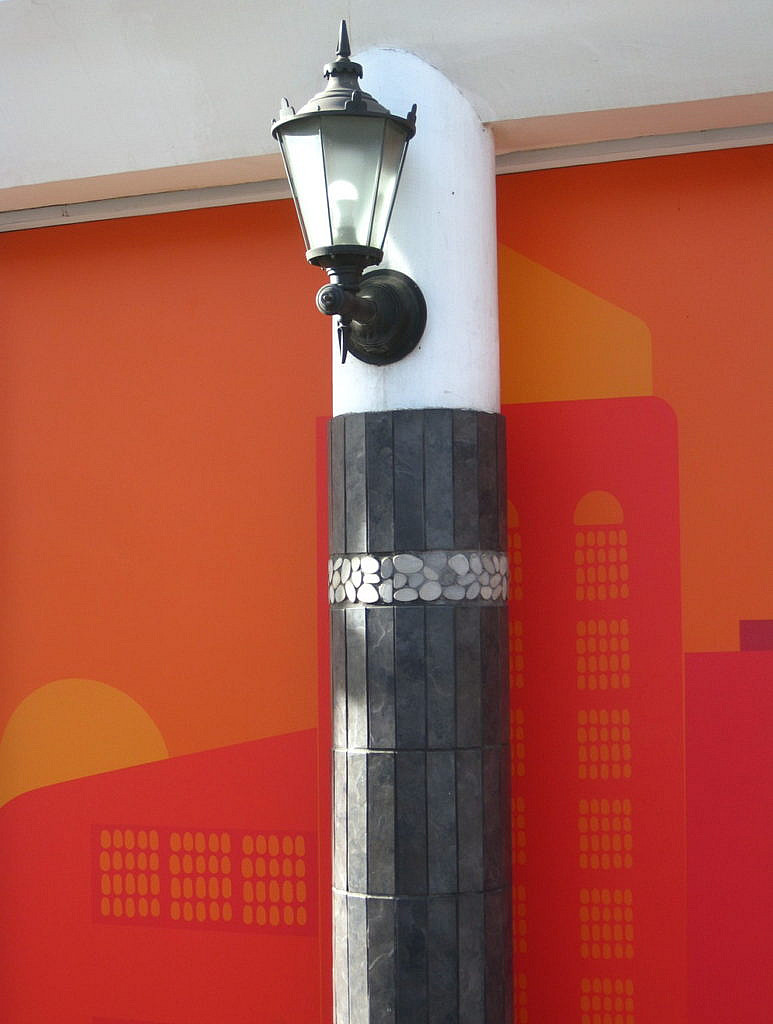 This is just for fun, for the colour and vibrancy, but the images do qualify in terms of lines and stylization. 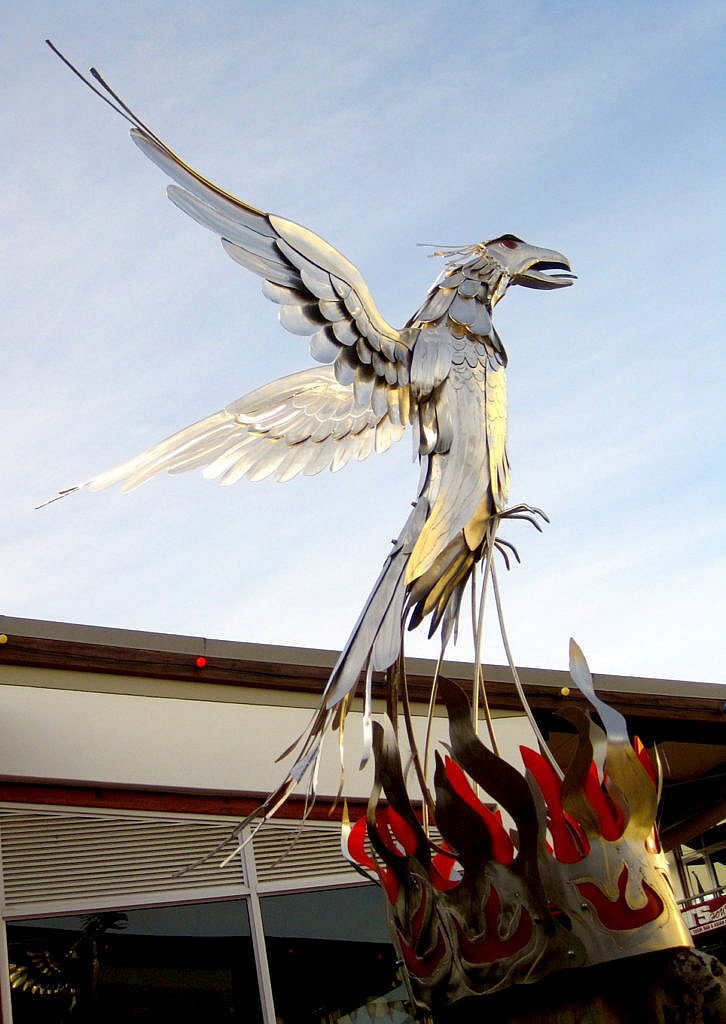 And this is our very own Chrysler Building eagle, those stainless-steel ornaments jutting out of New York’s most famous Art Deco building and representing movement and flight. After Knysna’s life-changing fires in June 2017, the town and its inhabitants had to slowly rebuild their lives after utter devastation. And so we did, and are still doing, like a phoenix rising from the ashes. This mythical bird of stainless steel and resin, standing at the Knysna Quays Waterfront, was commissioned from artist Stephen Colegate of Metalcraft Gallery. A beautiful symbol of rising above challenges.