Covid-19 mutations. Delta variant. All sorts of other variants. Renewed lockdowns. First and second vaccinations. Astra-Zeneca, Pfizer, Johnson & Johnson. Suffice to say, it’s been a helluva year. As truly horrible as last year, in fact. We just had to get ourselves out of there. 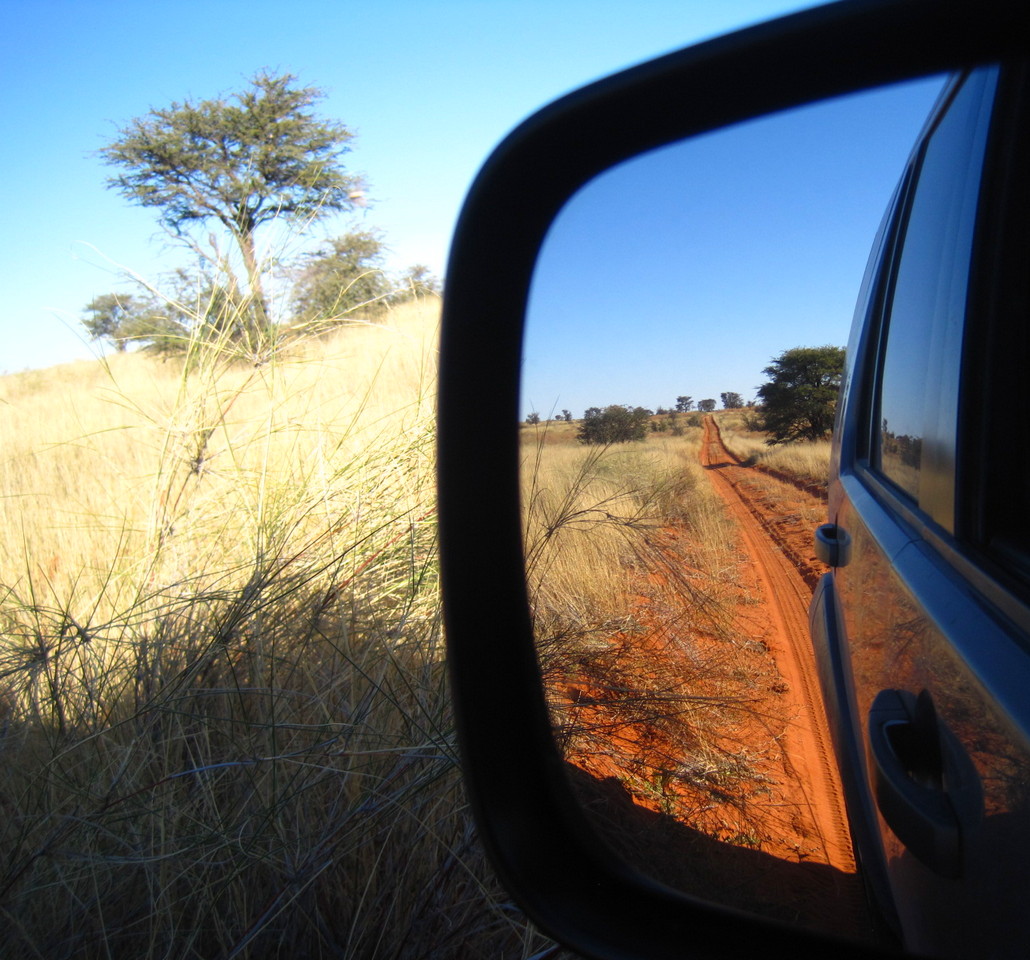 Into the wide open spaces that are so wide open it’s one-tenth land, nine-tenths sky. Where the soil is copper-coloured and the hip-high grasses a lustrous gold gently infused with green. (There’s been a lot of rain.) Where often our vehicle is the only one on the road. For hours and hours on end. I’m talking about Kgalagadi Transfrontier Park, in the northwest of South Africa, on the border with Botswana. 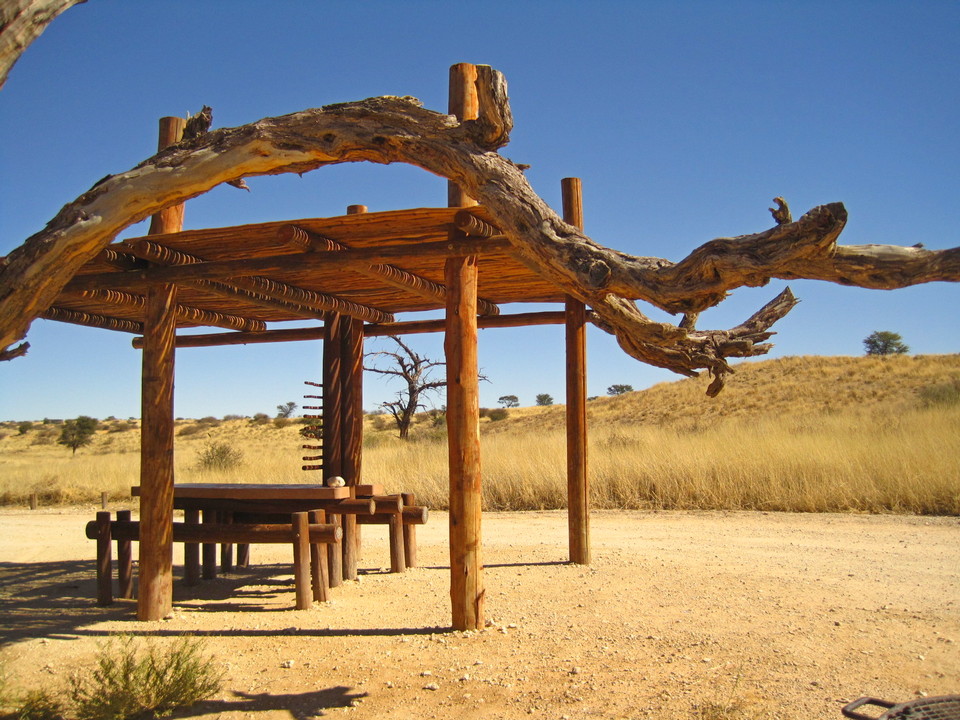 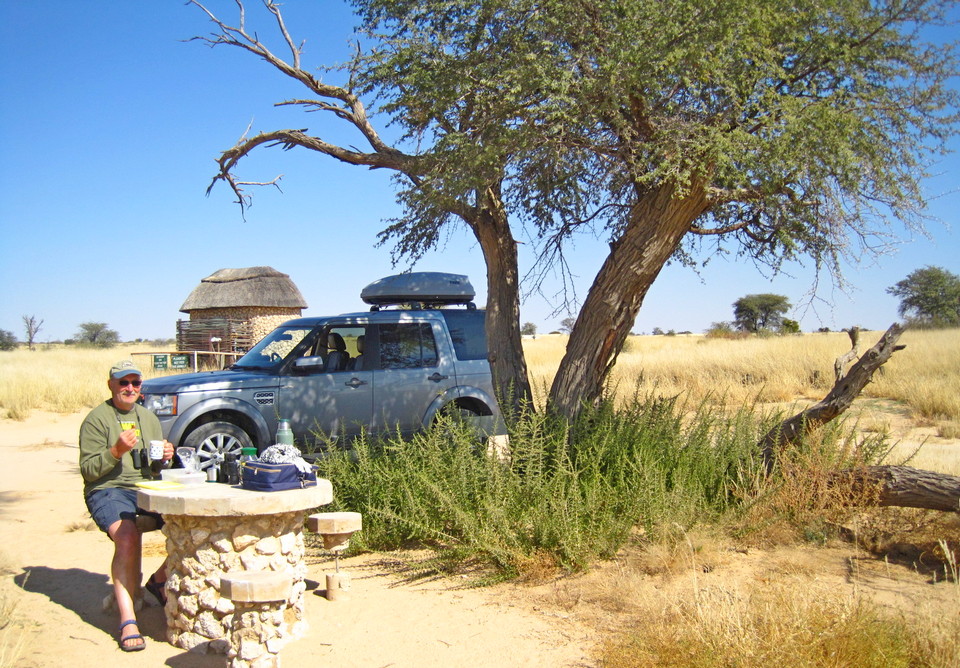 Over 10 days, we crossed Kgalagadi from south to north, from east to west. Up and down the Nossob riverbed, then up and down the Auob riverbed. We did a lot of driving. A LOT. 3,800 km, to be exact. We went from 0°C to 28°C, sometimes in a single day. Anyone who’s been to Kgalagadi knows that you can drive the entire park and not encounter a single cat (you’ll see many other wild animals, great migratory herds of antelope, the smaller creatures). But no lion, no cheetah, no leopard.

Then there’s the time when Lady Luck sits on your shoulder and points them out to you. That’s what happened this time. 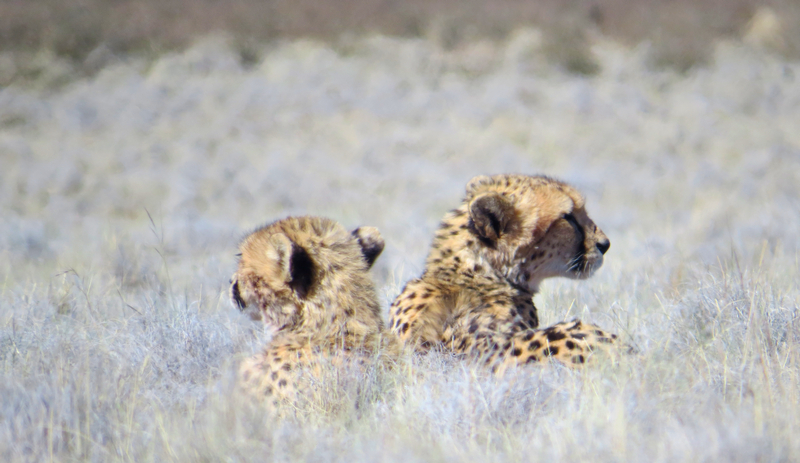 Day One, driving up to Nossob along the right-hand arm of the park, a platoon of vehicles was parked at all angles across the road. When we stopped, directly opposite us was a female cheetah sitting up in the grasses, glancing over her shoulder at three twitching, restless cubs waiting dutifully a few metres away. Every now and again, little faces with angry frowns would peer out at us. The mother was observing a herd of springbok, too far away, but she would tense her body, train her head forward, poised, still, with intense concentration, then subside into the grasses. She never made any attempt to creep forward, to get closer undetected. We left to have coffee at a nearby picnic spot. When we returned, nothing had changed. Then she signalled silently (it seemed to us) to her cubs, who bounded over to join her, and her body slung low as a hammock, she then led them across the road behind us into the grassland.

Day Two, driving northward to the remote wilderness camp Gharagab, after seeing nothing for hours (you need the patience of a sleeping buddha in Kgalagadi), we were alerted to three adolescent cheetah loping along the edge of the riverbed after an apparently unsuccessful hunting attempt. When they stopped to rest, their seated profiles exactly resembled the tree stumps we would always screech to a halt for.

We also followed lion and cheetah spoor for kilometres. “It’s an African Cindarella story,” said Hirsh, “we’ve now got to find the kitty to fit the pawprint.” 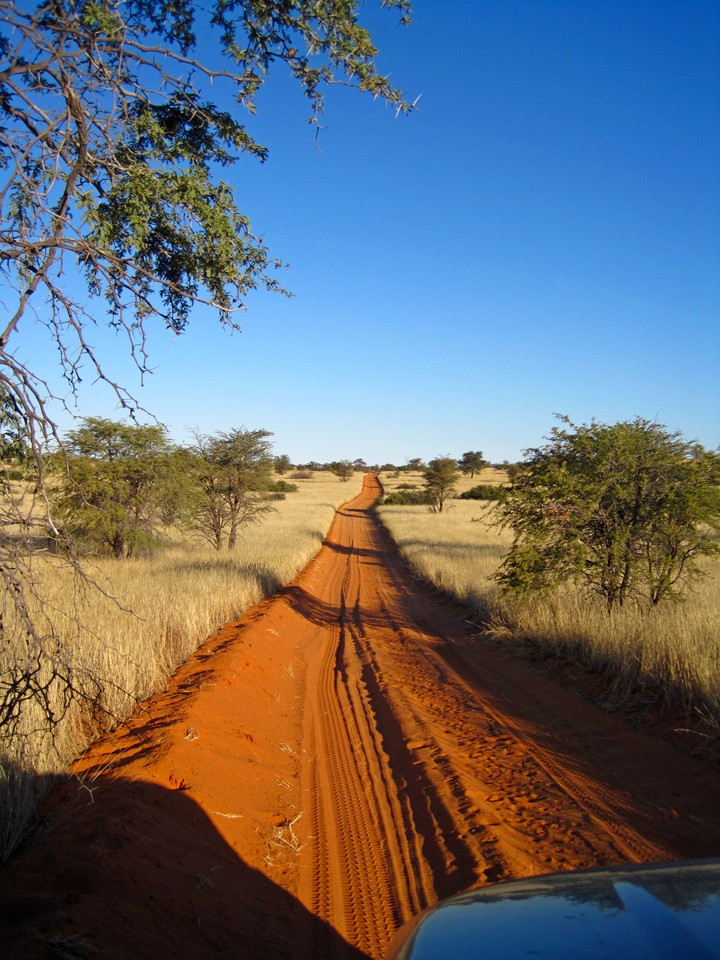 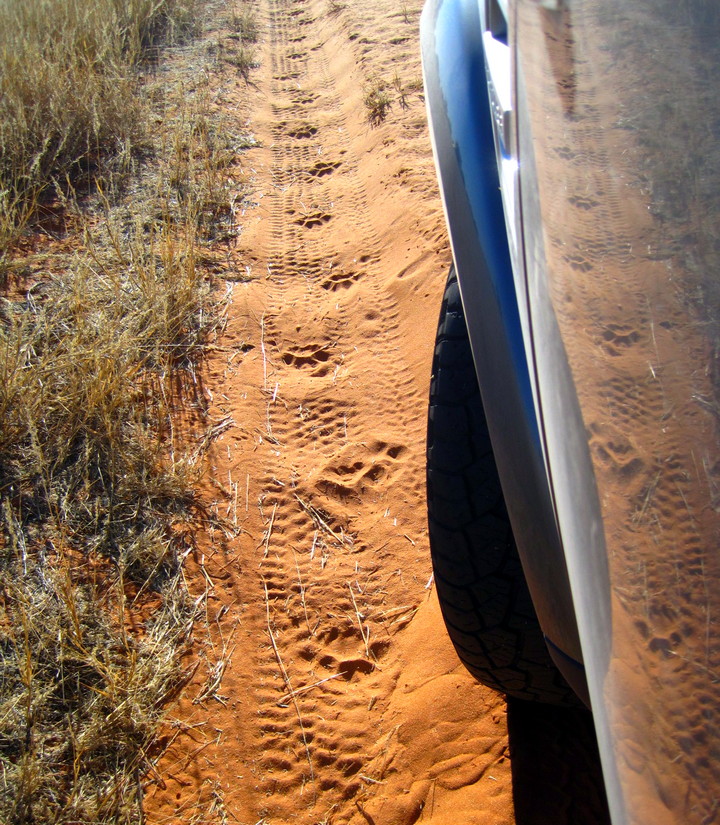 On Day Three we were leaving Gharagab on the lumpy-humpy-bumpy sand exit road. In the distance an adolescent male lion appeared around a corner, padding purposefully towards us. Then another one appeared. And another one. Eventually, eight young males loped slowly and steadily up the road ahead towards our vehicle. The leading male did not change course until he reached our Land Rover. Hirsh had switched the engine off, our windows were down. We sat immobile, not breathing. The lion stared through the window at Hirsh out of amber-yellow eyes, thinking, “Hmm, shall I take him on?” Brief hesitation. “Nah, feeling a bit lazy today.” He veered off to join the others.

The laughter afterwards was a teeny hysterical. 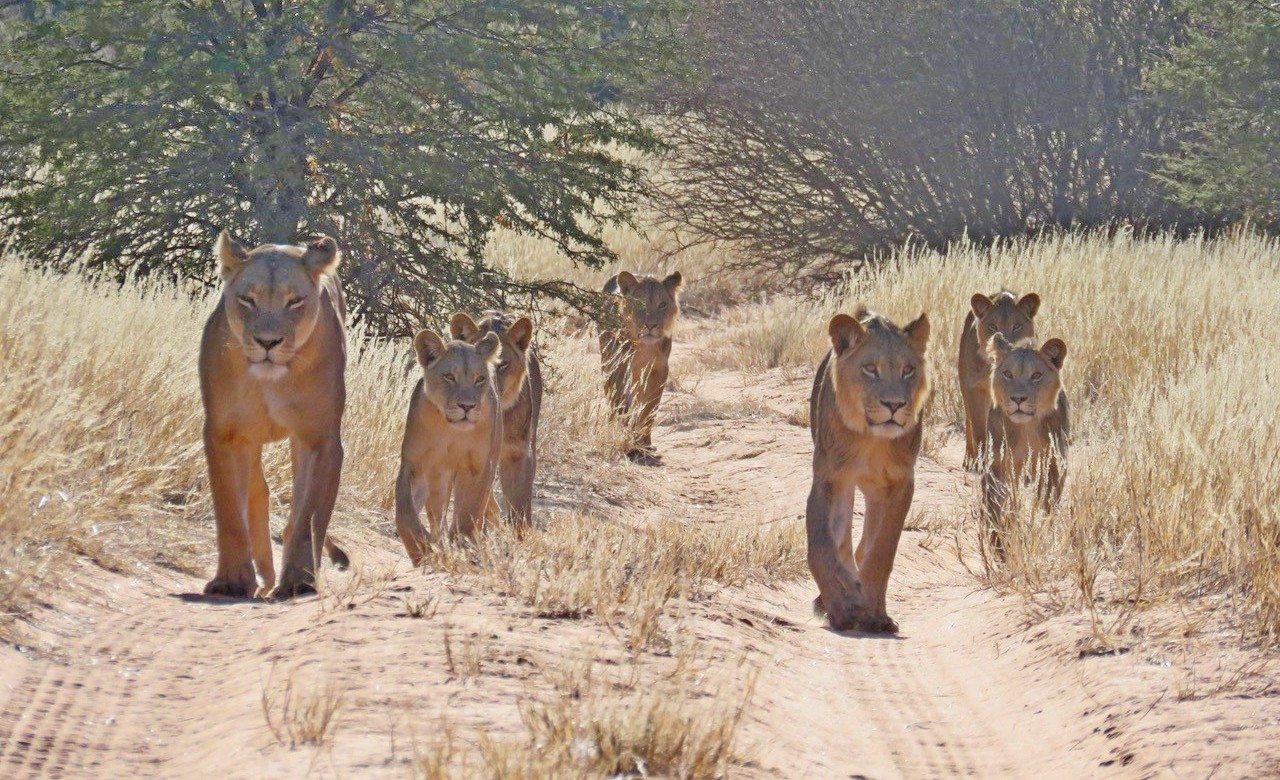 That evening at Bitterpan wilderness camp, only two of its four units occupied, dusk had just settled around us. A hoarse whisper came to us from the neighbouring unit. “Lion!” At the waterhole some distance in front of us, lit by a spotlight, was the ghosting presence of a sizable male with a massive dark mane. He let out the deepest, most resonant, most reverberating mighty roar that sounded as if he had joined us at our braai. We could almost feel the vibrations of his throat as his shunting-train grunts gradually descended. He flopped down a little way along, then repeated his territorial stakeout booming. Throughout the night he reminded us he was there. It was thrilling. 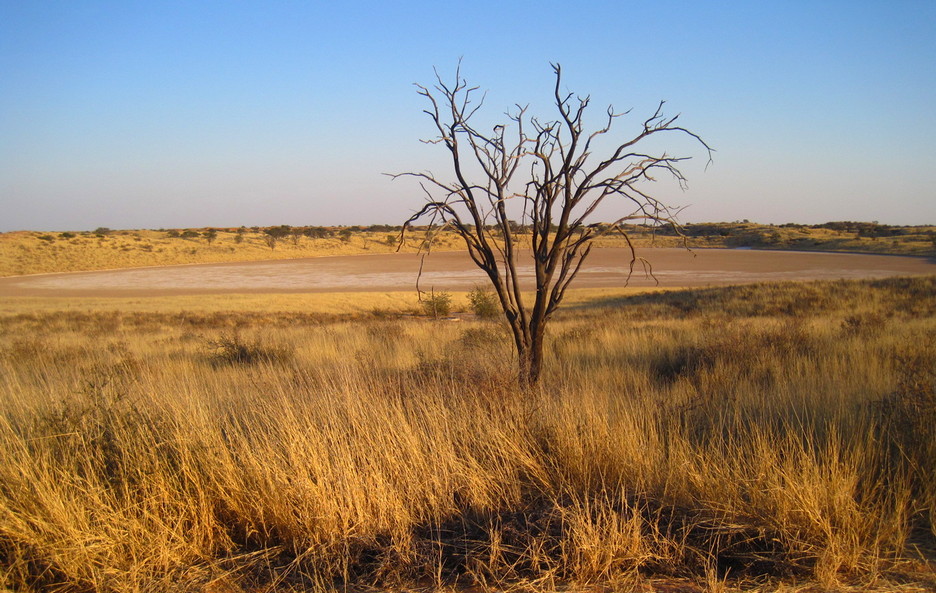 The salt pan in front of Bitterpan Wilderness Camp. Such freedom from a pandemic in these beautiful unfettered grasslands. 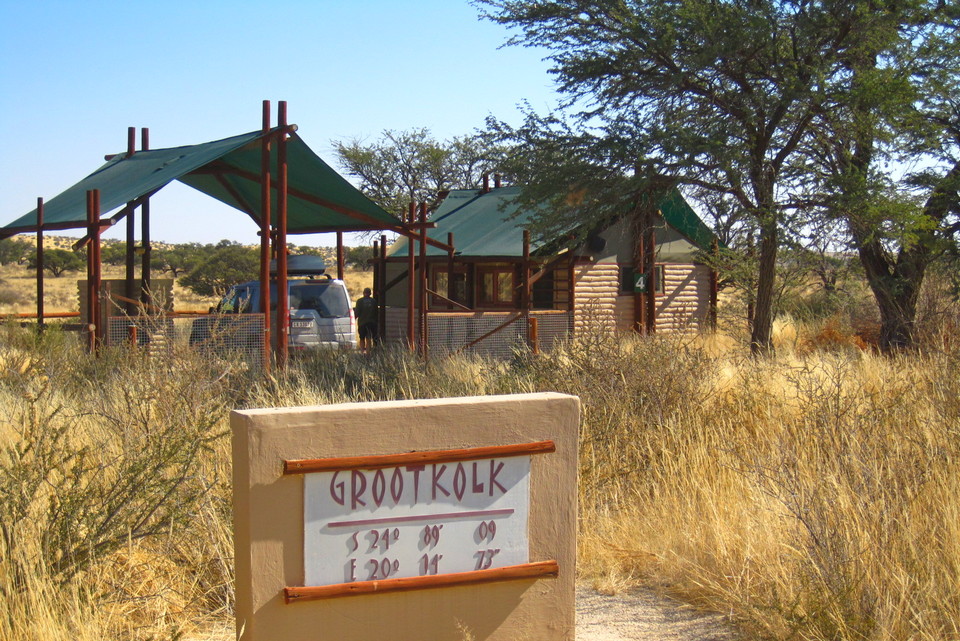 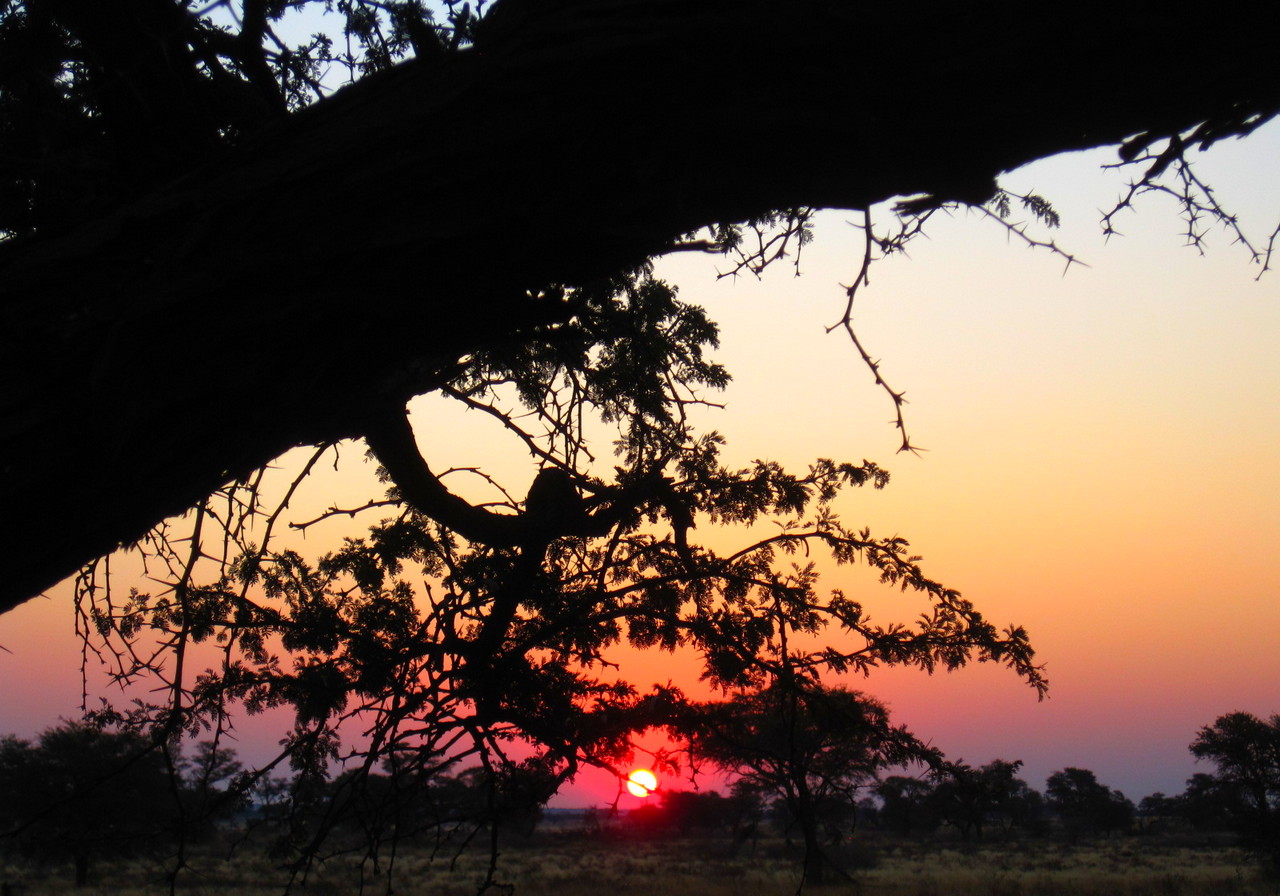 Sunset at Grootkolk Wilderness Camp, definitely a place where the cats do roam.

But this was all capped by the mating pair 1.5 metres away on an embankment at the side of the road. We were one of only two cars on the road. A female was languidly lying on her back, paws the size of side plates in the air while a golden-eyed male sleepily watched her (they’d been going at it for hours), waiting patiently for her to make the next move. When she did, she would dutifully crouch into position and the process would begin again, soundtracked with much growling and yowling (on both sides), and always finishing with a bite on the female’s head by the male. 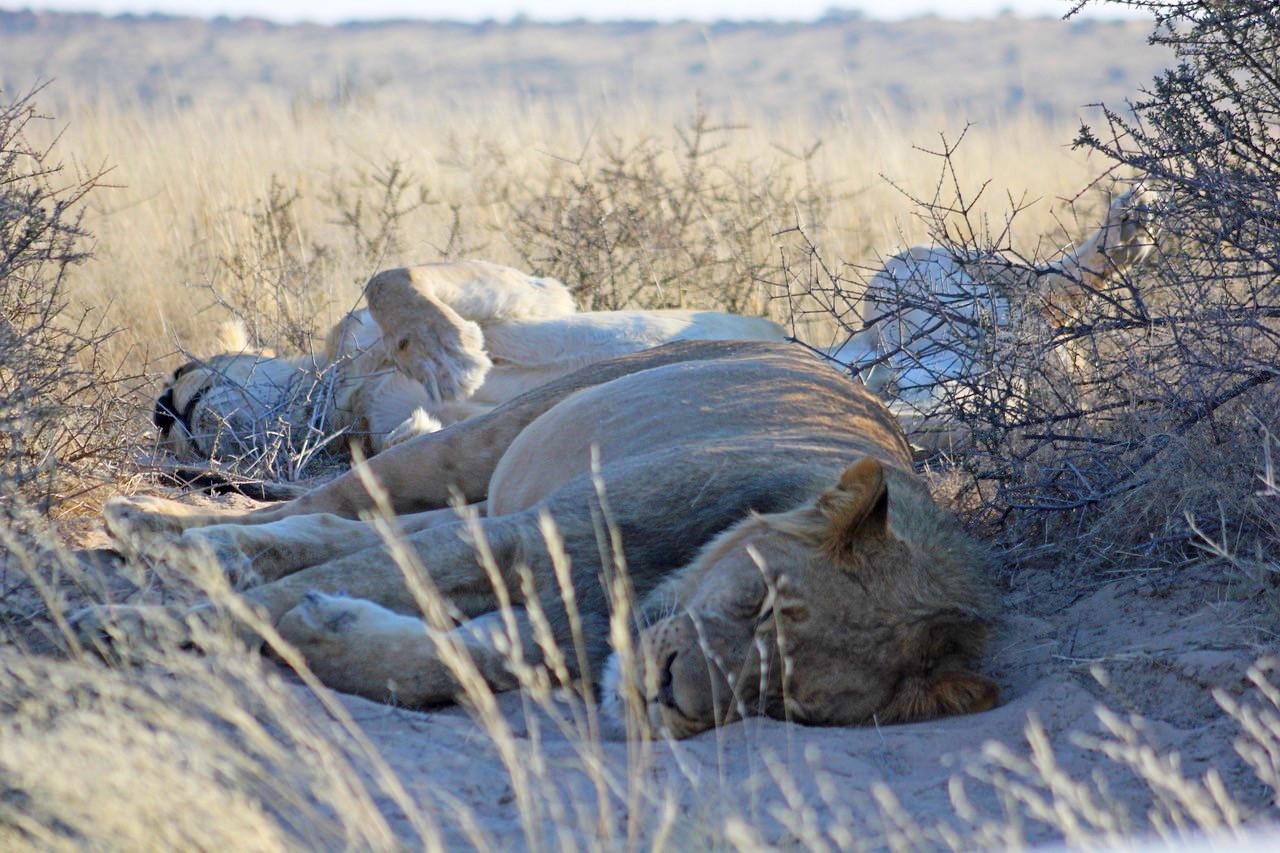 Photo above by Hirsh 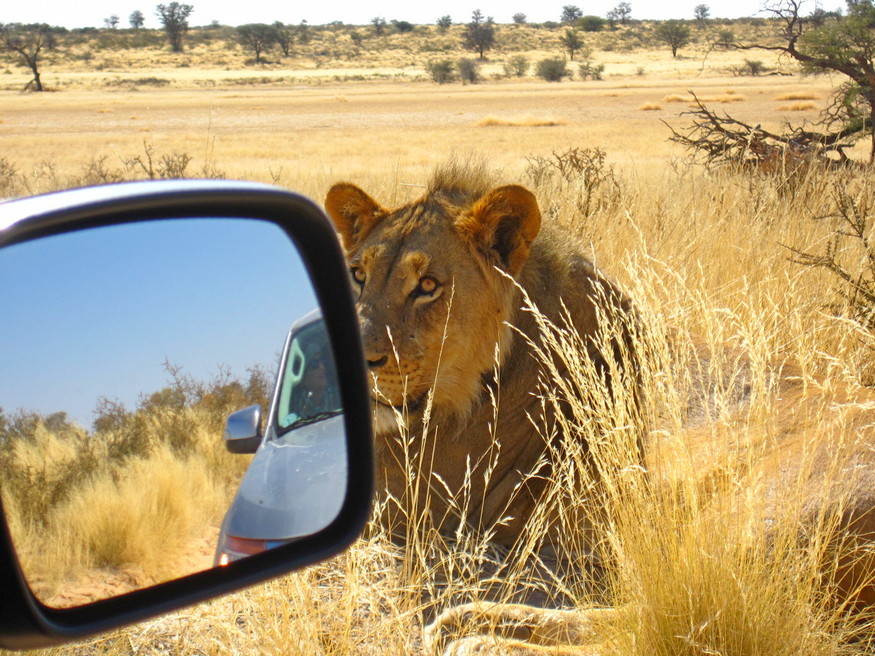 This is how close we were to the mating lions. My photo!

This is not to say that we didn’t have any other interesting sightings. We did. Raptors aplenty … so many eagles, Black-breasted Snake, Tawny, Booted, Martial, Bateleur. Verreaux’s Eagle-Owl! We saw Peregrine, Red-necked and Pygmy Falcons, fierce red-eyed Black-shouldered Kites with Zorro masks. Black-backed jackals and bat-eared foxes. Antelope. 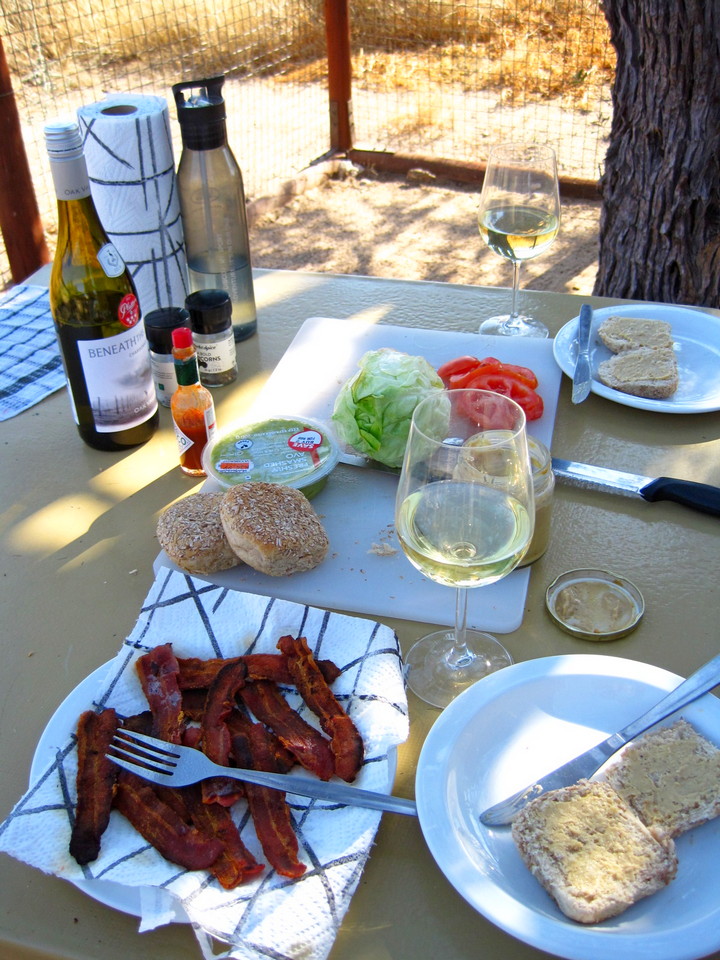 When there’s a pandemic on, this is totally where you want to be. 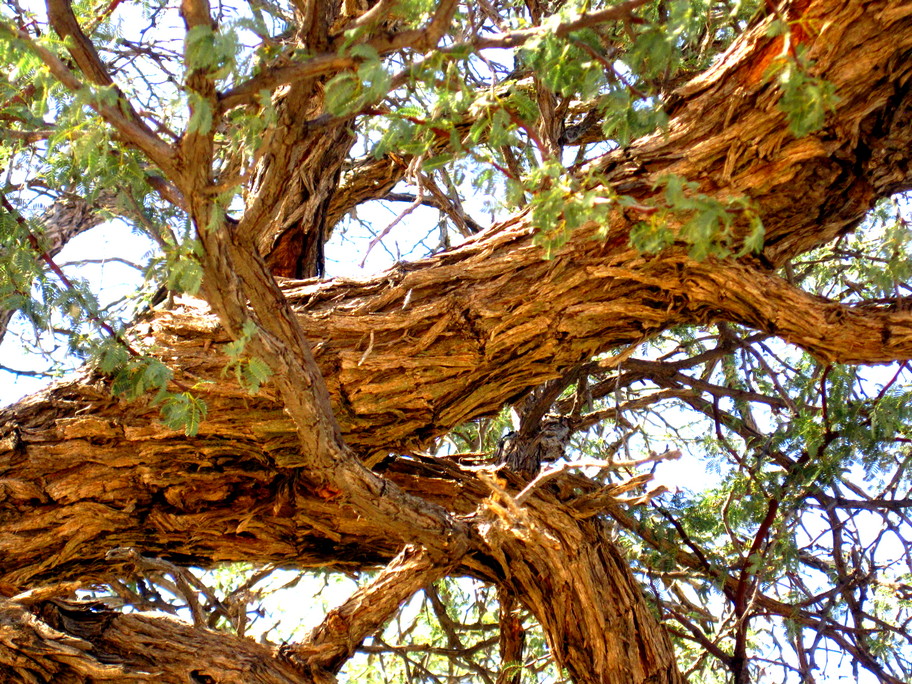 If you liked this, I also have a blog Pseudo Toronto Girl here