Well, actually, these days The Caprivi is called, prosaically, The Zambezi Region. The name ‘Caprivi’ has far too many colonialist hangovers. And as we know, colonialism now is a really dirty word. The term ‘Caprivi’ was once part of the long title belonging to the German Chancellor holding office in the 1890s — General Count Georg Leo von Caprivi (this is the abbreviated version) — which is when that particular strip of land was ceded to Germany by Britain. Today it belongs to Namibia. But there’s more to it than fusty history. 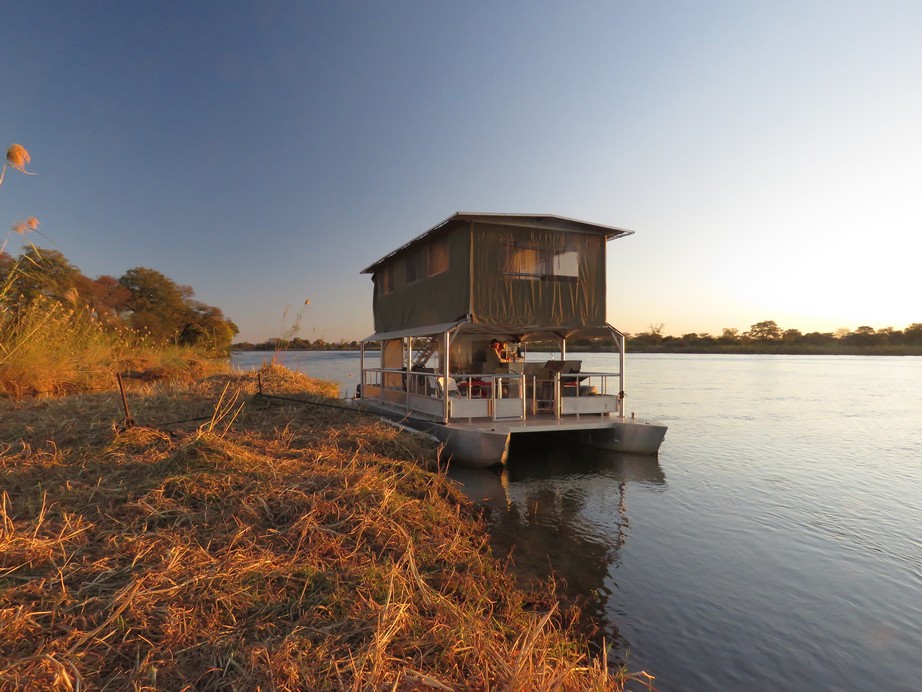 Try out for size a stay on the Caprivi’s waters in a Houseboat named Hippo. We did, and we’re converts. The mighty Kavango (or Okavango) River on the western boundary of the Caprivi, where it then broadens southward into the Okavango Panhandle, is filled with islands, sandbanks and floating vegetation mats — a habitat for hippos, crocodiles, even river-crossing buffalo, and oodles of waterbird species. Think green-backed, squacco and night heron, African jacana and black crake, breeding African skimmers.

We fell asleep to grunting and bubble-blowing hippo, splashing and snorting buffalo, the rumble of elephants communicating on the mainland. On opening our eyes, we were encircled by hippo snouts, serenaded by fish eagles and privy to dainty black-faced impala sipping at the water’s edge. You can’t get closer to Nature than that.