The USA had its Route 66, so why can’t the Karoo have its Route 62? It was American crooner Nat King Cole who made sure Route 66 was immortalised in the history books with his song of the same name. The Rolling Stones sang it, as did Chuck Berry, Ray Charles and a great many others.

“Travel my way, take the highway that is best
… it winds from Chicago to LA
More than two thousand miles all the way
Get your kicks … on Route Sixty-Six…”

And just as the famous highway Route 66 did a great job of linking smaller, unknown towns right across the belly of America from Chicago to Los Angeles, so our very own tarred R62 connects meandering travellers with (far, far prettier) country towns such as Montagu, Ladismith, Barrydale and Calitzdorp. Although in officially designated road terms the R62 technically starts at Ashton and ends at Oudtshoorn, inspired tourism-marketers have jumped on the bandwagon and insist that wine-growing towns such as Robertson, and even Worcester, rightly belong to Route 62. 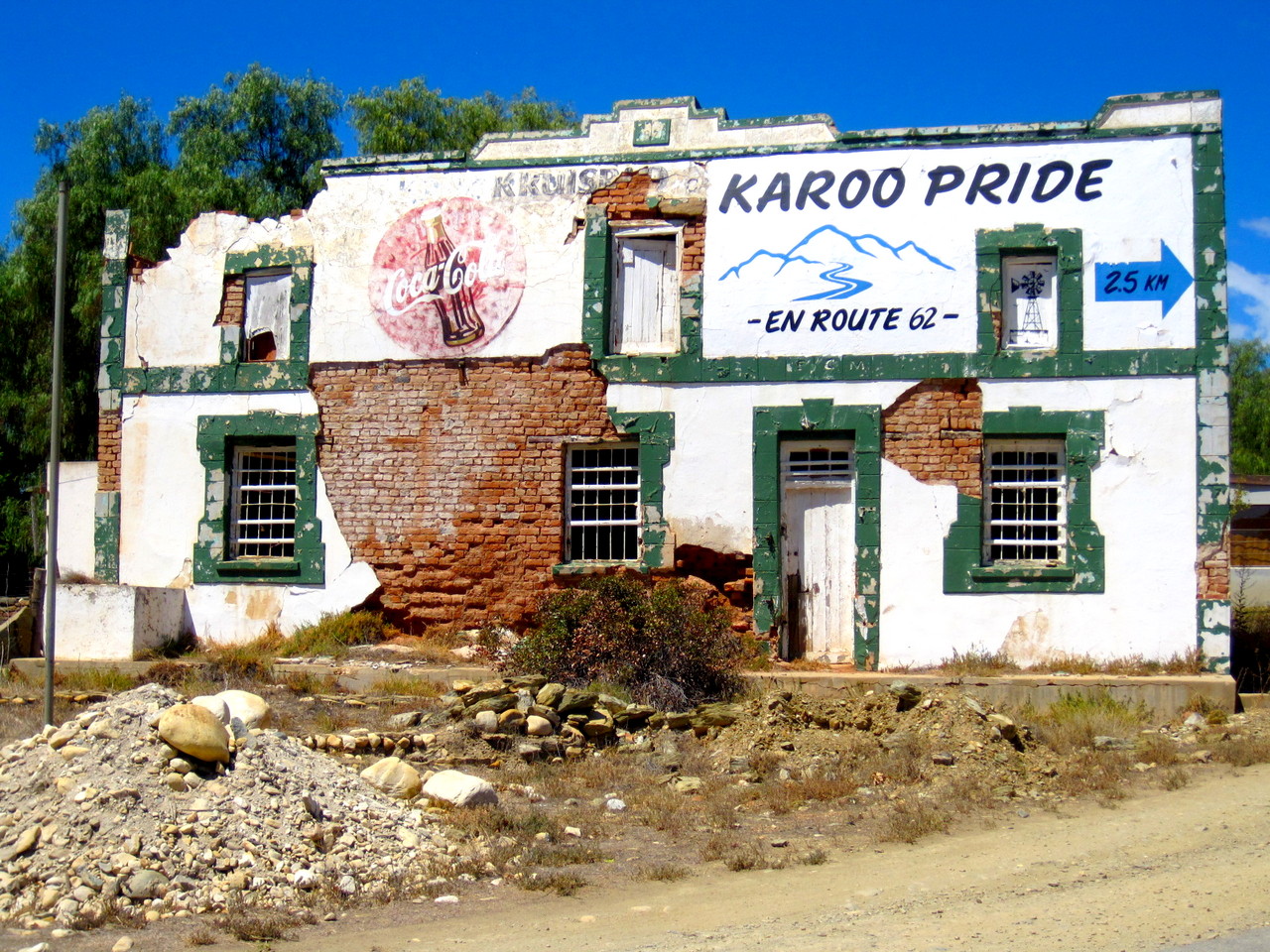 I’ve been waiting a long time to feature this photograph, embodying the ultimate in inspired (hopeful?) marketing. This villa stands on Route 62 on the Cape Town side of Tradouw Pass, near Barrydale.

What’s indisputable is that the R62 is a decidedly lovelier journey through the Western Cape’s Langeberg and Swartberg foothills, trailing trimmed and trellised vineyards, climbing winding passes and descending into snaking-river valleys — all the while avoiding those thundering wind-tunnel trucks of the N2.