I have just read a book. It affected me so deeply, I’m compelled to talk about it. The book is tense, horrifying, brutal. It leaves you speechless. But, oh, the writing is such poetry, the words have such beauty and finesse, you simply can’t put it down.

It is South African poet and author Antjie Krog’s “Country of my Skull“, an account of the Truth & Reconciliation Commission — starting with the very first seeds planted to the drawn-out and messy aftermath.

But at the same time, I’ve also been waiting for the perfect platform (This is It!) to post my photographs of two giant murals of Nelson Mandela and Desmond Tutu, that hang across the face of the Civic Centre building on Cape Town’s Foreshore. 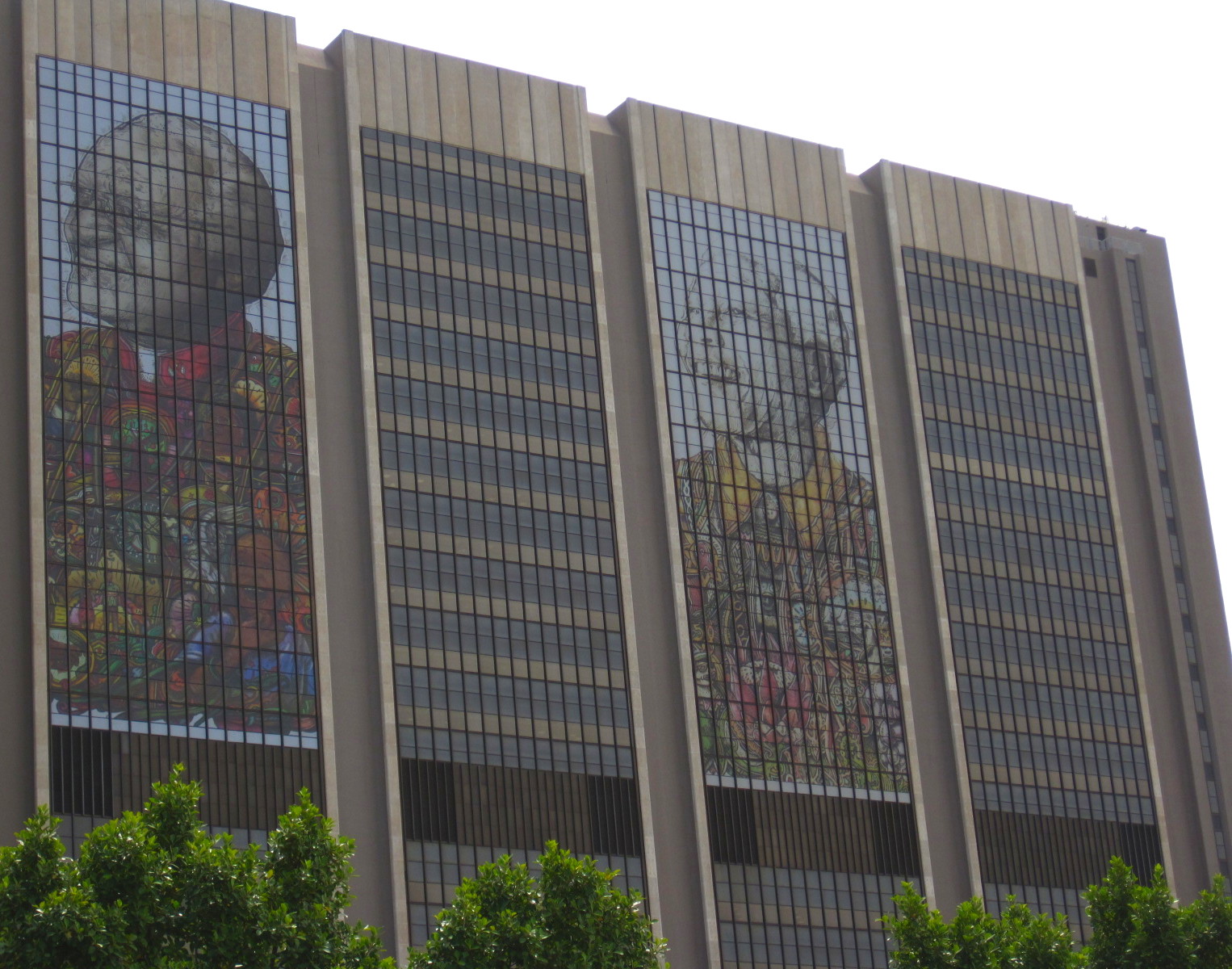 Archbishop Emeritus Desmond Tutu was the Chairman of the Truth & Reconciliation Commission. Nelson Mandela was formerly married to Winnie Madikizela-Mandela, who remained truculent and unapologetic during the testimony of her involvement in the Stompie Seipei murder case (and others). That said, these massive murals by Linsey Levendal honour the lives of South Africa’s two champions of freedom and equality. 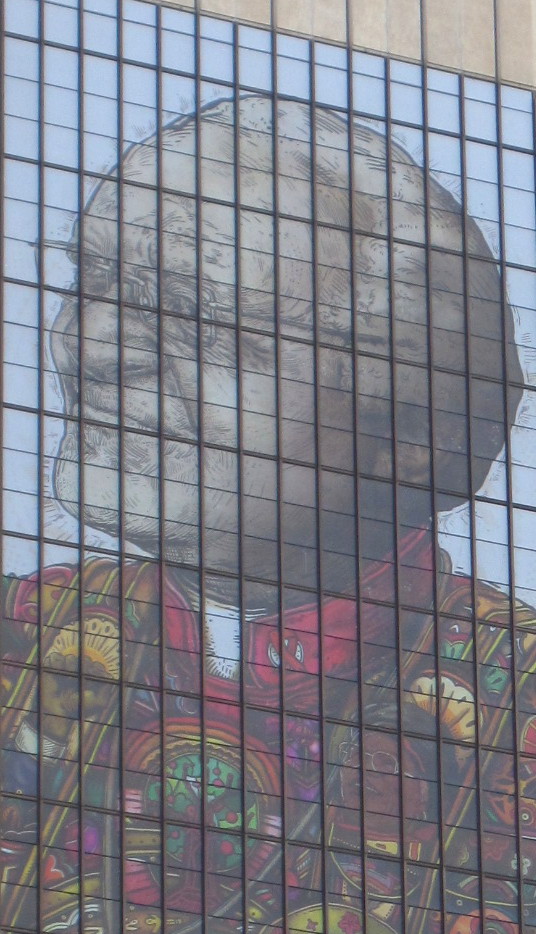 Back to the book. It all started while I was staying at that inspiring Noetzie beach cottage in January (see story here). The book was lying there, reminding me that Antjie Krog had actually stayed in this very same cottage while writing it. She’d needed a place of peace and serenity in which to immerse herself. The French actress Juliette Binoche also stayed awhile with Antjie at Noetzie, in an effort to master an Afrikaans accent for her role in the movie “In My Country” modelled on Antjie’s book.

Believe me, it’s not a pretty subject. But Antjie Krog is expert at first hooking, and then reeling you slooowly in. She extracts the kernel, distils the essence, of the story.

Antjie deeply questions her own Afrikaans heritage. She has a nervous breakdown. Tutu is diagnosed and treated for cancer. Journalists reporting on the hearings are packed off to psychologists.

Essentially what you come away with is the utterly horrifying depths of depravity human beings are capable of. Inhumane acts, cruelty, violence. On both sides of the political see-saw … the ANC, its rebel training camps and freedom-fighter groups, and the Afrikaner-led government with its heinous Apartheid rule. Among the more eye-opening testimonies are those of (the late) Vlakplaas commander Dirk Coetzee, Joe Mamasela, a turned ANC member who joined the Vlakplaas unit, Winnie Madikizela-Mandela … and the consistent non-appearance of PW Botha. But Antjie’s humanising of characters and personalities, incisive personal questioning, deep psychological analysis, her beautiful poetic soulful writing … all this makes it such compelling reading.

I’m embarrassed it’s taken me so long to pick up this book. It is prescribed reading for every single South African. 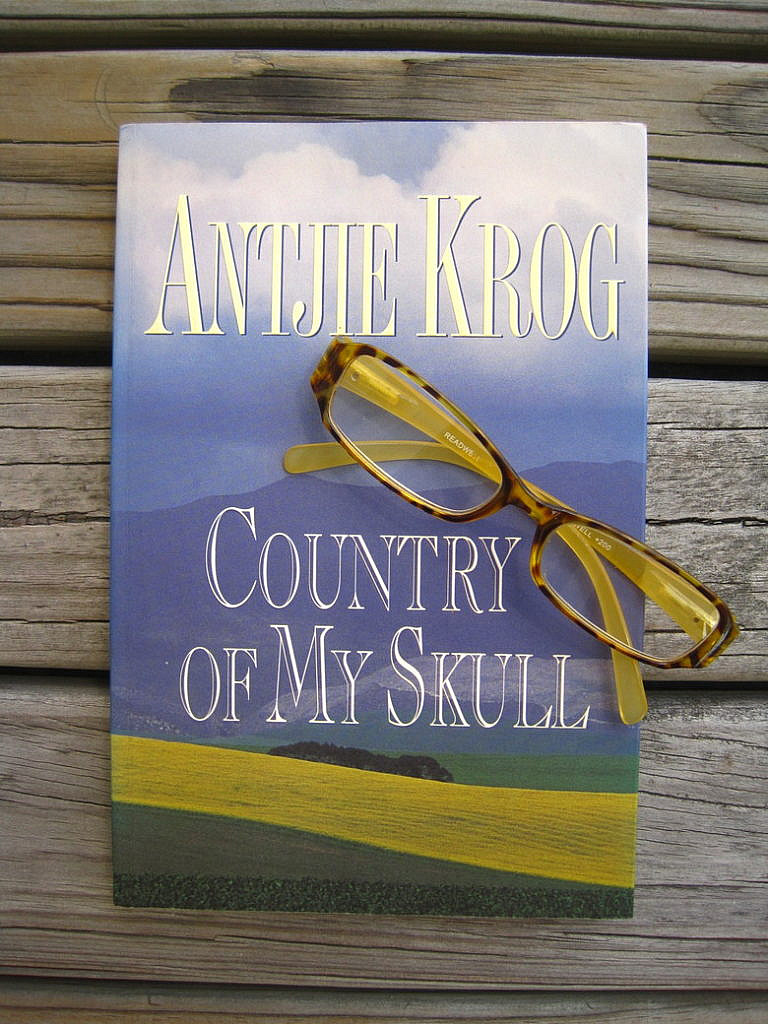